This recent release of AmeComi statues includes Gotham’s other deadly duo: Poison Ivy and Harley Quinn. These two sexy supervillains were paired up in Batman: The Animated Series and the affinity between them has stuck-becoming one of the Gotham/DCU’s more popular supervillain combinations. 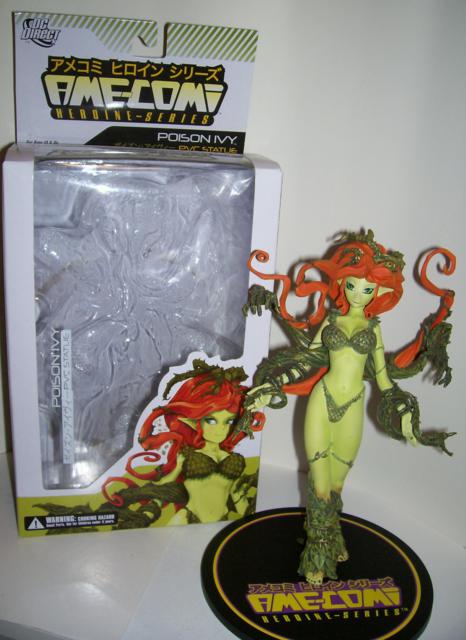 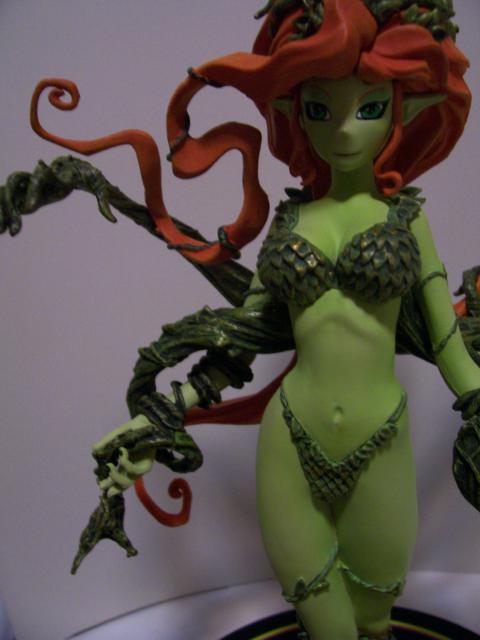 The statue itself is not poseable, although the head is slightly adjustable. Ivy comes with a standard base, which looks pretty solid. No apparent weakness around the feet. 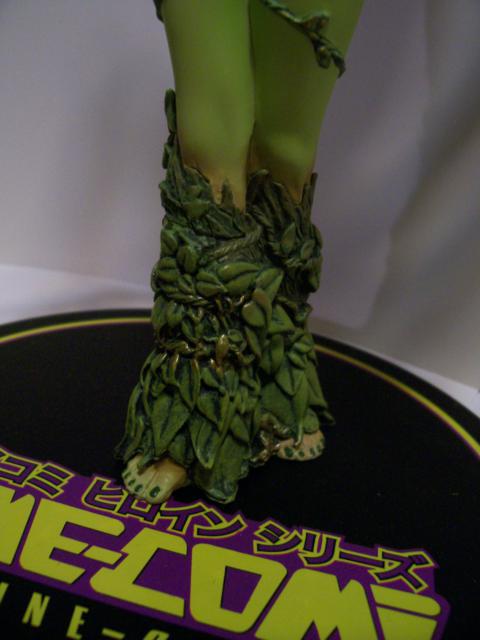 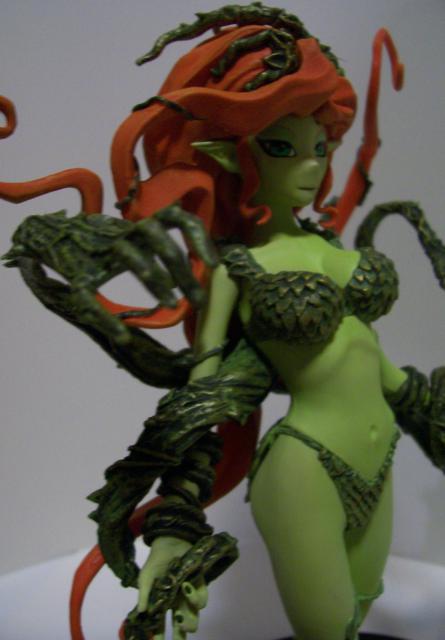 There’s still some minor sculpt issues-there’s a couple of seams that are pretty unsightly. The one that parts her hair being the one that stands out as most distracting. On the whole, there’s still a lot of really good detail on the sculpt, especially for the plant fiber tentacles and foliage surrounding her feet. 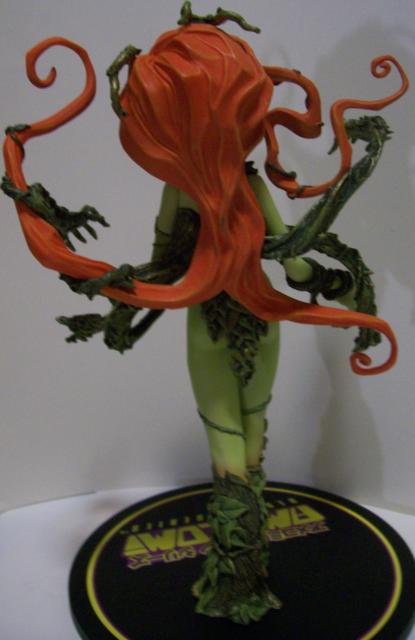 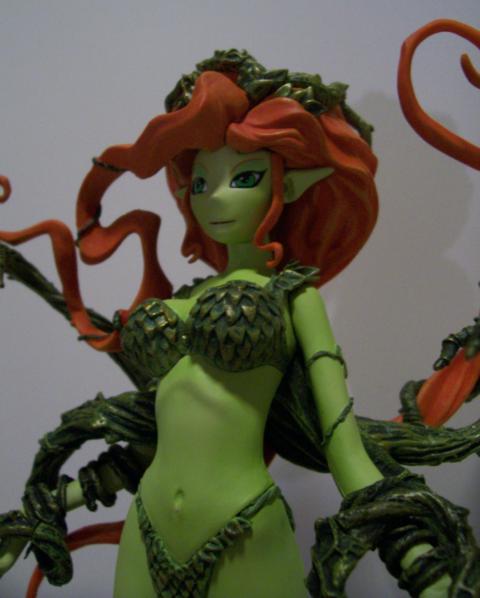 Ivy has good presence when side-by side with Harley.

The overall look of these figures is still pretty ‘PG’ rated. Sexy, but not overly so…sort of similar to the Bome statues that Kaiyodo makes. I think that the upcoming Marvel Bishujo statues will probably raise the bar for these kinds of figures. 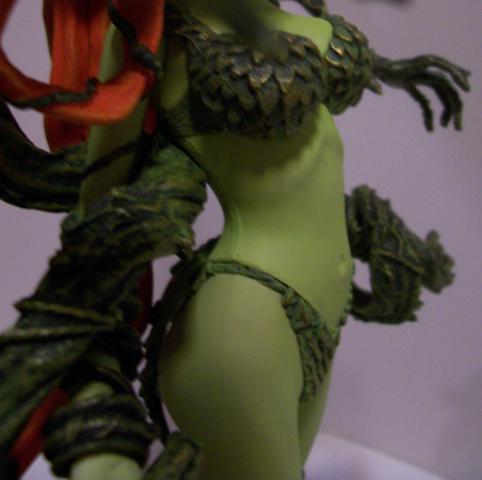 Its never been my perception that these figures have been provocative enough and given that people complain about these statues being too sexy-seems like, if you’re going to be accused of it, you might as well live up to it. 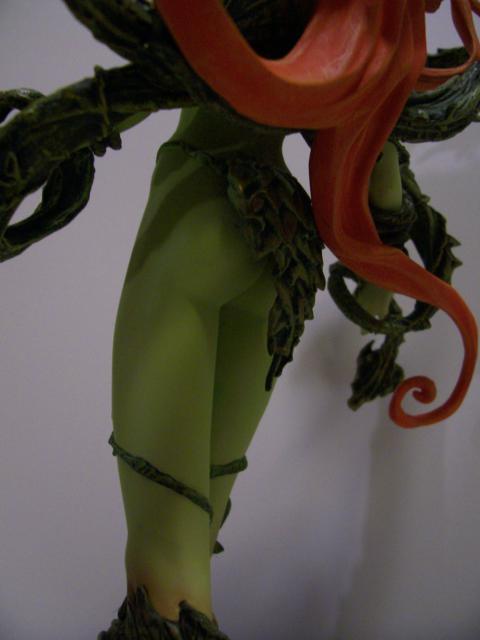