What is your earliest memory? One of, if not my earliest memory, is being in a field with grass as tall as my head. We were in a field having a picnic, and I remember the car, a blue Volkswagen beetle. This was 1975, so the Beetle was obviously much older than that. Below is a picture of that actual Beetle on that actual day. 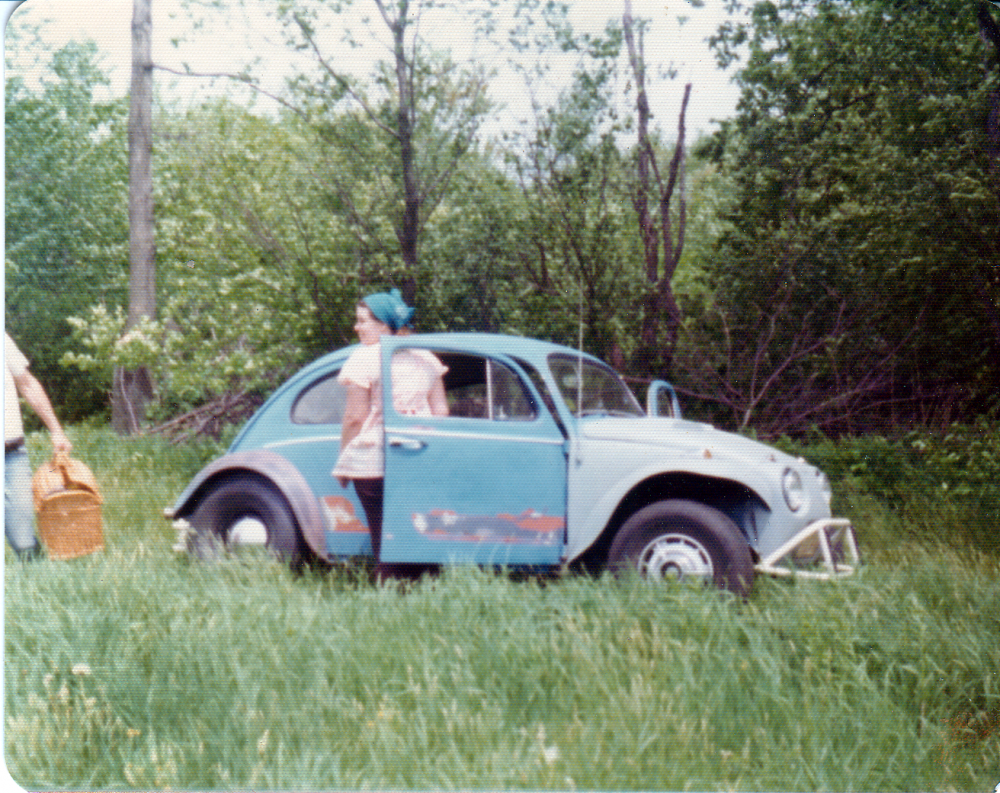 Looking today at this photo, for the first time I wondered - who took this photo? I have no idea. I was 3. but that car is seared into my brain as one of my earliest memories. Back then it was just my Father, Mother and I - my sister wasn't born yet. My mother was probably pregnant in this photo. 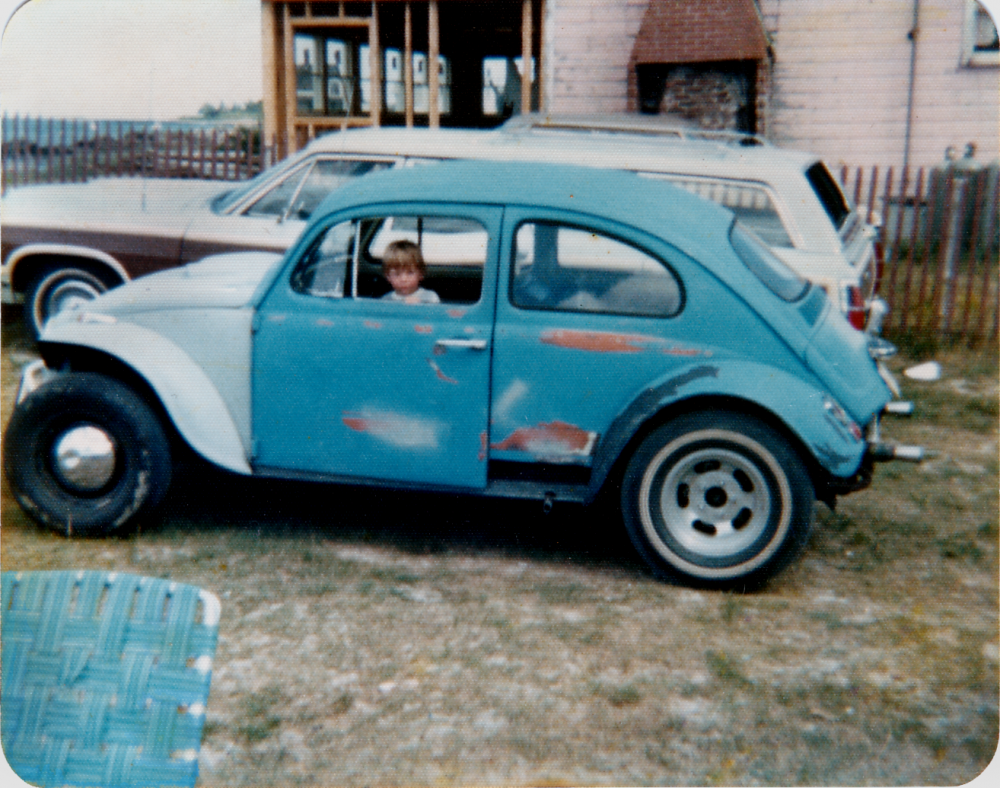 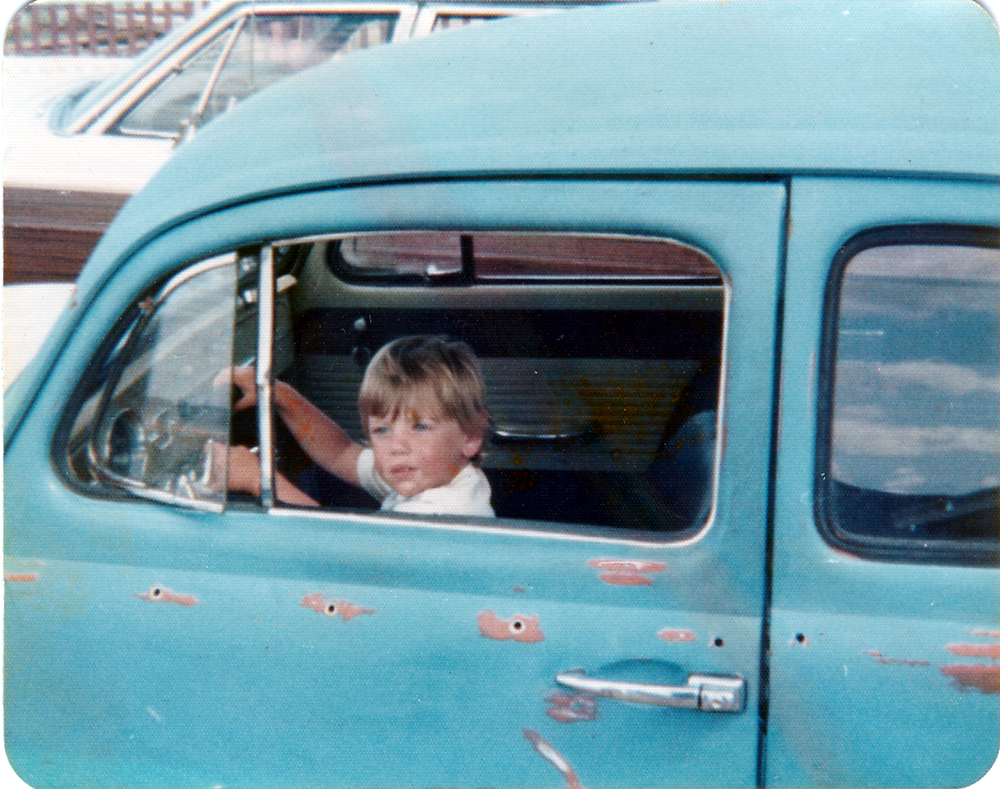 Thats yours truly behind the wheel of the car. I remember it sat for a while at my Grandmother's house in the front yard, then I don't know what happened to it.

I tell you this because Playmobil made a toy of a 1960 Volkswagen Beetle that just hit me so hard with a nostalgia vibe. I had already gotten their VW bus, which coincidentally looks like one we had in the 80s. But this car is pretty close to the core of that dune buggy. Both this and the bus were released in 2021.

This toy was provided graciously by Fun.com. Get yours here! 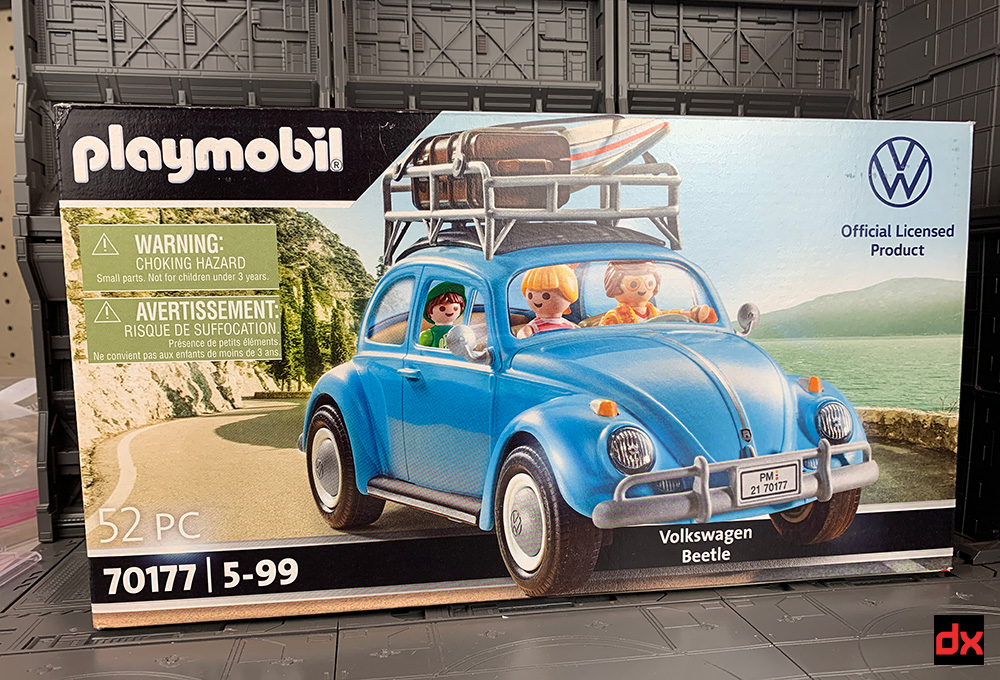 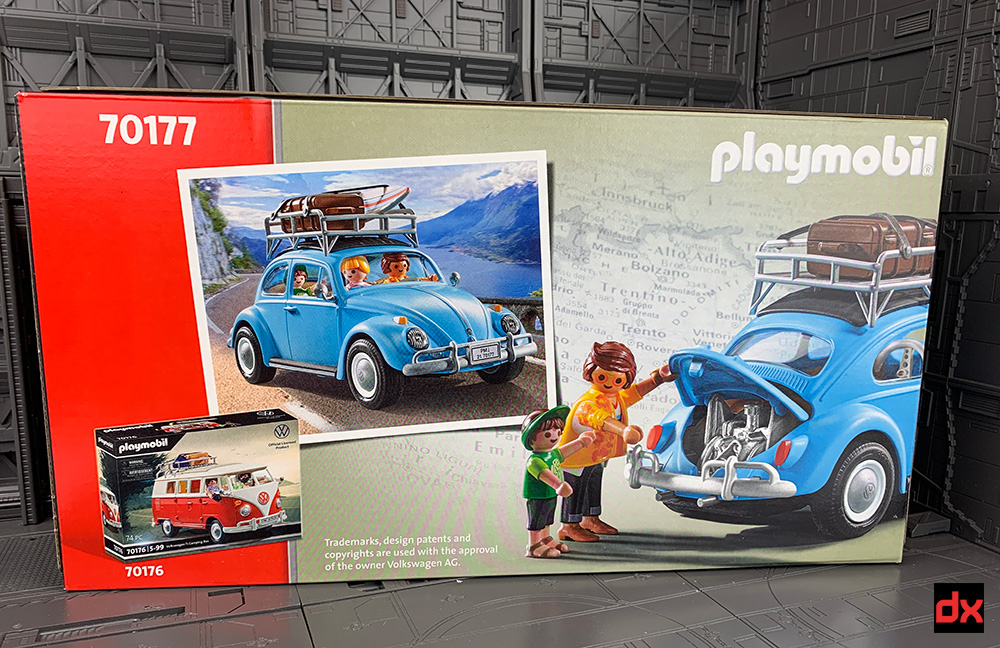 This is a licensed toy, so it appears to be pretty accurate. I'm not a car nut and therefore don't know the tiny details, but I doubt VW would approve of anything wrong. The toy comes in parts in little baggies and requires minimal assembly. 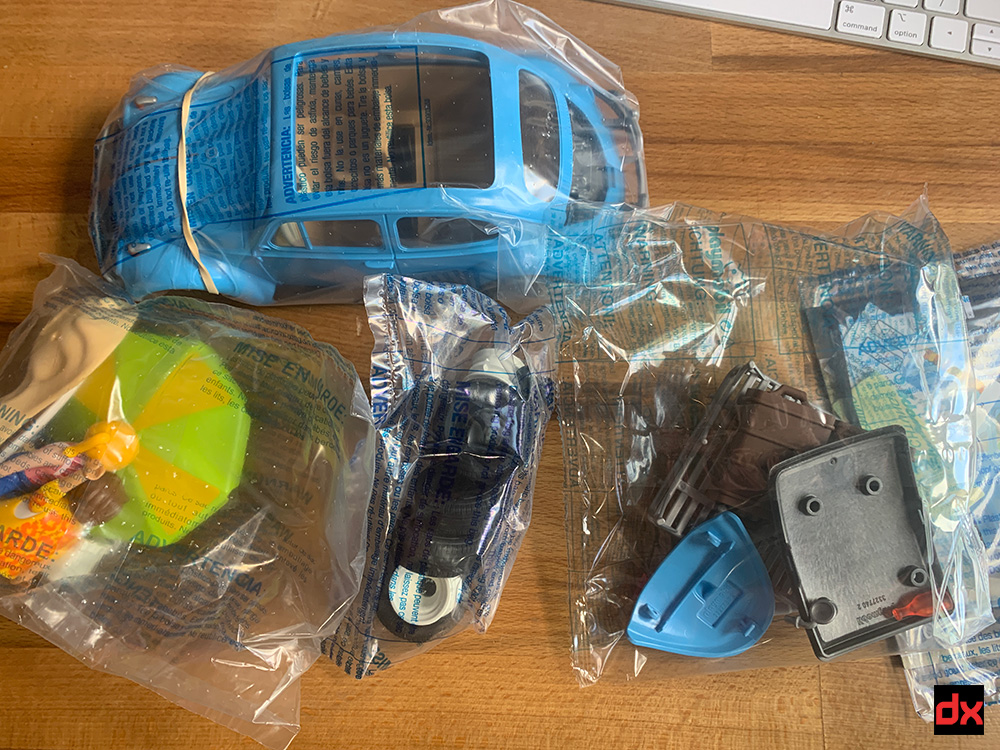 I'm always amazed at the sheer quality of Playmobil toys. I never had Playmobil as a kid, I was all about lego and Playmobil was super expensive. But I loved their European aesthetic and now as an adult I love it even more. Like Lego, the core "feel" of their toys hasn't changed, just the sets have modernized with the times. Their space sets are legendary. More and more as I get older I appreciate the toyish-ness of these. 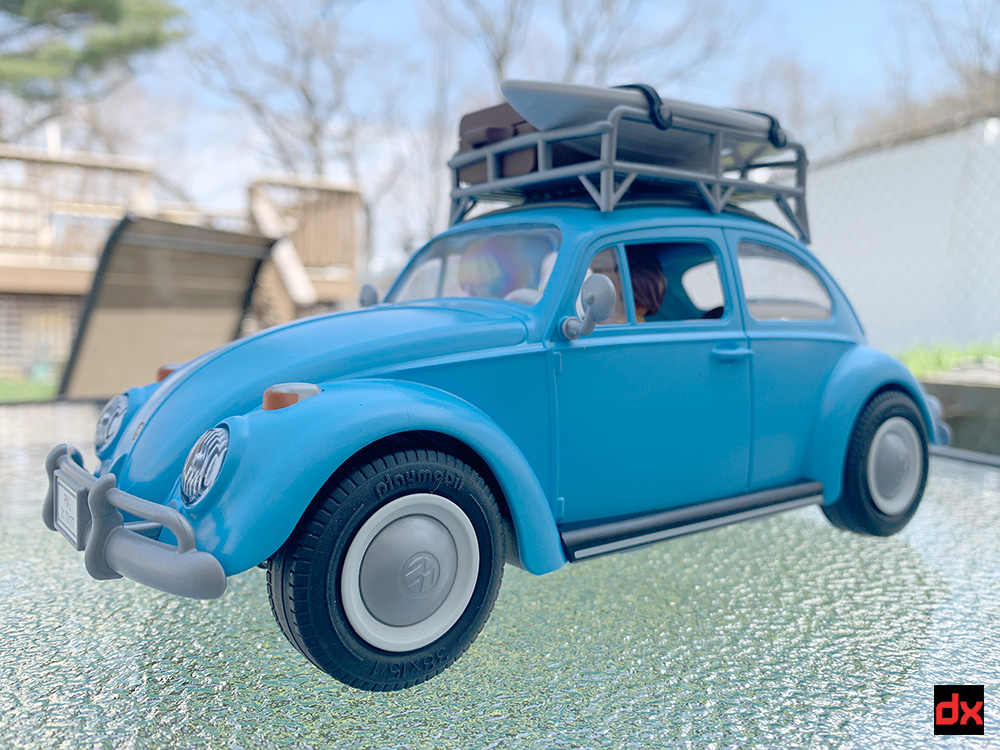 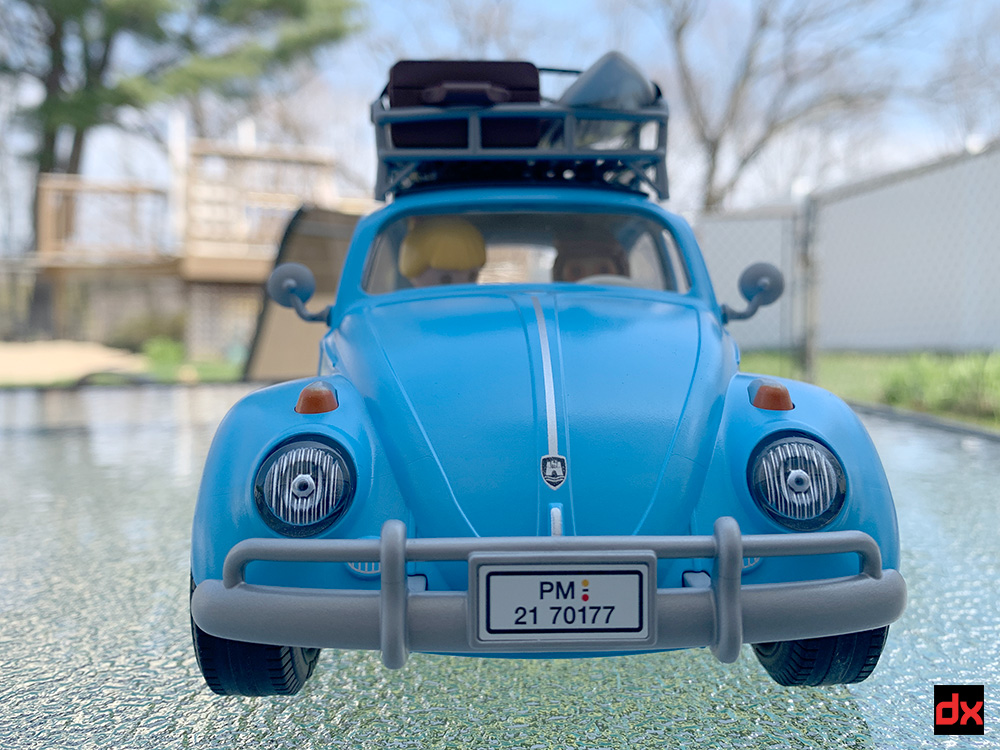 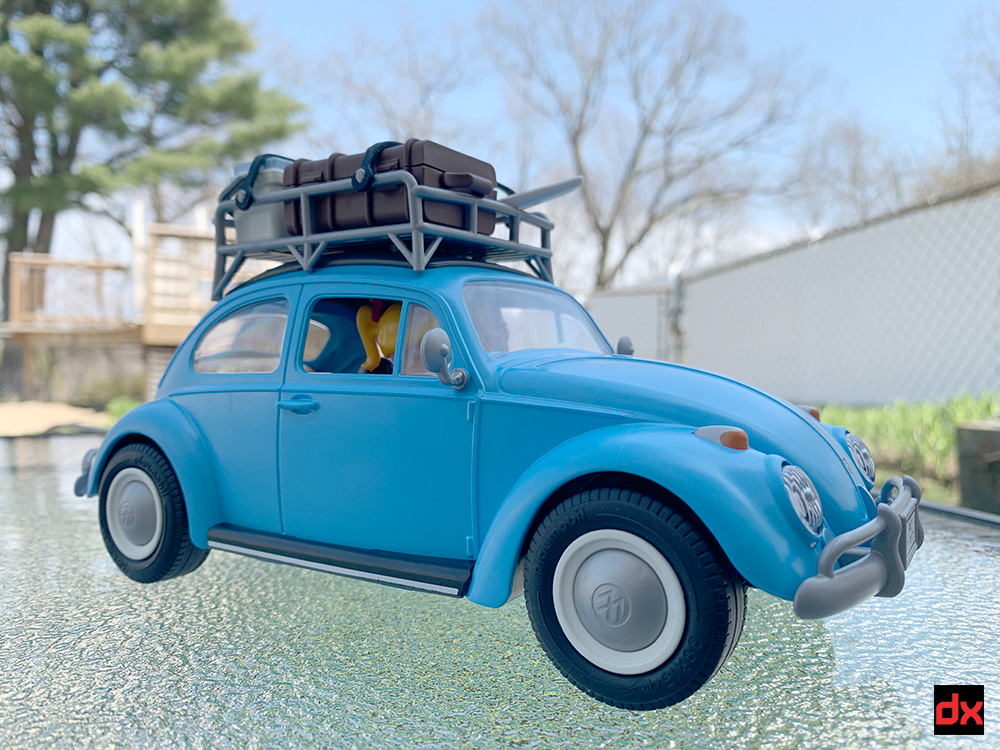 The car features amazing rubber tires, an opening rear engine hood, and a removable roof rack. None of the doors open, nor does the front trunk. I think that's sort of a thing with Playmobil, as doors tend to get lost in play. 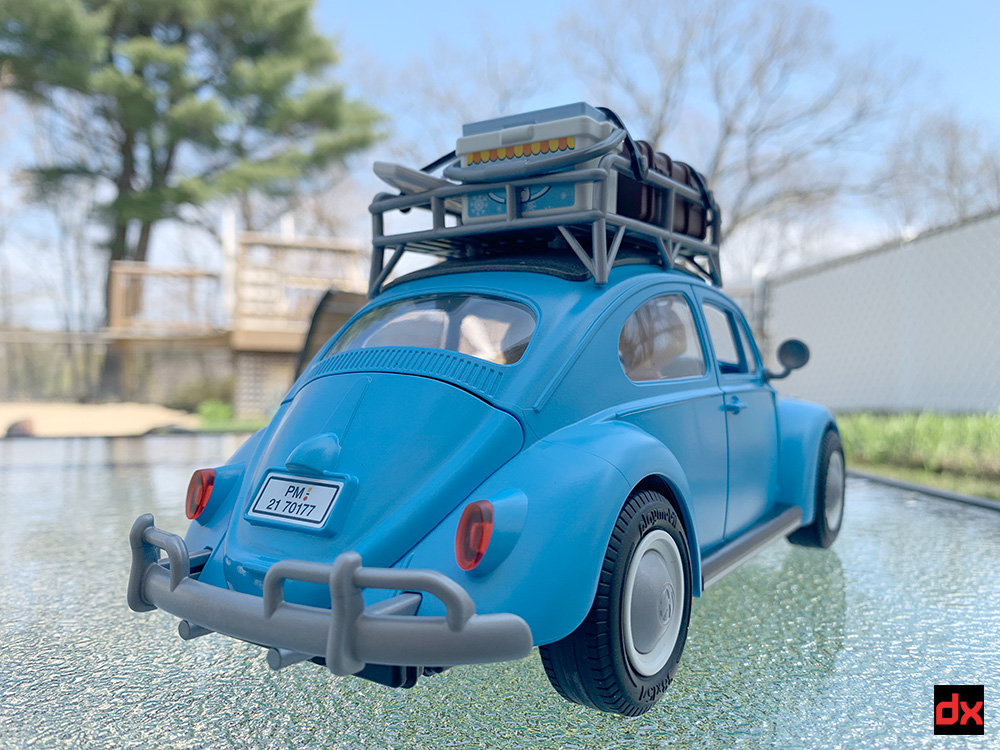 Note the license plate, with its european style. The PM stands for Playmobil of course. The 21 is the release year, and the set is 70177. 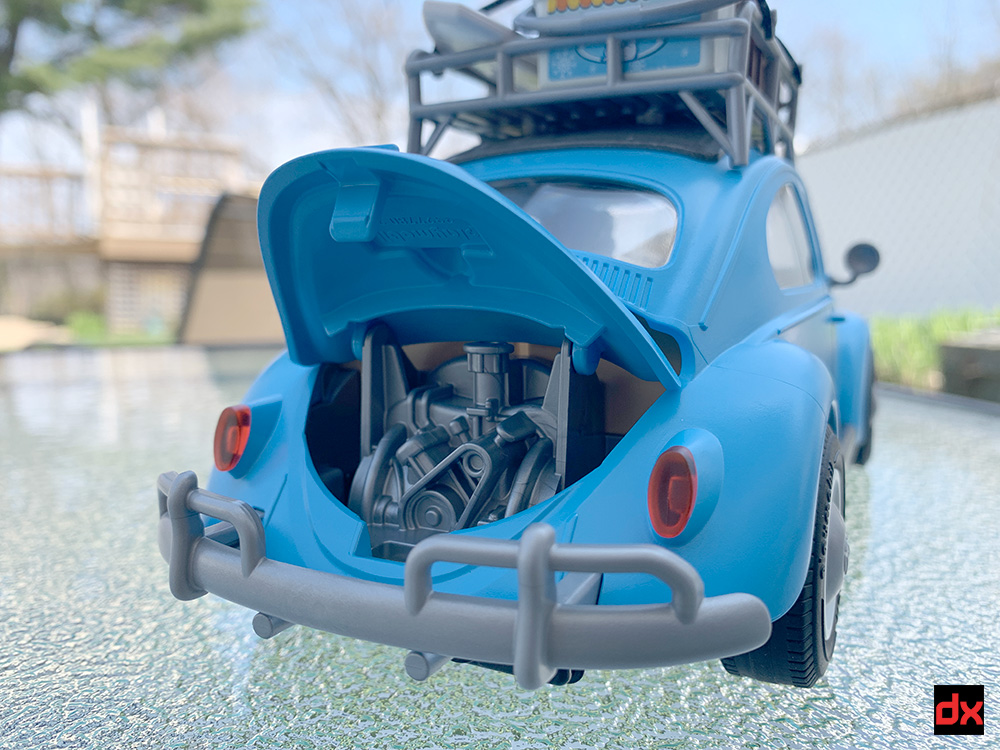 The entire roof assembly is removable, as is the roof rack. There are two rubber straps that can hold down the accessories. 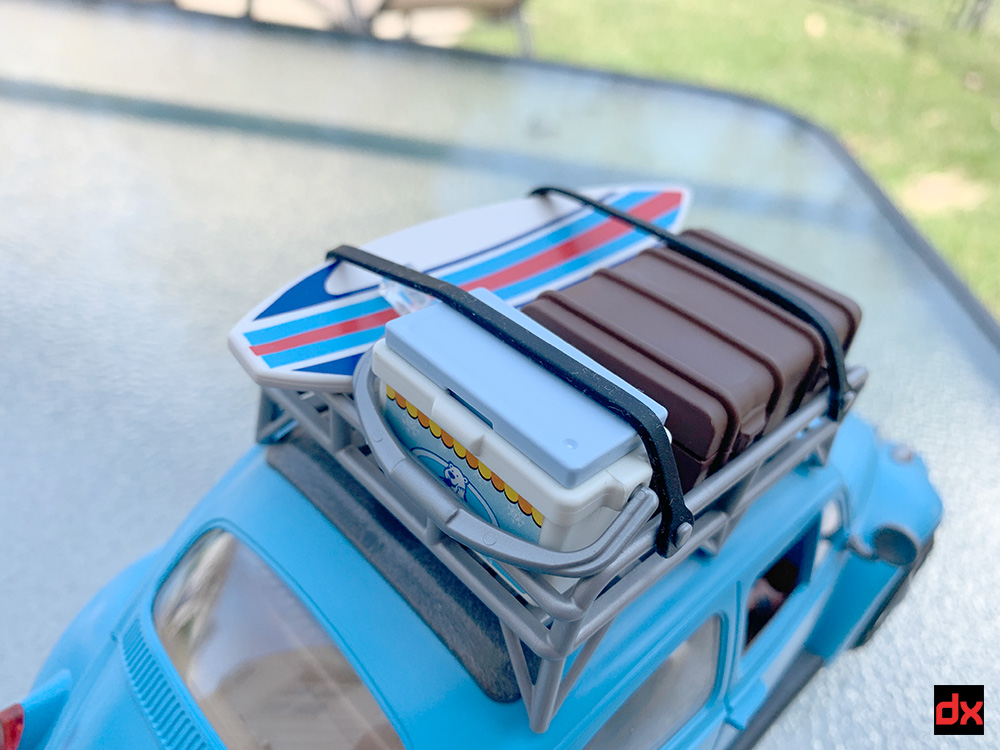 The interior is minimalist, with some accurately placed dashboard details, but no stickers or anything. It's one solid molded color. The grooves on the floor help keep figures seated. 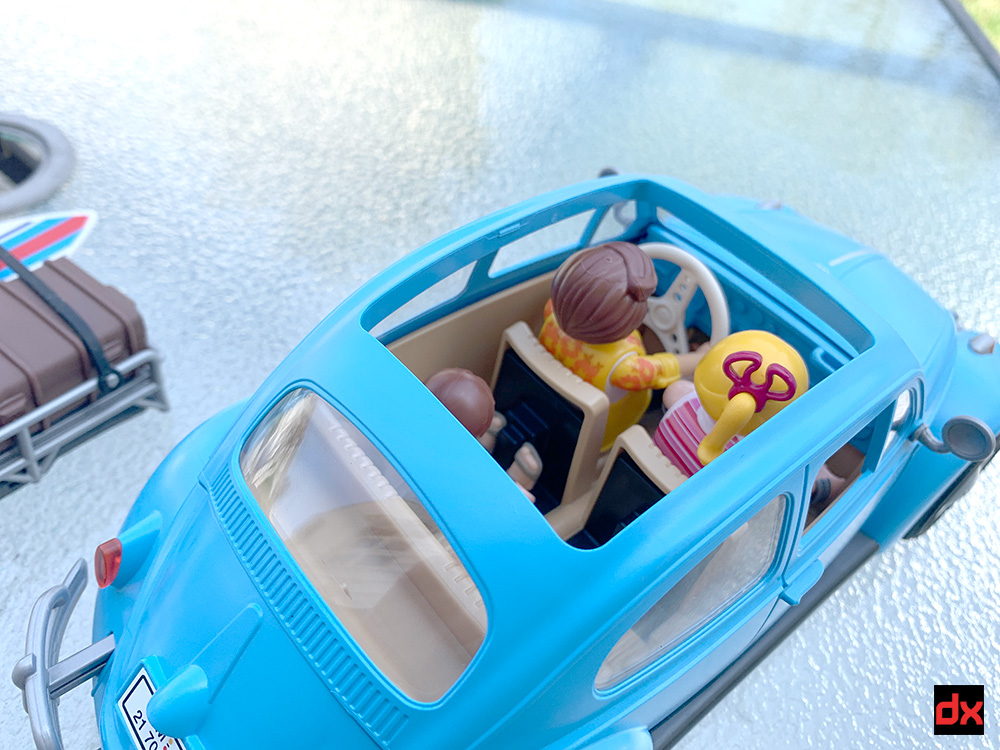 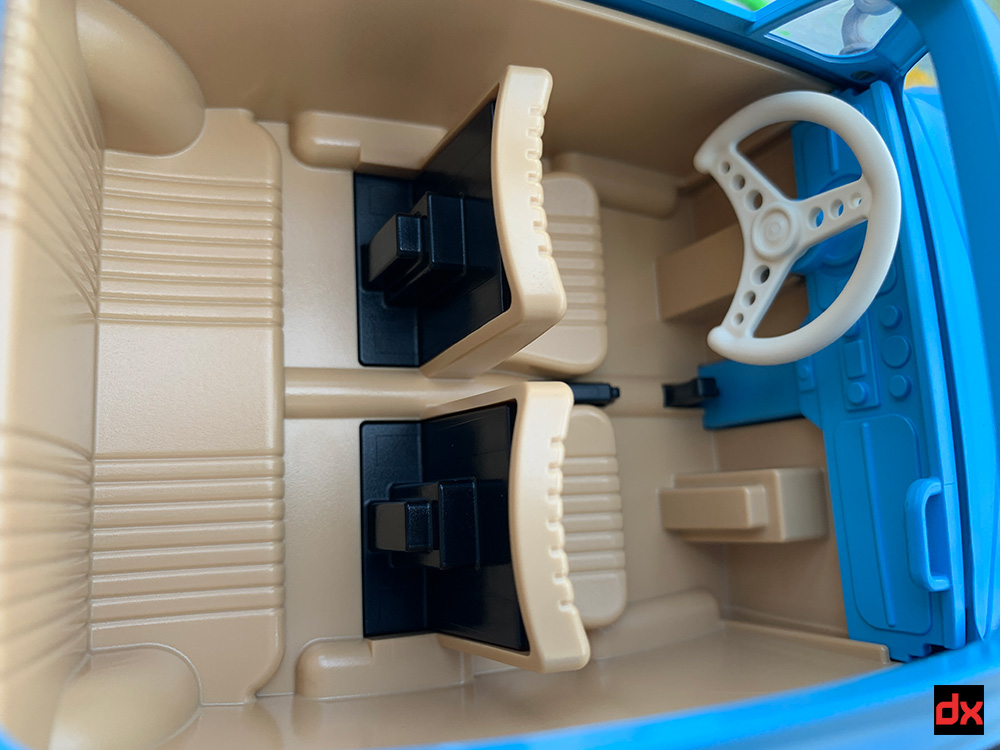 What is trippy about this set, is that the set includes a Mother, Father, and little boy, just like us. My Mother was blonde, my Father had brown hair. It's all too surreal for me. 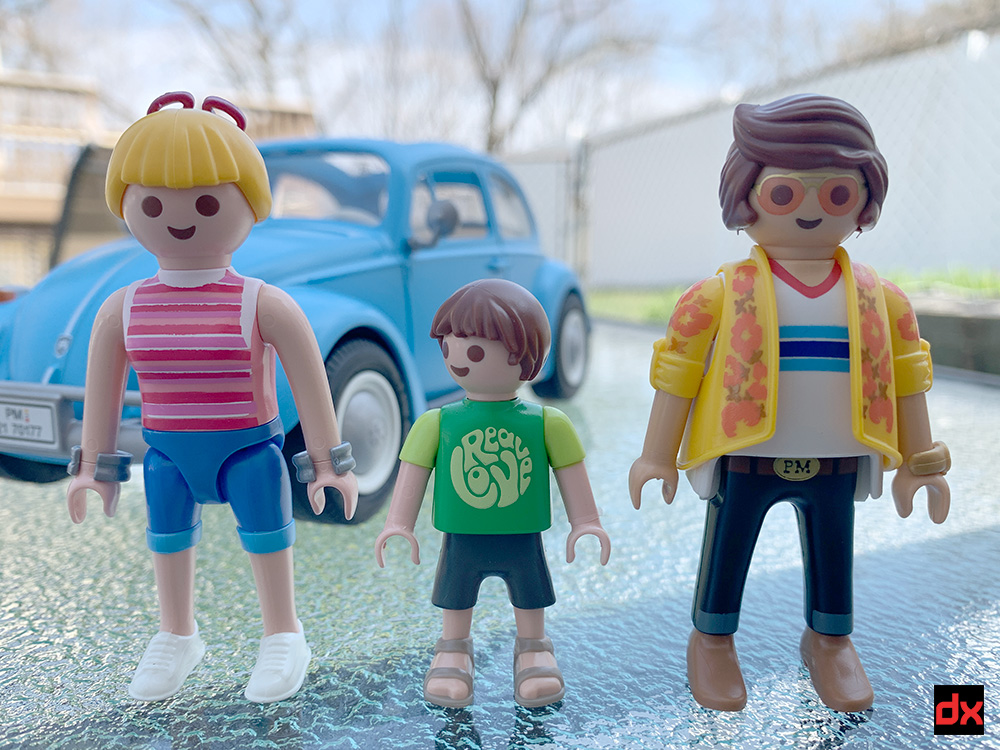 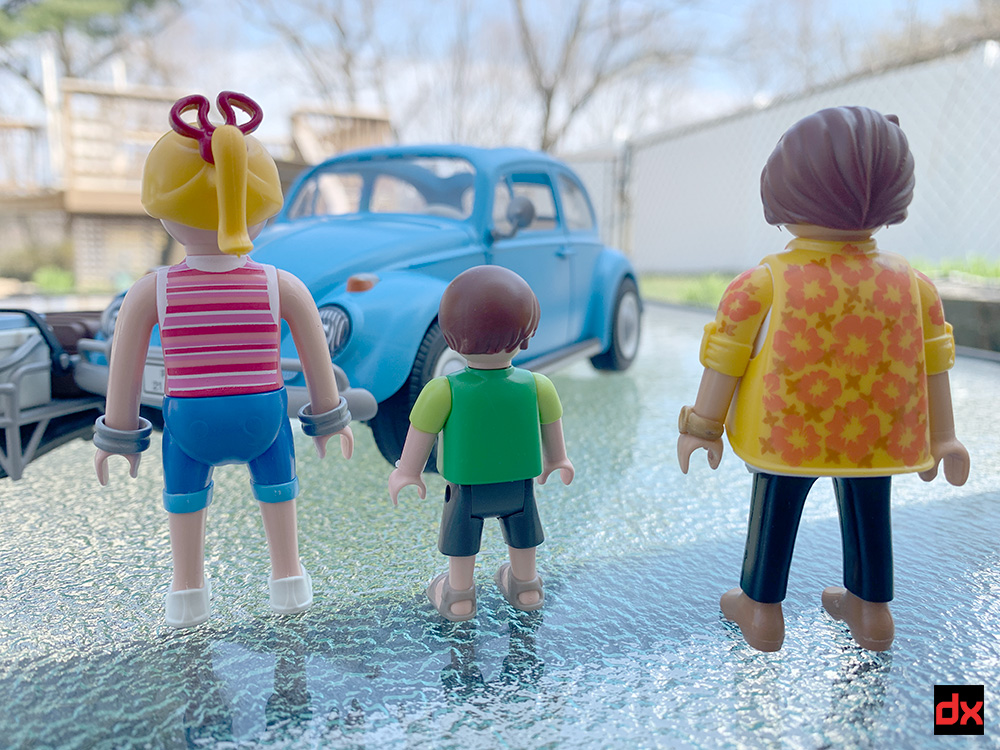 One thing I liked about the VW bus is everything was self contained, meaning it all packed up in the bus. Here they added in a little beach set with a sandcastle, umbrella, pail and beach tools. These will go back in the box when it goes on display. 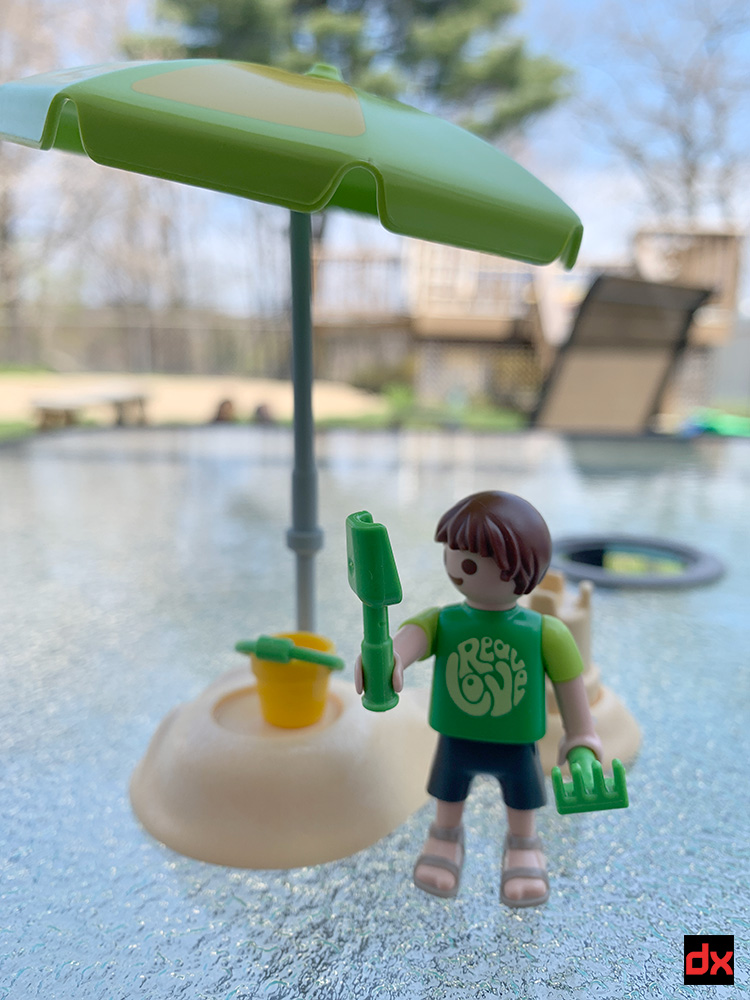 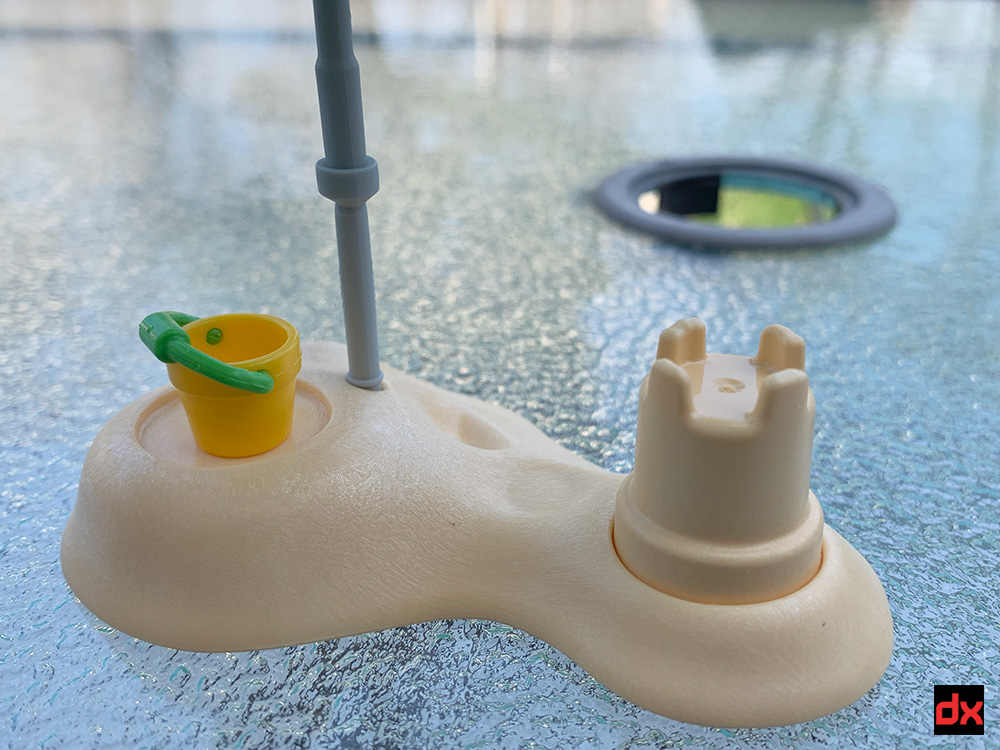 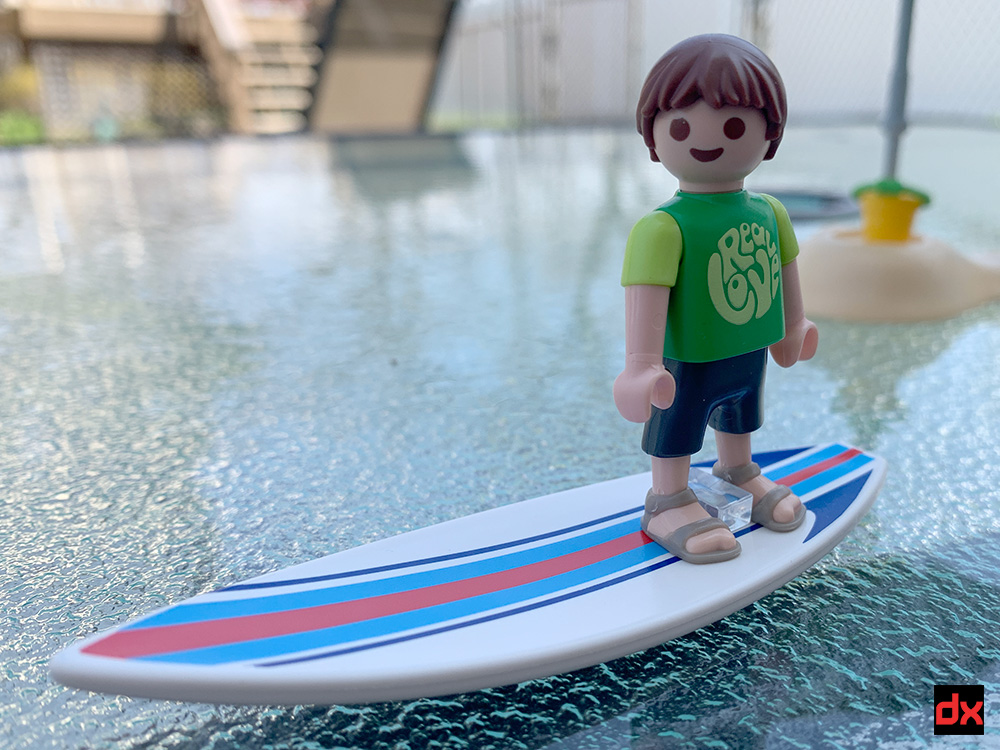 I never surfed, but as a teen I was a skater, so they are sort of close. There's a cooler with beers though - that's on point. 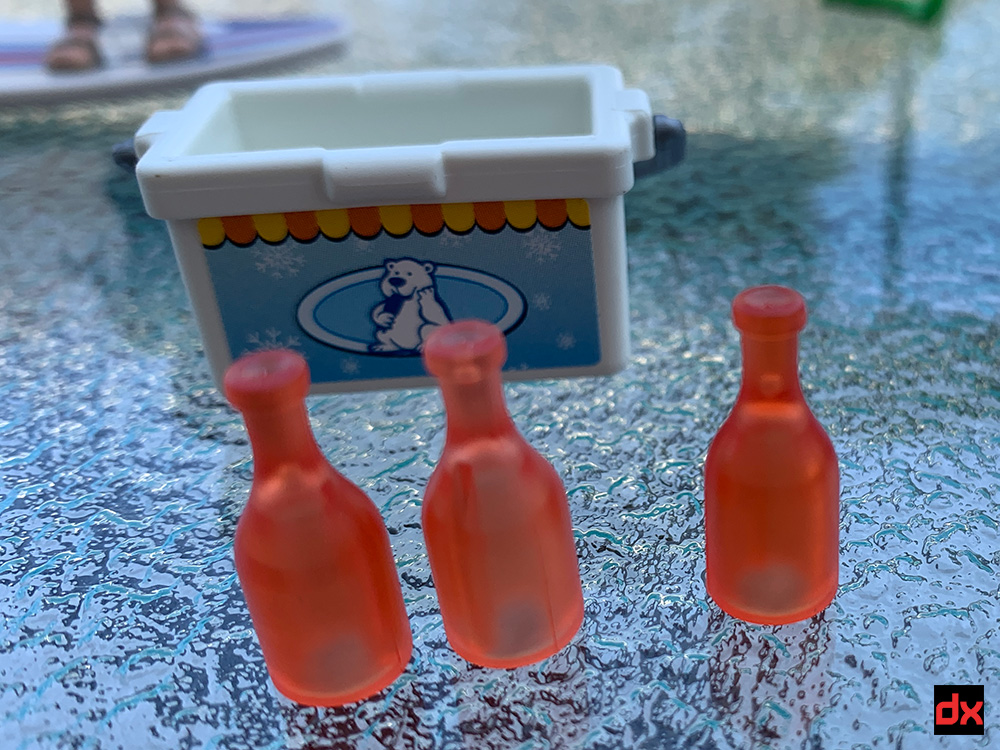 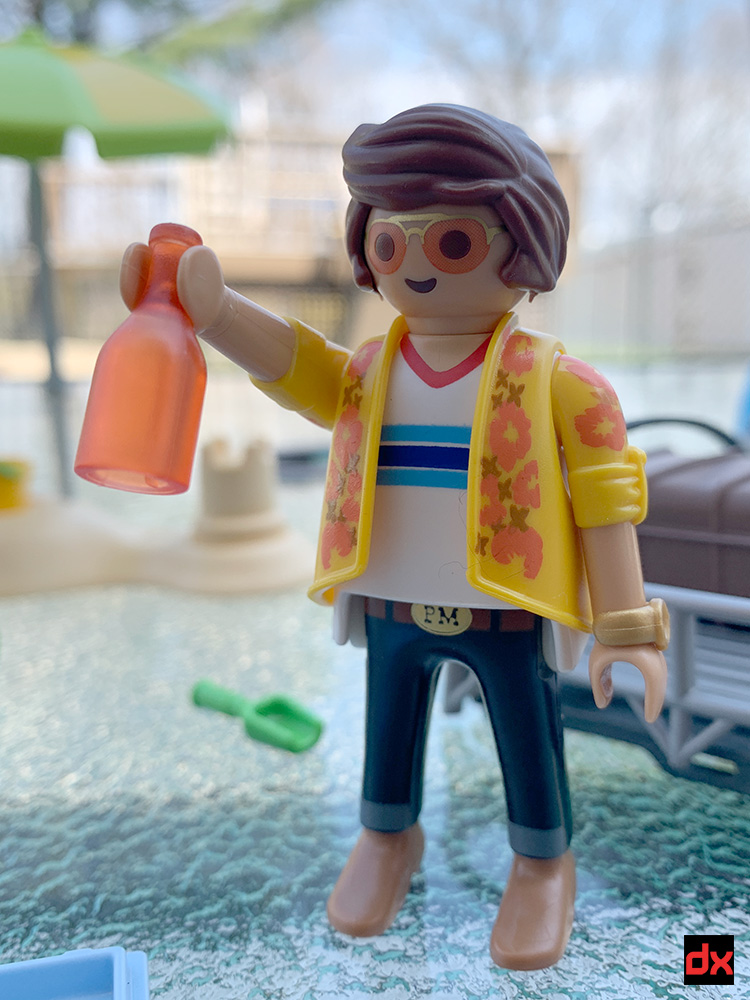 The suitcase opens up to store the accessories. There's a beach blanket and a sun visor as well. 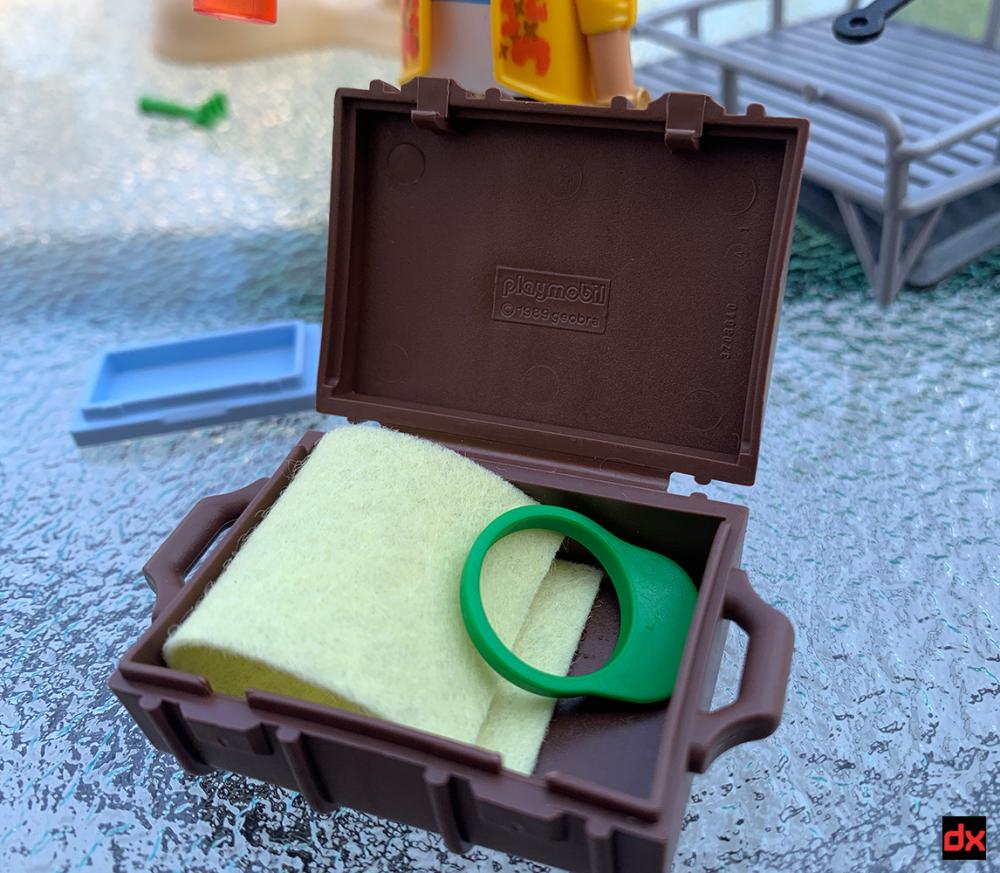 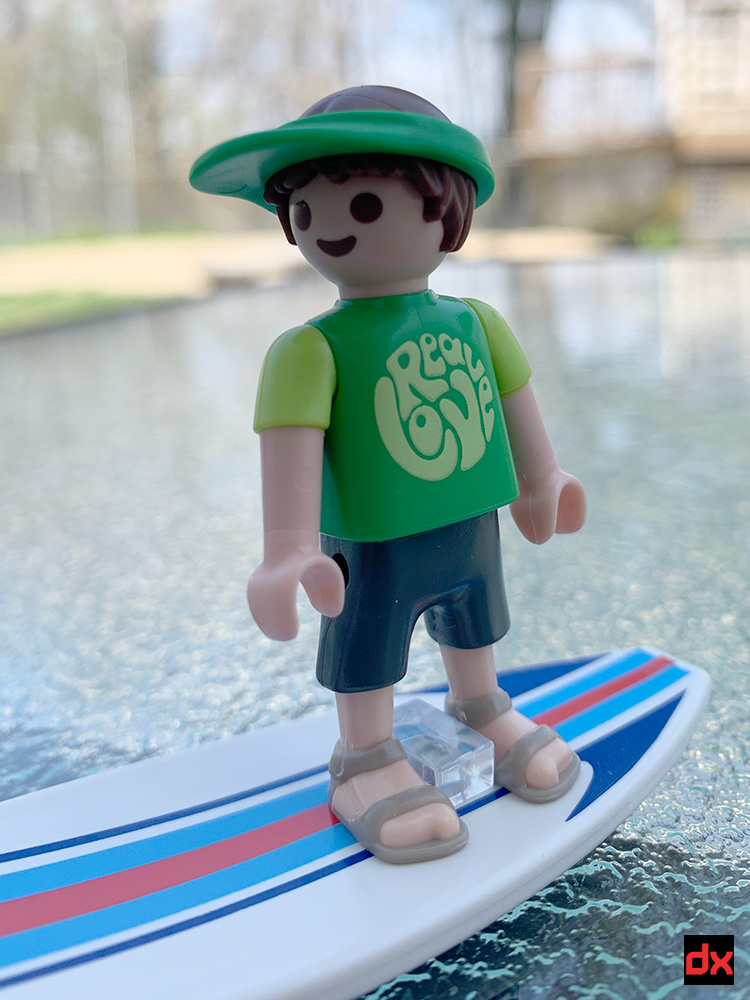 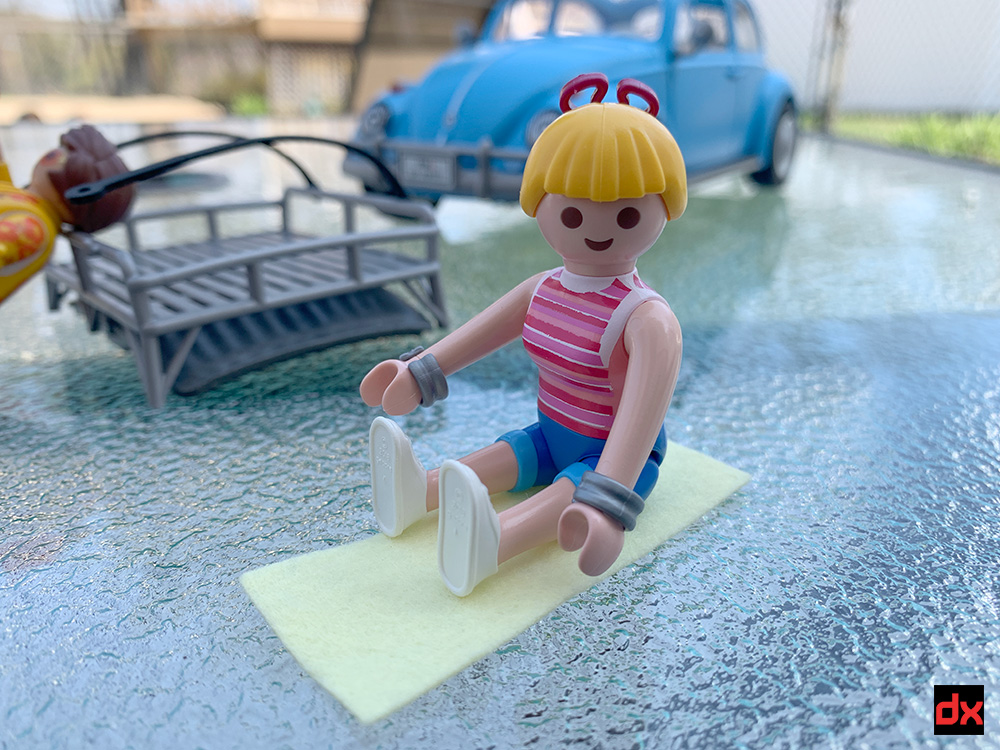 Here is the Beetle next to the Bus - they are in scale and display great together. I have both for sentimental reasons but there is no reason not to pick up both of these if you are into this sort of thing. They are just phenomenal all around. Thank you again Fun.com for this great trip down memory lane. 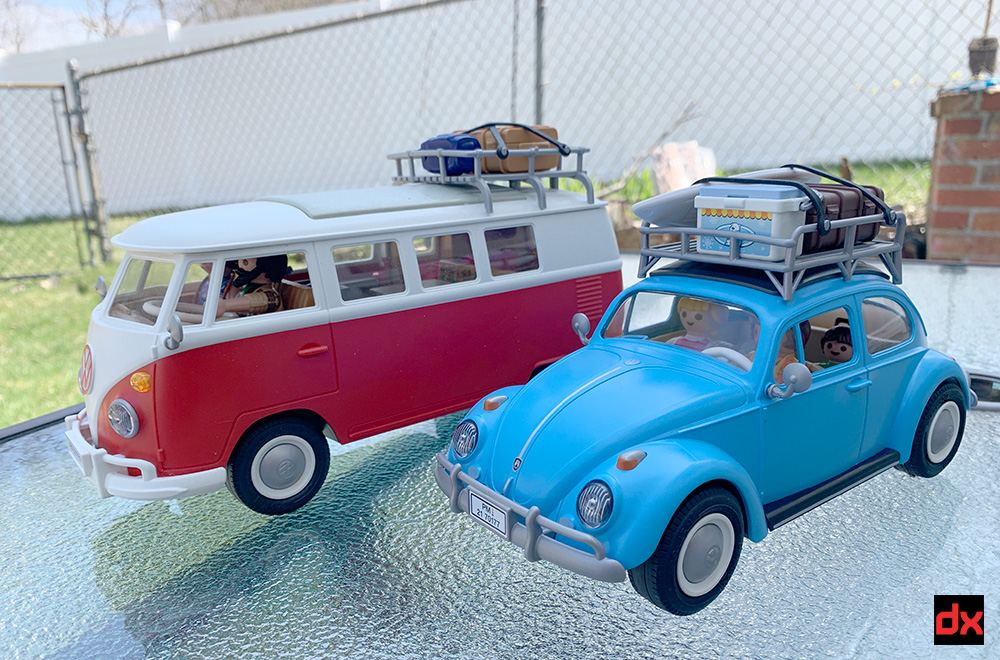 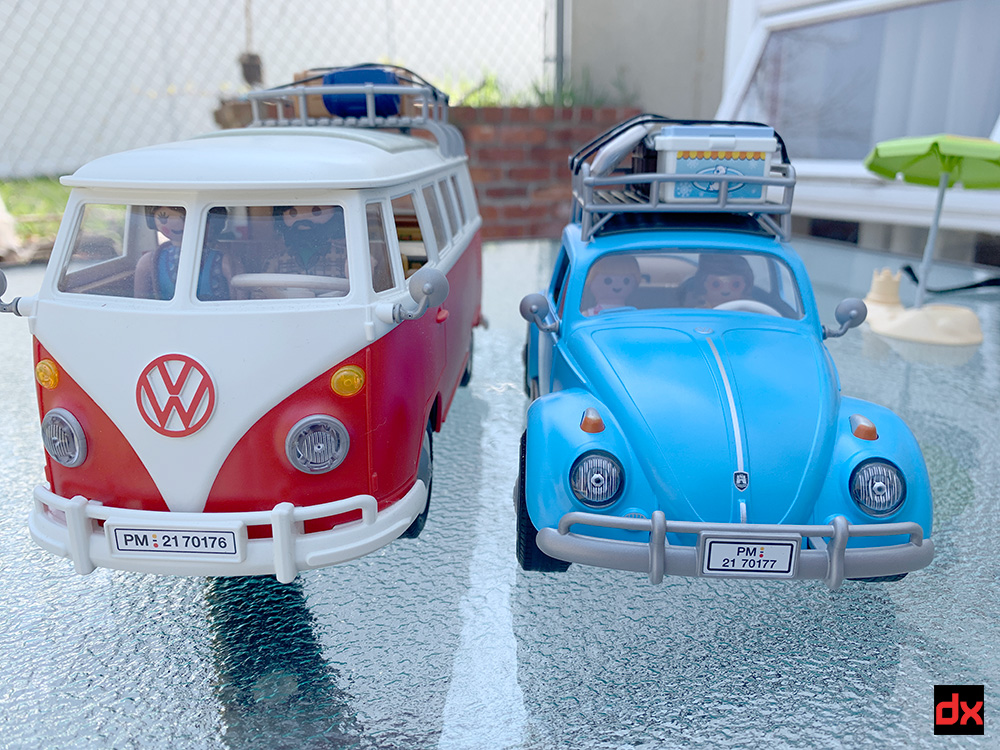