I was not all about this Mechagodzilla design AT ALL when I first saw the designs, but once I saw the movie I was SOLD and I needed to get one. However, the GvsK section at Walmart was decimated by scalpers and no stock was to be found anywhere. Combine that with the delayed shipping due to covid, shelves were bare in general in 2021.

Luck would have it that I found one on the shelves just before Walmart took down their GvsK section. There are a bunch of these toys that I would have liked that I never saw at retail, but I refuse to pay scalper prices on principle.

So here is is, and he's not great. He's not terrible, and for $10 I can't complain too much, but I would have rather had a nicely sculpted sofubi instead of this.

He comes packaged on an open card. 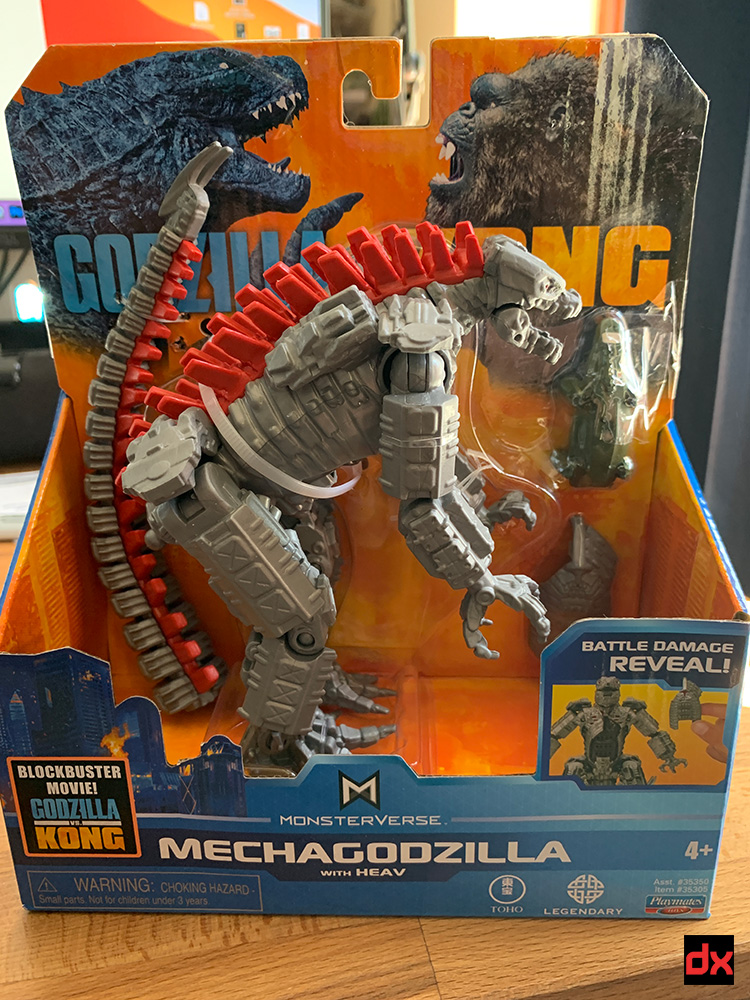 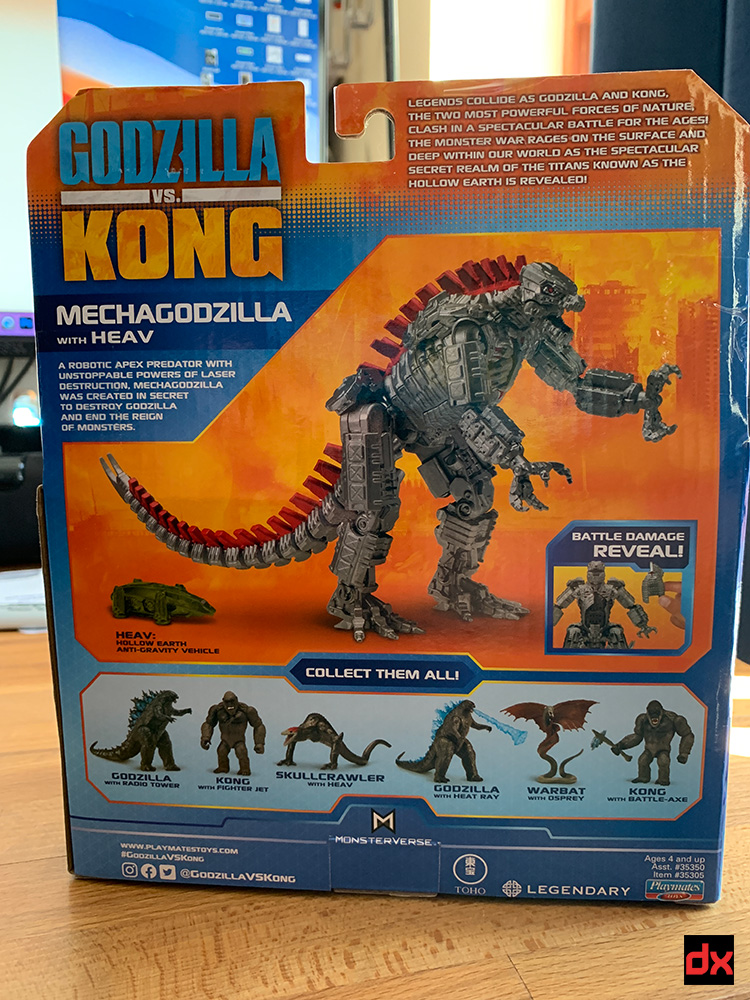 The tail needs to be attached, and he includes a battle damage panel and a HEAV vehicle.

He doesn't look terrible, the sculpt is OK. the fins and most of the figure are a softer PVC rubber. You can bend it around pretty freely, even in places where you shouldn't be able to. 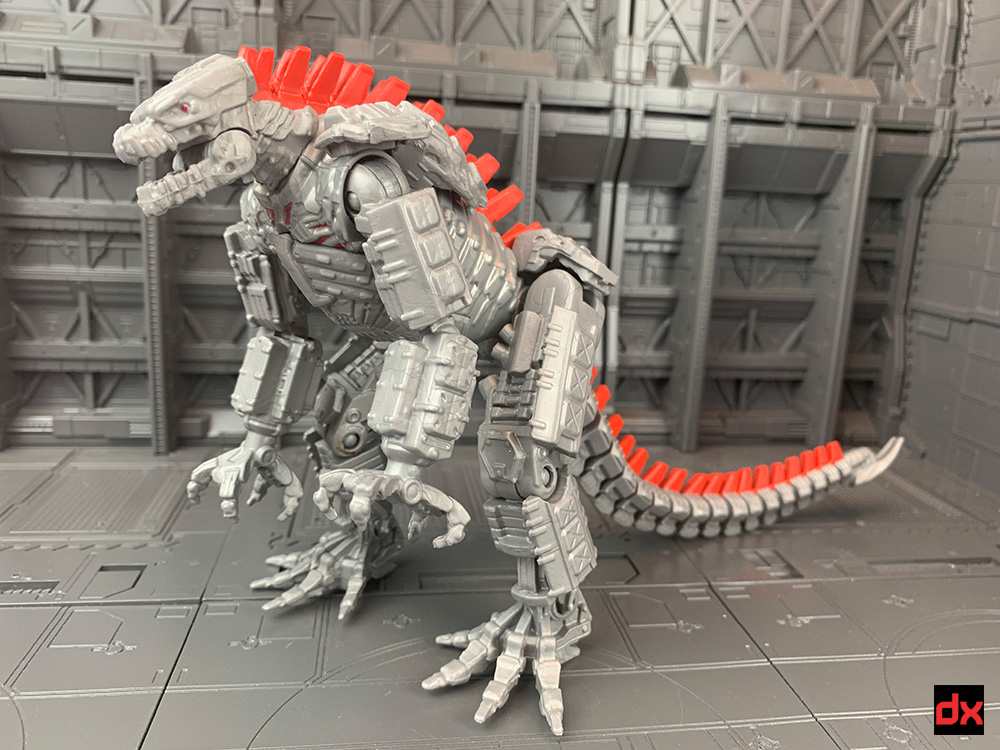 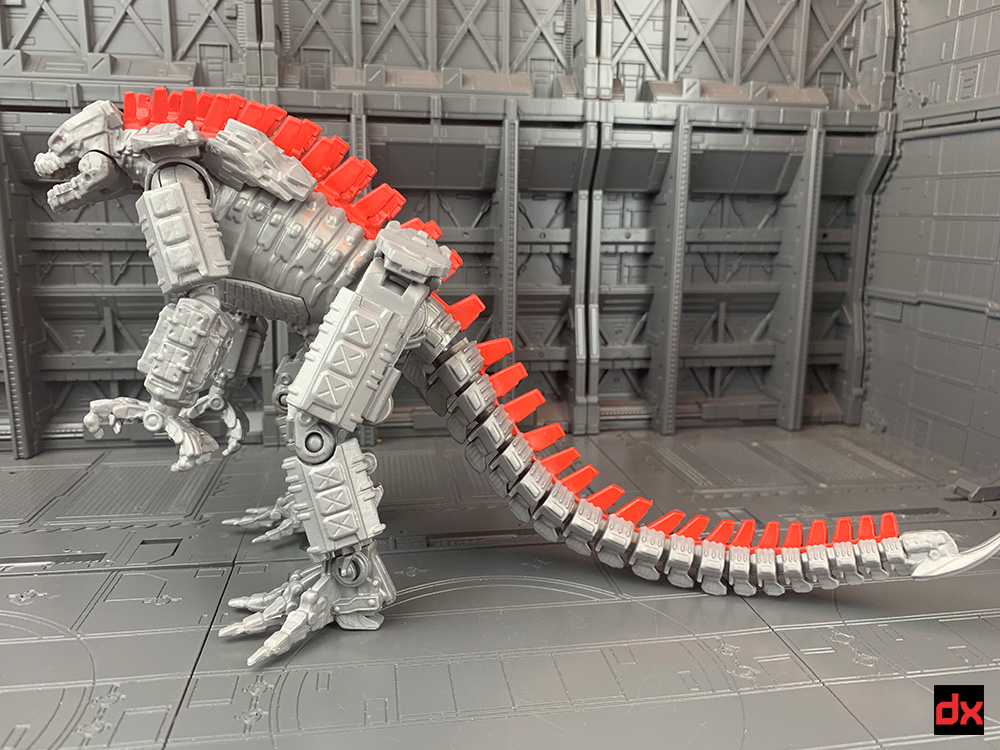 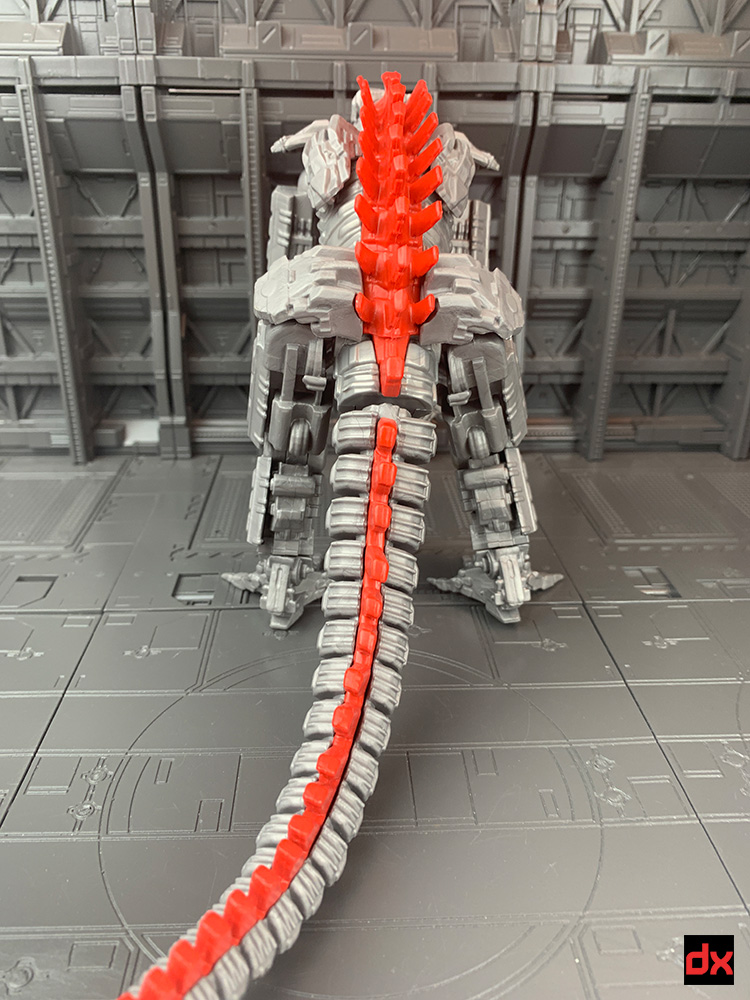 The red bits are a separately molded piece, not painted. 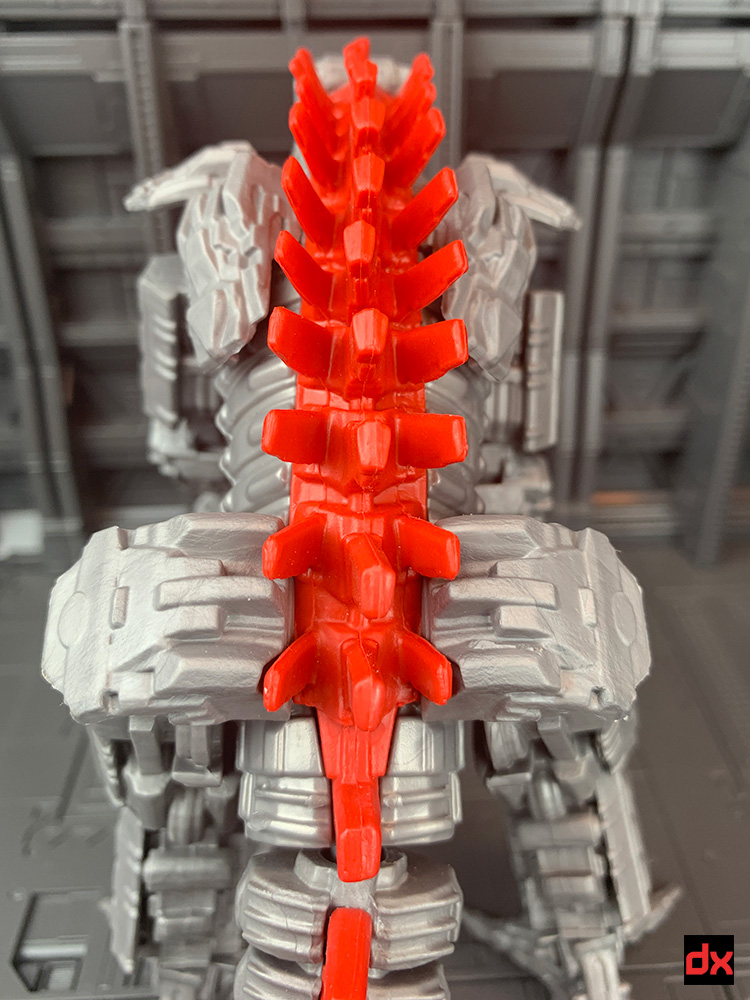 Articulation is odd. The legs have ball/swivel joints, the knees have hinges and the ankles swivel. The tail is ball jointed where it connects to the body. The arms have those ball/swivel joints at the shoulders, but there is NO elbow or wrist articulation. I would have much rather had elbows than the useless swivel ankles. Also the head looks like it should turn but does not. 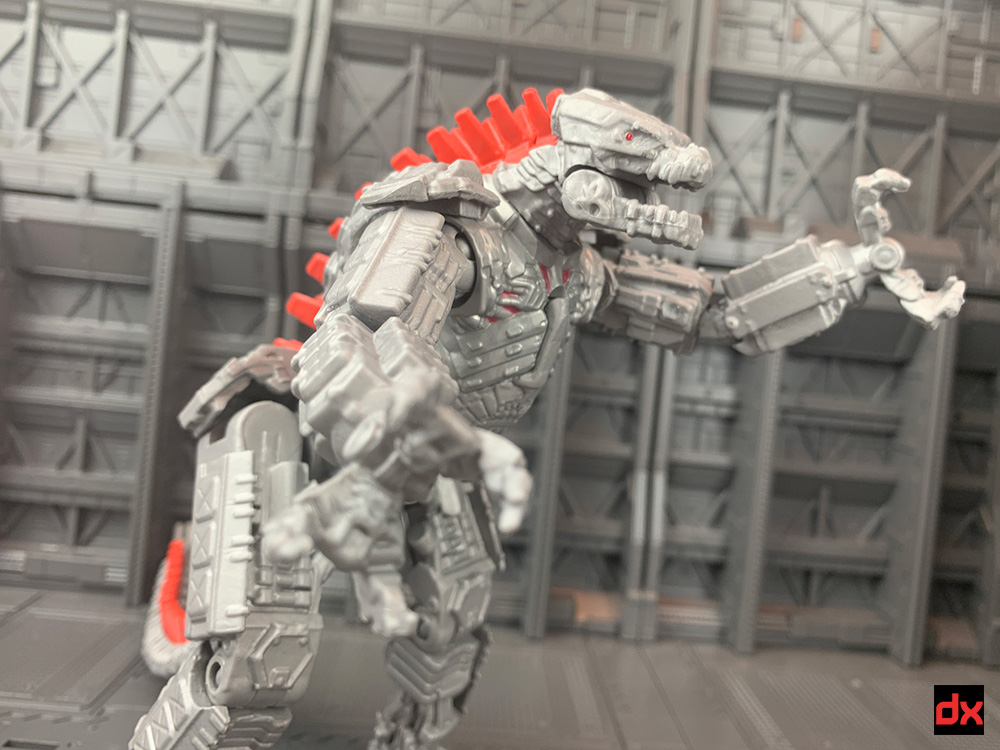 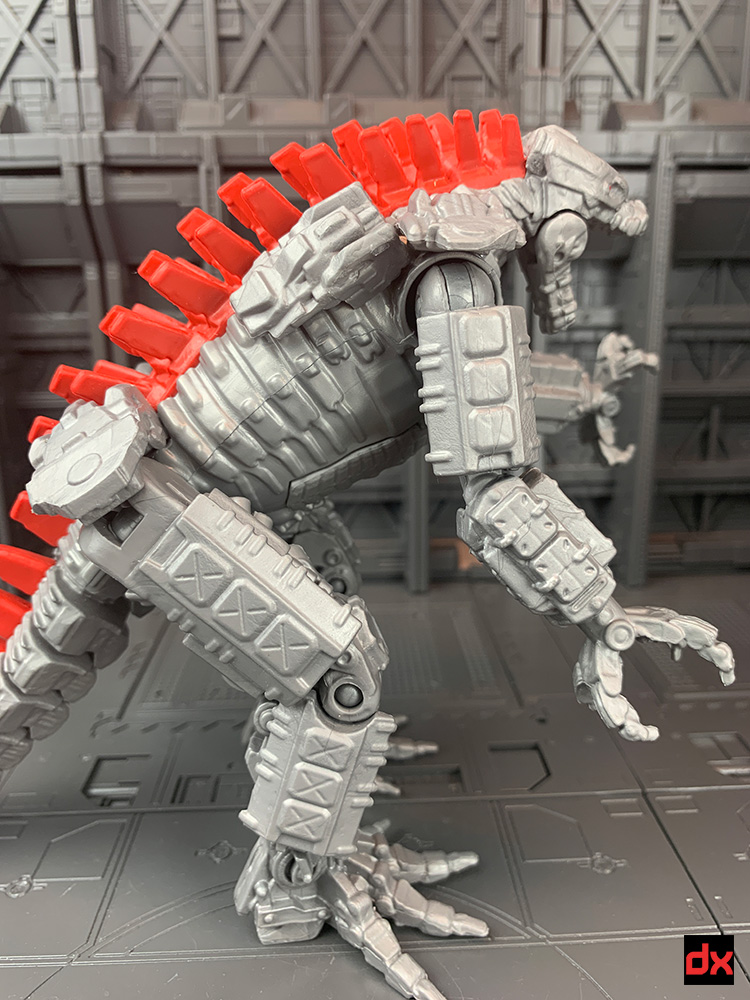 Mechagodzilla includes the battle damage gimmick that all the other figures in the line have. It's just a rubber panel that you replace on the chest. 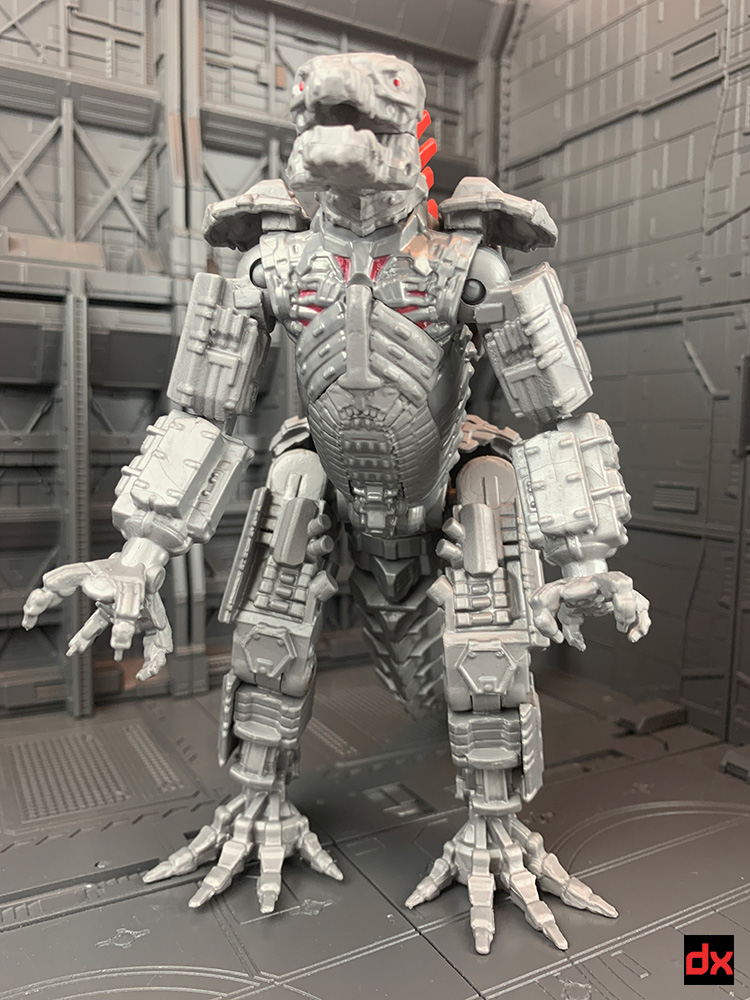 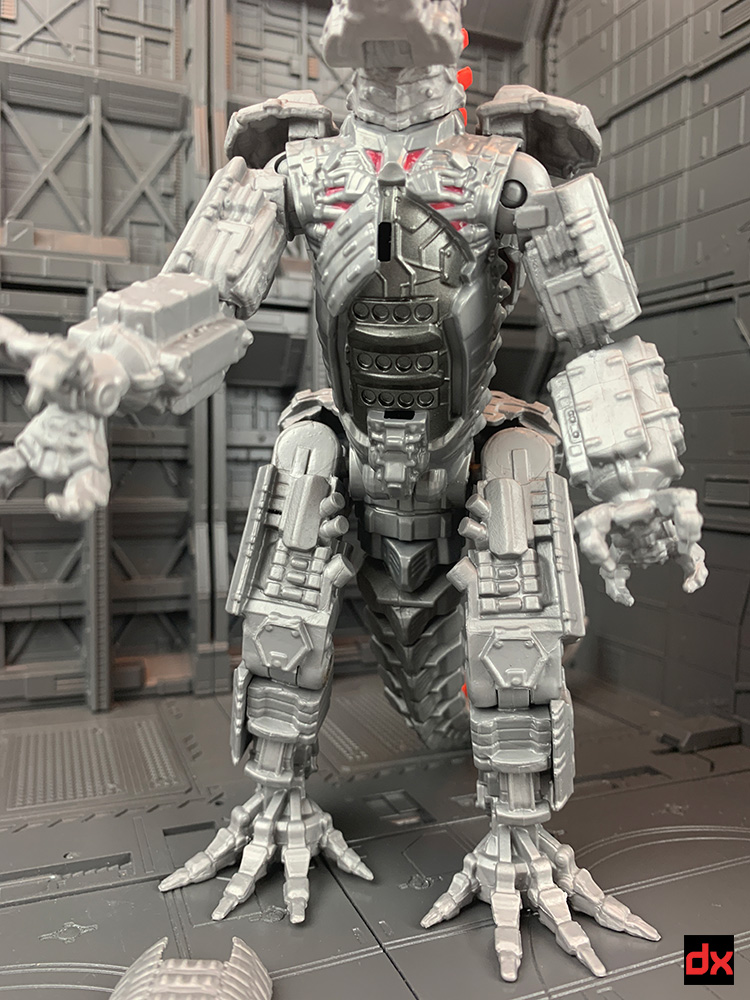 The little HEAV vehicle feels like one of those tanks that you got with army men. Cheap, hollow, with little detail. I'm actually surprised that they bothered to add a paint application for the little window. 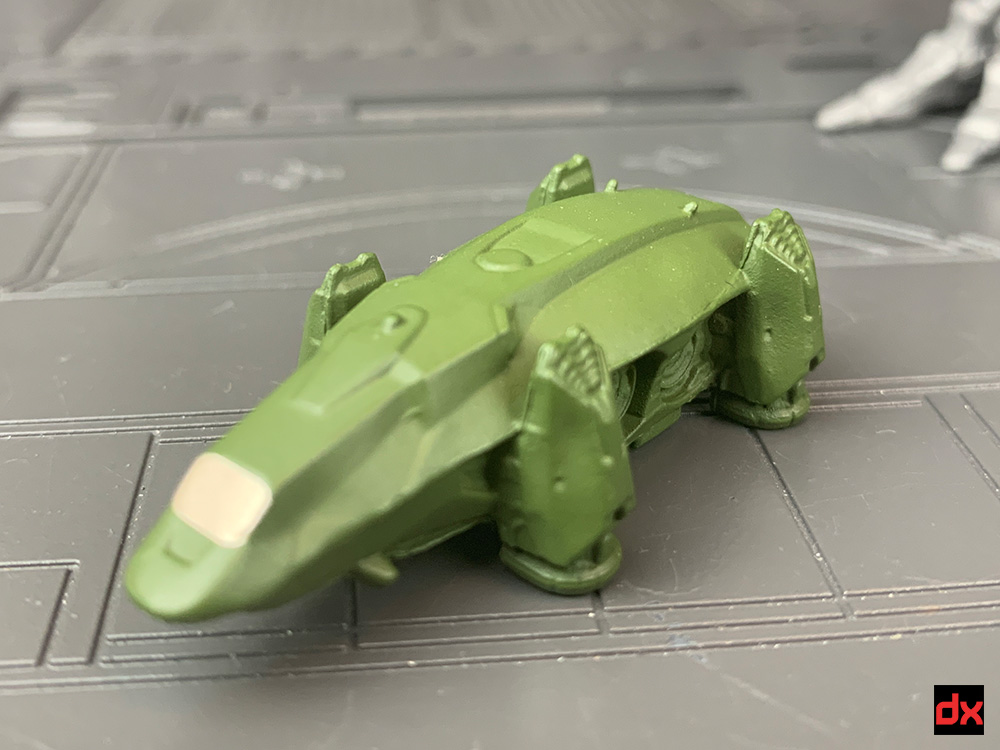 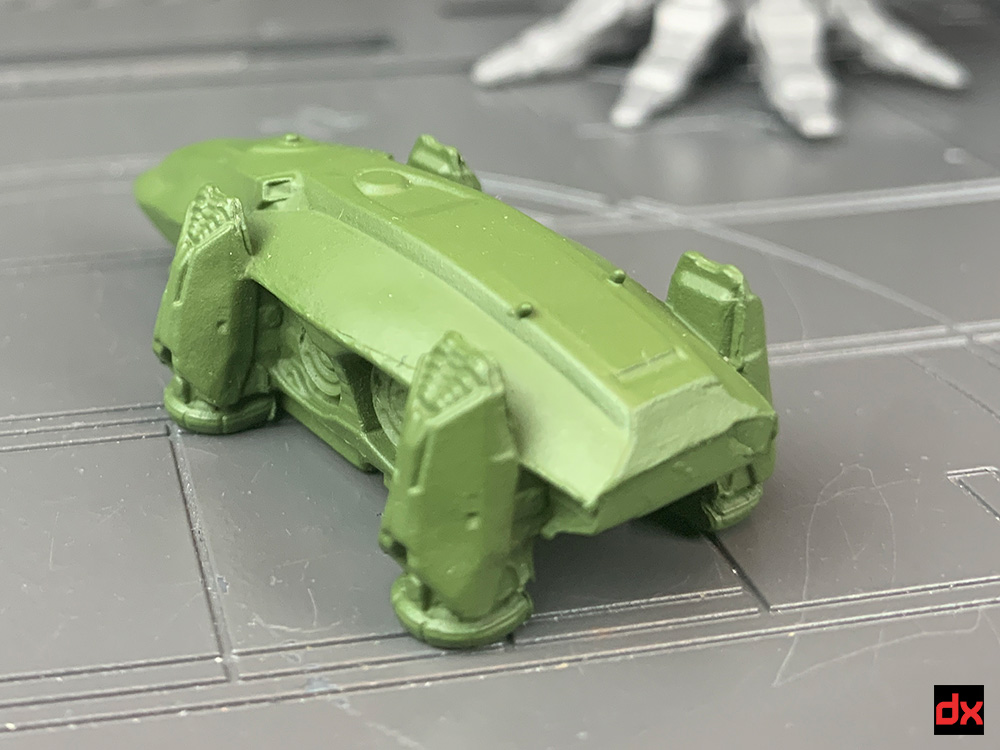 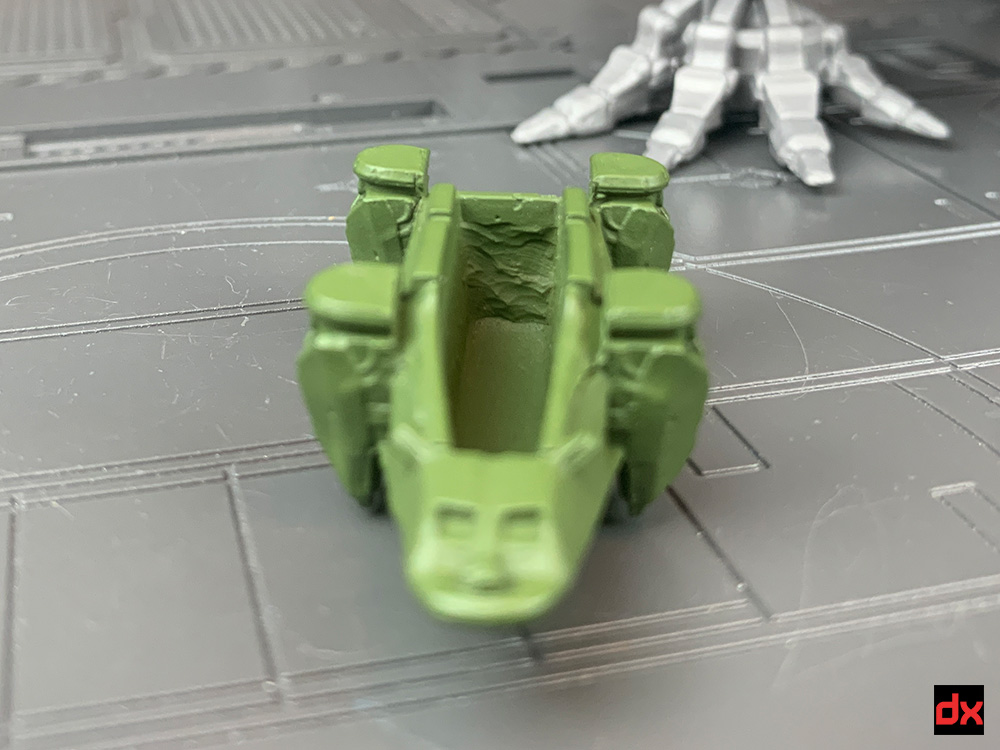 Mechagodzilla can hold the HEAV. 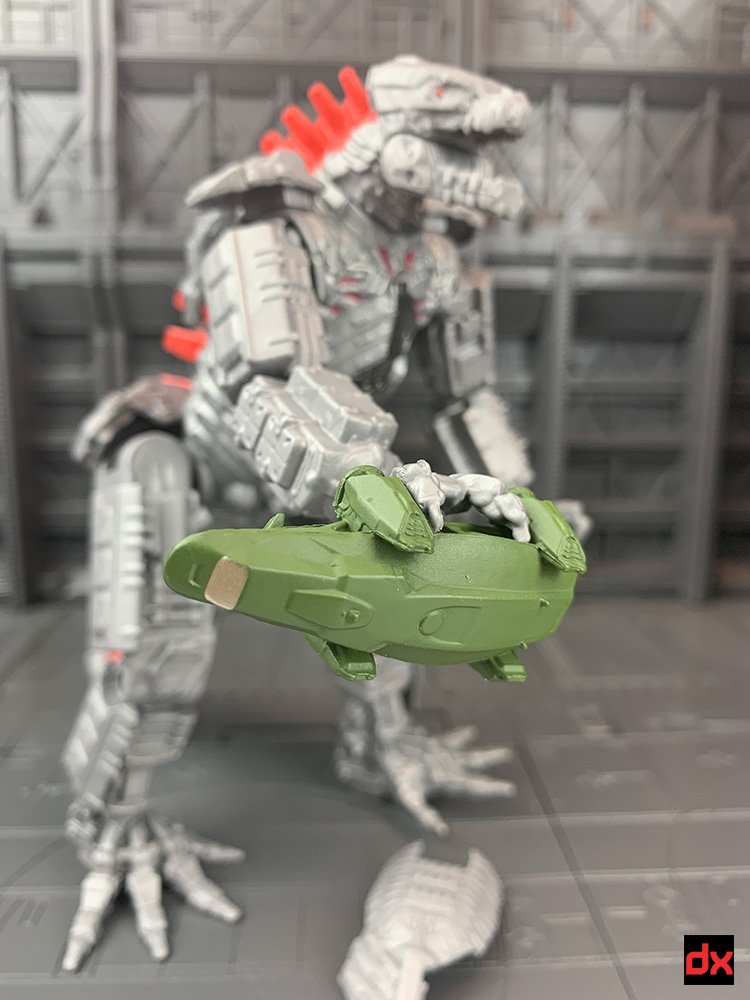