We live in a world today where I can walk into Target and pick up a Gorosaurus vinyl for ten bucks. That's pretty crazy. Gorosaurus is a C-list kaiju, and I give big props to Playmates for putting him out. For every badly-painted Godzilla they put out they also make nicely detailed obscure kaiju.

For those not in the know, Gorosaurus first appeared in 1967's King Kong Escapes, but he's also appeared in Destroy All Monsters.

He comes on a card. The tail needs to be attached. 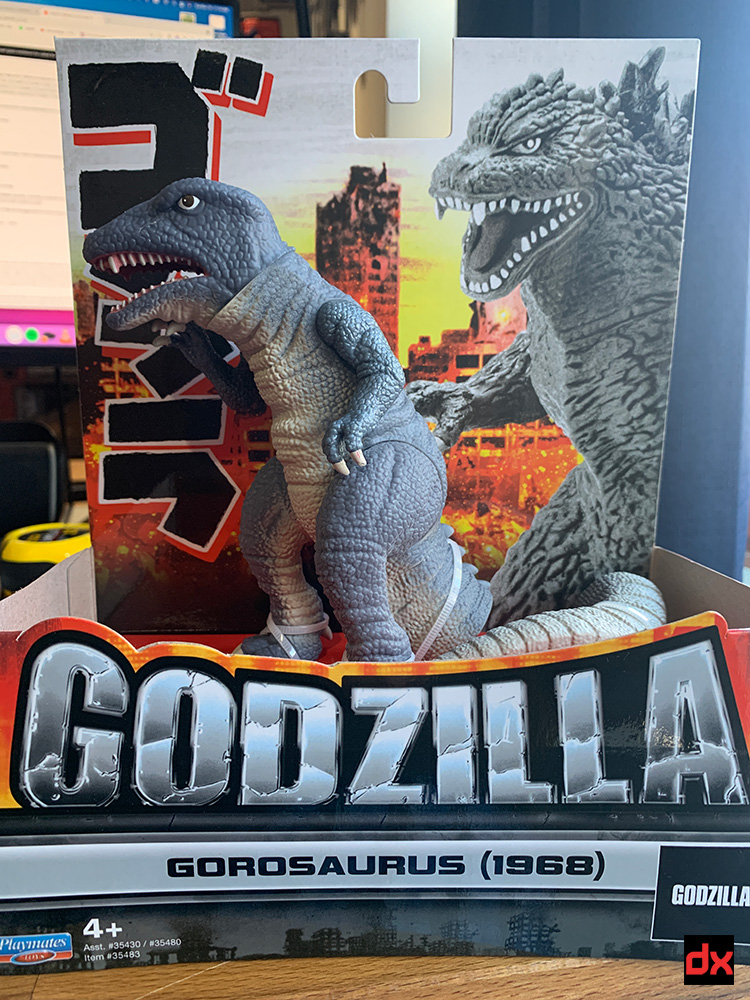 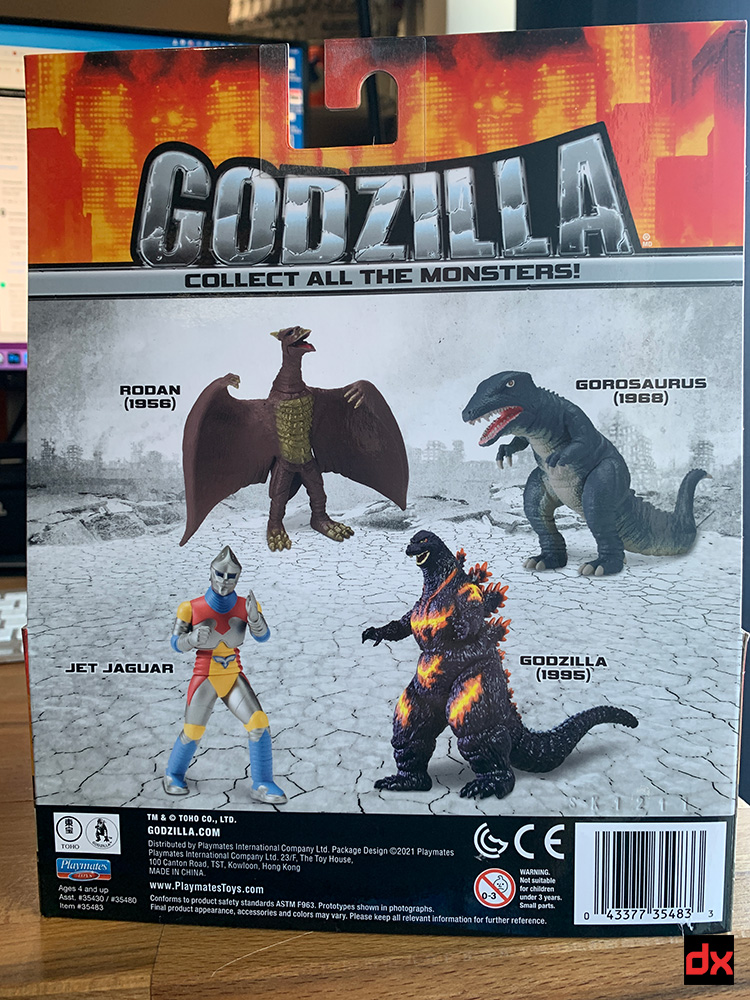 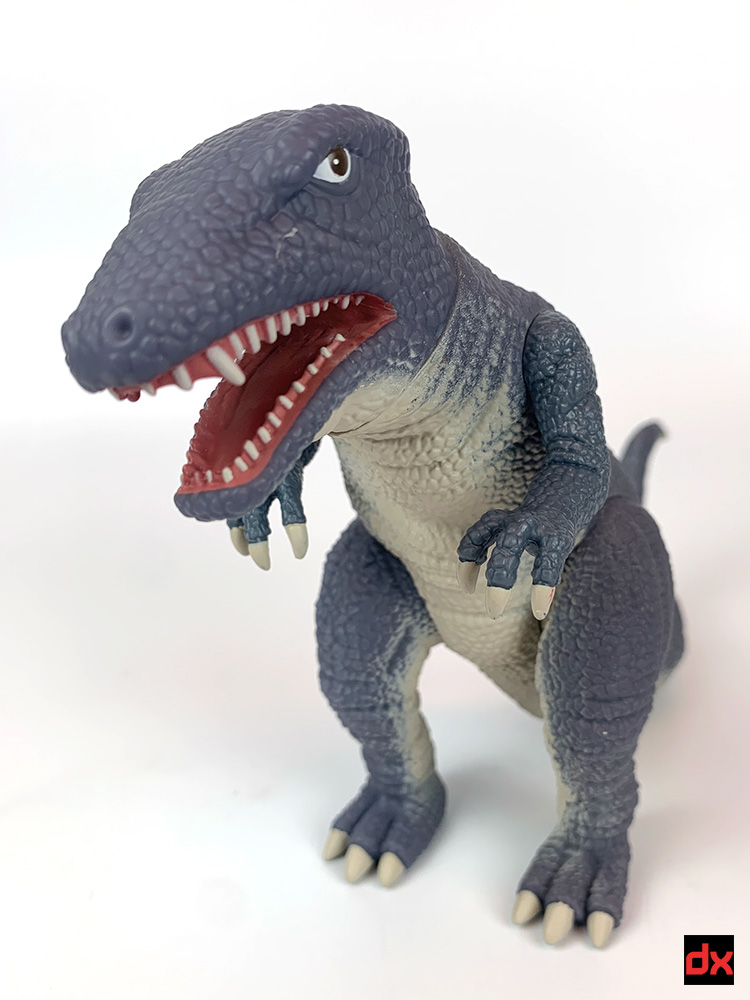 Gorosaurus has a tight sculpt and good paint. Articulation at the head, arms, legs and tail. 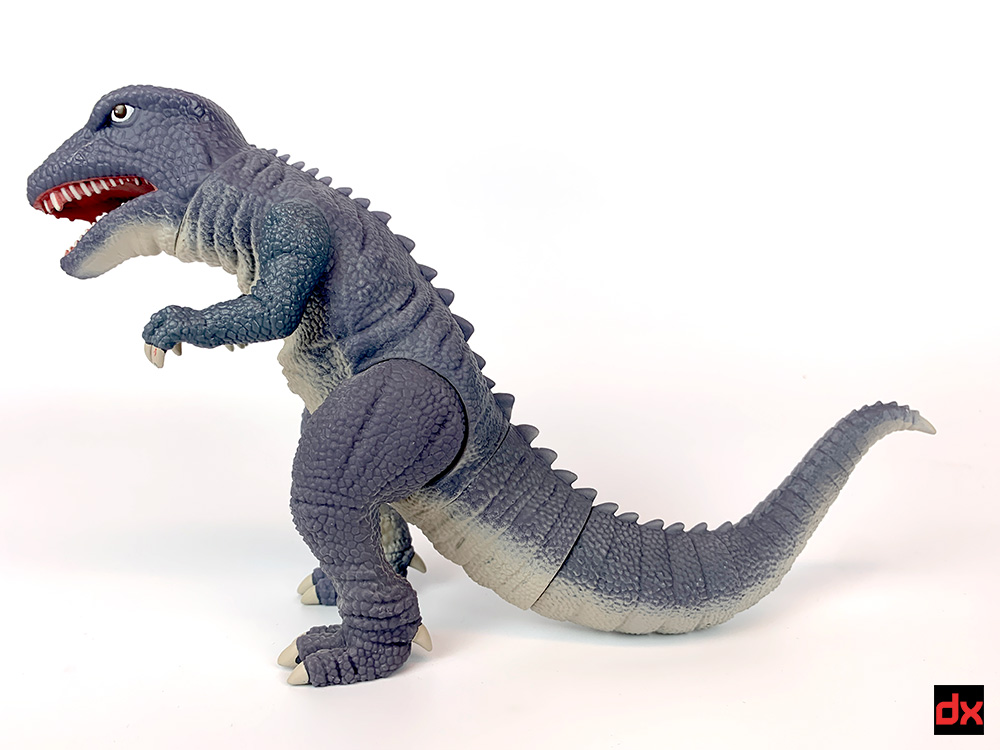 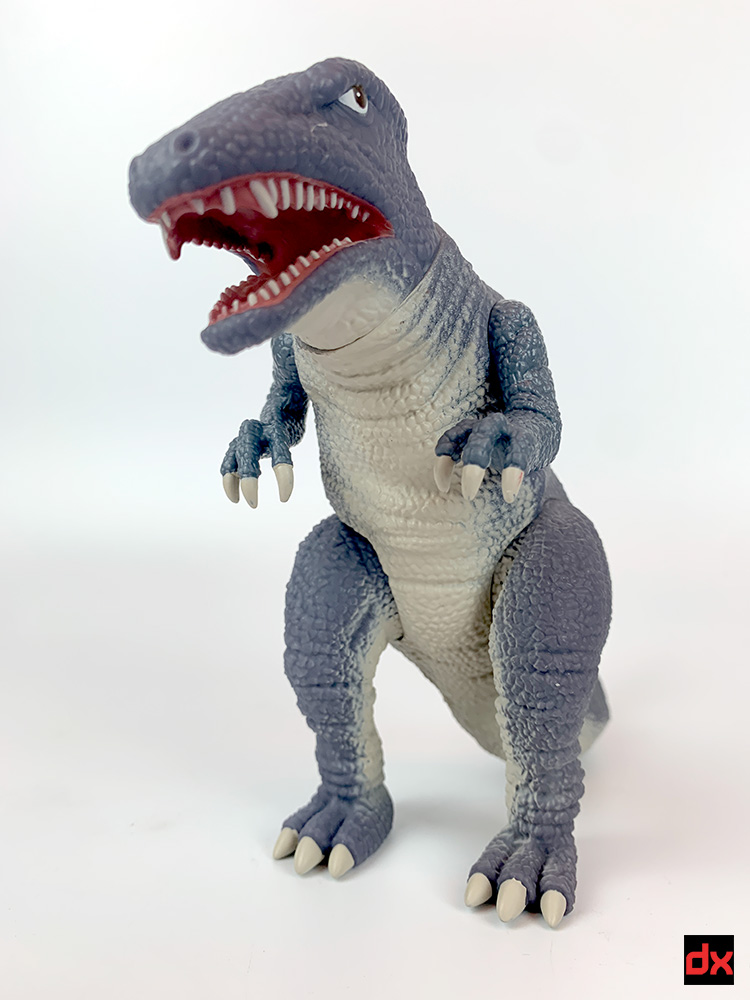 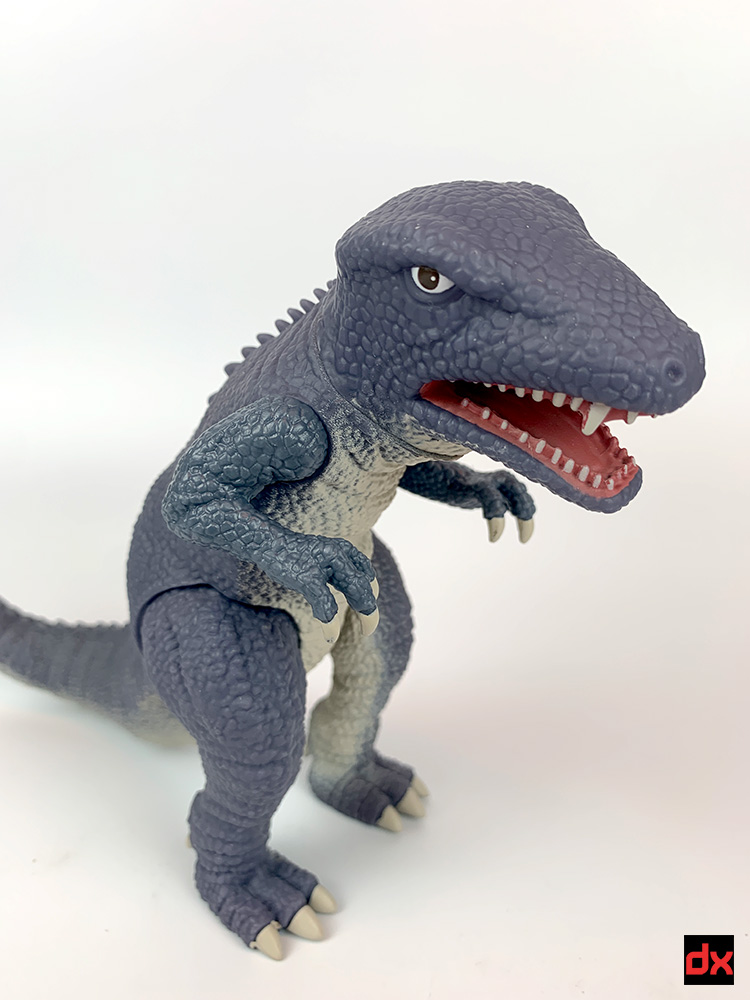 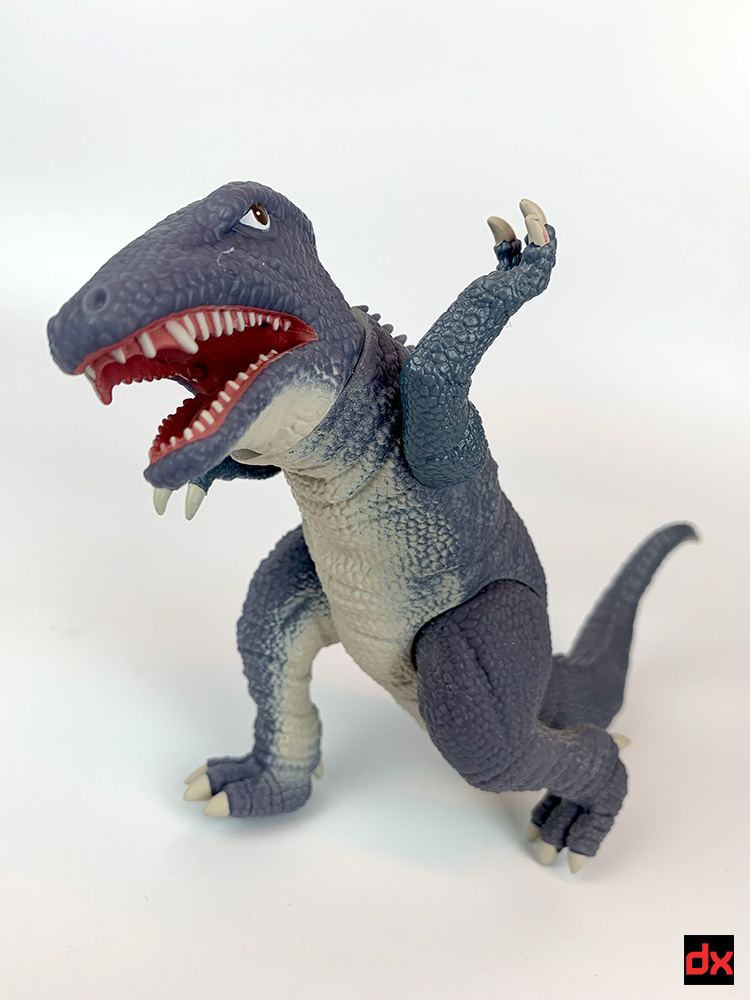 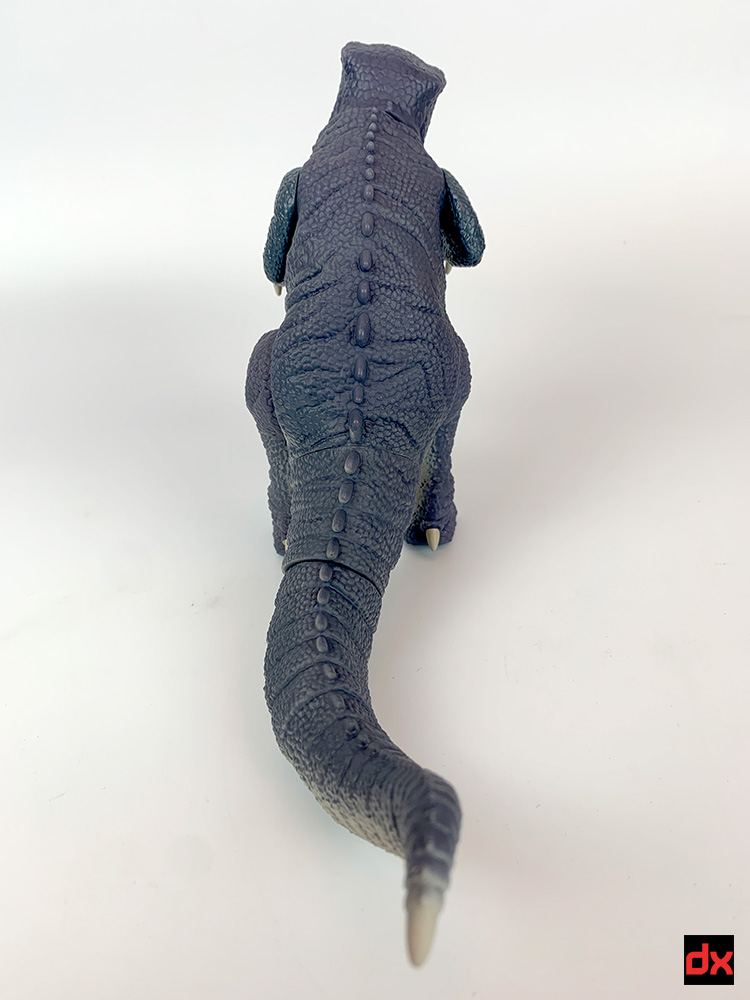 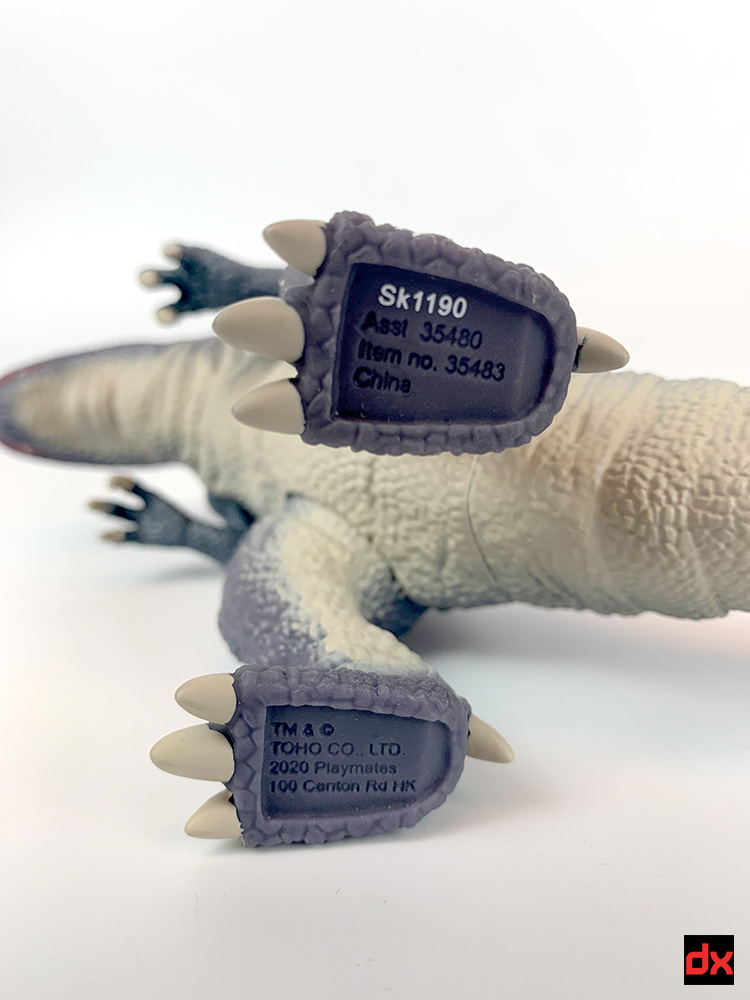 Playmates toys have really been improving this line. Jet Jaguar was a standout piece and now this guy. They seem to be giving the really old suit designs some great sculptural attention and love.