I am sitting here with literally boxes full of transformers. Some are mine and some are for friends who I am helping acquire their robot fix in my country of birth where a simple Transformers deluxe figure can cost $50+. It's through helping them out that my rebirth of Transformers began. I started coming across some really cool stuff, so here I am doing another Transformer review. I am by no means a hardcore fanboy, but these are really fun, affordable figures you can really go nuts with playingwith and customizing.

What I have here today is Transformers Generations Red Alert. This mold has been used for various robots in the Henkei line and now its back. Gone are the chrome pieces, but it's still a cool figure.

So lets get right to it. He comes packed in vehicle mode, so we'll get started with that first. He is instantly recognizable as some kind of Lamborghini-inspired Fire rescue vehicle which is automatically cool. 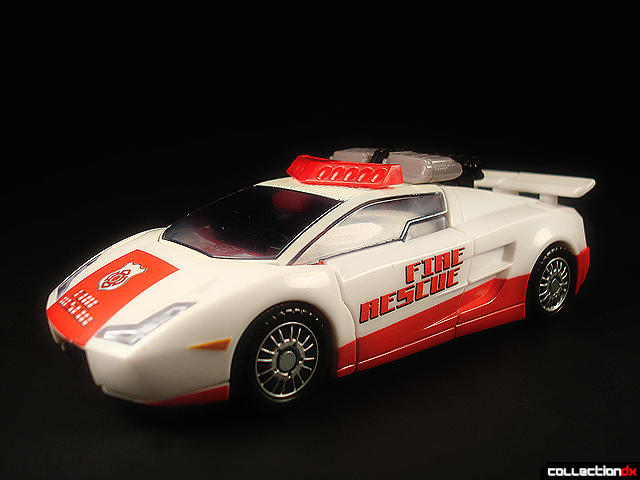 Even from the rear it is obviously supercar inspired. 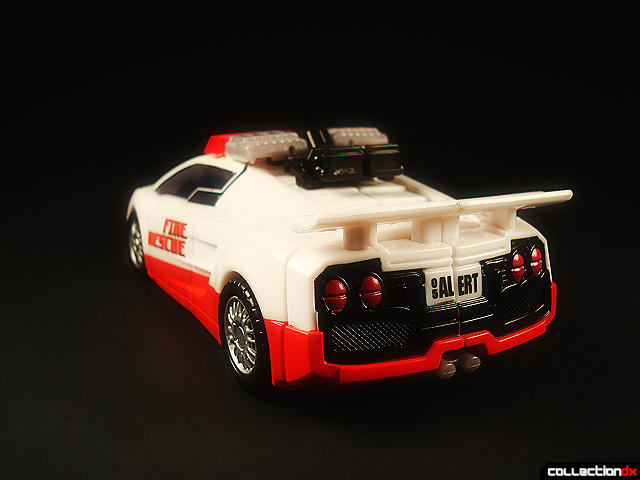 When we turn him over we see how everything fits together to make his transformation possible. 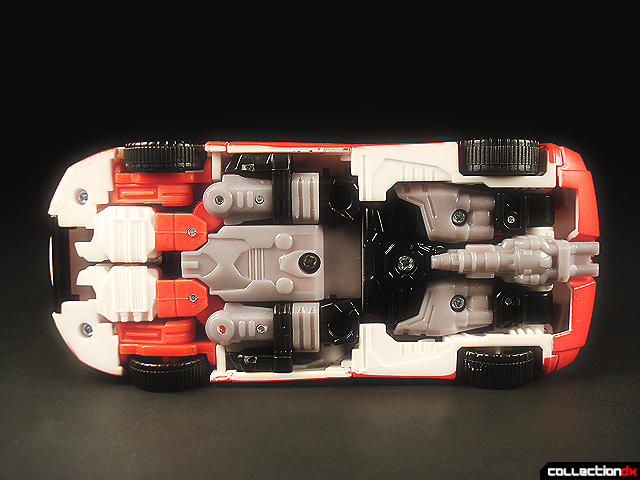 After some pulling, twisting and folding, we are rewarded with his robot mode. It's got a great classic look with modern updates, specifically in the posing department. 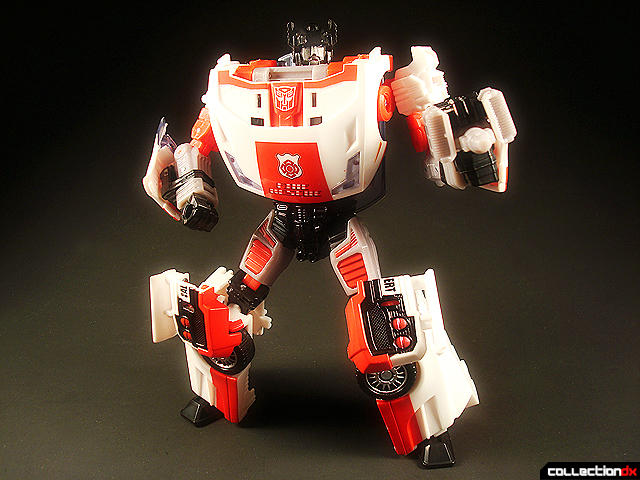 What you may notice is that the head this time around is black instead of red, as seen on the Henkei release, a tribute to the G1 release. There is the usual light-piping found on many other Transformers. 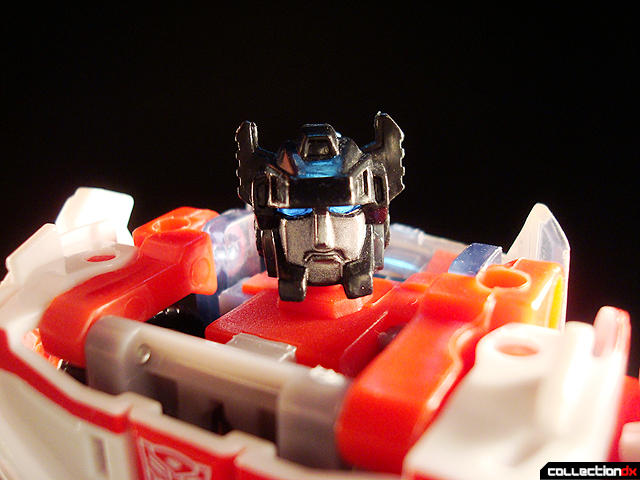 The rear of the figure is nice and clean until you get to the lower legs. Here you can see how hollow they are. Notice how silly the ankles look from behind. He looks like he's wearing red socks with black shoes. The upper area is not bad at all. The light bar on his back doubles as a mini wing. 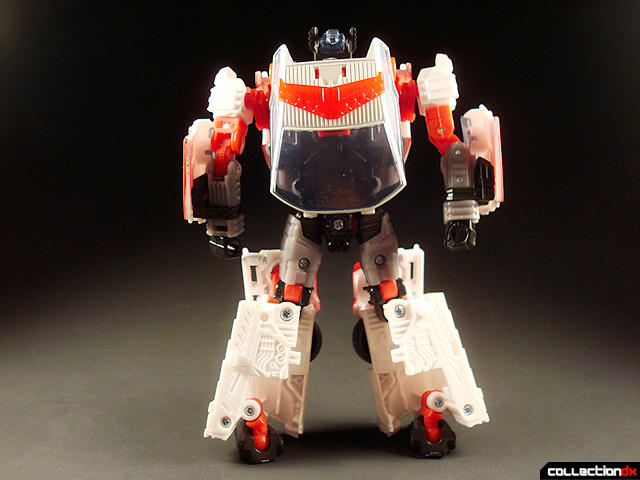 Look at this, he's actually got a cool looking Autobot insignia. I miss the old style insignias with the white backgrounds. I can't stand the dull single color faction symbols found on the newer movie release figures. This is how they should look. 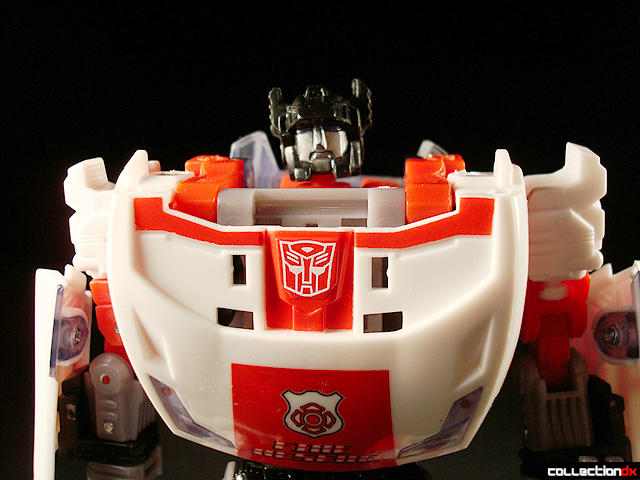 So what happens to the exposed engine while in robot form? Well it doesn't magically disappear into thin air along with Optimus Prime's trailer, it turns into Red Alert's gun when joined with his exhaust system. Too bad it's not chromed up...instead it looks like its made out of wax or bubblegum. 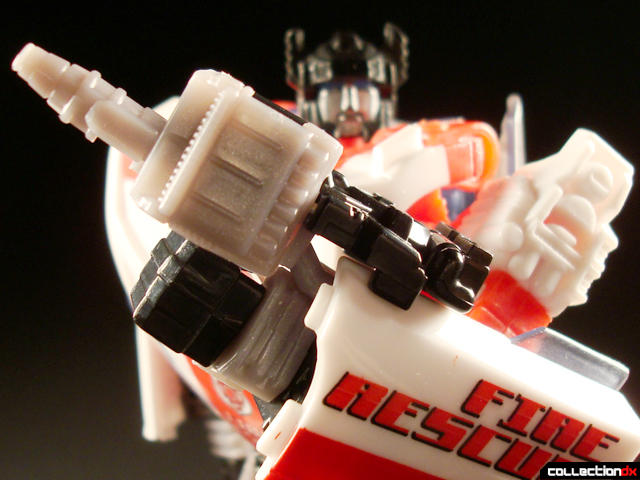 This is yet another Generations release that has managed to keep my interest going in this line. I missed the previous release, so I'm happy to get another crack at it without spending the big bucks. I find myself actually transforming my new collection often. It's fun. Almost as if I had forgotten long ago how awesome these toys could be. 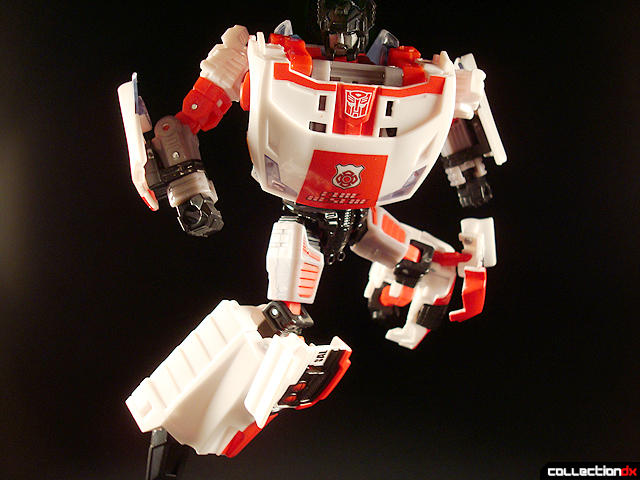 If you are even a casual fan of Transformers and you have $9-13 burning a hole in your pocket, pick one up and relive some childhood fun.

2 comments posted
Ohh, I had plenty of chances

Ohh, I had plenty of chances to get both Universe Sideswipe and Sunstreaker, but it was mostly Sunny's head, chest, and knees which turned me away. Sideswipe was a little better, but, again, the knees.

This just goes to show you that sometimes it takes a decent repaint to make someone finally invest in the toy; I'm no less guilty of that.

It's a good figure and-in my opinion- not worth the extra 10 bucks for the Japanese release with chrome parts.