Home » Amok Time » The Pit And The Pendulum

The Pit And The Pendulum

After a few 12" dolls and a 16" vinyl robot, now Amok Time brings us their first fixed pose statue. And so far I'd say it's my favorite entry in their short existence as a toy maker. This statue is a sure fire winner for monster collectors and Vincent Price fans. It depicts Vincent Price in the guise of a vicious member of the Spanish Inquisition, as he prepares to torture a victim, during the classic 1961 movie The Pit and the Pendulum. This was a great role for Price and one of the best Edgar Allan Poe inspired films that he collaborated on with Roger Corman and A.I.P.

The statue comes packaged safely in a large 2-part styrofoam tray. Unfortunately, this makes the box a bit bigger (16.25"x12.75"x9.5") than I was expecting for a 12" piece, but it's a necessary evil. The box itself is a beautiful presentation showing the statue in closeup on the front and back and in a wide shot on each side. The back also features an image of the original theatrical one sheet poster, in addition to information about the item and it's makers. 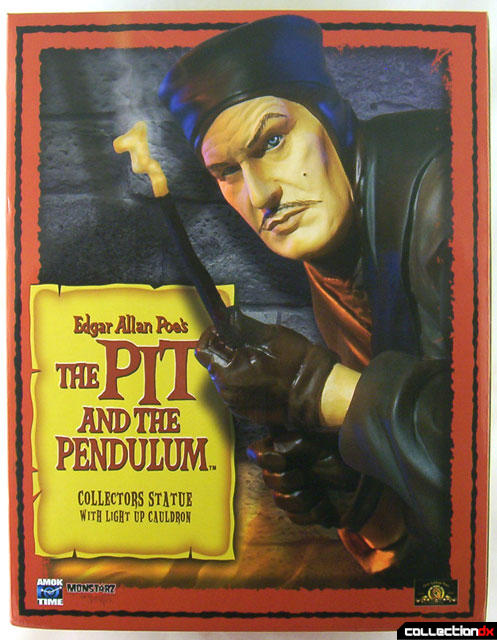 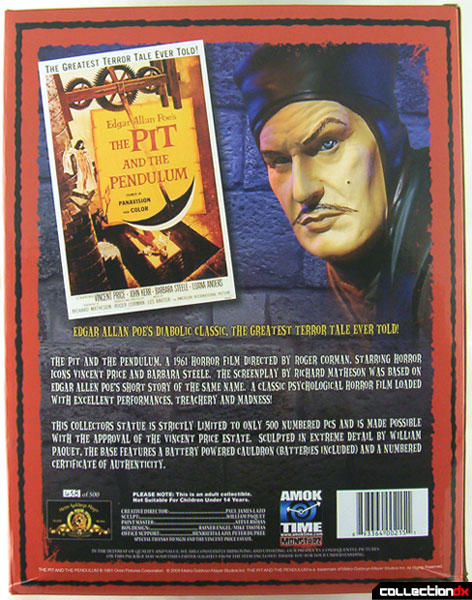 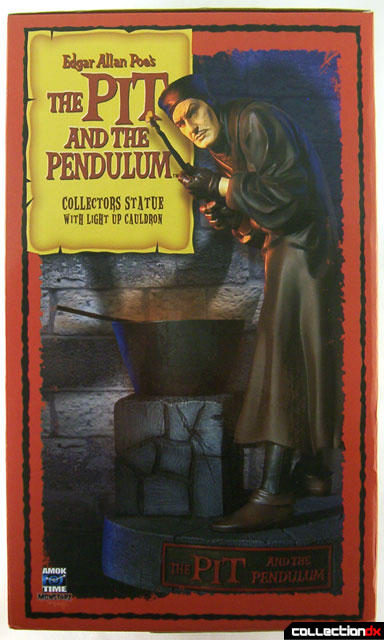 The statue is limited to only 500 numbered pieces, with mine being number 458. Also, it has the approval of the Vincent Price estate. And why wouldn't it? It's a gorgeous piece and the sculpt is an amazing likeness of the man. 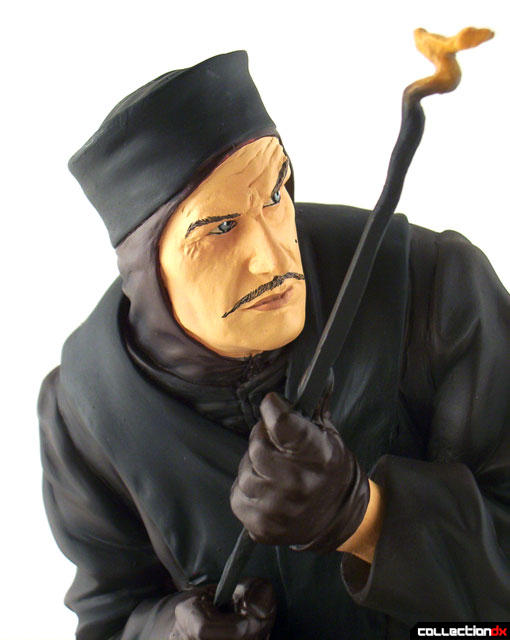 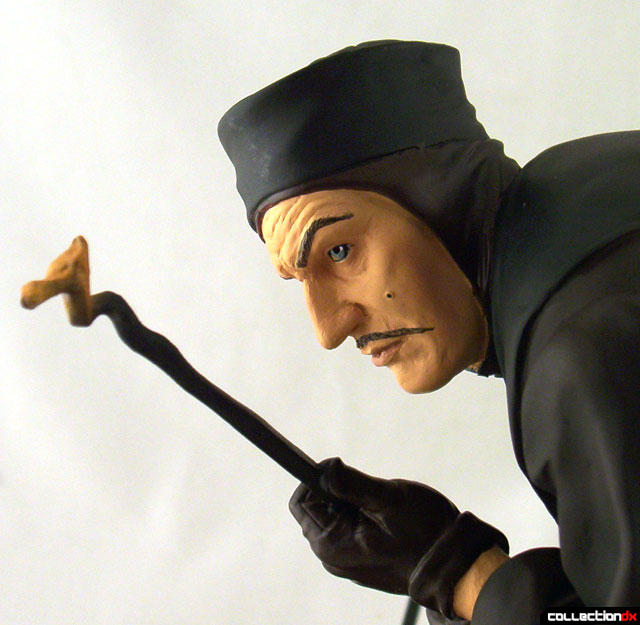 In addition to just looking amazing, this statue also has a couple of unique features that I'd like to touch on. First, it actually incorporates magnets into the design! Both hands need to be attached when you take it out of the box but they simply pop right on (and off later if need be) because there are magnets in the wrists and in the sleeves. This was a really great idea. In fact, in hindsight, I wish it had been included in the Saucer-Men statue from Ultratumba so that you could swap out the alternate hands instead of having to pick which one to glue in. Oh well, maybe next time.

The next thing that I really like about this one is that the cauldron of burning coals actually lights up red! This is a great effect and looks really nice in person. It was a bit hard for me to show it properly both in pictures as well as in the video review, but take my word for it, the effect is superb. 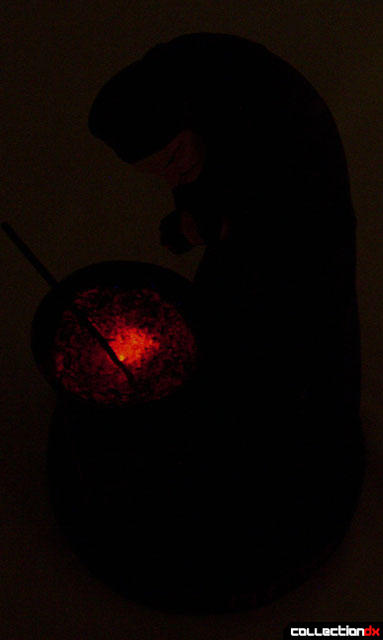 The effect requires 2 AA batteries but those are included in the package. The on/off switch is simply on the back side of the base, out of view, but easily accessible. 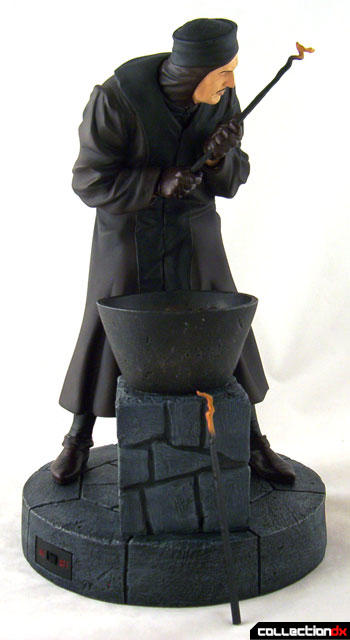 Overall, I have absolutely zero complaints with this item, which is rare. There's almost always something that could have been done just a little bit better, but I can't think of anything to improve on this one. Maybe a higher production run so that no one misses out? To be on the safe side, go get yours at Amoktime.com before they sell out! 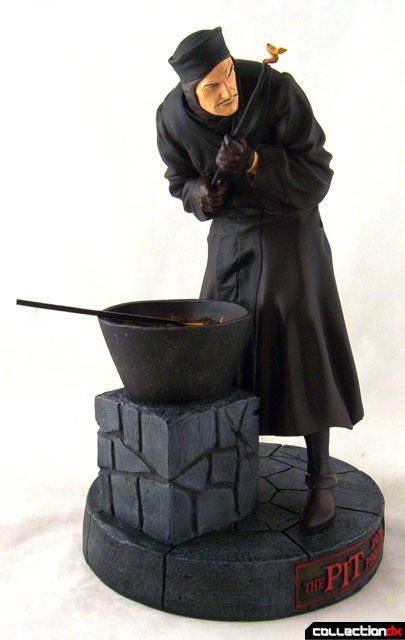 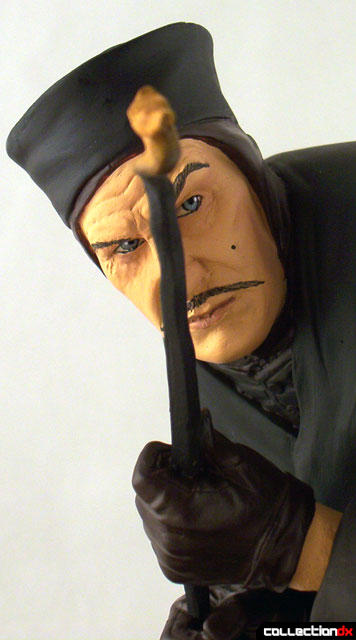 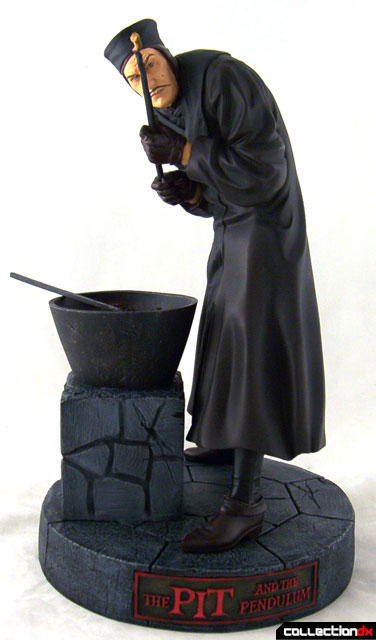 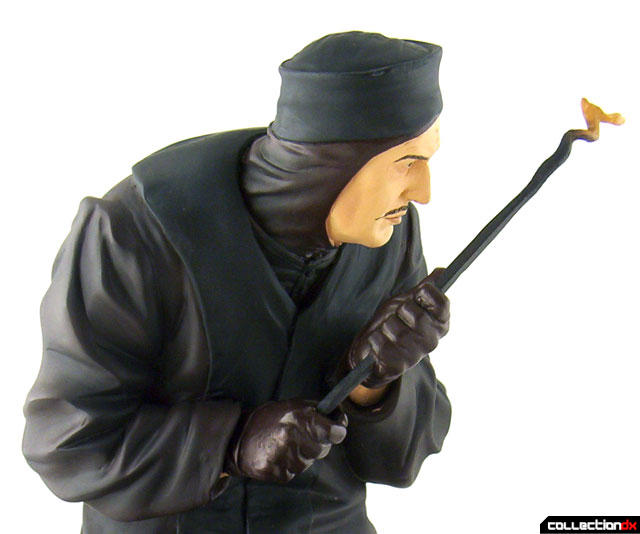 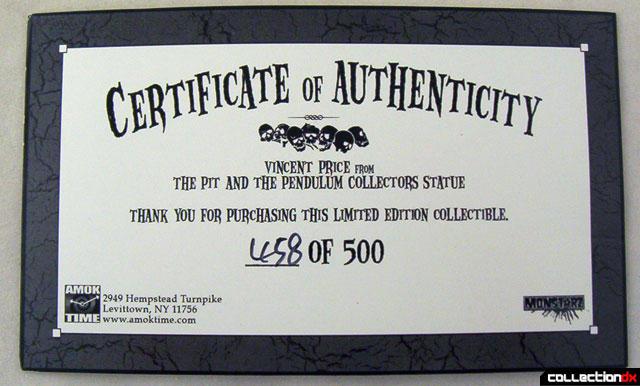 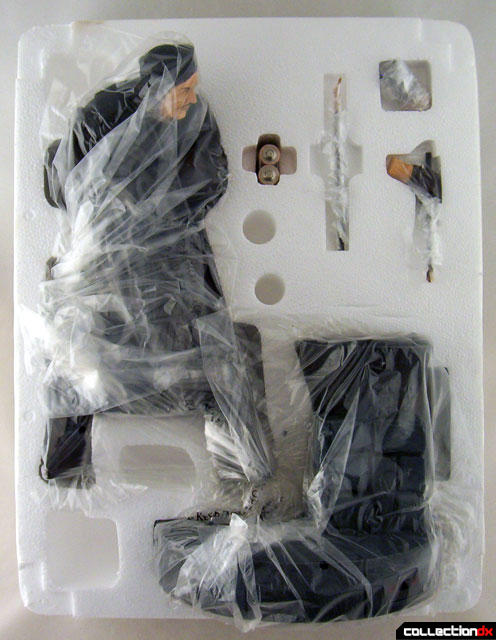 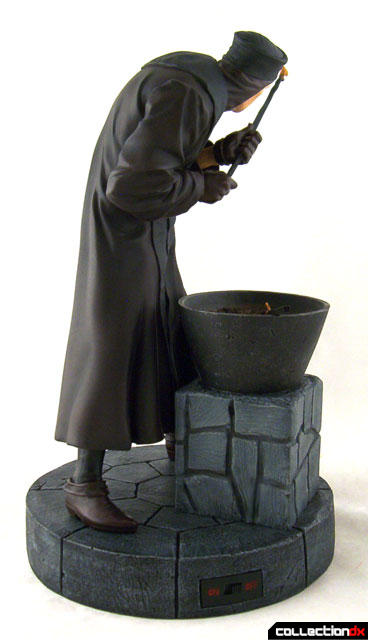 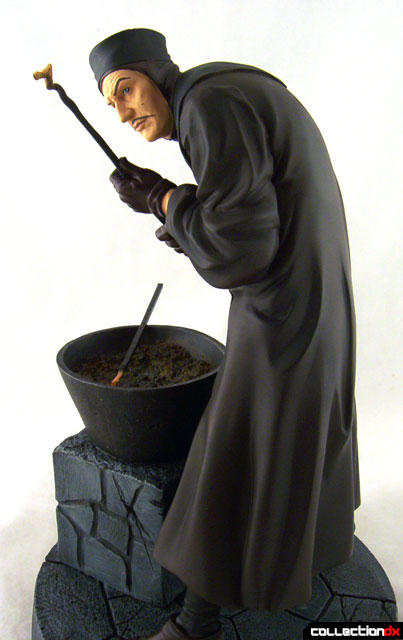 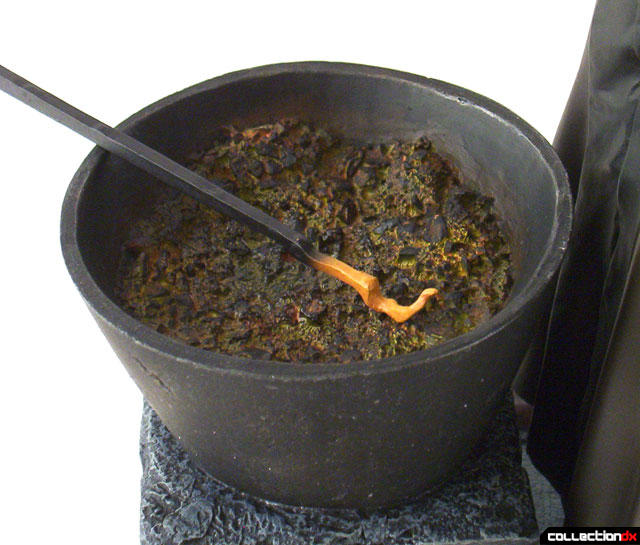 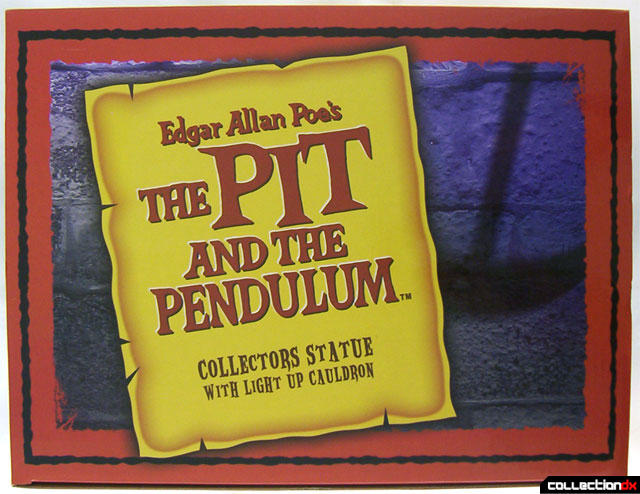 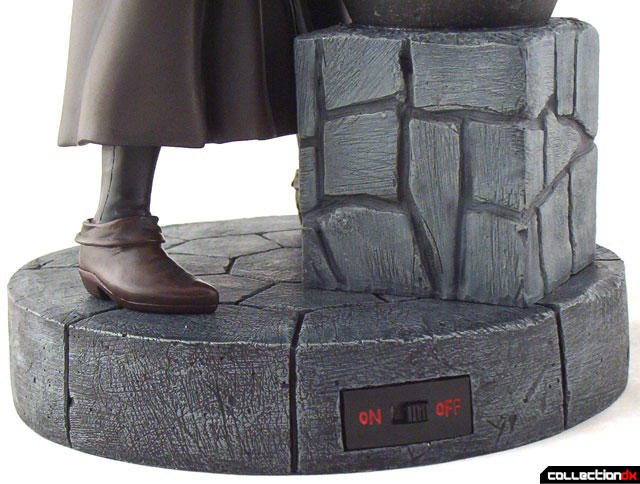 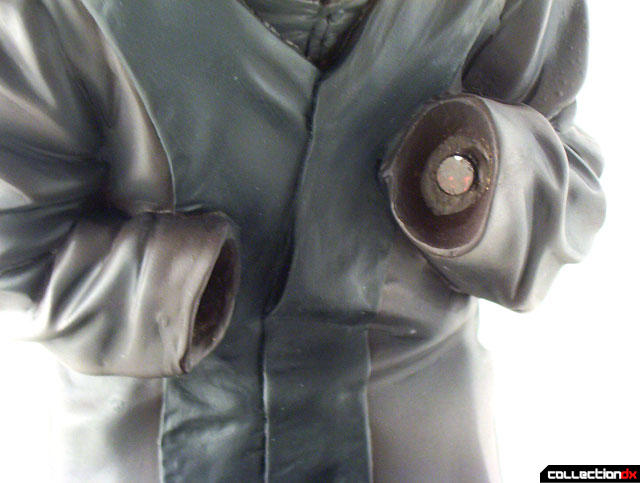