The Phantom Of The Opera (Silver Screen Edition)

Sideshow Collectibles offered both regular color and "Silver Screen Editions" of each figure in the first 4 series' of 8" Universal Monsters. The idea was to represent each character as they appeared in their original black and white movies. I'm not sure why they didn't do this for the series 5 figures, nor why it WAS done for The Metaluna Mutant. (That monster appeared in the Techicolor movie "This Island Earth".) Either way, it's a pretty neat idea and gave collectors the chance to have each character whichever way they wanted. I bought this one on an impulse and all the rest that I have are the color versions.

The sculpt on the toy is excellent, really capturing the likeness of Lon Chaney as he appeared in the 1925 silent movie classic. There are 12 points of articulation (knees, hips, wrists, elbows, shoulders, waist and neck), but it's a bit frustrating that no matter how you move them, he is always looking to the right! It tends to look a bit ugly if you raise the arms and bend the elbows at the same time too. 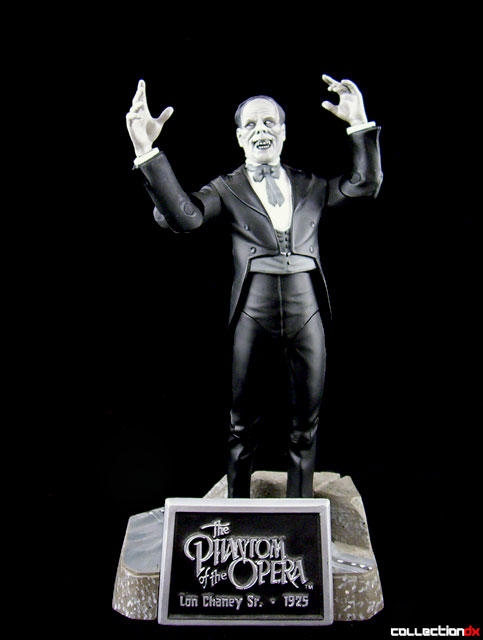 The figure includes the following accessories: two separate heads, a cloth cape and a base to stand the toy on with a plaque showcasing the movie's title, as well as the actor's name and year of release.

The heads included are for the "masked" 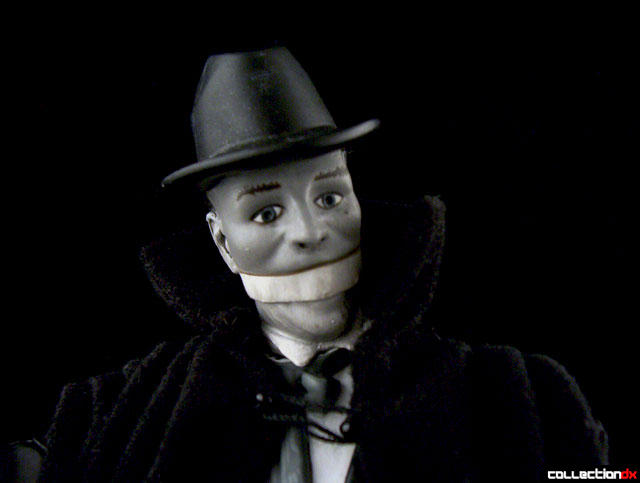 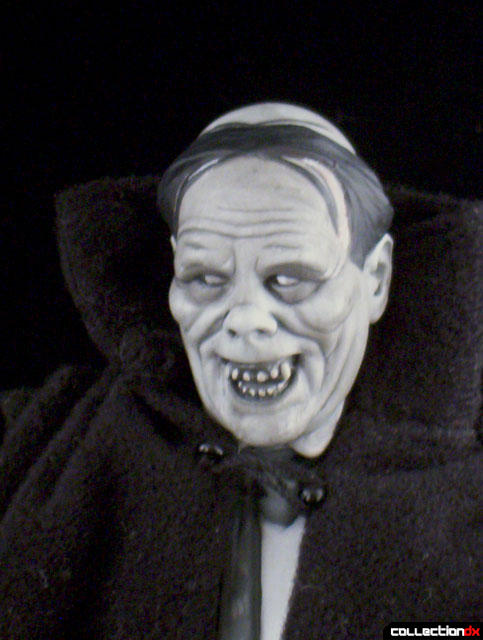 In addition to the regular and SSE versions, Sideshow also released a limited glow in the dark version of the Phantom.

Click the video to see the famous unmasking scene from the movie! 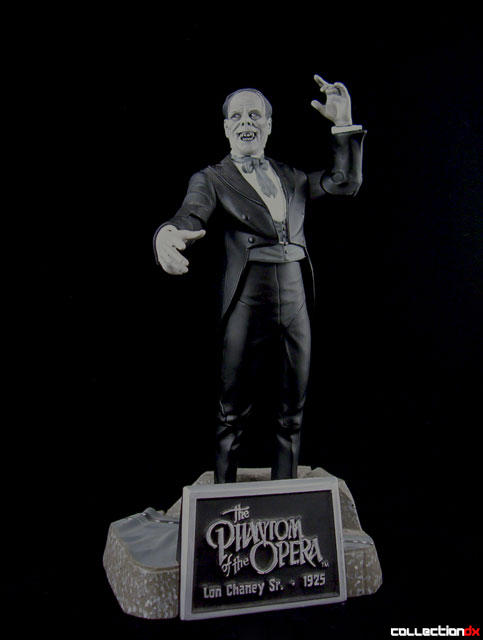 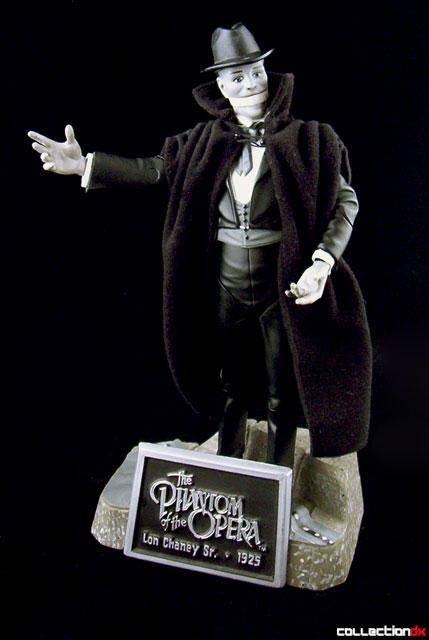 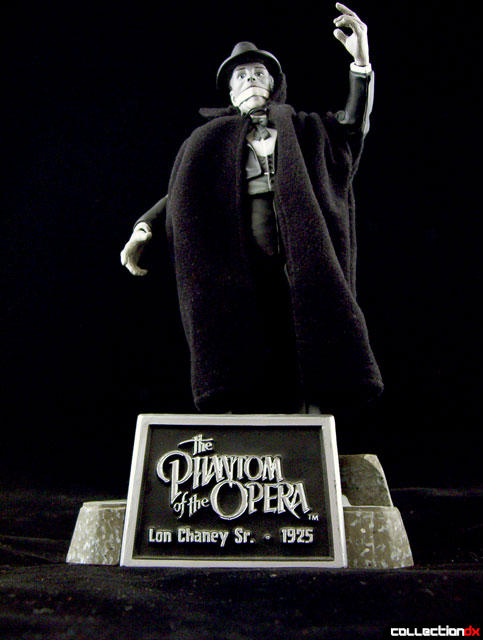 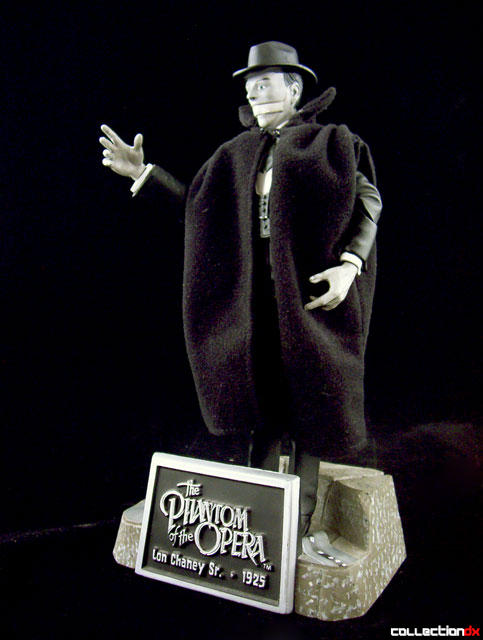