As you may know, I am also a huge metalhead. I've loved metal for over 30 years, and I haven't just been stuck in the past, I constantly consume new metal as well. One of my favorite new bands of the last 10 years or so has been Ghost.

Depending on what era of Ghost you jump in on, the band is fronted by a diferent Cardinal / Pope, with the rest of the band consisting of Nameless Ghouls. For a long time the identity of who was beind this thing was a secret, but within the last few years it was revealed that Ghost is the brainchild of Swedish musician Tobias Forge.

Super7 has been doing ReAction figures of metal mascots, so when Ghost came up I had to get it. And it's a great figure. 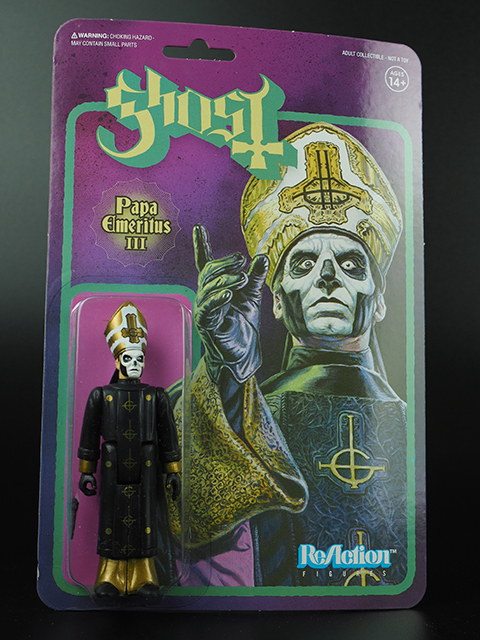 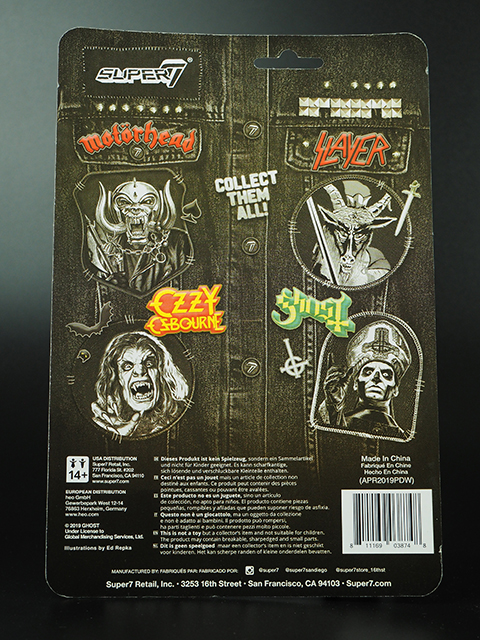 The card art is done by famous metal album cover artist Ed Repka, so it looks great on the wall. But this figure begs to be opened. 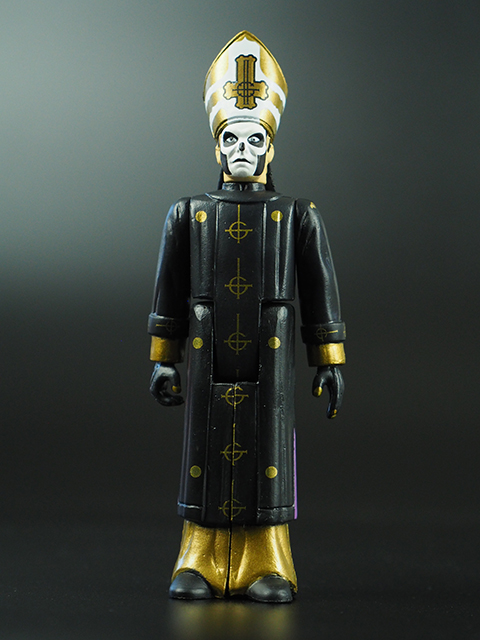 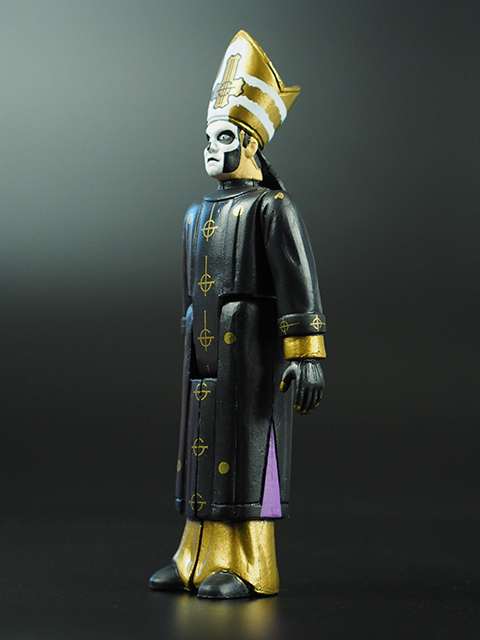 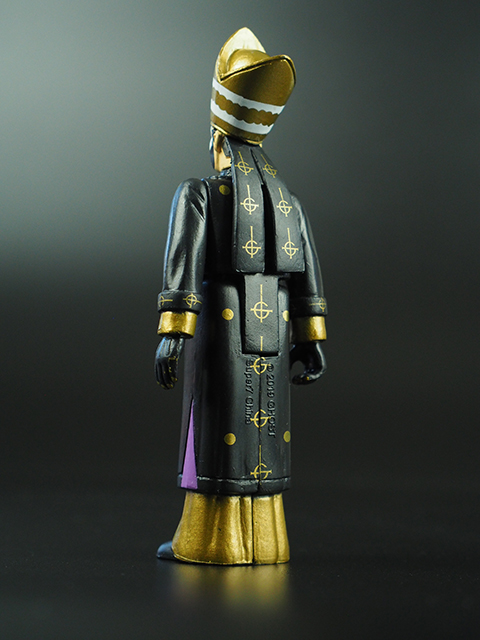 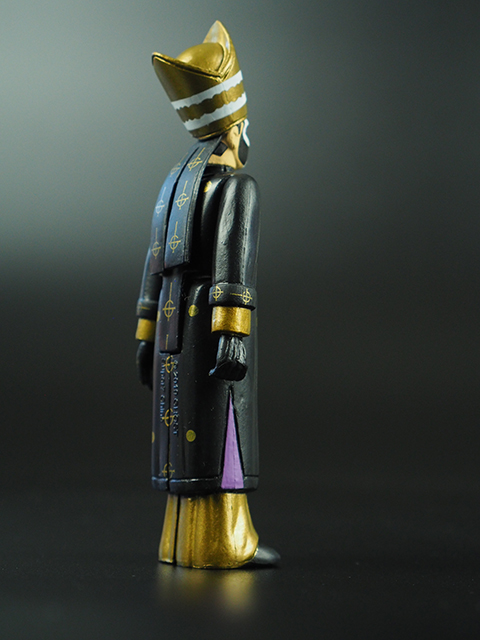 This figure deserves to be out of the package. You would never see the detail on the back of the figure if you hadn't. Each paint application is tight and rich, with each fine detail captured in high fidelity. Being ReAction, it has a simple 5 points of articulation, and they even split the legs up like a vintage kenner figure would. 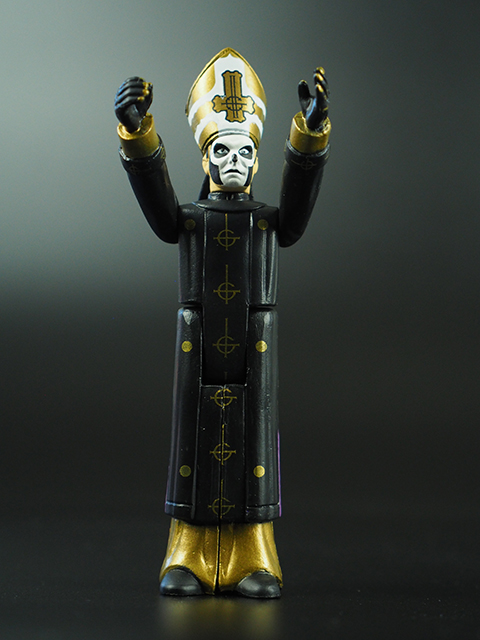 Papa Emeritus III comes with a small microphone. I would have rather it be molded in silver, to stand out a bit from the figure, but I understand most microphones are black these days anyway. It just gets lost a little. 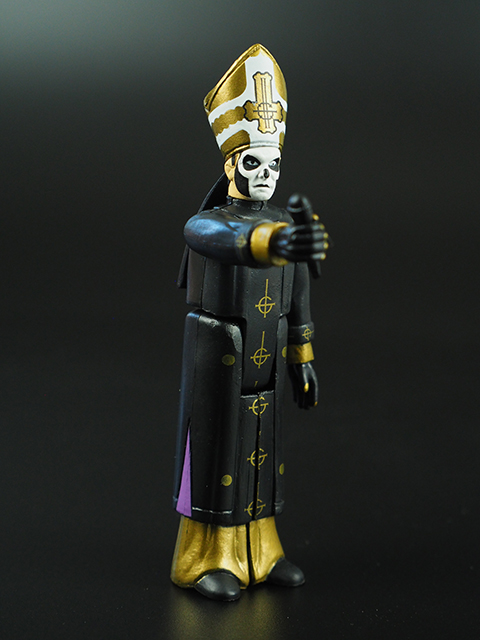 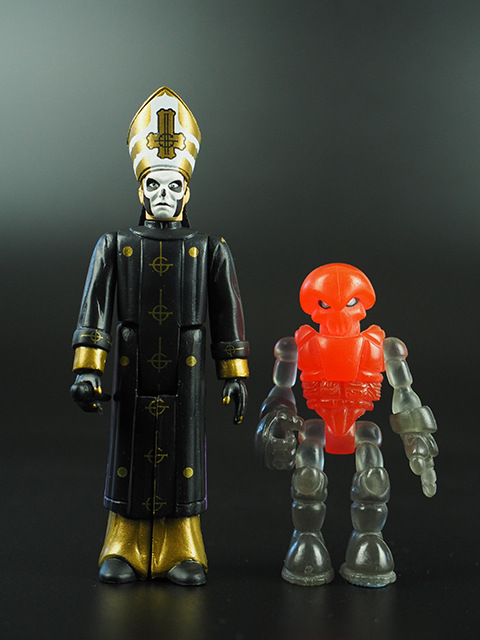 When I say the attention to detil is great, I mean it. Check out the eyes. See how they don't match? That's not a defect - that's how the character actually is. So even this minute detail is present. 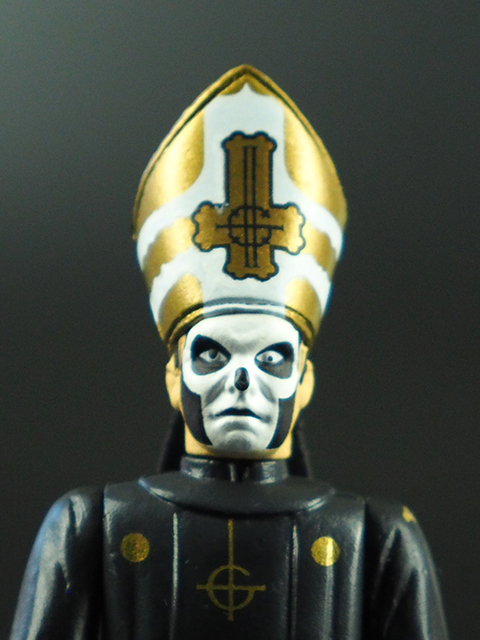 I'm very happy I got over my price-apprenhension with ReAction figures - if you are a fan of the band Ghost, this is worth it. Get your Papa Emeritus III ReAction at Fun.com