King Saturn is the Japanese version of Xodiac and is another one of the more common Bullmark Space King figures. I've seen a few of these over the years, both loose and in the original bag and header card. In fact, I am a bit annoyed with myself right now for neglecting to talk about the packaging for these toys in the previous reviews. For the record, all of them come in a bag with a header. Some also include a backing board in the bag, but all feature the same artwork regardless of the character you are buying. Unfortunately, at this time, all of my figures are loose. 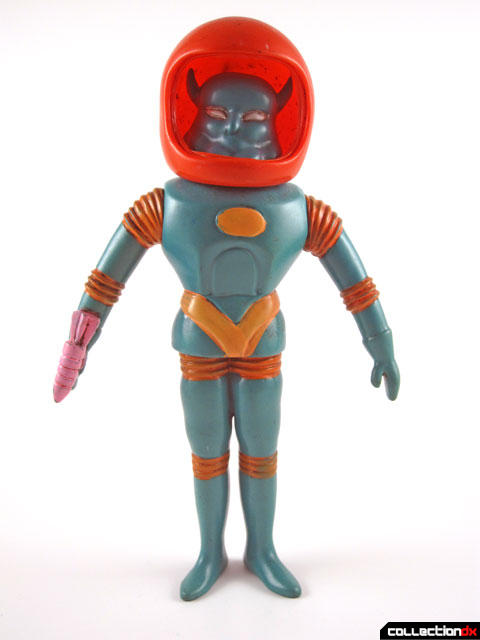 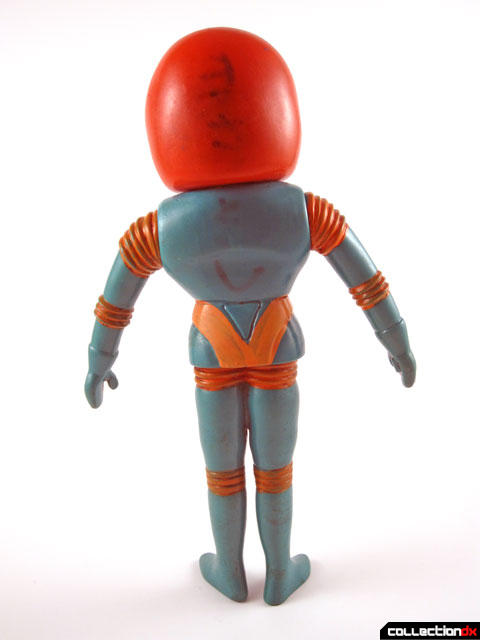 Much like King Venus, I think this figure is nowhere near as cool as it's Colorforms predecessor. Besides not being a fan of the change in color from a dark blue to a sort of aqua blue/green, I also think the face has an indistinct quality that makes the figure pretty uninteresting to look at. 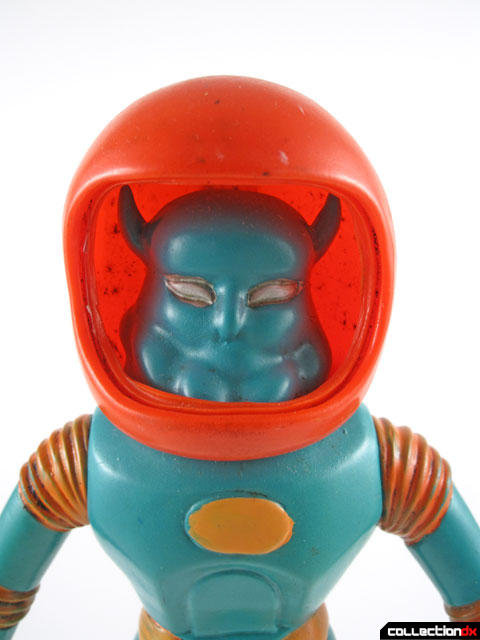 The figure features the same minimal articulation and dumbed down, molded in place weapon that is the norm with these toys. Also, once again, I'm missing the clear face shield for the helmet. 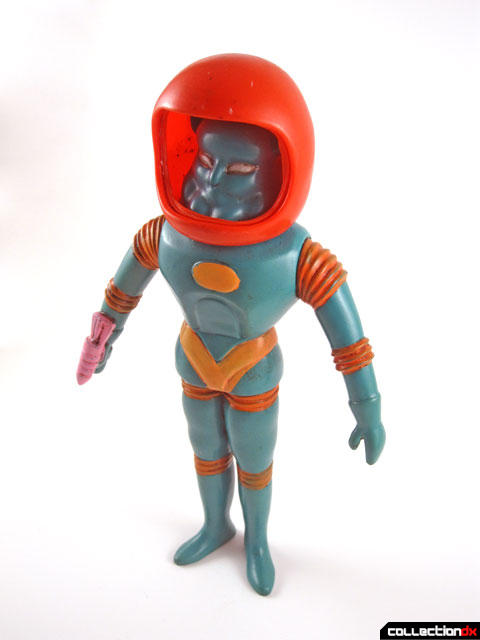 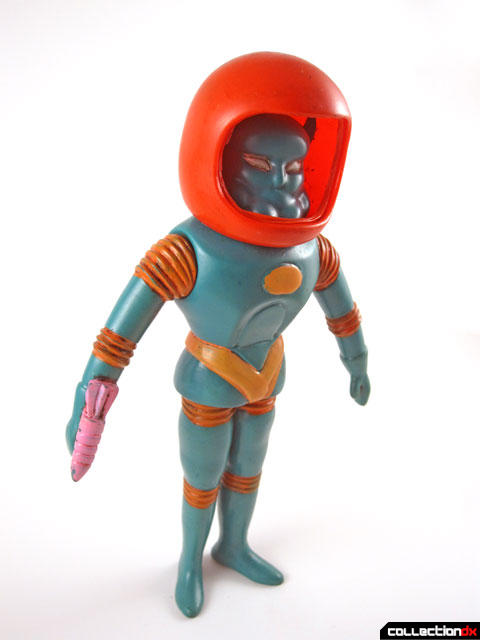 The bottom of the foot reads "Bullmark". 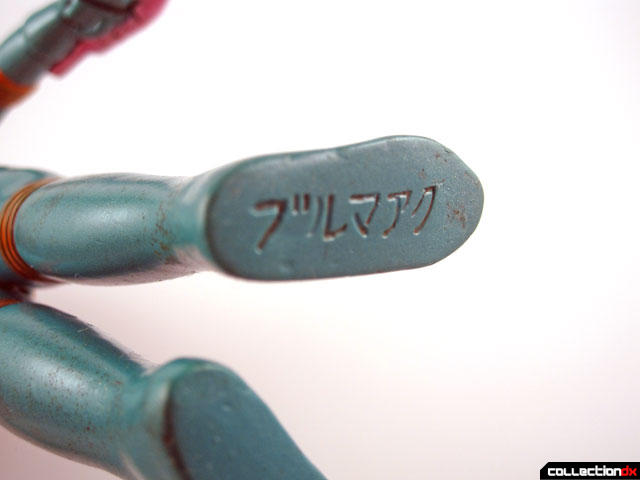 Not much more to say about this one. On it's own, it's an unremarkable toy, but it's also a must have as part of the greater field of Outer Space Men collectibles. 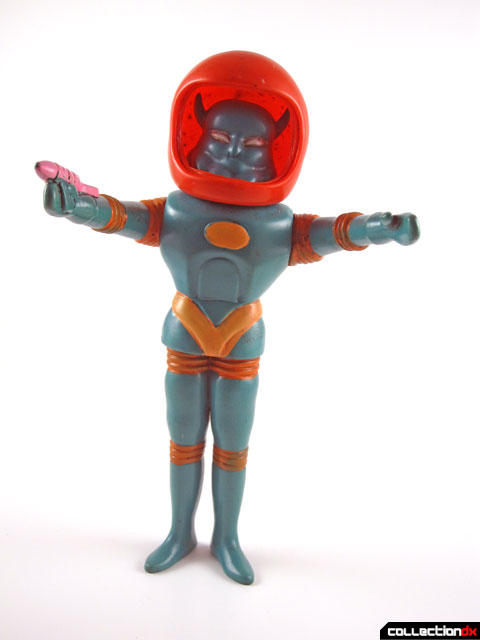 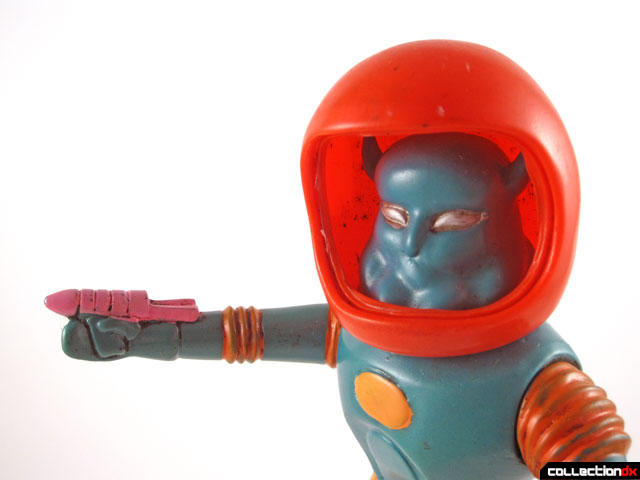