In robot mode, Prime seems big and imposing, but really, he is just average height for a deluxe. He features very large blue shins that, when compared to he small thighs seem even bigger, the same cannot be said for the head though, as it is very well sculpted it's also pretty small. The body is meant to look like the front of the truck, which it does well, but it is hindered a bit by the shoulders which are the actual front. The grill and bumper of the truck mode sits right in front of the fists, which does get annoying and is not helped by the fat that they could've easily just swung back. Overall, this is a pretty good robot mode that looks accurate enough, if a little small when compared to his size in the show. 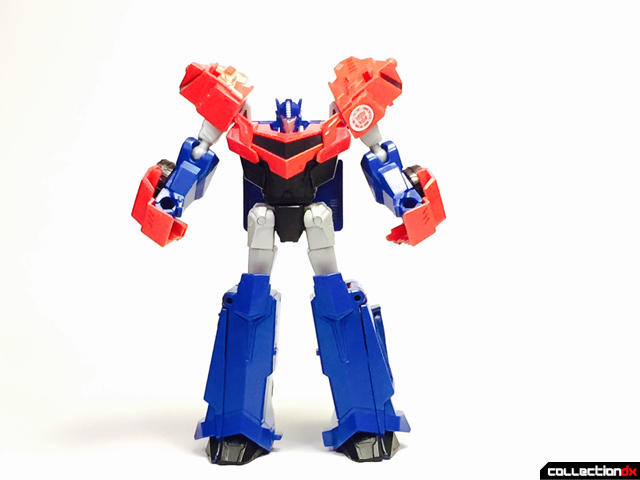 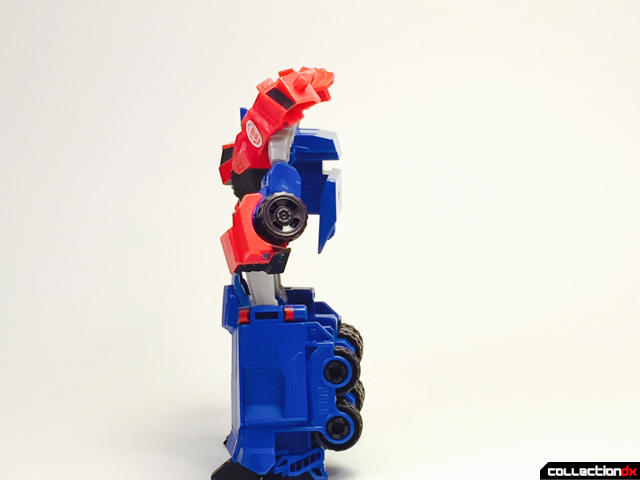 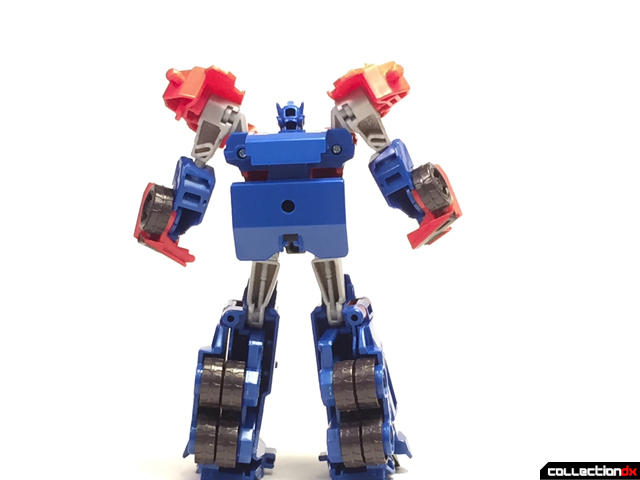 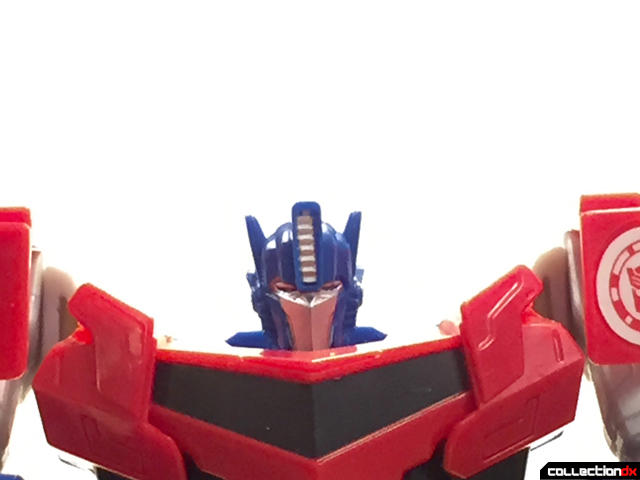 Compared to the Legends class version, this Prime is definitely a lot bigger and more accurate. 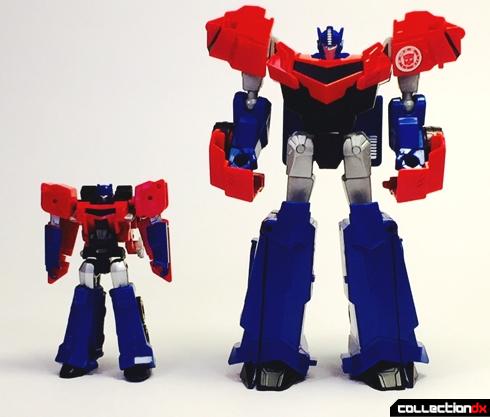 Articulation in robot mode is fairly standard, often using mushroom pegs for joints instead of pins. The arms move 360 degrees, go fairly outward, bend at the elbow and also features an upper
arm rotation. The move forward and back enough, go all the way out, rotate at the hip, and bend at a 90 degree angle. The head can move side to side and the waist rotates. 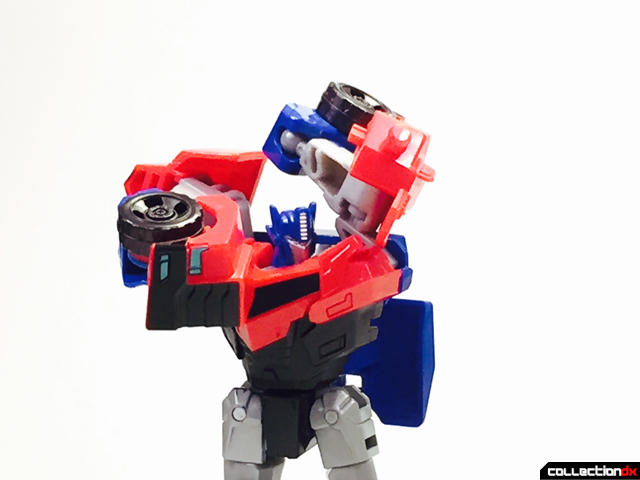 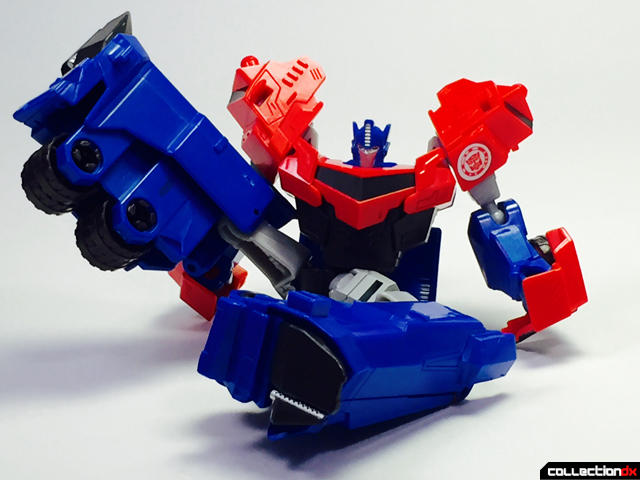 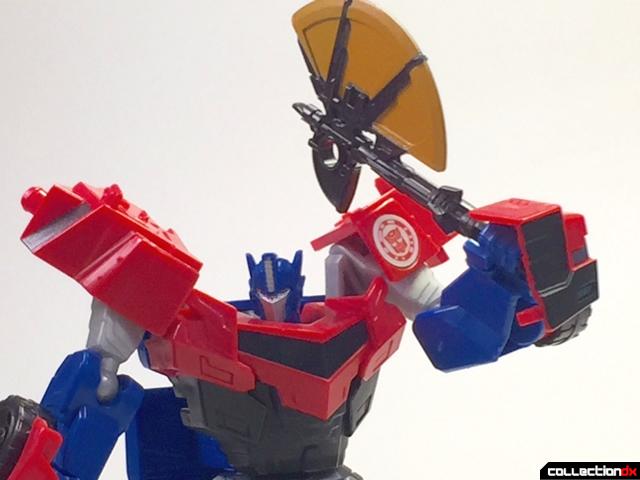 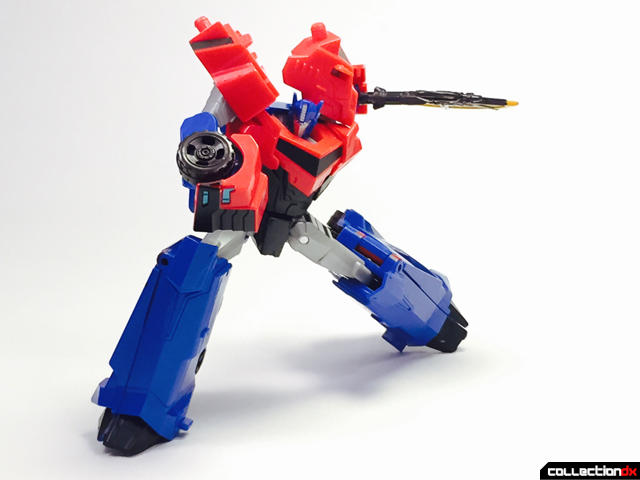 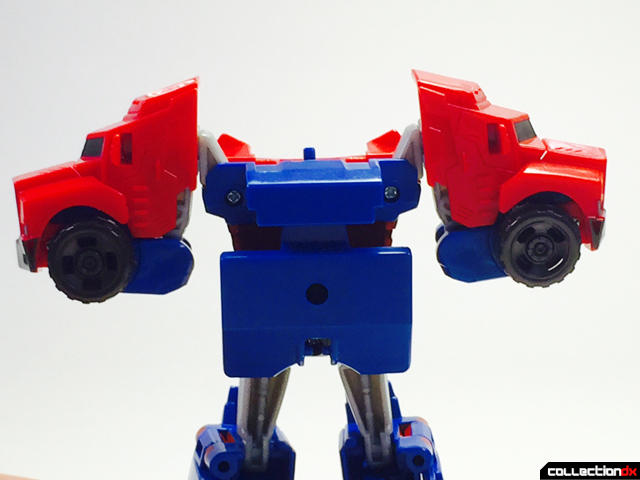 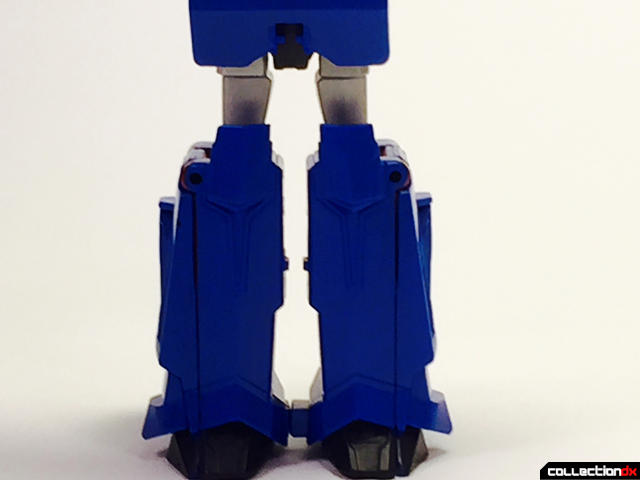 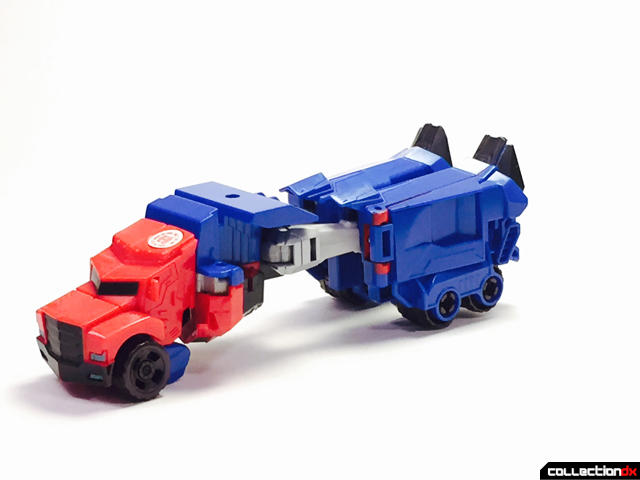 In truck mode, a red cab complements a permanently attached blue trailer. There are 10 individual wheels are made of black plastic and held on with plastic mushroom pegs that don't roll very well. The truck itself looks good, but it is waaaay too small when compared to other deluxes. 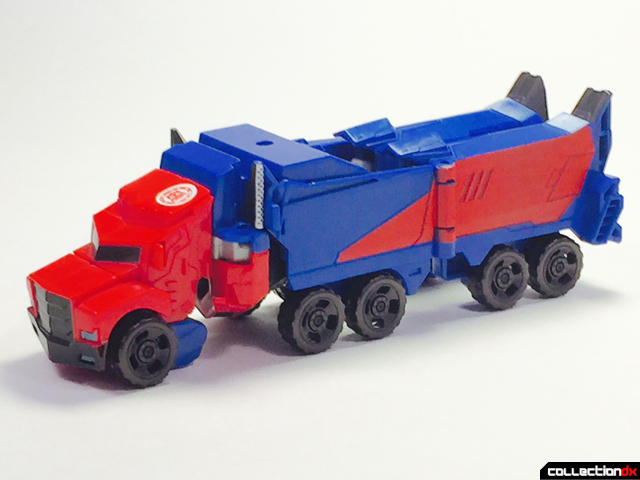 It of course is much bigger than the legends class though! 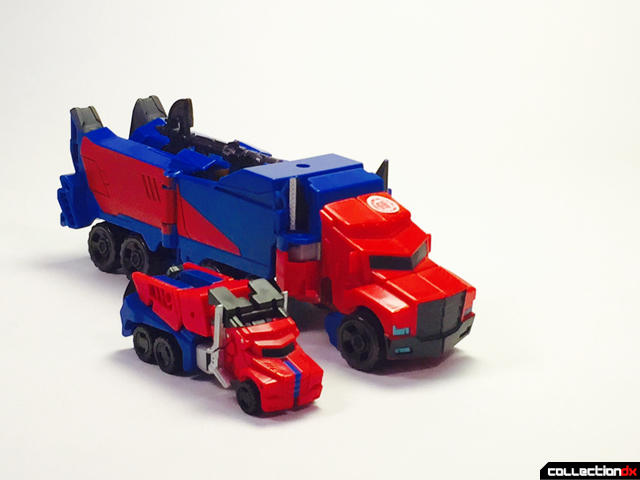 The axe from robot mode even stores on the back! 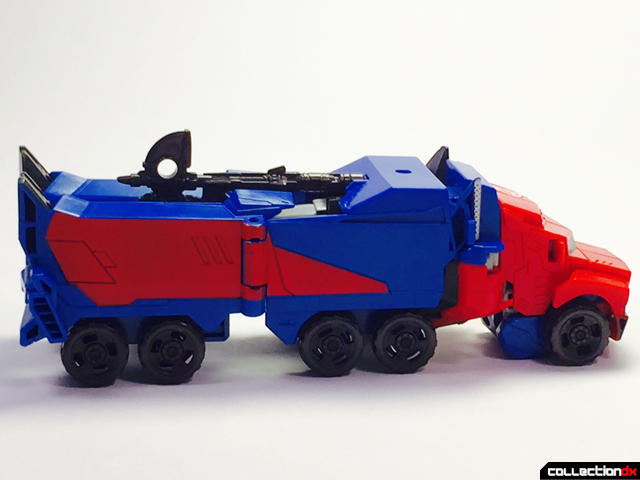 This new incarnation of Optimus Prime is an average, but fun figure with good articulation, decent paint apps and pretty good sculpting. Not a must have, but if you are willing to spend $15 on it, you wont be disappointed.

2 comments posted
For my Nephew

I got this one for my Nephew along with Grimlock and he loves them. I think they're pretty fun. What I like the most is that in the hands of a 4 year old, they're very sturdy and don't fall apart so easily.

but I took the Axe for my collection... child safety first *cough dibs cough*

I've found that his vehicle mode is just about the right size to be in scale with the Legends class guys, and the smaller head helps him fit in with them in robot mode. I think it fits, I like thinking of OP as a bigger dude, especially now that he has his entire trailer to transform with. He's kinda Powermaster-y.

I also kinda dig the truck grill on his fists. It's kinda clunky, sure, but to me they look kinda like boxing gloves. Nothing means business like punching someone with a truck.

My only real complaints are that they didn't make a Voyager-sized version with the same (or better) articulation, because the Three-Step Changer or whatever can't even bend his legs, and that the upper thighs are made of blue plastic painted grey. On mine the inner thighs aren't painted, and if you're just going to paint over it... why make it blue in the first place?