Transformers: Generations is a catch-all of the franchise from over the years. At first, it seemed random. But Hasbro committed to a focused approach more recently, and that's led to toylines with a theme, in gimmick & story.

Trilogies are the game. and the first began with Combiner Wars. Optimus Prime, front and center. As a Voyager-class figure, he can form the core of a combiner with any four Deluxe-class figures from Combiner Wars or Power of the Primes. I'll cover that in a later review. 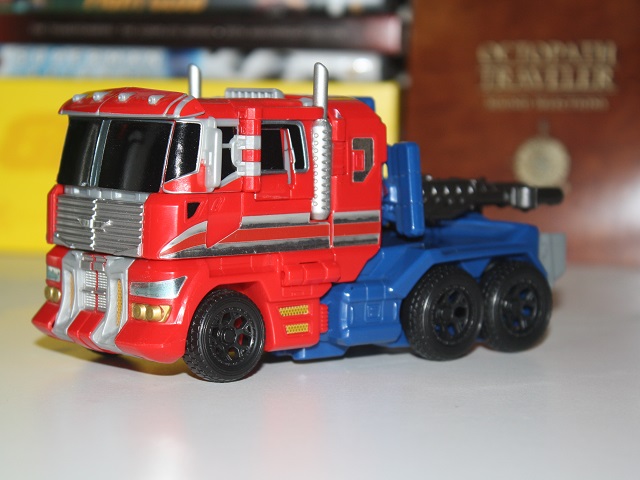 As almost always, Prime's alt mode is a truck. Looks modern and has a good size. The base is blue, the cab is red, the wheels are black, and the accent parts are gray (mirrors, grill, exhausts). The front windshields are blue, but they're covered with Reprolabels. Except for the headlights, they give all the pop with shiny silver and metallic gold details.

Even without, it's good looking. Nice for being different. He was retooled and sold at the same time as Motormaster, so that explains some of the design choices. 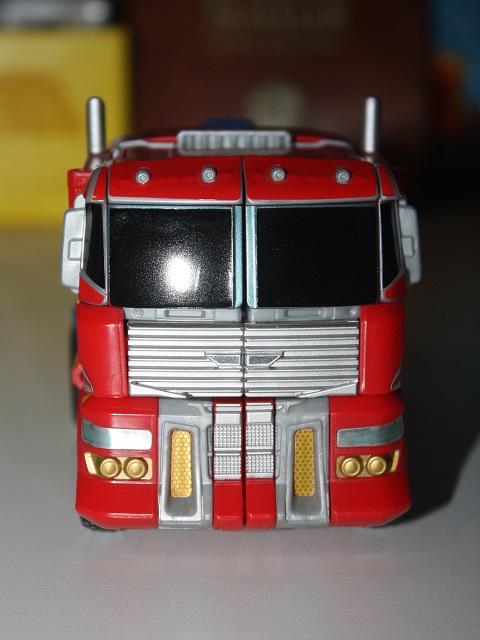 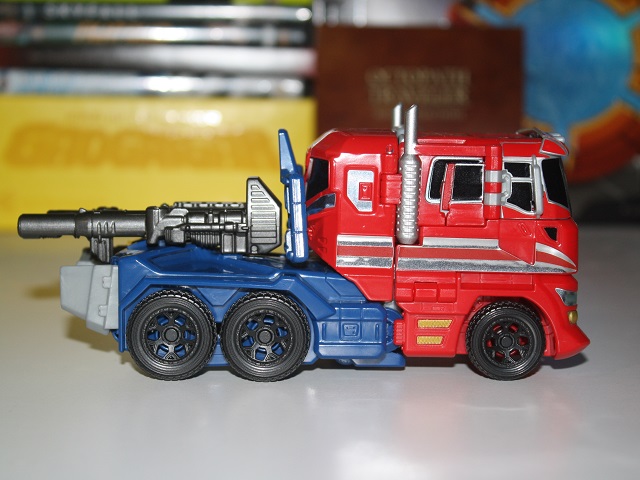 Everything holds together well, and he rolls easily. 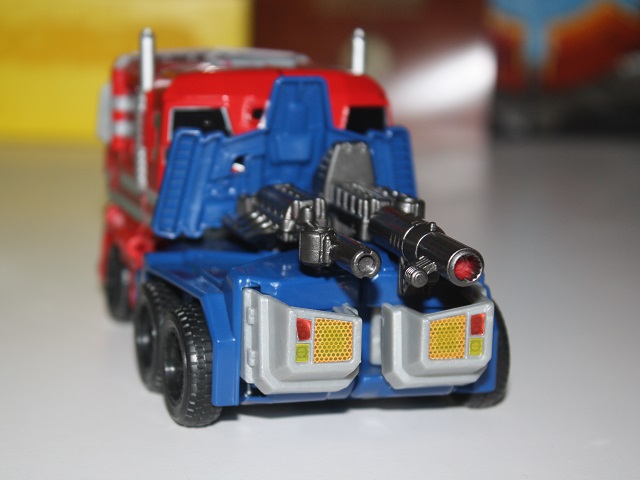 The weapons peg into what looks like a trailer hitch for storage. Seeing them like that reminds me of the buggy from M.A.S.K.'s Rhino. 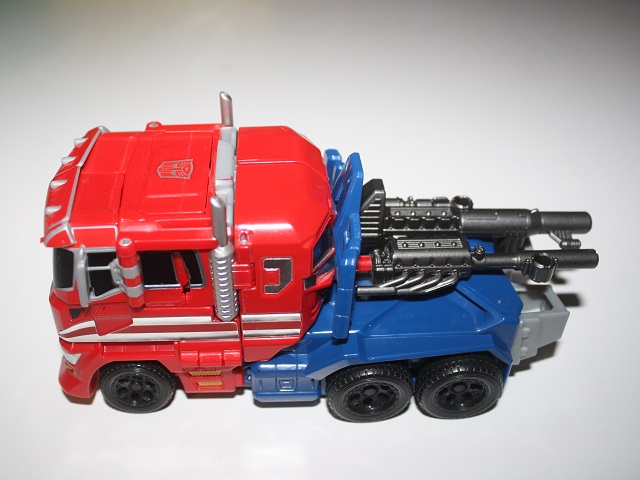 Up top is the Autobot symbol. 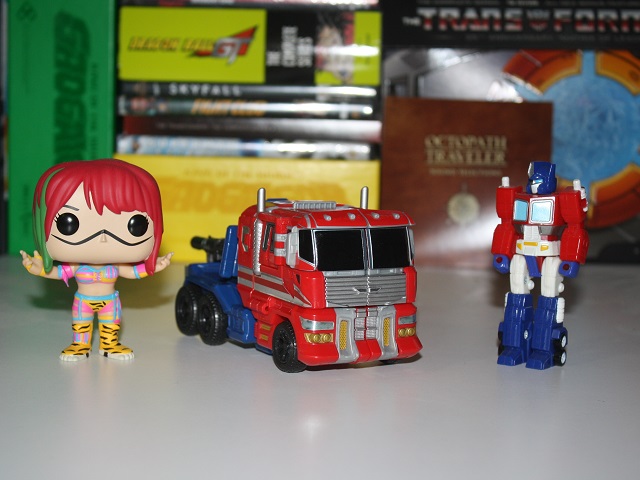 He maybe doesn't look it, but he's a good handful. 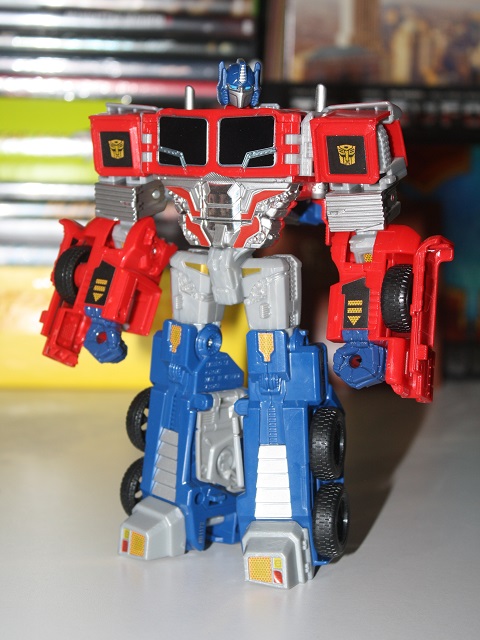 Robot mode is the money for me though. It's not just that he's tall. He's also bulky, beefy even. Seems more Motormaster, yet it works for Prime. He has standard symbols on his shoulders, but they're covered up here. Same for his grill abs, now shiny.

Transformation is sort of nifty. It's G1 Prime with a little extra. The arm panels are what lock in the base. And the arms themselves make the front half of the cab. How they rotate out makes them really long. 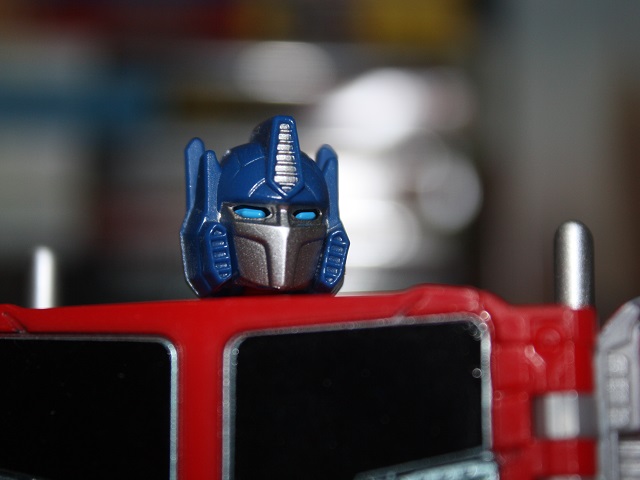 His face looks good, though different. There's a ridge piece over his typical mouth plate. 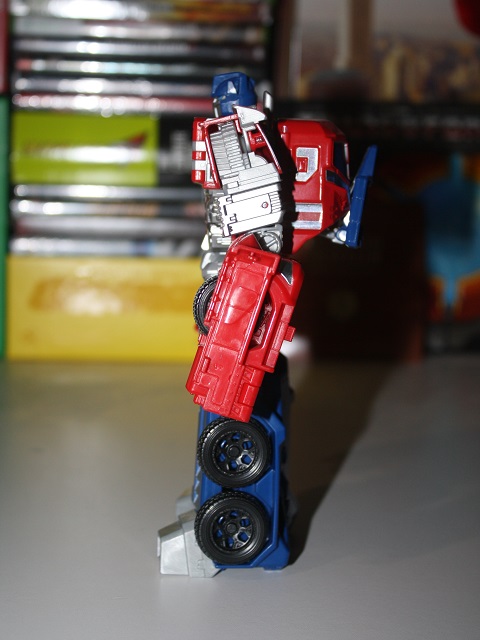 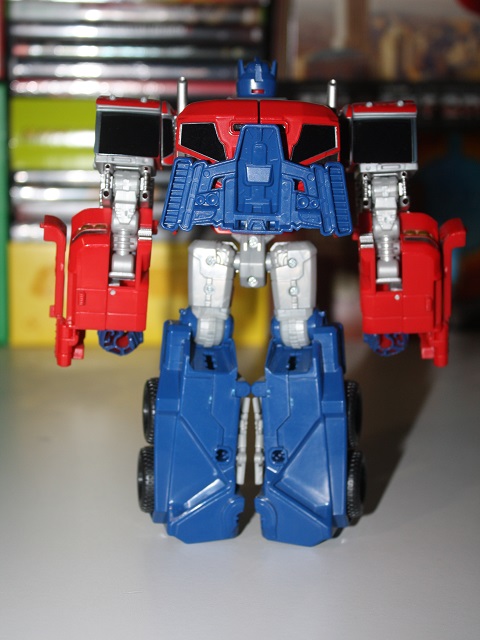 From the sides and behind, I'll add "lanky" to his description. 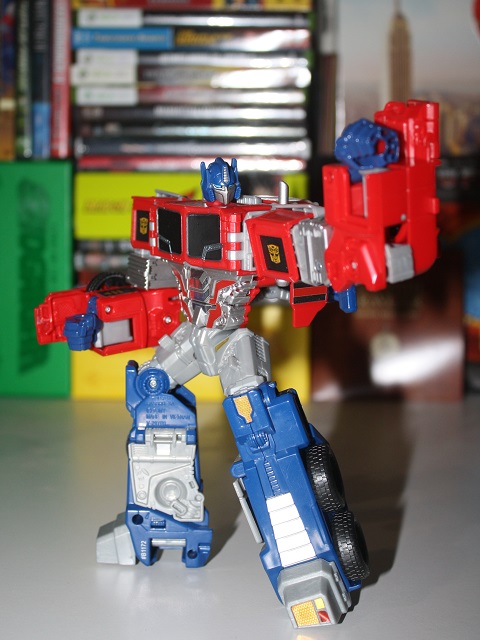 It all comes together for a lot of articulation, very expressive. He has head rotation, ratchet/swivel shoulders, swivel biceps, a semi-ab crunch, swivel waist, ratchet hips, and hinge knees. The feet tilt too, for transformation.

The only funky part is the hips. The lock points are very spread out, but there's a lot of soft give, so you can make them work. Combined mode is another story, but I digress. 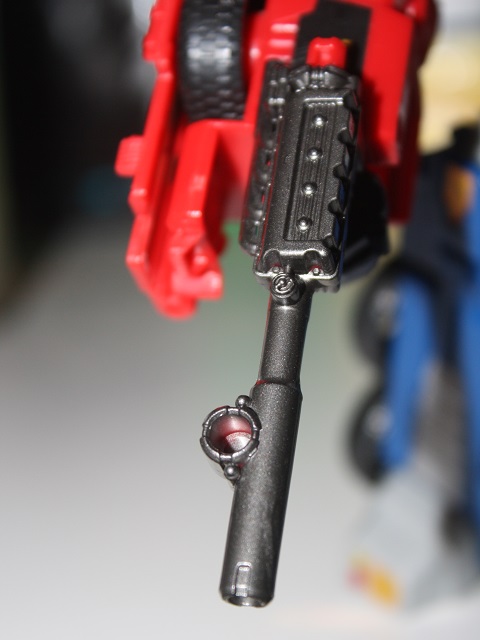 For weapons, Prime has two guns. The one looks new to me... 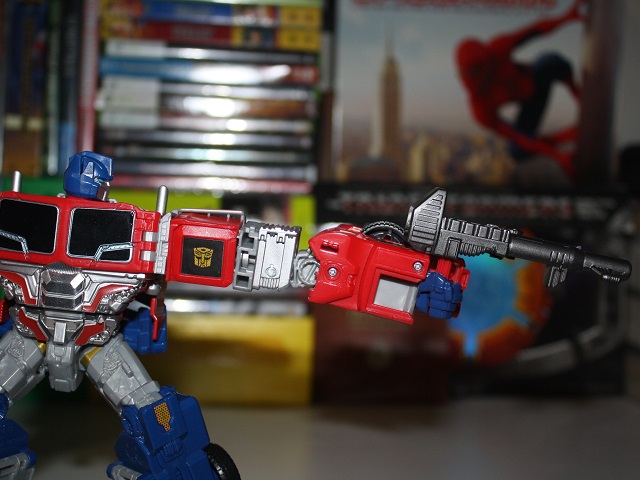 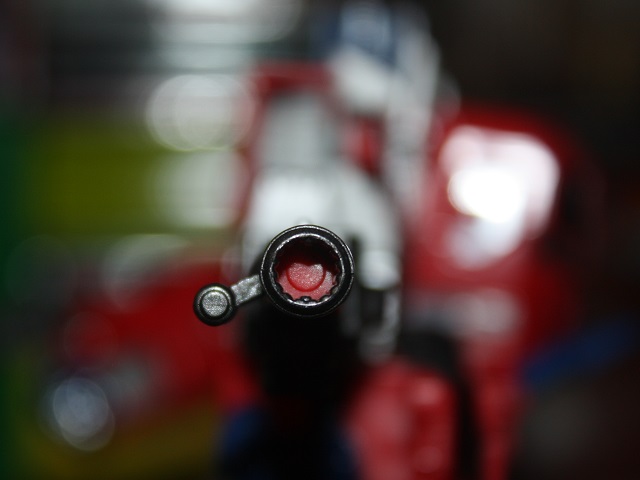 ...but the other is his famous laser rifle. 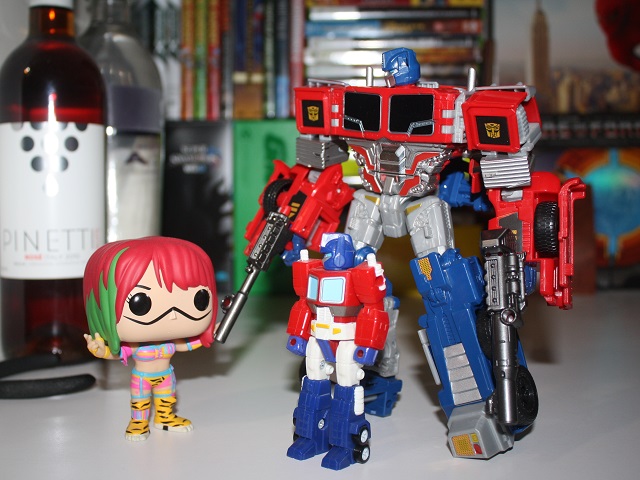 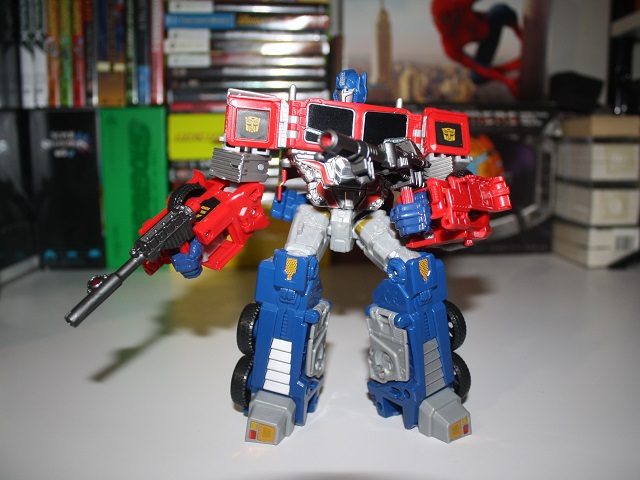 Combiner Wars Optimus Prime is something else. He might not be to everyone's taste, and five newer Prime toys have been released since this guy dropped, but I like him. Out the box, he's nice & fun. Add Reprolabels and he really gets spiffy.

He retailed for $25, and goes for $50 MISB as of this review. Worth it if you're a Prime lover or big combiner fan (pun not intended).