Set in alternate Marvel universe on Earth-807128, supervillains ruled the world. The man formerly known as Wolverine now lives remotely with his family and has retired from his superhero days. But when tragedy strikes, he is forced back into taking justice for how the world has wronged him. He is Old Man Logan! 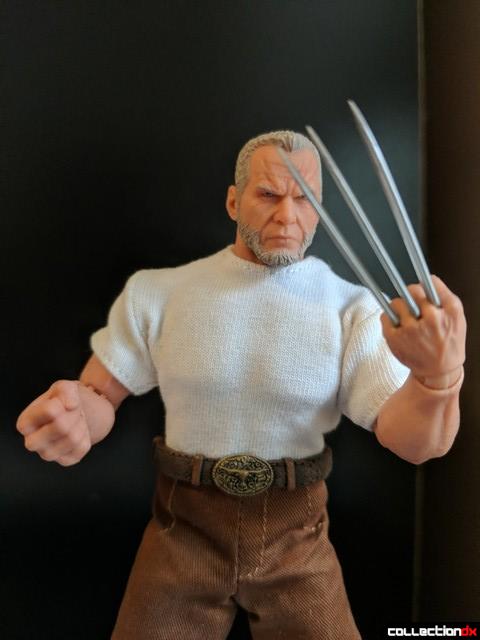 Mezco Toyz has given us a few renditions of Wolverine. This time, we get the man behind the costume. Taken straight from the Mark Millar comic, he looks like he jumped out of the pages. 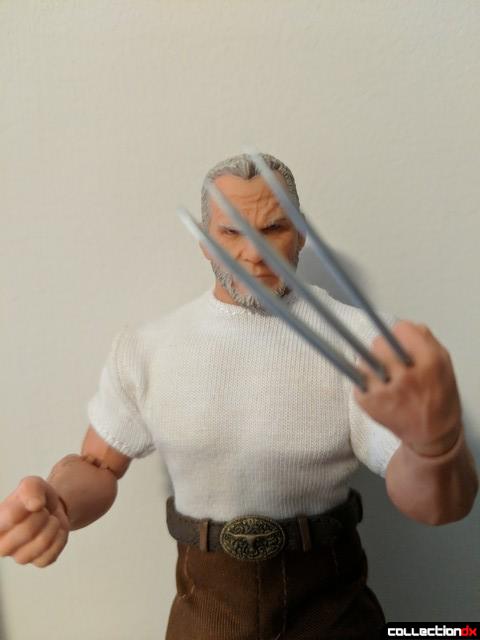 The head sculpt is extremely well done. It captures a man whose weary from walking a hard path in life. There are faint but visible scars on his face and a light wash over his white/gray hair. It matches very well with how artists have drawn Old Man Logan in the comics. 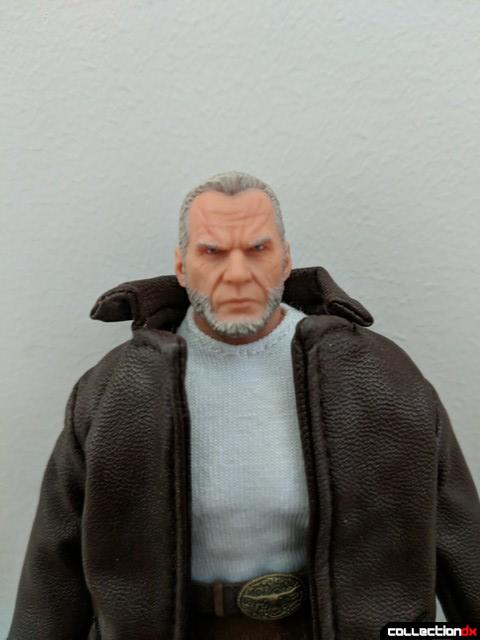 The costume: There is no “costume” to write about here. Old Man Logan has since traded in his traditional yellow and blue suit for civilian attire. The outfit, consisting of a white tee and long brown pants, has a dirty look to it as if he was out in the field all day. There a belt with a nice decor to hold the pants up. He also comes with cowboy boots which are nicely detailed. The one gripe I have here is the removable trench coat and hat. I feel that both of these pieces are way too large for Logan! The trench coat looks almost ridiculous on him. So I prefer to pose him without. 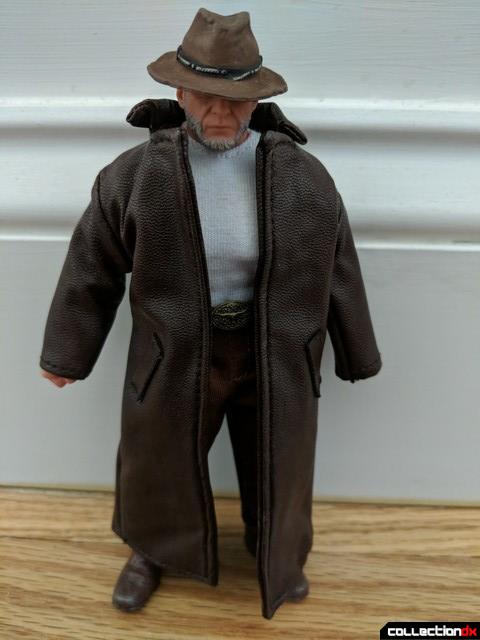 Articulation: This is where this figure really shines. Old Man Logan has perhaps the best range of movement compared to any other one:12 collectible figure to date. This is primarily due to not having any restrictive clothing on his body. His head is on ball point joint, double jointed arms, pegged wrists, ab crunch, double jointed knees, and an average ankle pivot/rocker. You pose him in almost any stance except for perhaps a very low crouch. 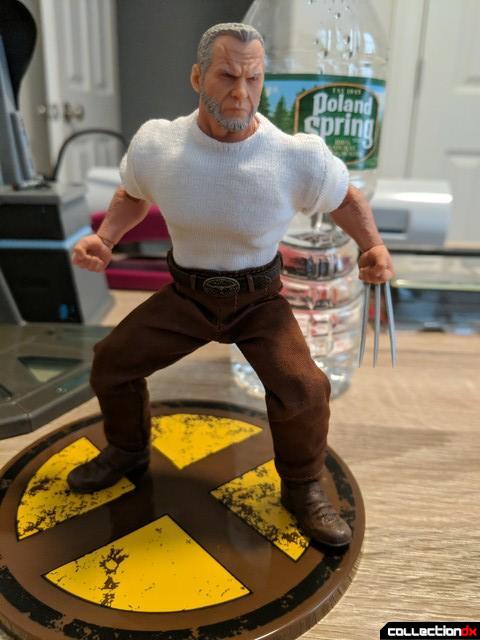 Old Man Logan accessories: Comes with interchangeable open and closed bare hands along with a pair of adamantium claw hands. There is also a trench coat and hat. The coolest accessory is his carrying bag with baby Hulk Jr in it! However, I am disappointed that he does not come with an alternate portrait. It would have been great if he also had an angry head sculpt to go with this look. Finally, It also comes with a standard Mezco Toyz display stand. 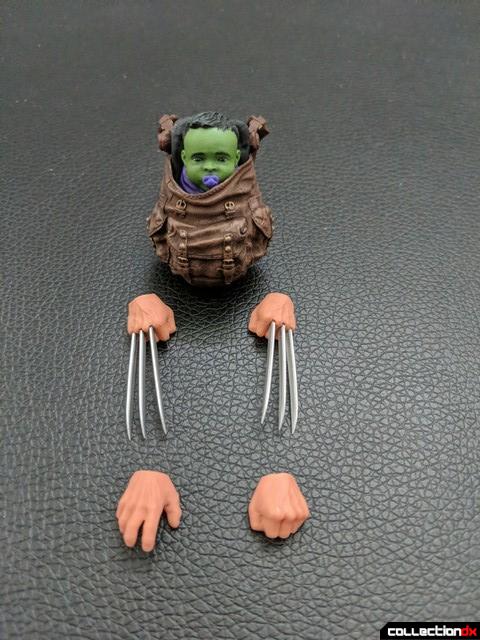 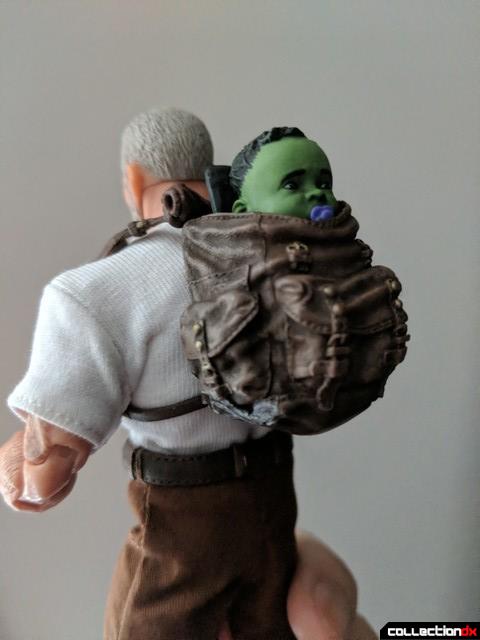 Overall, Mezco Toyz has delivered a very well detailed and articulated figure. It beats out the other rendition of Old Man Logan from Hasbro Marvel Legends series. While it is not the most exciting figure in the one:12 collectible lineup, it is a welcomed addition and shows a different side of Logan beyond the X-man persona he normally sports.

Special thanks to BigBadToyStore!

You can find this figure from their store in the link below: