Now this is something exciting!

Our sister site, ToyboxDX has spun off into Incubot Productions, a collectibles company that promises to destroy you with giant robot love!! Behind all of this is Alen Yen, whom we lovingly refer to as the "godfather". About 11 years ago, Alen created ToyboxDX, one of the earliest English-language websites devoted to Japanese robot toys from the 70's and 80's.

This labor of love has blossomed over the last decade into this site and others, and has served as the foundation for this community of geeks! It was only a matter of time before Alen started making toys of his own! 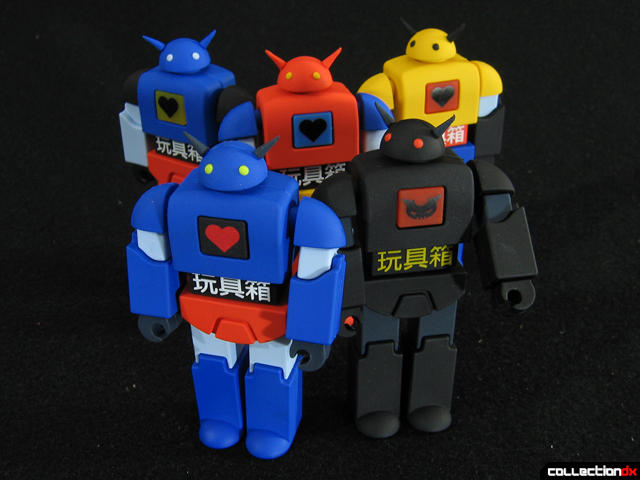 Now, the character known as "Nekosaur" is creation of Alen's--it's a tribute to the classic hero robots like Mazinger Z. The design is a little bit cat and a little bit dinosaur. And he's been brewing in Alen's mind for a LONG time!

In fact, the very first local collector I met in person was our own JoshB back in '05 just before the Summit that year...and he greeted me with a diecast Nekosaur keychain (scroll down to the 05.13.02 entry). These keychains were the first 3D incarnations of Nekosaur! 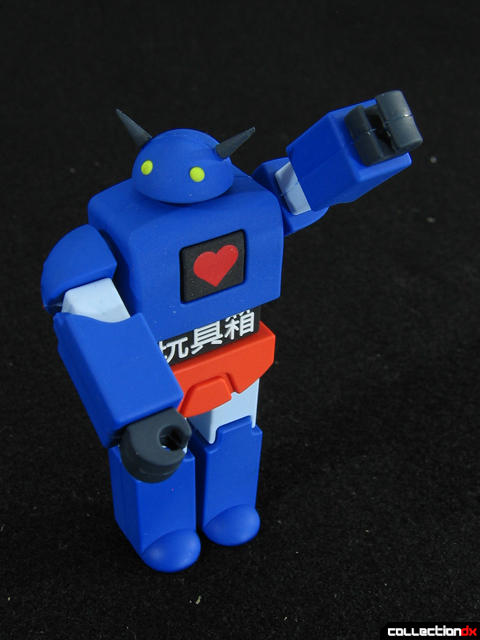 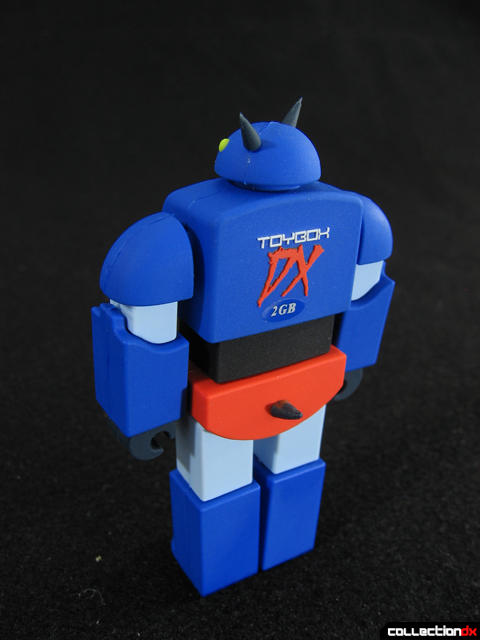 What Alen has produced here is a quantum leap over those diecast keychains! I was lucky enough to pick up a full set of these guys at Morphy's.

The Nekobot is a 3.5" tall rubber figure with three points of articulation (neck, shoulders). In classic robot style, they have "Toybox" in kanji printed onto their bellies. Unfortunately, I don't have their boxes to show off, as I picked them up so early, before they were printed up.

So what's the gimmick? Well, the figures actually split at the waist, exposing a 2GB USB drive! How do ya like that--something fun and useful! 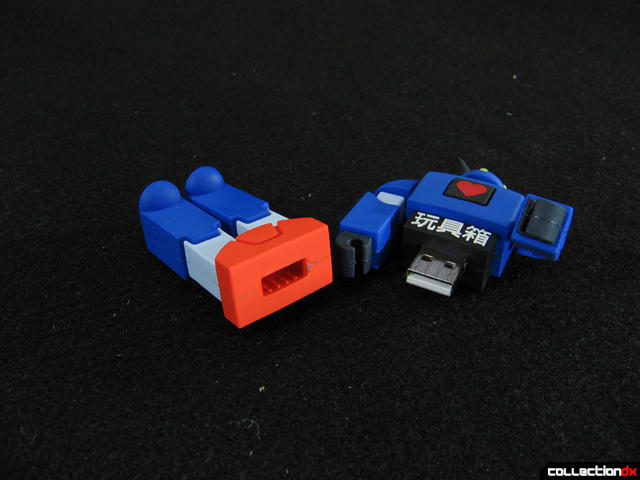 And one cool little bit: the chest emblem actually lights up when they're plugged into your computer! Some glow brighter than others, but either way, it's a nice touch. 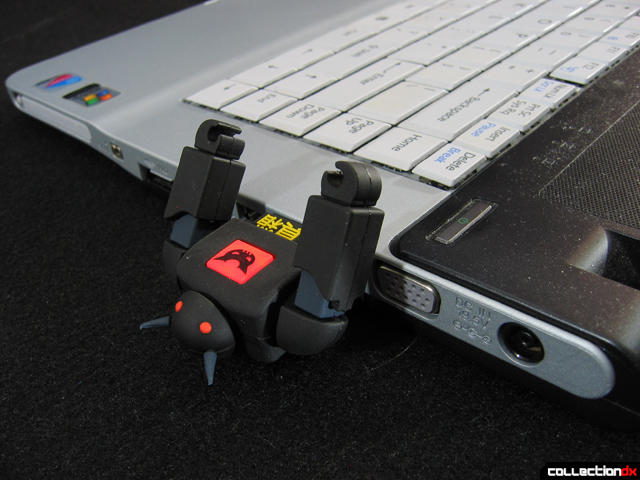 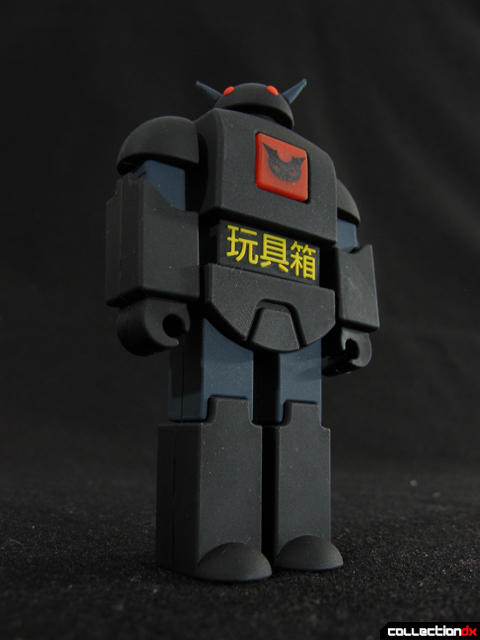 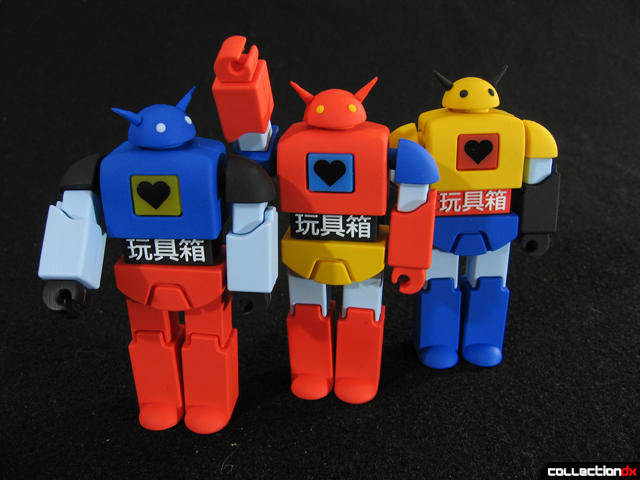 These figures are a blast! They're a little rough around the edges--visible seam lines, slightly uneven horns--but they're pretty much indestructible! I mean, besides the metal components for the USB drive buried deep inside, the entire figure is dense rubber molded in color. Not only are these perfectly safe stuffed in your pocket (even the thin horns), but you really can whip these across the room and not worry about damaging the figure!

Another thing I love about these guys is messing around with their pants. :P 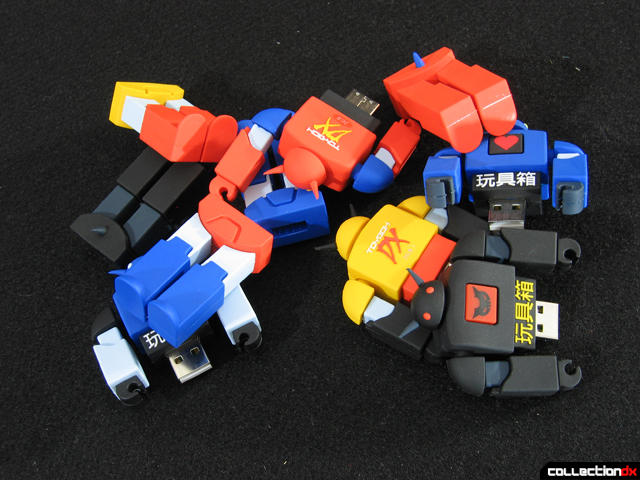 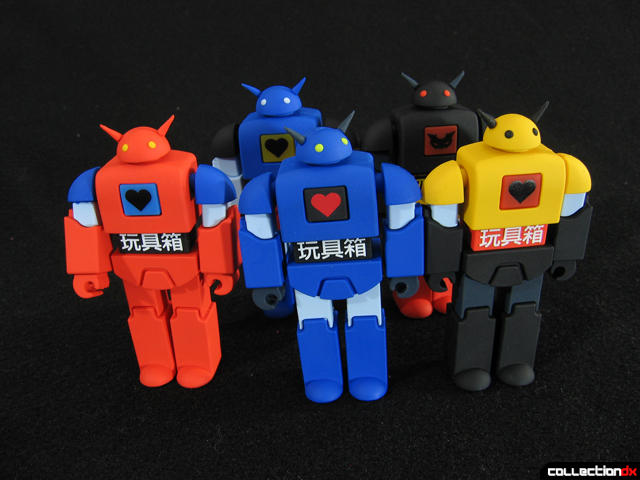 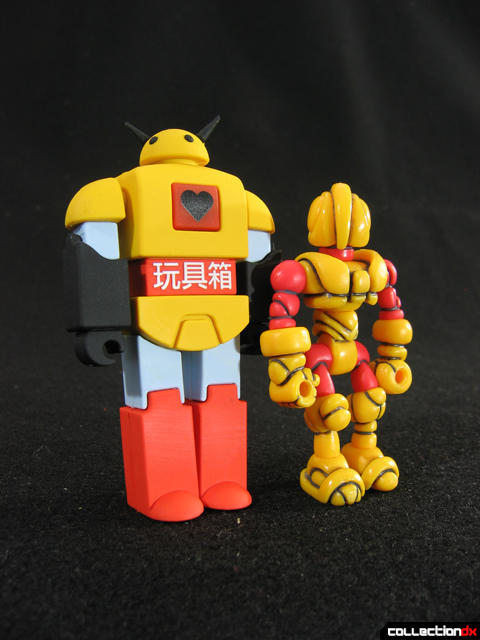 So get over to Incubot and pick some of these up!

9 comments posted
So where's the succubot?

Then again, a super robot toy in female form (named after succubus) might be kinda cool!

Wait for the inevitable Sucklord collab.

I like the rough quality to it,like the seam lines and so forth. I do (like probably a lot of us here) like and collect the bigger lines like Transformers or what not,but the modern stuff is so....."sterile",I guess,for lack of a better word.

I like how they're toys first...and the whole USB thing just gives me adult nerd justification to keep one in my pocket at all times! ;)

I don't need something like this to be perfectly free of flaws...I just need it to be fun!

Oh...and wait til you guys see the accessories planned for these...

If someone else could do it, then--gosh darn--I can too.

Expect some diecast combiners from me in, say, ten or twenty years.

Great write up, and announcement Sanjeev. I'm glad to get in on these at the start of a new company. Love my Stealth Nekobot. Alen's really on a roll! Can't wait for the boxes. I saw the flickr photos, and the box design is hilarious.

I couldn't make the full commitment at Morphy's, but I ordered a set of 5 last night. They just look so great as a group.

Josh gave me the Stealth one from his set. I love it. ;-)

"She is small but carries a big gun"