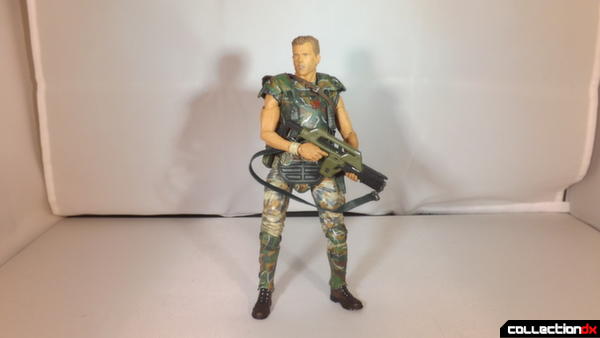 Hicks, played by the wonderful Michael Biehn, who is deservedly having a resurgence in popularity. 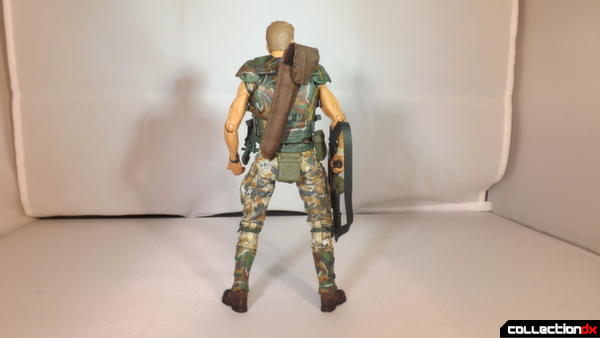 This figure doesn't really capture the likeness of Mr. Biehn, it's the only real negative i have about this figure.
I might as well start with the bad, the rest is all good from here. 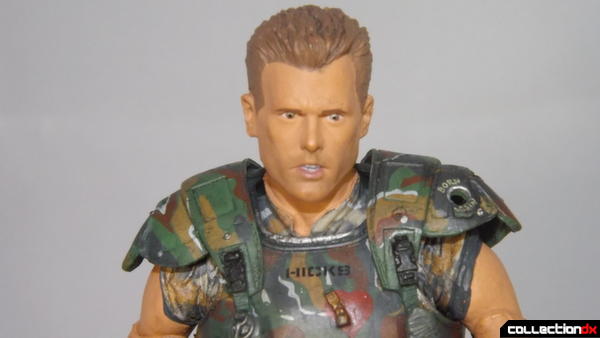 The figure has Hicks' United States Colonial Marine Corps service number on his left arm, and a nicely sculpted digital watch to boot (coz digital watches are the future!)

His right arm has a bandaged wrist, pointing to the fact this figure is based on how Hicks looked in the middle of the film. 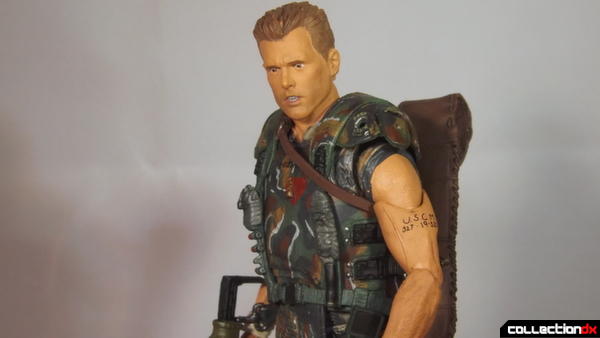 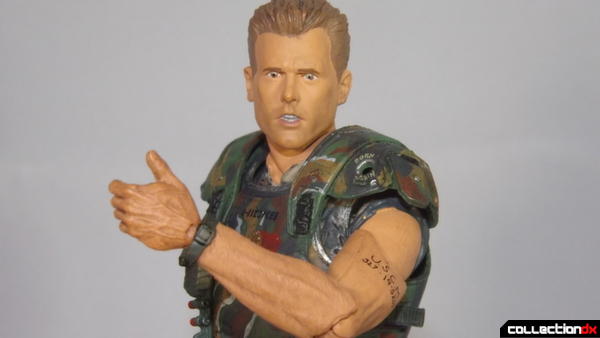 Hicks' body armor is faithful to the film with his name on the chest and a bullet hole in the left shoulder with "born again" written around it.

On the back there's a Kanji symbol and "LIFER" printed on the lower back.
He also has a hole for the back light that comes with the Hudson figure, like Hudson I can't get the light pack to stay in the hole. 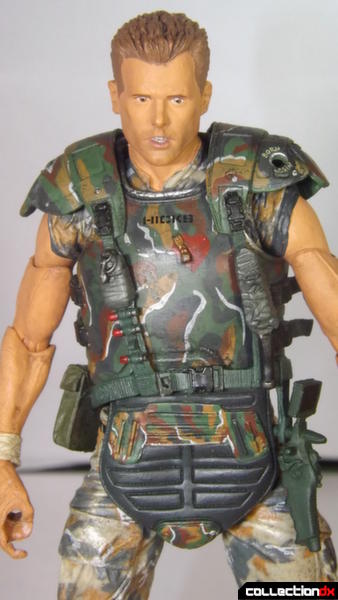 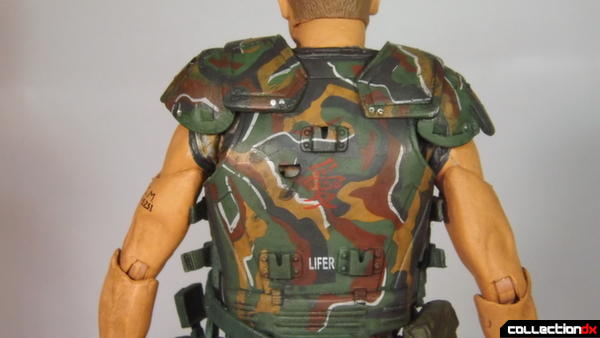 Hicks comes with a bunch of accessories, his M14A Phase Plasma Pulse Rifle, a Pump Action Shotgun with rubber back holster, and finally a plasma cutter. 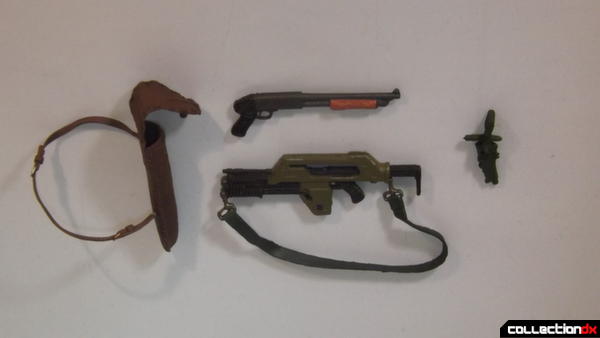 "I wanna introduce you to a personal friend of mine. This is an M41A Pulse Rifle. Ten millimeter with over-and-under thirty millimeter pump action grenade launcher."

The Pulse Rifle is spot on accurate, I have a nice little glow finally owning a Pulse Rifle, even if it is only an inch long.

It has a rubber strap that you can use to store over Hicks' shoulders.

The ammo counter is visible on one side of the gun but has no red detailing (which for the size and price i wouldn't expect it to). 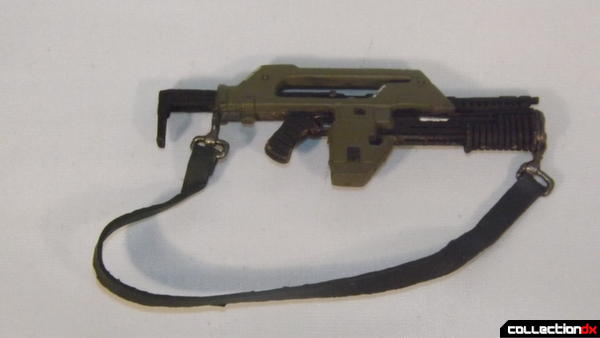 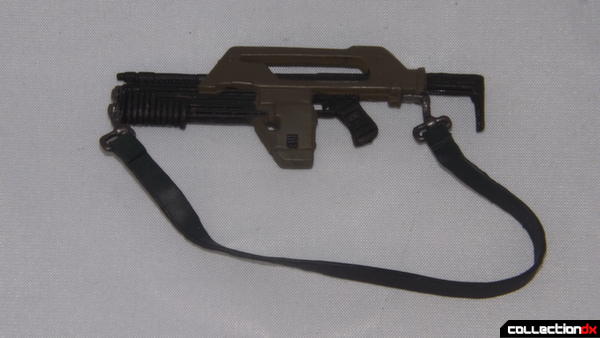 The plasma cutter is stored on the left side of Hicks' belt, the nozzle of the cutter fits through a little hole on the strap.

Hicks can hold the plasma cutter in either hand, and if NECA gets around to making a Vasquez figure you can re-create the final Alien assault scene in the med bay. 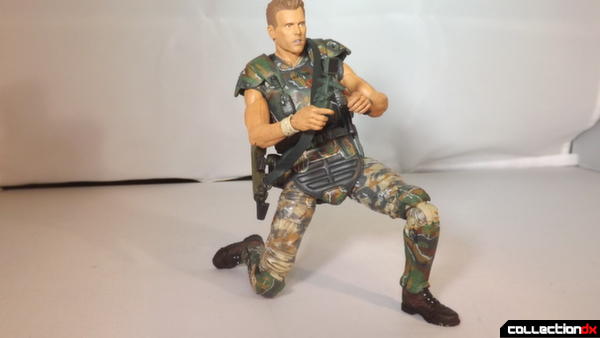 "I like to keep this handy, for close encounters.."

The Shotgun is nicely detailed but is pretty plain and has no moving parts, the holster fits on Hicks' back and the Shotgun can be placed inside. 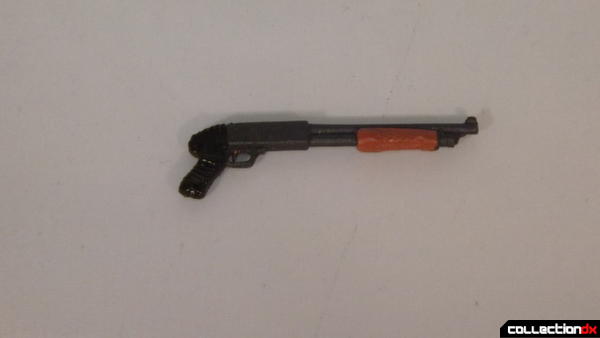 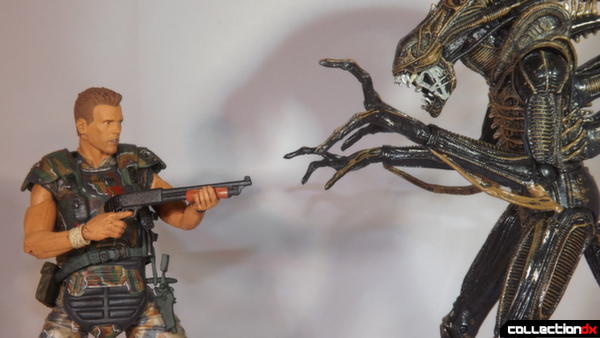 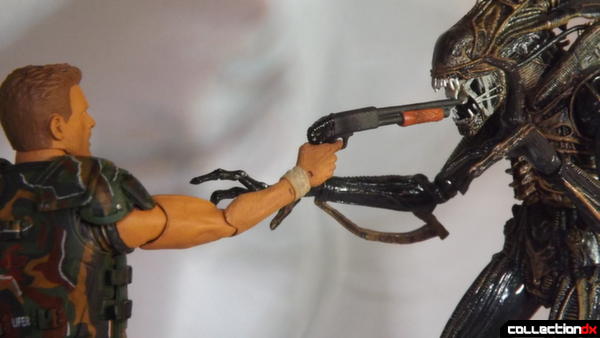 Unlike the Warrior Alien the toe joints are not weak and you can get some great and iconic poses from the figure. 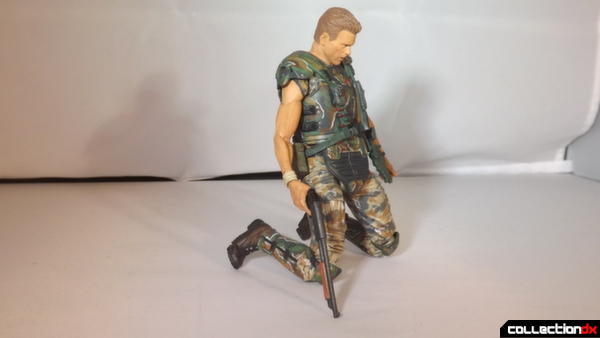 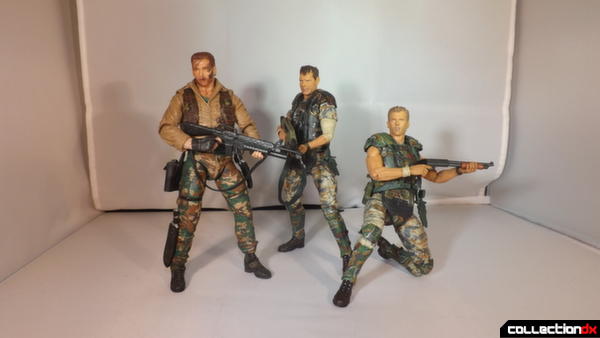 If you can get over the dodgy face sculpt, Hicks is a great figure.

I hope NECA gives us most if not all of the Colonial Marines from Alien, I can't be the only one who wants an Apone figure? 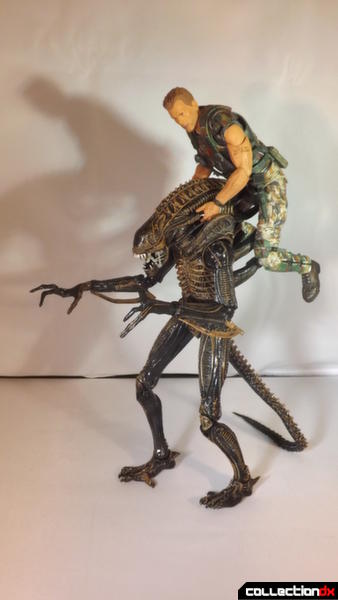 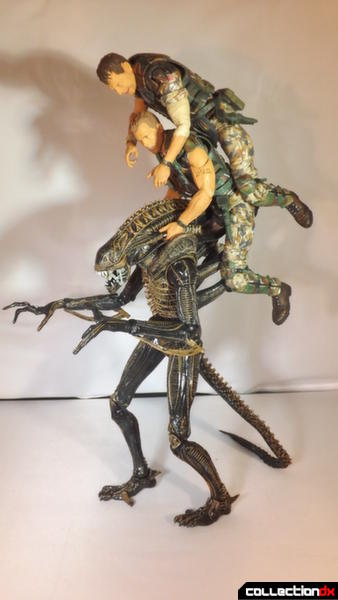 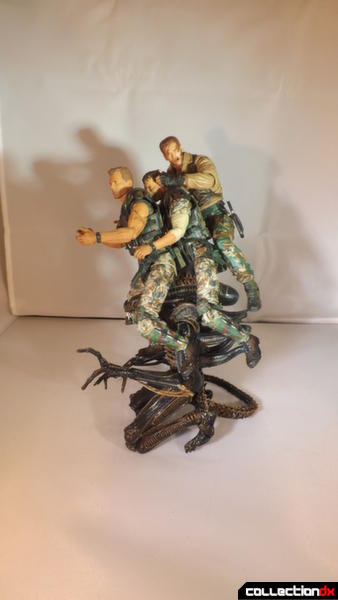 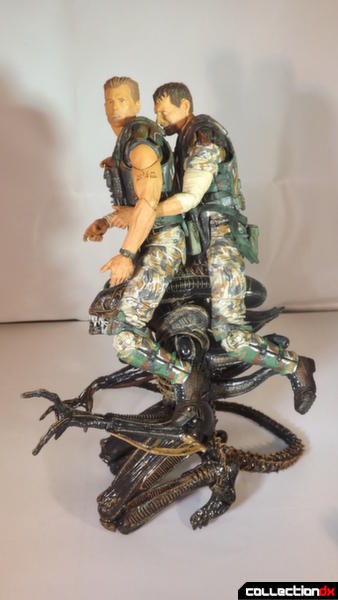