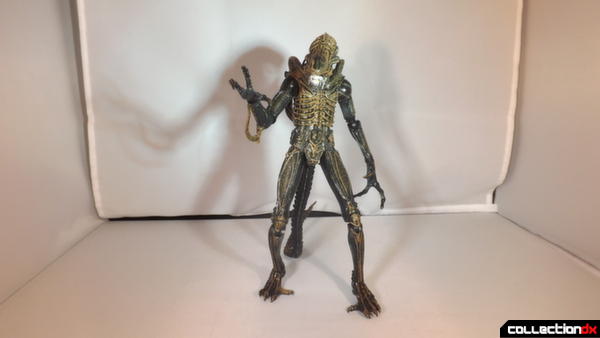 From one of my favorite films of all time NECA finally gives us Alien figures.

I have a slight Aliens problem, i have memorized every line from the directors cut, word for word. 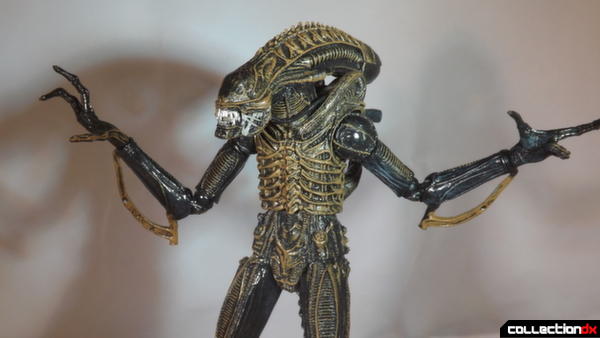 The first up in a review series is the Warrior Alien.

HR Giger's original Alien design was altered by James Cameron for Aliens, the head dome was removed and the skull-like eyes were covered by a smooth face piece.

I think this was more a practical decision than aesthetic. 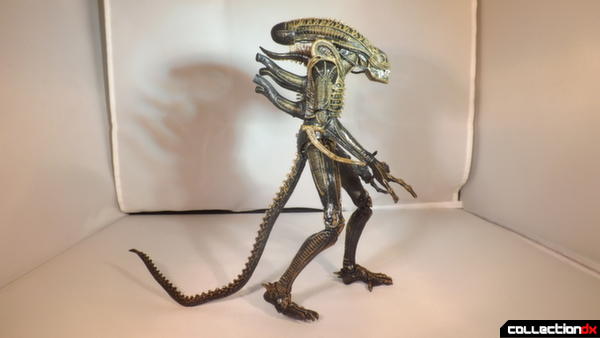 The colour of the Alien was changed from all black to a brownish wash over the black base colour, the NECA toy re-creates this look pretty well.

Up close the brownish wash on the figure looks a lot like the art in Alien: The Illustrated Story by Archie Goodwin and Walter Simonson. 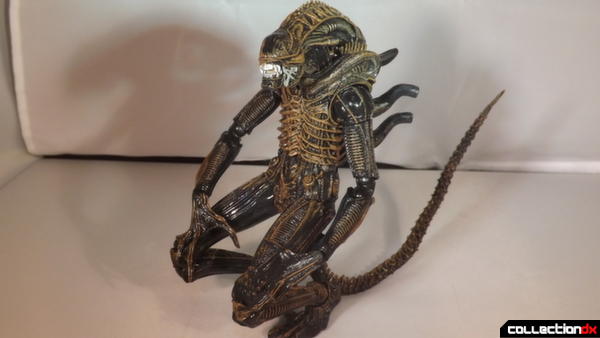 This figure can be a pain to pose, the feet don't have ankle pivot but they do have toe joints that are quite loose and it has a tendency to fall over unless you use the tail as a balance.

The tail itself is made of rubber but has a metal rod inside that can be posed in any way you can think of. 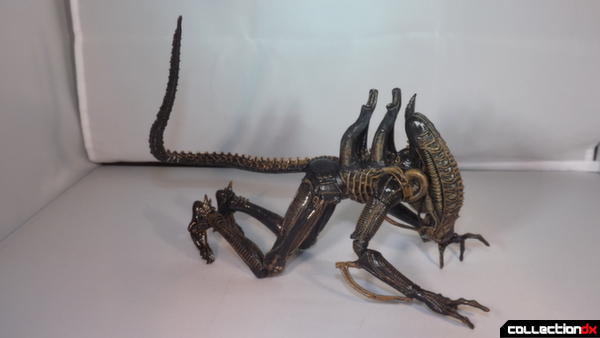 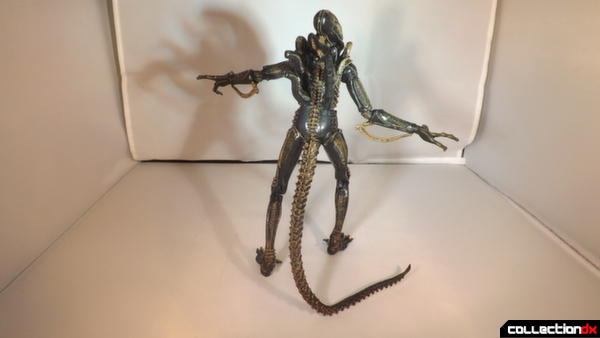 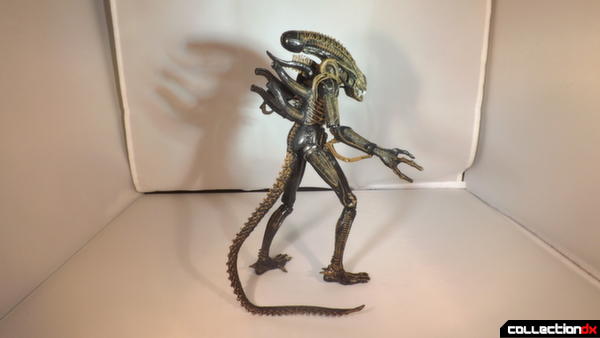 The main gimmick here is a working lower and inner jaw, pull down the lower jaw and pull out the inner "tongue" jaw.

It's not spring loaded and holds in position by friction.

The colouring on this inner jaw is white, I'm trying to remember if this colouring appeared in the film, i can't think of a scene with it in.

When full extended the inner jaw is a bit loose and tends to droop down, which looks a little daft when posing. 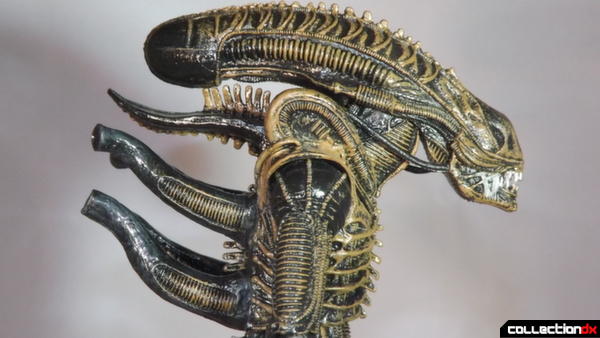 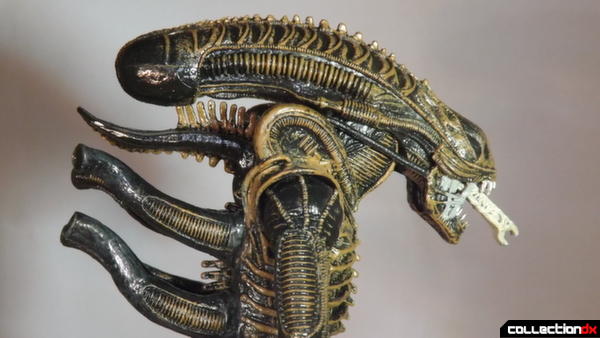 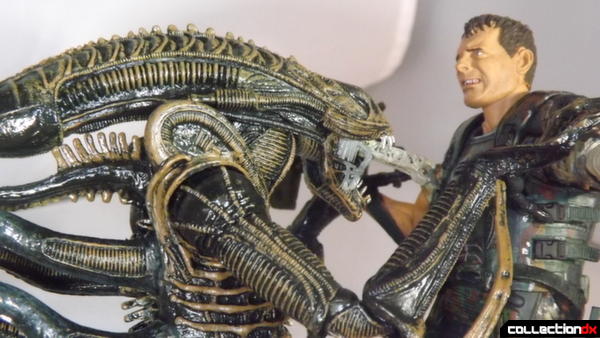 Even though the Alien Warrior is in the 7 inch NECA scale, it towers over other figures standing at 9 inches with the legs fully extended. 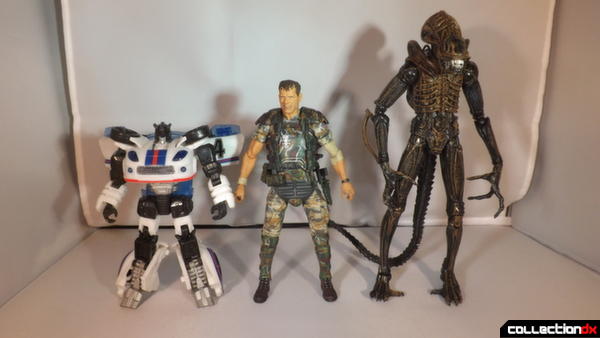 I can't come out and say buy this figure, it's ability to stand and pose is a big downer for me.

The shoulders look like they're ball joints, but I can't get the arms to pose outwards, same for the legs.

This is a figure for completionists only, I got mine in a set of three with Hicks and Hudson. 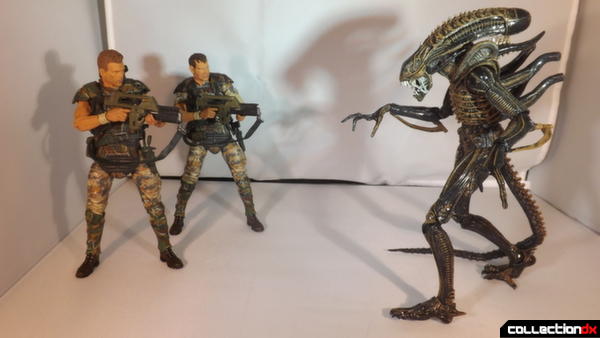 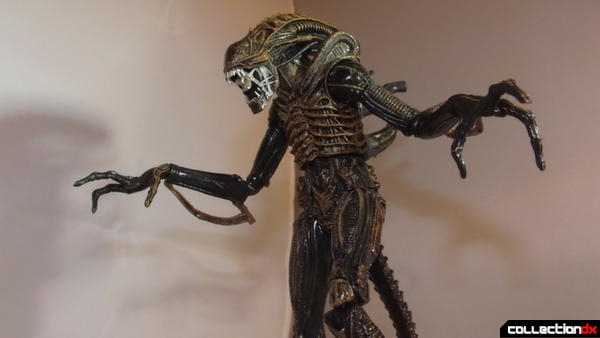 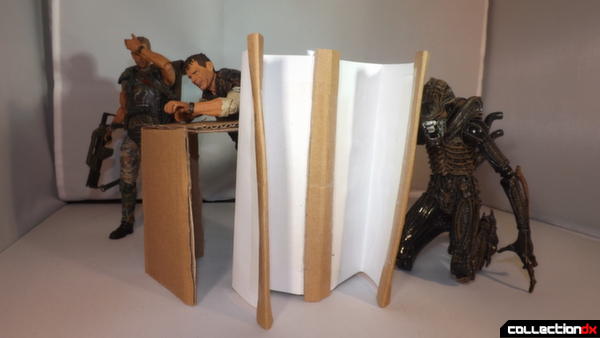 The arms definitely do move outward, as well as the legs. Though I've heard more than a few cases of joints being stuck...And breakages from trying to free them. Its a pity really, cause when you get a good one, its a damn nice figure. My Hudson had a stuck thigh, Hicks was fine though, as was my Xeno.