Pegas is sort of the home base robot for Tekkaman, the Space Knight. Tekkaman originally aired in 1975 so this toy is almost as old as I am.

Oddly enough, I've never owned a Nakajima toy myself. They aren't often talked about as much when you are talking about gokin toys, overshadowed by Popy, Bullmark and Takatoku. Nakajima diecasts are less refined but do not skimp on the diecast. When you get a Nakajima diecast, not only do you get a funky toy, but you also get a deadly weapon. 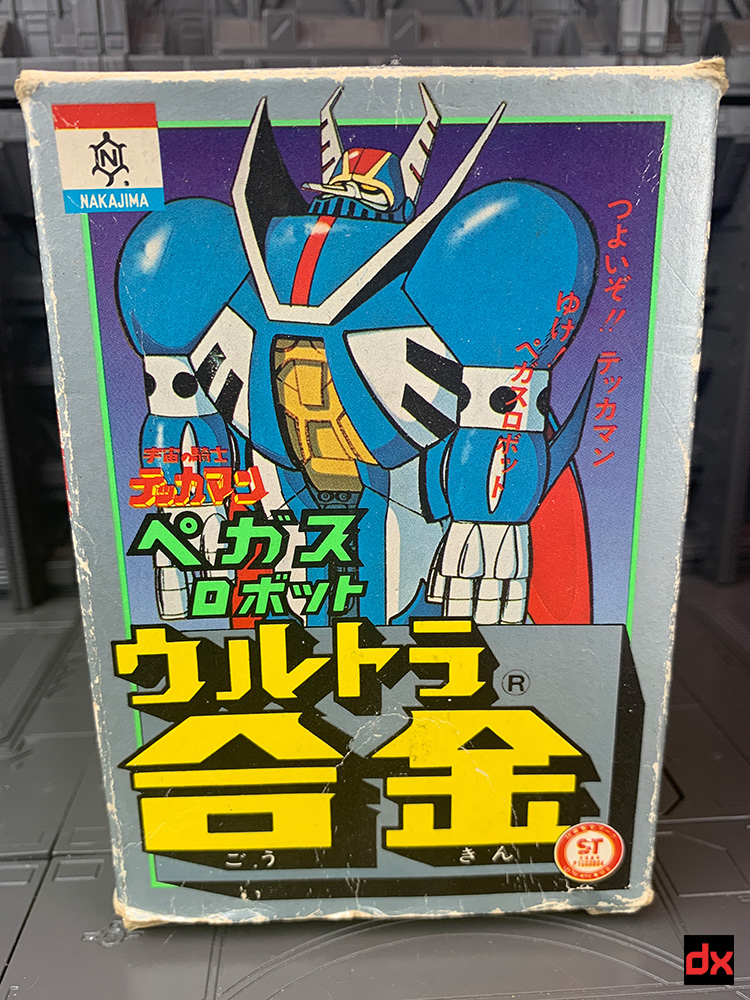 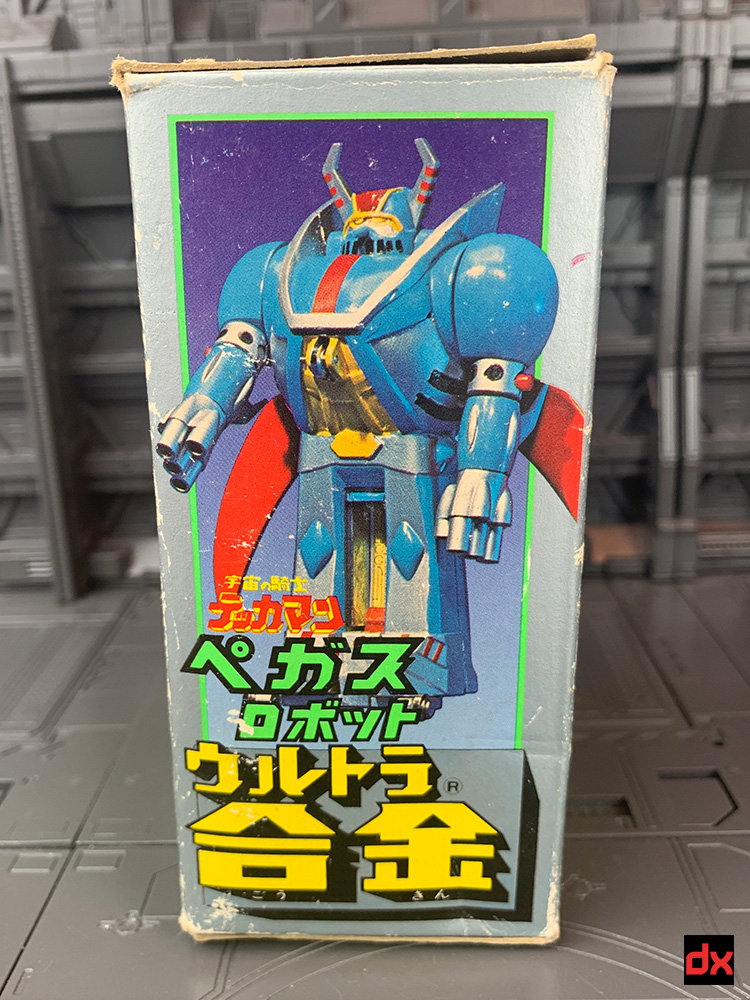 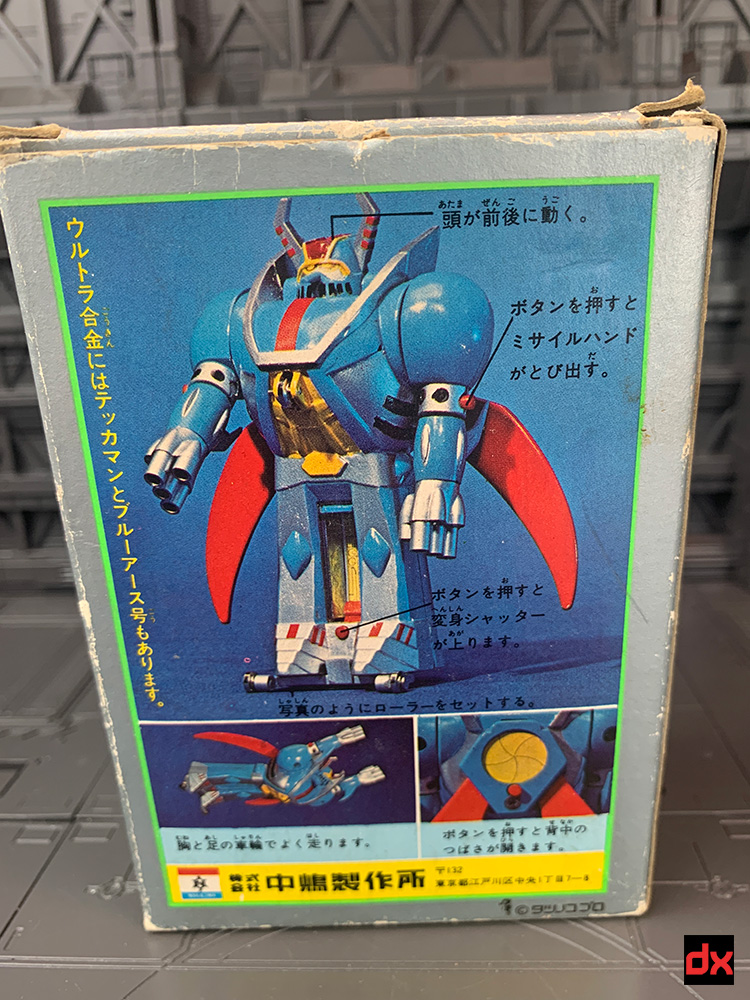 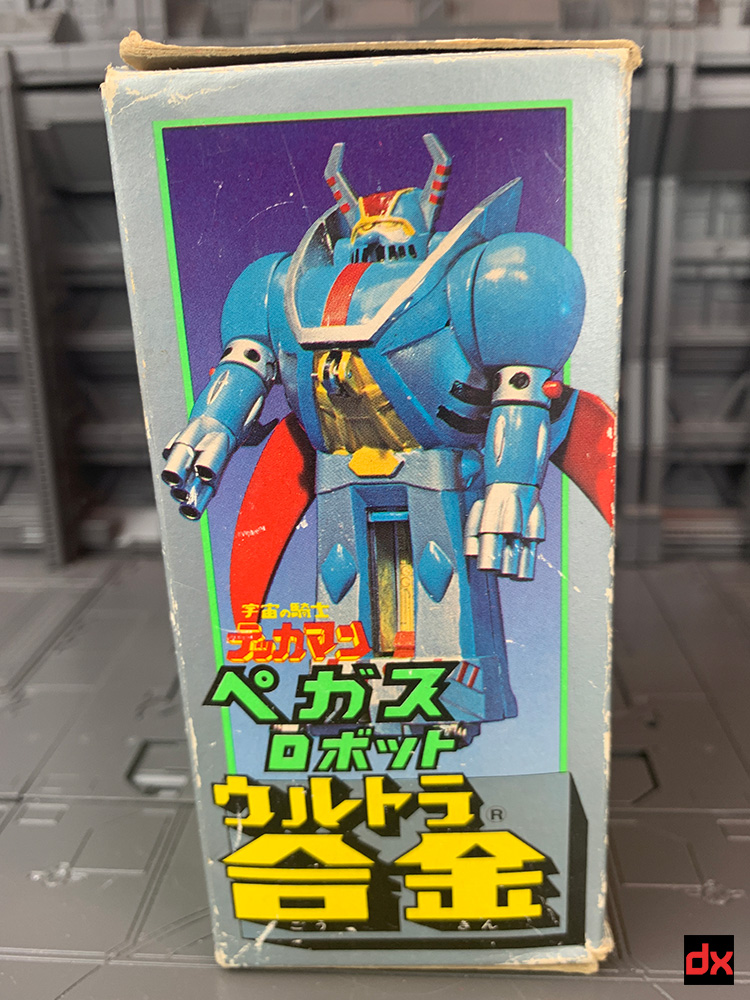 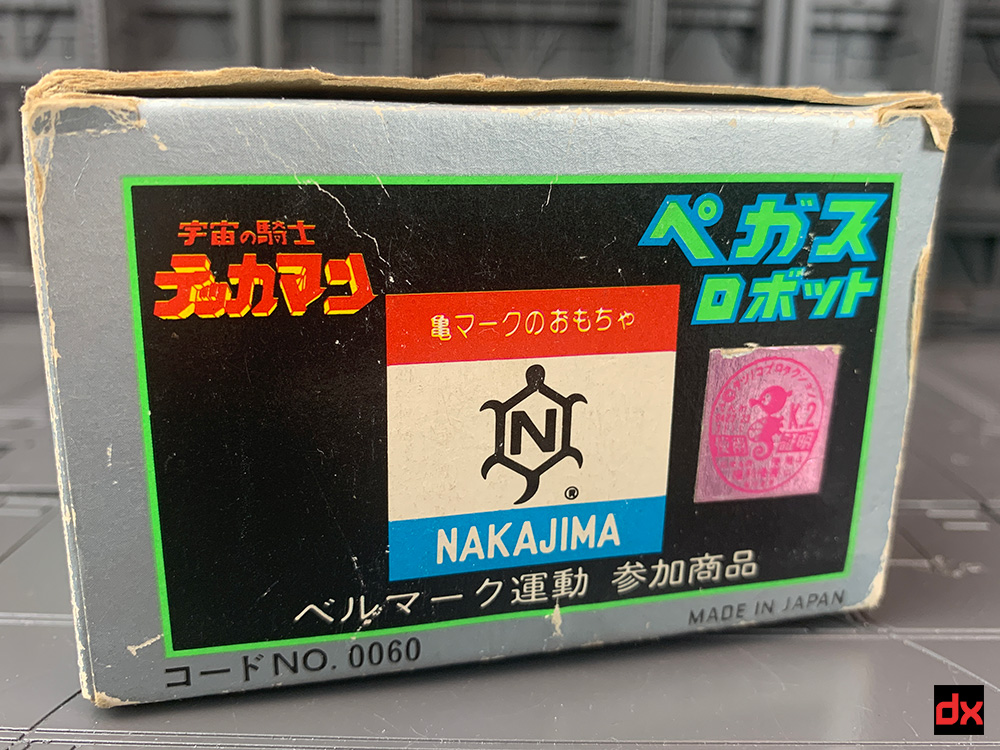 Pegas is a dorky looking robot. It's just got odd, bulbous proportions with a weird pointy nose. It's weird all around and its design is an acquired taste. Once you start handling though it seeps into your brain and all of a sudden it just clicks with you. 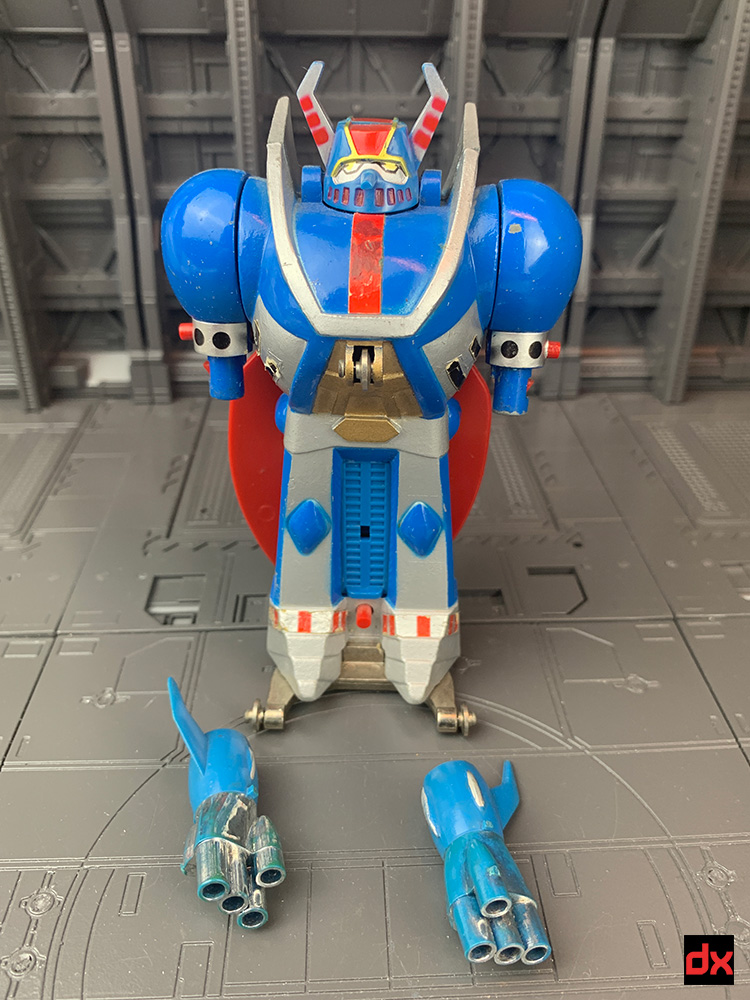 Pegas comes with launching fists and a little mini tekkaman figure that fits inside. I think it's supposed to represent him changing INTO Tekkaman. 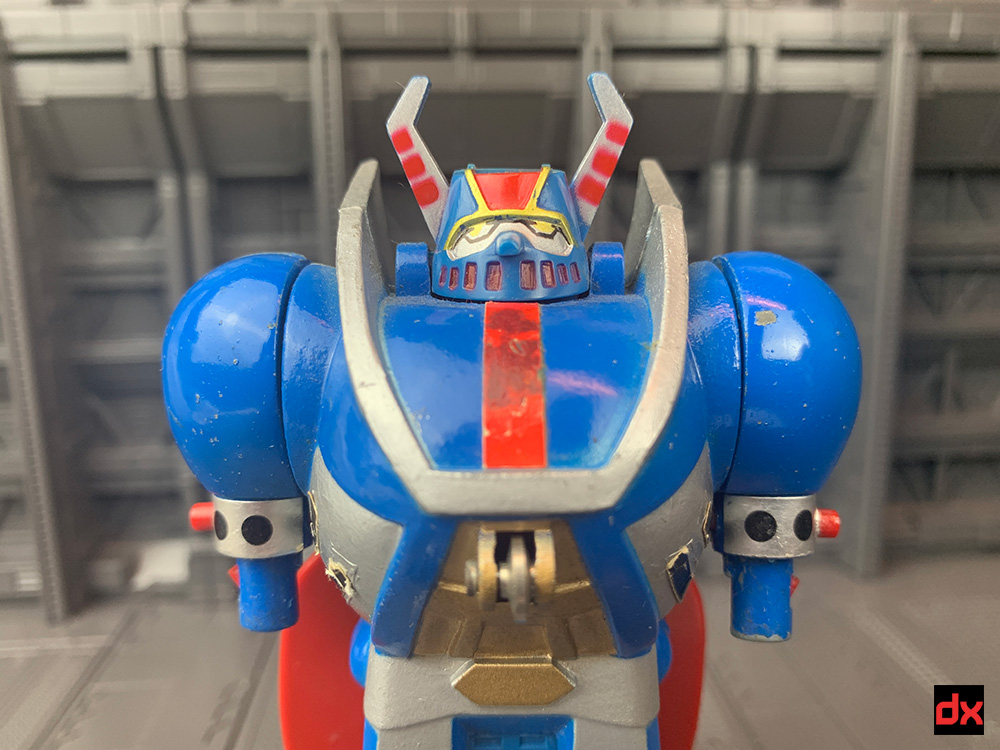 My particular specimen has seen some shit. Stickers are worn and discolored, some slight paint chips, but he's in good shape otherwise. I just can't get over the FEEL of him. It's like holding a hand grenade. 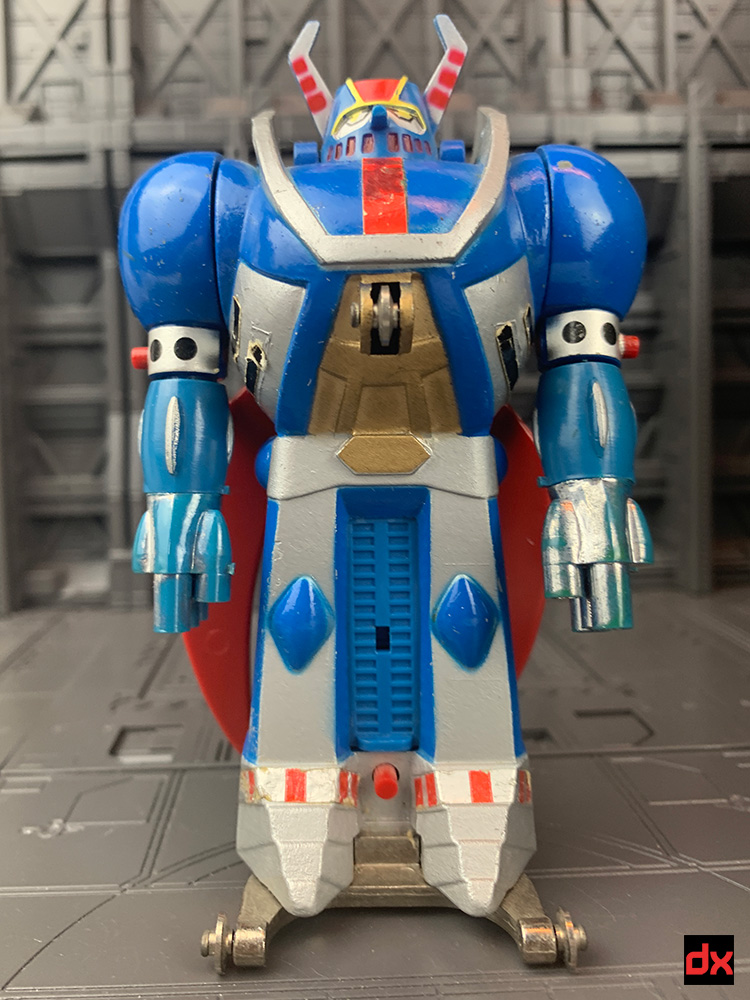 The platform at the bottom is non-removable and enables Pegas to roll around in 2 modes. 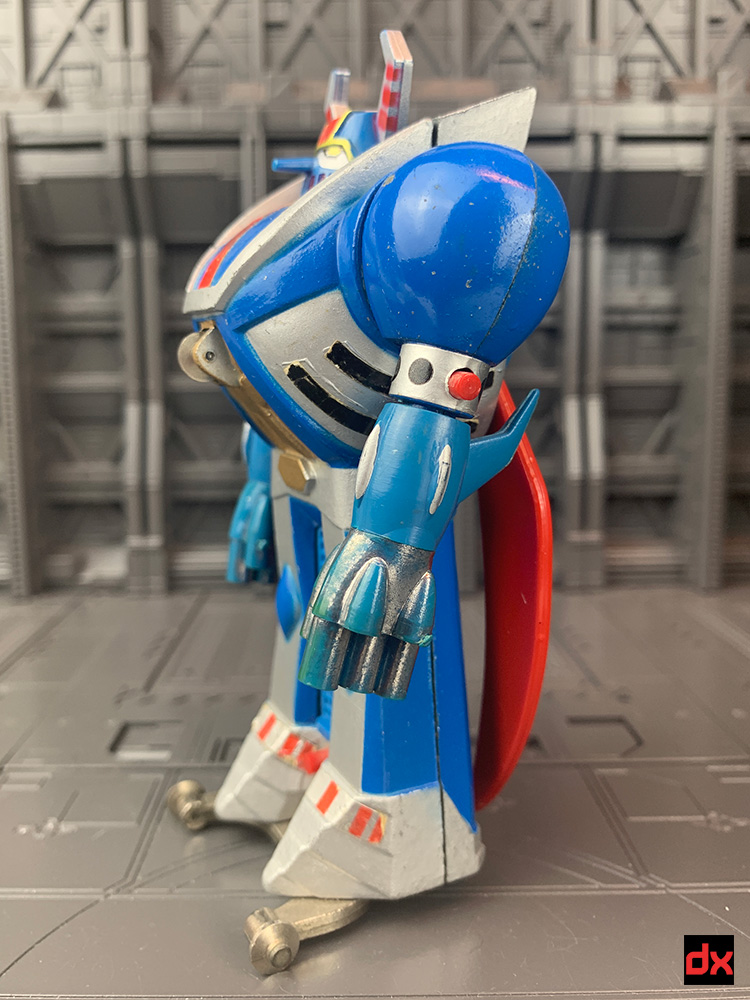 The wings on the back are spring-loaded. 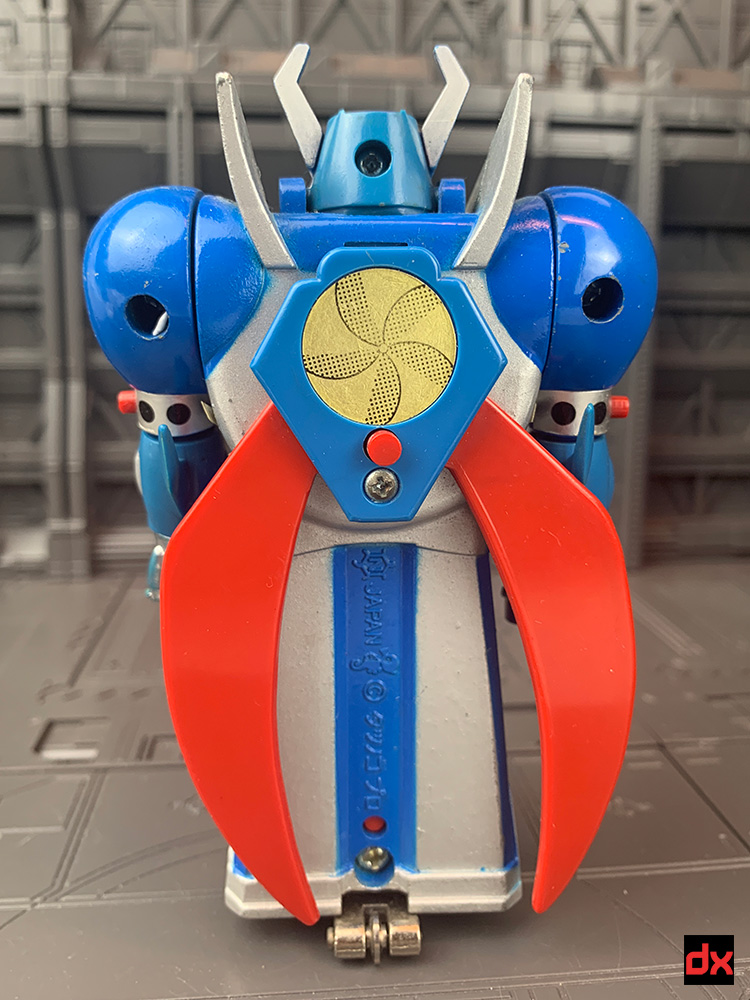 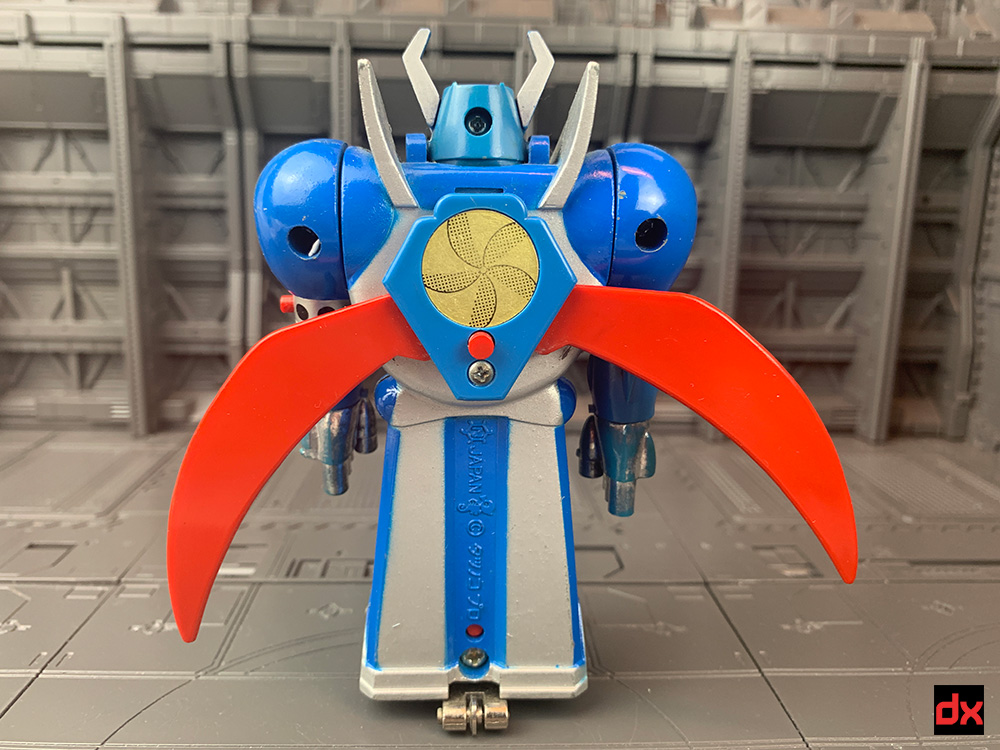 The fists fire, but they only tab in at one position. You can't, for example, have the fist fins out to the side if you want. 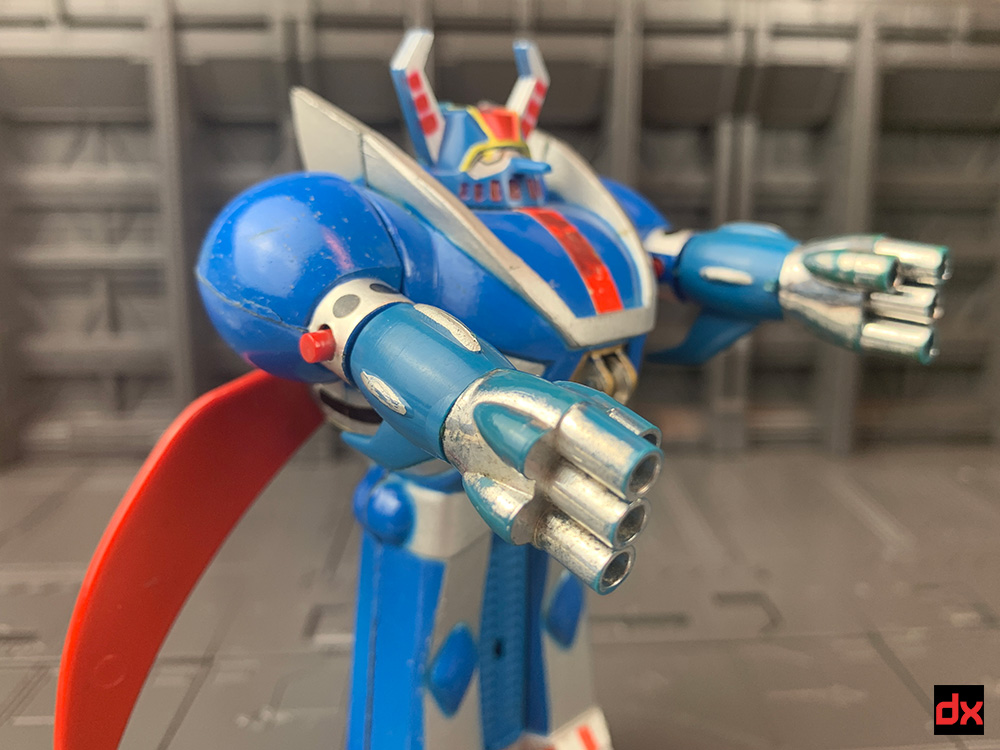 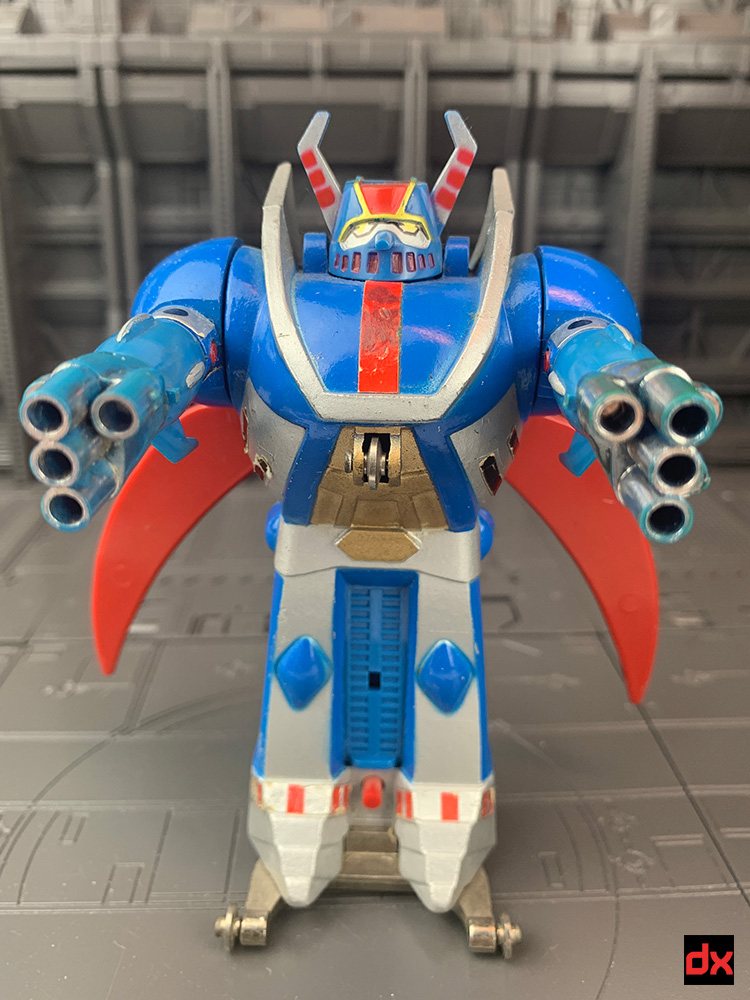 There's a flight mode, which basically is just laying the toy down and tilting the head up. Looks cool though. 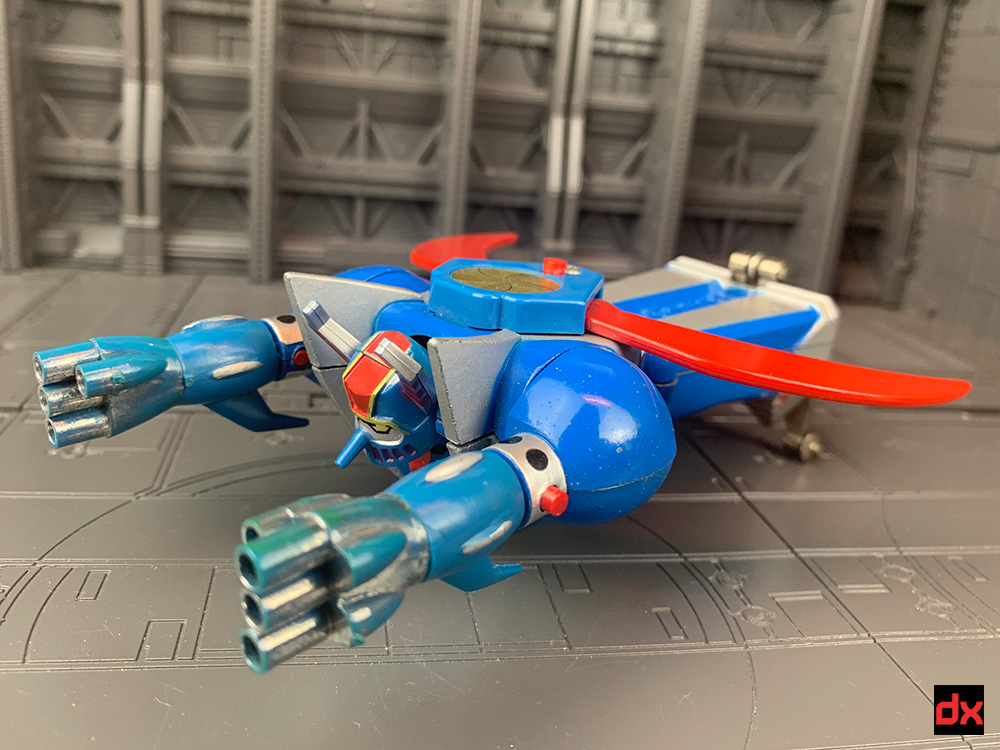 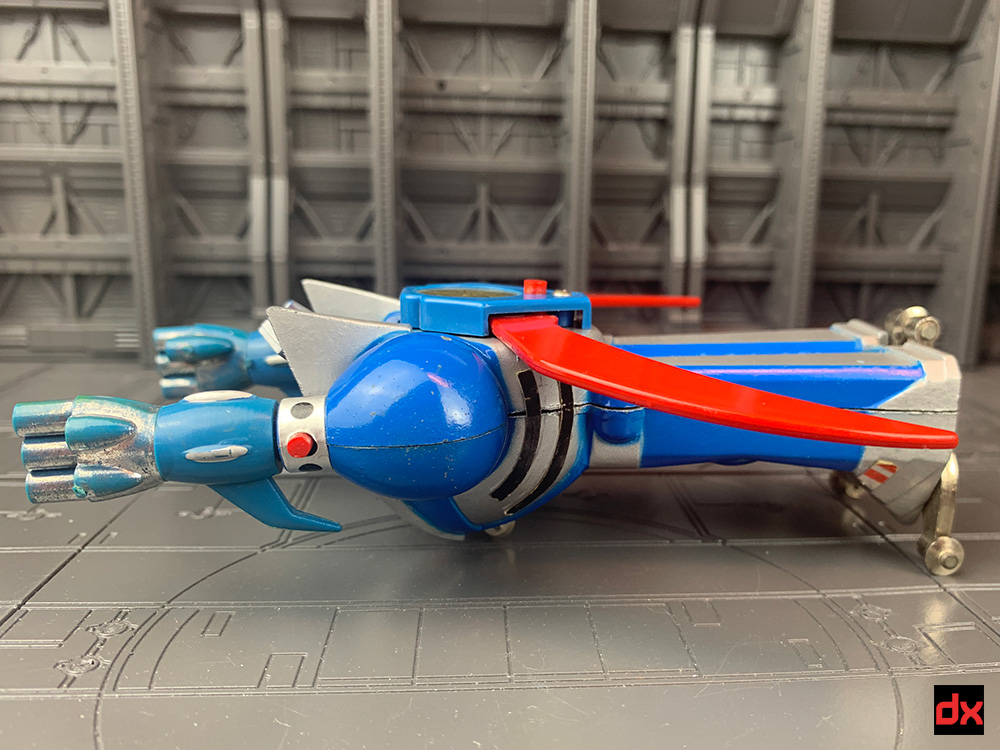 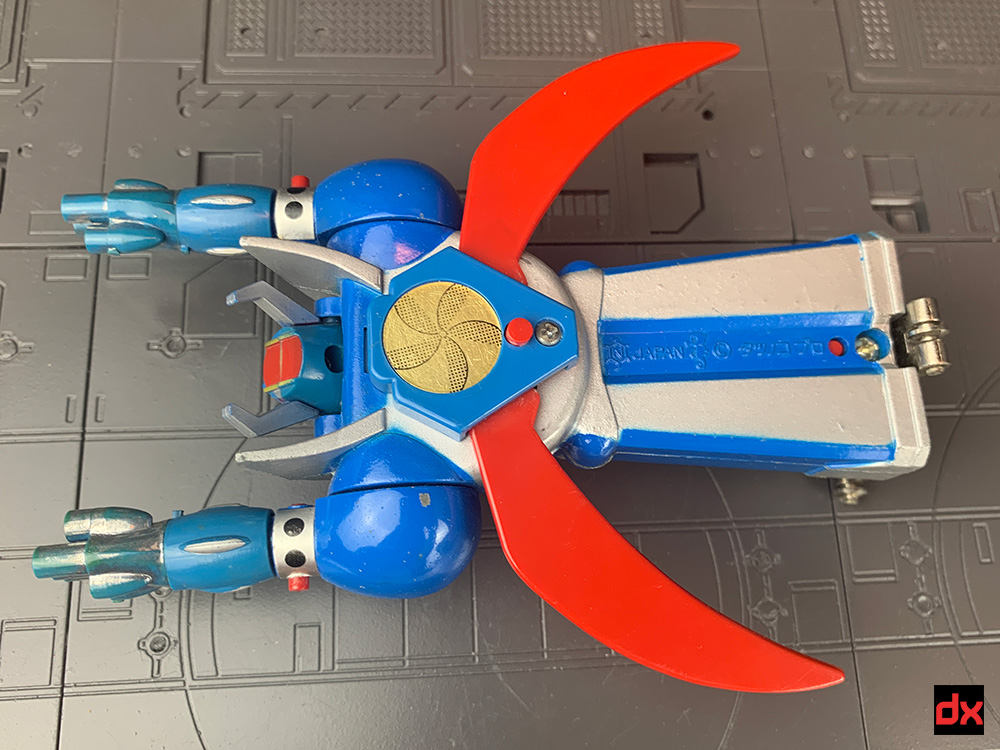 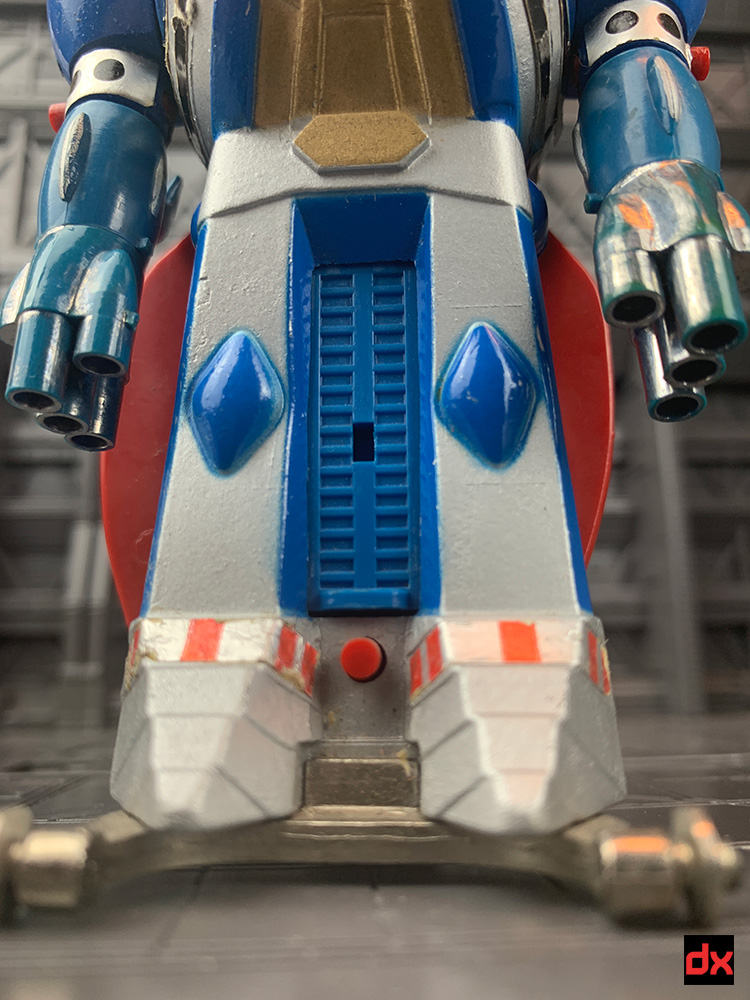 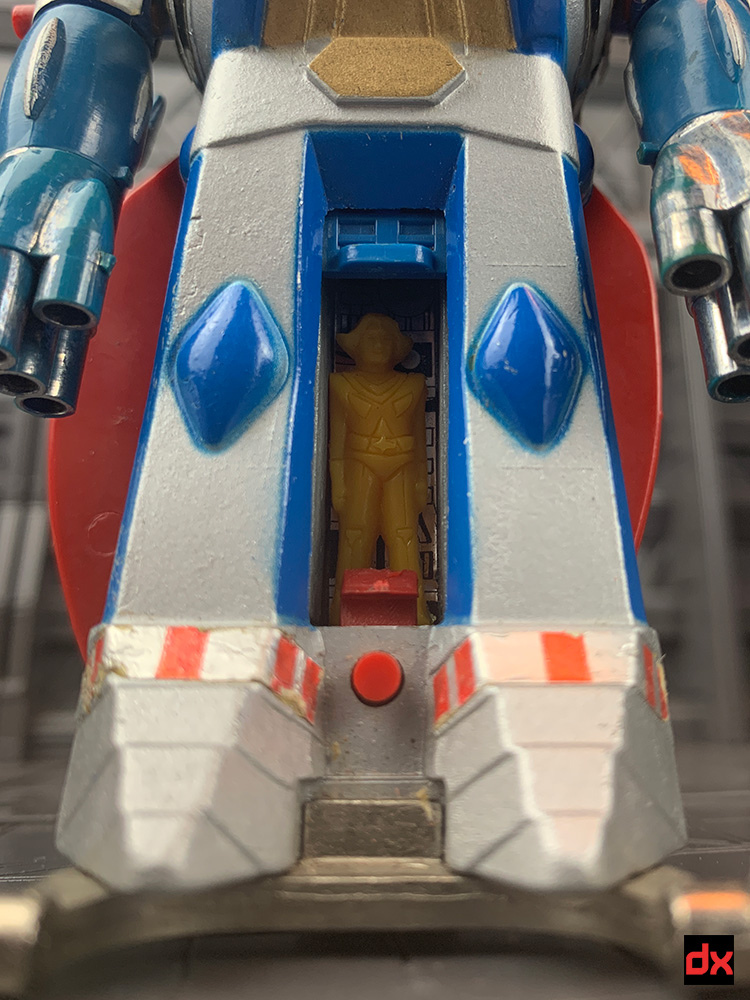 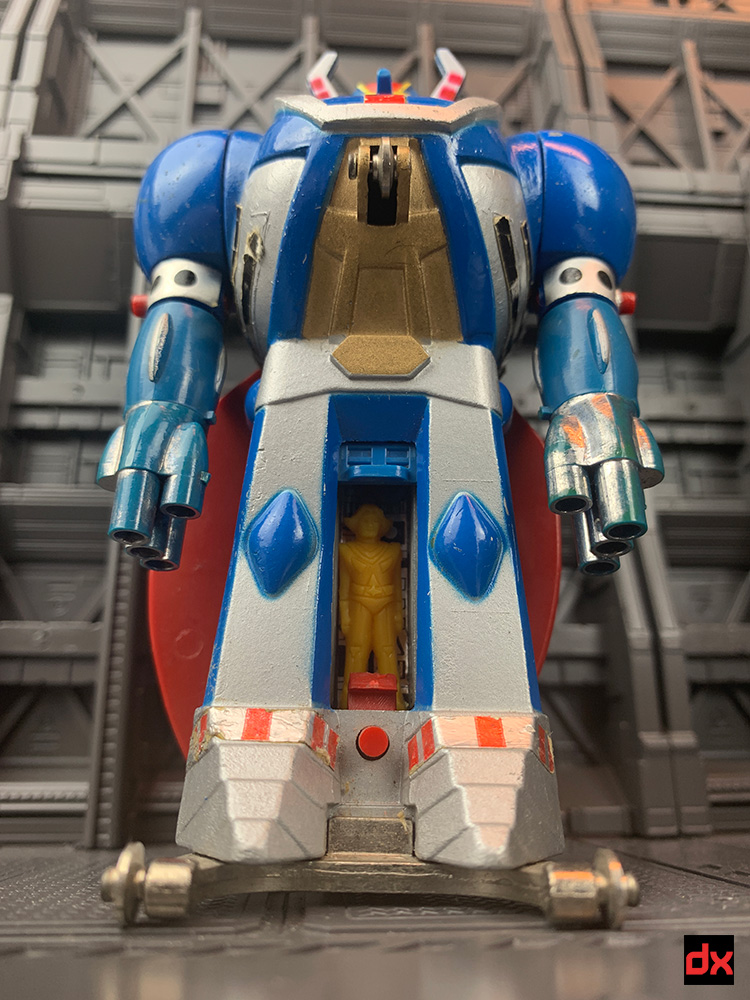