I'm sure I've said it more times than you care to hear, but my favorite Universal Horror picture as a lad was The Mummy. So, which 12" Sideshow monster did I never get around to buying? Why, the Mummy naturally! Too bad too, because it ended up being one of the most expensive in the line, with prices around $150-200 not being unusual. Fortunately, I was able to get a decent deal on mine from a seller who didn't really seem to be in touch with the going rates, as he had this and The Creature (another desirable, high priced Sideshow figure) both up "Buy It Now" for $90 each. Still more than I think it's worth, but I decided to take the plunge and get it.

I found the Mummy to be a pretty disappointing figure. The sculpt of the face is fine, but the rest of the figure is just too hard to pose. It's actually wrapped in gauze from head to toe (ok, more like from neck to foot, but you get the idea) and while that is pretty cool in terms of being screen accurate, it almost completely elimates all the articulation you normally enjoy in a 12" doll. You can move the head around pretty good and raise the arms to almost 90 degrees with the body, but not much more than that. The elbows will barely move now nor will the legs. Now, I know that you barely see him in the movie and that he wouldn't be terrible dynamic in his movements anyway, but I just found it somewhat disappointing. 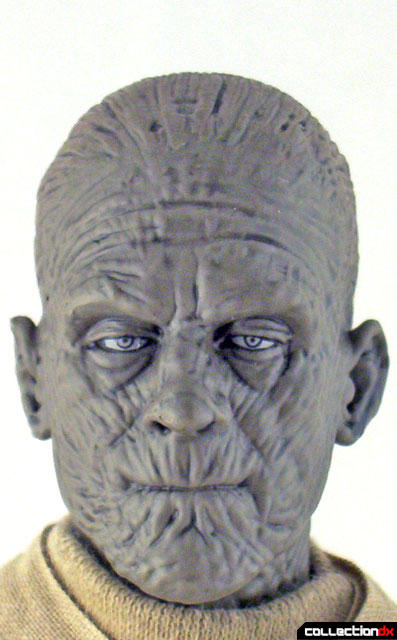 Granted, what you lose in articulation you gain right back with how cool those wrappings look, particularly the end pieces hanging off the right arm and trailing behind the left leg.

The accessories here are few, but nice. Just like with the 8" Mummy, you get a replica of the box containing the scroll of Thoth and the scroll of Thoth itself. However, this time around there is no stone tablet. The box is nicer than on the smaller version, with hieroglyphics added to the top lid, a row of stars around the middle of all four sides and the figures along the edges have greater depth to them, in addition to being painted gold. If I had any complaint at all with the box, it might be that it looks a bit too new. 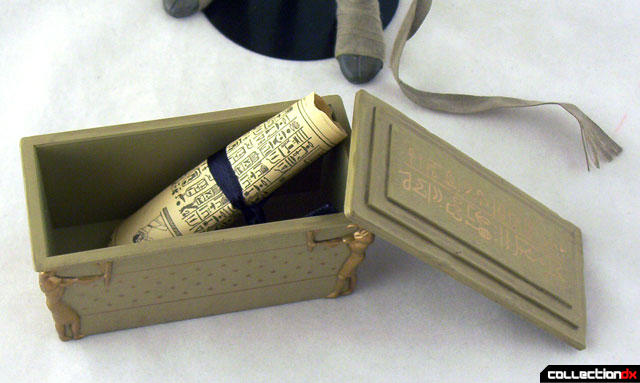 The Scroll of Thoth is very nicely done and seems to be the exact same one that comes with the 12" Ardeth Bey. It's very different from the 8" version though, with a far greater amount of detail placed into the writing.

While the figure itself is "ok", I think this time around the box is my favorite part of the ensemble. The original poster art for The Mummy is among my favorite Universal Monster posters and it is lovingly recreated for the front lid of the box of the figure, with minor modifications of course. The back of the box has a closeup of the Mummy's face and the interior of the lid features a listing of the cast and crew of the movie. 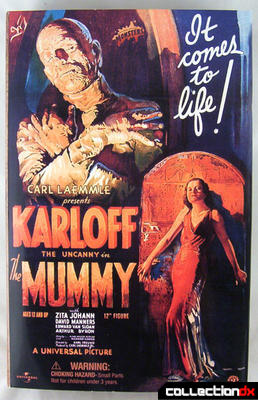 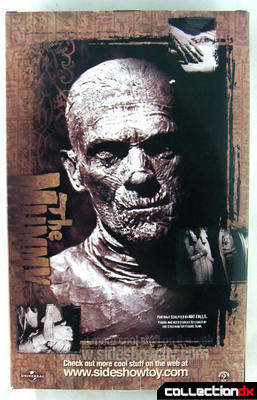 The Mummy is limited to 3,000 pieces and is a good figure, but not great. It's definitely worth having in your collection, if for no other reason than to have a complete set of 12" Sideshow monsters. But I can't really recommend paying the going rate for it. If you can wait until you find a good deal as I did. Or better yet, hopefully, you got one for it's initial $40 price tag when it came out! 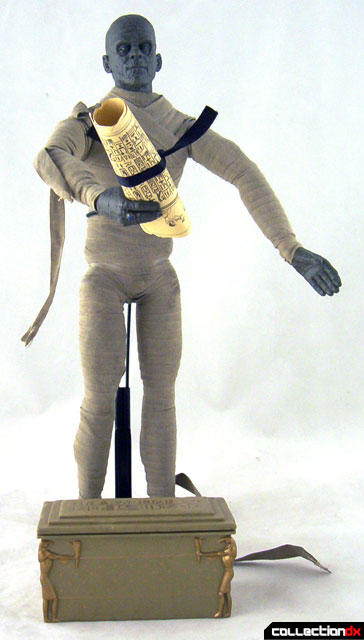 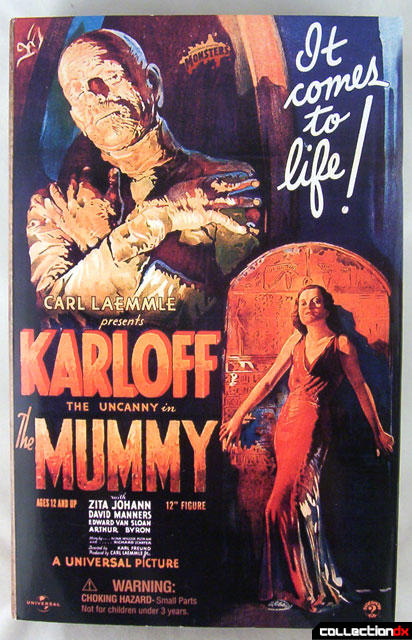 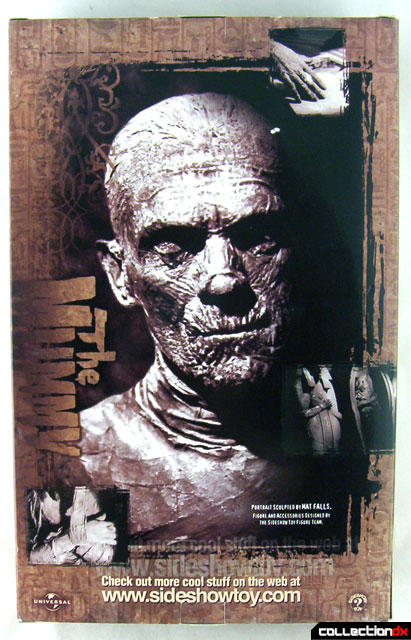 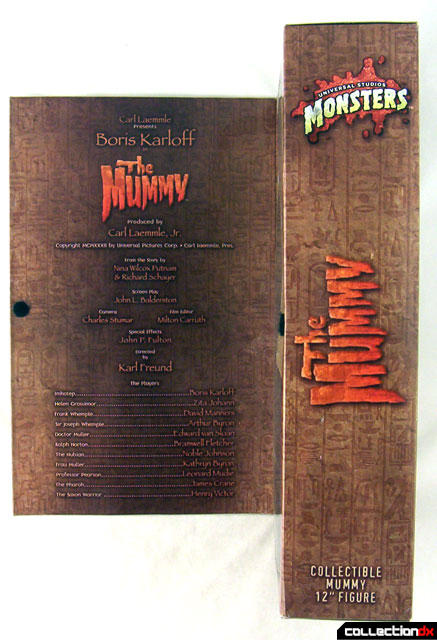 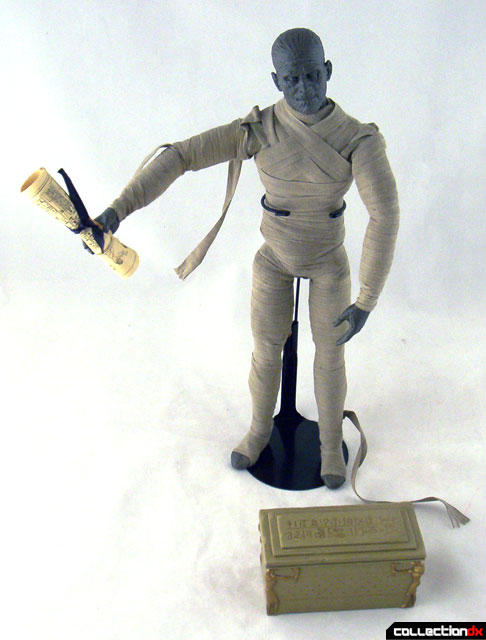 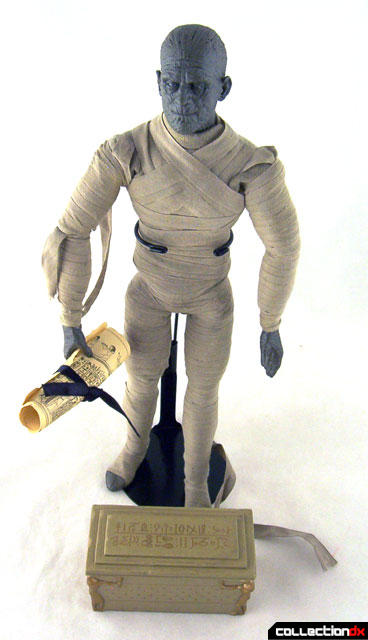 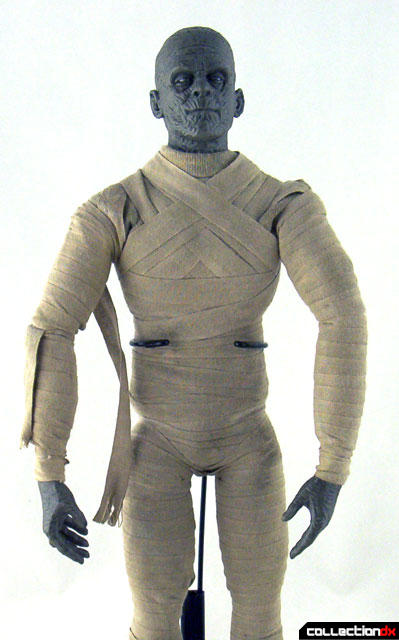 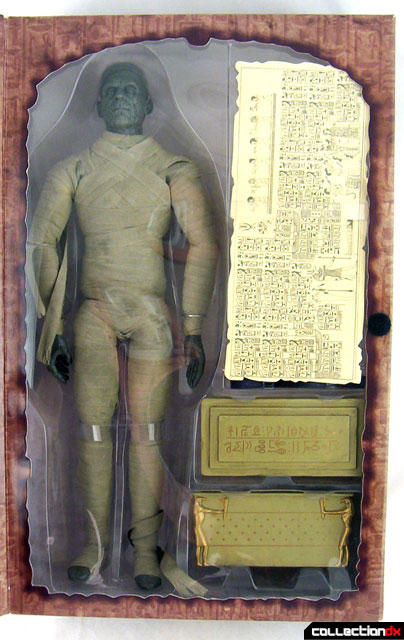 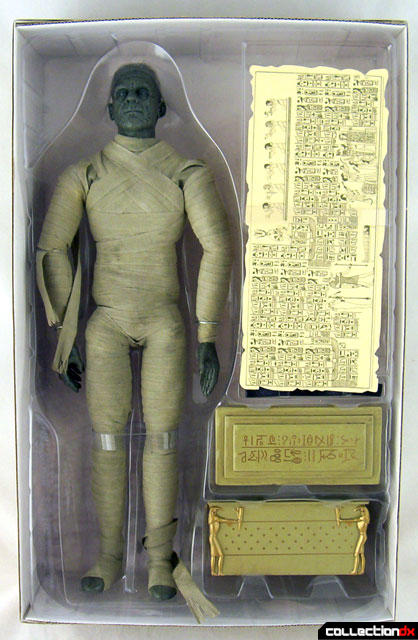 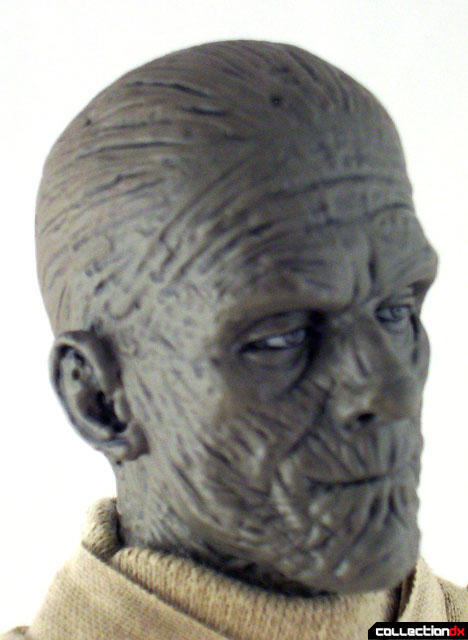