Mumm-Ra is one of the classic animated villains from our youth. He’s terrifying, powerful and most of all, distinctive. There’s nobody else like him. 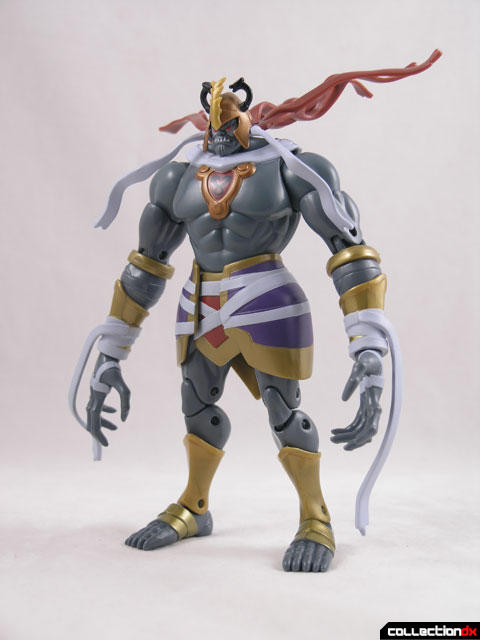 When you think about it, he’s pretty scary for a cartoon bad guy. He’s a mummified corpse that can summon the power of ancient evil spirits to become this terrifying monster with magic powers. 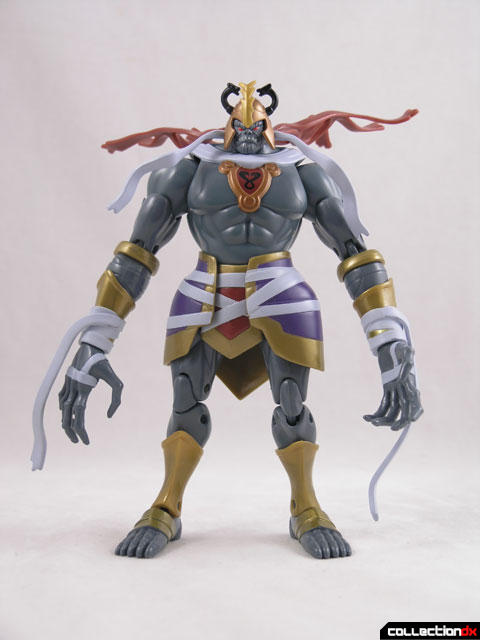 Bandai has captured his likeness perfectly with this six inch scale version of Mumm-Ra. 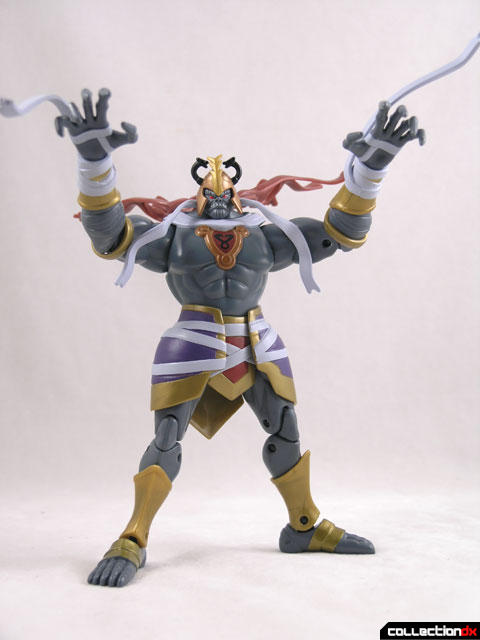 When you first take the figure out of the package, you have to do a little assembly. It’s not immediately obvious, but you have to remove the top of the head to attach the flowing bandages and hair. 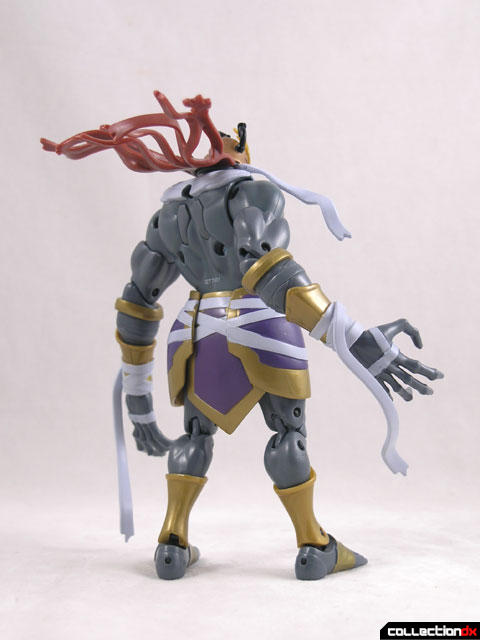 Mumm-Ra is a big blocky action figure that is loaded with articulation. 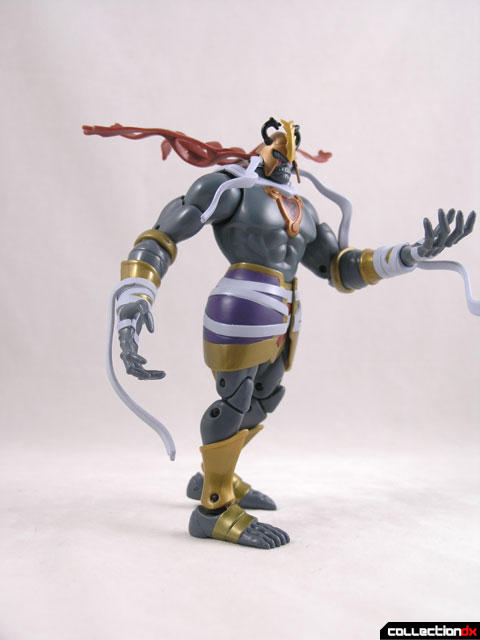 First off, the head is on a ball joint, but movement is limited due to all the attachments.

The figure comes with an alternate set of hands that can be replaced by simply popping the existing ones off and replacing them. 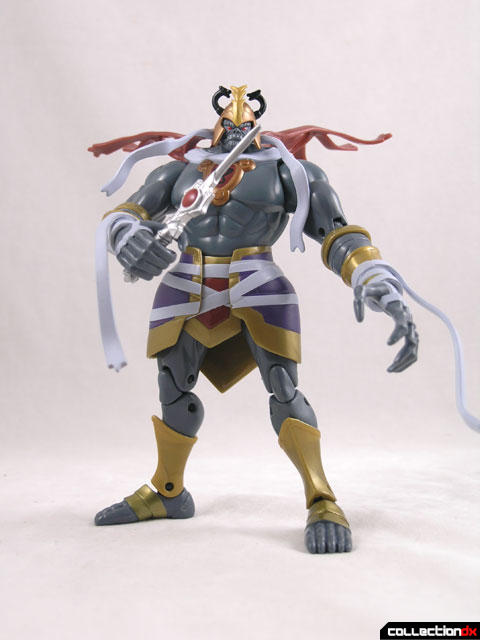 The chest has no articulation, except for the waist joint.

The hips are covered by two skirts that can move as articulation requires. Each leg has a ball hinge at the hips, swivel upper thigh, double knee joints, and dual ankle joints.

The figure does tend to be a bit top-heavy, as the ankle joints are sort of weak. 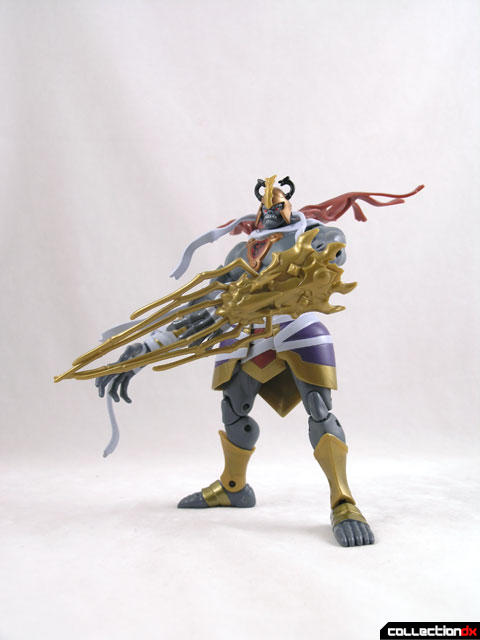 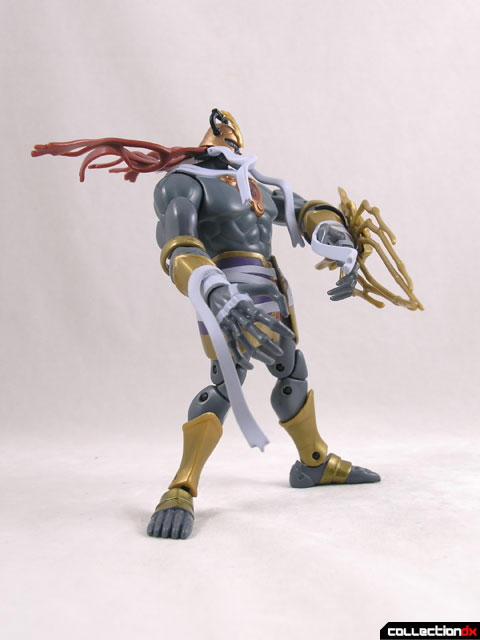 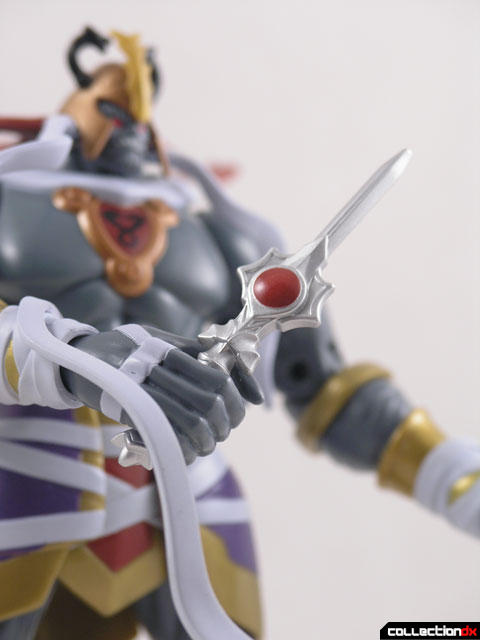 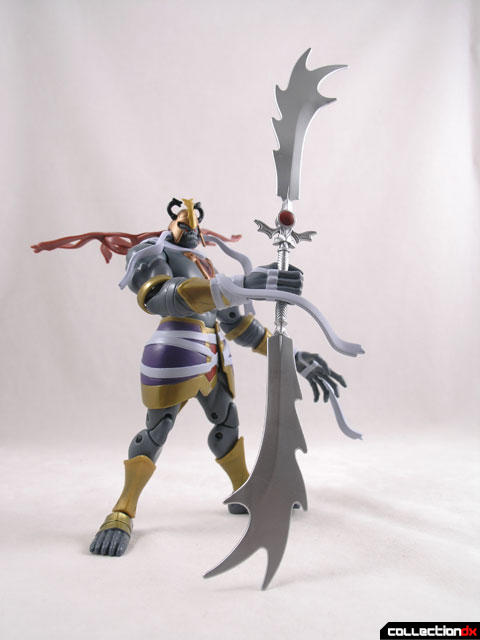 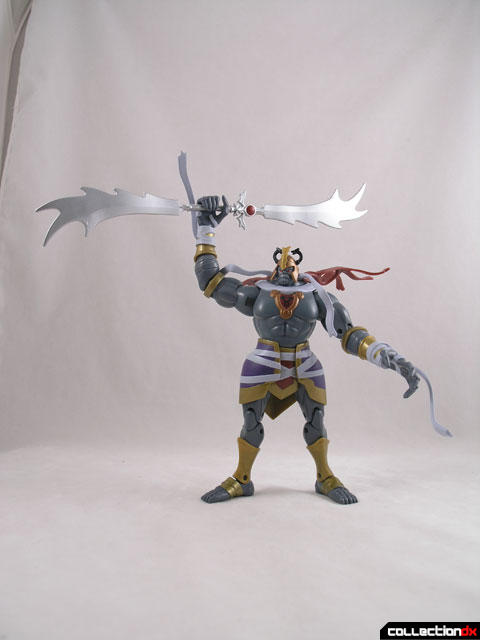 Again, I am blown away by the quality on this figure. Bandai America has hit a home run with these, and let's hope the show meets with success and the line continues! 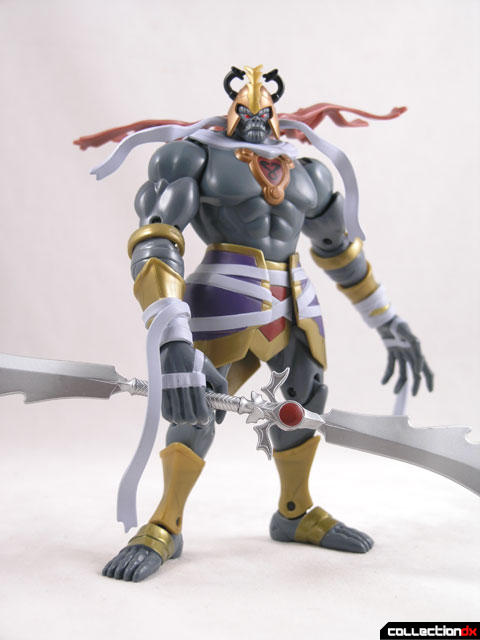 2 comments posted
He is looking pretty sweet! I

He is looking pretty sweet!
I really need to make time to catch up with the new Thundercats series.

Fantastic figure! I was quite impressed by him as well. Only thing I would have liked is if they had separated his sword at a place where he would have had a handle for BOTH blade, rather than all the handle on one and none on the other. Granted, I know they only separate because they had to fit in the package, but I think it would have added some extra play value to be able to display him with dual swords as well - even if it's not accurate to the show.