This two pack contains a Scarif Stormtrooper and the fan-favorite Moroff.

When toy companies get the characters and scenarios for the movie the merchandise is based on, often it is based off of early stages of the film. This can result in scenes being cut, or characters not appearing at all (think Constable Zuvio). In this case, Moroff originally appeared in the Battle of Scarif, but his involvement was cut from the final film. He still appears as part of the party that brought Bhodi Rook in for questioning on Jheda. The result is that this Scarif-themed two-pack makes no sense in the final cut of the film. 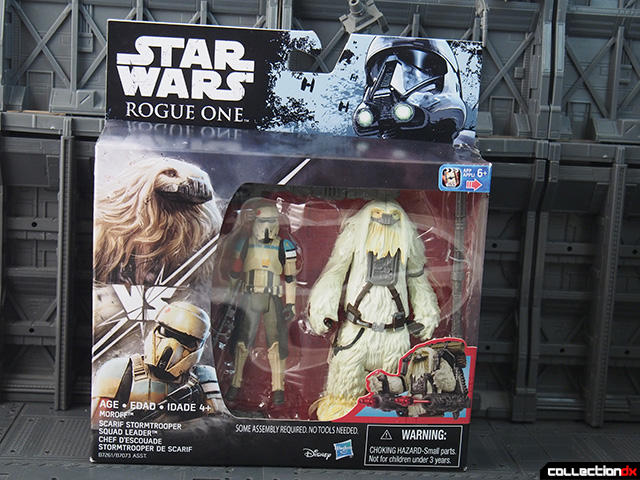 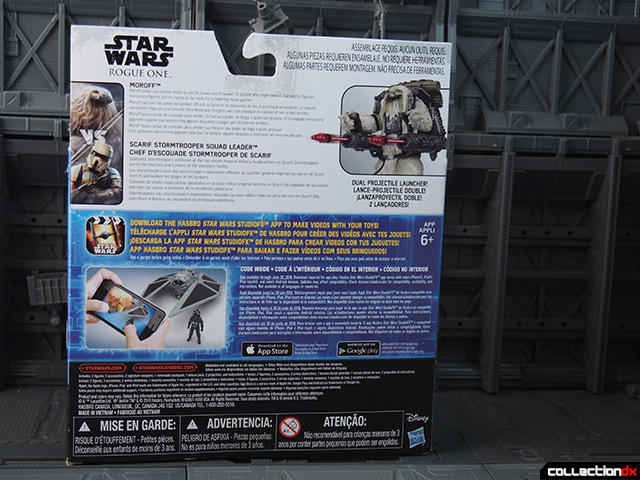 Moroff is an exceptionally large and bulky action figure. He feels solid in the hand and has an immediate shelf presence. The figure has the standard 5 points of articulation. 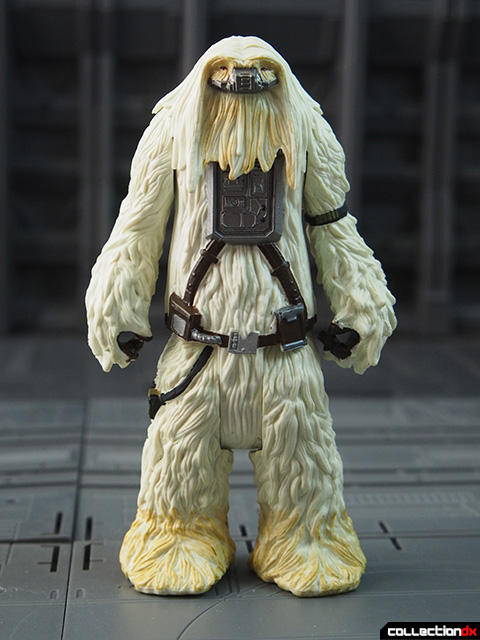 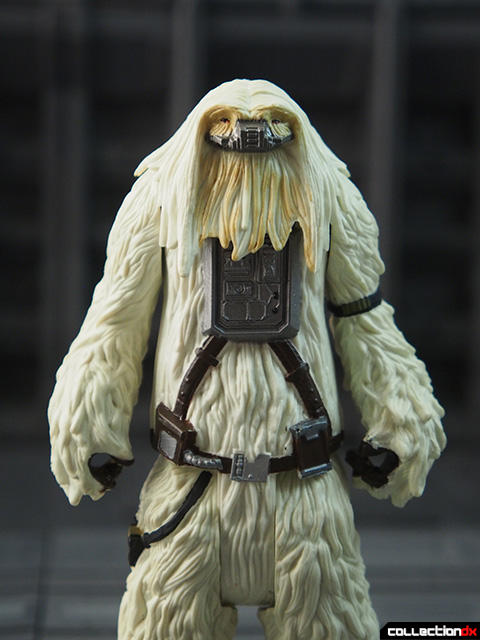 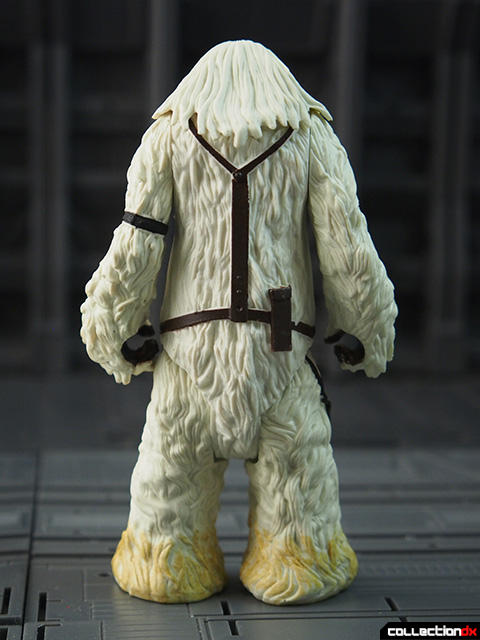 The figure is well armed with gigantic dual Vulk TAU-6-23 "Blastmill" rotary blaster cannons. The cannons attach to a backpack and each fires a red missile. 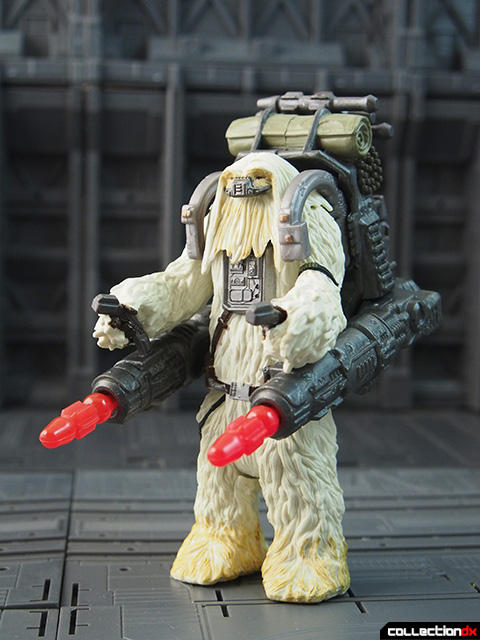 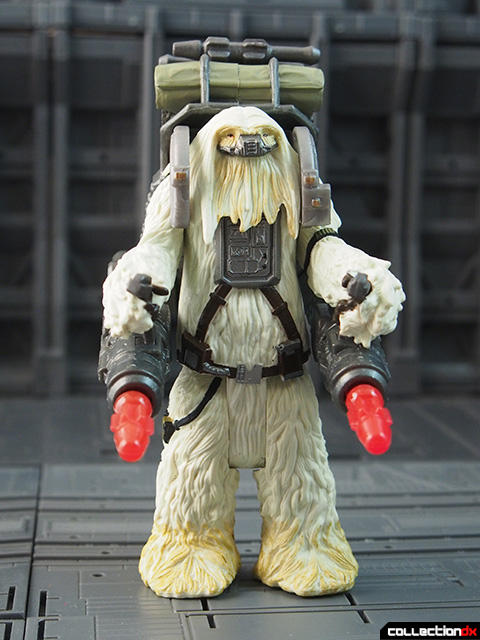 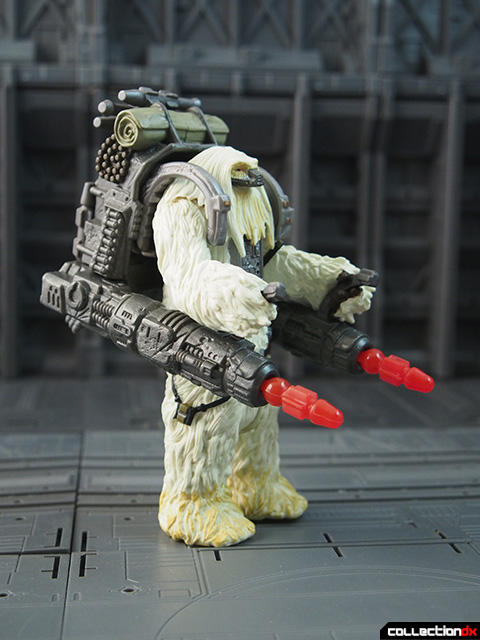 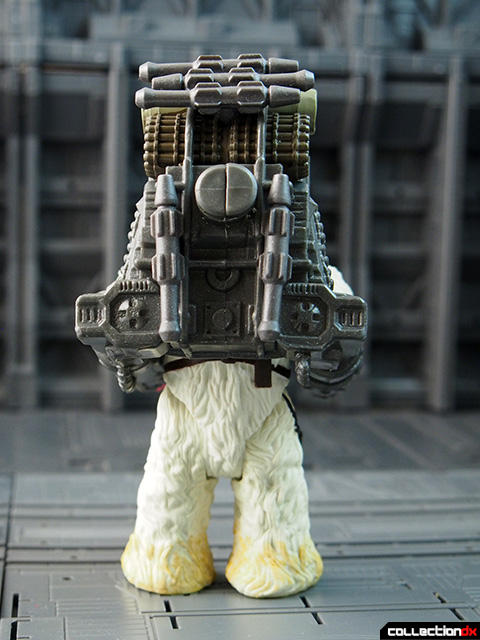 Also included is a more realistic version of the Blastmill: 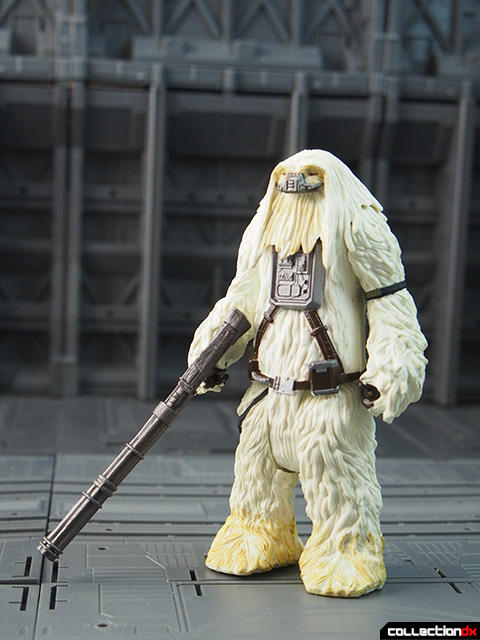 The Scarif Stormtrooper is a bit less impressive. It's actually a "Shoretrooper squad leader", denoted by the blue decor on the shoulders. He comes armed with a E-22 blaster rifle. 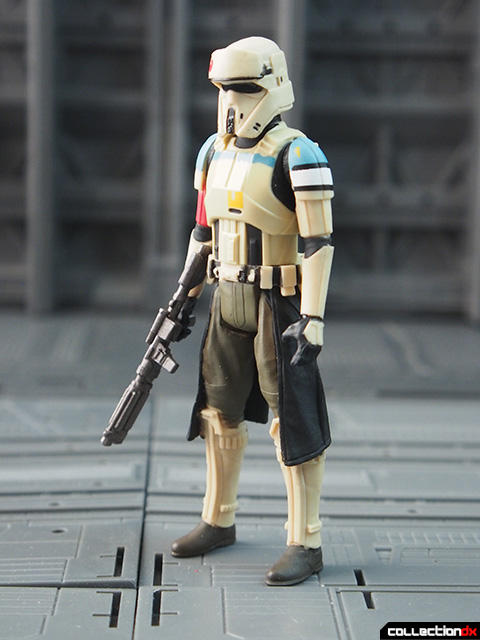 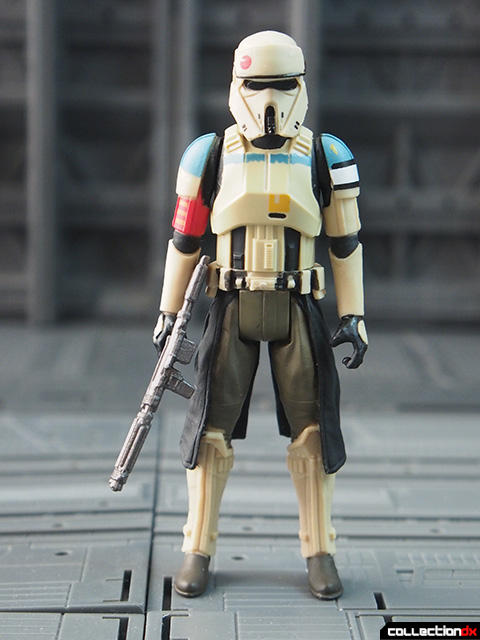 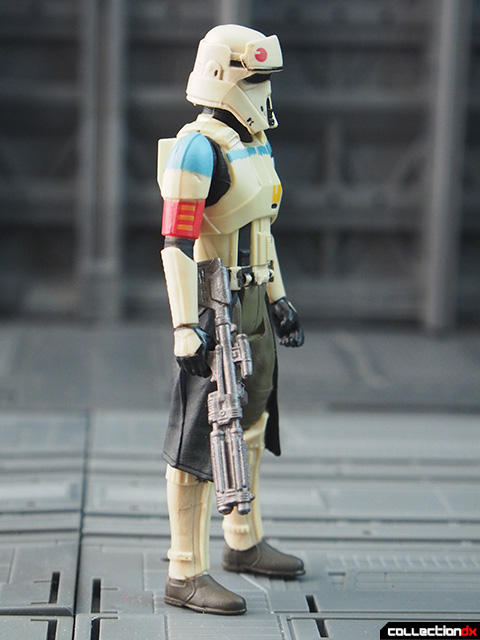 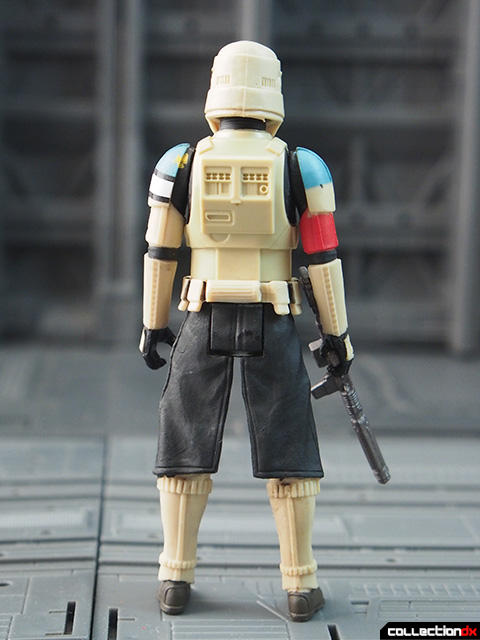 It's a cool little set, buy it for Moroff on his own.