Mixer Truck is Generation Toy's take on the classic Constructicon, Mixmaster, and the second entry into the Gravity Builder series. 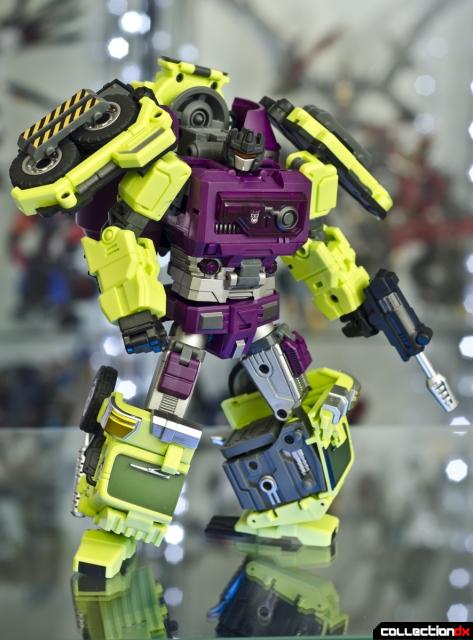 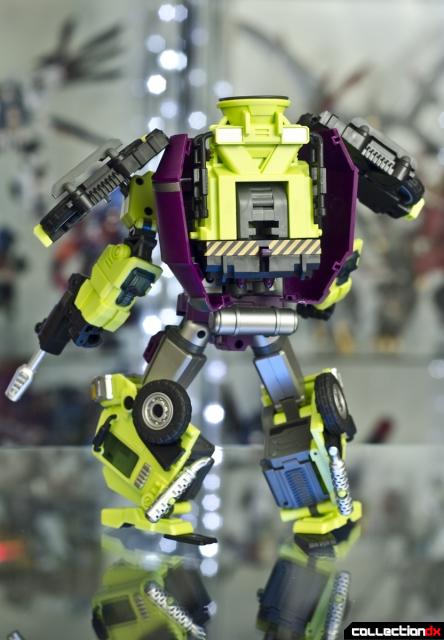 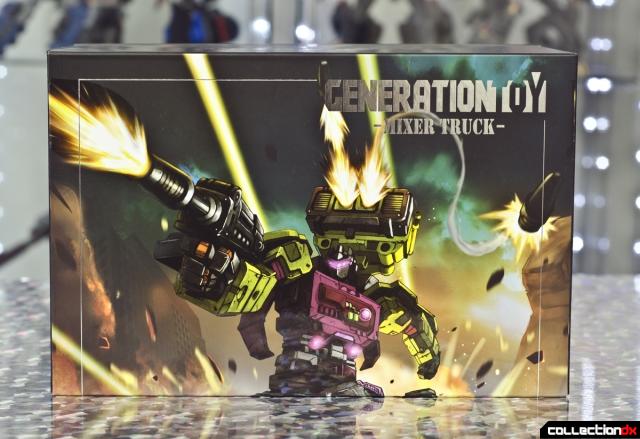 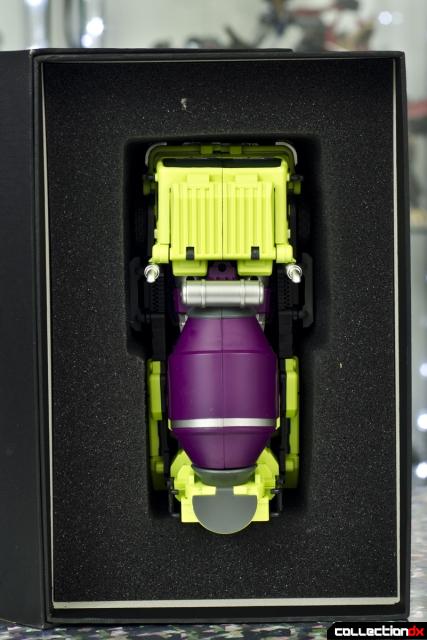 The box includes a color instruction manual for Mixer Truck as well as several replacement parts for the previously released Scraper. Additional instructions are included that show how to install the new parts. The new parts include new hips, new hand covers, new shoulder covers, and a new combiner port. I was happy to see that Generation Toy included parts to fix Scrapers loose hips, as that was one of my biggest complaints with that toy. 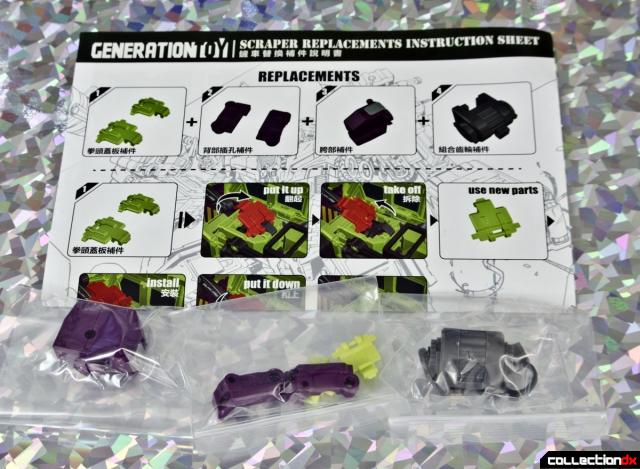 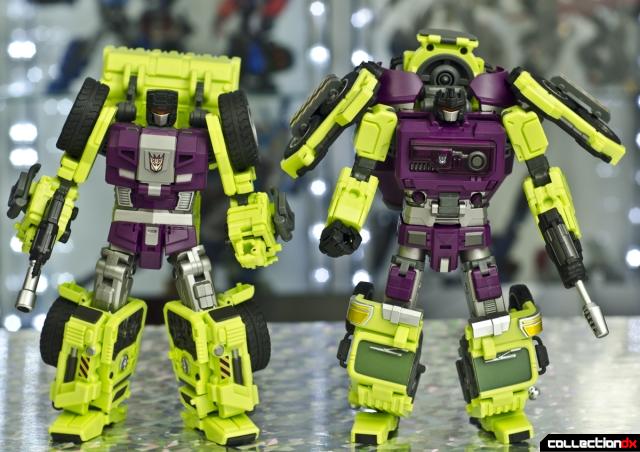 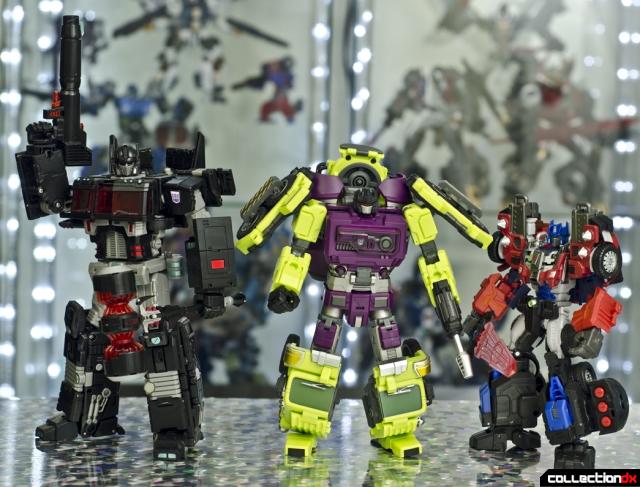 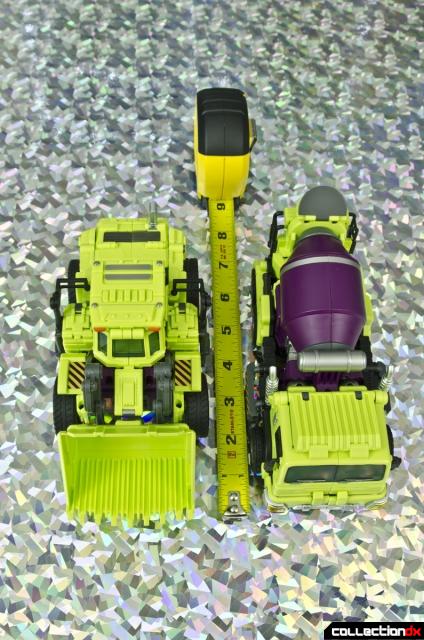 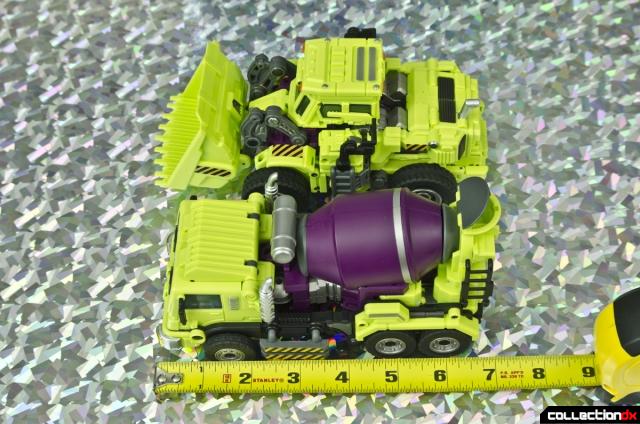 Mixer Truck feels like it has more paint apps than Scraper, but it could just be that they did a better job of breaking up the solid color panels. Either way, all the paint apps are nice and clean just as they were on Scraper. 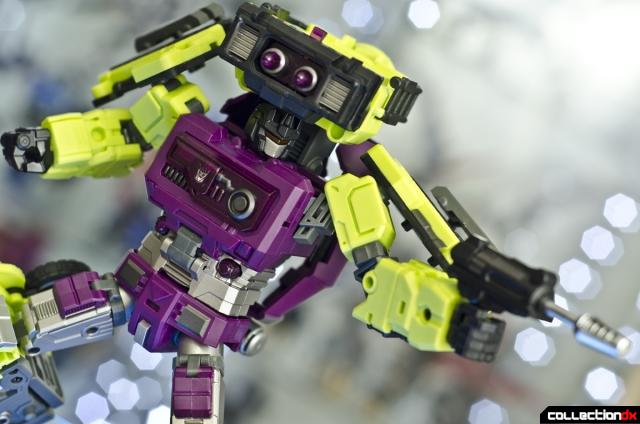 Mixer Truck's articulation in robot mode is not quite as good as Scrapers. The flaps on his shoulders are easy to move around, but still get in the way, and he has limited forward range of motion in his hips. Despite the limitations of the shoulder flaps and hips, his articulation still provides a few nice surprises. His elbows have over 90 degrees of movement and his torso can move side to side as well as swivel left and right. 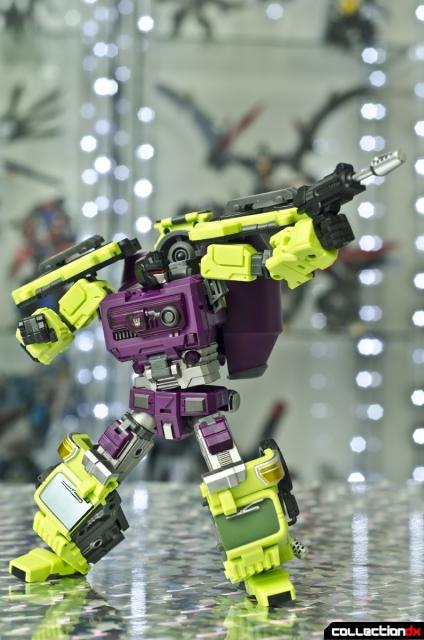 One of favorite gimmicks on this toy is the ability to swivel his back mounted rocket launcher left and right and even store it on his back if you want a change from the classic look. I personally prefer the rocket launcher stored on the back as the shoulder flaps tend to knock into it otherwise. My only other complaint with robot mode is that the handle for Mixers blaster is very short and can only just barely peg into his hand. I haven't had any issues with him dropping it, but it does cause him to hold it at somewhat of an angle. 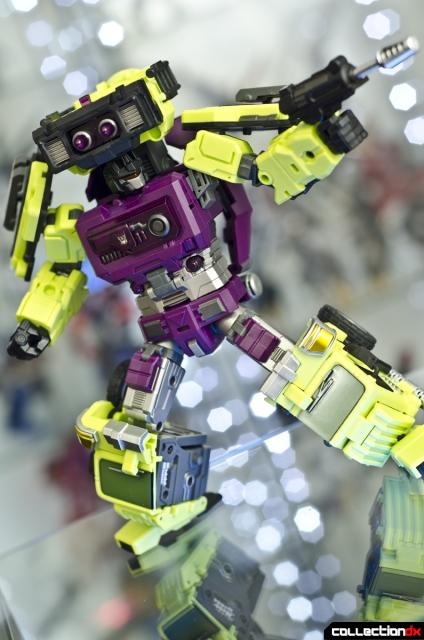 The transformation from alt mode to robot mode is more in depth than Scraper was. Transforming the cab into the legs had me stumped for a little bit, luckily there are several transformation videos on Youtube that I found very helpful. After transforming him once, I didn't have any further issues. 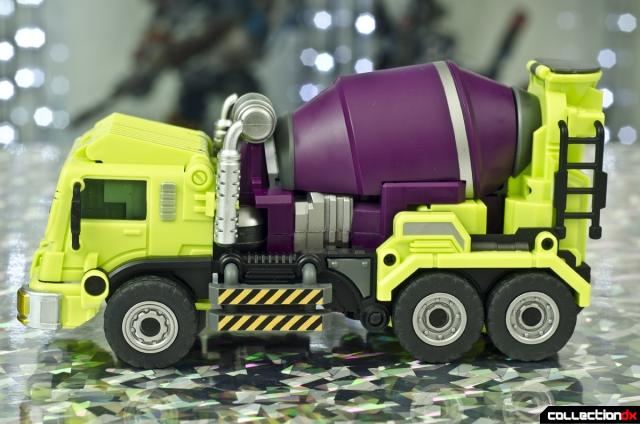 Things don't peg together quite as nicely on Mixer Truck as they did on Scraper, but the alt mode is still solid and looks fantastic. Mixer Truck has all the same attention to detail as Scraper to include ladders, running boards, side view mirrors, windshield wipers, hard rubber tires, and even a flap on the cement shoot that opens and closes. Just as with Scraper, Mixer Truck's blaster stores on the bottom of the alt mode 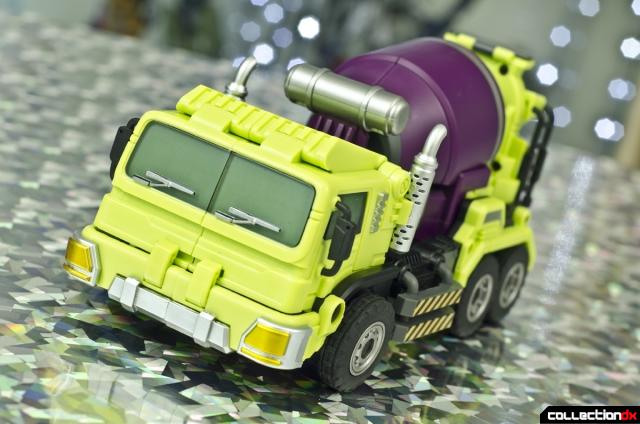 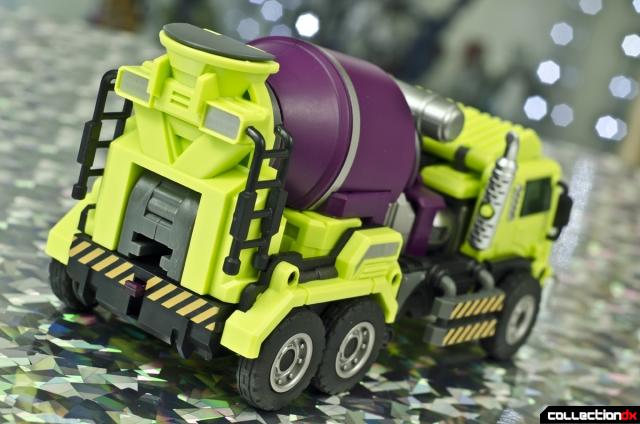 In alt mode Mixer Trucks cement mixer can be opened to reveal a hidden laser cannon that extends and swivels up and down. Additionally, Mixer Trucks blaster can be pegged in for even more firepower. 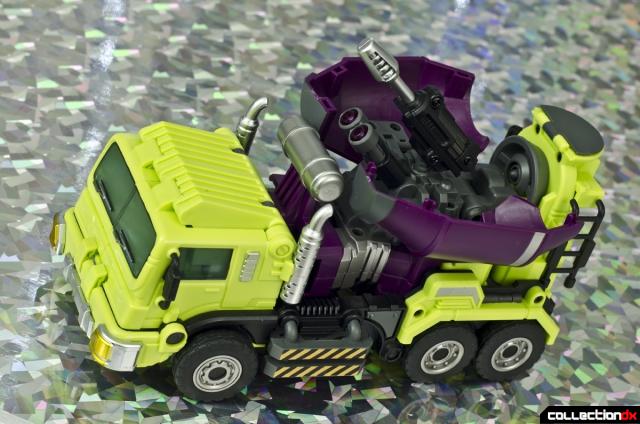 Overall, Mixer Truck is another solid release from Generation toy. If you enjoyed Scraper, Mixer Truck should be an easy purchase. 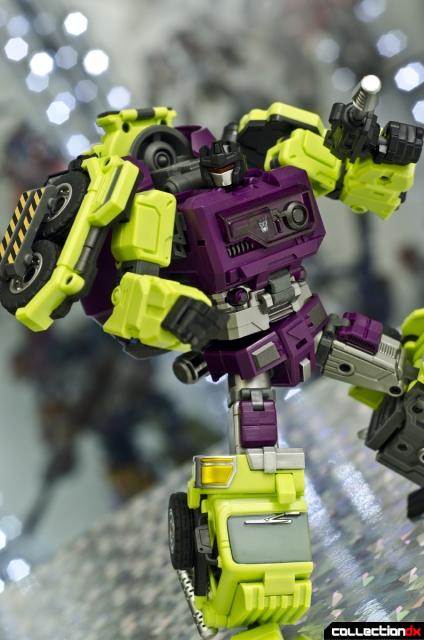