When Matchbox produced their Robotech Defense Force line of action figures from the Macross Saga portion of Robotech, I am sure one of the issues involved with producing these figures was how were they going to produce the size difference between the giant alien race of the Zentraedi and the smaller humans from Earth. 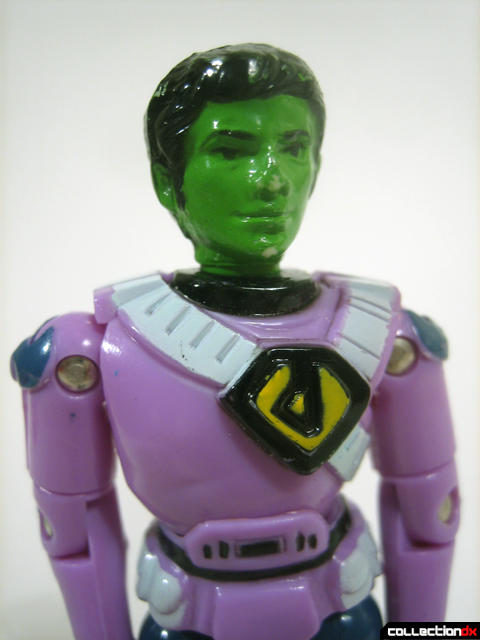 Matchbox ended up with producing the figures in two sizes, 3 ¾ in 1:18 for the human sized enemies and 6 inch in about 1:100 scale for the Zentraedi characters. Although not without issues, I believe Matchbox handled it as best as they could as they at least they made an attempt with the size difference between the two races. 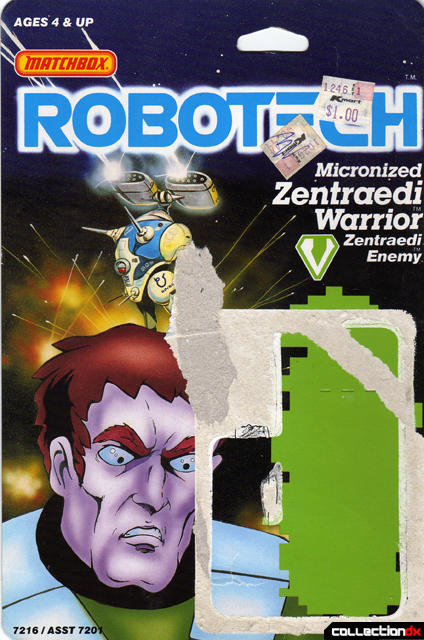 One of my personal favorite figures of the line was the micronized version of the Zentraedi soldier. Although the figure itself presents a few problems such as Micronized Zentraedi never wore armor and never piloted full sized Battle Pods, the accurate sculpt, attractive bright colors and detailed accessories makes it one of the best figures of the line. 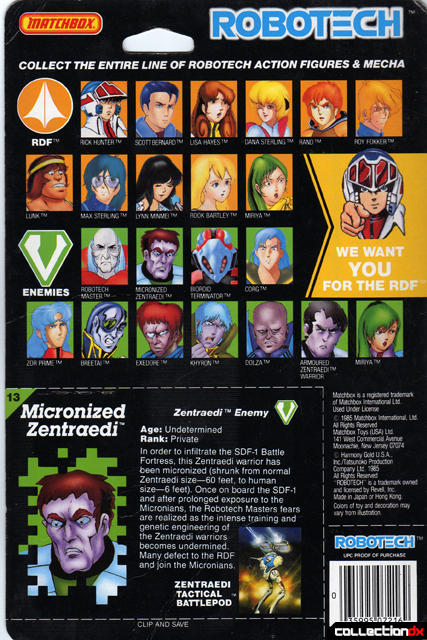 I like the colors chosen for this figure, a very attractive light purple that captures the feel of the Zentraedi art design from Macross. The turtle like soft lines of the Zentraedi helmet is perfectly captured and the scale rifle included is just another anime accurate portrayal of the weapons used throughout the entire toy line. The face sculpt is just an anonymous portrayal of the average Zentraedi soldiers but considering how oppressive the Zor Prime and Corg designs are, I applaud Matchbox not going overboard on this one. 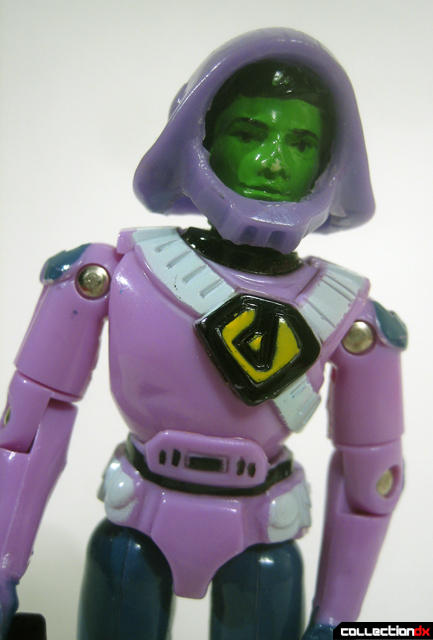 If one owns the excellent Zentraedi Battle Pod and Officers Battle Pod vehicles this figure is a must as it was designed to fit in the cockpit of those toys. 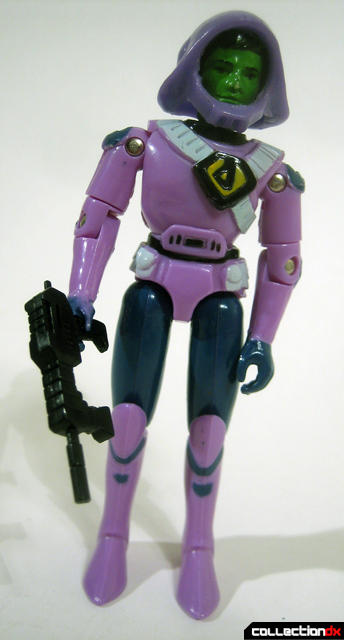 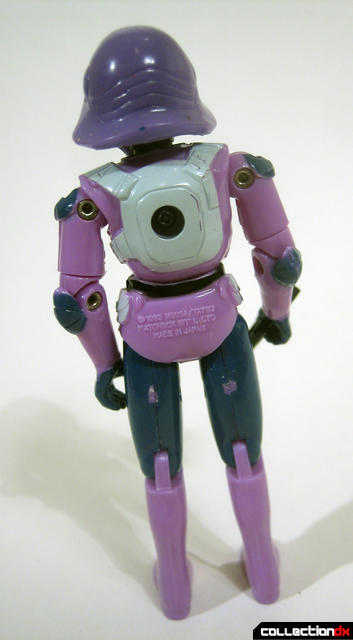 The only fault with this figure is that the head was molded in a light opaque white plastic then painted green with black details. Accordingly it wears easily in the raised areas on the nose, chin and hair. Why did not Matchbox mold the head in green then paint the highlights is beyond me. 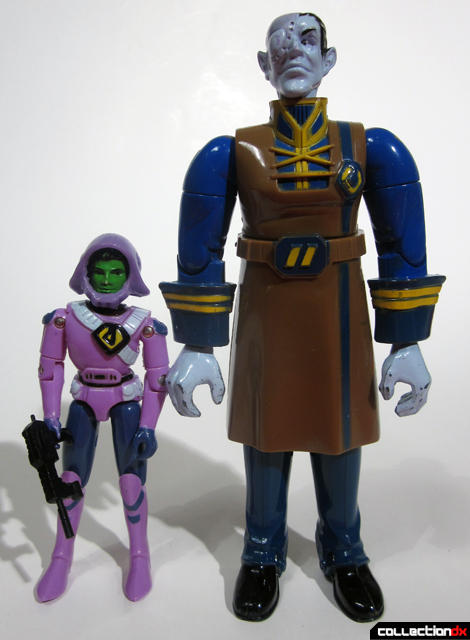