In 2014 Hasbro sneakily released a line of vinyl transformers into stores. Sadly, they were vinyls of Beast Hunters. Still, there's a certain charm to them that's hard to ignore, especially on clearance.

Megatron is hardly recognizable in Beast Hunters form. He reminds me of one of the Sharkticons known as Gnaw from the G1 line. 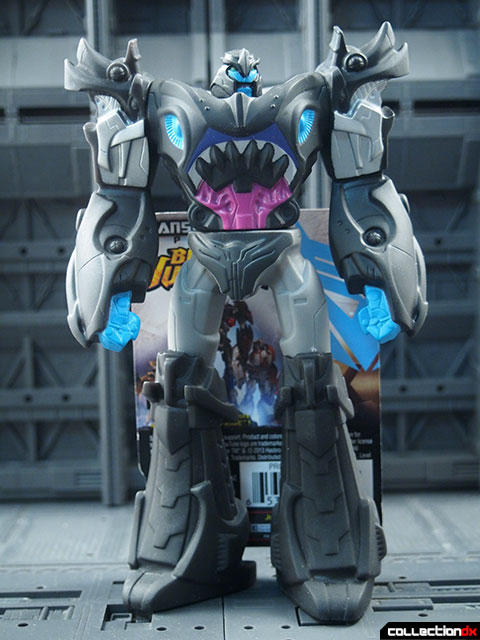 He comes sold with a card attached to a hook tag. These were sold in pegs, just like vinyls were in Japan. I got mine for $3 each on clearance. 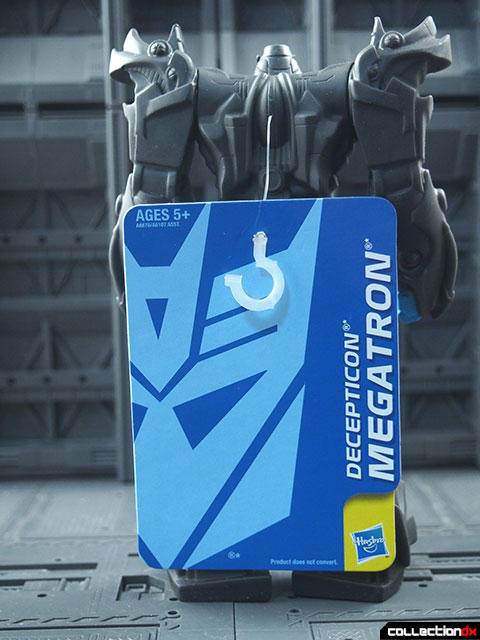 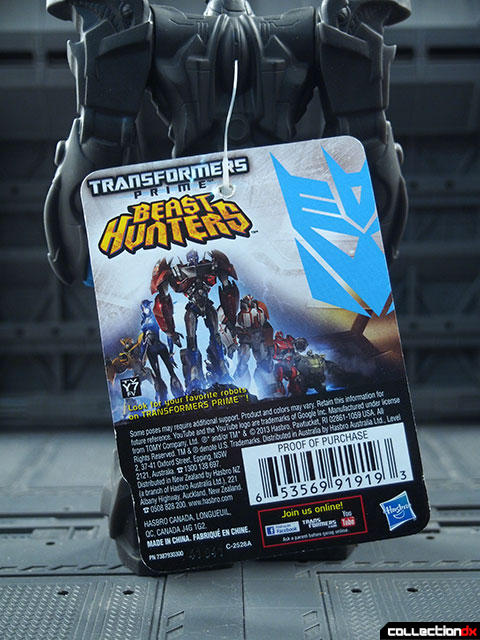 The whole thing is soft vinyl, and it feels like a cheap dog toy - as it should. 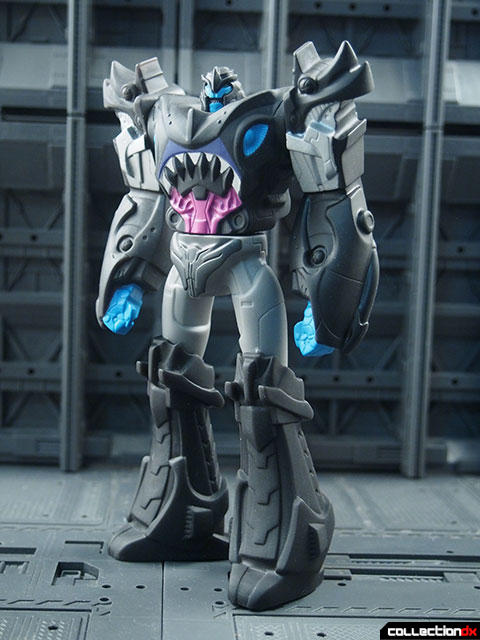 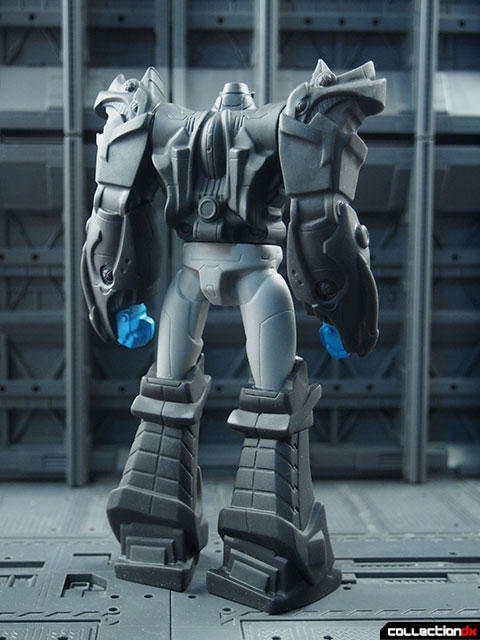 Articulation is limited to the head, arms and waist. 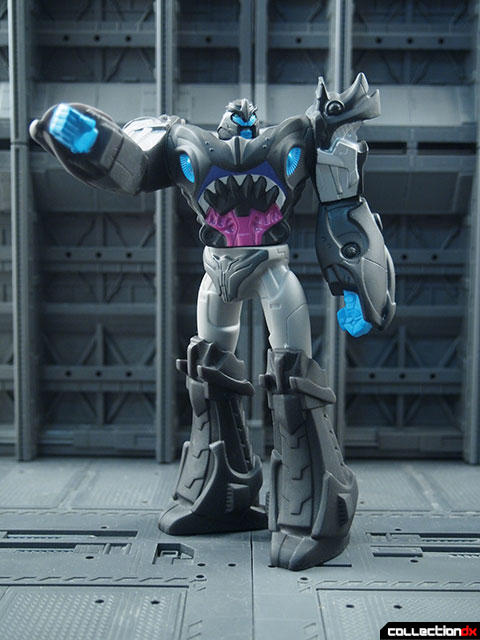 Most of you don't "get" these. The reason why some of us vintage robot nerds dig these is that they are very reminiscent of the super robot vinyls that companies produced in the 70s and 80s. These are a direct homage to those vinyls made by Popy, Takatoku and even Takara. 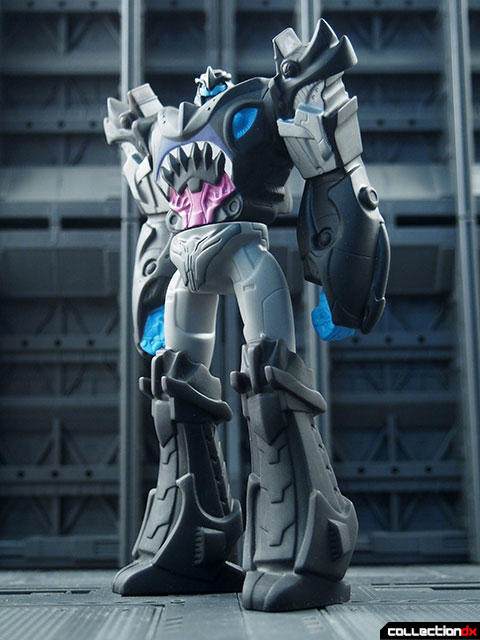 I understand the desire to homage the old classic Popy etc stuff back then. But even back then most of us viewed the smaller vinyls as sort of a cop out. Excepting the big ins. This guy would be awesome as a Machinder. As an 8 or 9" toy? Yeah I kinda do expect a squeaker to be inside it.

As far as the weird shark like design? Yeah it's not and never will be Megatron to me. But it is still a really cool giant robot villain design. He would look great fighting One of the Ultraman or classic giant robots.

Sharkticon/Gnaw, yes. But the more I look at his chest, the more I think of Stitch too. Now that would be a crazy fusion.

I haven't seen too many of these on shelves, but the ones I have come across have been really lacking in execution. The paint managed to be both sloppy and insufficient at the same time, the colors were off, and they seemed to generally be at a novelty-shampoo-bottle level of quality.

The Megatron from this review is much nicer, so much so that I assumed it was from a different line.

I have the Shockwave too from this line, and it's not nearly as good. I'll probably review it soon. If they were all as good as this the entire line would be a must buy.

It's based on this particular version of Megatron.

FORTY FIVE PICTURES OF THE BOX before I see the actual toy.

Yeah, I should have just went straight to this pic.