I think this is a first for the website, a review of a beer?!

I'm a pretty big fan of craft beers and what not, and so when a friend of mine brought me this from New Orleans as a present, I was pleasantly surprised. Especially when I learned more about its back story.

Made by New Orleans Lager and Ale Brewing Company (Or NOLA for short), this India pale ale actually ended up causing a bit of a ruckus with Toho, the original creators of Godzilla.

Toho claimed that the Mecha Hopzilla name and logo infringed on current trademarks. Because of that, they were no longer allowed to distribute it to the rest of the country.

Mecha Hopzilla comes in a four-pack of 16 ounce cans fastened by a light green plastic can holder. A convenient little handle allows for easy carrying. All four cans rotate freely on the holder, though they are a little bit stiff in there due to the tight fit. 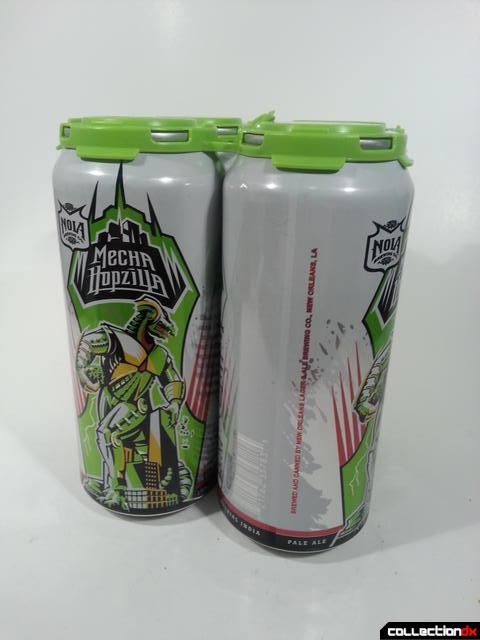 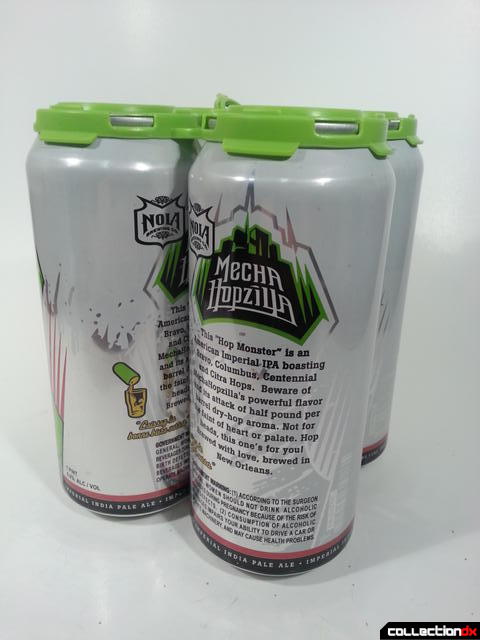 The cans pop off of the holder with a little bit of work and is honestly a little bit scary to do. The plastic is incredibly tough compared to the metal cans, and it makes me worry that I'm going break the can if I exert the wrong pressures while removing it.

One you get the can out of the holder, you can get a better look at the can itself, which has some very nice artwork of Mecha Hopzilla. 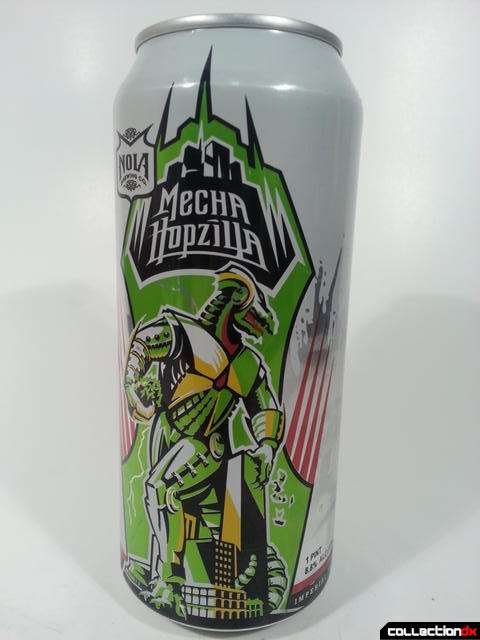 The back also lets you know about the brew in greater detail with a nice summary. 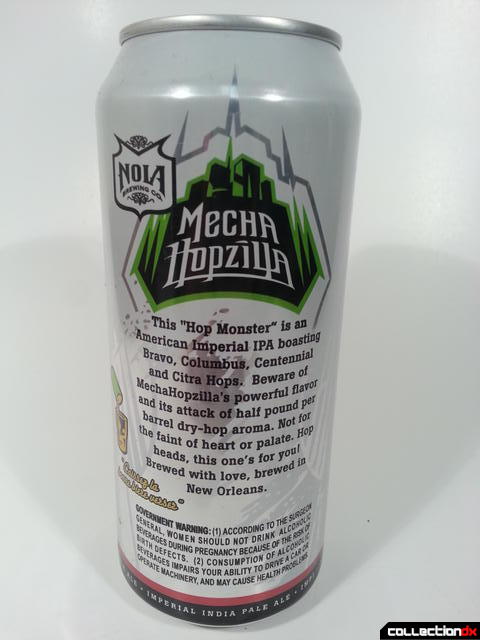 The green can top accents the rest of the can nicely and also allows the can to open easily, though unfortunately that is a one time function for the can. 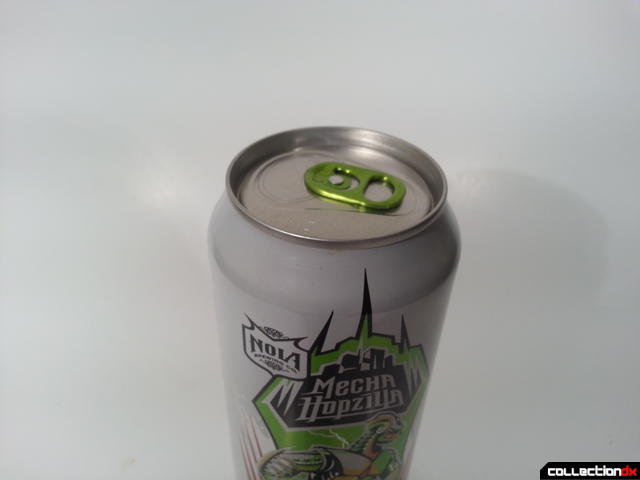 The beer itself is pretty tasty. It's very hoppy and hits you in the face with its flavor, but with a nice fruity after taste despite its incredible bitterness. If you enjoy IPAs, you would definitely enjoy this. If you aren't a fan of hops, I would be a bit more cautious. Still, the can and the art is nice enough to warrant keeping this just for its curious history and tie-ups with Toho.

I love seeing stuff like this! Thanks for posting it up. I'd never heard of this before. The bit about Toho doesn't surprise me in the least, though. They're pretty notorious for cracking down on stuff like that. Out of all the "Creepy Classics" figures that could be found at dollar stores a couple years ago, Godzilla is far and away the rarest because Toho complained and they had to be pulled from shelves. :(

You forgot to mention all the diecast !!

I demand a size comparison.

Is it compatible with a Jack Daniels #7 Sobriety Transformer, able to change from upstanding citizen to stay-at-home drunk?

jokes aside, glad you liked the brew!

Neat review reminds me of Cucapa's pale ale monster, not a robot but sweet.
http://www.beeradvocate.com/beer/profile/10541/41778/?ba=bigbelcher

I love the classification under the "Chrome" fetish.