I'm going to come right out and say that I don't know a damn thing about Warhammer 40k. I think the miniatures look cool, but it's a rabbit hole I don't need to go down and my wallet thanks me for it.

But I love a cool action figure, and McFarlane's Nekron Warrior figure is a cool figure. I mean, just look at it. It's a robotic skeleton warrior weilding a big-ass gun. 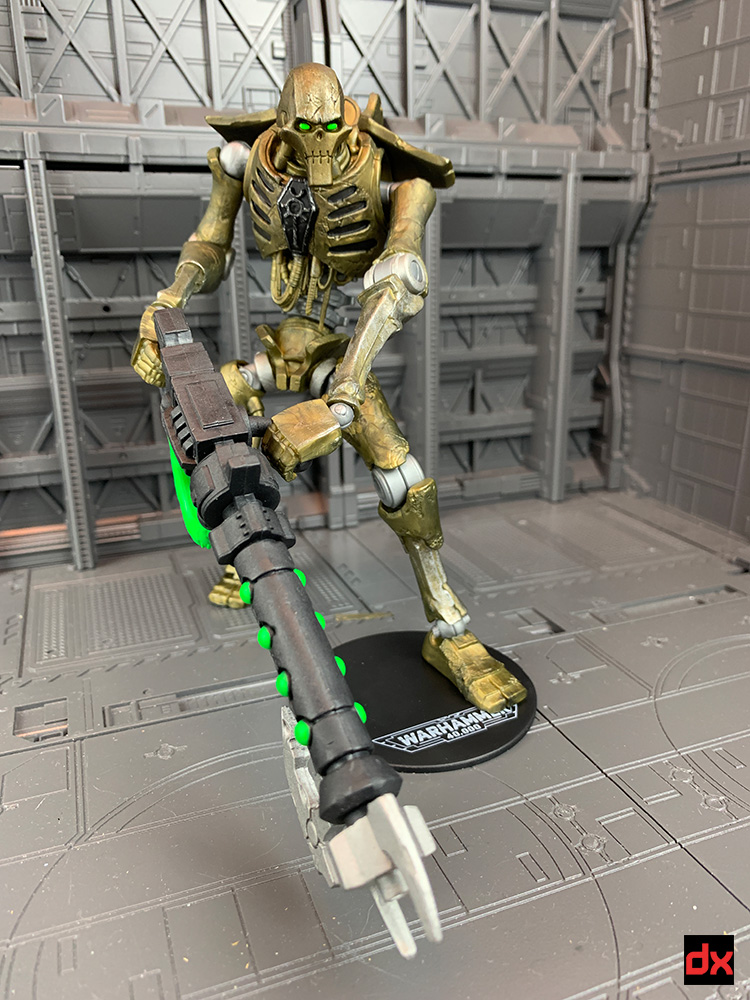 The figure stands about 7 inches tall and comes with the big gun called the Gauss Flayer and a little spider dude called Canoptel Scarab. 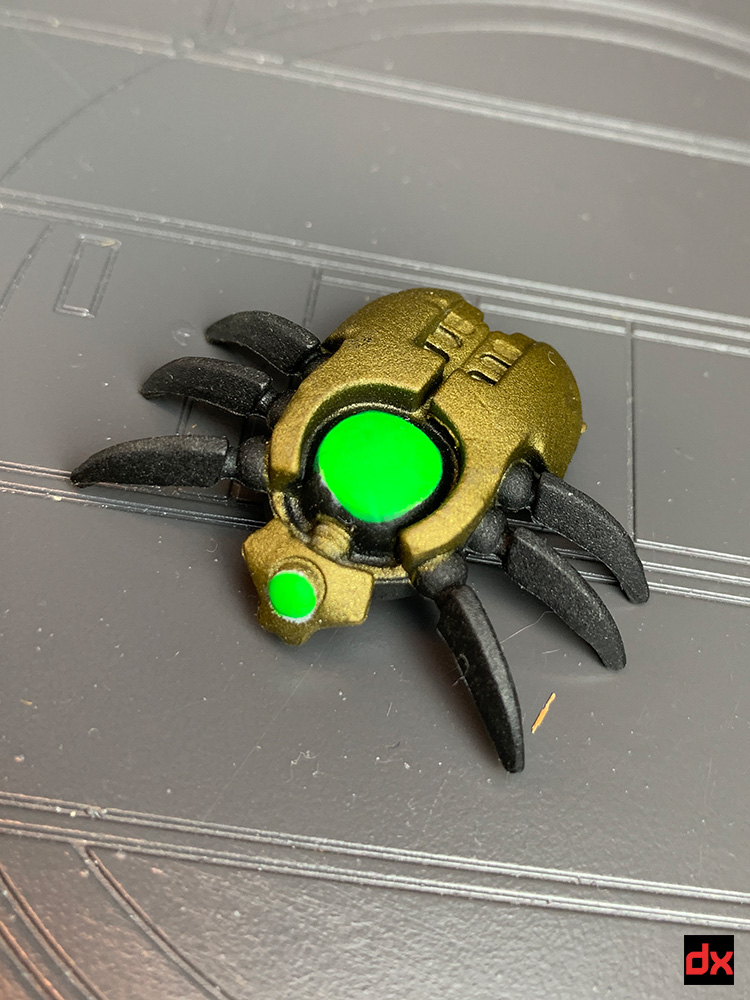 The Necron Warrior has 22 points of articulation, and the joints are just firm enough with subtle detents. He's not symetrical, so a neutral pose looks a little off. 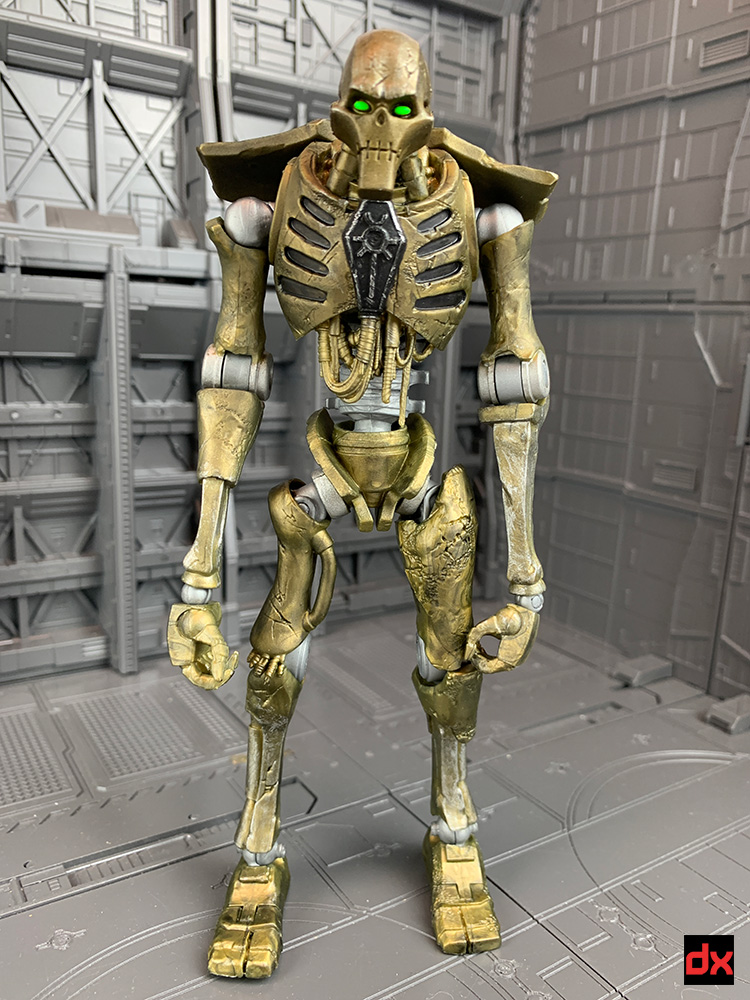 The back has this great spinal detailing. All of the finish looks like beat, weathered gold metal. It really looks fantastic. 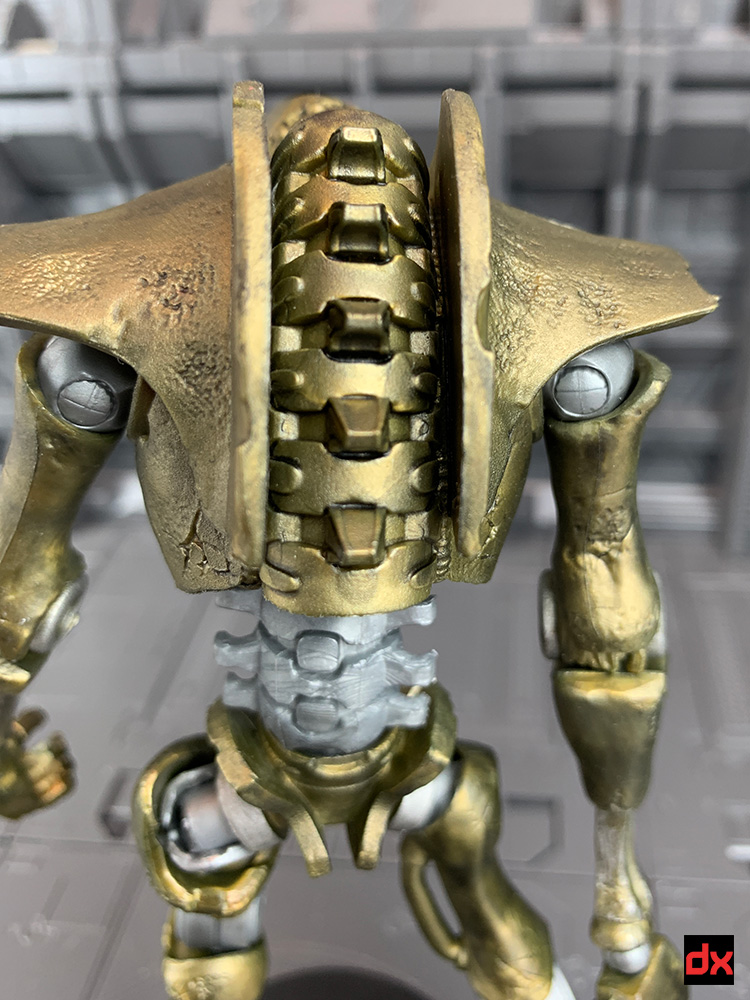 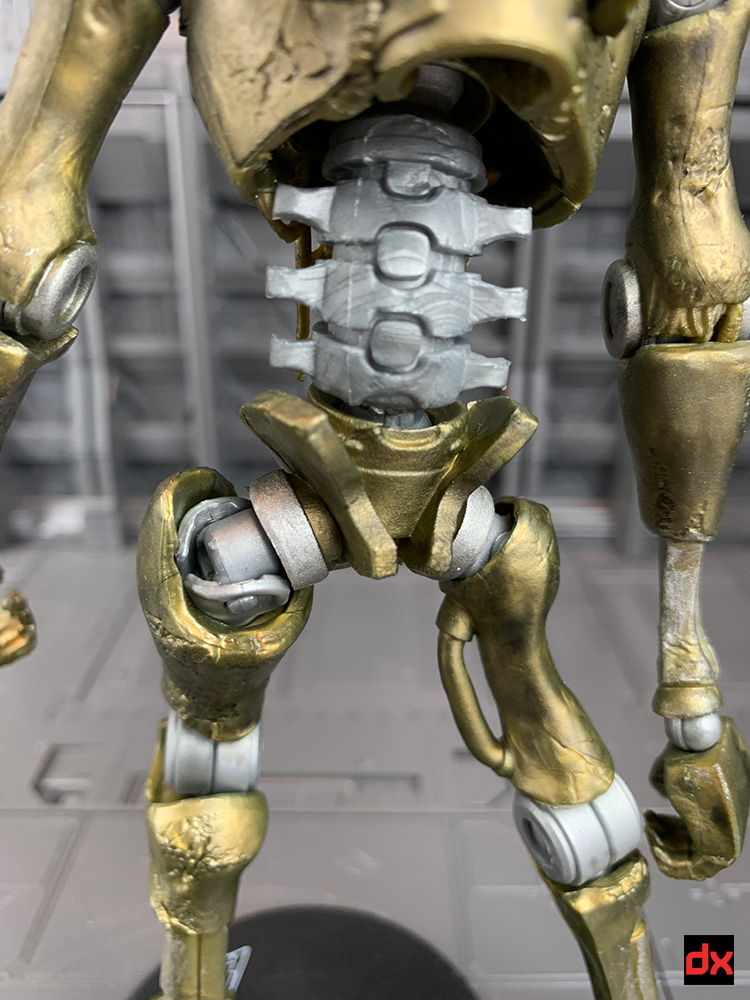 The draw here is the Gauss Flayer, a large gun that can be held with both hands. It's a very cool design, but it looks plain next to the detailed and weathered Necron Warrior. It's a flat black finish with green and silver paint, but none of it is weathered to match the figure. It just seems a bit off. Still, it's a massive weapon, and the Necron Warrior looks great holding it. 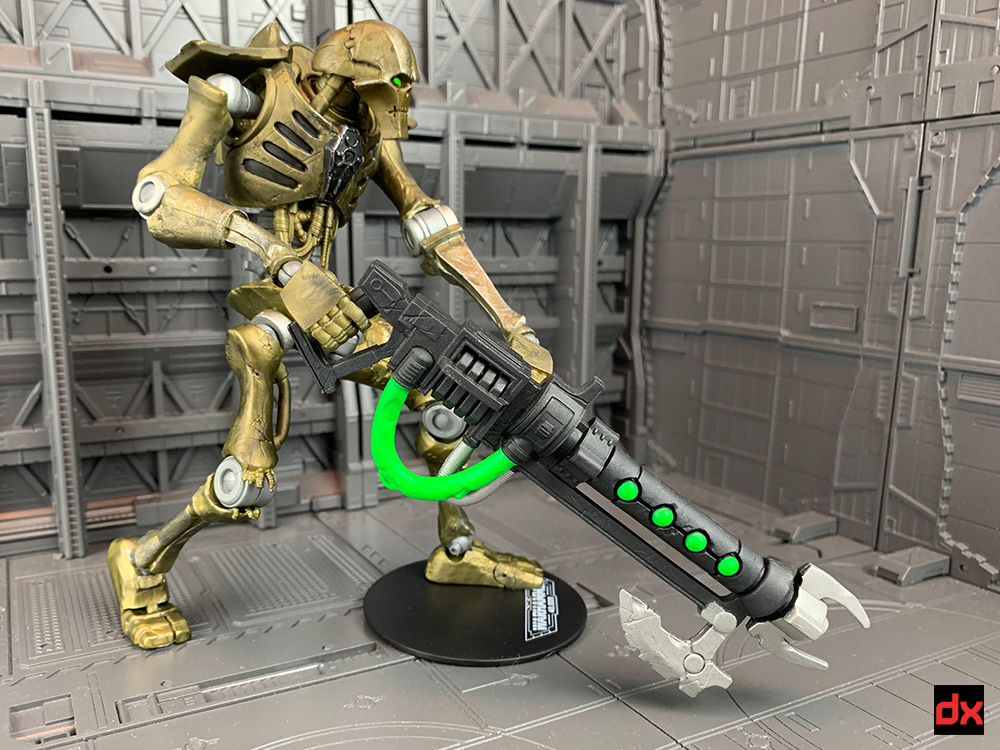 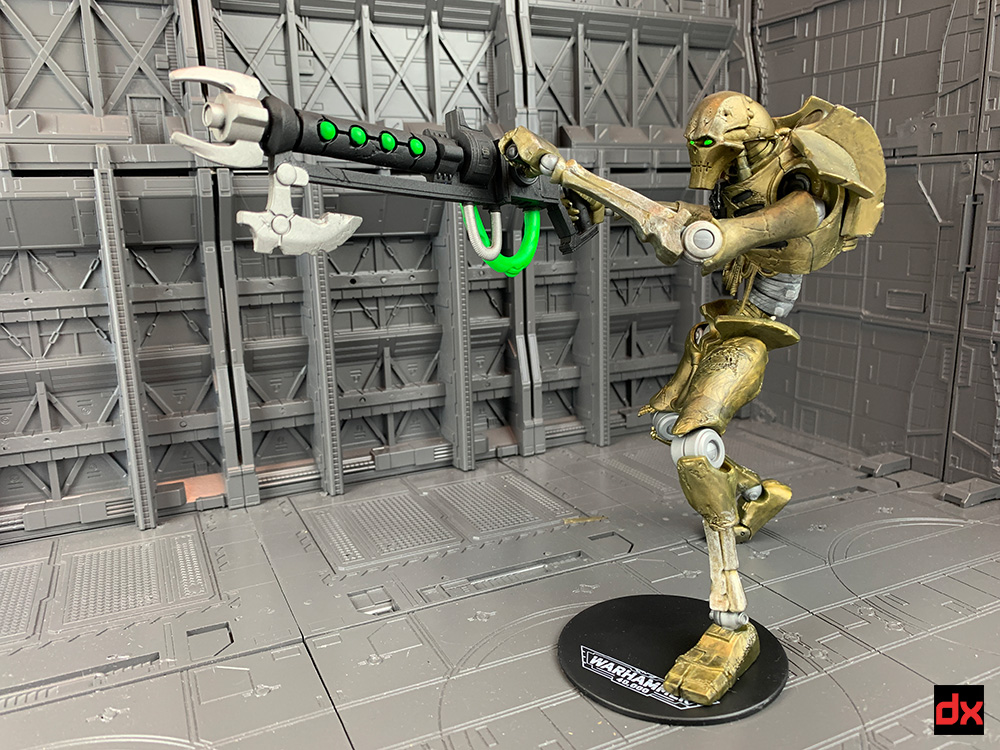 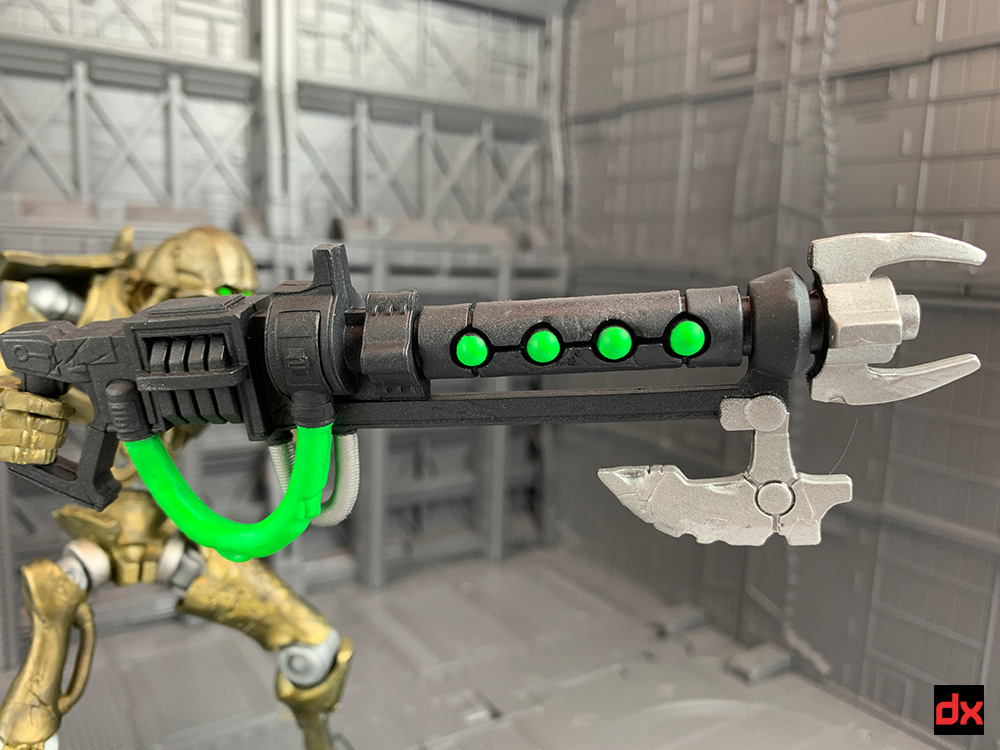 Included is a small stand with a single peg. The figure is sturdy enough to stand without it, but it helps. 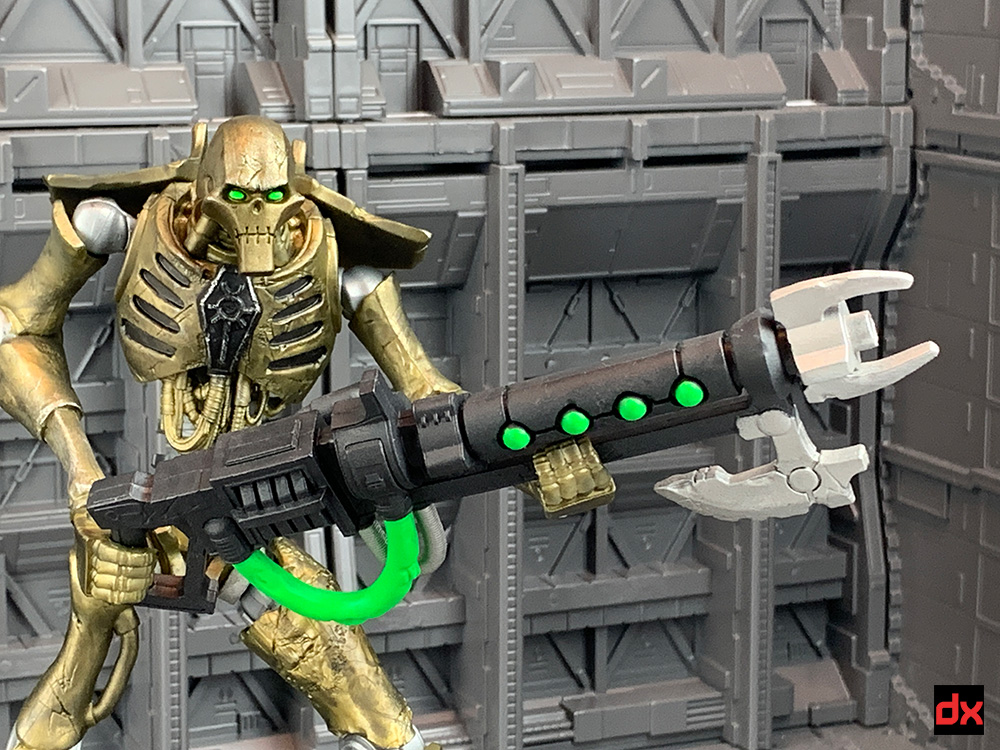 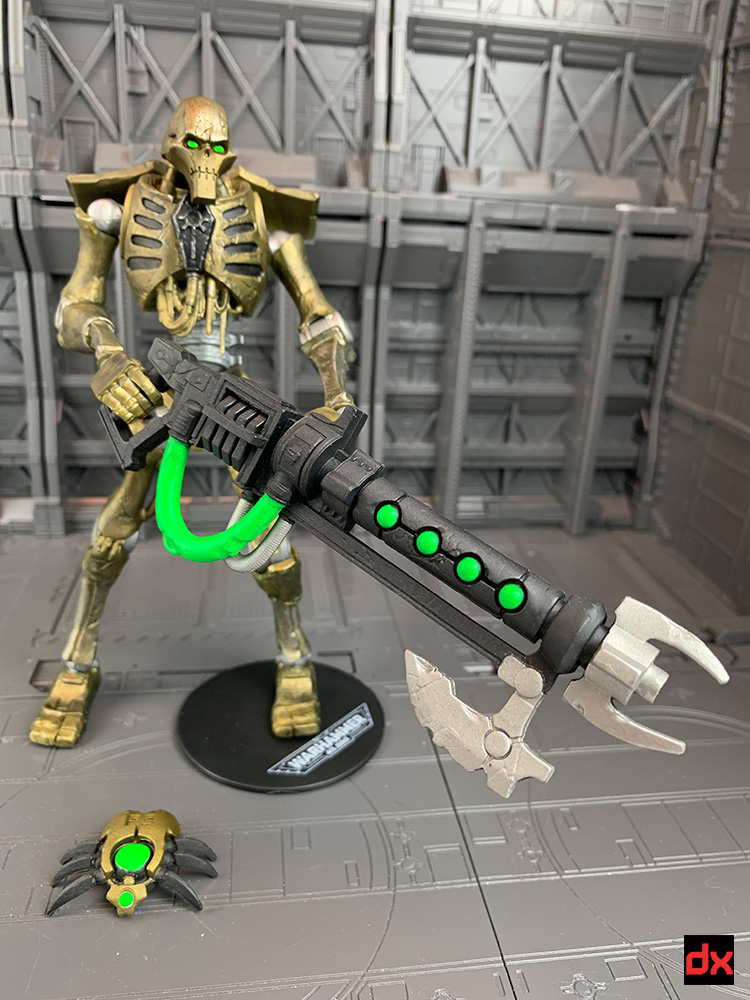 He's just killer. He looks like he belongs in Judge Dredd or 2000 A.D. Get yours on Amazon

Yes, the color & head remind of the ABC war robot from the first Judge Dredd movie.