"Maximillian! The time has come to liquidate our guests."

With that line, a chill went up my spine. I was 6 years old, and I met my first evil robot. 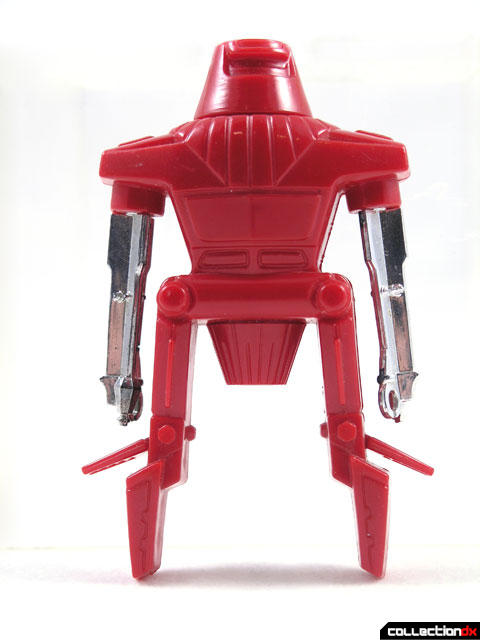 Maximillian comes from the 1979 Disney movie "The Black Hole". This movie was like nothing made before it, and in my opinion, nothing made after it. It was one of the first movies to use computer animation (in the opening sequences), and an odd choice for a Disney movie.

See, Star Wars had just exploded on the American psyche, and every studio began looking for their "Star Wars" movie. It began a golden era for Sci-Fi, and studio executives greenlighted a ton of projects without looking too-closely at the scripts. Although The Black Hole was in production as early as 1975, the influence of Star Wars on it can clearly be seen.

The Black Hole was a movie that on the surface was made for kids, but below the veneer was a dark and twisted movie. There was no comedy. There were tortured souls, lost in space, images of heaven and hell, and graphic murder.

In the movie, the crew of the Palomino are on an exploratory mission when they encounter the lost ship, the Cygnus, sitting at the edge of a black hole. They find the ship abandoned, aside from its captain, Doctor Hans Reinhart, and his crew of robot helpers.

Doctor Reinhart plans to go through the Black Hole. He claims his crew revolted and left the ship, leaving the Doctor alone to build his robotic companions. Doctor Reinhard, along with his companion, the robot Maximillian, make preparations to send the Cygnus into the black hole...

Of course, all those robots were the crew, and Doctor Reinhart was insane. He killed the whole crew and turned them into cyborg zombies. Once the crew of the Palomino figure out what he is up to, the Doctor orders Maximillian to kill the visiting crew. 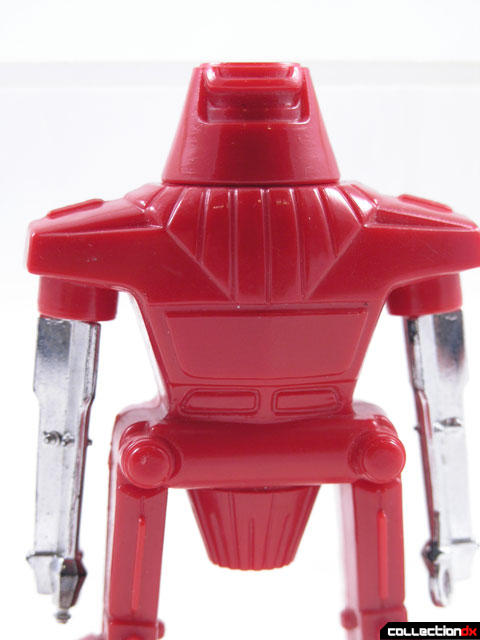 Maximillian is "de-activated" with a duel with the robot V.I.N.CENT, and falls into the black hole. There, in a sequence that defies description, Doctor Reinhart's "soul" is trapped inside of Maximillian's shell, in HELL, while the remainders of the Palomino crew speed through the black hole, through HEAVEN, and end up on the other side of the universe.

THAT IS A DISNEY MOVIE.

So yeah, there were toys of the characters from the movie. They were made by MEGO in the now standard 3 3/4 size, and for the most part, they were terrible. The human figures were atrocious, and the robot figures only marginally better. The best of the line were Maximillian, V.I.N.CENT and Old B.O.B.. 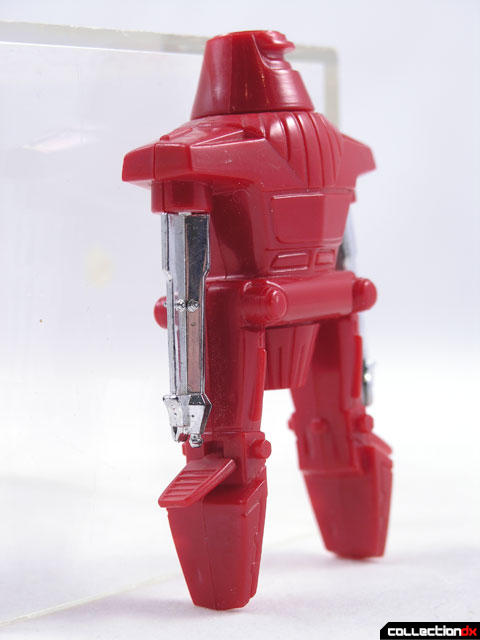 Unfortunately, though, the best wasn't very good. Maximillian is made out of hard plastic and has only 3 points of articulation. The head turns, and so do each chrome arm. Oh and the leg flaps move, if you want to call it articulation. The color of the figure is all wrong from the character, and it requires a clear stand (not shown) for the toy to be displayed properly. The card for this figure was the same as all the other cards, with a sticker to differentiate the toy. 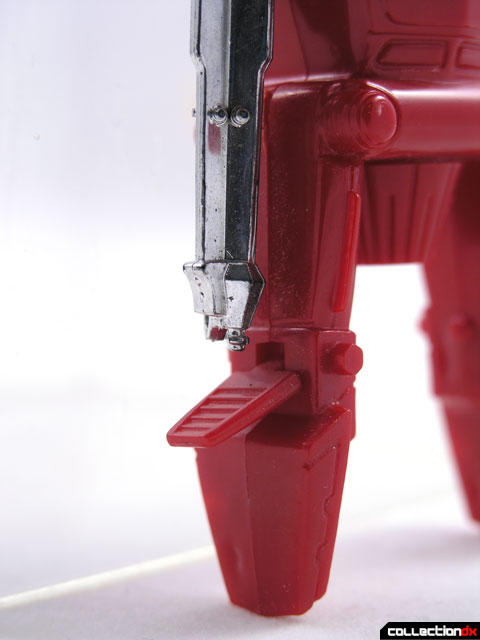 Its not that great, but it is all Black Hole fans had for a while, not counting the model kit or the italian Gig magnetic toys. In 2004, Medicom released a Maximillian Kubrick that is more accurate to the design shown in the movie. 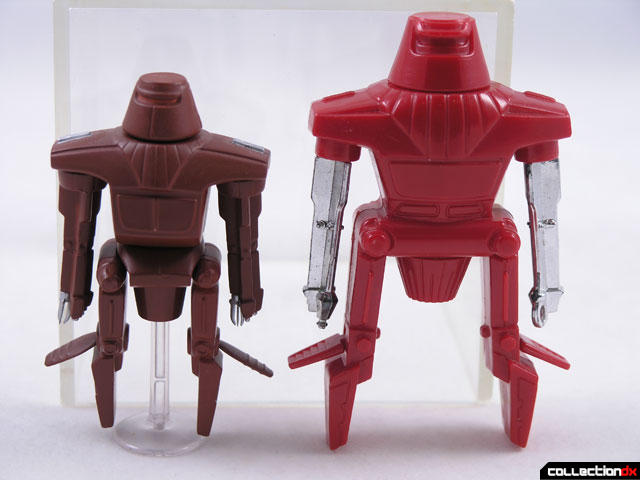 Oh, and I would have given anything for this RC V.I.N.CENT (only a prototype was ever made)

17 comments posted
I love The Black Hole! I

I love The Black Hole! I don't suppose there's any hope for a coming review of the B.O.B figure?

but i dont have the mego one, sorry

Cool! Another commercial with a toy terrorizing a cat!

That short six year period of Disney films, under the Direction of Card Walker and Tom Wilhite, produced some of the best cinema of the period: the Fox and The Hound, Tron, the Black Hole, The Black Cauldron, the Last Flight of Noahs Ark and a film that I hear is disturbing as well that I haven't seen The Watcher in the Woods. They all had a dark and intellectual themes about them and have stuck deeply with me to this day.

The Moment they realize the "robots" are humans and they pull off that Chrome mask.....is still one of the most disturbing scenes I've ever seen. I wish they would upgrade a special edition of the DVD. All around a beautiful film.

I had the Mego V.I.N.CENT as a kid and loved it and wished I still had it. Great review and I love when DX-ers break out these 7T's Mego Toys.

Watcher in the Woods is now on DVD and I recommend you watch it. Seeing that movie, even now at 34, freaked me out. Seeing it at age 5 arguably scarred me for life, as did Black Hole.

Another in that group of distinctly mature films was the adaptation of Ray Bradbury's "Something Wicked This Way Comes".

You know, the only one I have not seen (and loved) out of that list is Watcher in the Woods. We have such similar tastes, Leonardo.

You are going to SDCC?

The Black Hole has a special place in my heart. I saw it in the theater at the tender age of 5. Having seen Star Wars at age 3 in the theater, sci-fi was pretty much burned into my psyche early on, and this one was almost cooler to me than Star Wars. It was so much darker and human than Star Wars, and even though the movie has some very rough spots where reality flies out the window, (even though just prior to it the science of vacuum and pressure was made clear) it is more akin to 2001: A Space Odyssey with some Star Wars thrown in.

I had the Mego figs, all I have left is Vincent, several moves and 30 years later is hell on toys you had as a child. The medicom toys are excellent, where Vincent and Bob are near perfect re-imaginings of those figures in modern style, Max is unfortunately made stubby due to the Kubrick nature of the toys.

I do have the model kits and those are exceptional in spite of the fact that MPC is a horrible model company with fit issues and shoddy molding, even by 1979 standards. Just about every gimmick the robots do in the film is represented in the kits, with the lack of a Bob and Star kit being the biggest injustice.

Nice to see these mentioned.

Ernest Borgnine kicks ass. He was in Gattaca, another great sci-fi movie.

Agreed, it's a must see. I remember being a bit disappointed by the ending and I know there were some problems with that aspect of it. But overall, it's a great movie and scarier than 99%, maybe even 100% of the horror movies you see today.

This movie is great, and really has a dear place in my heart as well. My neighbors and best friend had one of the first VCRs ever, and The Black Hole was one they owned. We watched this everyday, and just let it run in the background while we played Star Wars or whatever. It was great, and the end of Norman Bates still ranks as one of the most disturbing scenes of my young life, right below the Lost Ark melting Nazi faces off.

Model Kits? Did someone say Model Kits!? I completely forgot about those Black Hole model kits, now I've have to locate them, hopefully they are not too expensive these days.

One thing I hate about those MPC/Ertl/AMT kits is all that soft plastic used in the kits but I'm glad they were around as they made some killer subjects that no other model kit company would touch by the late 70's. Check out their Giger "Alien" Model kit...for kids!!

Josh, our history of how we got into anime and such match very close, especially after hearing your Destroy all Podcasts interview by Jeremy....just replace the shops you went to to Pony Toy Go Round and Funny Business and change the locations we lived at.

I'm not going to the convension but I don't mind driving down to San Diego and meeting up for a pint...let me know what days you'll be out here.

I'm quite surprised we only have one Mego toy review on DX, I'll have to see if I have any in my collection somewhere, but if we are going to kick it off this is one of the finest to start with.

OMG disney made that film... wow

I havent watche the black hole since i was a kid but there is a scene where maximillian has a closeup shot of his face that has become etched in my memory. I have to use scarred because that is pretty much the effect this movie has on a lot of people who watched it as a kid. Very powerful stuff to watch as a young kid

There are a lot of great hair raising scenes in the film.

The scene where Anthony Perkins looks into his own reflection in the chrome face of the drone while in the garden is fantastic.

Second is when Robert Forster is walking through the former quarters of the crew. That entire, wordless moment in the film, maybe a three minute scene at the most, is so well done and acted and paced brilliantly and is important to the mood for the rest of the film. Always love that scene.

We also must not forget the John Berry Soundtrack that just sets the tone of the film. I really did to find the CD/LP of it!