How awesome is this!? 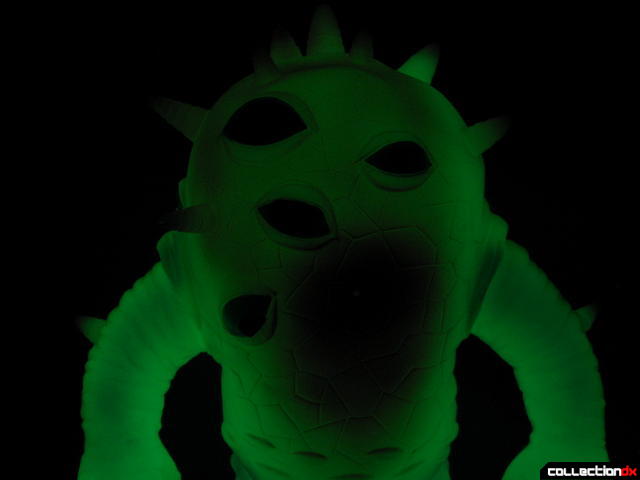 After reading Josh's review of the translucent purple "guts" edition of Eyezon, I knew I had to throw down and rep for the glowies! And here it is! 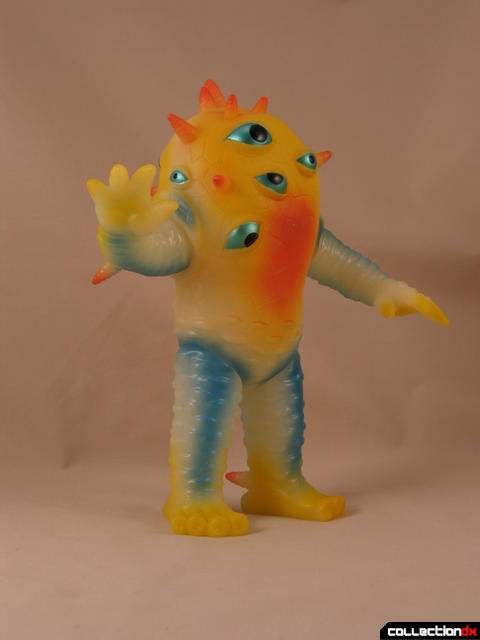 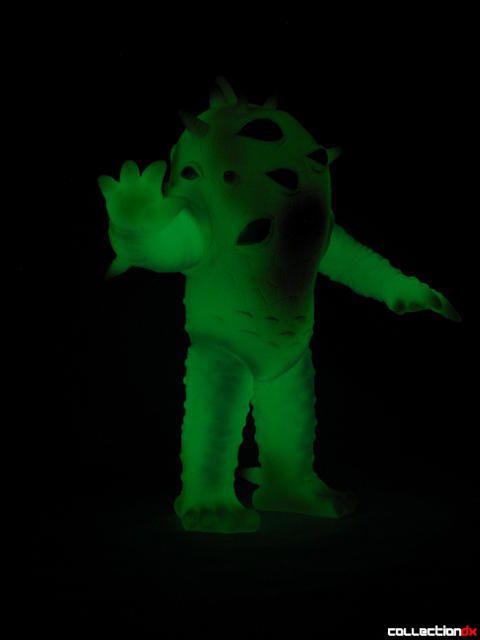 Mark Nagata, owner of Max Toy Company and all-around helluva guy, is putting out some gorgeous original and exclusive/collaborative vinyls. Eyezon is an all-new evil kaiju creation based on the "Captain Maxx" universe, a home-grown cast of characters centered around the hero, Captain Maxx, a tokusatsu-style protagonist inspired by Mark's son, Max! 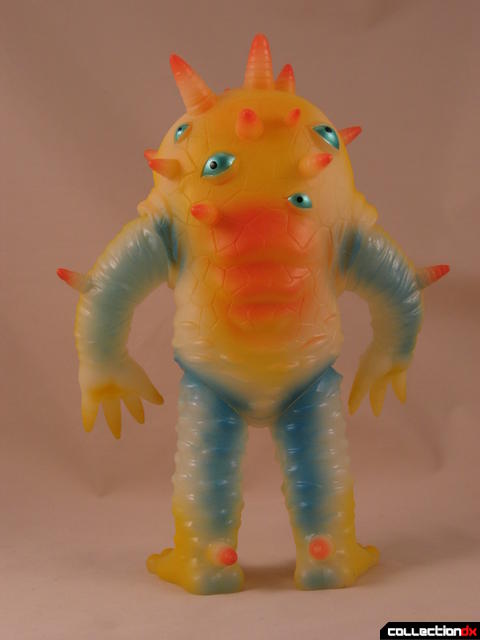 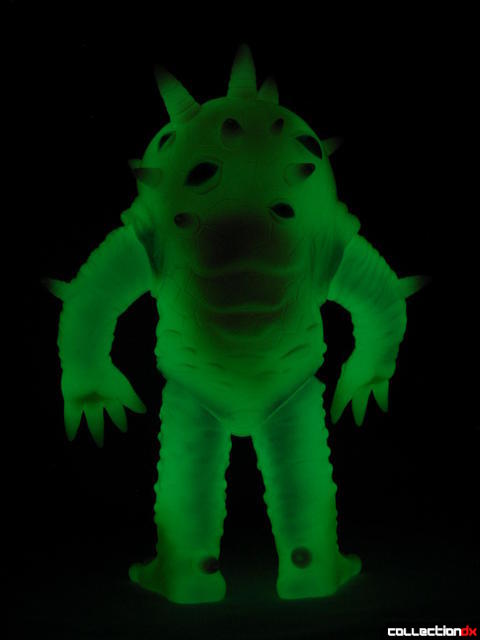 So is this an "urban" or "designer" vinyl? It is a non-character toy--an original creation, not based on any pre-existing media. Well, I'm not one for splitting hairs. It's pretty clear where the inspiration for this toy comes from. If you check Mark's collecting habits, you can tell that Eyezon, Captain Maxx, and the rest of the gang actually do have a pretty impressive pedigree. 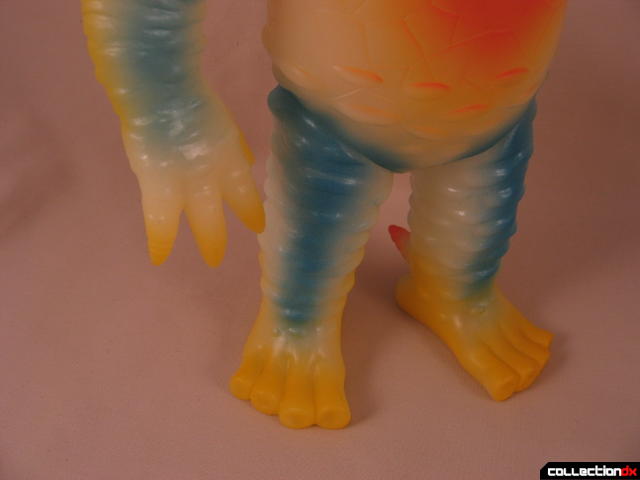 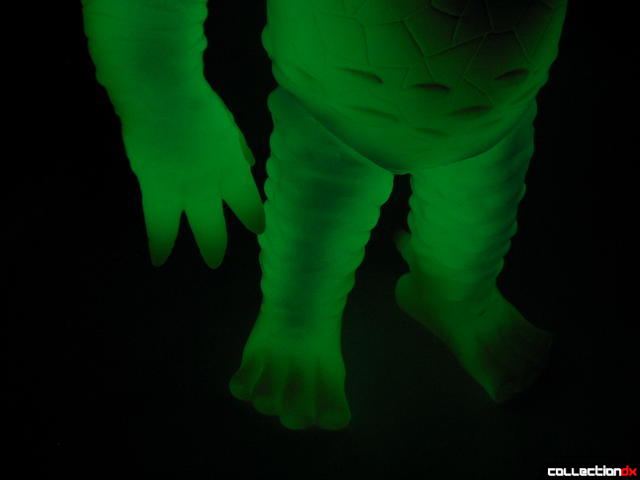 In this reviewer's mind, it doesn't matter that this is an all-new toy envisioned in a contemporary artist's mind, as opposed to a representation of some long-standing character that has existed in numerous forms in numerous media for decades. This is pure toy, folks. Its roots--the very soul of such urban/designer vinyl kaiju--lie in Japan, as Mark tells us. They're sculpted with a sincere reverence to the Japanese kaiju character toys of yesteryear. This sincerity shows in Mark's work. 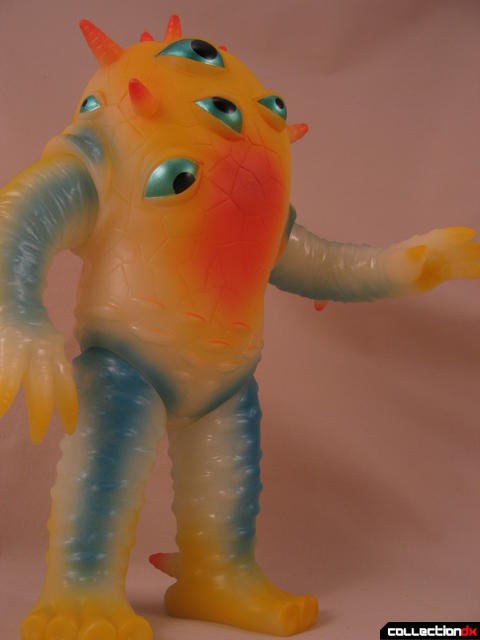 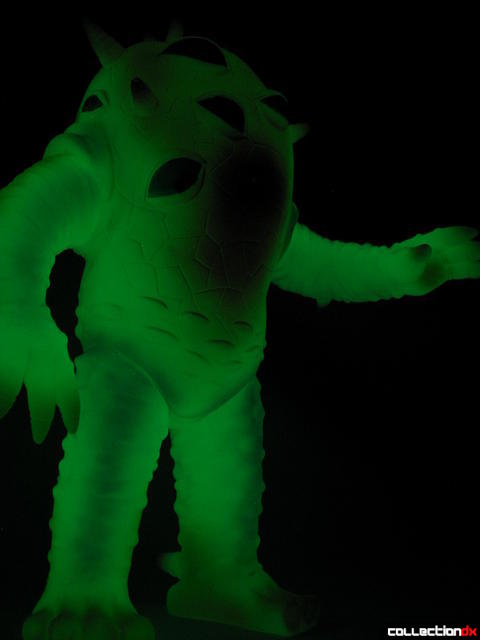