Agito Burning Form was brought to you by Bluefin Tamashii Nations!

Get all your Tamashii Nations items from BigBadToyStore!

Alright, so here's a little background for those of you who are unfamiliar with my love of Kamen Rider, and Kamen Rider Agito specifically: I really love it. Okay, so now we can continue with the review.

Here is Kamen Rider Agito's imperfect final form, known as BURNING FORM. It's super cool because Agito basically loses all control and RIPS EVERYONE AND EVERYTHING APART AND I LOVE IT. I hate to use all caps but I can't express how much I love this Form in the show without it. However, this figure falls a bit short. Let me tell you how... 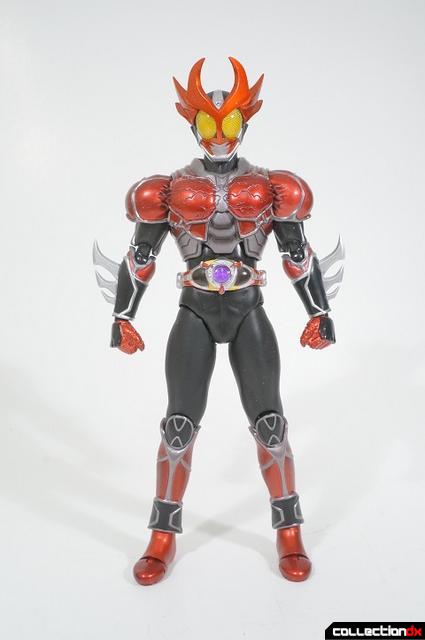 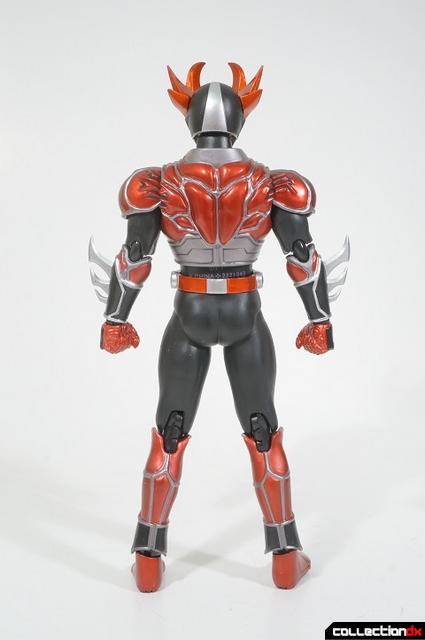 At first glance, Agito looks great here. The sculpt is nice, the paint is great, and he looks like a man in a suit. Those are all great things. But it all starts to break down once you start handling him. 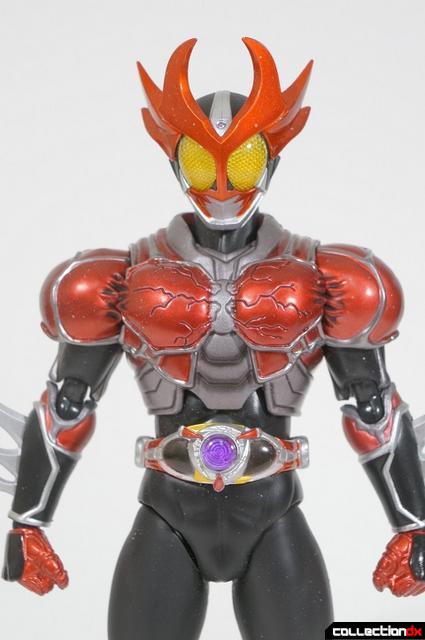 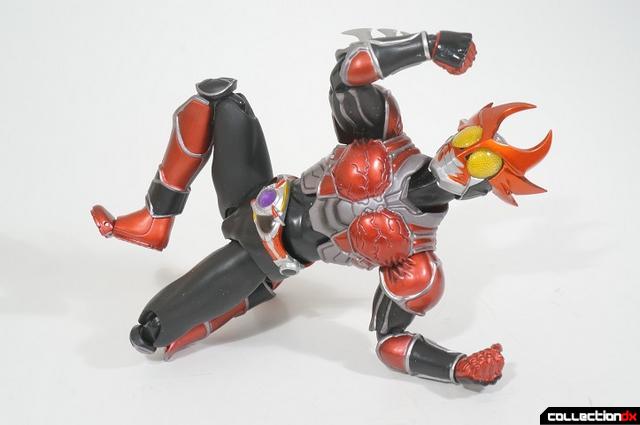 The biggest flaw is the articulation. While he *has* all the articulation points of other S.H. Figuarts releases, almost every single joint is hindered in some way. It is super noticeable when you try to get him into any sort of dynamic pose. It's as if he's fighting against you as you play with him. The shoulders are the worst, as the bulky shoulderpads get in the way of pretty much everything. Plus, I've heard a ton of horror stories about people having the shoulders snap due to too much friction, so that's something to look out for. I should also point out that the left wrist on mine was basically frozen, and I'm too much of a scaredy cat to force it in case it breaks. 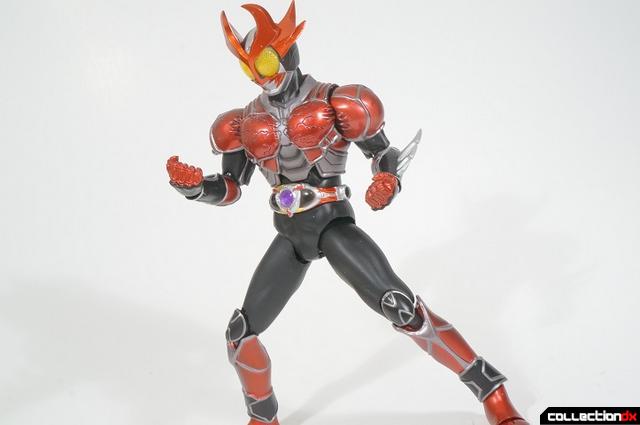 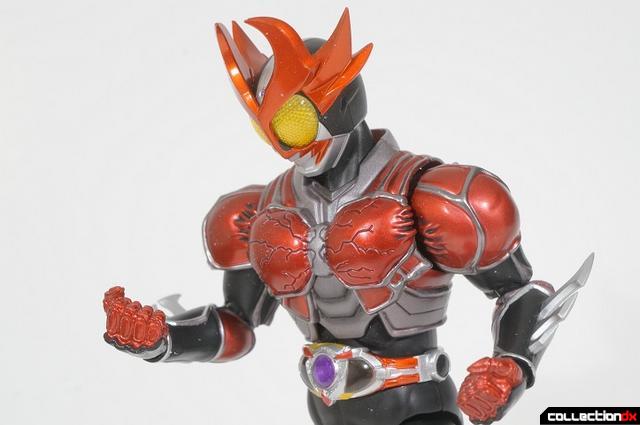 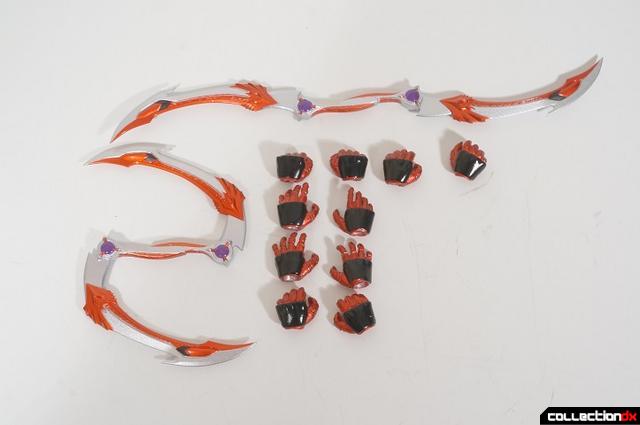 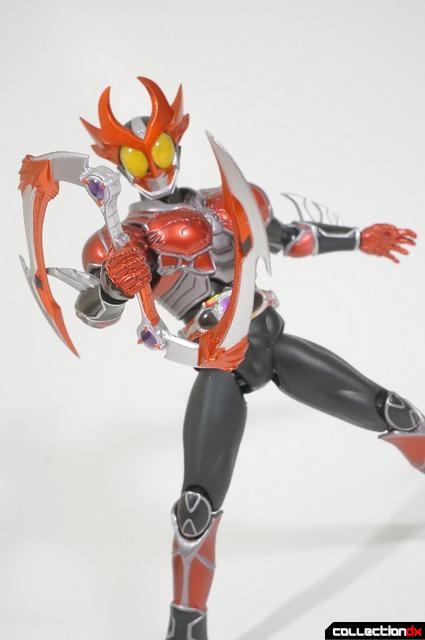 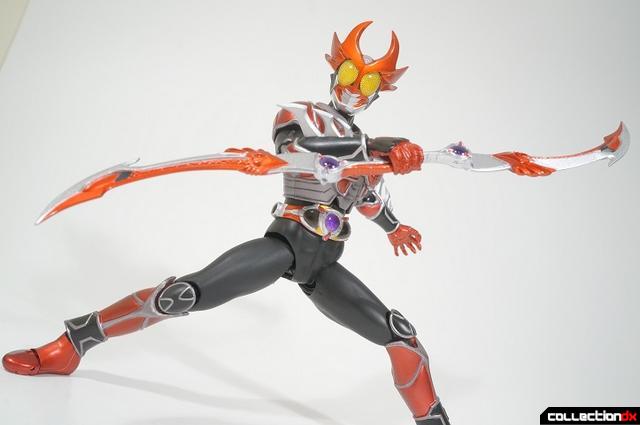 It would have been nice to have a version that is split in two, but maybe that was out of the budget here. Oh well. At least this Agito release actually has calm hands. You know, for all those times where Shoichi was totally calm in Burning Form. 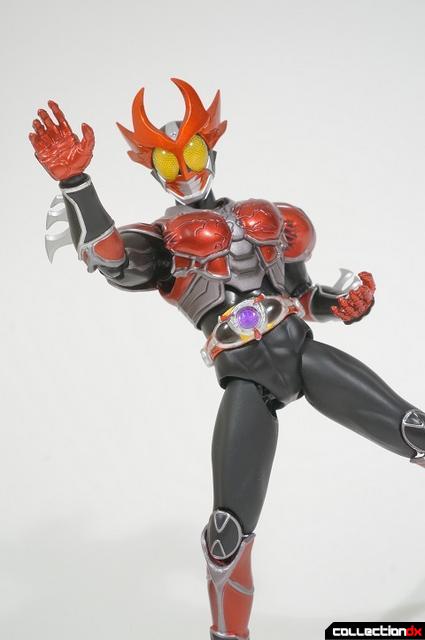 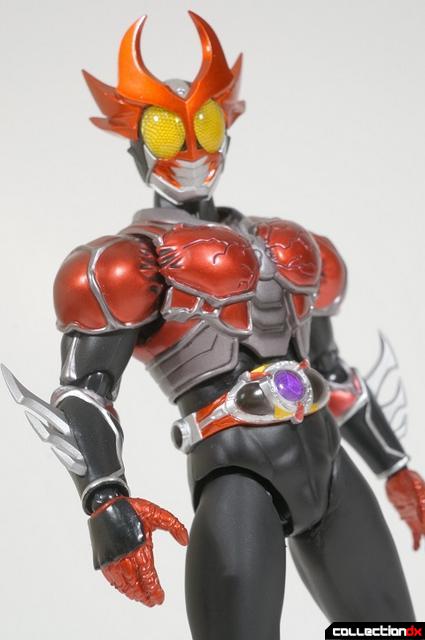 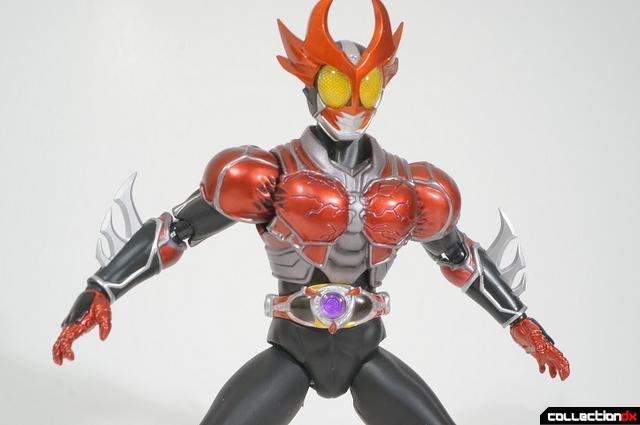 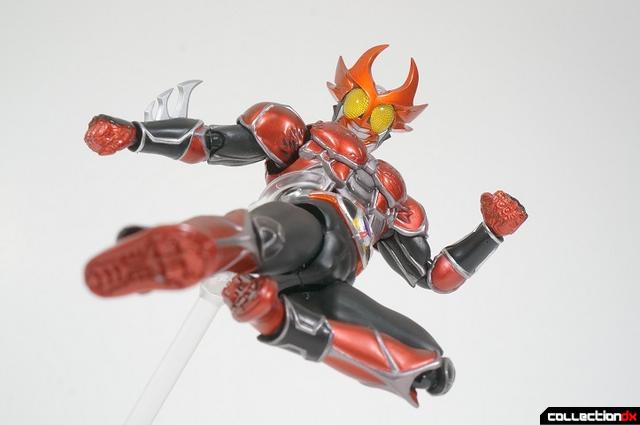 Gills does not approve. 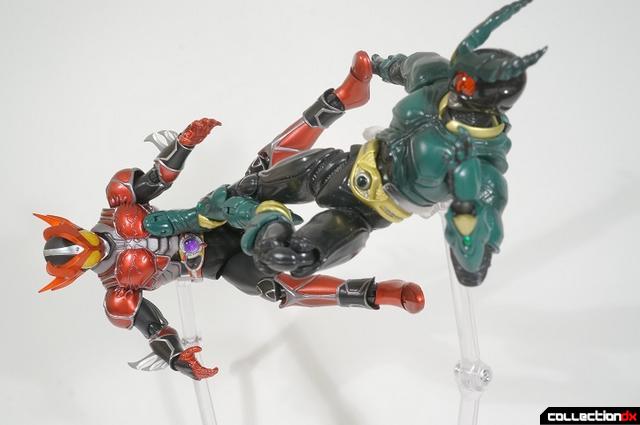 Here is a comparison with the original S.H. Figuarts Agito. You can see that he is much beefier by comparison. 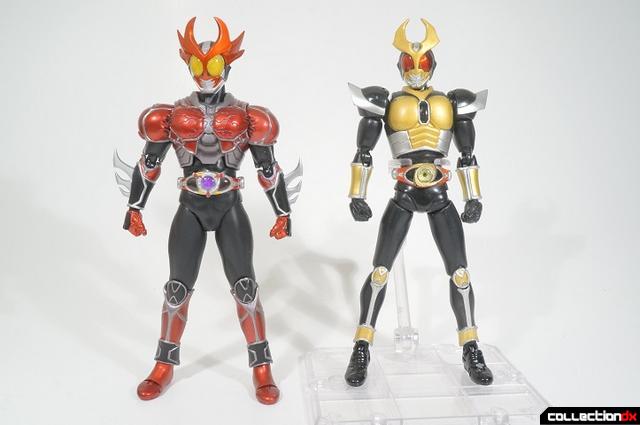 All in all, I'm very disappointed with this release. Somehow, I was able to make him look pretty great in the images (he *does* look alright), but I would definitely suggest picking up something else with your money. Seriously, practically every other S.H. Figuarts release would be better than this guy. Just only pick this guy up if you are a super fan of Agito and don't mind owning a toy that can barely move. 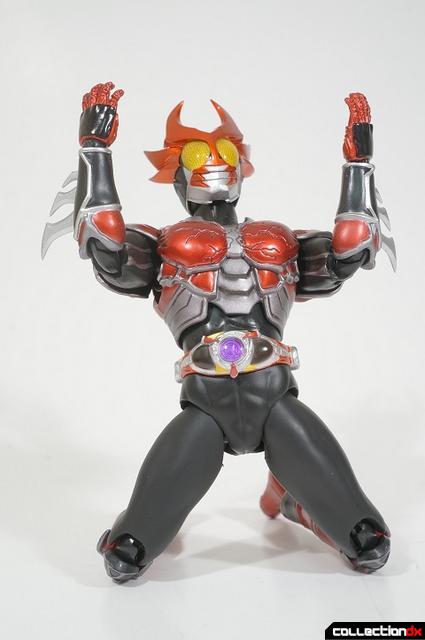