Luminara Unduli is one of those toys that honestly, I just bought to say I bought a toy that day. Toy nerds will know what I am talking about. This figure was bought during my Star Wars moratorium, and it only served to enforce my opinion that Star Wars figures at that time SUCKED. 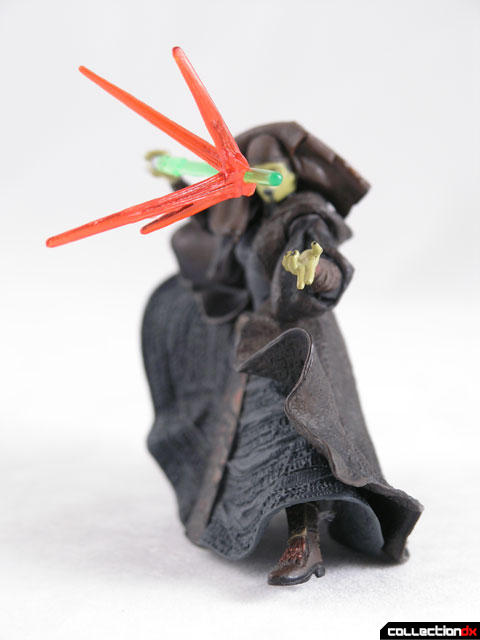 First off all – the term action figure barely applies here. Sure, she is in an action pose, but she is essentially stuck in this one pose. The legs and cape are all molded into position. You can move the waist and head a little, and there is arm articulation, but anything besides the default pose looks silly. 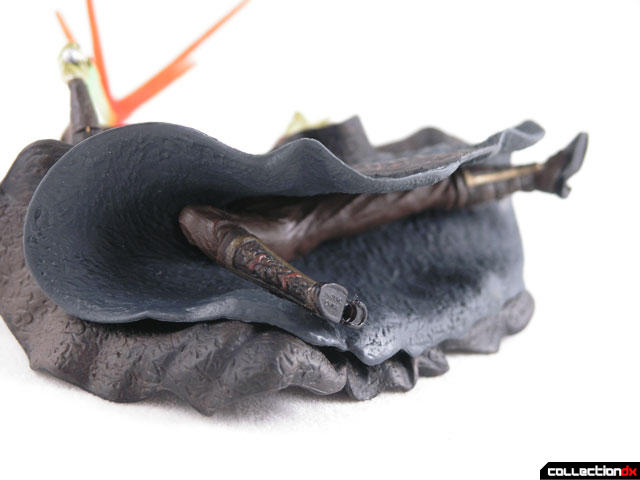 To be fair, the sculpt is really detailed and dynamic. If you are just looking for a nice representation of the character, you won’t be disappointed. But if you actually want to play with this thing, forget it. 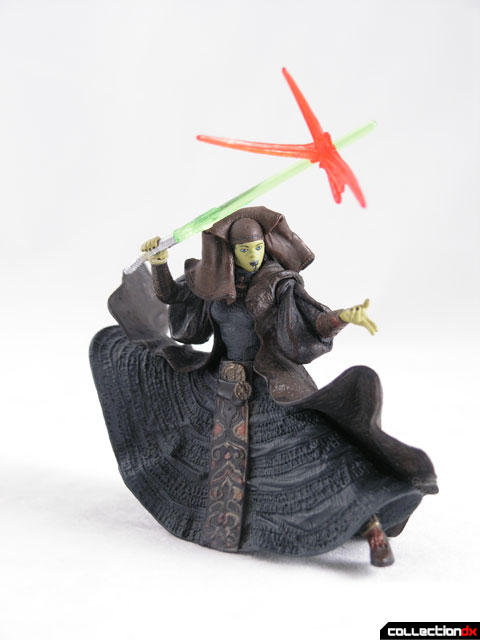 Included accessories are a lightsaber and a laser deflection bolt. This red translucent piece attaches to the blade of the lightsaber to replicate it deflecting a blaster shot. 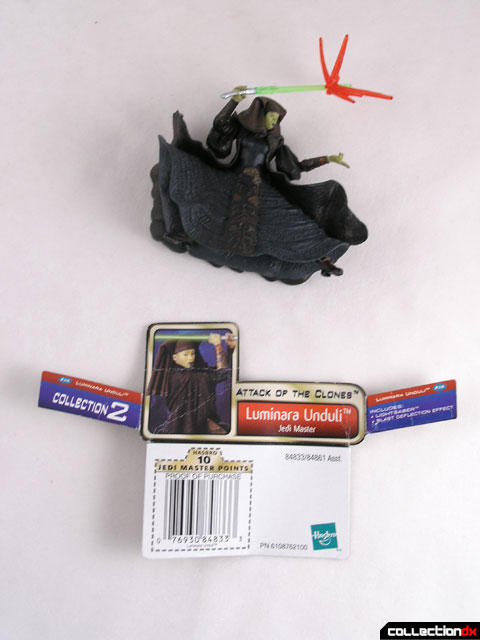 Star Wars figure collectors will undoubtedly already have Luminara Unduli in their collection. I suppose this review won’t matter to them, because she has likely never been taken out of the package. If you like to actually play with your figures, then you are going to be disappointed. 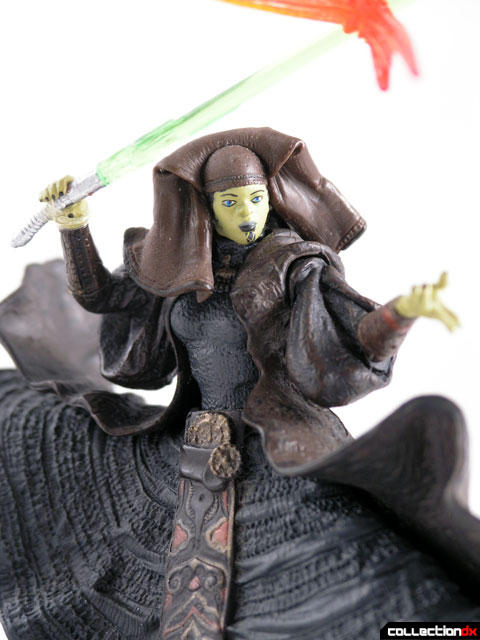