Luke Skywalker in Hoth Gear is another bulky early figure from the POTF2 line. 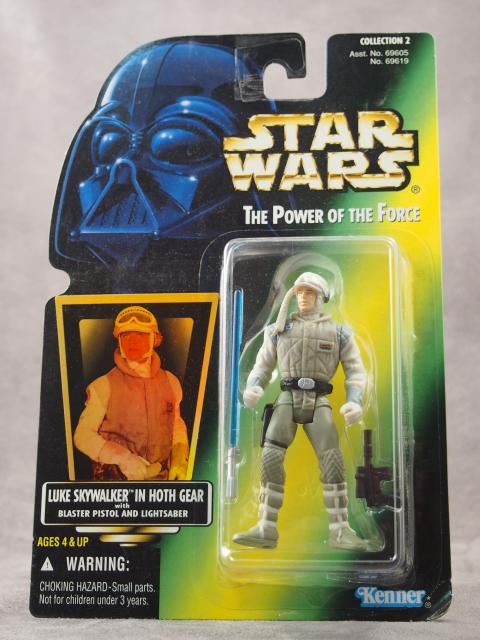 Foil sticker means it's a later issue, often marked with .01 at the end of the serial number. 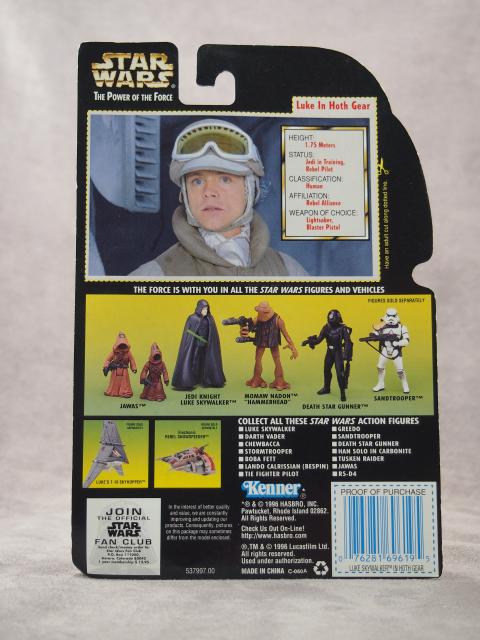 I get that Kenner was trying to reinvent the line to introduce them to a new generation, and I get that the 90s were EXTREME, but these didn't feel like Star Wars to me. Not only were the prorpotions wrong, but the FEEL of them were wrong. Star Wars was gritty, dirty and textured. The heroes weren't buff, they were normal people. I think these sculpts made them hard to identify with kids, but that certainly didn't keep them from selling a ton of them. That being said, it's not as aggressive as some of the other sculpts. The fabric that's supposed to be dangling from the head is over-sculpted and juts out ridiculously. 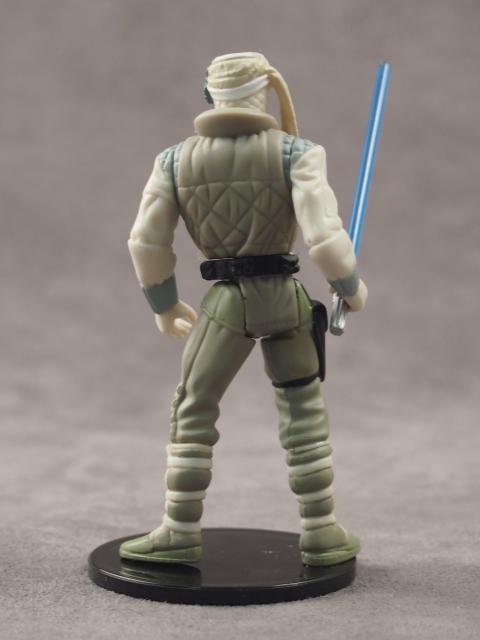 Comes with a blue lightsaber and a pistol.