BST AXN (Best Action?) is a toy line by a brand named The Loyal Subjects. They had previously had been producing designer toys and blind box figures before venturing into the world of articulated action figures. It's an interesting line, with an assortment of anime and pop-culture characters. Rather than do a whole line from a show, they pick one or two from each property and have a really random mix of characters in the line.

And what an odd line it is. They got into mass market retailers at a decent price point, and have far more articulation and accessories than you would normally expect for the price. The packaging seems to be aiming for the SHFiguarts / figma crowd at literally a fraction of the price. However, you know how the saying goes, "You get what you pay for." Let's dig in.

The Loyal Subjects BST AXN Aang is available at Fun.com!

The package is beautiful, with a good view of the figure and nice art. Sadly, Momo gets cut out and hidden behind the cardboard. 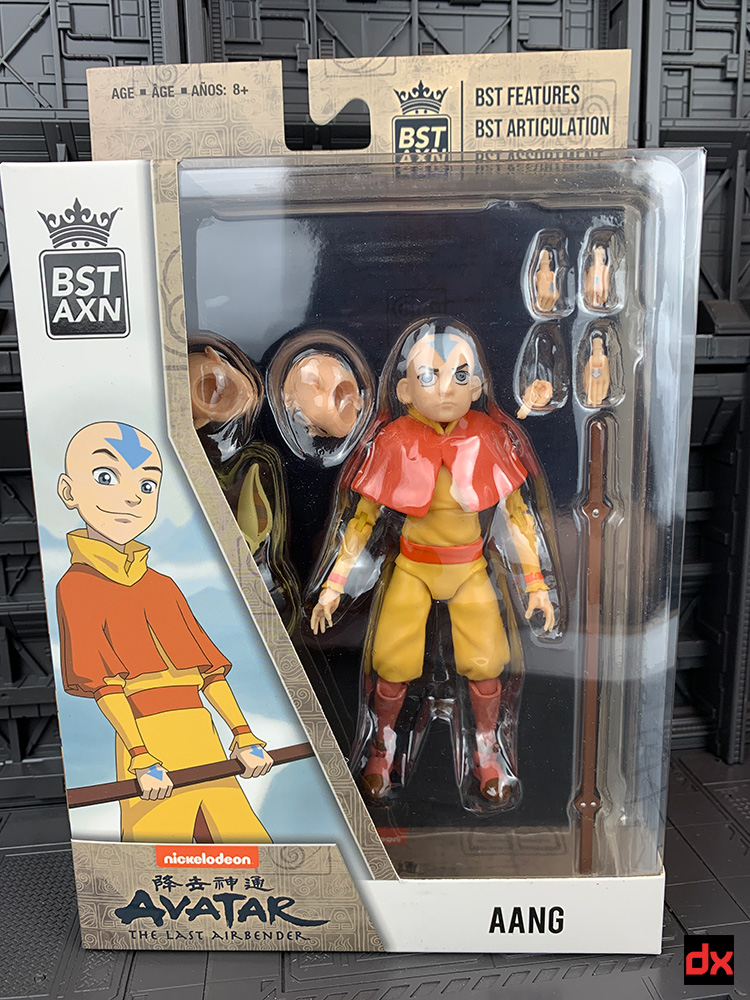 The back of the packaging proudly boasts 31 points of articulation (and even lists them!) and has a weird saying: "Get in the pit and play!". What is the pit? no idea. The accessories are shown - 6 hands, 3 heads, the staff and Momo. That's a lot of stuff. The hand selection is weird, not having two closed fists, but whatever. 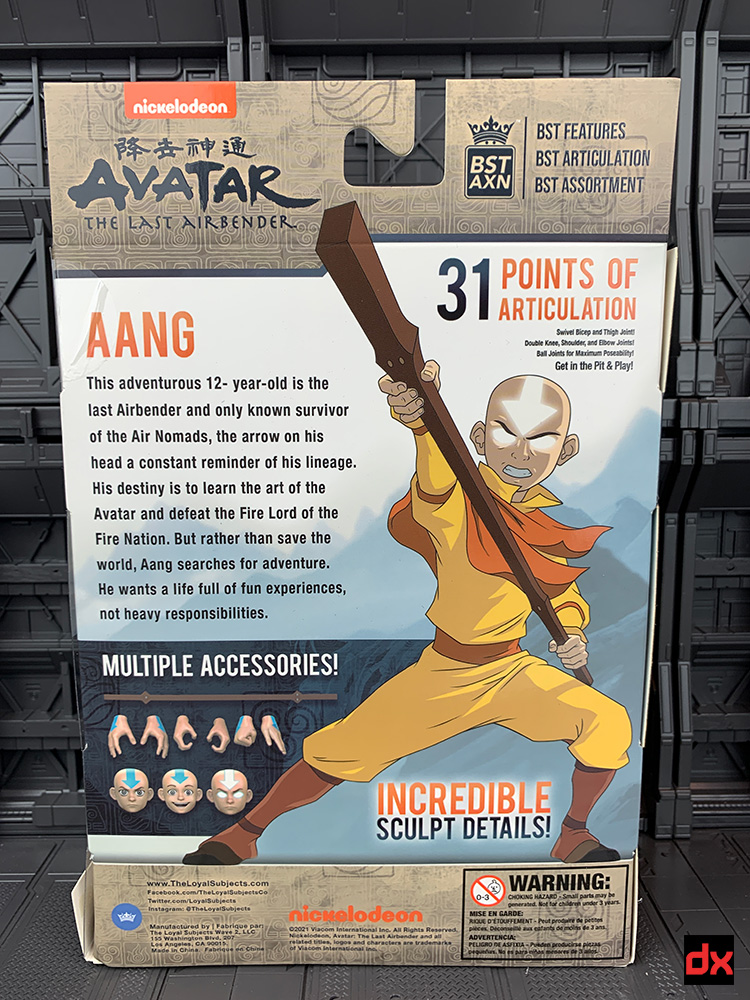 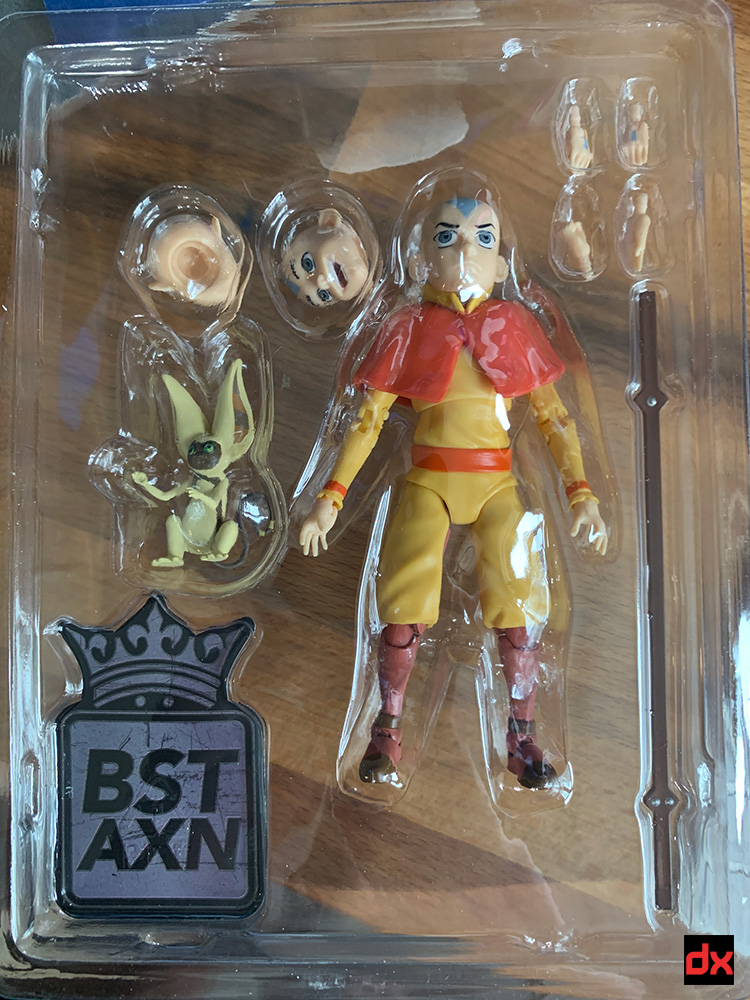 And here is the figure. Hmm. There's a lot to unpack here. 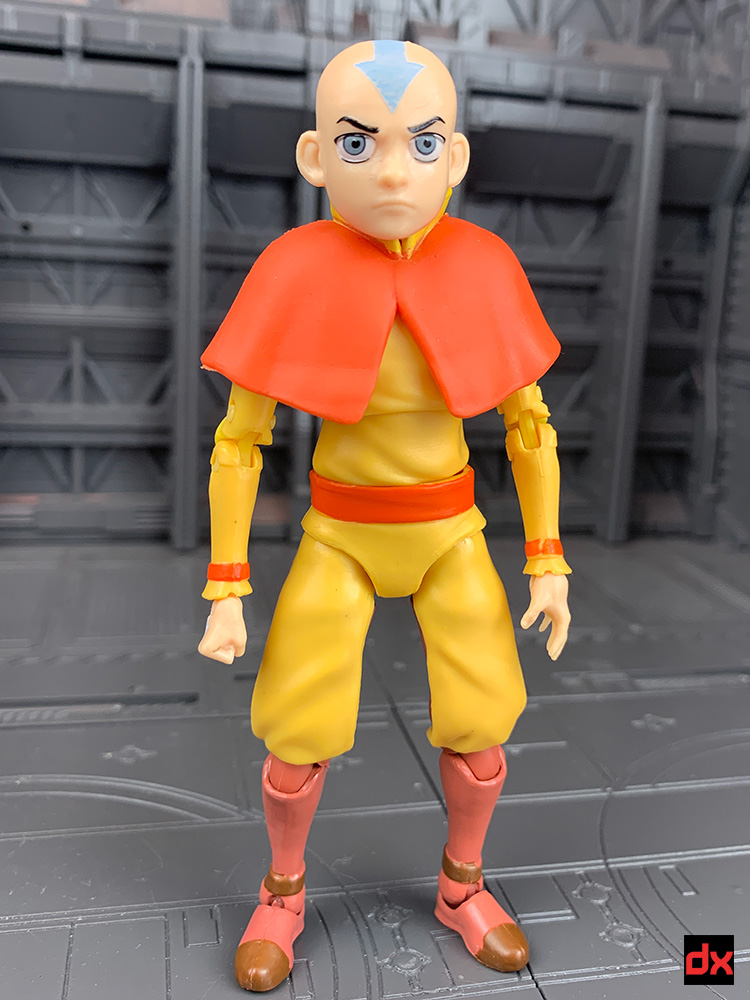 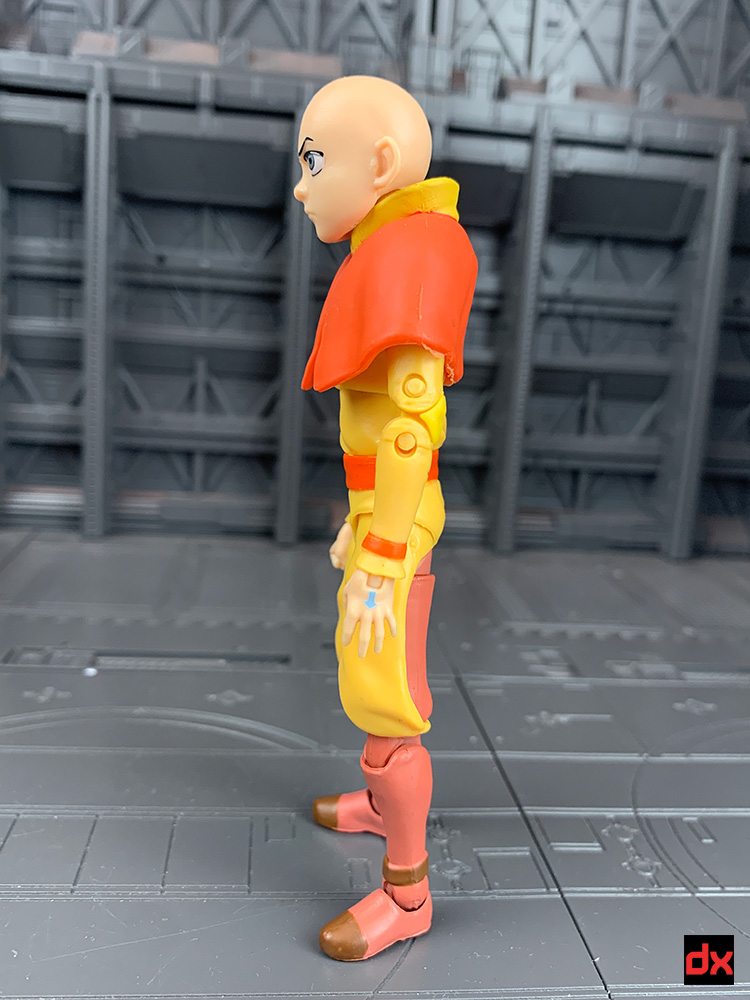 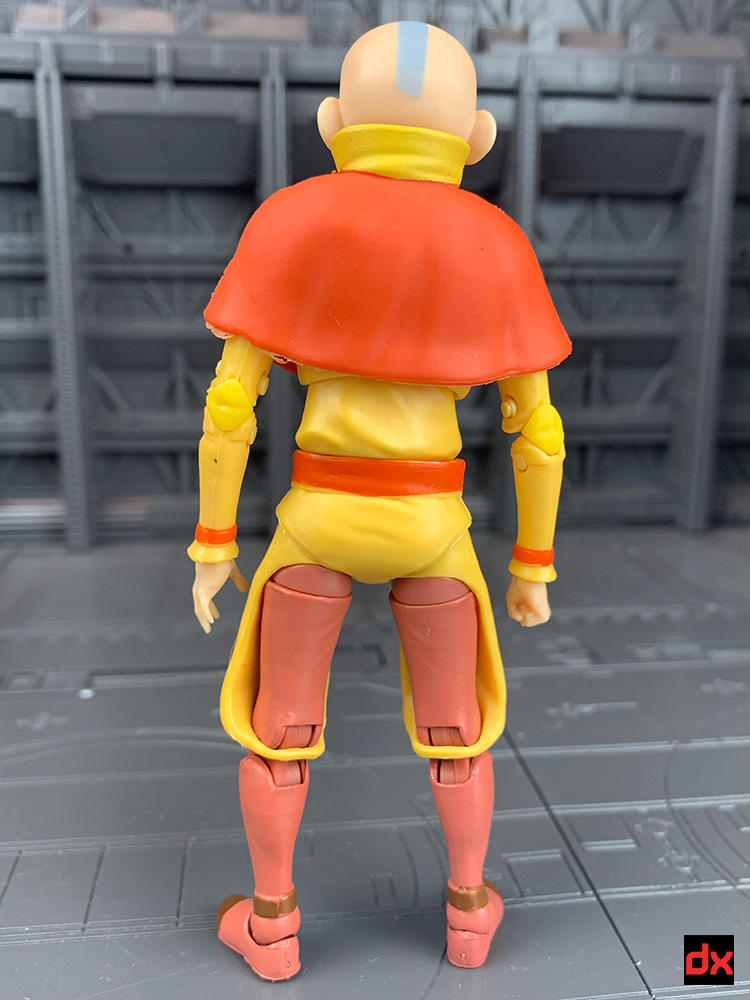 Overall the sculpt is good. But the cowl / cloak thing is too thick and made of a thick rubber and does not leave any room for the neck, nor does it flex like it should when you raise the arms, making Aang look like he has no neck. It's there, trust me. 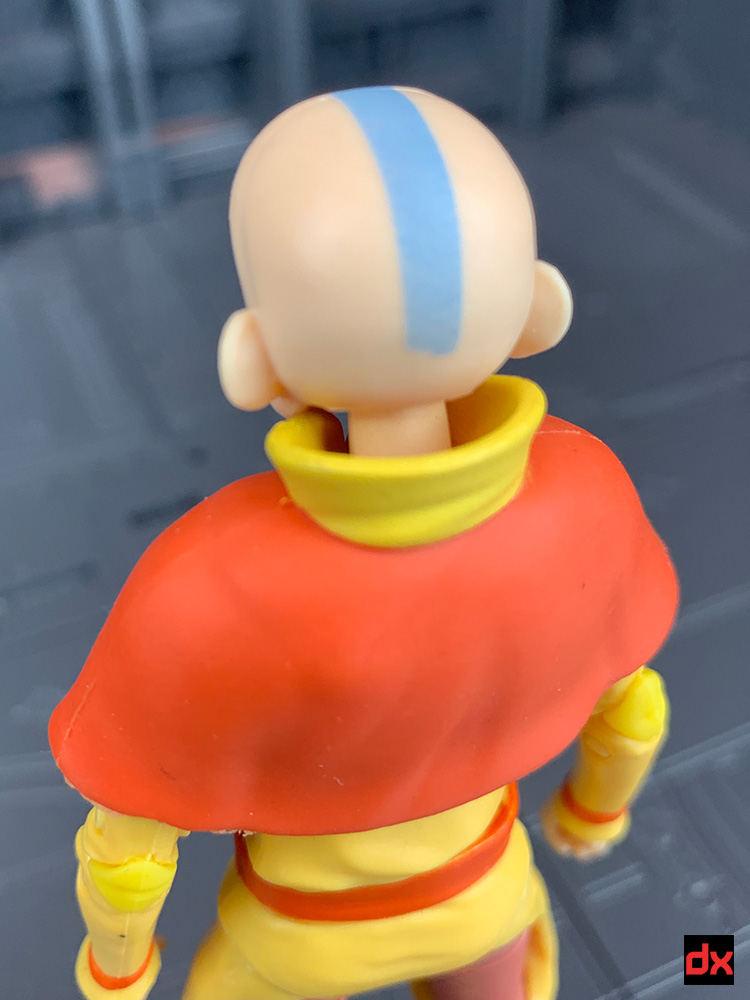 You can get a bit more out of it if you basically remove the head and replace it just enough so there is tension to hold it there. It's not great for play, but looks OK for display. 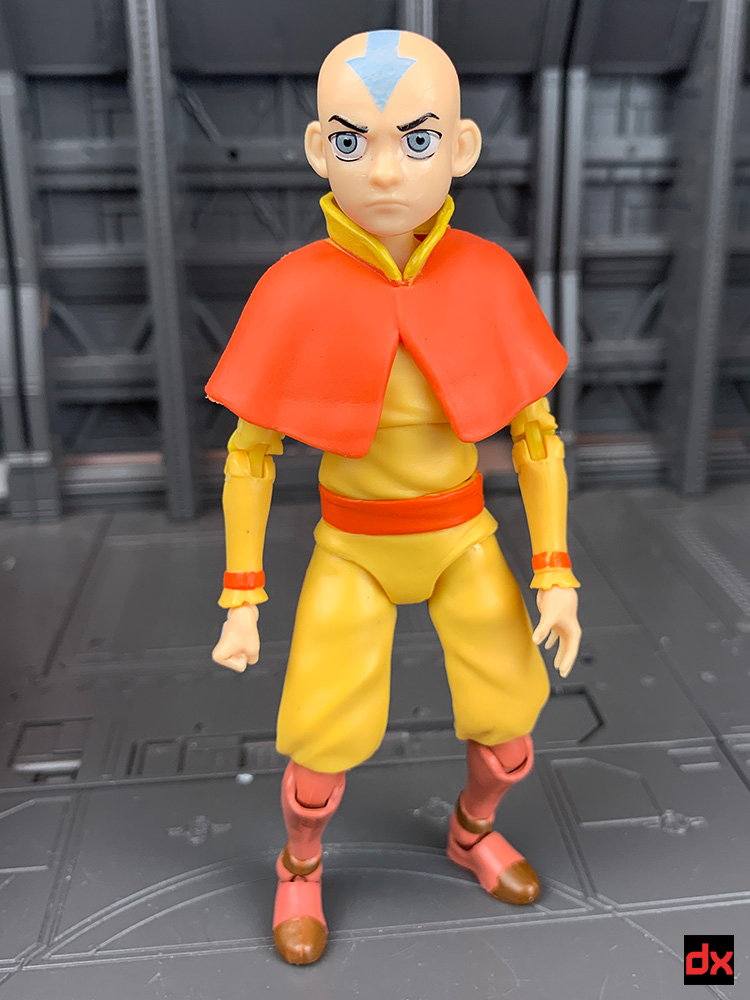 Articulation is good, and the sculpt is good. The heads are a little wonky. 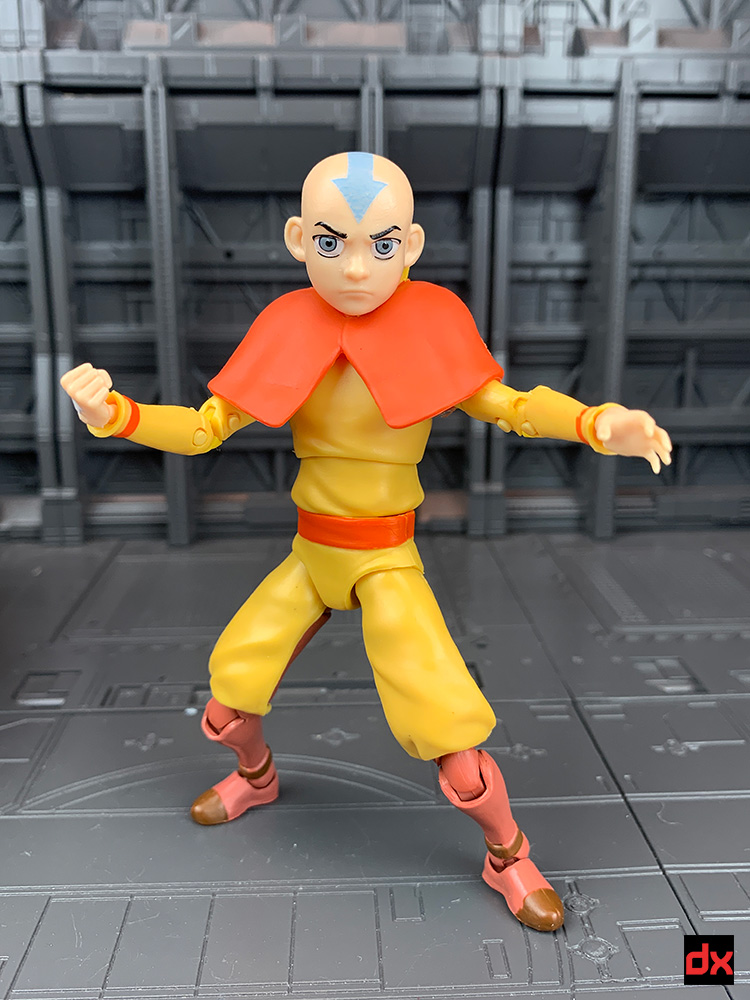 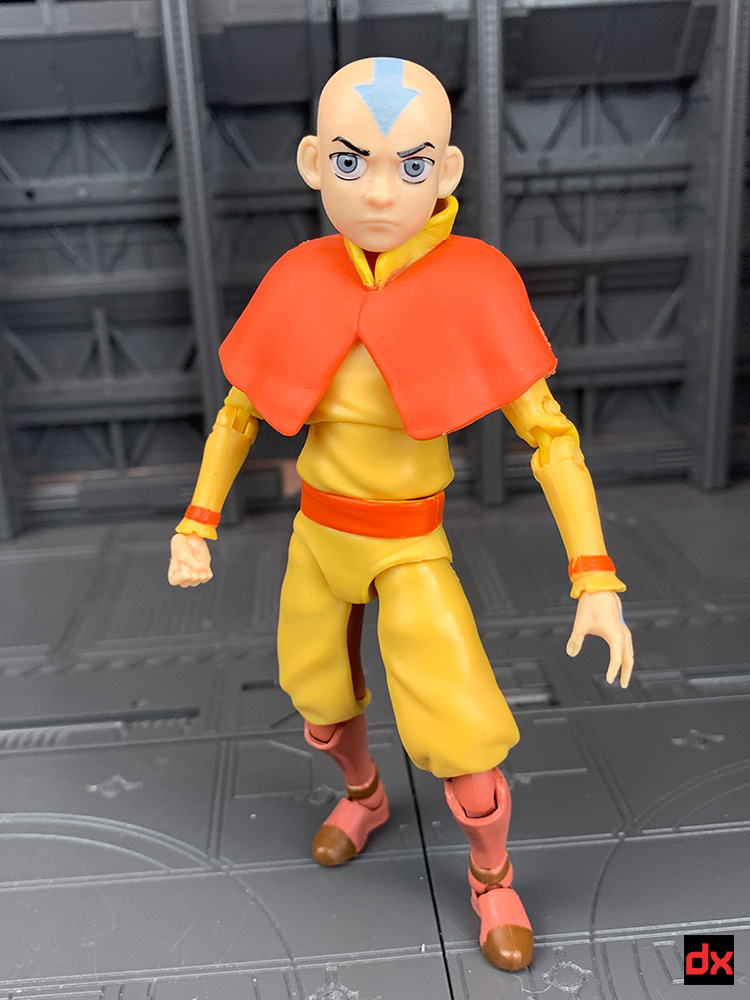 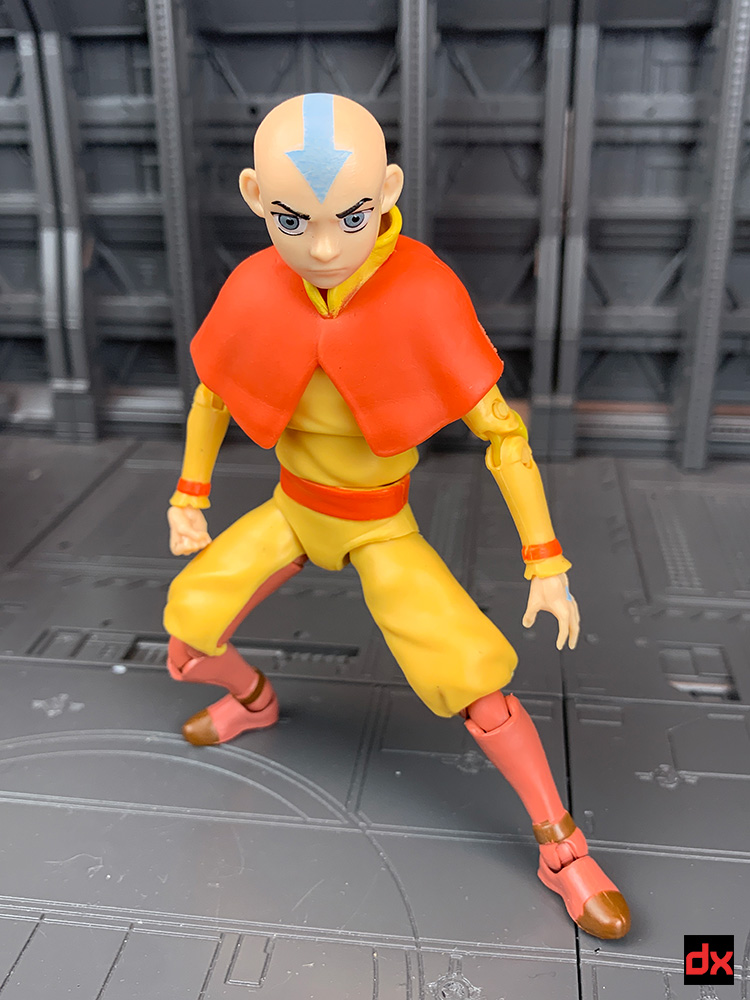 Variant hands. Note you only get one fist and one open hand. I think there's a pose that those are for. 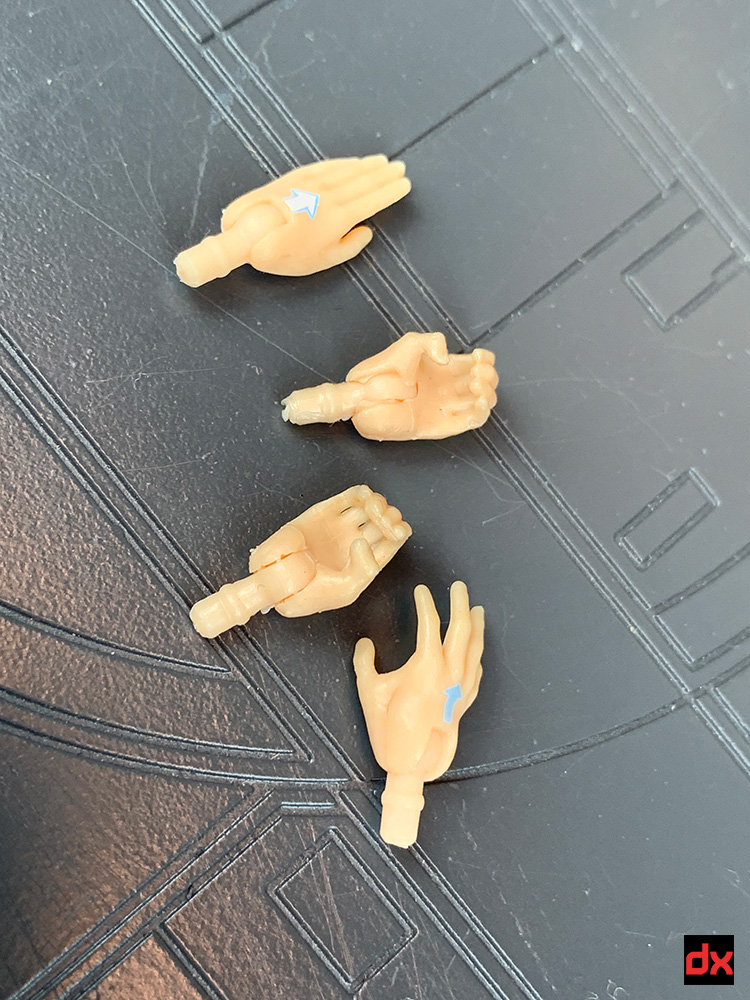 The staff is nice (it does not expand with wings). 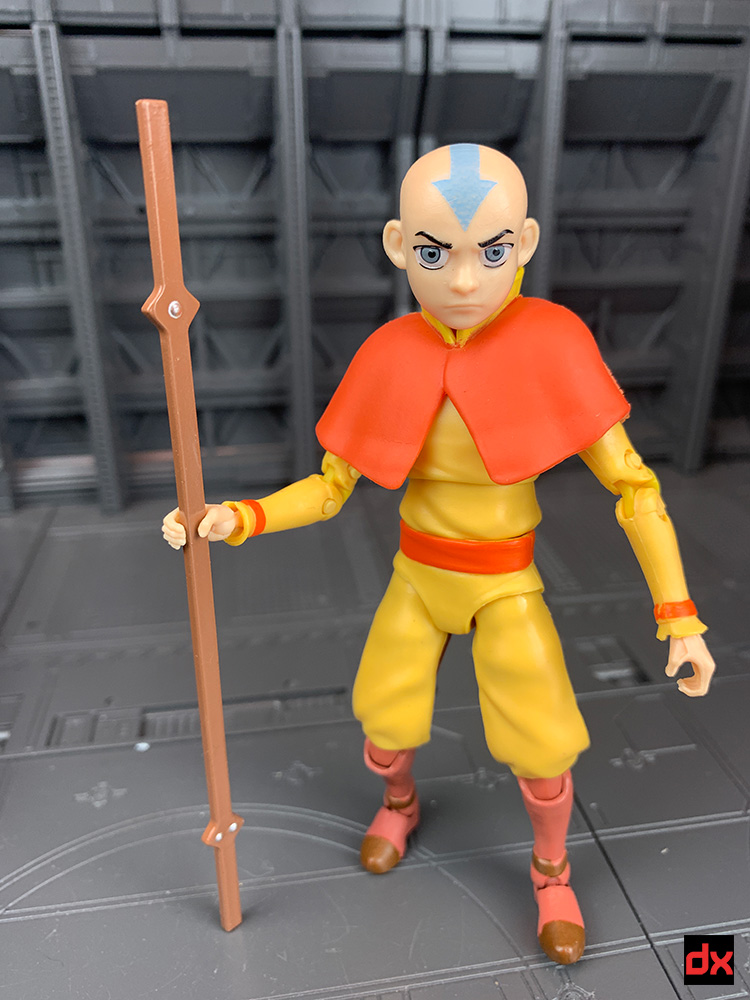 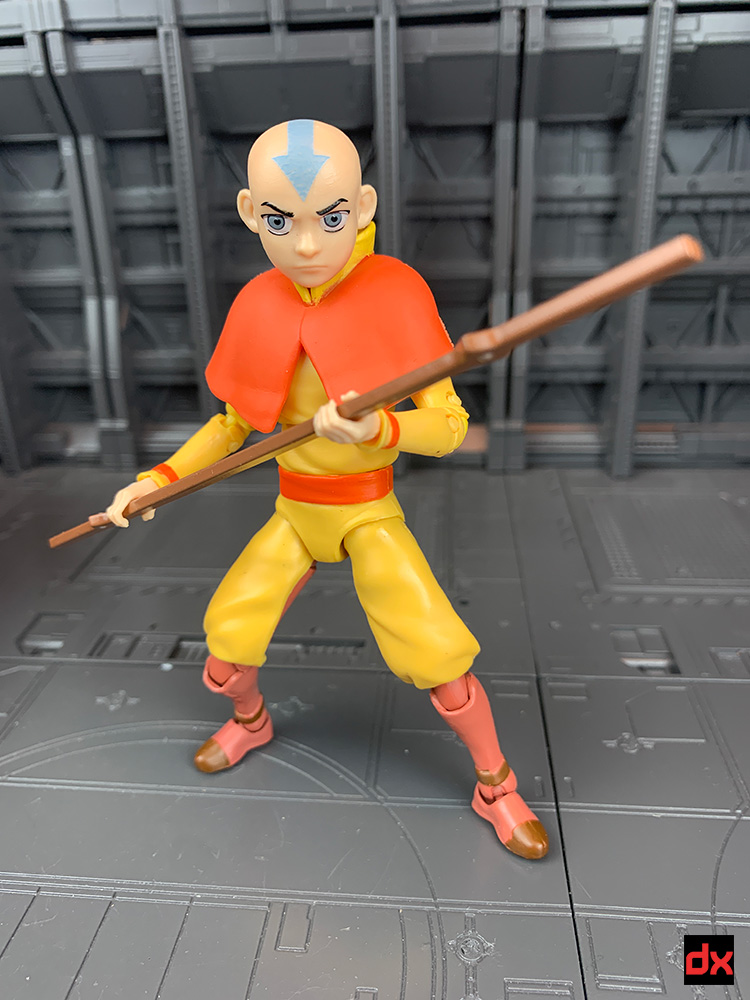 There are two extra heads. They are a bit tough to pull off, and you tend to pop the legs off when trying. 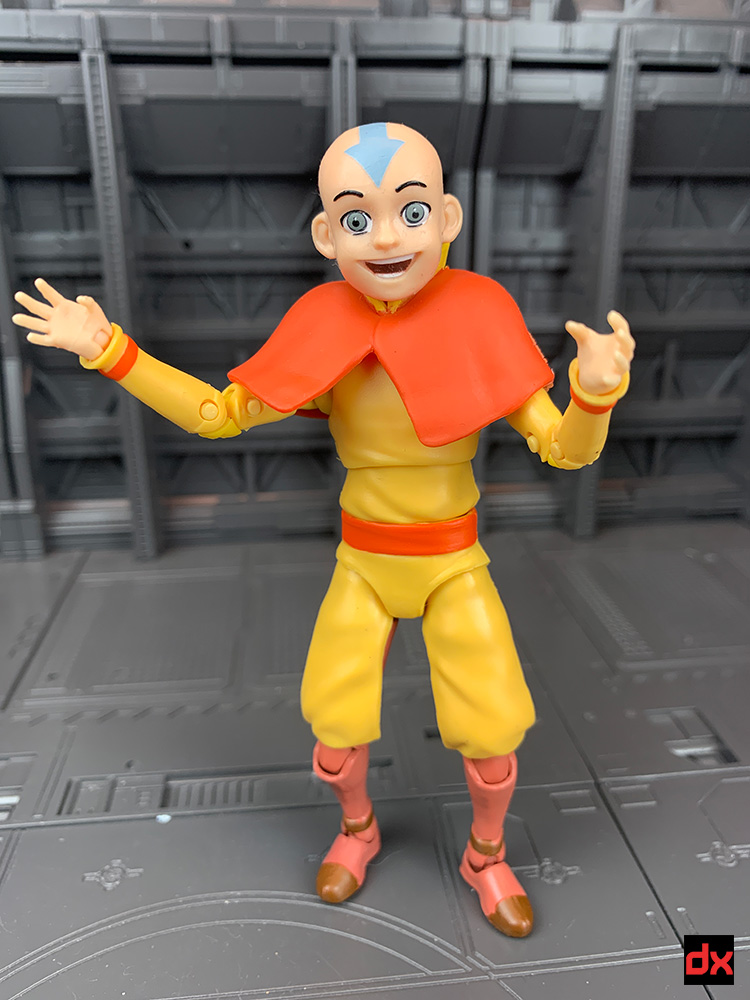 The mouth is weird on this one. 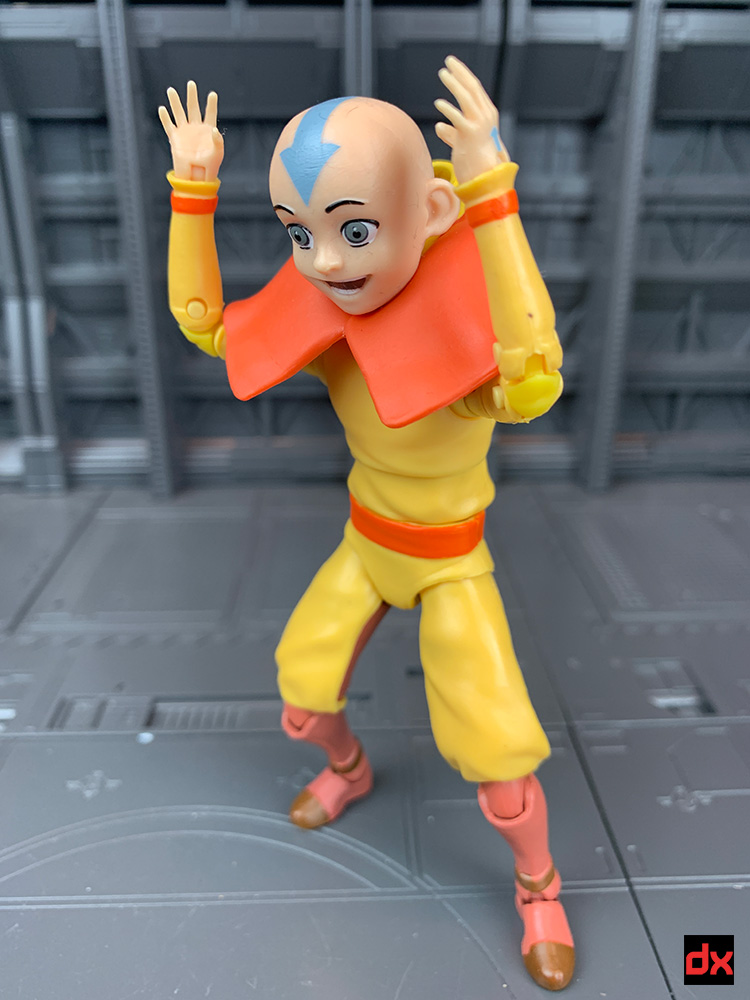 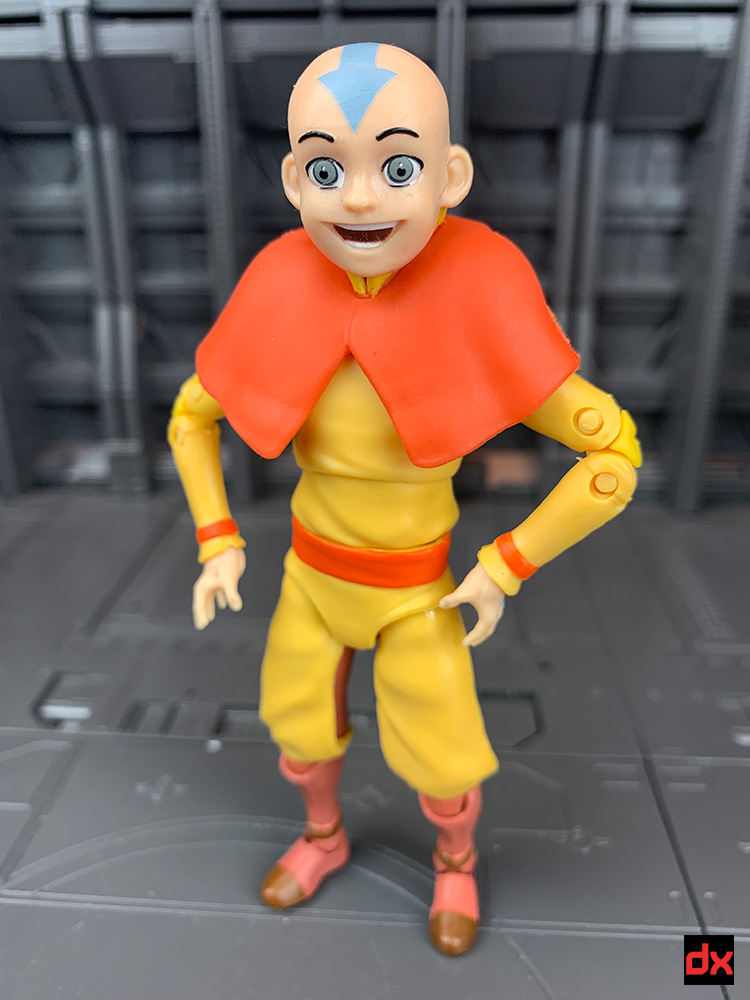 Finally you get an Avatar State head, my personal favorite. 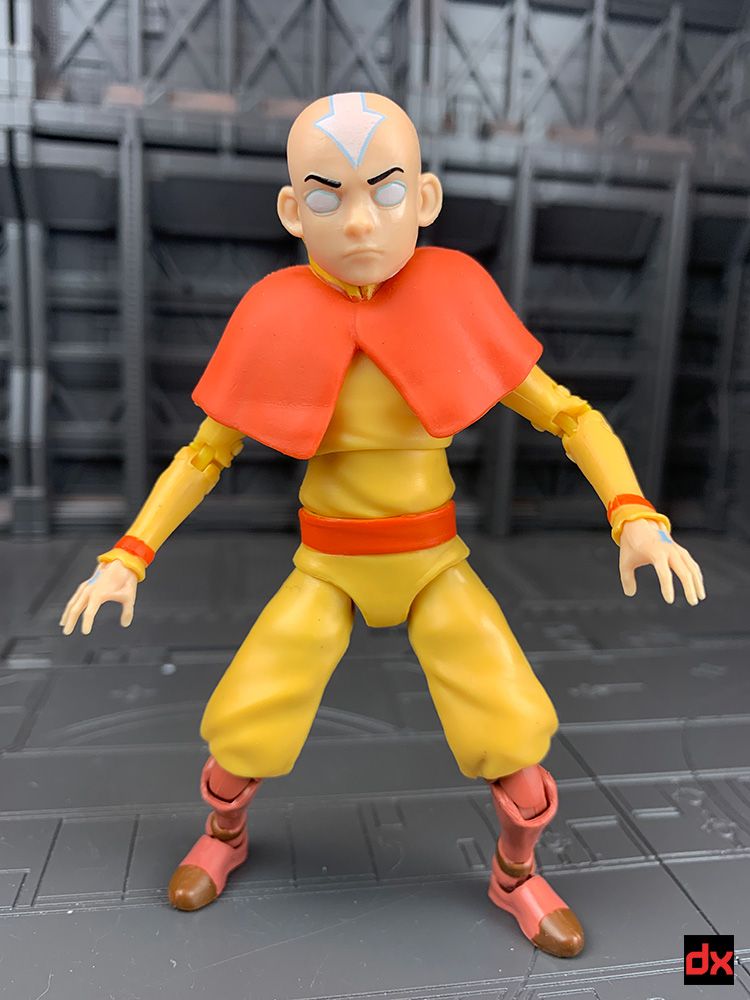 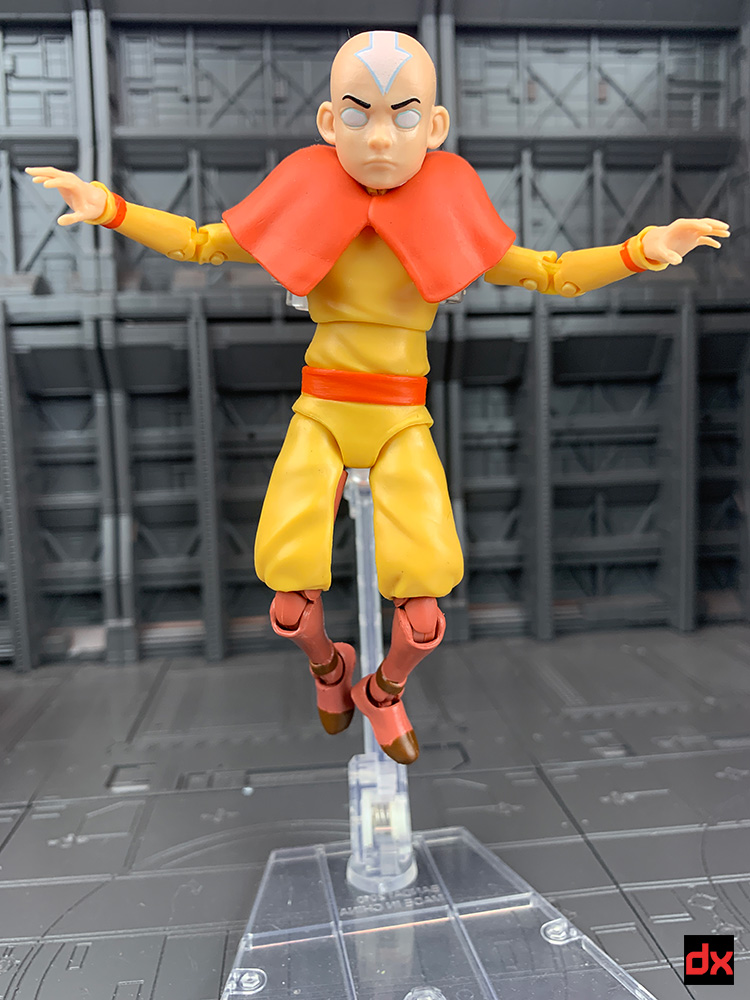 Also included is a little Momo figure. I once named a cat Momo. It ran away. 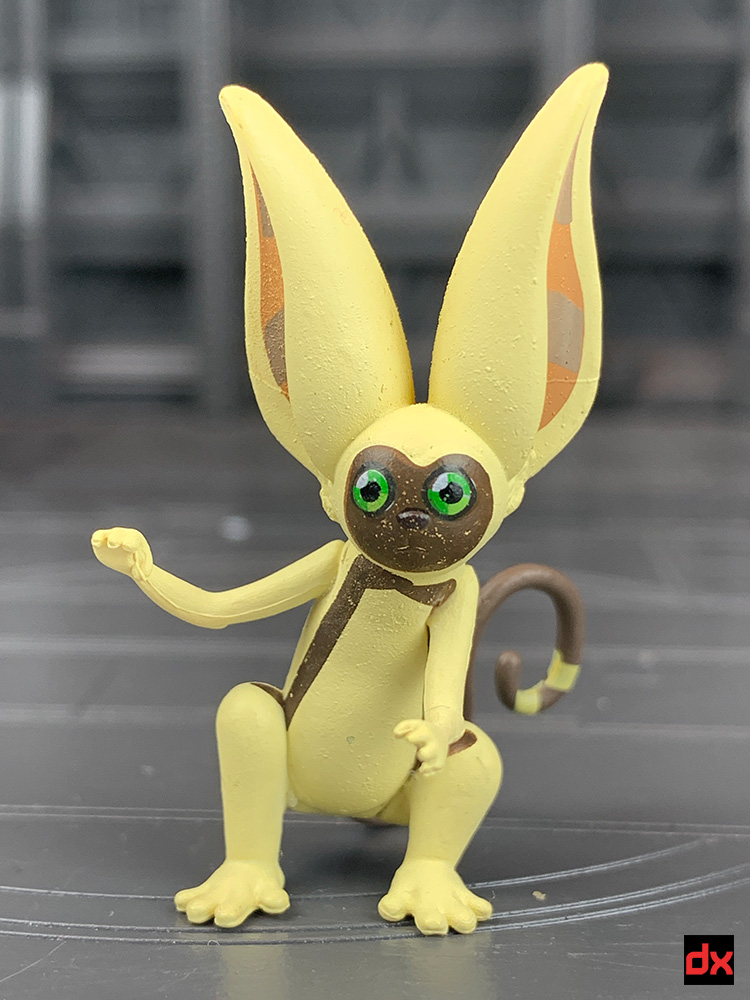 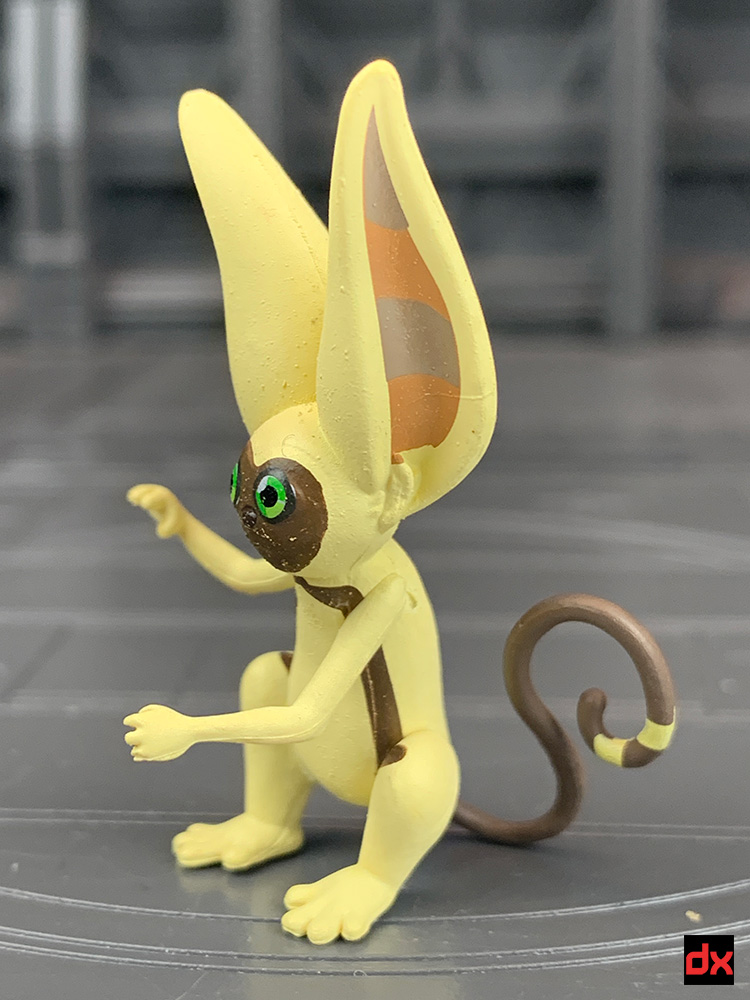 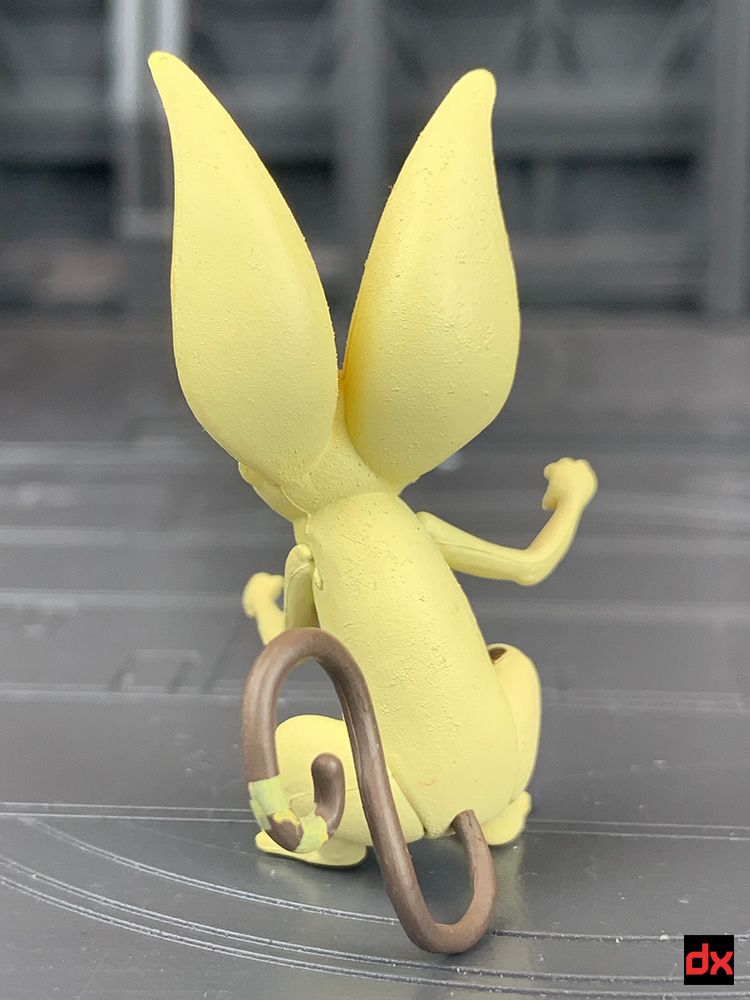 So far, so good. Overall I do like the figure, and I feel its a great value for the money. That being said, there are issues. There are a lot of issues with the fine details. A lot of imprecision that companies like Bandai and Hasbro get right because they have years of experience and invest in QC. This feels like Loyal Subjects are trying to punch above their weight class. And look, I get it, it's a lot cheaper than an import. For example, up close these joints are a mess. And look at the leftover flash on the rubber. 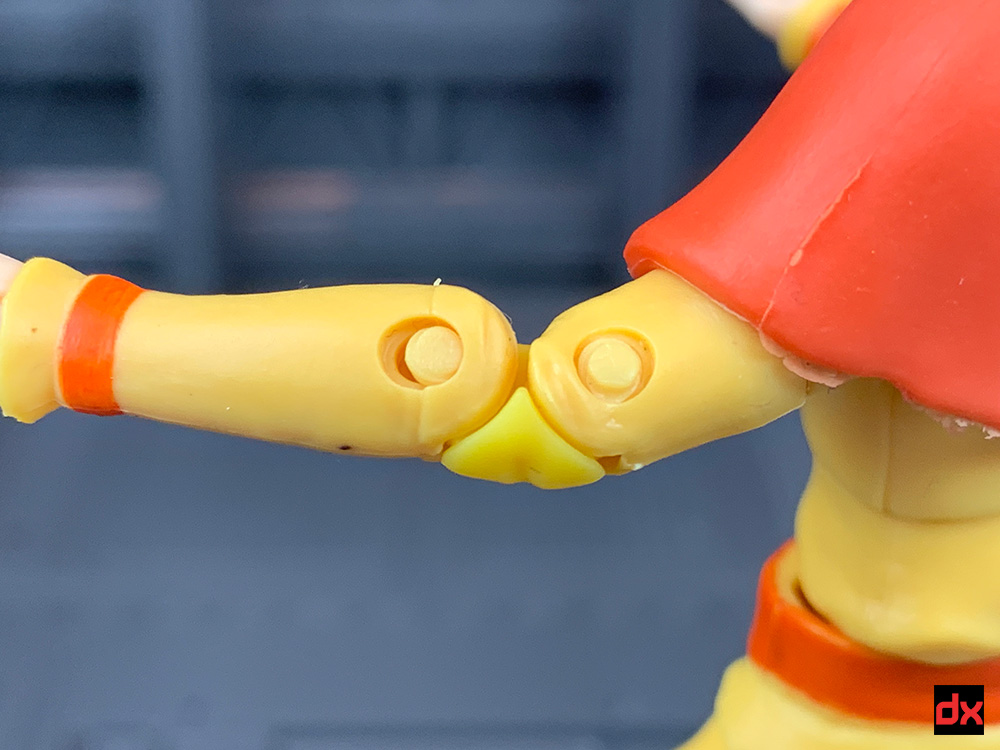 Check out this shoulder joint. Normally, when you see that extra joint where the chest is, it is there to allow for more forward motion of the chest. These do not move. at all. Granted, you don't see them when the cape is down, but why even engineer them? 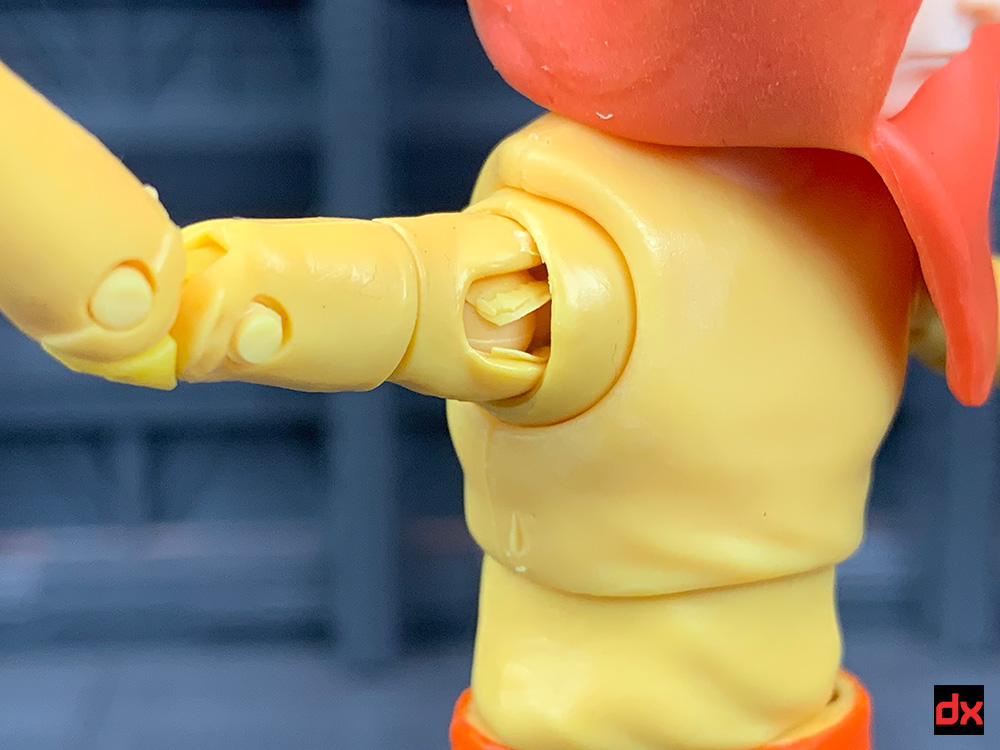 The legs pop off each time you try to remove the head. They do pop right back on, but just be aware. The hands can come out sort of easily as well. 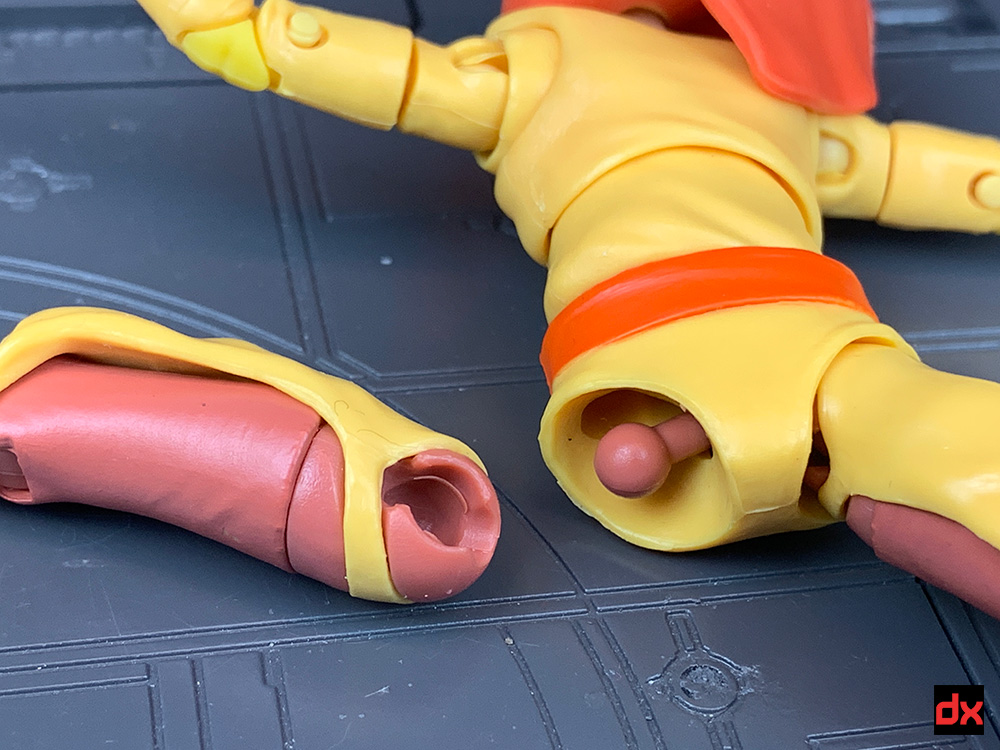 I guess what I am saying that the figure is good, but unrefined. The Loyal Subjects are new to this game, and at the price point it's a good value for the accessories and articulation. Just keep that in mind that you are not getting Bandai or Hasbro quality.

You can get your BST AXN Aang at Fun.com