Are you Ready2robot? I was not.

I had heard about these on facebook, but I had not been able to find one at my local walmart until recently. I know the blind box / mystery suprise thing is big amongst kids but could it be an actual cool toy? Well turns out the opening is the best part of the process.

As a warning, I will say that 99% of my enjoyment came out of not knowing what to expect when I opened the package. That being said, lets get into it.

The toy comes packed in a hexagonal cylinder, and is wrapped with two layers of plastic. Once you get it unwrapped you are presented with a pretty cool container. 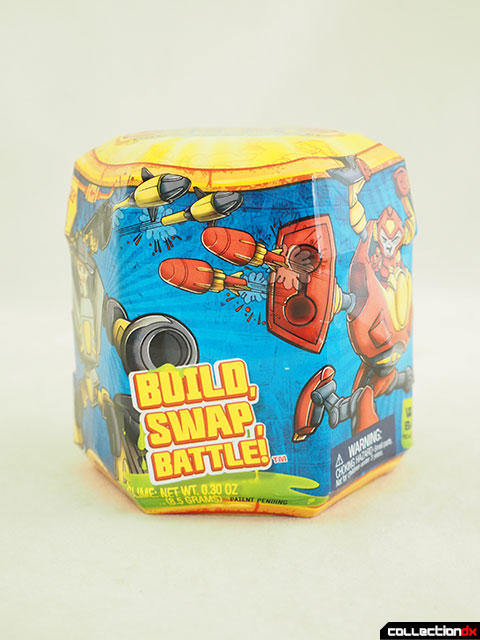 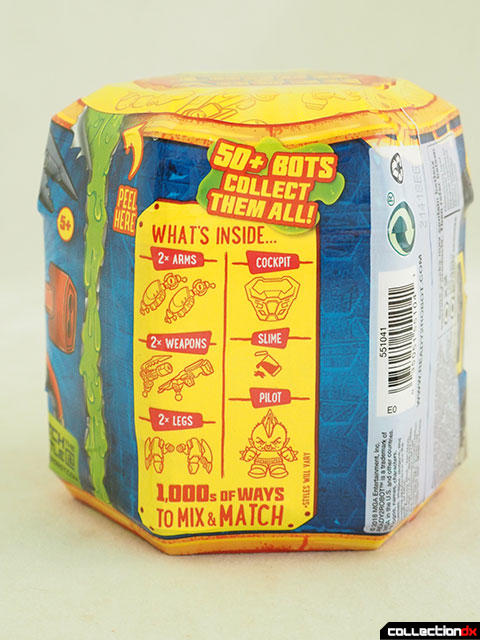 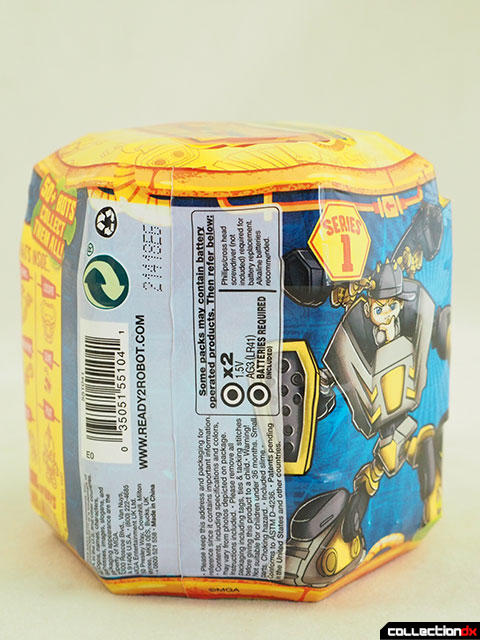 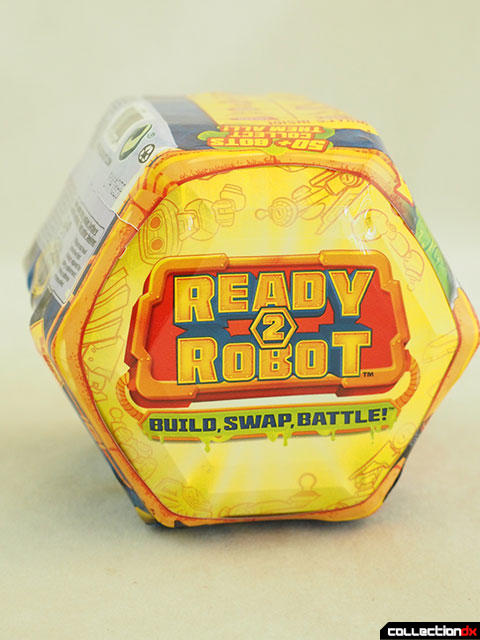 The box is constructed of four sections, and each is marked (01-04). There's a handy sticker to tell you where to start. This brings me to probably my favorite aspect of this toy. They really did a unique thing by creating a narrative around just simply acquiring and assembling the pieces. Steps are completed in order and instructions carefully guide you through the process. 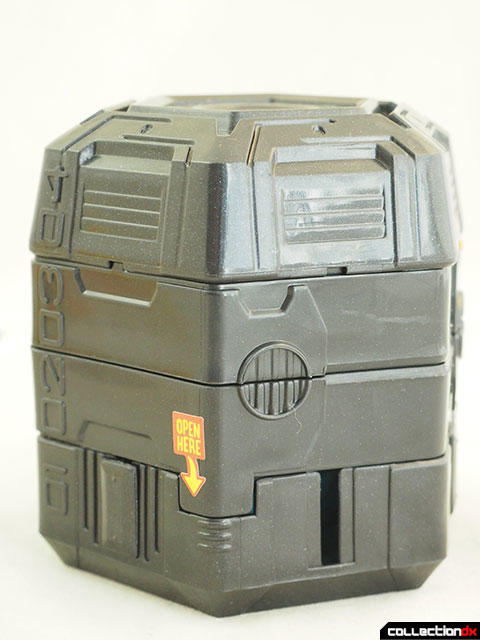 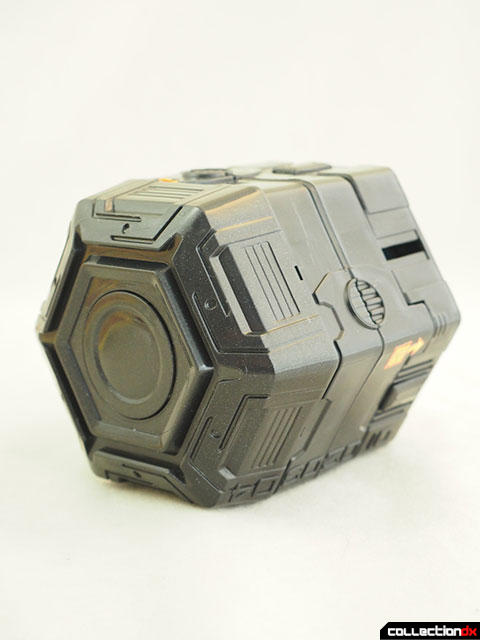 When you remove section 01 you get a bagged part. Open the bag and the first part you get is the torso. 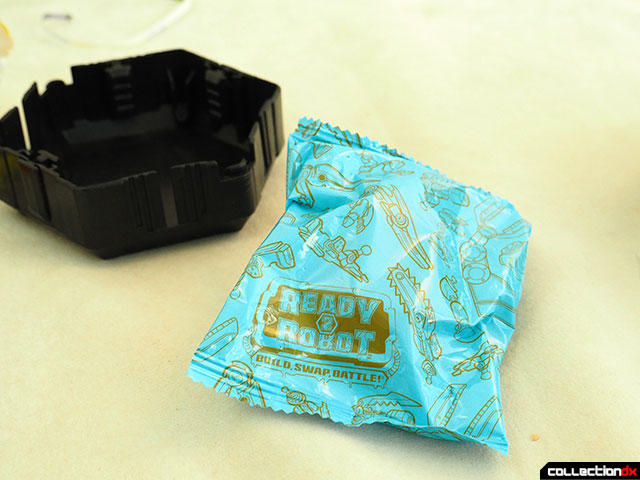 The next level contains different colored bags, and a hint at the future with the green circle. In here were the legs. At this point I realized that the parts in each set were not random - you are getting a cohesive figure in each set, and only when you have multiple sets can you mix and match. 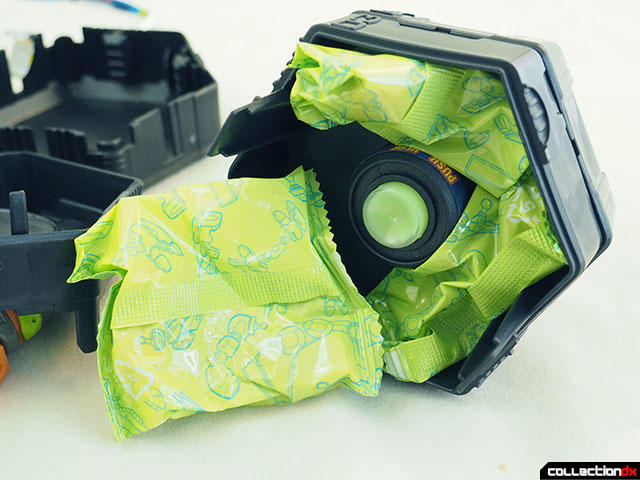 Next up is the orange bags, which contain arms and weapons. Once the bags are removed there are instructions to push against the green circle. Use enough force and a capsule pops out the other side. 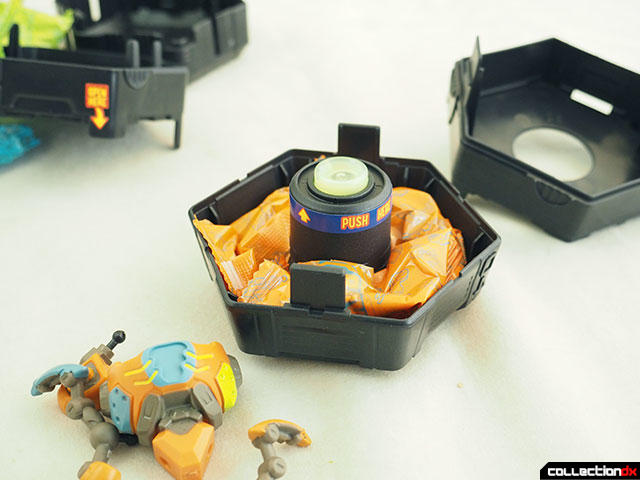 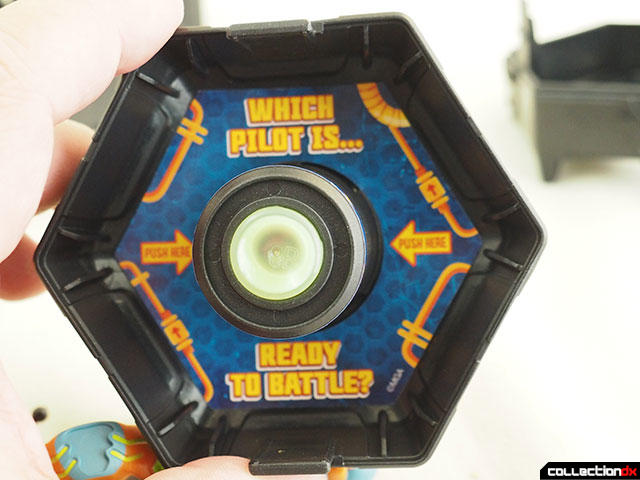 The capsule is full of green slime, but in that slime is your pilot figure. I'm not sure if the pilot figure is random, but my figure matches the mech. 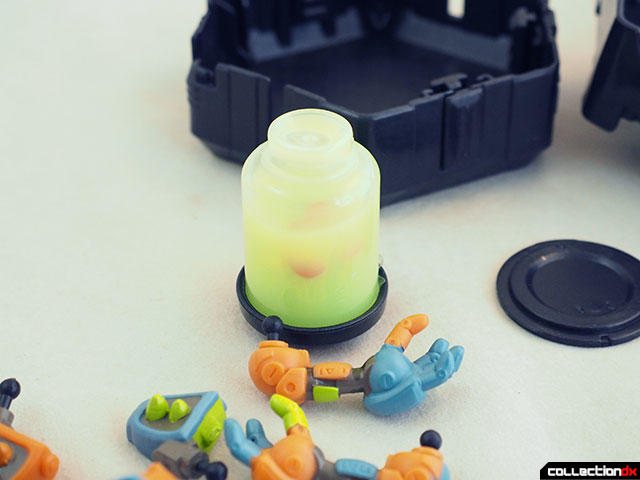 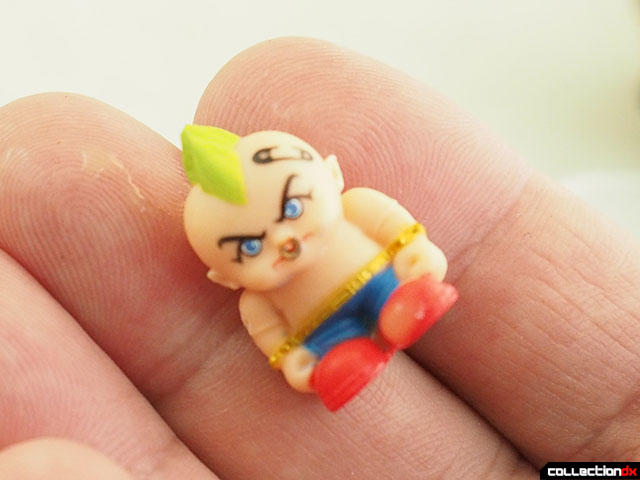 The resulting figure is tiny, with the pilot being only an inch tall. All of the parts pop in easily and each connection point is a joint also. 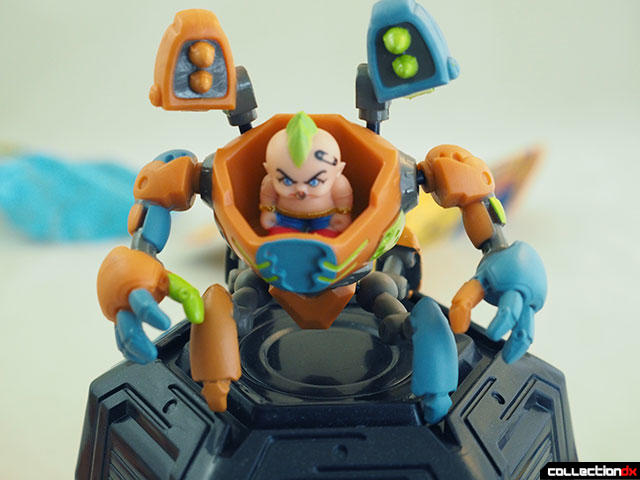 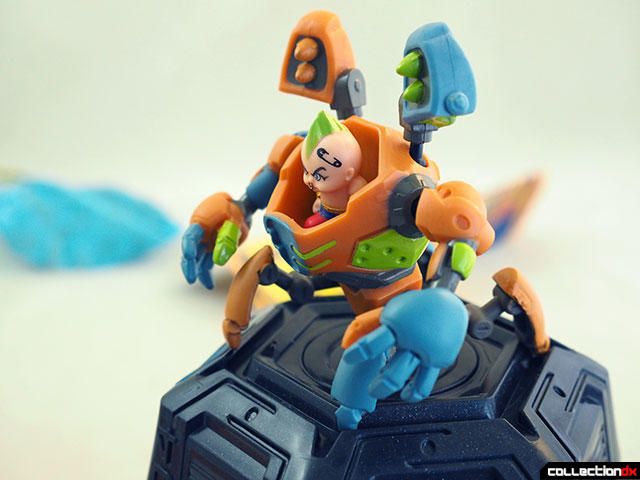 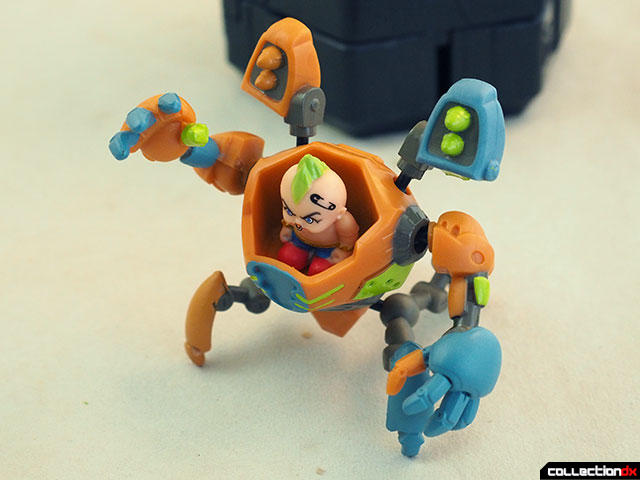 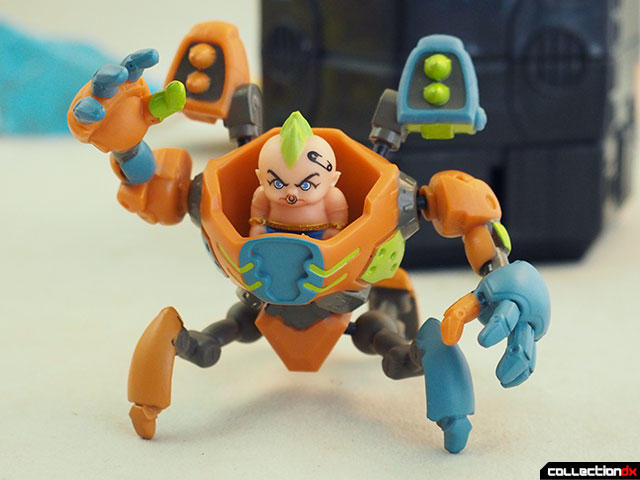 The back of the figure features connection points for parts from different sets. 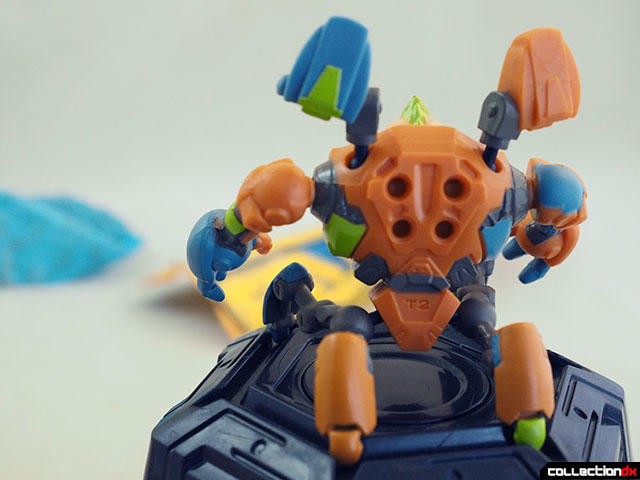 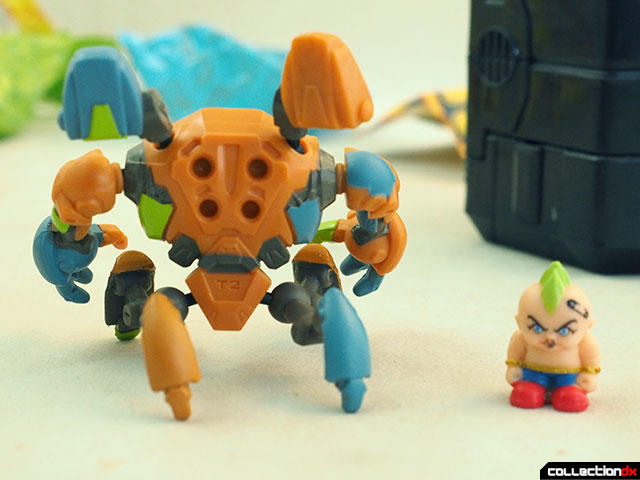 the toy itself is fine, but it's tiny at 2.5 inches tall, That and the pilot could have fit in a much smaller package for half the price. But then again, there is a lot to the experience that adds value. 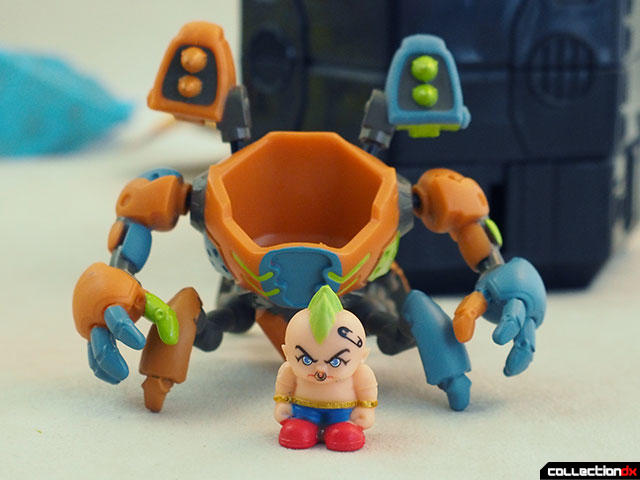 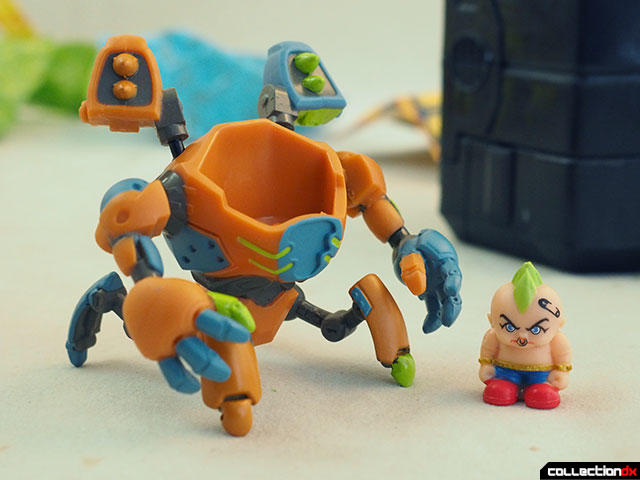 For the Christmas 2017 season, MGA had a HUGE hit with their LOL Suprise toys, and it makes sense for them to try a similar play pattern for boys. I have to admit, it's a lot of fun.

For my video, I am mixing two trends together - I am doing an unboxing video, and I'm mixing it with ASMR - rather unsuccessfully. I don't understand kids anymore. Don't judge me.

Very cool. Immediately made me think of baby commando from Captain Commando.