Get yours at Entertainment Earth!

Lord Zedd is one of the main villains in MMPR. First introduced as a fearsome replacement for Rita Repulsa, the character later becomes the comical hubby of Rita.

Along with the Red Ranger and Pink Ranger, Lord Zedd has been added to the Tamashii Buddies line. 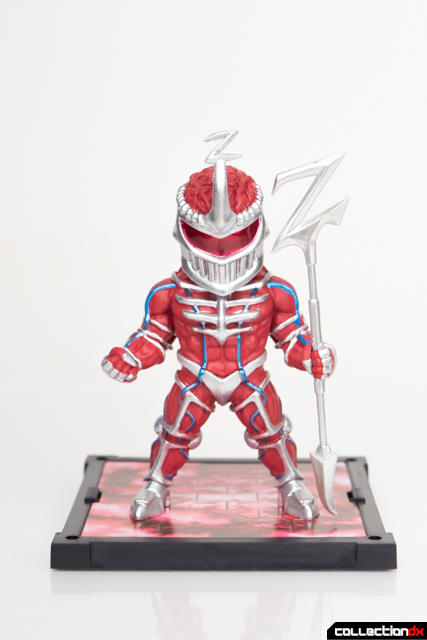 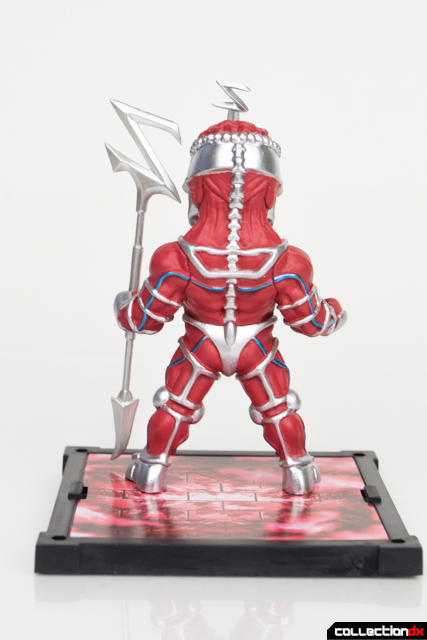 The 3 ½ Inch Emperor of Evil has a nice sculpt and paint job, just like the Rangers. But out of the three MMPR Tamashii Buddies figure,  I like Zedd the best. Due to the nature of the character’s design, it has more details in the sculpt. He is a frightening mix of muscles, metal and brains. 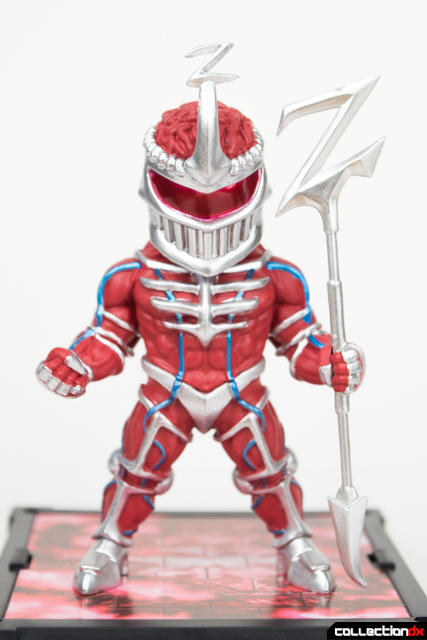 Bandai did a great job at super deforming Lord Zedd, while keeping much of the details of his design. His visor even has a nice metallic red paint job. 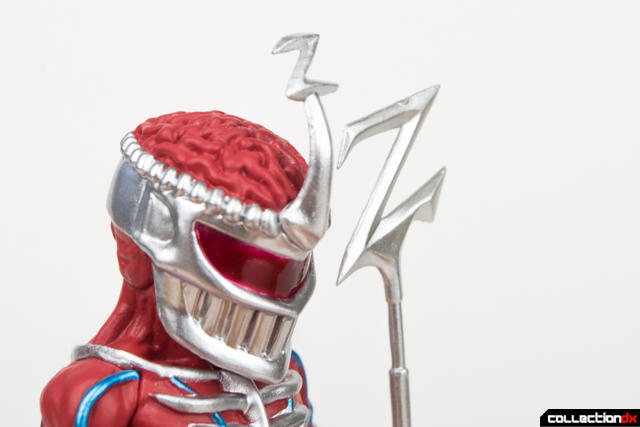 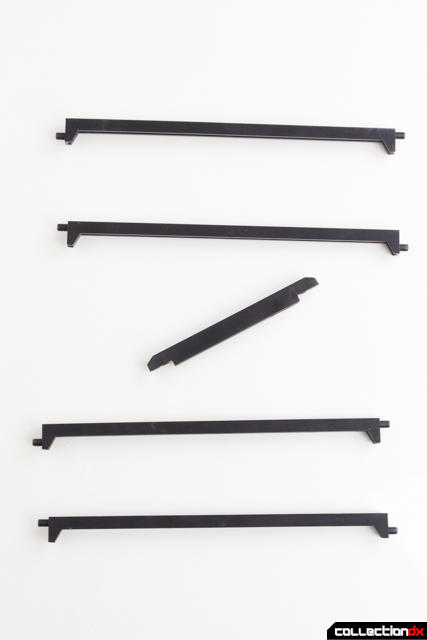 You can use three pieces of the plastic frames to secure the backdrop to the rear of the figure.   The backdrop for Lord Zedd is the “Z” that brands all things Lord Zedd: his helmet, his staff, his Putties, etc. 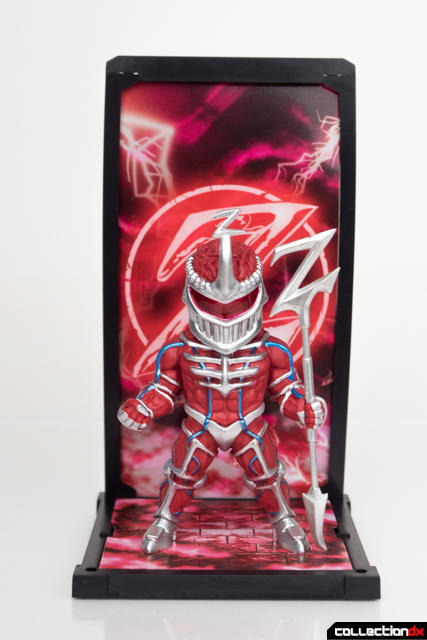 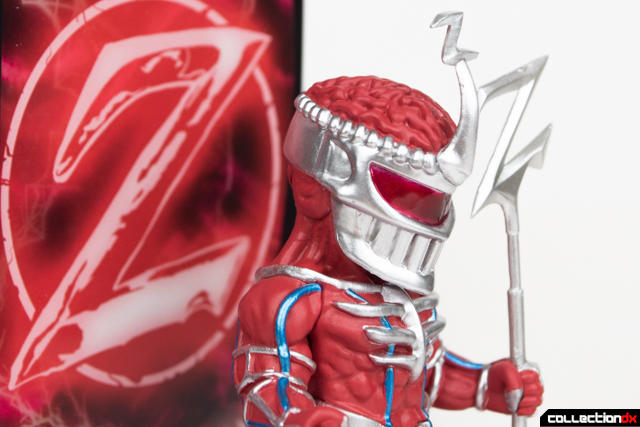 You can also use the four longer frame pieces to support another Tamashii Buddy above the first. 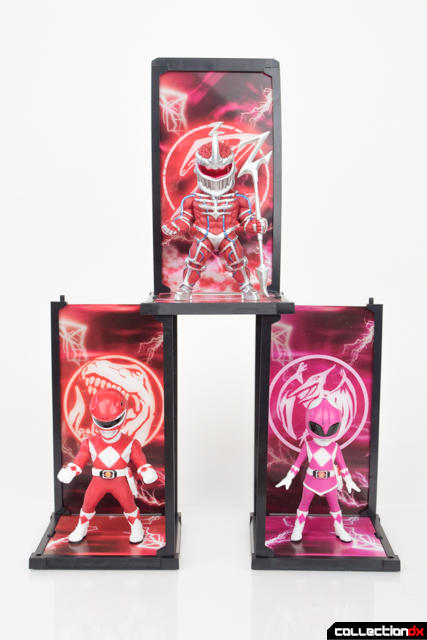 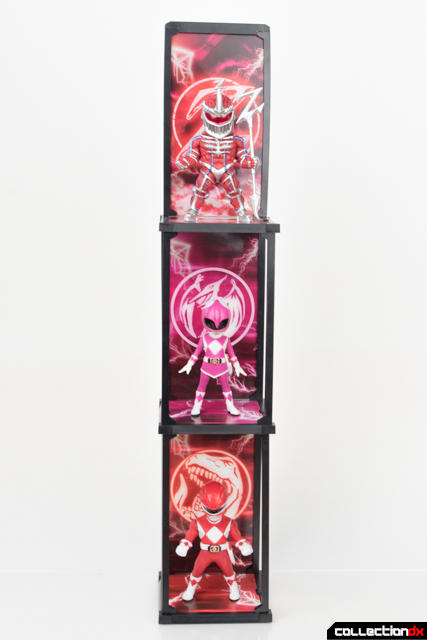 The frames keep the Tamashii Buddies together rather well.  If you get a bunch Tamashii buddies, you can probably build a large structure that can stand tall without having to worry about the structural integrity of your masterpiece.

The MMPR Tamashii Buddies offerings have been pretty solid so far, with Lord Zedd taking top marks in my book. He showcases the amount of detail the Bandai can put into these sculpts. 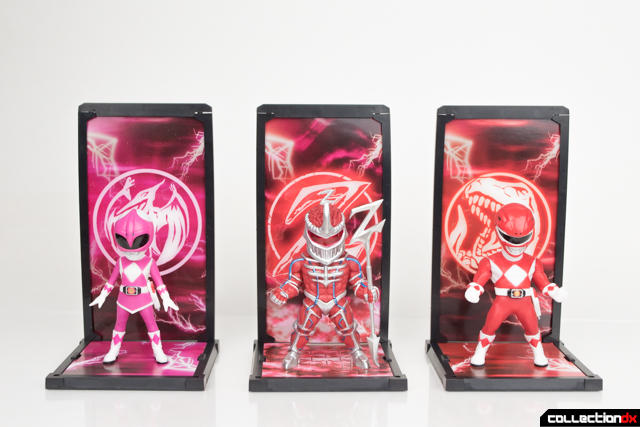 Get yours at Entertainment Earth!