Loki is one of those characters that needs no introduction. You'd have to have been living under a rock to not have heard of him. Tom Hiddleston's portrayal of Loki has been one of the highlights of all of the Marvel cinematic universe.

Today we'll be looking at the S.H. Figuarts version of the character. Figuarts are of course Bandai's high-end action figure line, with exquisite details, superior articulation, and best-in-class facial sculpts.

S.H.Figuarts Loki was provided by Fun.com - Get yours here!

Loki comes in a compact box with great artwork and a window that lets you get a good look at the figure. Inside he rests in a plastic tray with all his accessories. 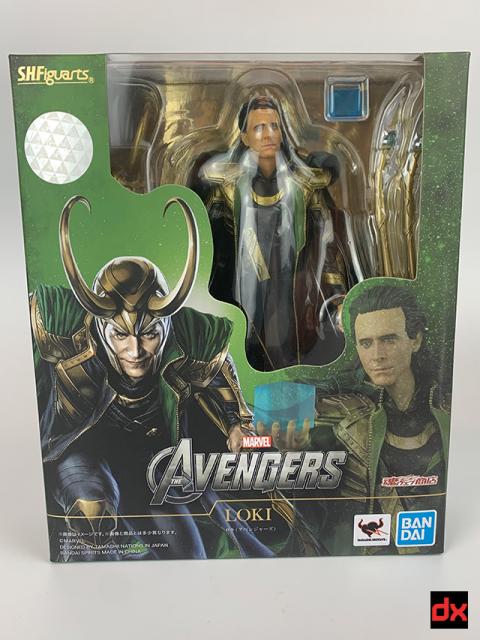 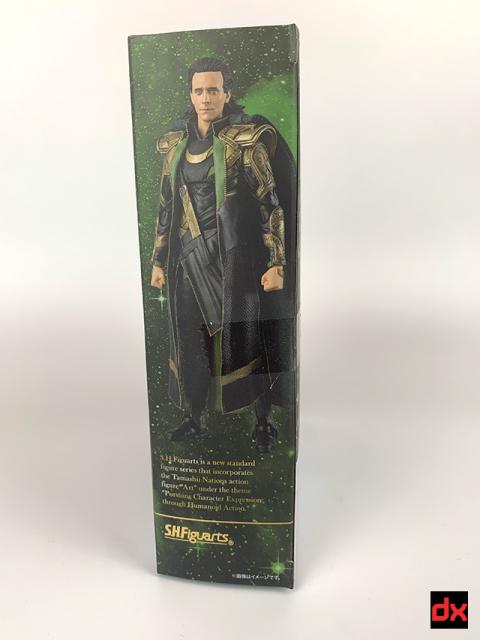 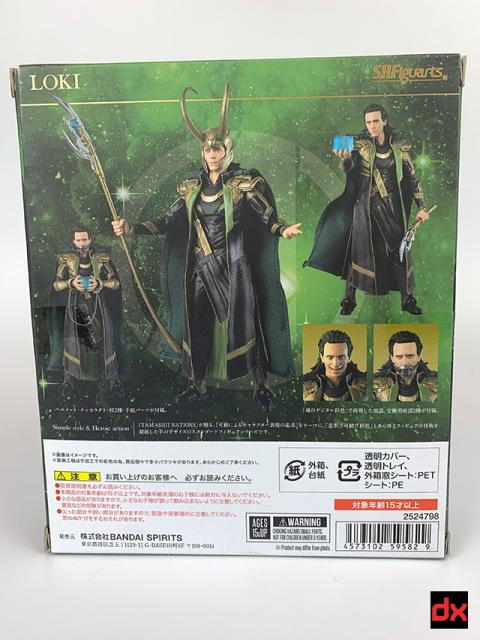 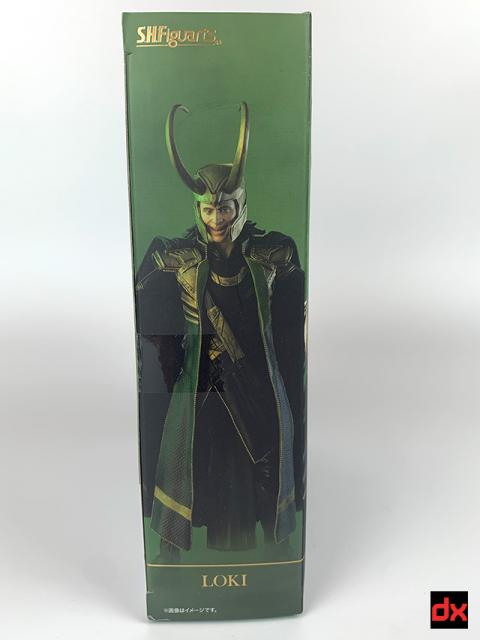 My first impression of the figure is just how gorgeous the thing is. The level of detail is astounding for a figure of it's size. I've owned many Figuarts before, and they never fail to impress with their level of detail. 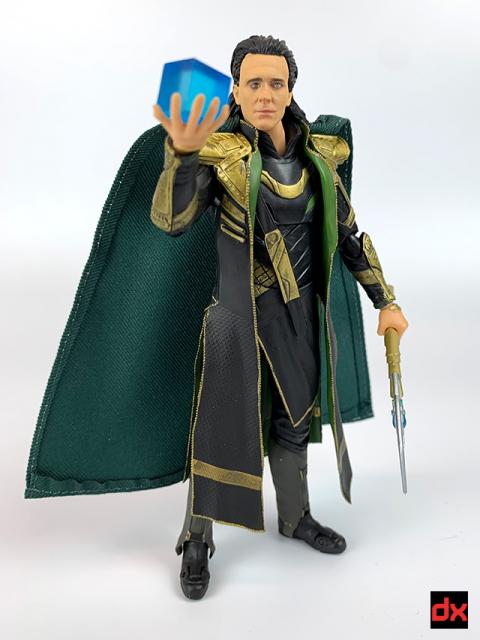 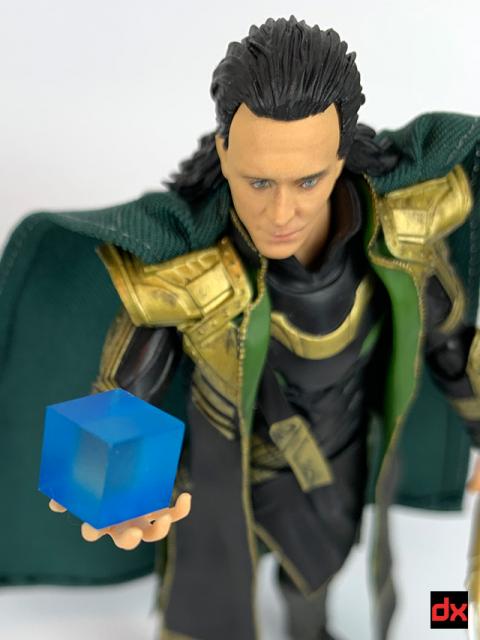 There are some issues with the articulation. The torso is a bit limited by a strap that runs from the chest to the waist, and the arms lack swivel biceps or elbows. But the big issue is the ankles having a limited range of motion. There's no ankle rocker and the back and forth motion is limited. For some reason they did include a toe joint, which is kind of worthless with this kind of figure.

Loki includes a bunch of accessories including:

The three faces are a neutral face, a smiling face, and a muzzled face.

The heads dissasemble to replace the faces. The helmeted version is my favorite, but the range of motion is limited with it on. 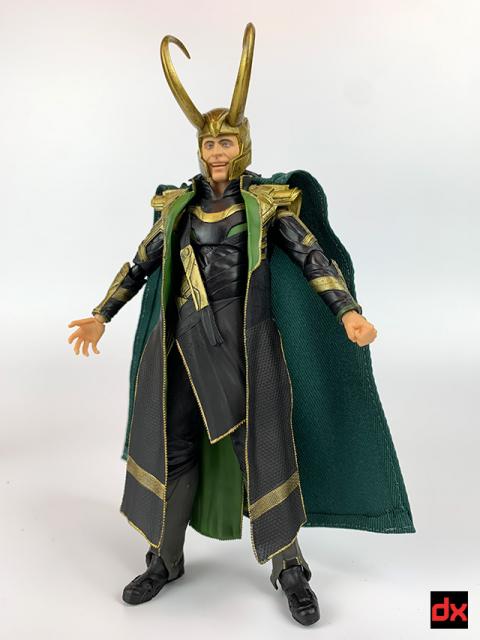 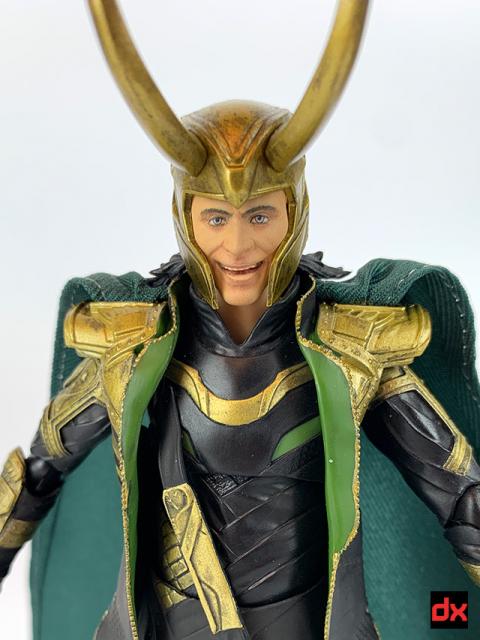 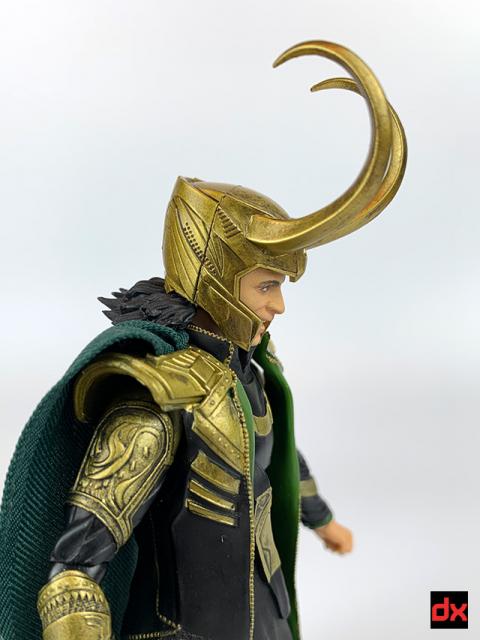 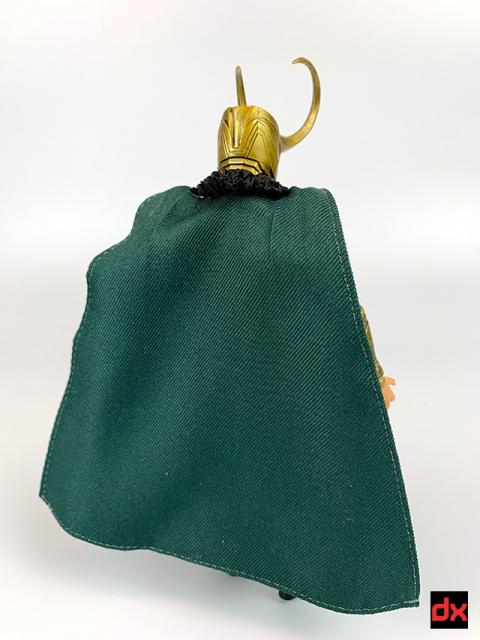 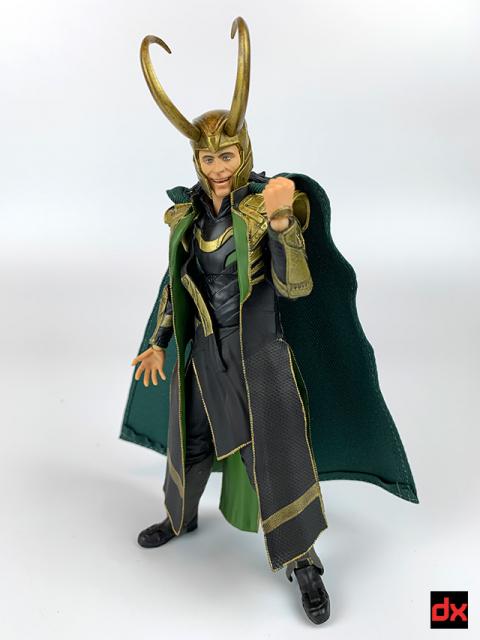 There's actually a different hair piece for use with the helmet. 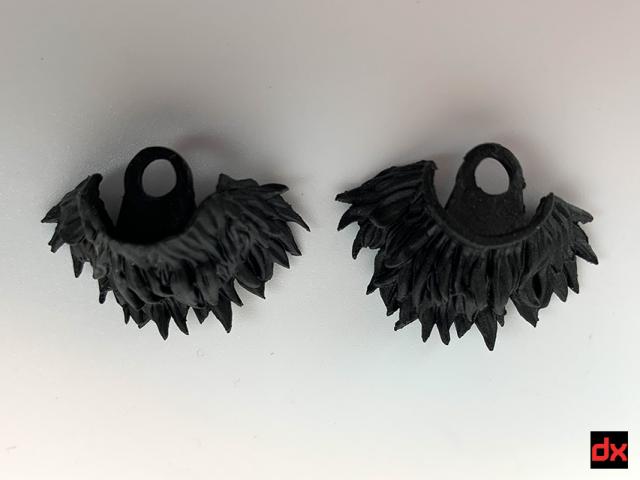 There are two different sized staffs, and they both separate so that they can be inserted into the staff-holding hands. The tips of the staffs are also different, with the short one being closed and the long one being open. 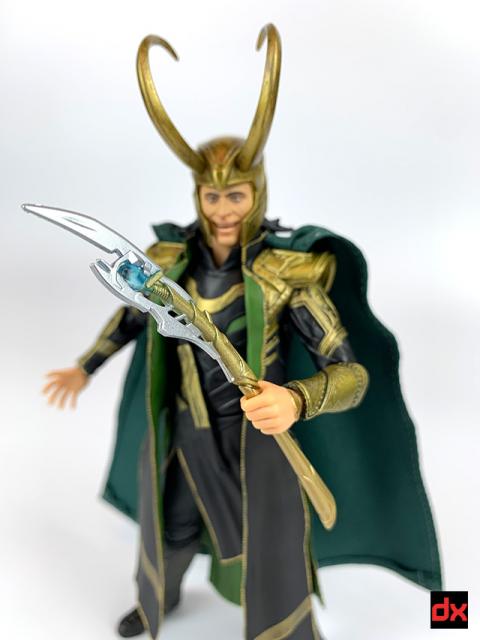 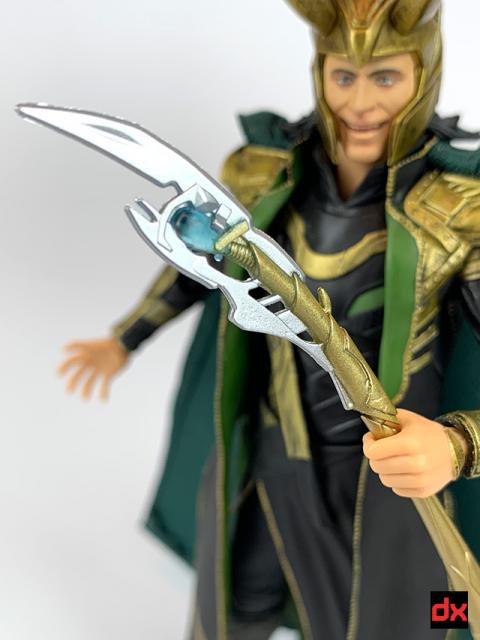 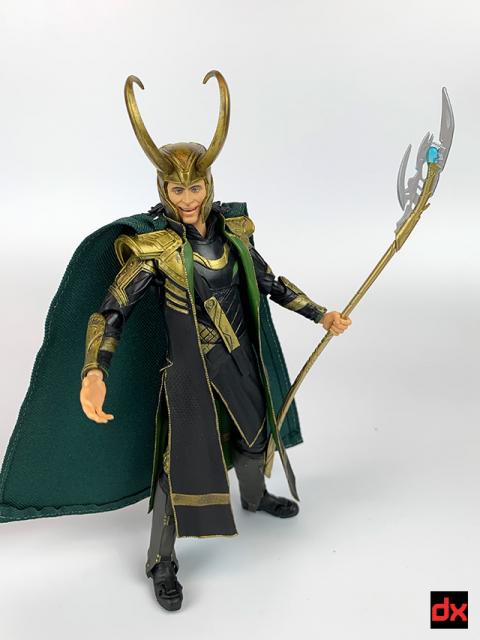 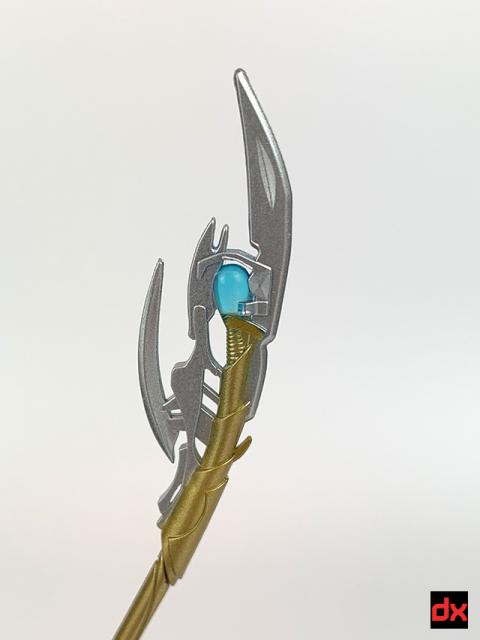 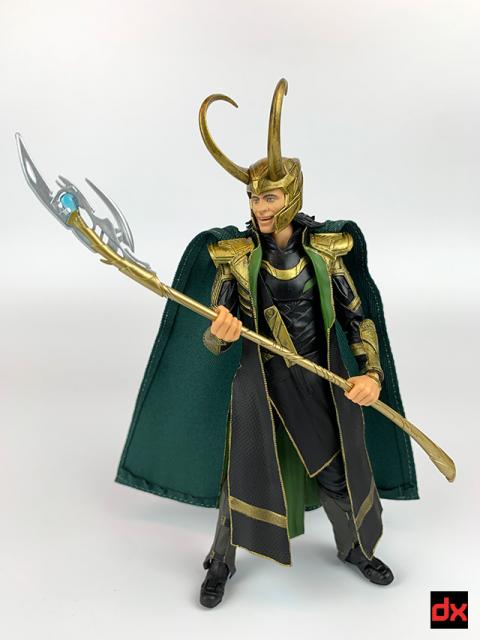 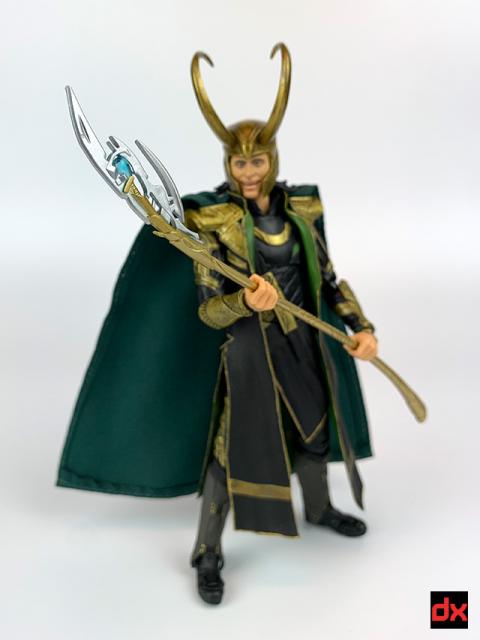 Bandai also included parts to replicate the scene in endgame where Loki is being hauled away in handcuffs, but is able to pick up the dropped Tesseract and escape. 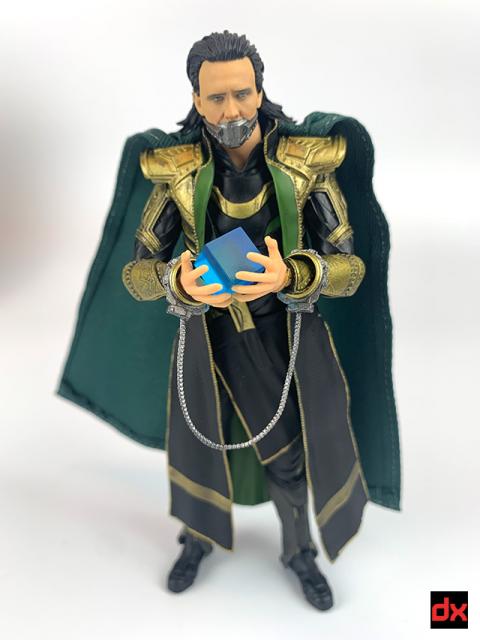 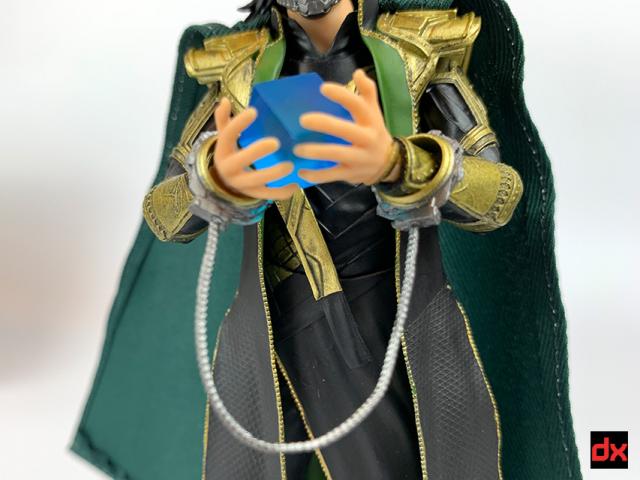 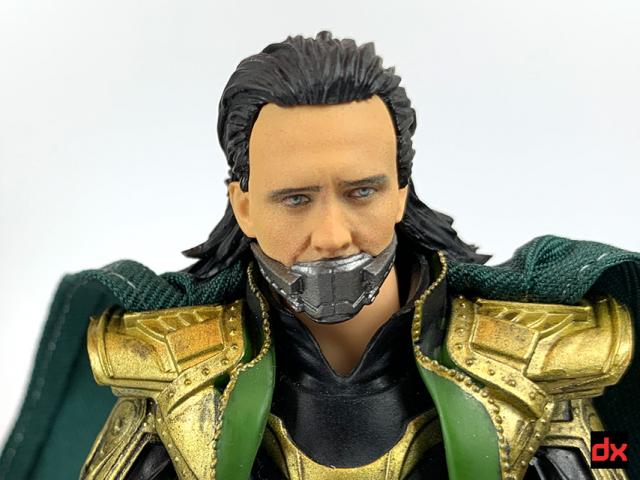 The hands need to be removed for the cuffs to go on the wrists, and there are actually special hands used for holding the cube. The hands have indents for the cube to rest in. 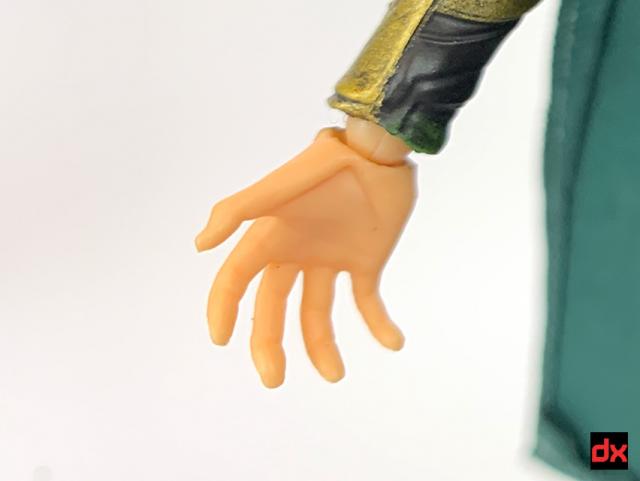 Overall I am pretty happy with the figure, even with the ankle joints. It just looks so majestic on the shelf. I really can't get over how great it looks.

S.H.Figuarts Loki was provided by Fun.com - Get yours here!