I don't know why I held off on this LEGO Tron Legacy set. It's a LEGO Ideas kit, meaning the idea was submitted by a person outside of LEGO. 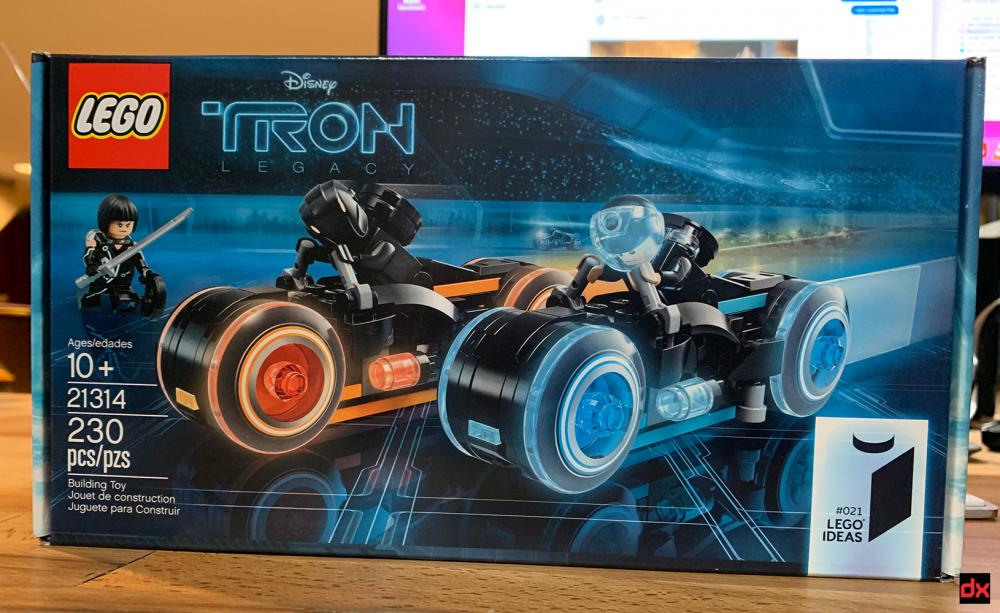 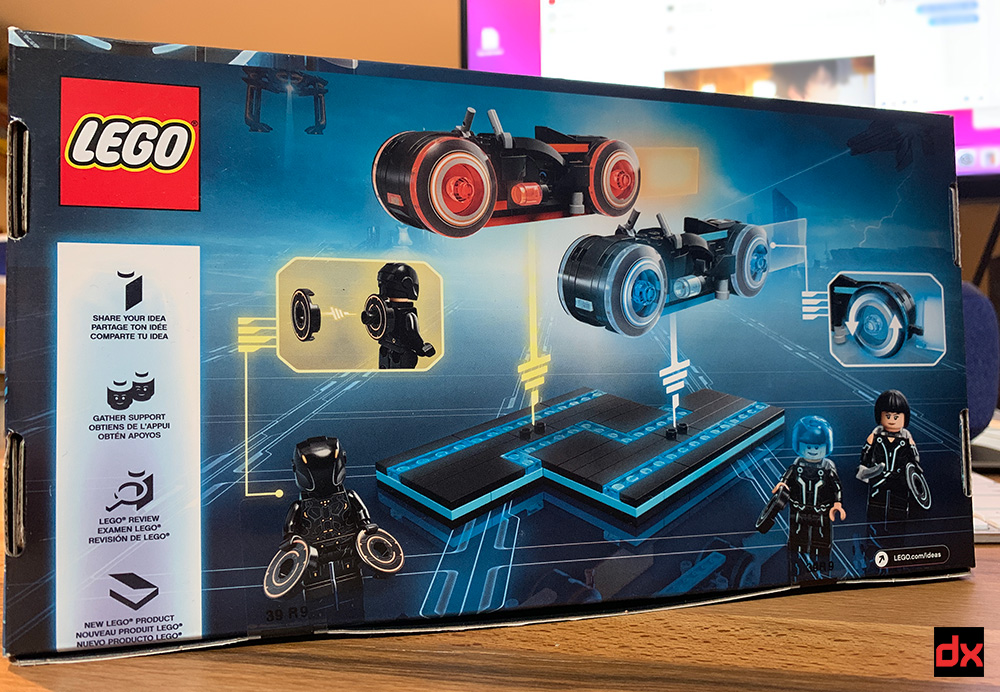 The booklet inside talks about the original submission, and how the LEGO people then modified it for the mass release. I was surprised to learn that the Ideas submissions were not exactly as users had submitted them, and it seems the idea is the only thing that actually carries through to production.

That being said, it's a great little kit. The LEGO engineers did improve on the original model, but also added a second lightcycle and a baseplate. The end is a great, fun build. The parts come in two baggies. One baggie makes the base plate and the mini-figures, the other builds the Light Cycles. The total build took me about an hour. 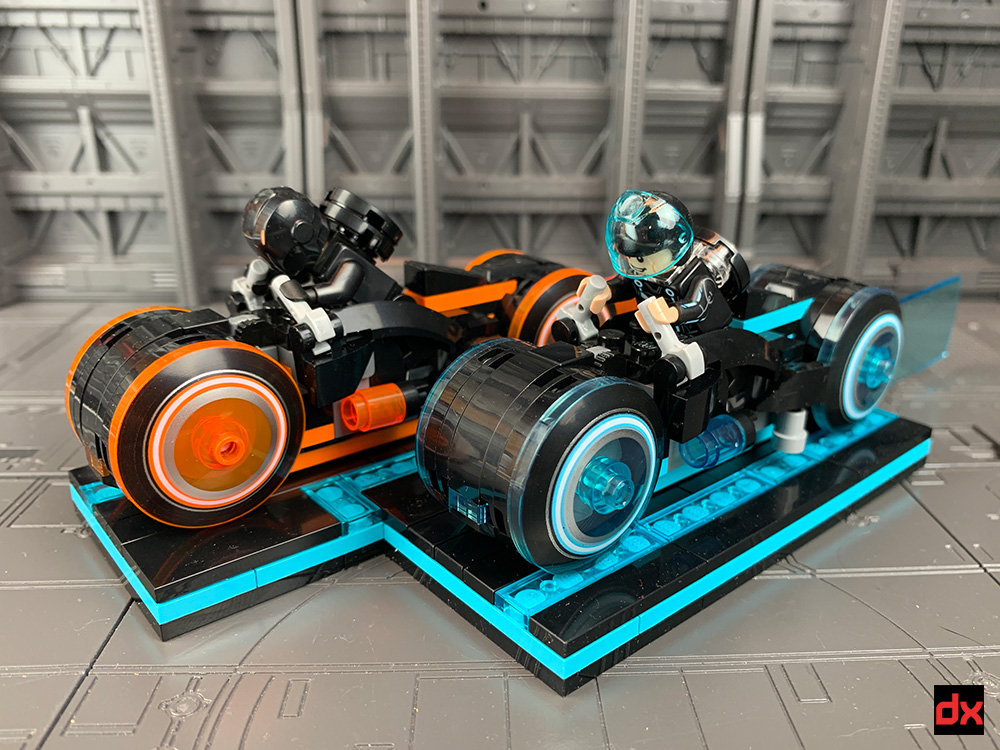 The baseplate allows you to display both Light Cycles, but there's no place for the third mini-figure - Quorra.

Three mini-figures are included: Sam Flynn, Quorra, and Rinzler. Sam flynn can use the helmet, or a hair piece. All the heads have expressions on both sides, so you can choose which you want to use. 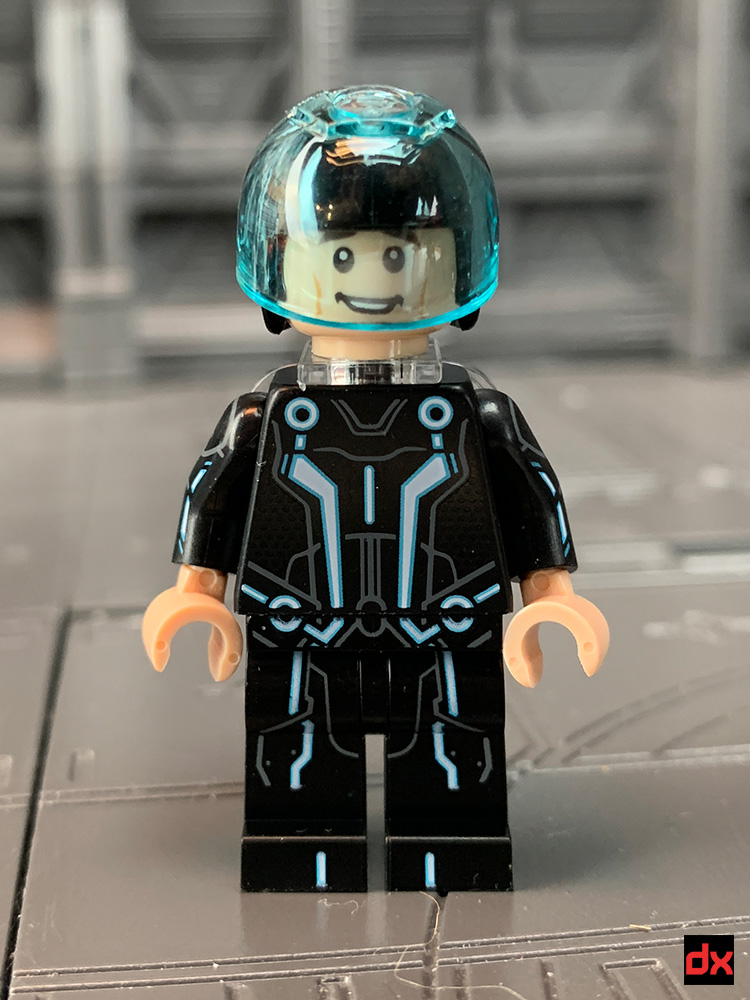 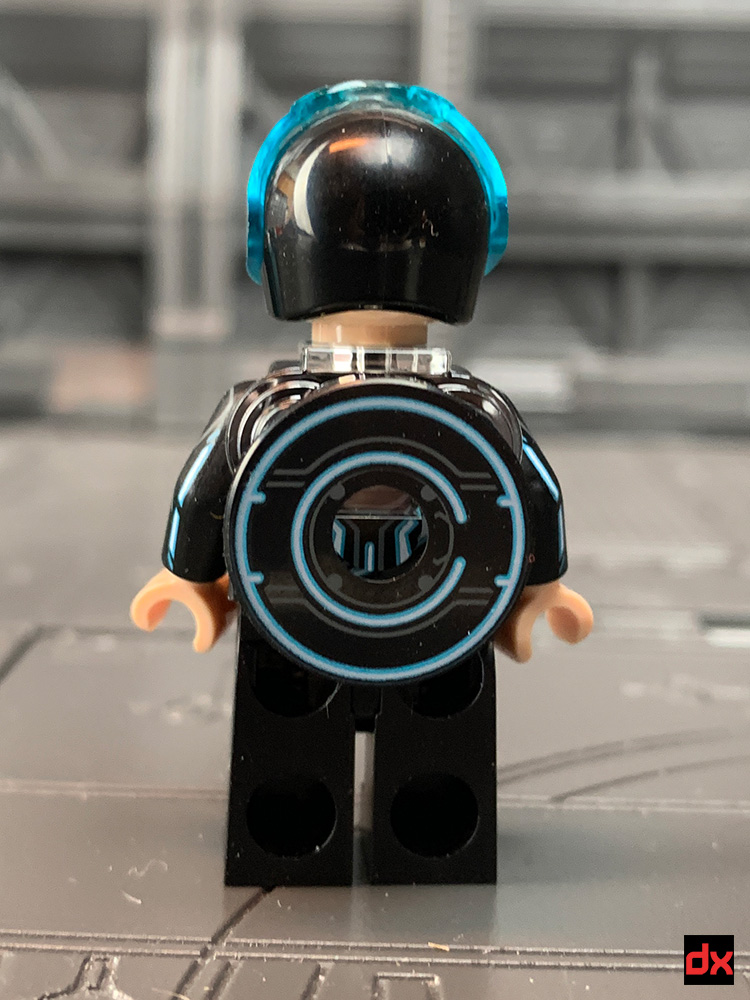 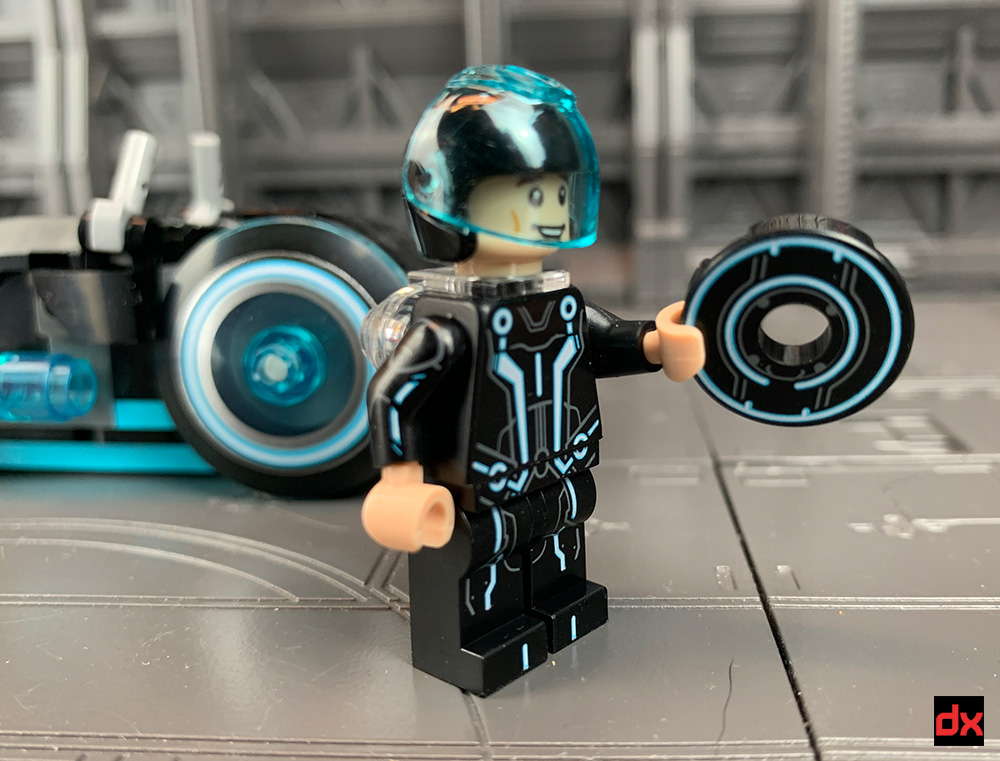 Each Mini-figure can store an identity disc on their back. In the case of Rinzler, he can store two. 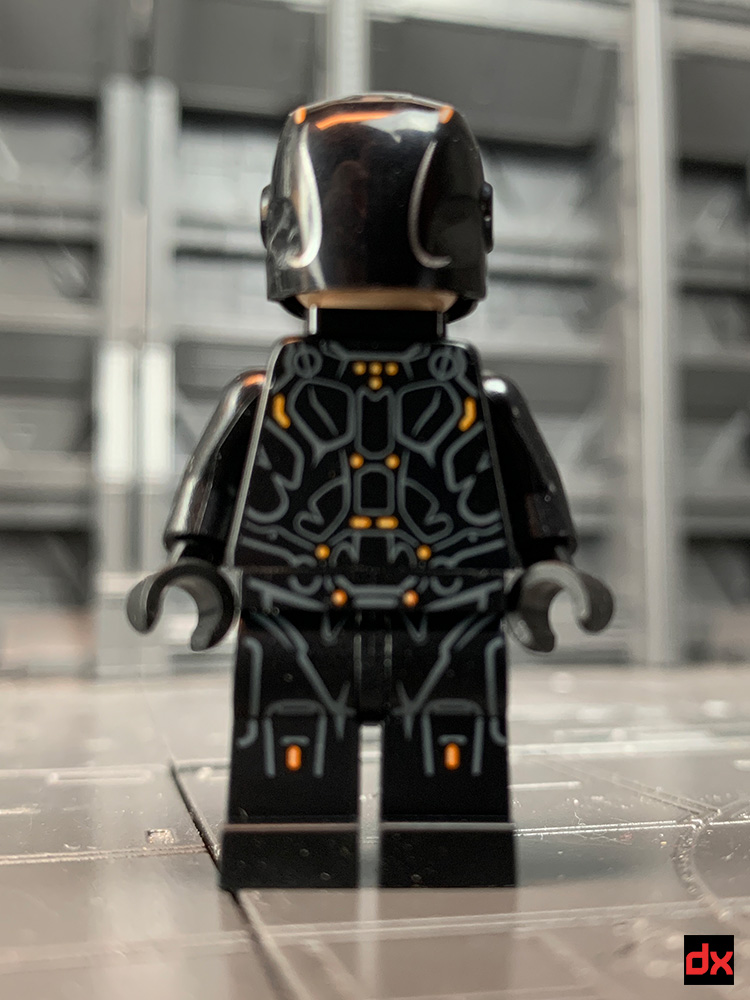 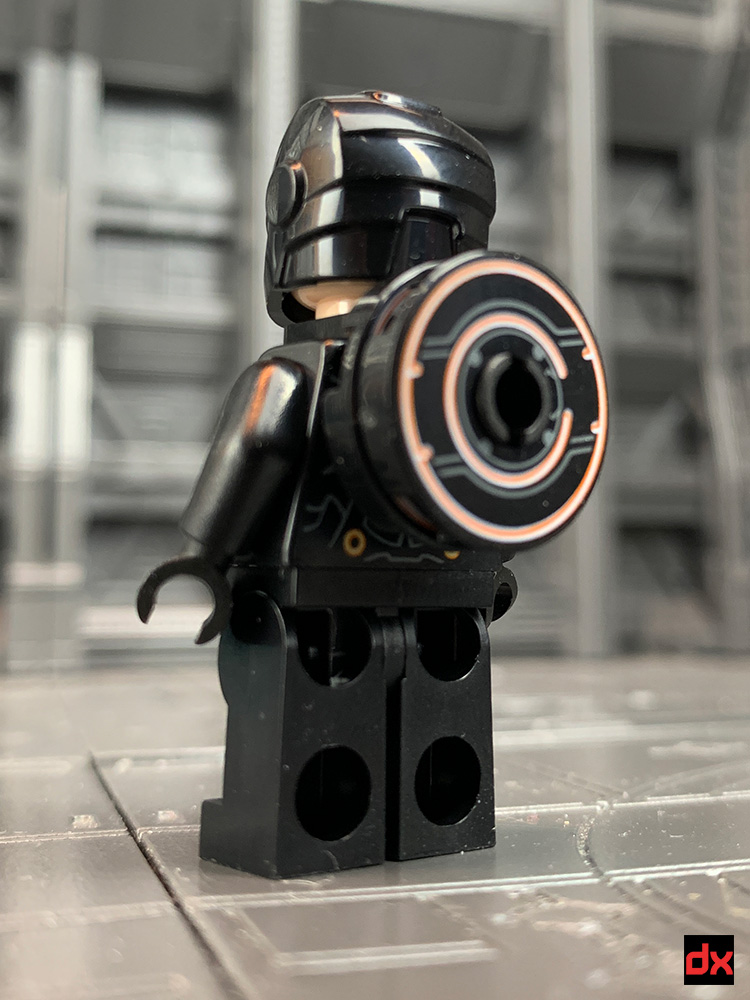 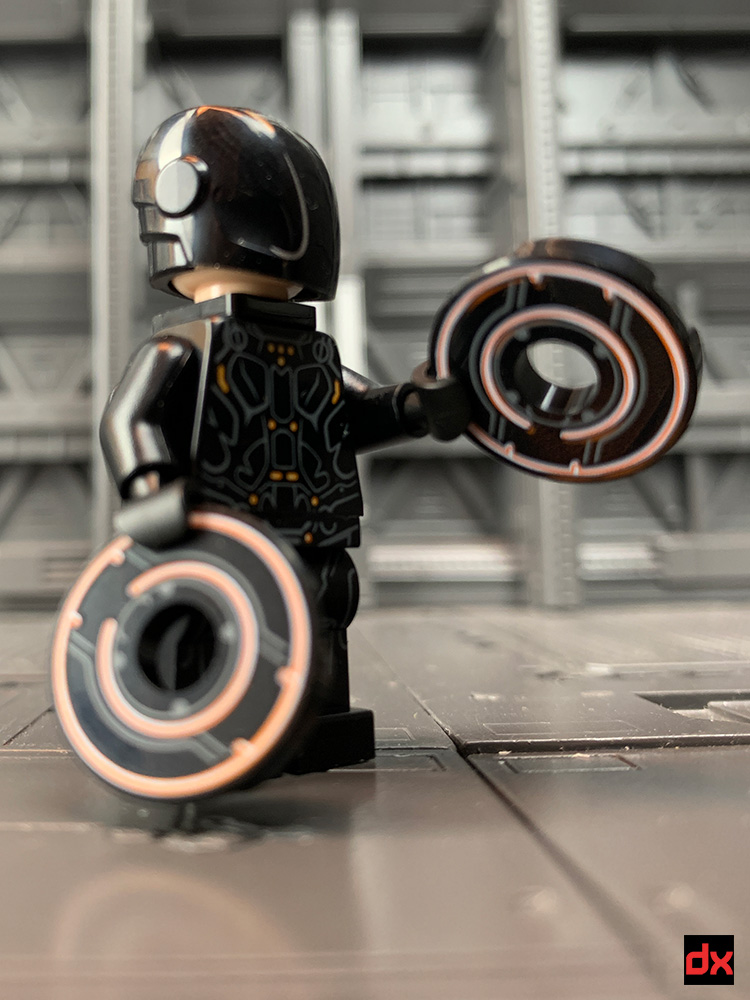 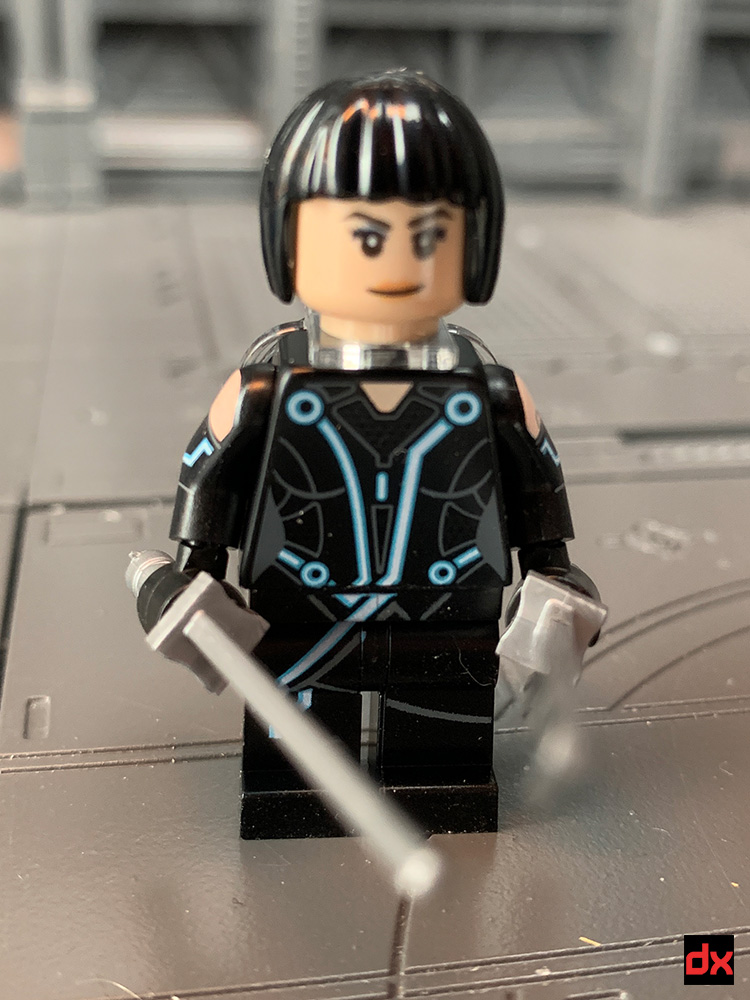 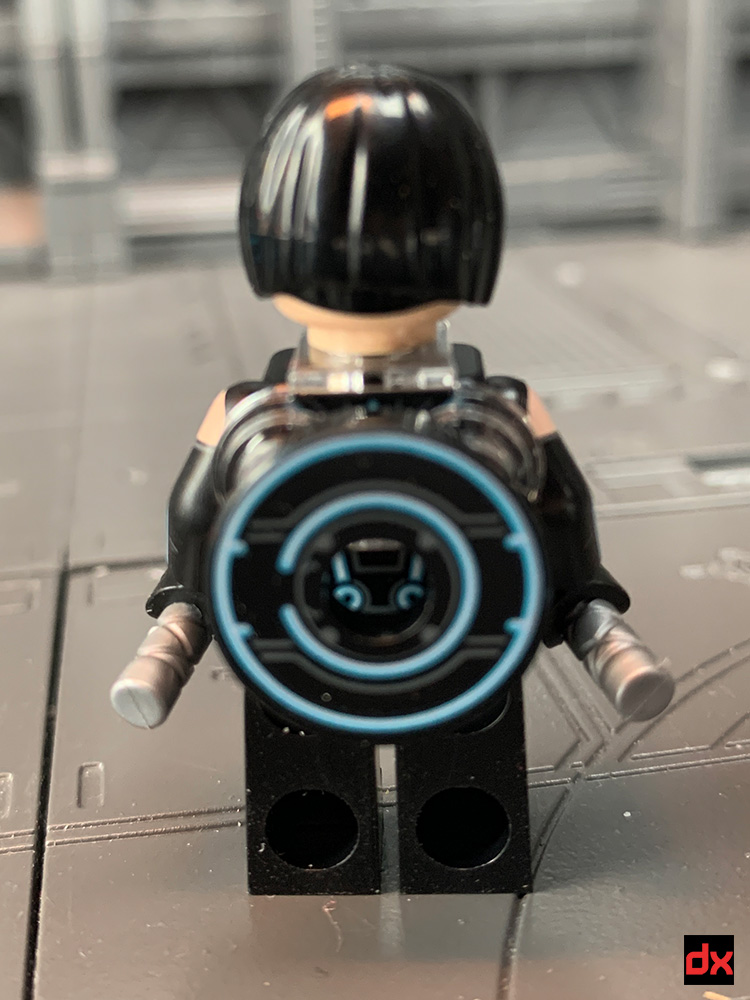 Without the cycles on it, the baseplate can be used to pose the figures. 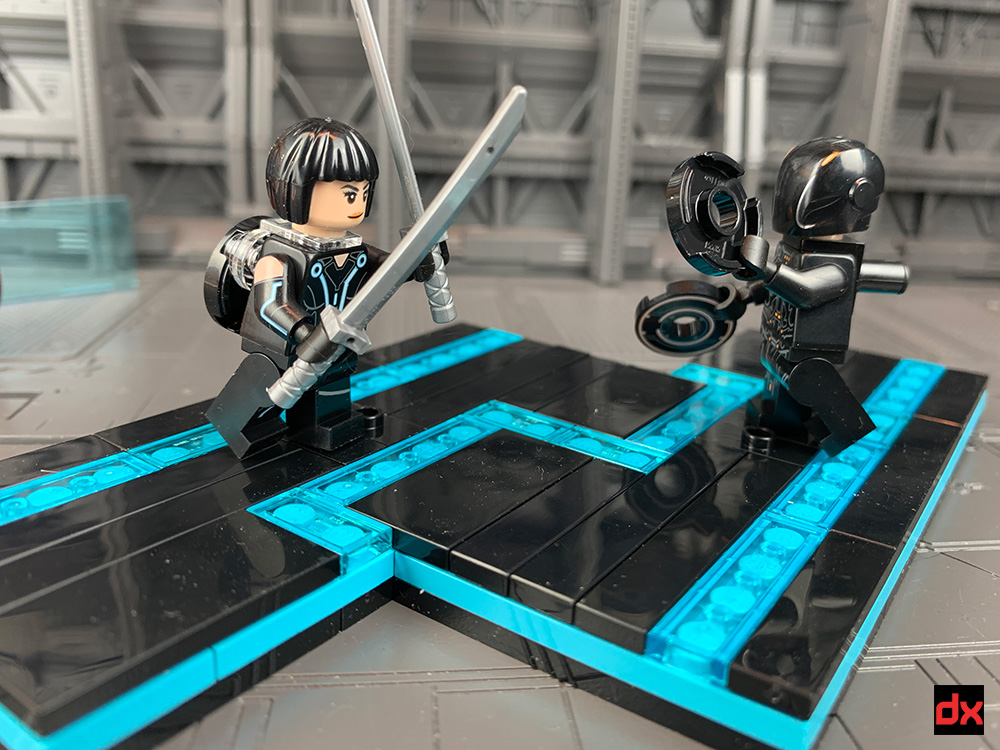 Both Light Cycles are built exactly the same. A mini-figure can sit inside the cycle and hold onto the control bars. The wheels actually roll and the light wall is poseable or removable. 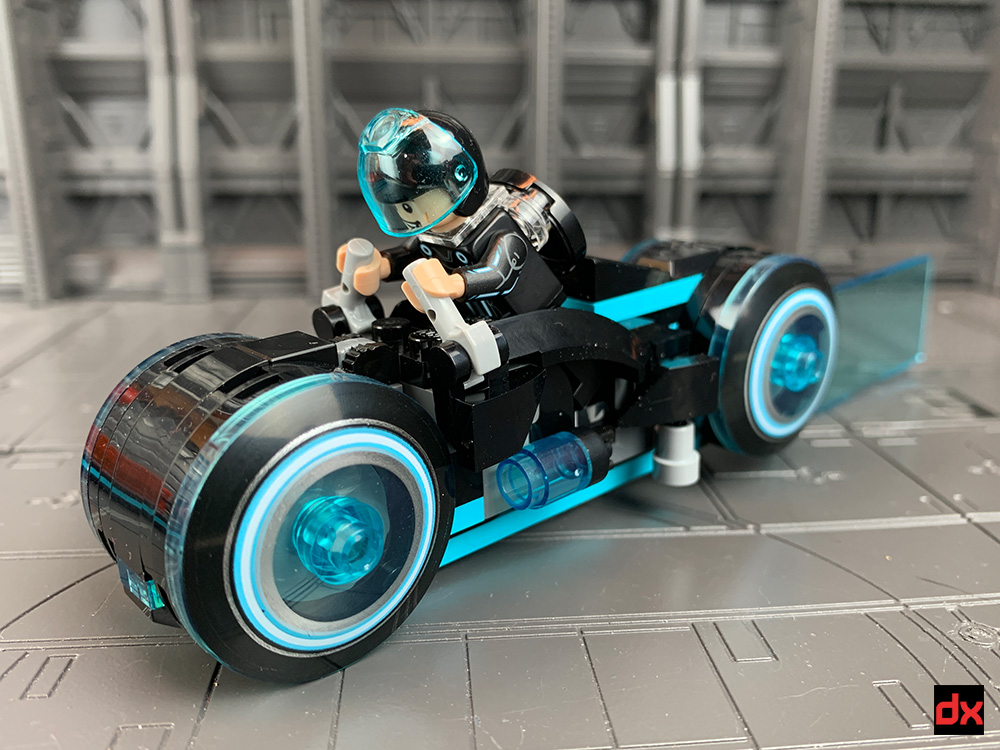 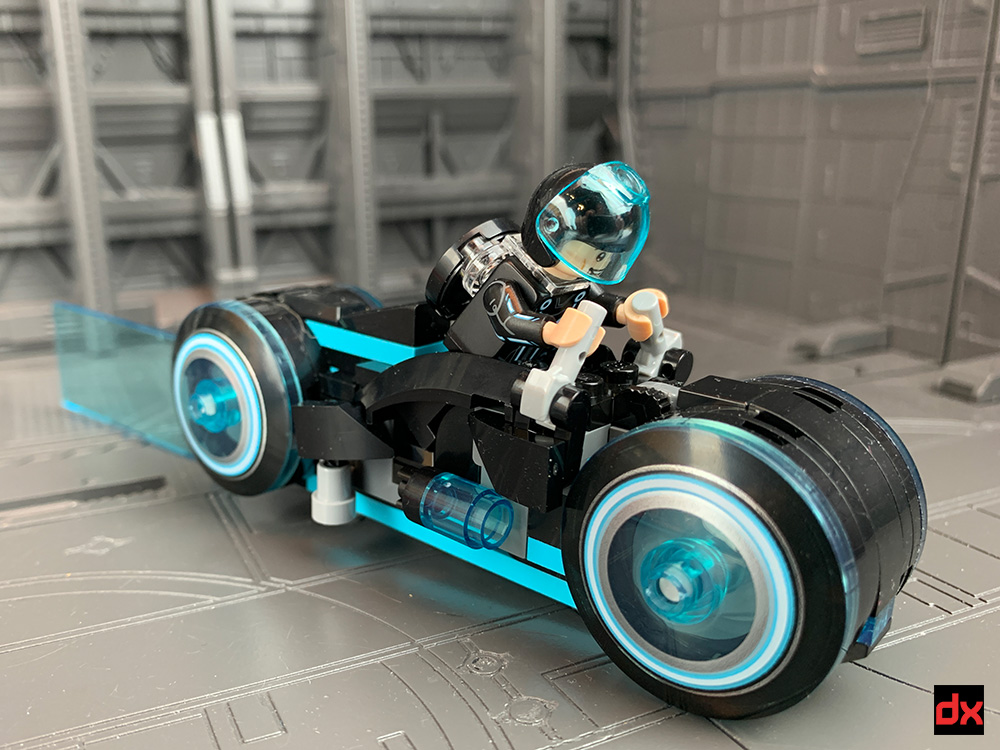 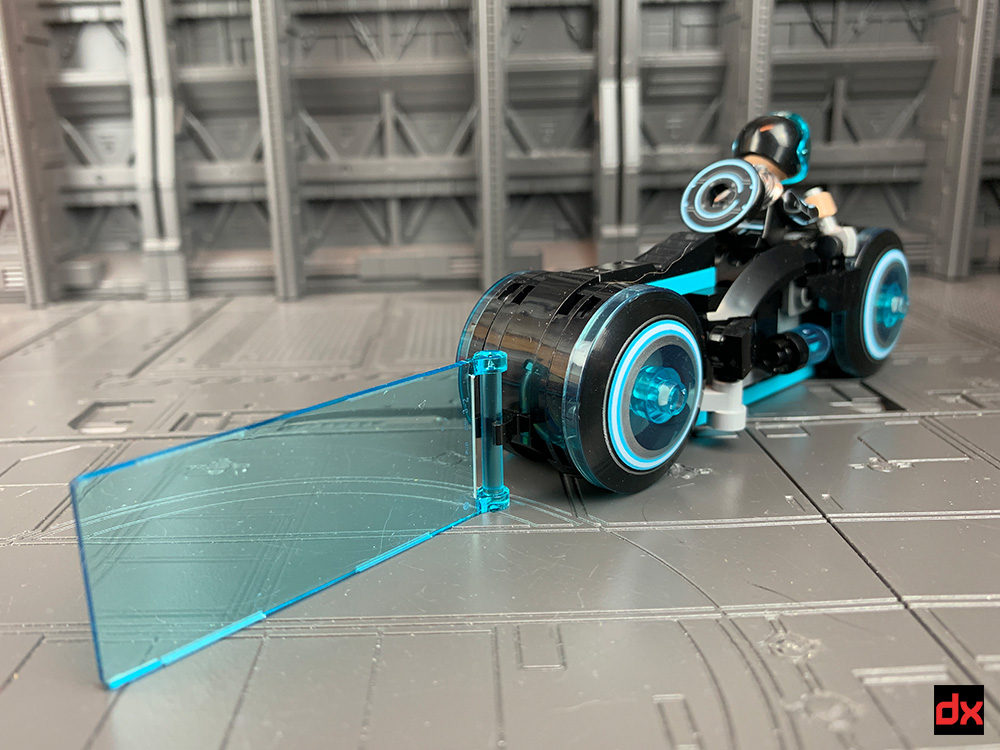 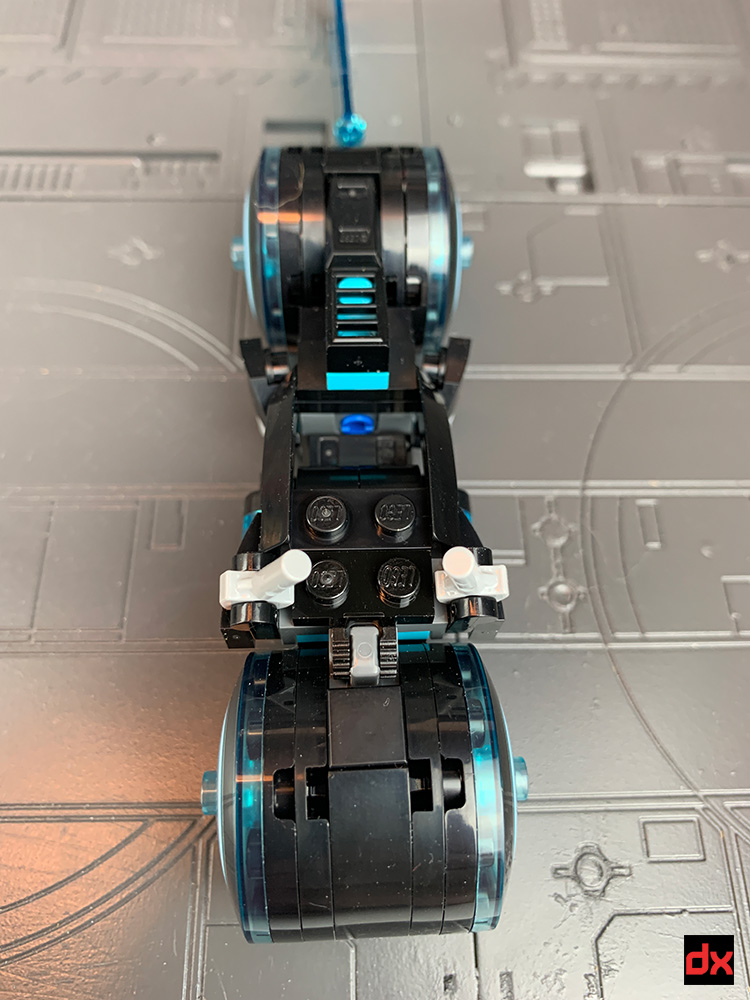 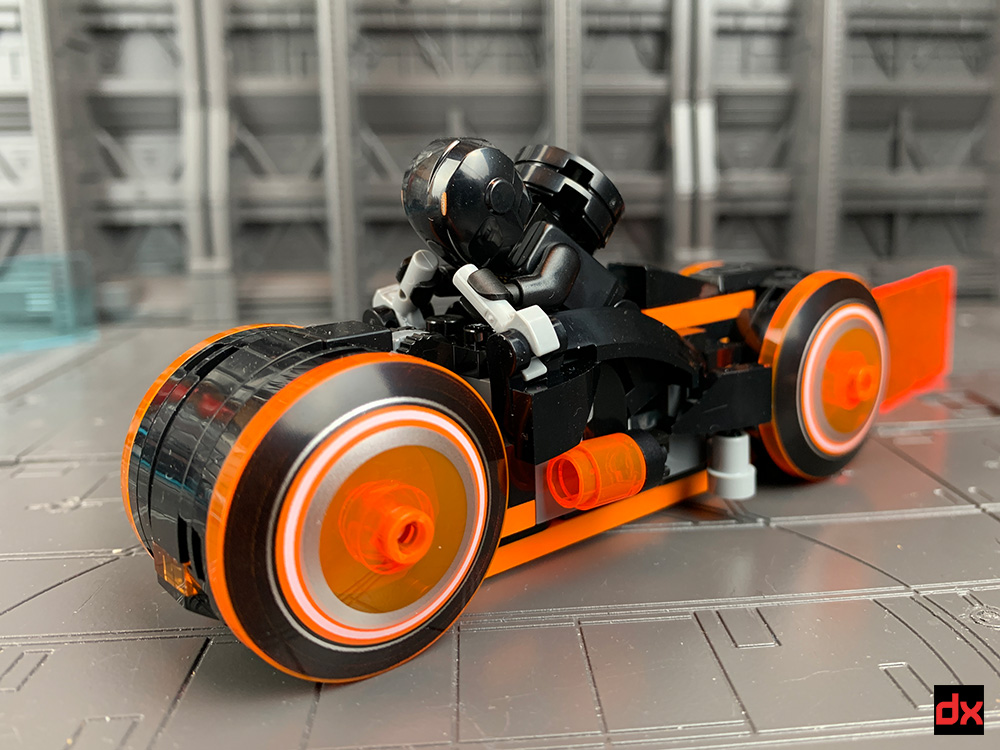 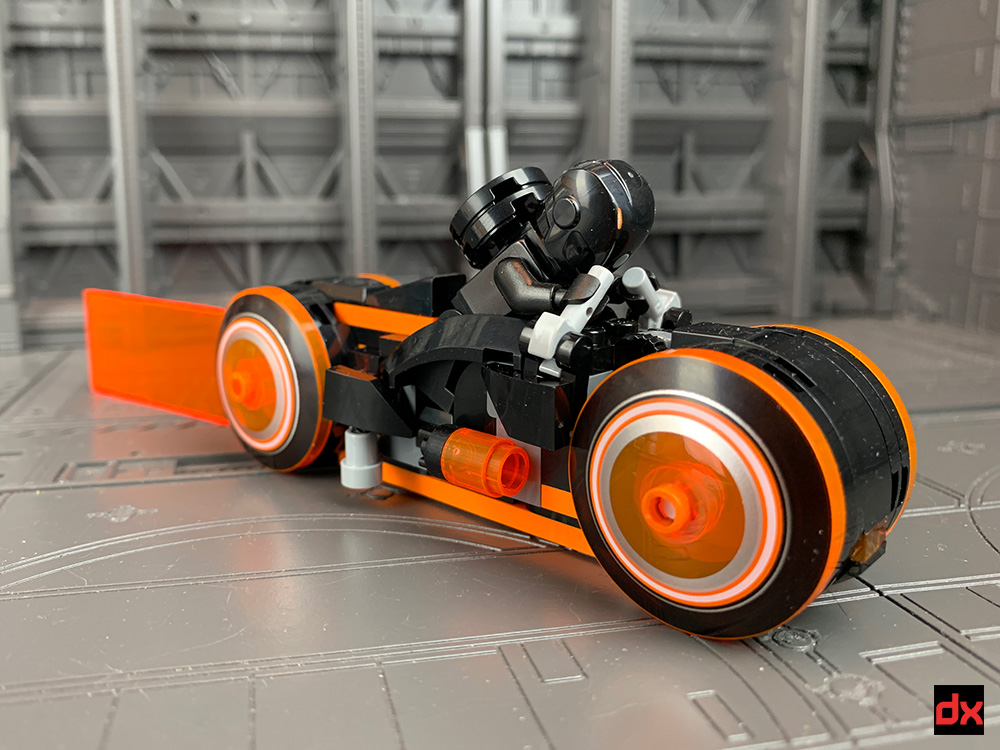 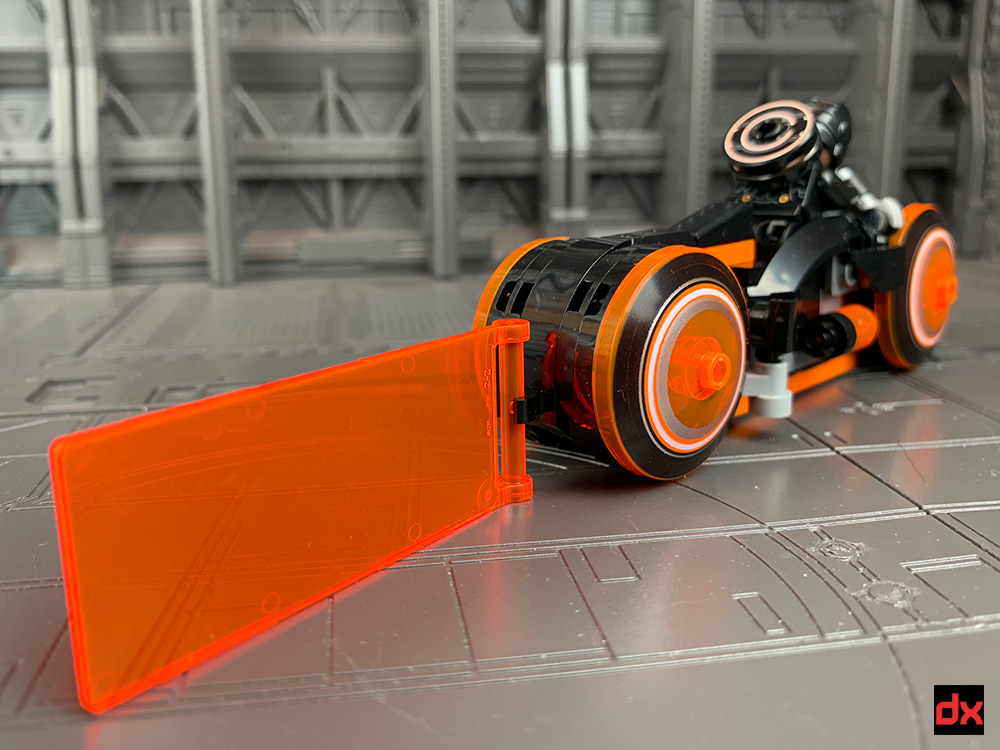