I need to just stop making assumptions about the Netflix Voltron cartoon. When they first announced it my immediate reaction was, "Well, that's probably going to suck.". And then it was fantastic! 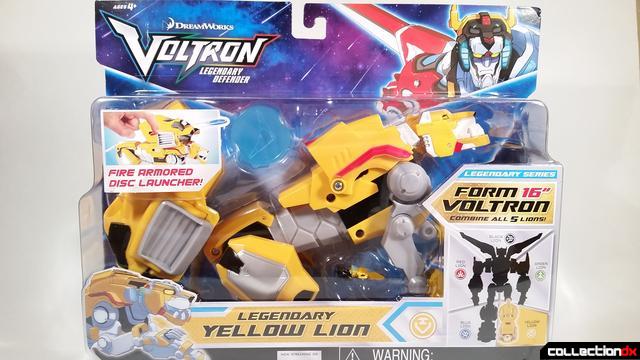 Then they announced the toys and that they were going to be made by Playmates and my immediate reaction was, "Well, that's probably going to suck." And then the toys ended up being great, and the Yellow Lion is no exception! 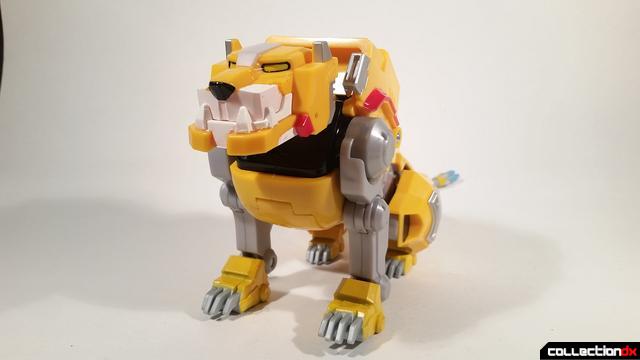 The Yellow Lion is piloted by Hunk. Who's main characteristic is that he's the big guy who likes to eat just about as much as he likes to barf. Seriously, there's a lot of barf jokes in this show it's kind of concerning.

There's a nice and pleasant big of chunk and heft to the Yellow Lion and its sculpting captures that well. I love it's slightly beefier lower jaw. 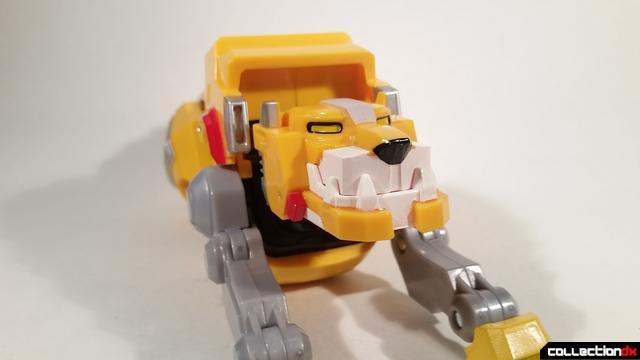 One thing that kind of annoys me about this toy is that if you look closely, there's a few different shades of yellow plastic used. The fact that it's not uniform always bothers me upon closer inspection. 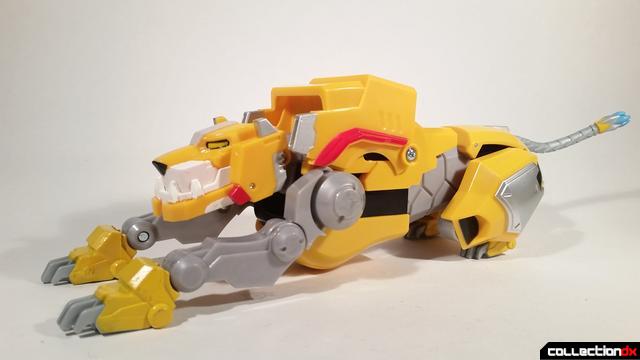 The plaint isn't perfect either. The mouth is is a little sloppy, along with the yellow on the claws of each limb. However most of the important details are done well enough. 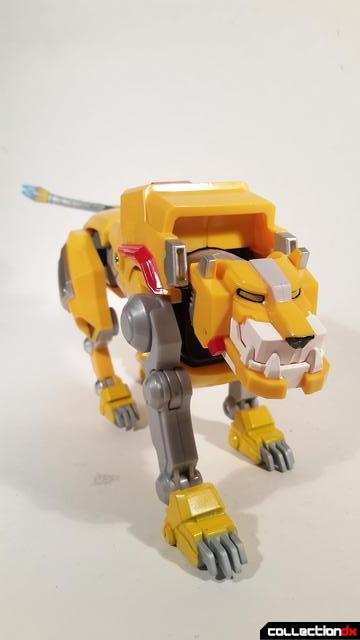 I was SUPER surprised by how solid this toy is. All of the legs are on delightfully clicky ratchet joints, and each joint is segmented. The only thing missing is actual spread on the legs which I would never ask of a mass market combining toy like this. 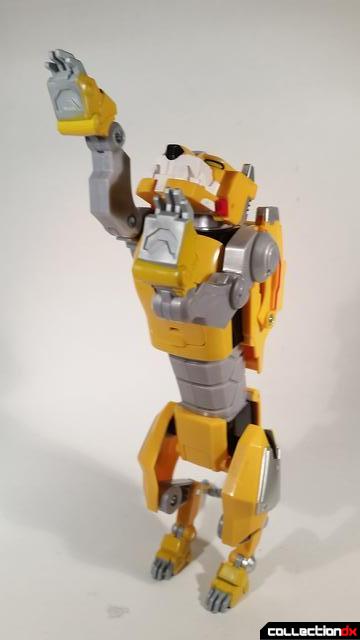 The neck tilts up and down, there's a slight bit of wiggle left and right, and the jaw is spring loaded. That's kind of cool, but at the same time I wish I could keep it open for some expressive roaring or beam firing.

As is, he can bite my finger real good. 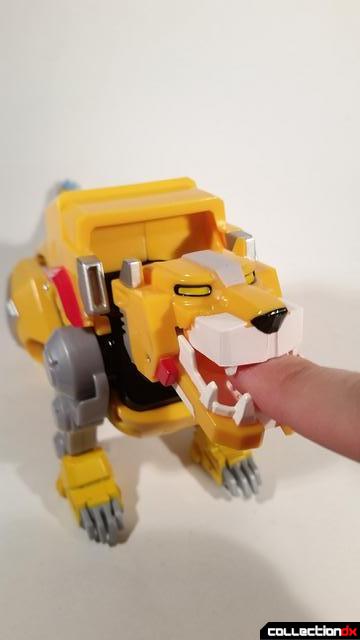 If you look at the underside of Yellow Lion there's a hatch. This is where you can store an incredibly tiny little hover craft piloted by Hunk. It's soft plastic and painted very basically. I guess this can count as a basic pilot figure? Although personally I would have rather liked a cockpit and a small Hunk. Oh well. 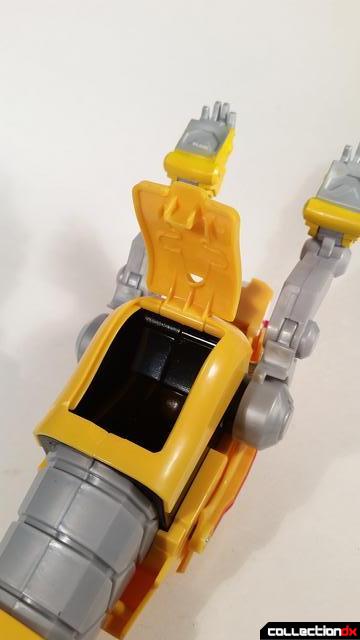 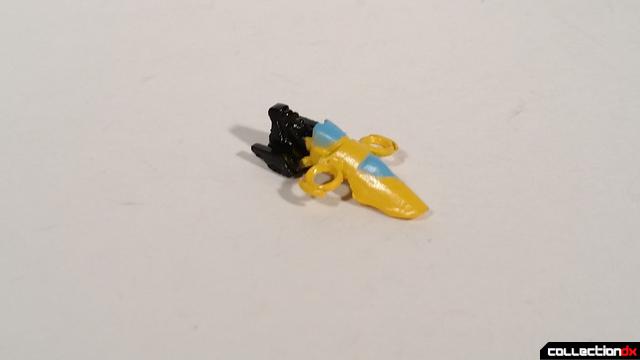 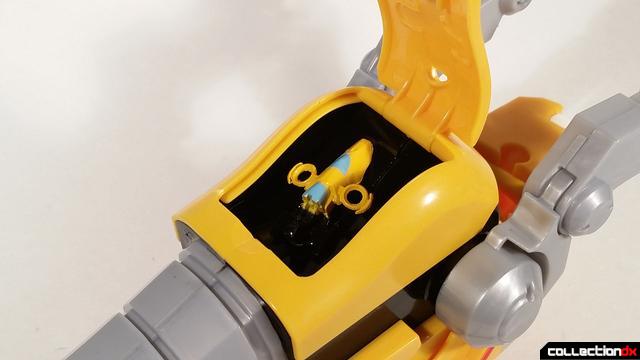 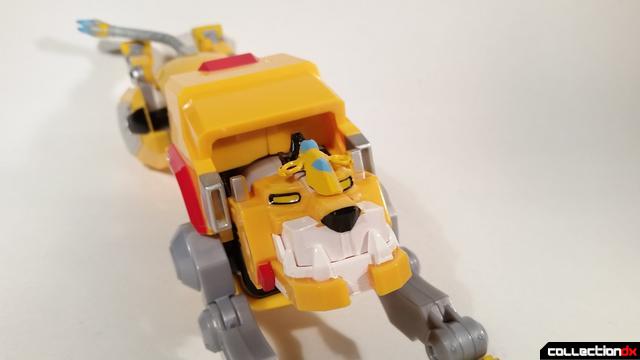 Now much like the other Lions, Yellow Lion comes with an accessory as well. I think he actually comes with one of the better ones. It's a giant clip on disc launcher. This clicks right onto the back and comies with four translucent discs. They launch pretty well and its fun! It's also easy to forget and ignore if you're just here fro the Lion and combined mode too. But as far as throw in weapons, this is pretty nice. 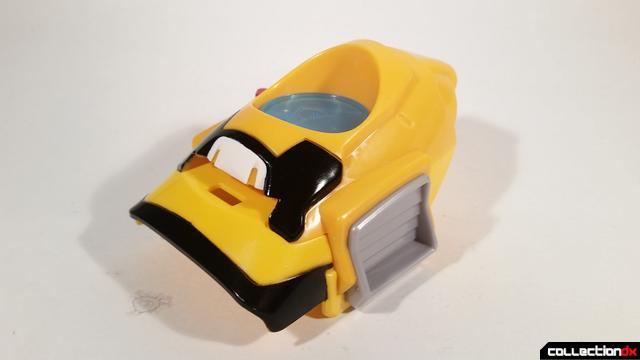 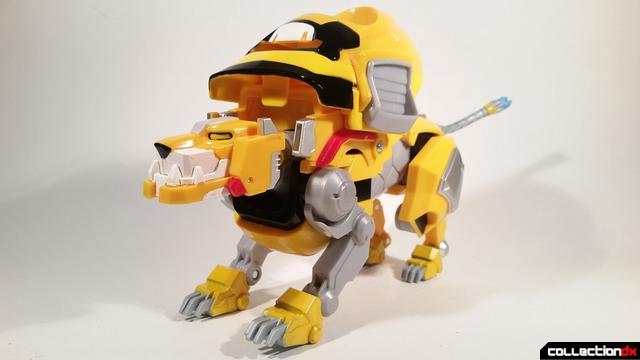 Now it was about at this time that I was beginning to wonder about the back plate that the launcher clips onto. It was on a hinge and I didn't understand why. In robot mode it wasn't lined up with the shoulders. And if you did move it forward it always looked awkward and scrunched up near the front. I just did not understand at all why this hinge was even there! 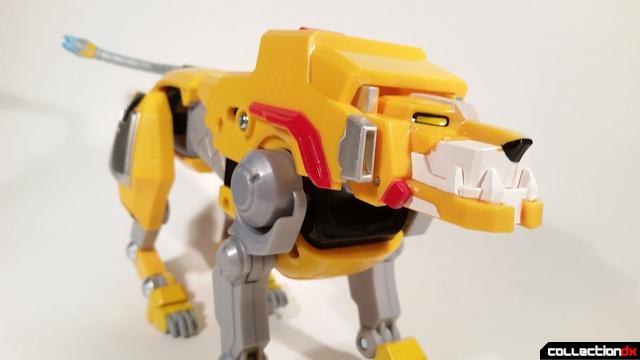 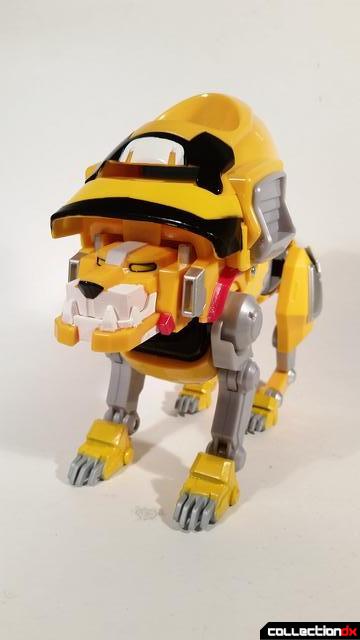 ... And that's when about halfway through taking photos of this toy I realized there was an extending neck joint. Oops. 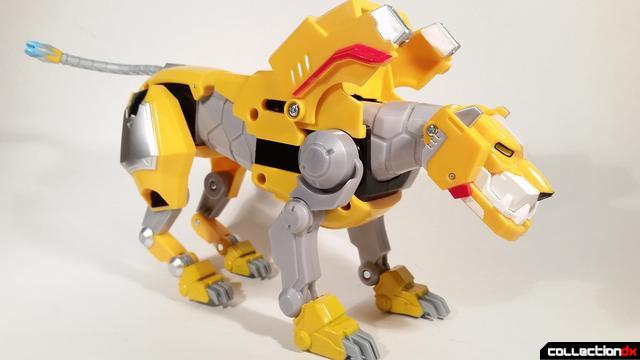 That definitely helps add to the size of the Lion though. The toy gets a lot longer and it looks quite proud and powerful in a nice sitting pose. 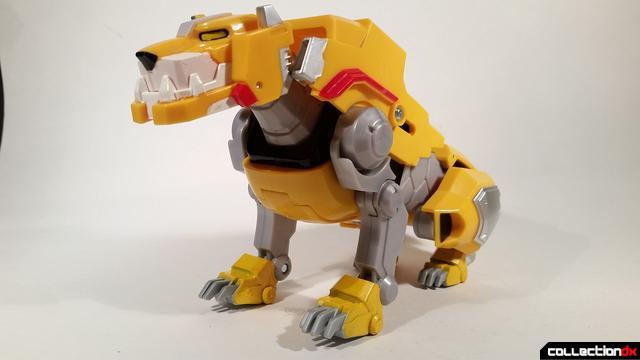 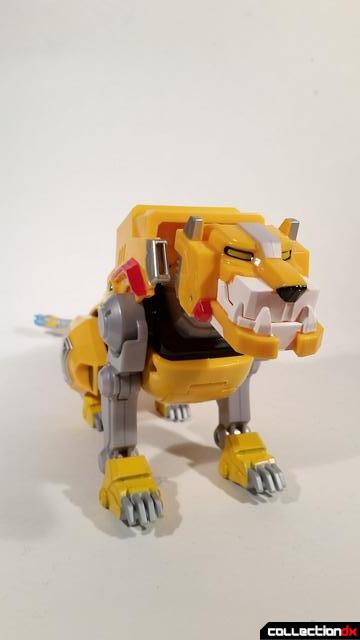 The leg mode for the Yellow Lion is by far its star mode, and I'm not just saying that because its for Voltron! Hearing Hunk yell proudly "I'M A LEG!" has left me smiling for years and years to come. 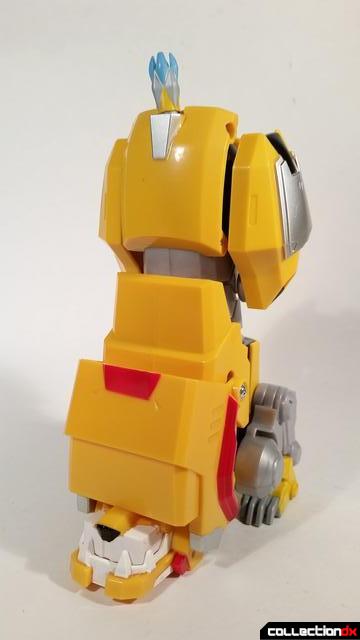 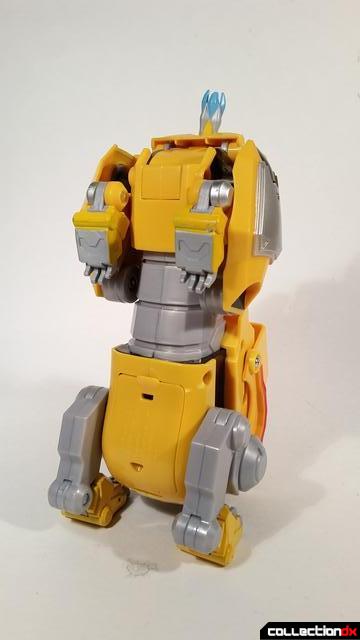 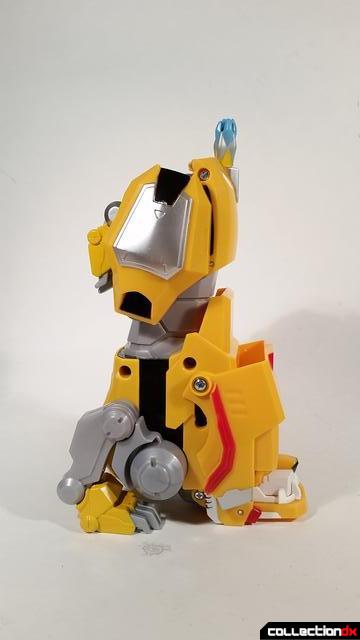 That's the Yellow Lion in a nutshell. Sure for most people this is a toy that will be immediately slammed into a leg and forced onto a Voltron for all time. But for anyone who does take the time to enjoy each figure on their own, there's a lot of fun here. I'm sure that kids who get each Lion one at a time would have fun with the individual ones as well. I really have to give it to Playmates for nailing this one. It's a fantastic toy. 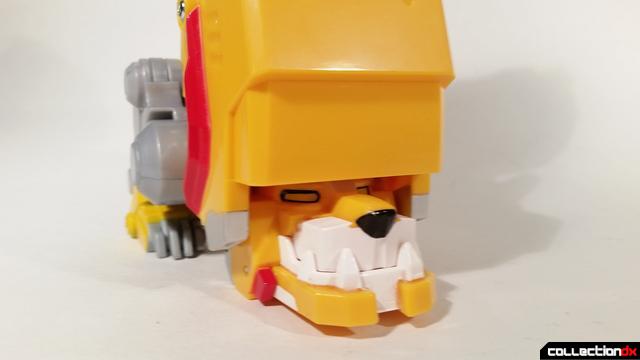