Urf, the Manatee was originally created in 2010 as an April Fool’s joke for Riot Game’s massively popular League of Legends. Sadly, Urf was killed by the Blood Hunter, Warwick, who now wears the poor Manatee's remains. Since his demise, Urf’s popularity has soared and he has become somewhat of a mascot for League of Legends during April 1st. Along with being featured as a part of quite a few champions’ skins, Urf has his own icons and even a special game mode named U.R.F (Ultra Rapid Fire). For 2015’s April 1st event, Riot Games not only brought back the fan favorite U.R.F mode, but also released a special Urf figure marked number 000 in the series. 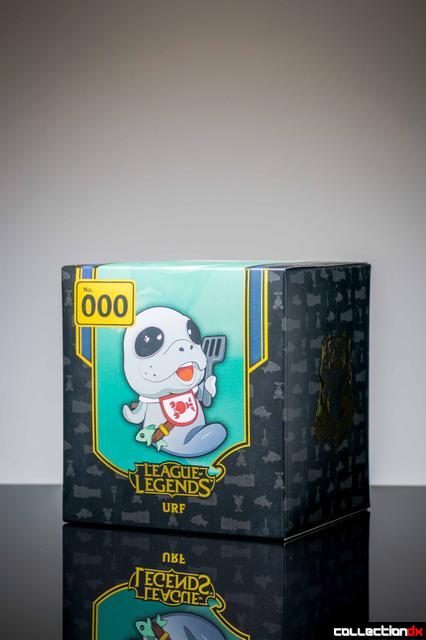 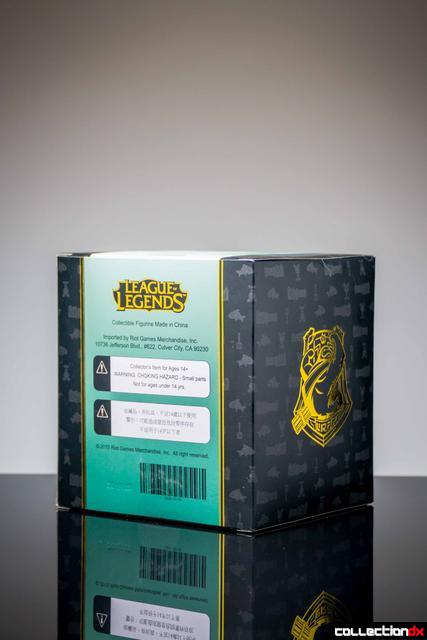 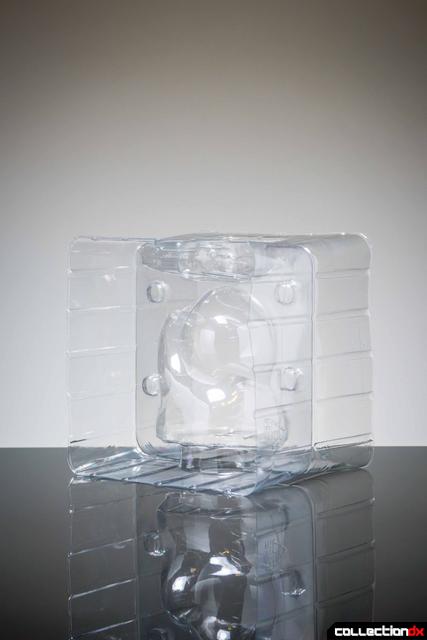 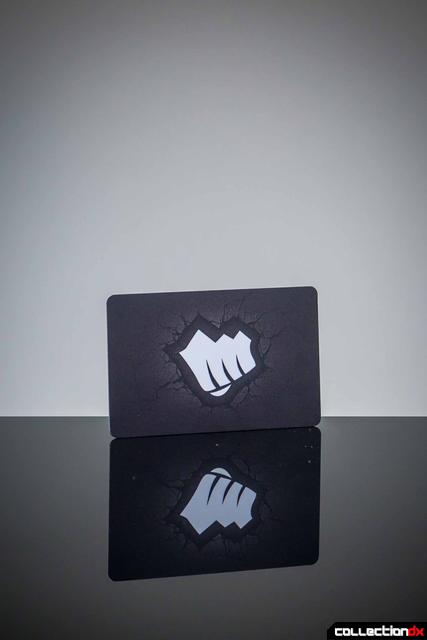 Urf comes packaged in a simple cardboard box with a cute picture of him along with some really nice looking gold foil used on the logos and numbering all around the box. Inside, Urf rests comfortably between two plastic shells and comes with a certificate of authenticity printed on a hard plastic card with the Riot Games logo printed on one side. One really neat thing about this card is that it has an NFC chip embedded in it, allowing you to register the product by simply tapping it with an NFC enabled device. A code is also printed on the back to register manually as well. 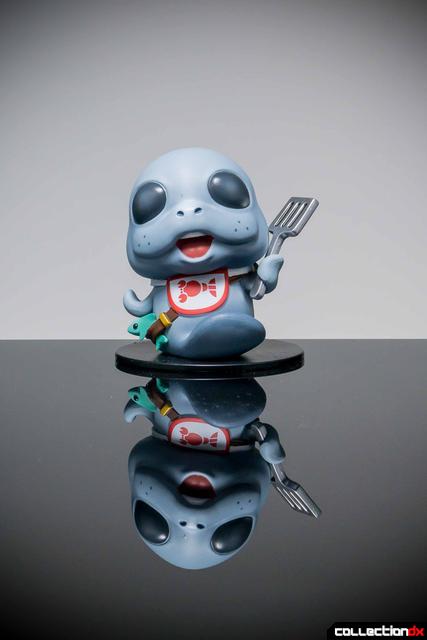 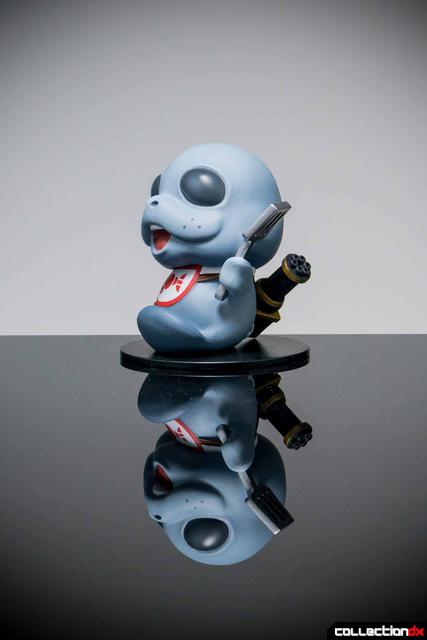 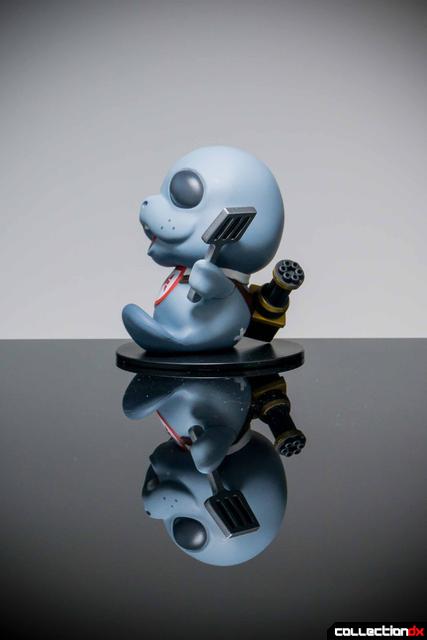 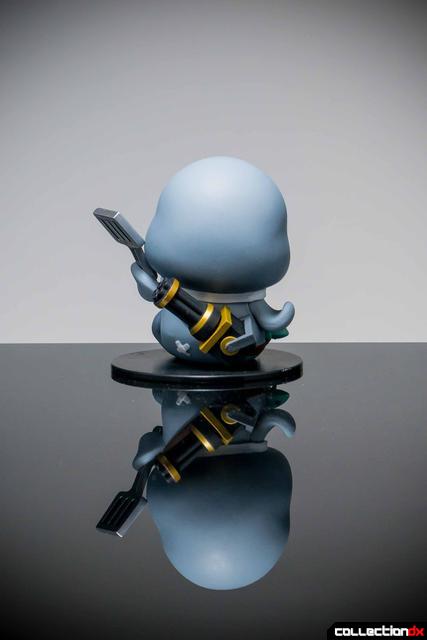 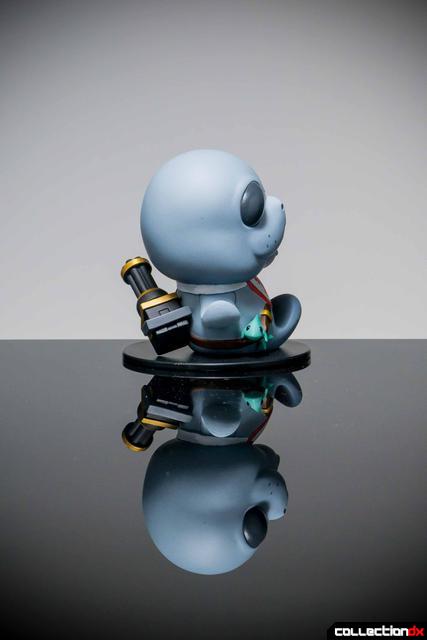 Measuring just over 3in tall with a base diameter of 3in as well, Urf is a small figure and a bit pricey at 25 dollars. The figure matches the box artwork very closely and I’m pretty surprised by the quality of the figure itself. The paint application is clean, without any spots that bleed over or patches where not enough paint has been applied. 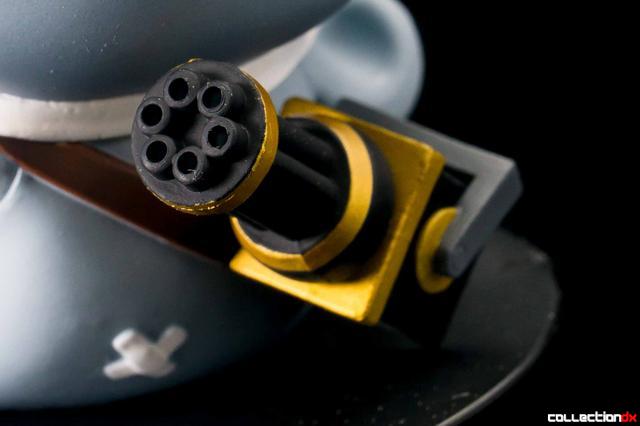 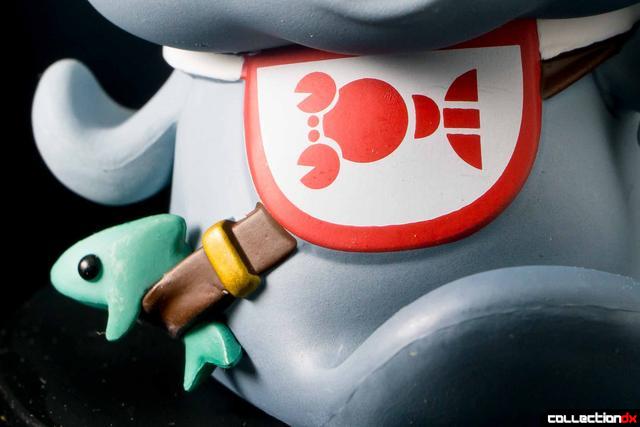 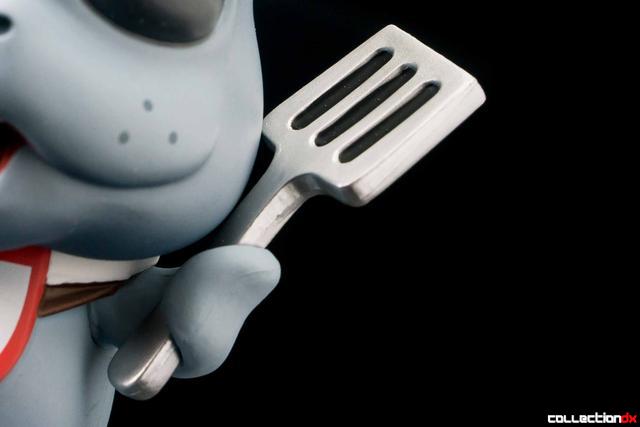 Urf comes equipped with his three trusty weapons. A spatula, fish, and minigun strapped to his back. While Urf was never released as a playable champion, the Urfrider Corki skin features the champion Corki riding Urf and fires fish for rockets. 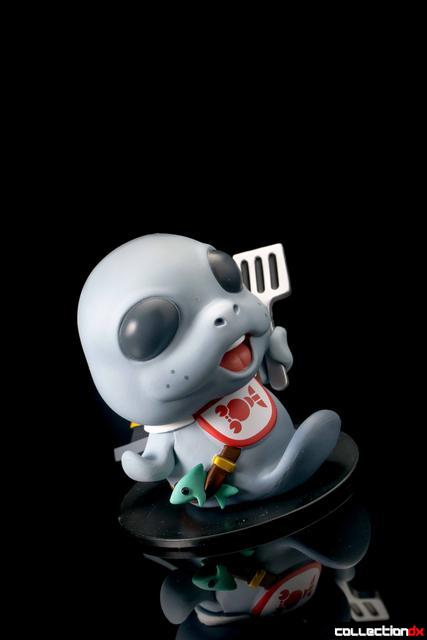 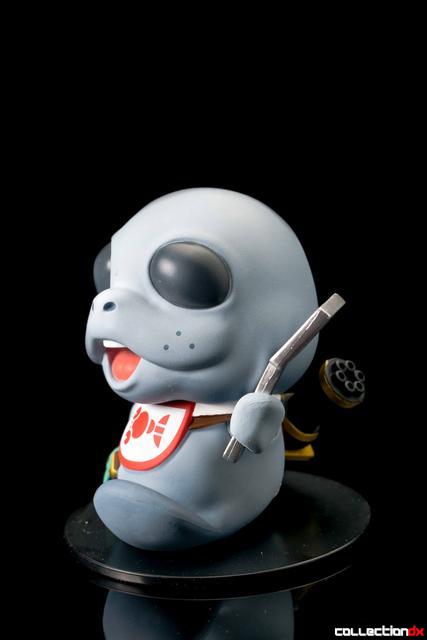 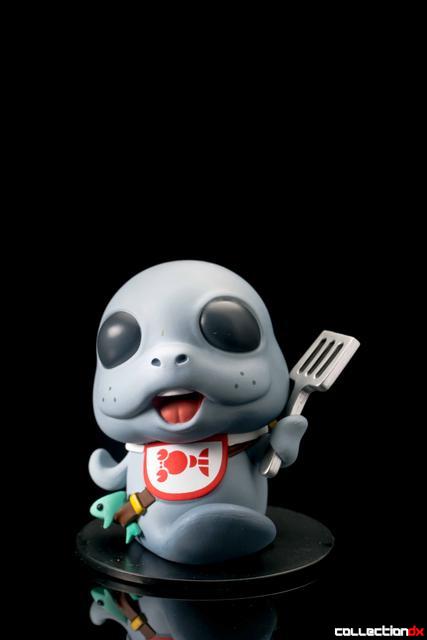 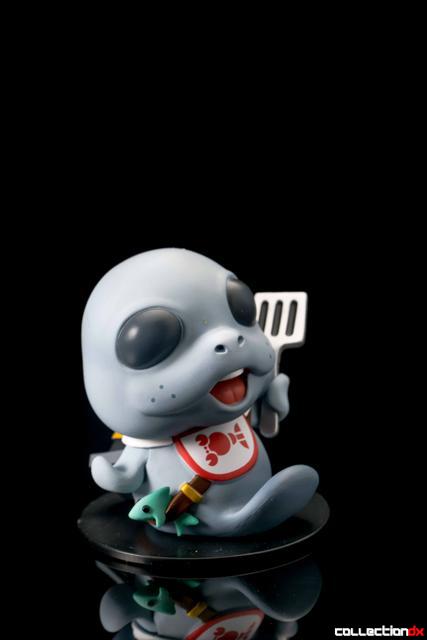 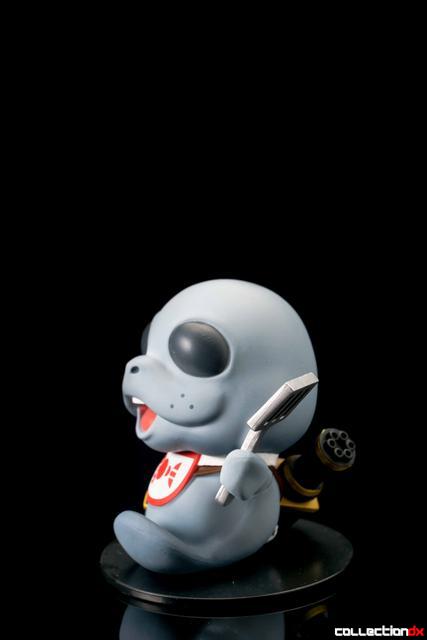 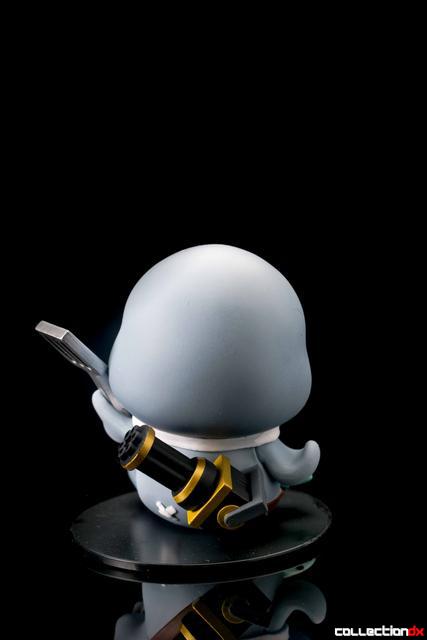 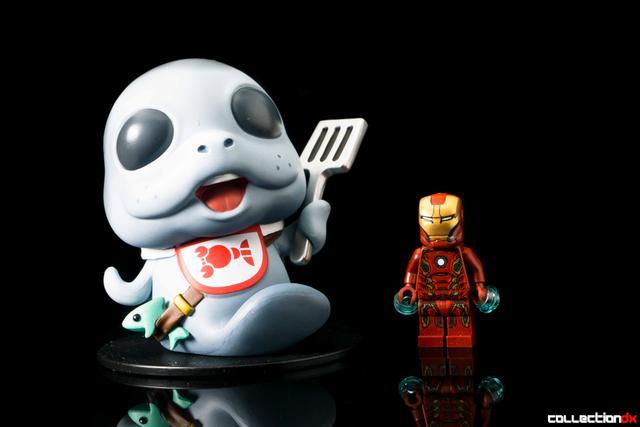 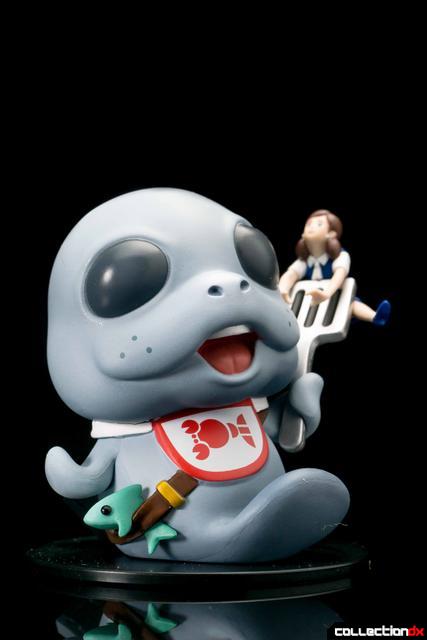 With zero points of articulation, Urf is still a nice little figure. The quality is nice and the paint applications are better than certain Japanese companies (I’m looking at you MegaHouse). Most people probably have zero interest in the figure, especially if you don’t play League of Legends, but it’s nice to see Riot finally making figures from their game. As the most popular game on the planet with over 120 playable champions, there is a surprisingly small amount of authentic merchandise available to purchase, but the Urf figure is a nice start. Riot has made a few of these cute little figures already, but the 25 dollar price point makes them rather expensive for something so small. Especially given the large champion pool, trying to collect an eventual 123 plus figure series really isn’t economically feasible for most people. I would have liked if these were made smaller and maybe sold as trading kits to allow fans to buy an entire wave at a time. At the current price, I don’t see myself buying all the currently available figures, though I will probably buy a few of my favorite champions.

As a bonus, Urf was sold with an extra bonus figure randomly selected which then quickly sold out. This bonus probably influenced my decision to buy the figure, but I like League of Legends, Urf, U.R.F and maybe Manatees, making it money well spent. These figures won’t be for everyone, but hey, people spend 10 dollars on Pop! Vinyls so why not give League of Legends a try? 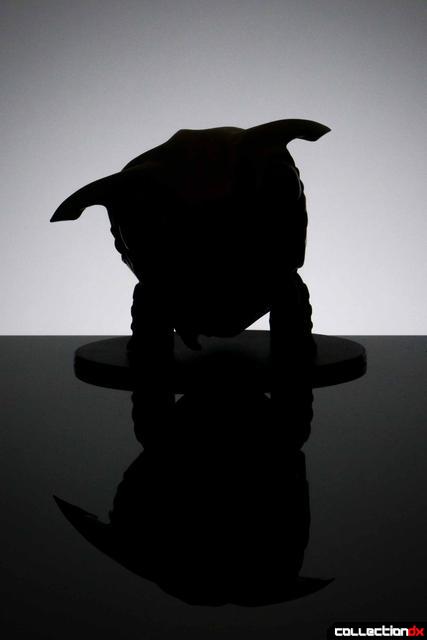