Lazerback is a new character in the Transformers Prime Beast Hunters storyline. He’s a Predacon, which means he’s a bad guy, and that’s all I know.

I’m going to get it right out in the open. I don’t like this toy. I’m sure it’s a fine toy, for those who are into beast-type transformers, but this is just not for me. I don’t like the aesthetic at all.

Let’s get this over with, shall we?

Lazerback comes on a nice blister card, with color representations of the figure on the front and back. There’s hardly any bio to speak of, and no levels (strength, intelligence, etc..). I miss those. 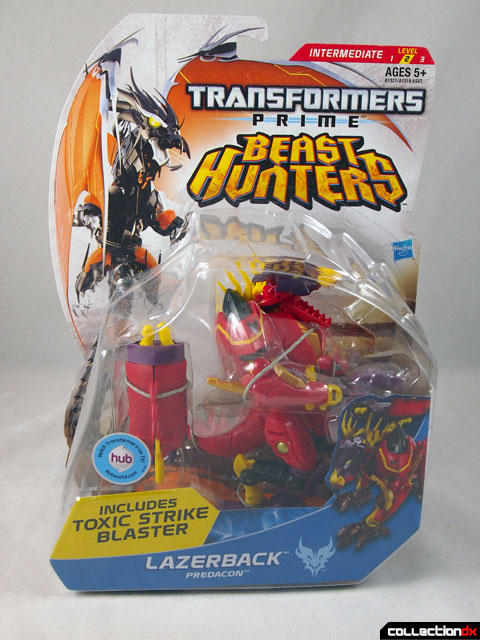 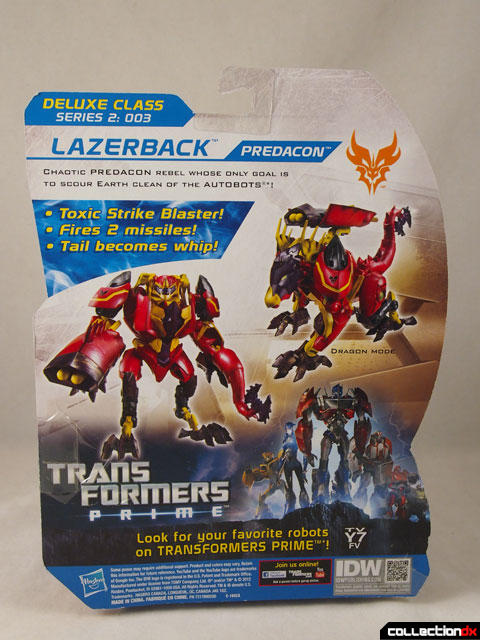 The toy is packaged in Dragon mode, so that’s where I’ll start. I’ve never seen a dragon like this. THERE ARE NO WINGS. Its pose is permanently crouching and the head doesn’t tilt up as much as you want it to. It’s a very lame beast mode. 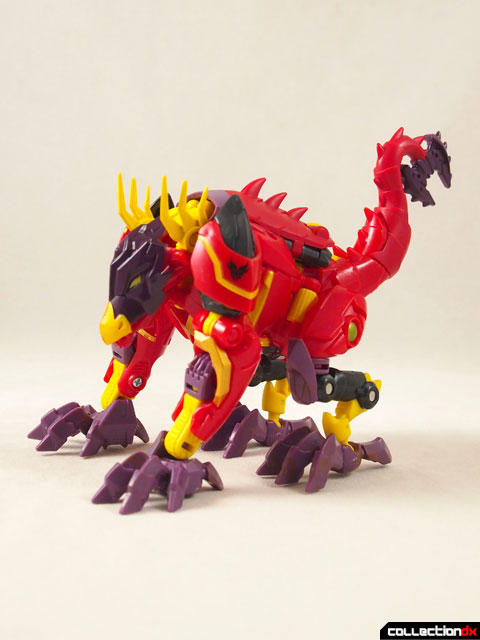 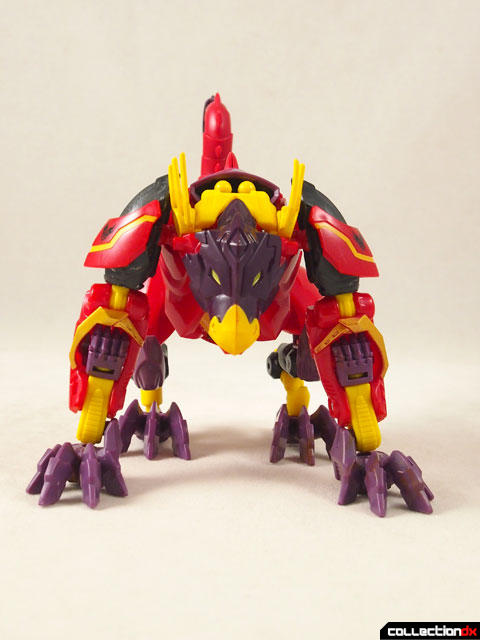 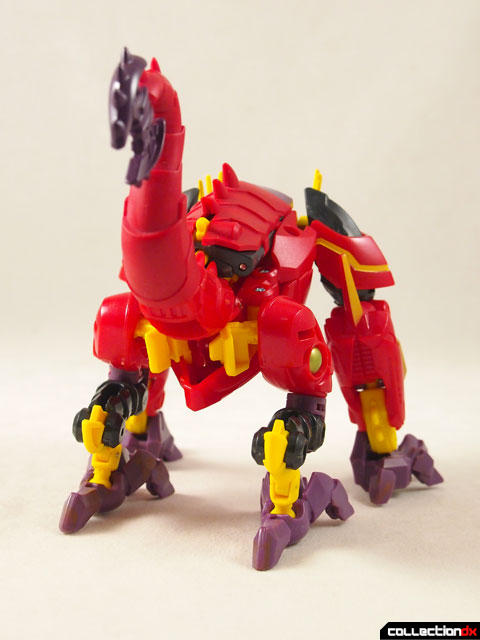 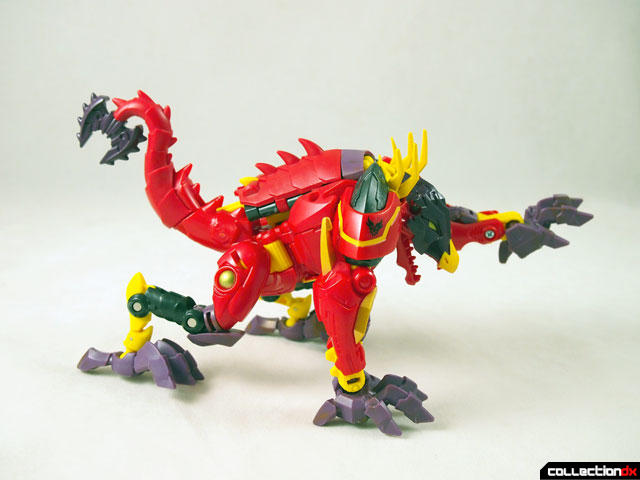 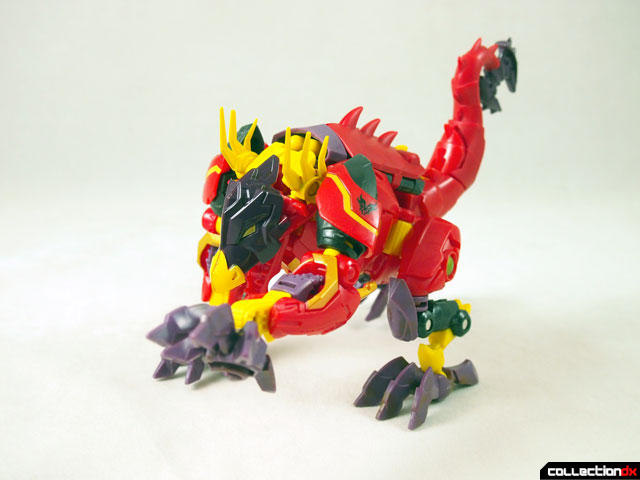 The cannon on the back can be extended and the flaps can open, but we’ll look at this in Robot mode. 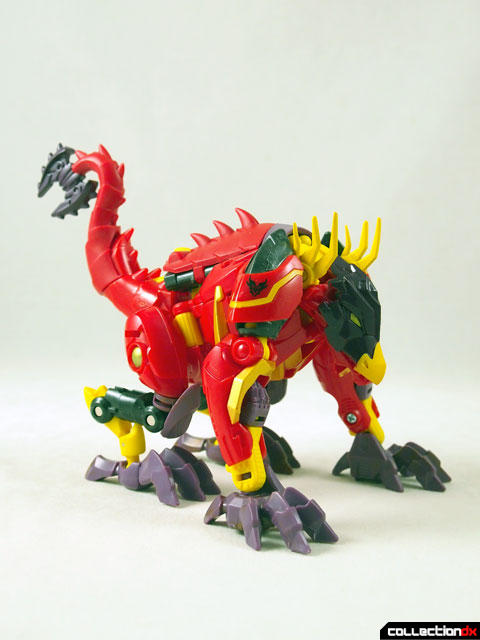 Robot mode is not much better. It’s sort of dorky looking with the not-at-all-well-hidden hands and the awkward triple jointed knees. The color scheme makes it look like a Ronald McDonald chicken robot. 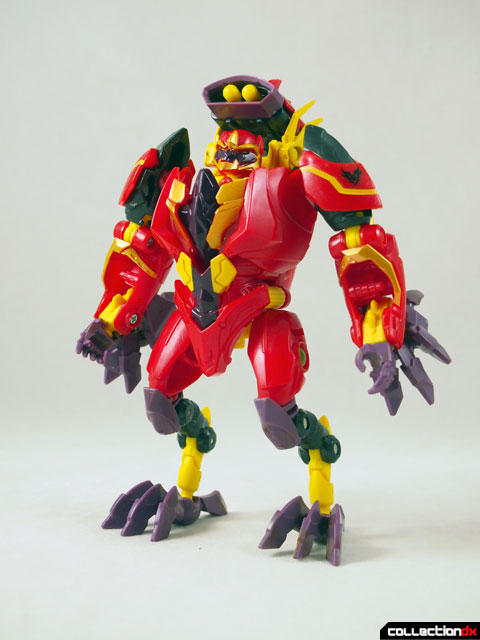 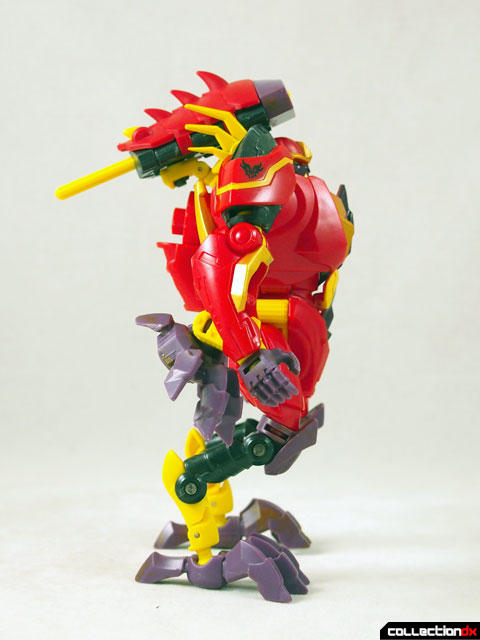 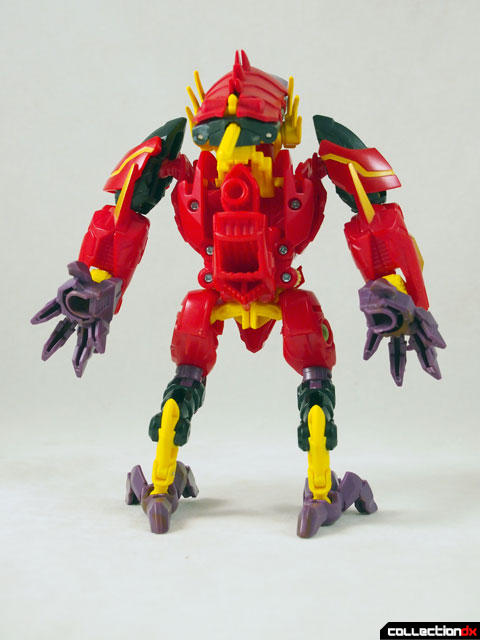 Paint and finish are below average. I had numerous underspray / overspray issues, with odd texture in the shoulders and some kind of gold spray on the feet. I couldn’t tell if it was intentional or not. 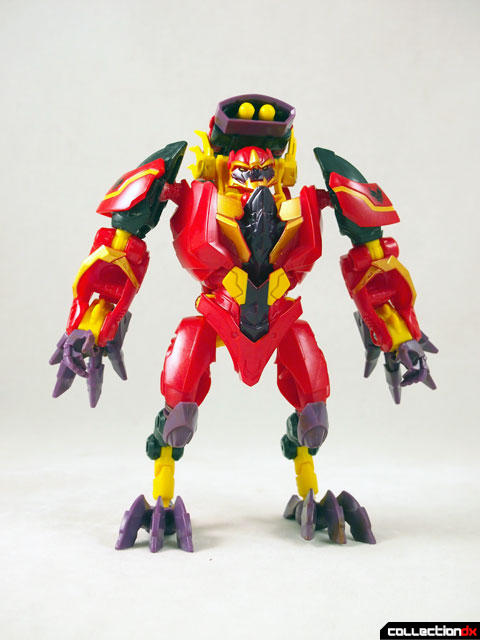 The cannon on the back can extend and the doors can open up for some reason. Most of the toy is rigid ABS plastic but these doors are rubber. They don’t actually reveal anything, they just look neat. The missile can be fired with them opened or closed. 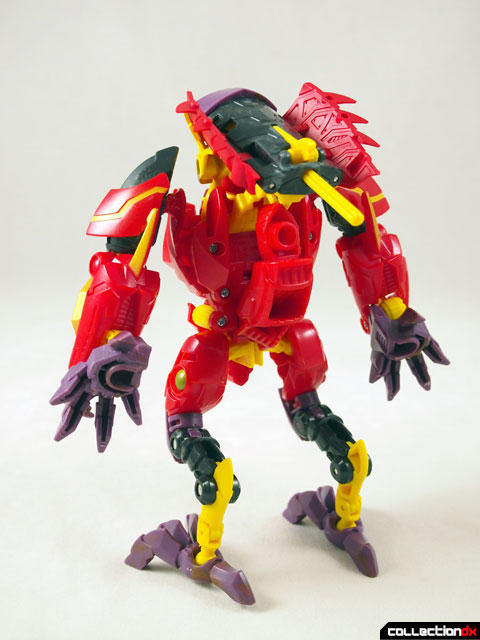 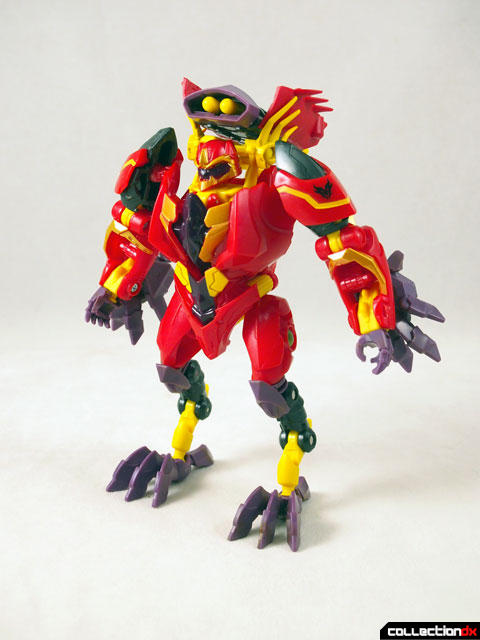 Did I say missile? Yes, although it looks like two missiles, it’s really one missile with a dual tip. 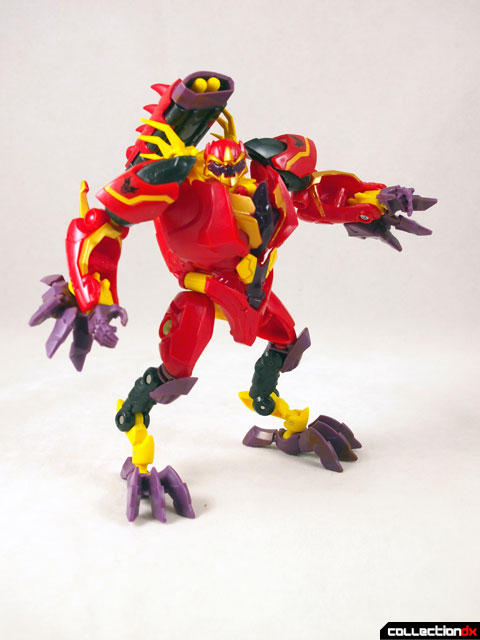 The launcher can be removed from the back and used as a hand weapon, although it’s a tricky fit with the missile inside. 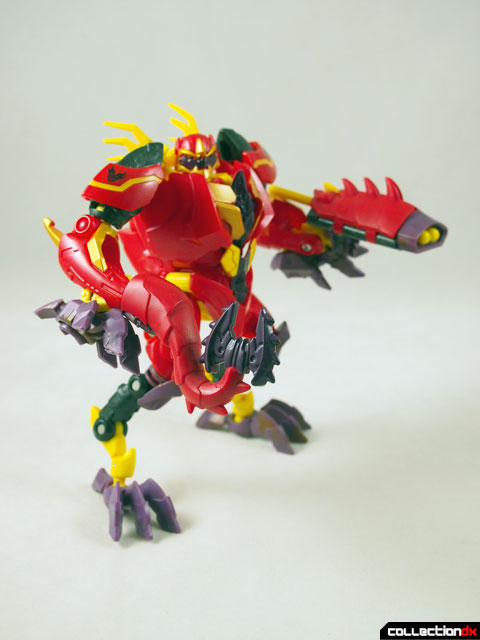 Lazerback looks really bad in both modes. And I'm saying this as someone who thinks Noble / Savage from Beast Machines is a great, underappreciated toy.

At first glance, I thought this toy was named Laserbeak, and I was all, "Transformers, you so crazy".

I'mm actually a big fan of beast mode Transformers and I find this to be a weak effort. I just want the new Abominus already.

I'm no fan of beastformers generally, or this line specifically, but I think you overlooked something when you criticized the lack of bio on the package. I understand from other reviews that this line has some of the best bios in ages written into the instruction booklet, including a running storyline that continues from one figure to the next. You gotta admit that's kinda cool, anyways.

I am a huge Transformers fan, I've bought almost every figure from every line since Armada. Beast Hunters is the first line I have bought zero figures. It truely saddens me, but on the other hand it is the reason I started buying SOC's.

I actually like the dragon mode on this guy, and that's what I bought it for. Robot mode is just kind of there and the transformation is nothing special but the beast mode is actually pretty fun, I think. It makes me thing of something more like a demon of some sort than a dragon but I do like it.

I like the way the launcher works and I enjoy how it can mount on the back or be handheld. Gotta agree with the awful tail-weapon though

I dunno, but it looks like an alien animal in Bionicle.

'Dragon mode' looks OK, but not great, but that bot mode just looks like a Power Ranger who has let himself go too much! I just cant get enthusiastic about the Beast Hunter sub-line, especially as Hasbro seem unwilling to step outside the 'stand the beast mode up and use the tail as a weapon' transformation.