The character of Kylo Ren is clearly poised to be the new big bad guy in The Force Awakens, but seeing as how he is one of the early release characters, he may not be all he appears to be. Played by Adam Driver (from HBO's Girls), he has the appearance of a Sith, but he does not have the Sith "Darth" prefix. Popular rumor is that he is a Force Sensitive who collects Sith artifacts while working for the First Order.

Here's my thought: we're all being trolled. JJ Abrahms has a history of secrecy and misdirection in regards to his projects, and none are more secret than this new Star Wars movie. I think we actually have not seen the big villain in the movie yet, and these are very carefully calculated leaks in order to shape our perception of the film. Time will tell.

Regardless, Kylo Ren is a badass looking character.

The box is the new Black Series style, with the nice, bold number on the side. 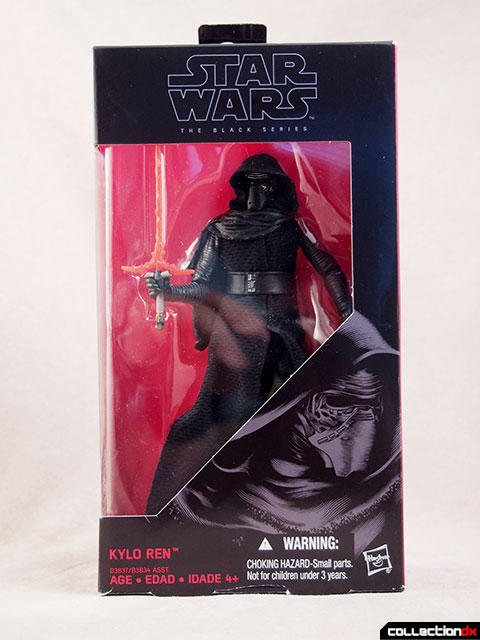 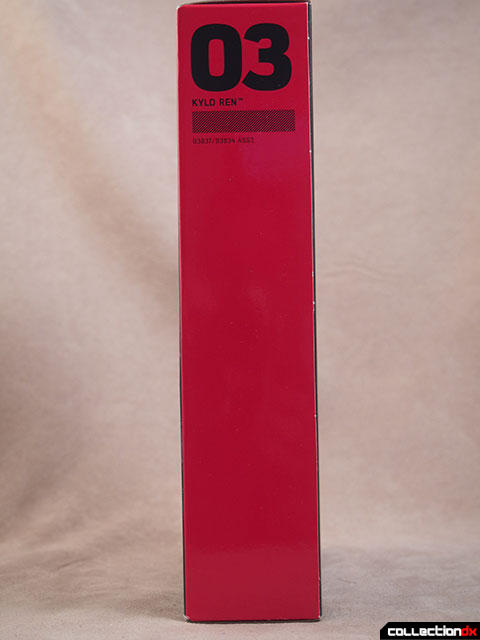 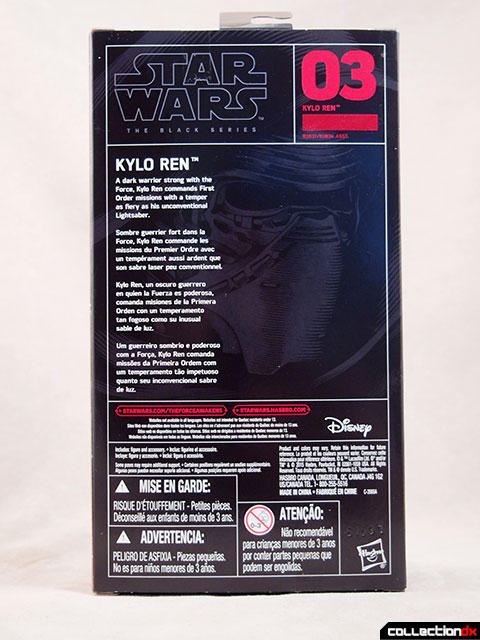 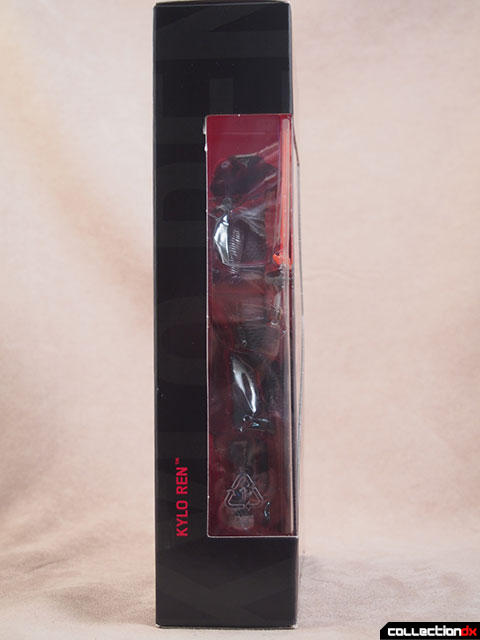 The figure is stunning, with a mix of soft goods (cloth) and plastic for the cloak and a fully articulated figure underneath. 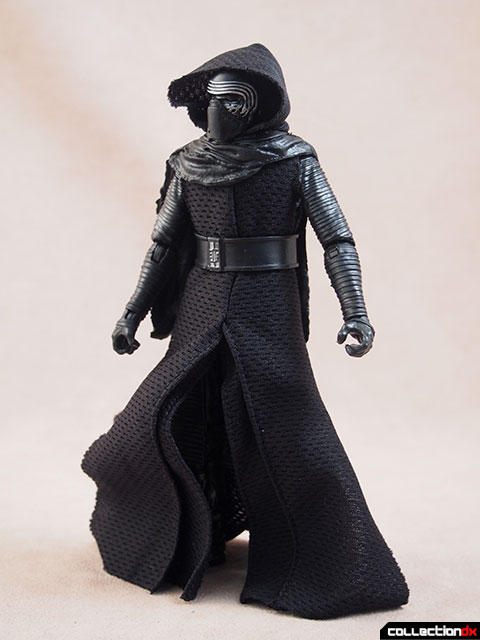 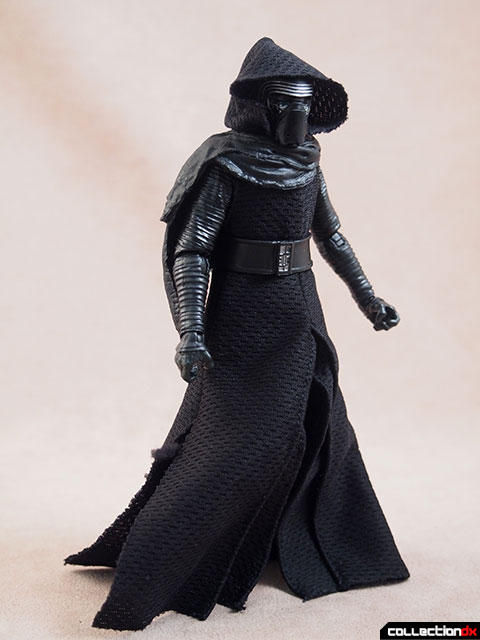 The core figure is simple, basically a dude wrapped in black leather. But the cloak is phenomenal. Sometimes the soft goods don't look so hot - in this case it looks fantastic. He's equal part Grim Reaper and Ring Wraith. 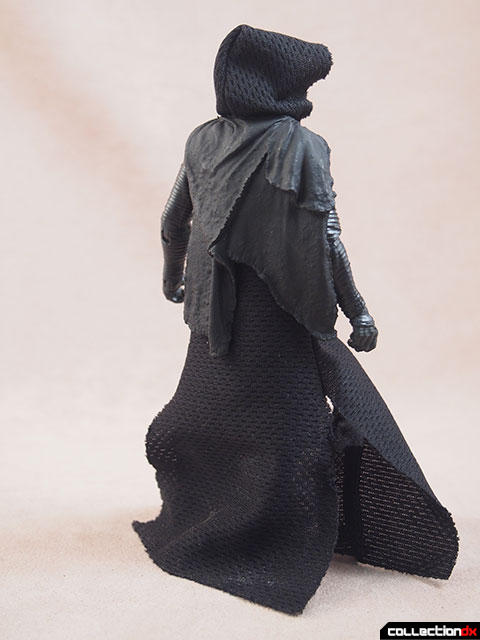 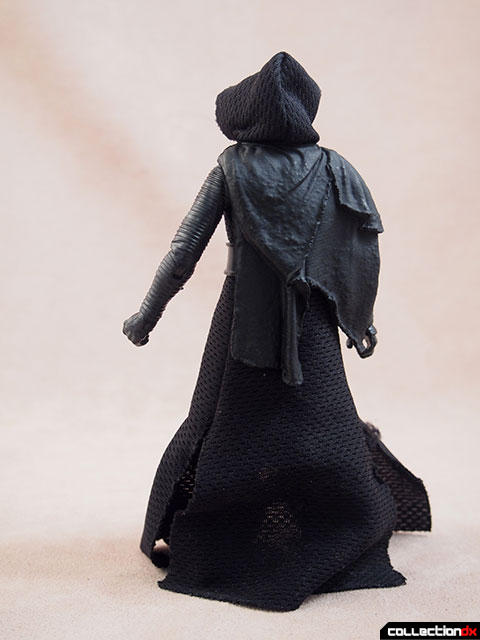 Kylo Ren includes his tri-bladed lightsaber. The blade is removable from the hilt. 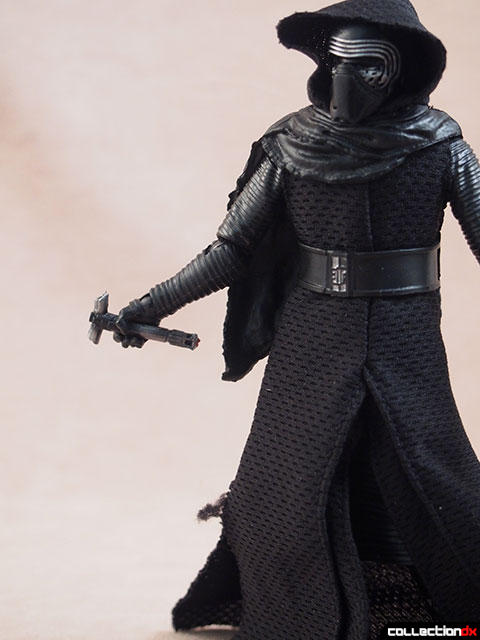 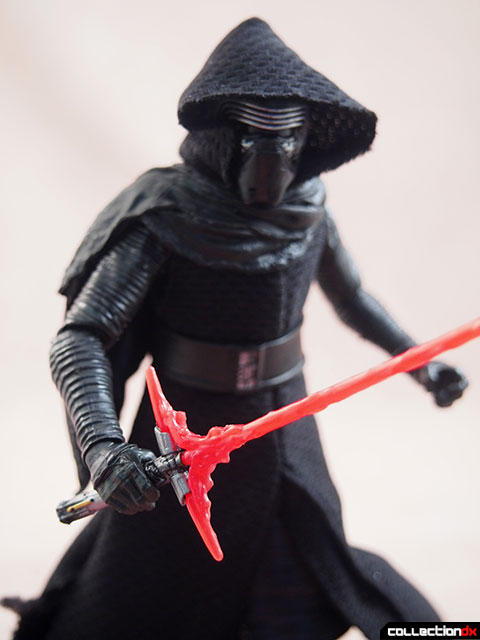 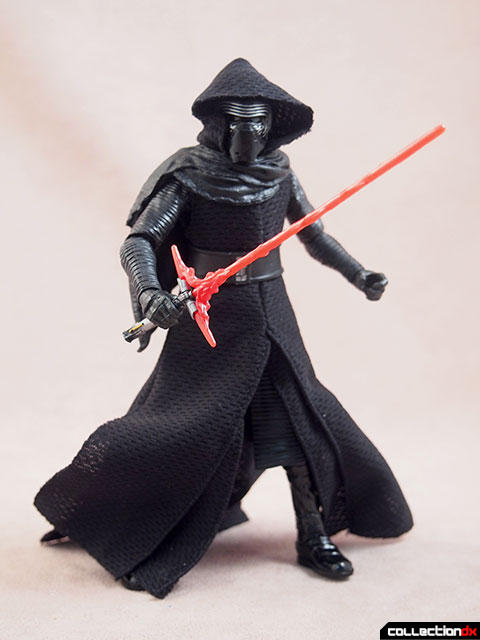 As you can see, you can get some great poses out of him despite some limitations due to the cloak. 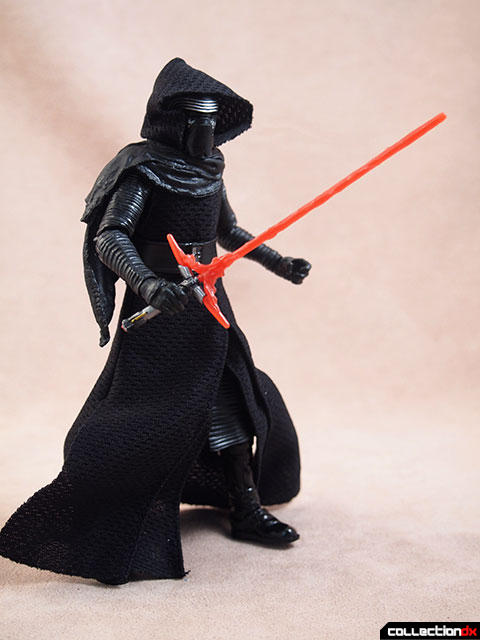 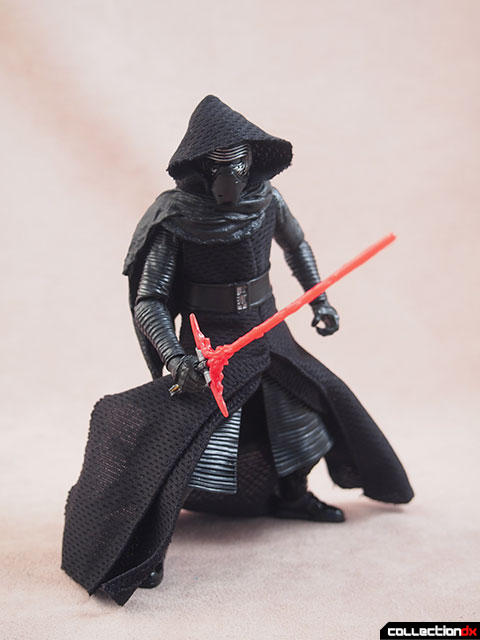 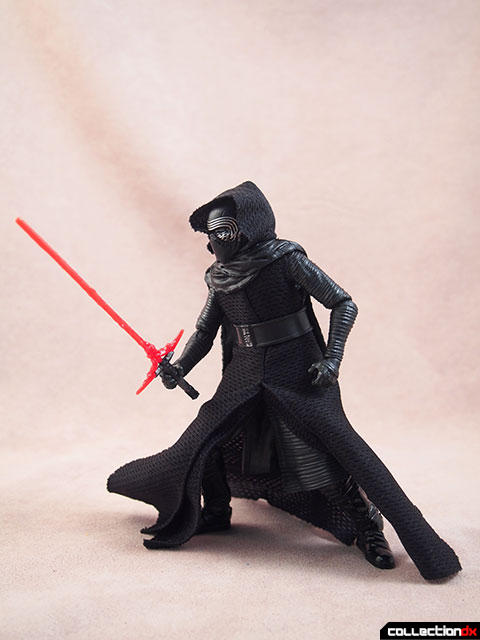 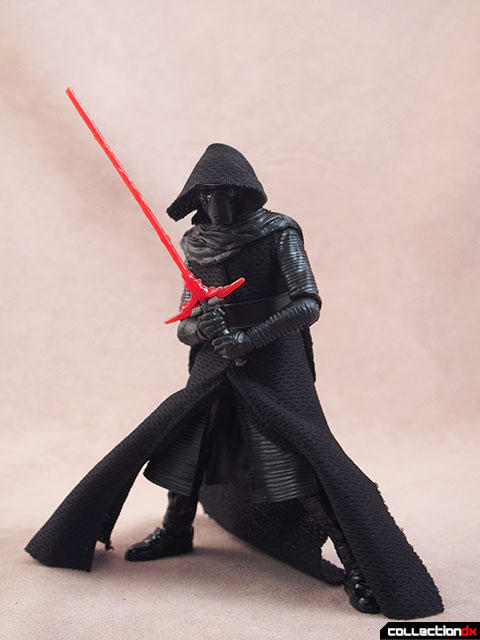 So, what is underneath that hood anyway? 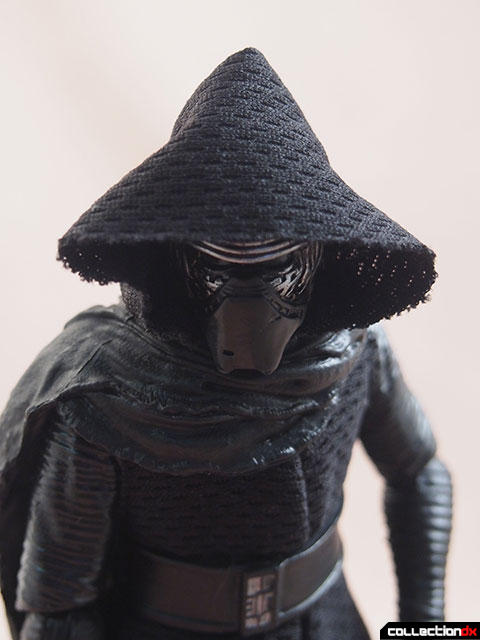 As you can see, it's somewhat Vader-like. The mask covers the front, while a helmet covers the rest that flares out in the back in a sith-like fashion. It's very cool. 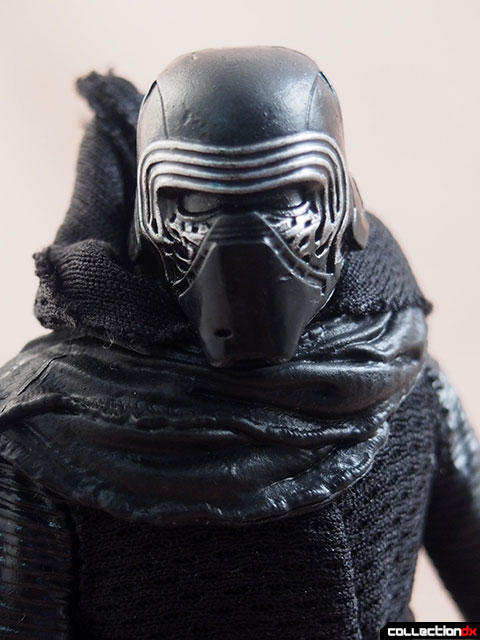 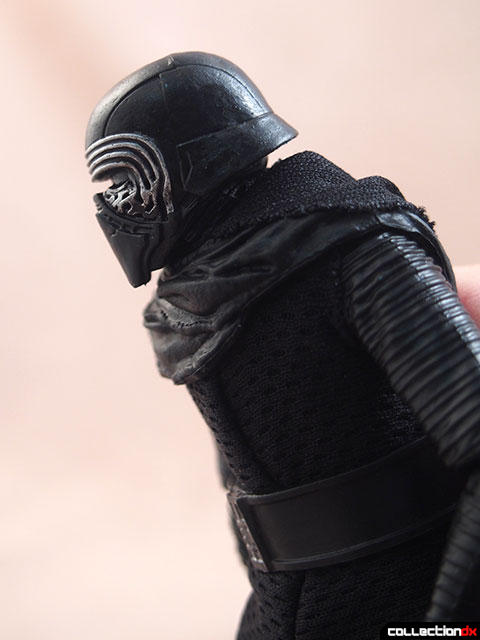 Kylo Ren appears to be a great villain, I can't wait to see him in context in The Force Awakens this December.

So Darth Vader had a samurai helmet, and now Kylo Ren has a Wehrmacht bucket? Hmmm...

Damn it, Josh, now I keep calling him Rylo Ken in my head.

Ugh.. I kid you not, I think I have dyslexia. I do crap like this all the time. it's so odd. I don't even realize i'm doing it. Thanks for letting me know.

It's not just you, man.
Star Wars Names have always had that problem:
San Holo. Foba Bett. Varth Dader. Ken Benobi. Edge Wantilles. Peev Shalpatine.
They're all made up names, so they work either way.
Kylo Ren is just another in a long list of Star Wars names that can swap the first letter in the first and last names and still sound perfectly Star Wars. 'Rylo Ken' just has the bad luck to stay stuck in my head forever for some reason. :D