You've heard the story a few times now. Wal-Mart wanted to carry the Pacific Rim line, but NECA had to cut corners to get them in under a price point. Wal-Mart backed out and left us with lackluster Jagers and Kaiju.

This new version Knifehead is NECA's attempt to make the Kaiju they wanted to make in the first place, and it's pretty damn good. 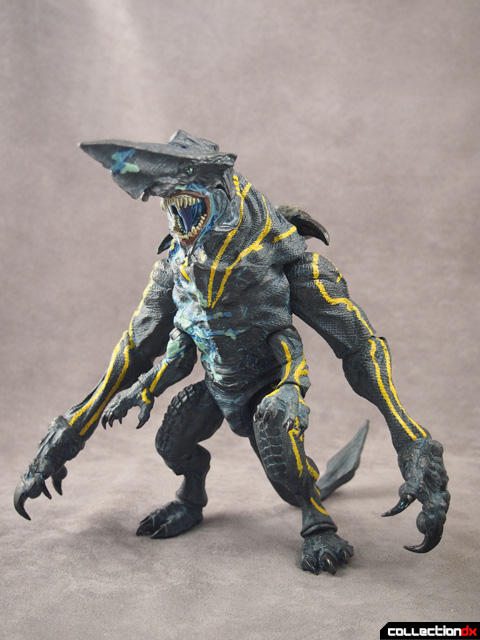 Everything is better about this version. The size, the sculpt, the articulation and even the paint. 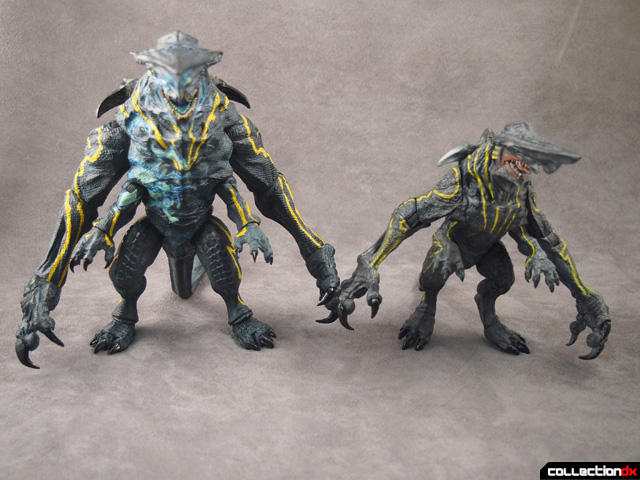 NECA did an interesting thing with offering this as a "Battle Damaged" version. The blue paint is striking but I would have much preferred an un-damaged one. Fortunately, the only "damage" is the paint, which could be removed by someone with skills in such things. 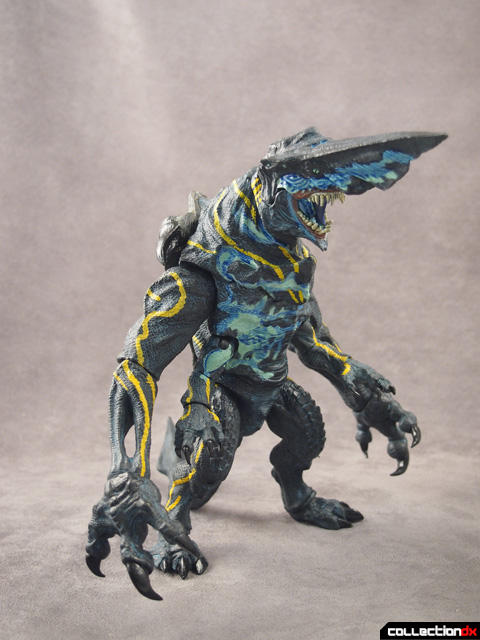 Knifehead shares the same body as Scunner and Tresspasser. That makes it easier to make more kaiju. We've already got Tresspasser and Scunner is on the way. 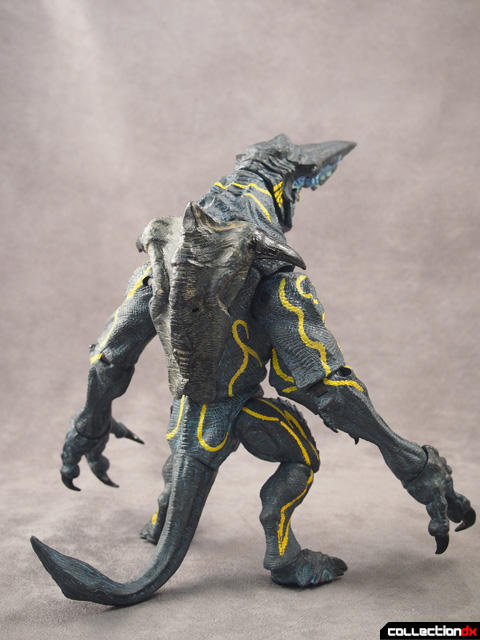 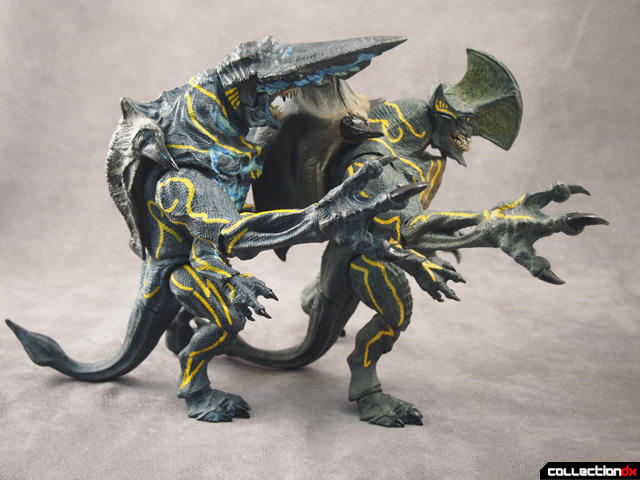 Knifehead looks great. There's lots of articulation and the jaw opens. God forbid I get one without a problem though. Apparently the tongue on mine was wedged in upside-down. I was able to pull it free and put it in the correct position, but it just falls out if you look at it wrong. 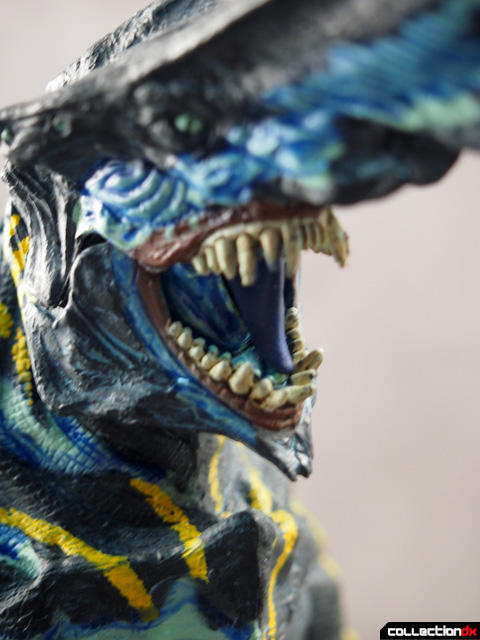 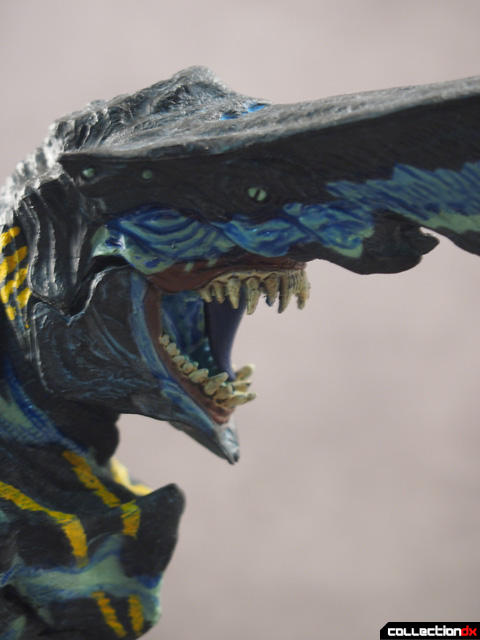 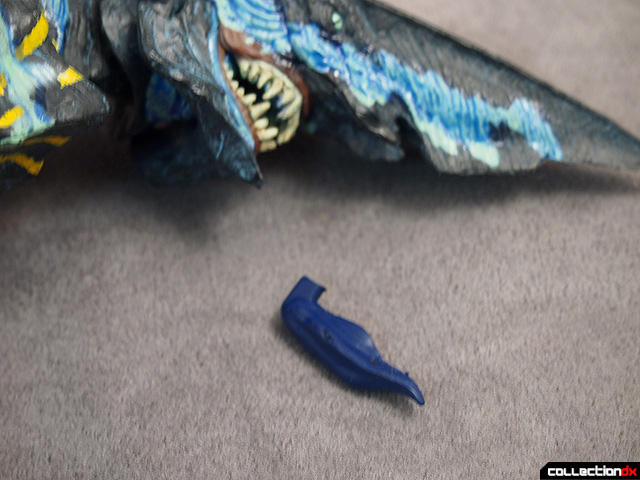 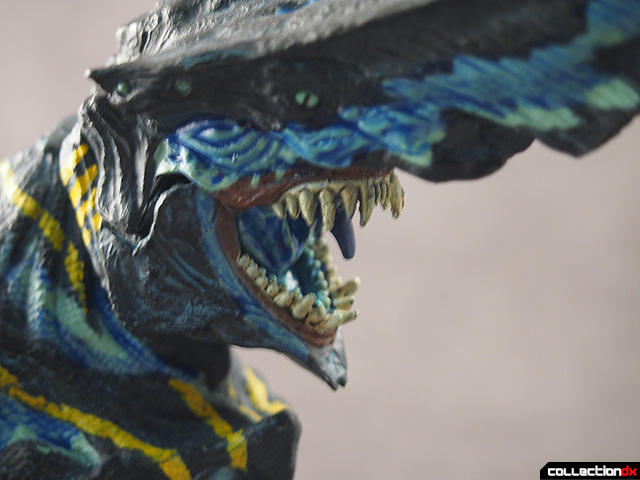 On the plus side, if you remove the tongue you can close the mouth. 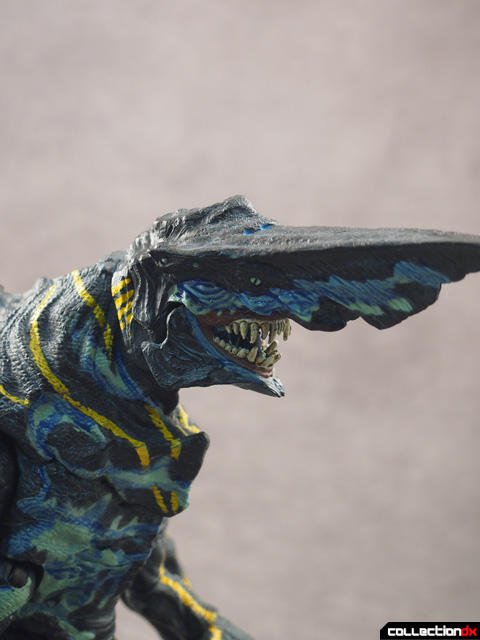 With his arms spread wide, it looks as if Knifehead wants to give you a hug. 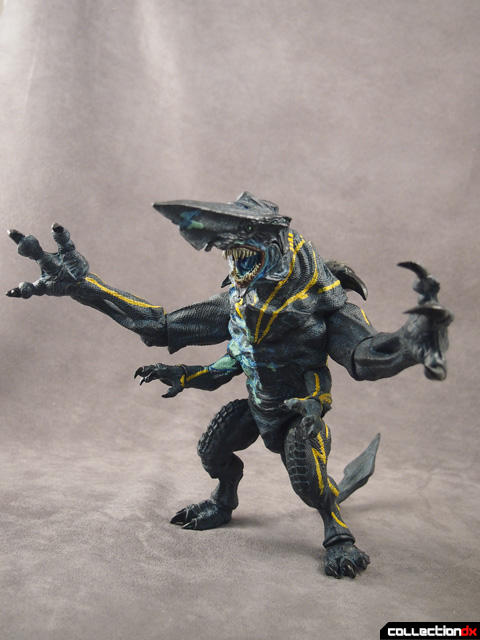 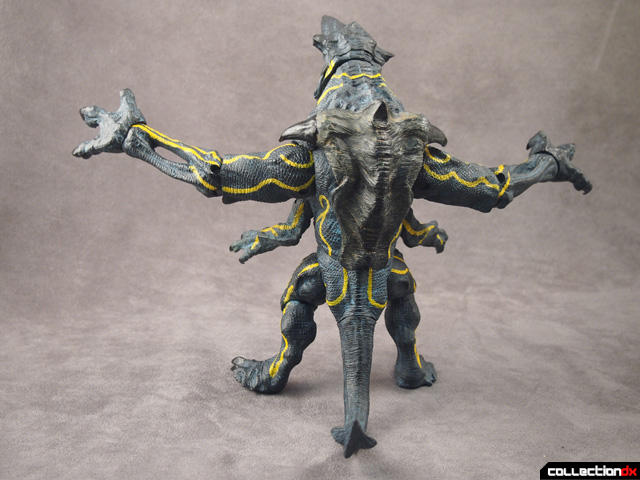 As with the others, the tail is bendable which helps greatly with stability. 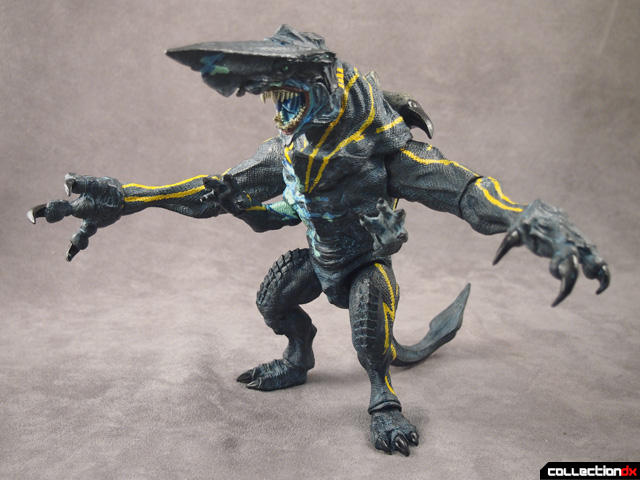 This is the way the NECA Kaiju should have been done in the first place. I'm eagerly looking forward to the rest. 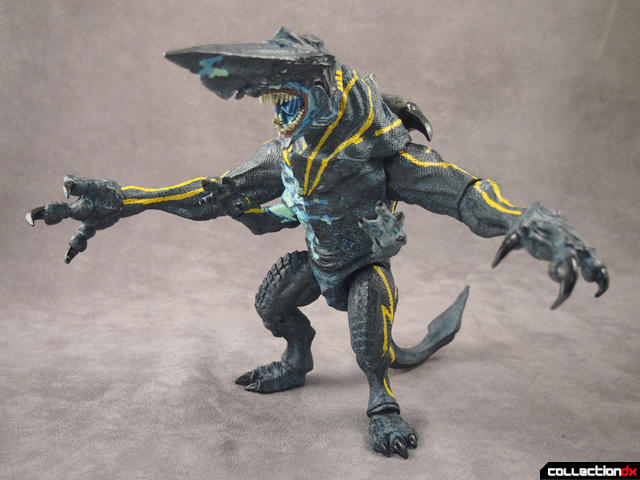 3 comments posted
Wow, that is one scary

Wow, that is one scary looking kaiju.

Well this is a surprise, I hadn't realized the 'damage' was only paint.

It's a pretty cool figure, and I was really considering repainting it to get rid of the Kaiju blood stains. I might do it some day. I got the Trespasser for my daughter, but didn't get one for me. It didn't seem as cool as the Knifehead IMO. So now I'm just waiting for the "Essential Jeager" pack with Crimson Typhoon & Striker Eureka. I also had these two before, but my daughter took them from me. ;)