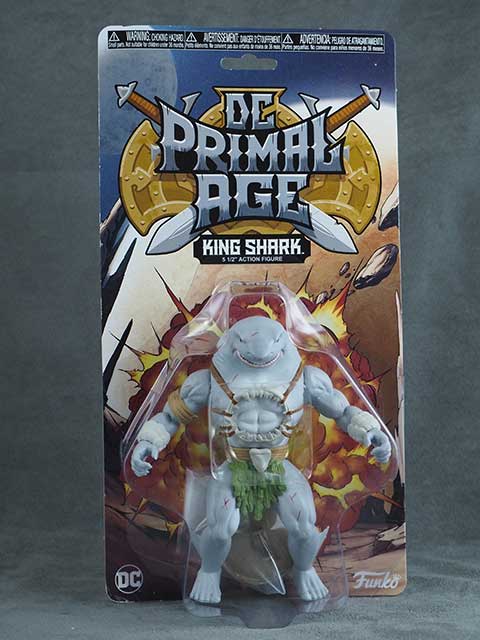 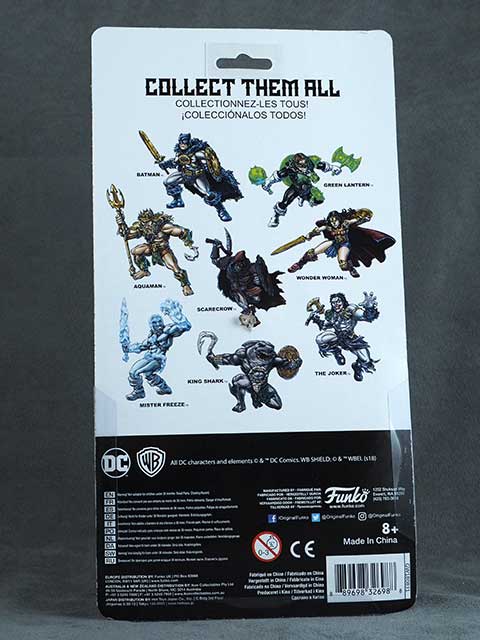 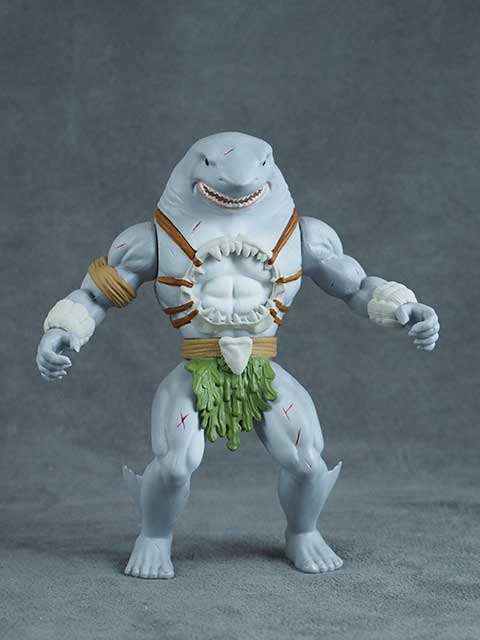 If this line had to exist just to create this one figure, I would be happy.

He's a shark man, who wears shark bones on his body. That's badass. 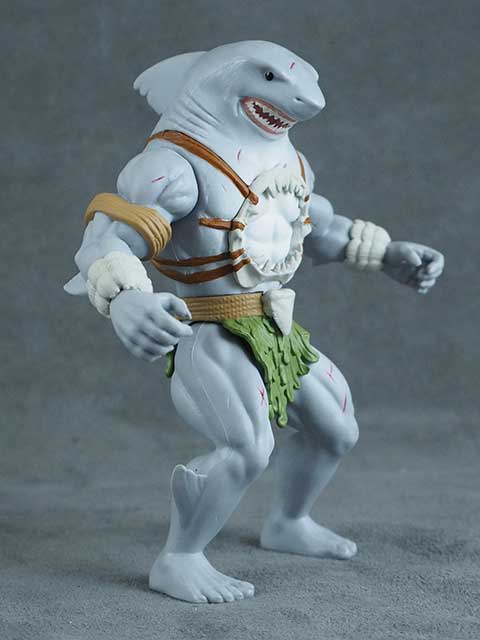 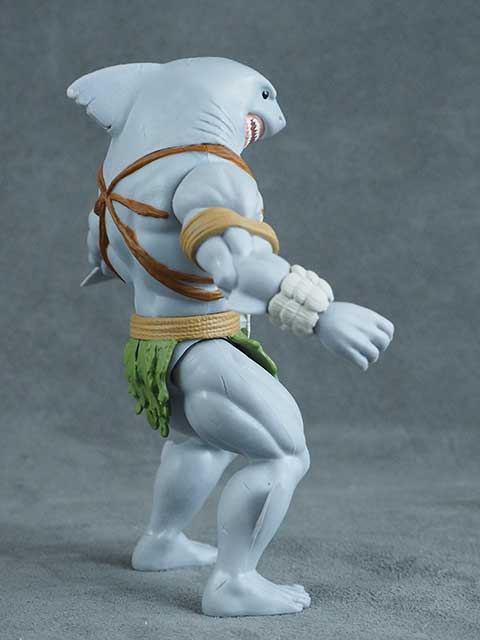 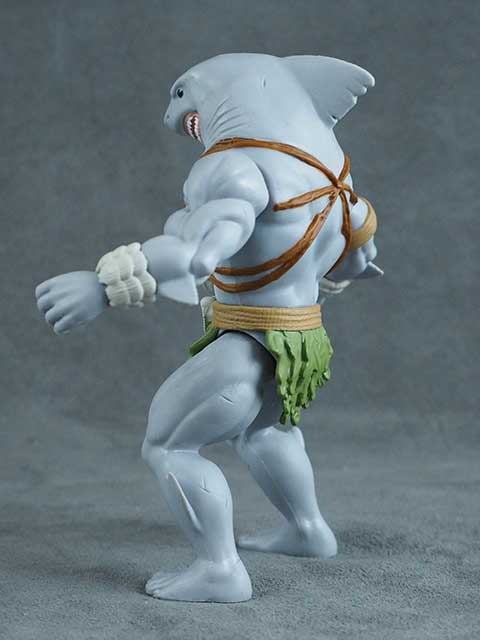 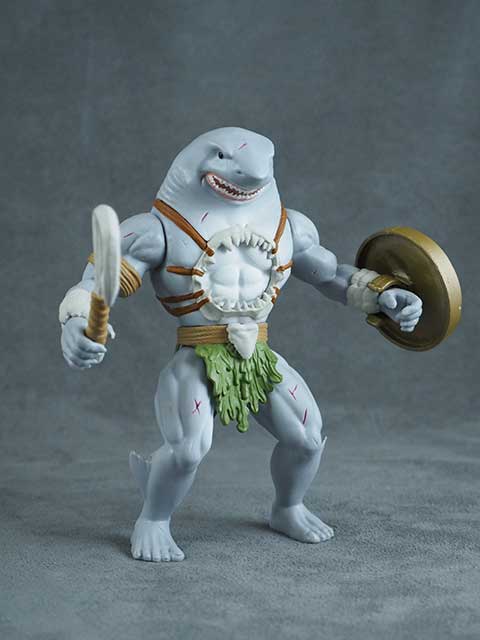 King Shark's weapons include a sort of whaling hook, and a shield, which of course has waves on them. Of all the characters in this Primal Age line, King Shark I think is the only modern one, debuting in 1994. 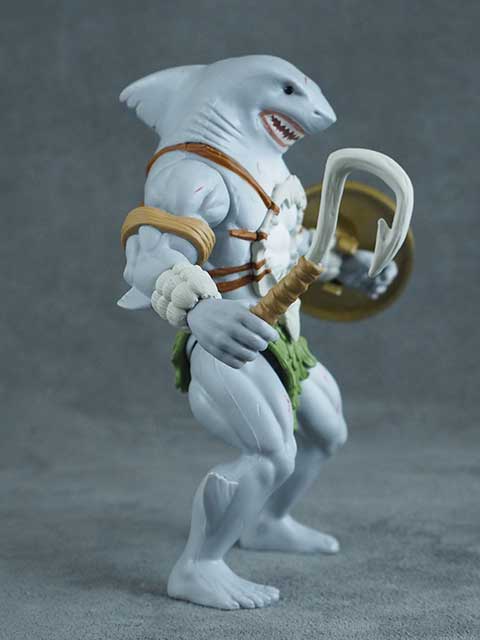 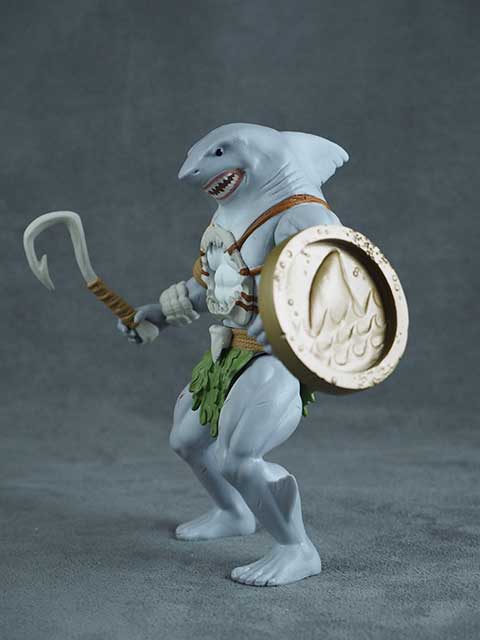