I've quietly been on a bit of a King Kong binge lately, getting a few different things here and there that have enhanced my giant monkey collection. One of these was the small size Imperial Kong that I managed to score for very little money awhile back. I specify the "small" Kong because remember that there was that large size Imperial Kong that I lucked into a while ago. Really, that was the start of my Kong fixation, if one could call it that. 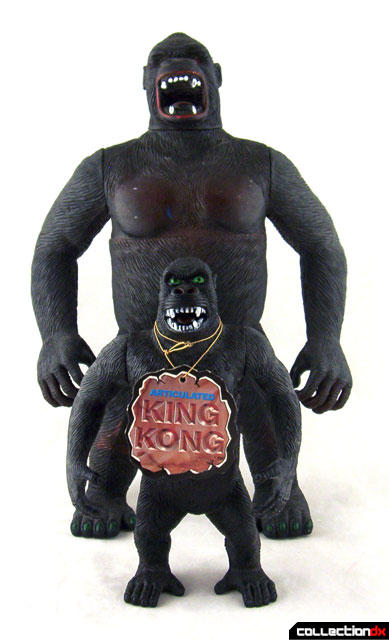 As you can see, the smaller Kong I got comes with a tag around the neck, but it was also released on a card with a bubble sealed around it. Although it's the same toy, I'd like to get one of those someday, too. But for now, I'll have to settle for just this one. 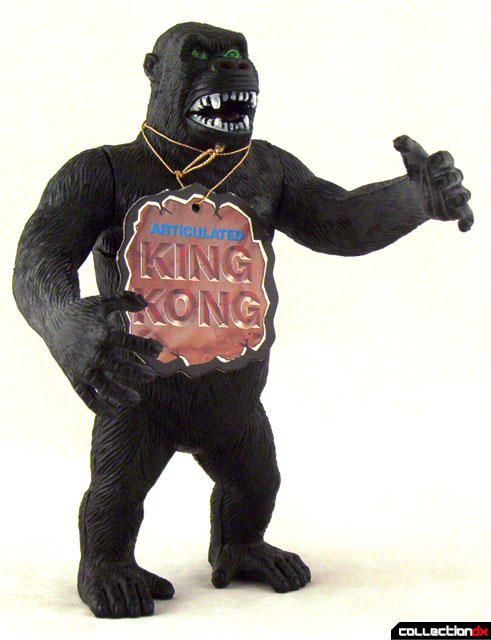 This Kong is about 7.5" tall and is made of very thick, almost rubbery vinyl. The arms move up and down, but that is it for articulation. It would have been nice if the neck moved like the bigger version. Ironic then that the tag should bother to specify that it's the "Articulated King Kong". Yeah, barely.. 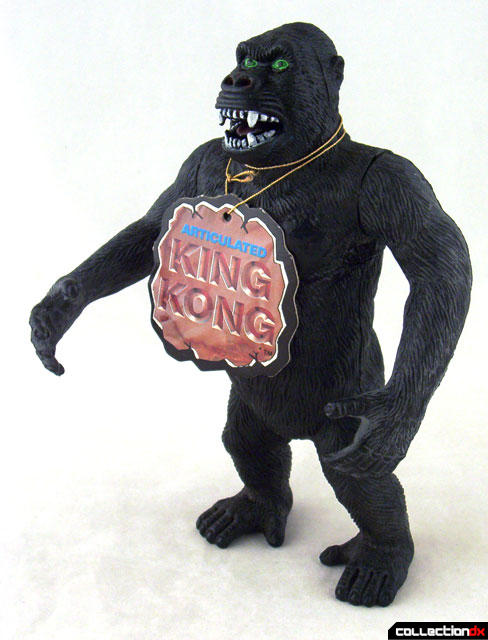 Anyway, this isn't too impressive on its own. It's best enjoyed in a group with other Kong items. 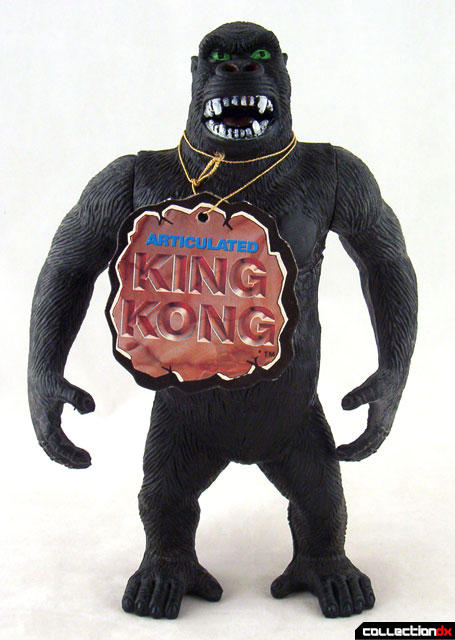 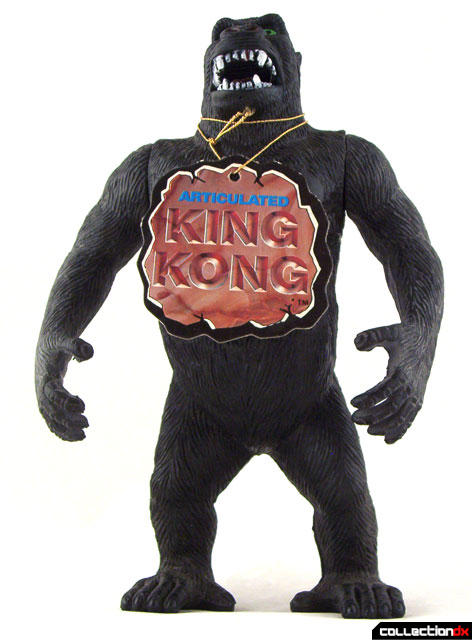 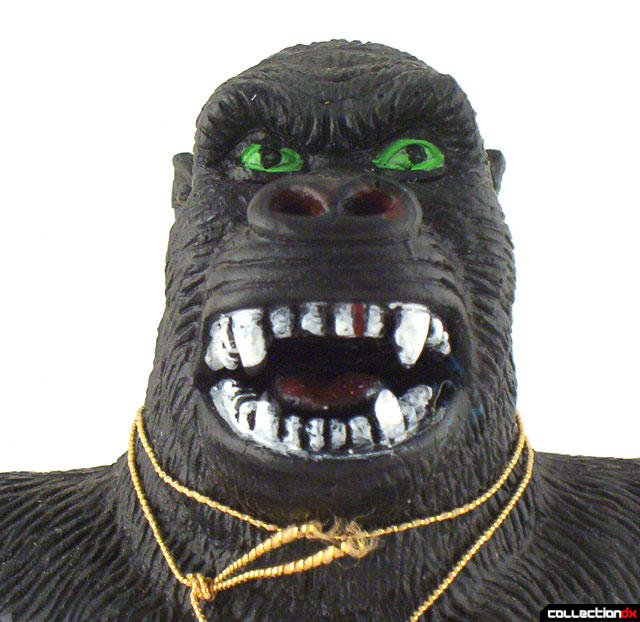 I need a HUGE sign strung around my neck at all times:

Much of my childhood can be attributed to this toy.