The Jumbo Isis Megazord was the second of Bandai Creation's Power Ranger Jumbos to hit the market, following on the heels of their Jumbo Wild Force Megazord. In terms of pure size, it might be one of the most impressive Jumbos ever. Not only does it stand approximately 23" tall, but it boasts an impressive 35" wingspan! Among toys considered to be in the Jumbo Machinder family, only the World's Greatest Monsters Rodan can claim to have a bigger set of wings. 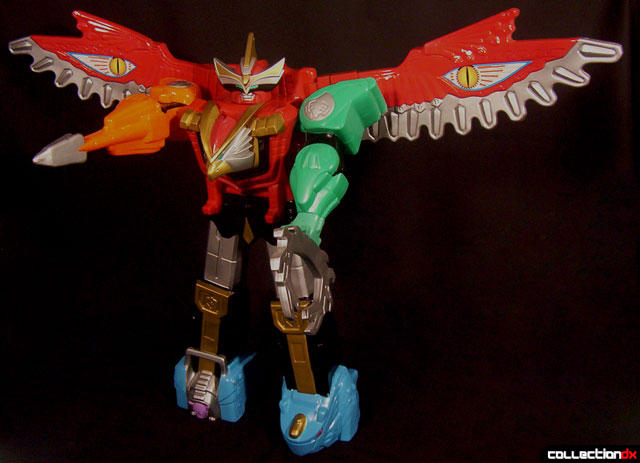 Obviously, such a large toy would not come pre-assembled so you have to attach each wing into the back. The piece it attaches to has what looks like a hinge, but unfortunately the wings do not move at all. The eyes in the wings are stickers that need to be applied. This is the only Bandai Creation Jumbo with stickers, which is a shame as it really helps recapture that old school toy feel when you have them.

In addition to the wings, the soft vinyl head needs to be inserted over the knob on the neck and the handle placed into the back. As usual, I've not put the handle on mine because apparently once in, they don't come out. 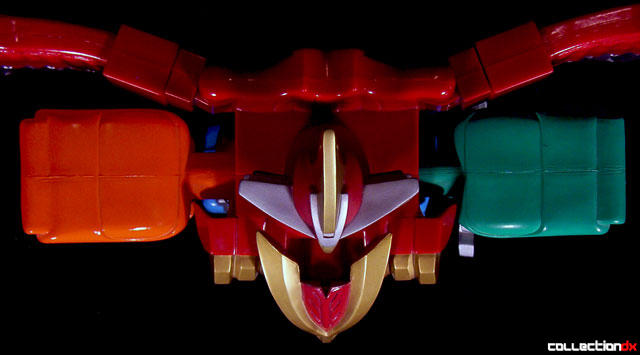 I really like the design of the head and the chest but where most Jumbo fans lose interest is again in the animal based design. This piece in particular is a bit frustrating because it doesn't have anything even remotely resembling hands. And I think the feet look pretty awful. It's always been my biggest complaint with the toy. They lack symmetry and detail in my eyes. They look much better on the DX version

The box for this toy measures approximately 22"x18"x9". One of the things that I've always thought was pretty cool about the Jumbo Megazord boxes is that they can be displayed two ways. You have both portrait and landscape images to choose from. The problem though is that the boxes are so large that, in addition to large shipping costs, it's just simply hard to find room to actually display them. And perhaps because of their size and cumbersome nature, I find that it's been surprisingly difficult to keep them a tip-top condition, despite the fact that they are made out of stronger cardboard than vintage boxes. 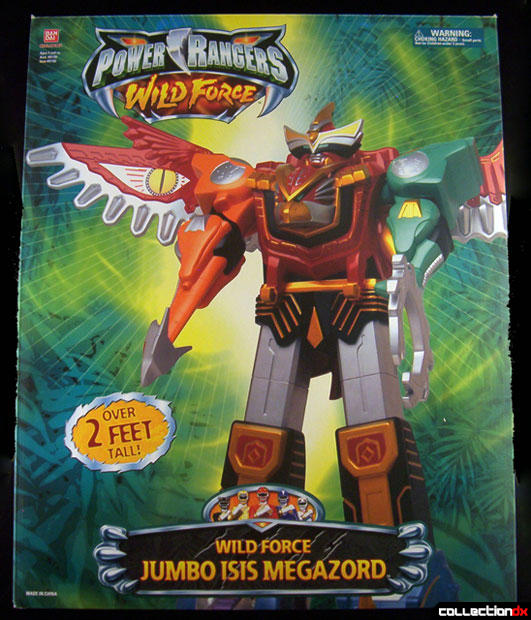 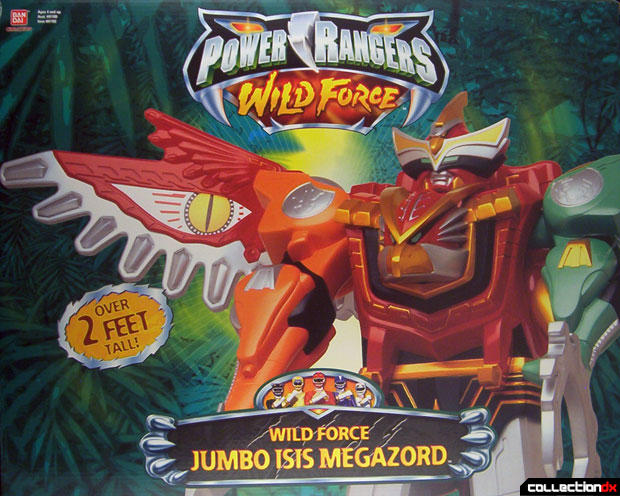 Now I liked these toys from the beginning. I felt that even though their sentai designs were drastically different from classic super robots, a $30 Jumbo that you could walk into a store and buy was worth having. But lately I've even warmed up more to the sentai aesthetic. Seeing JoshB's collection and even having recently been given a box of incomplete DX Megazords has helped, but I really think it might have been seeing the displays at the Bandai Museum that did it for me. Seeing the sentai stuff alongside the super robots, kaiju and tokusatsu items seems to have lent legitimacy to them in my eyes. Man, I HATED Power Rangers when I was younger. And while I still wouldn't watch the show, I'd kill to have more of these toys being made today. 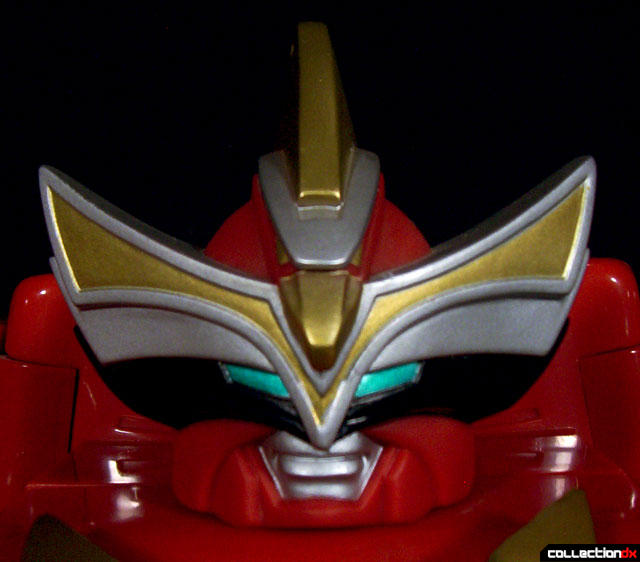 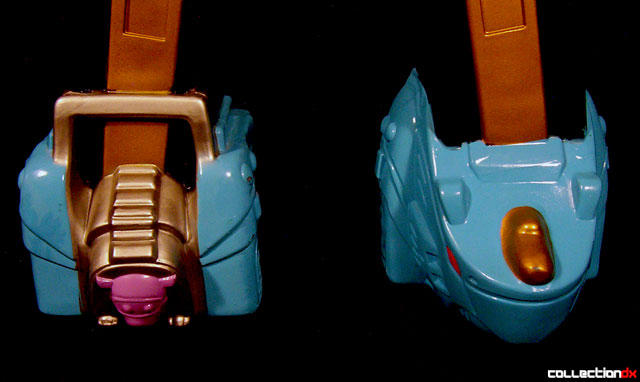 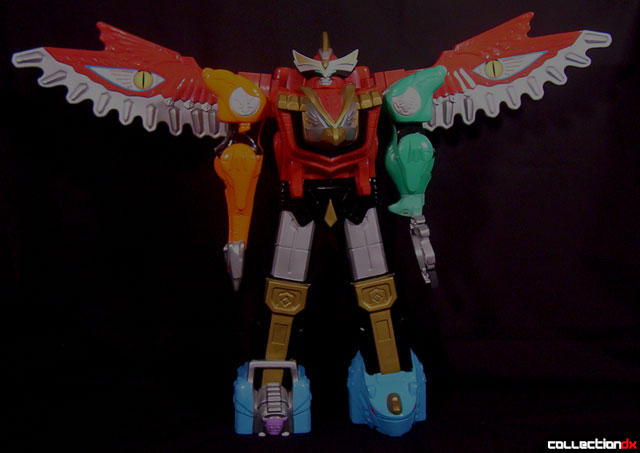 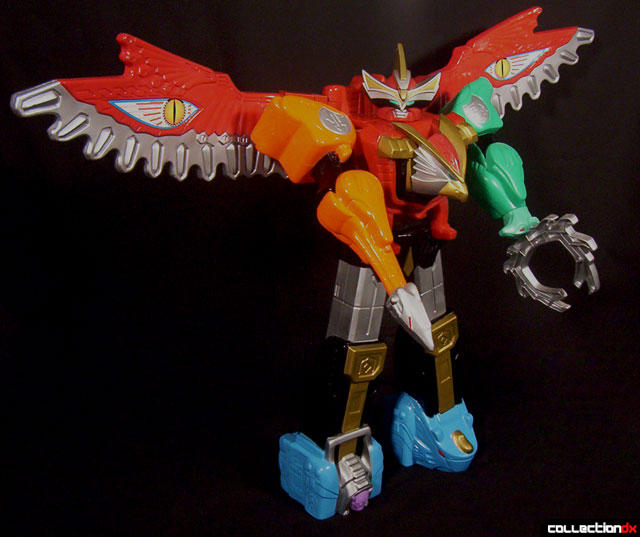 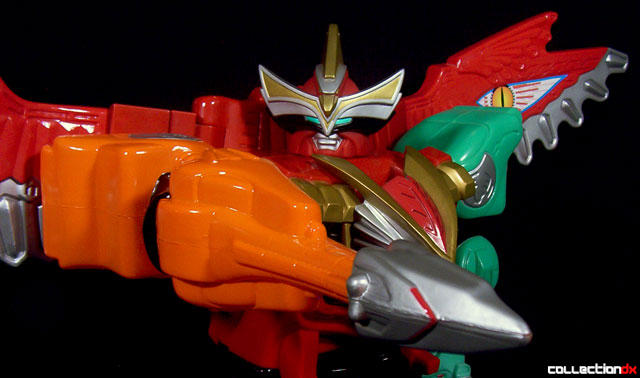 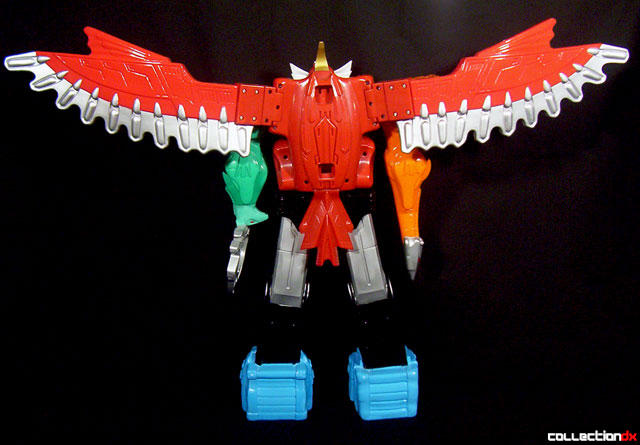 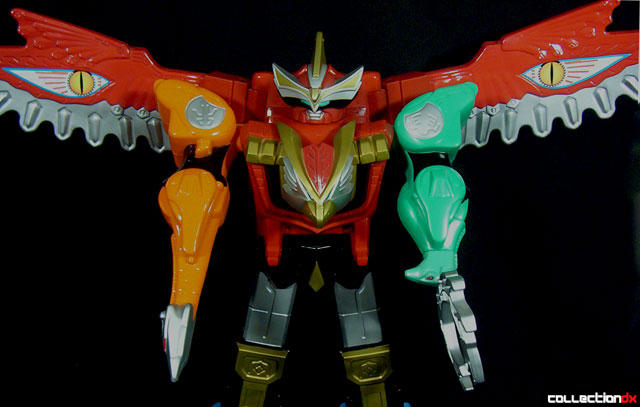 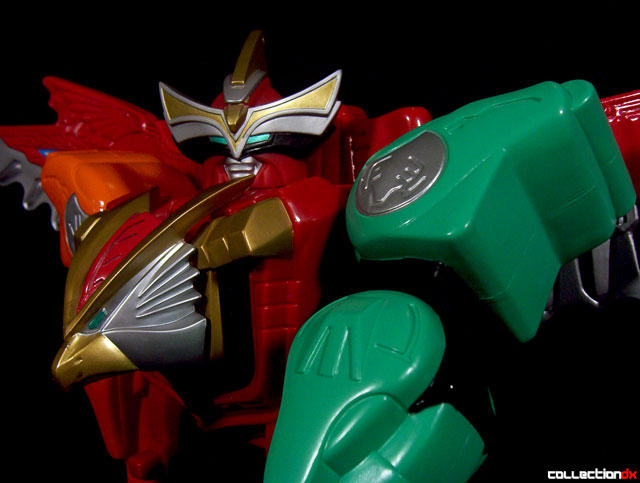 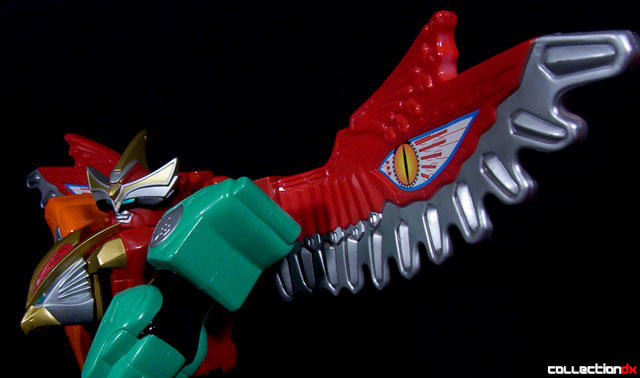 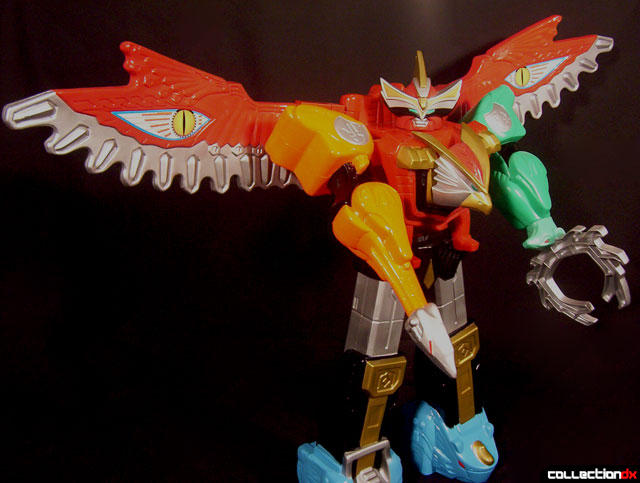 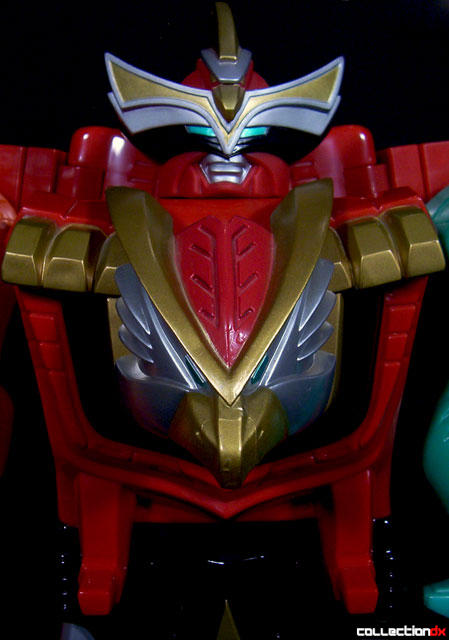 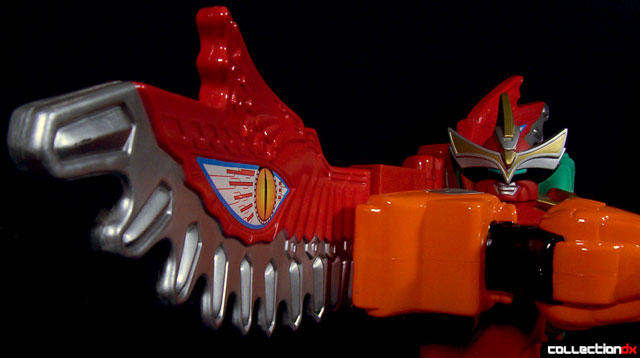 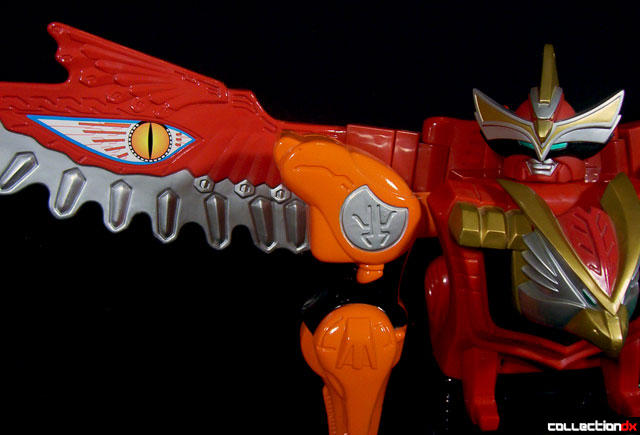