Like in MOTU, the hero characters had savage beasts to ride into battle on. These animals were simple, non-articulated figures with saddles for characters to ride on. Funko continues this concept in the Savage World: Primal Age. Each battle animal comes in a large window box. 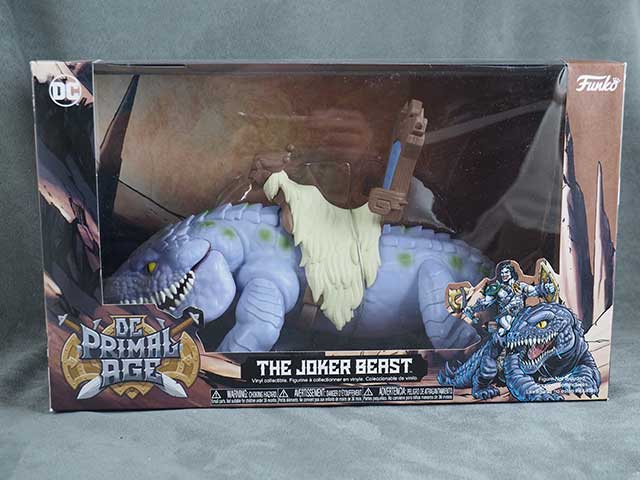 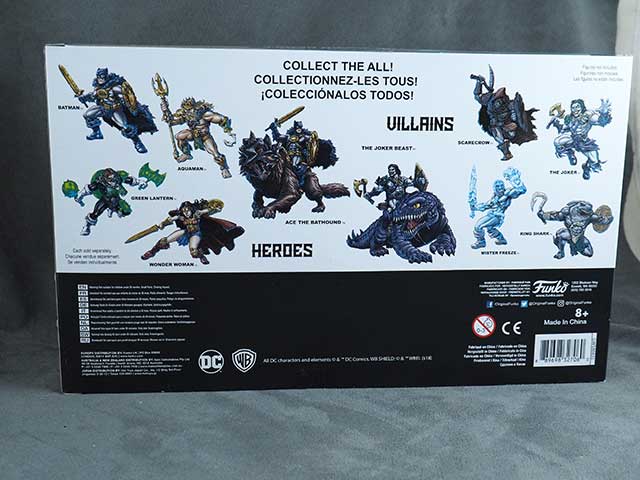 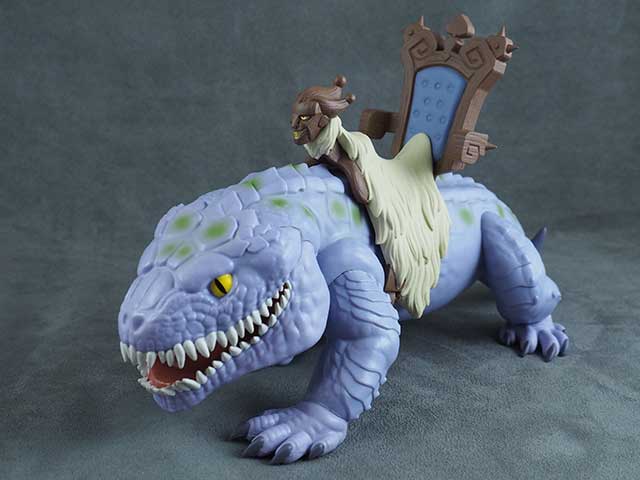 The Joker Beast is much more successful than Ace the Bathound, but suffers from the same flaws. It's only real flaw is that it tries too much to replicate the classic warrior beasts, which had no articulation. This toy BEGS to have an articulated jaw, but it does not. 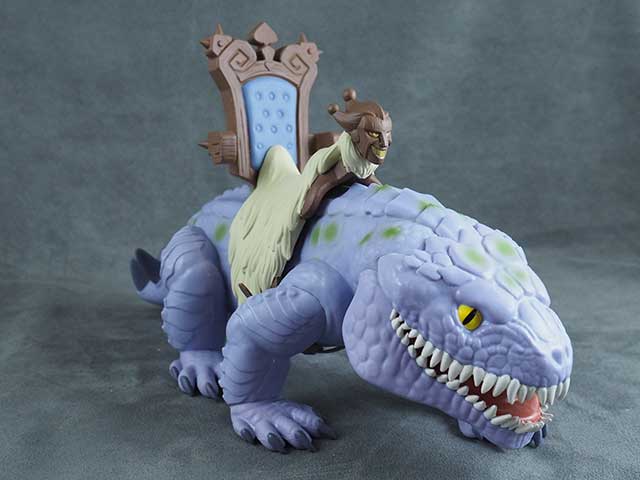 The saddle on top is fantastic, with a Bruce Timm-style Joker head carved into the front. 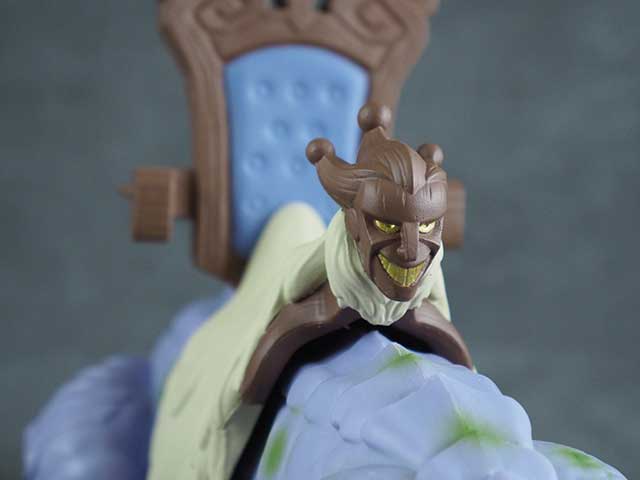 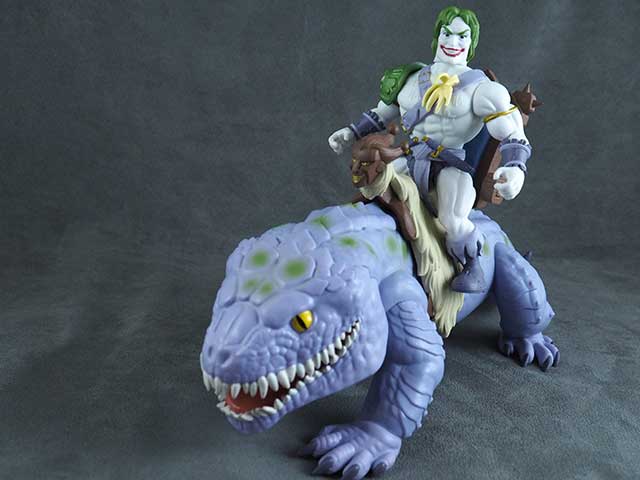 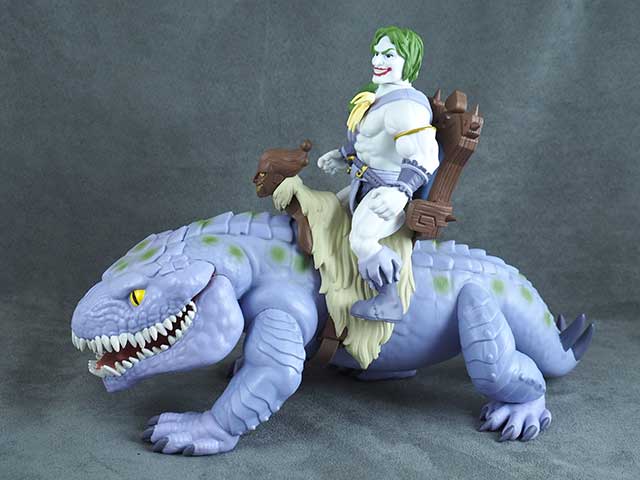 It's beautiful looking, I just wish it did something.