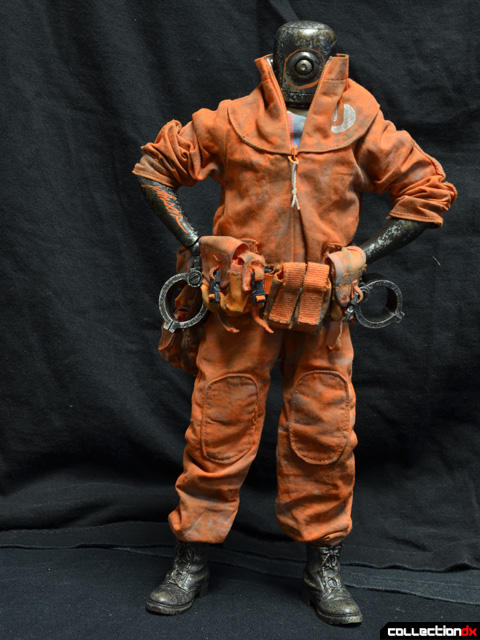 Johnson! is an Ankou, a line of robots designed by the Shadow family to combat the Zomb threat.  There were a number of different Ankous released as Bambaland exclsuives, but Johnson is available from retailers now as part of the Adventure Kartel retailer wave.  The regular Ankous seemed like generic grunt bots, but I like to think Johnson is a smarter character bot that gets to do some adventuring of his own. 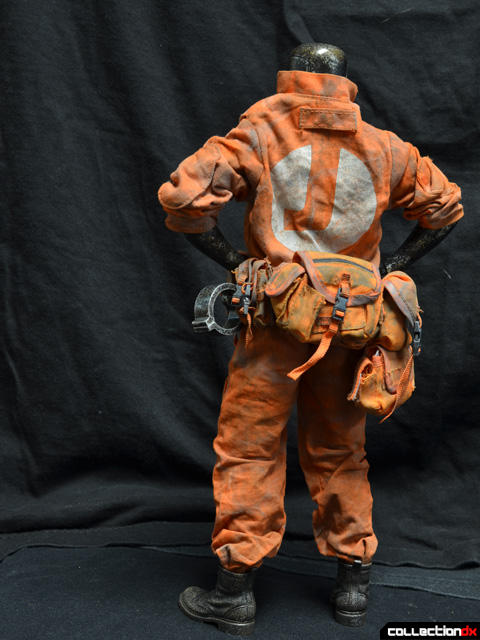 Johnson is built on the standard 3A 1/6 male body, with the now-ubiquitous 3A boiler suit.  There have been a lot of figures wearing different versions of that one-piece suit, but with different accessories and decals I still find it effective. 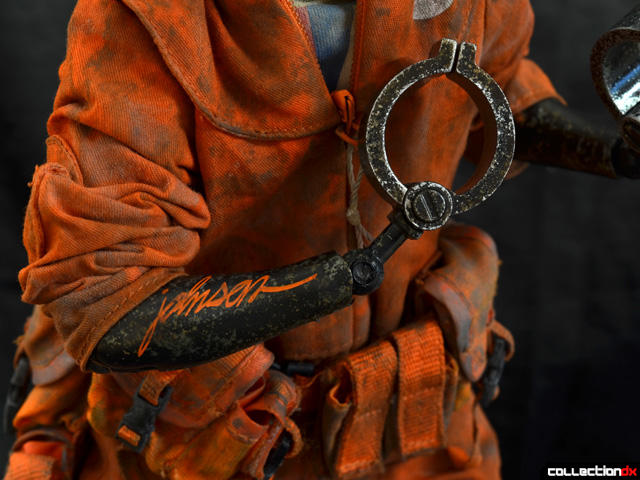 The body is fully painted and weathered with a worn black metal finish.  Furthering his unique nature, Johnson has his name emblazoned on his arm, proving that he is extra cool among robots.  The eye is also in a socket so it can move freely. 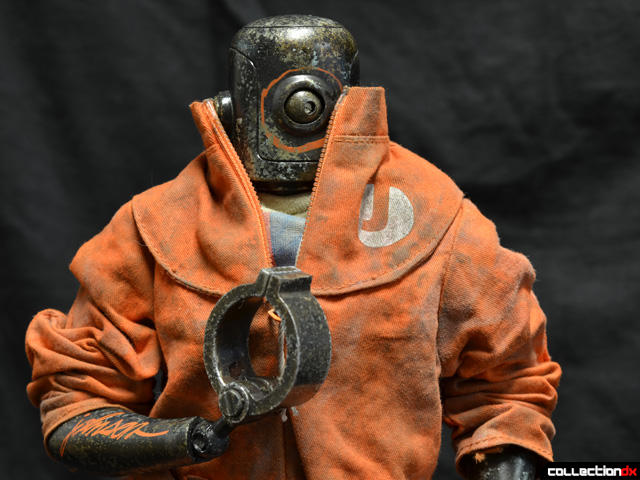 The claws open and close, and can bend at the wrist.  I did manage to break one at the wrist joint by accident, but I chalk that up more to my own clumsiness than the design.  All the parts are nice and tight. 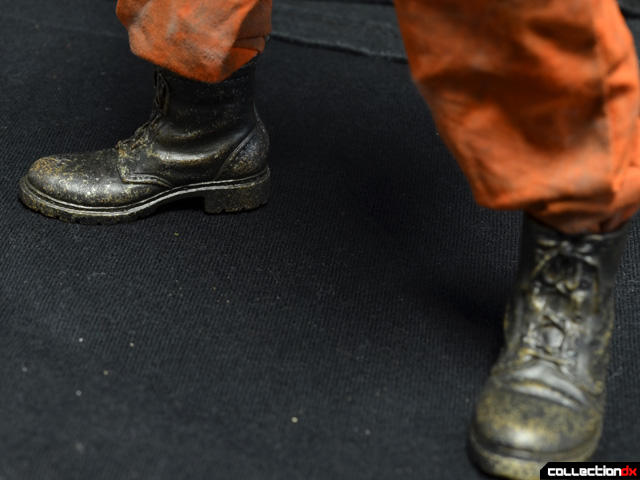 Even Johnson's boots are weathered like the body, suggesting that they are metal robot feet made to look like boots.  The boots have a high-top cut, but the opening is wide enough that ankle motion is not restricted. 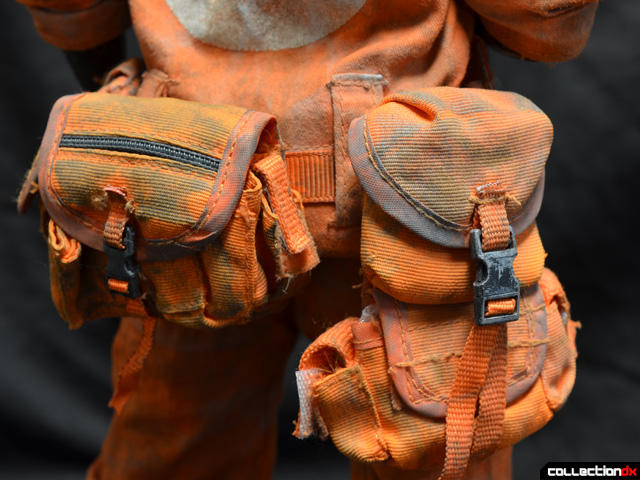 All the pouches open and are fully weathered as well.  The largest parts of each pouch is stuffed with some foam to add bulk.  I've considered adding some more material to fill out the smaller pouches and add some weight, but haven't gotten around to it yet. 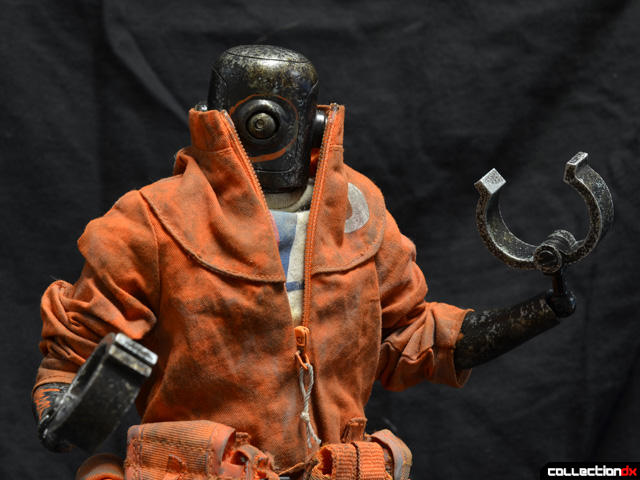 "Give him the clamps!" 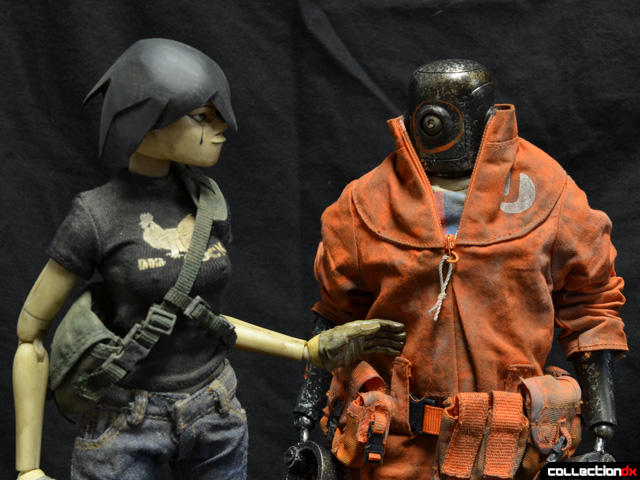 Johnson is a fun, goofy robot design, and really shines alongside some other Adventure Kartel figures.  I can see him functioning as a chaperone for Little Shadow, Tommy Mission's on-again off-again girlfriend. 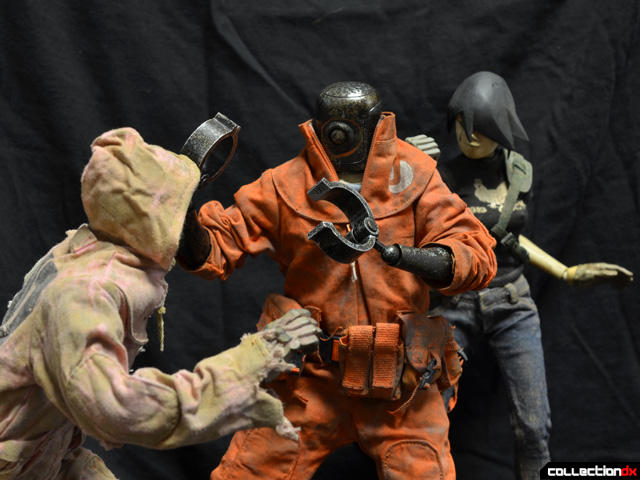 When a Zomb attacks, Johnson is ready to fight back! 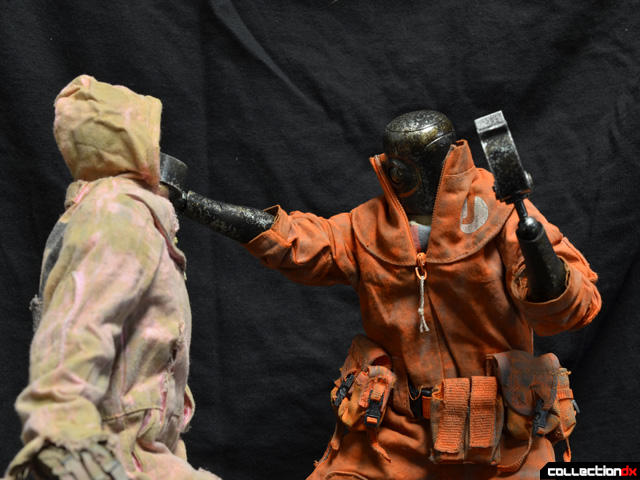 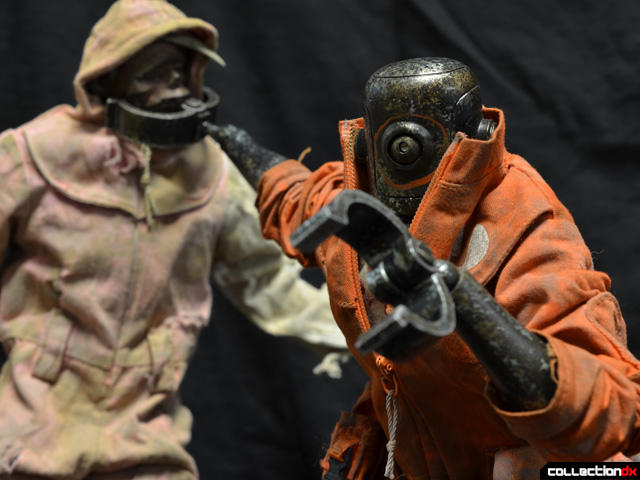 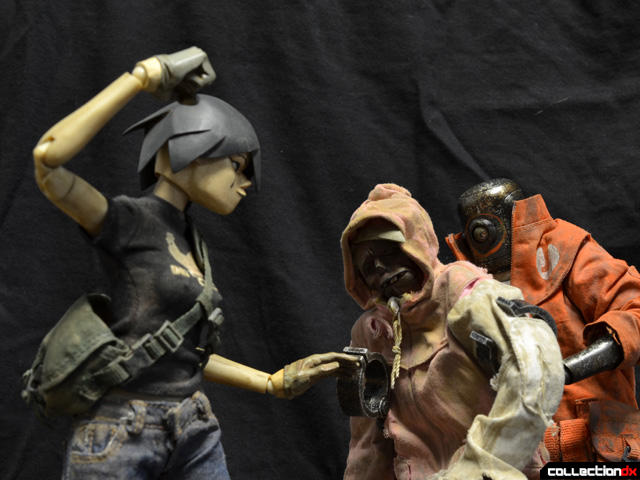 Shadow gets her free shot with Johnson's help.

Johnson's a pretty simple figure, but he has style and is a lot of fun.  The AK retail figures are $90 each, and that lines up to a pretty good deal among 1/6 figures.  He's fully painted, extra posable, and comes with a highly detailed costume.  The working clamps and moving eye make for a goofy classic sci-fi feeling robot with a modern flair.  He makes a great gateway figure to the AK line, and works just as well as a standalone 12" robot man.

The number of Futurama jokes with this guy is near boundless.