I'm not even sure what the proper name of this toy is. It's a Chinese submarine named Jiaolong (蛟龙号)

It's based on a real submarine that has the second greatest depth range in the world. In fact, the 7062 on the side is a reference to it's 2012 dive into the Marianas Trench at a depth of 7,062 feet. It's a remarkable accomplishment, so why not mark the occasion with a transforming toy of the submarine?

This thing is awesome. MechFansToys made their name with 3rd party Transformers and KO Diaclone products, but this original design proves that they are a great toymaker in their own right.

The submarine comes in a nice little box. 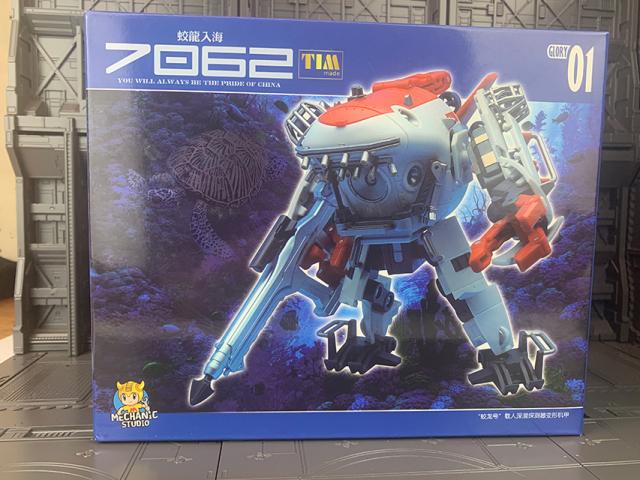 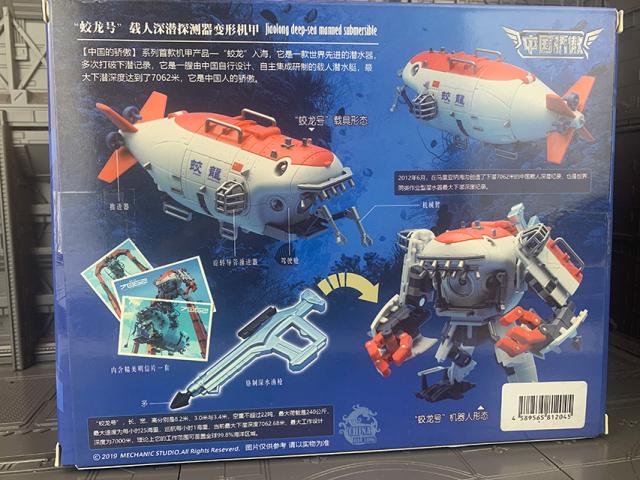 Out of the box there is a little assembly. The front grill, side cages and small front arms have to be assembled. In submarine mode he measures about 6 inches long. 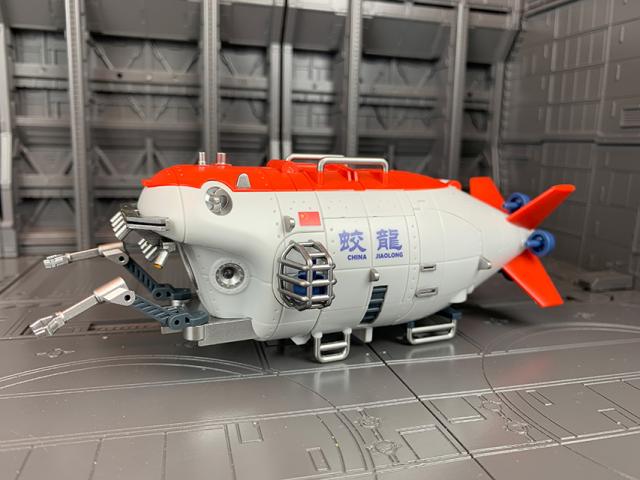 Everything in this mode is tight. The seam lines are hidden so well that if you did not know better, you would never know this transformed.

The little arms on the front are poseable. 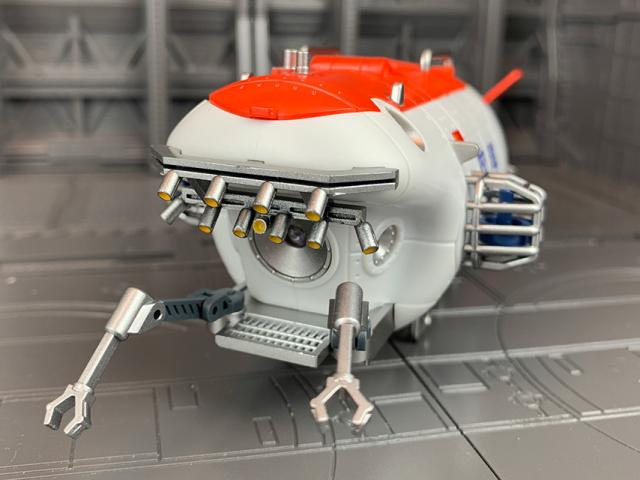 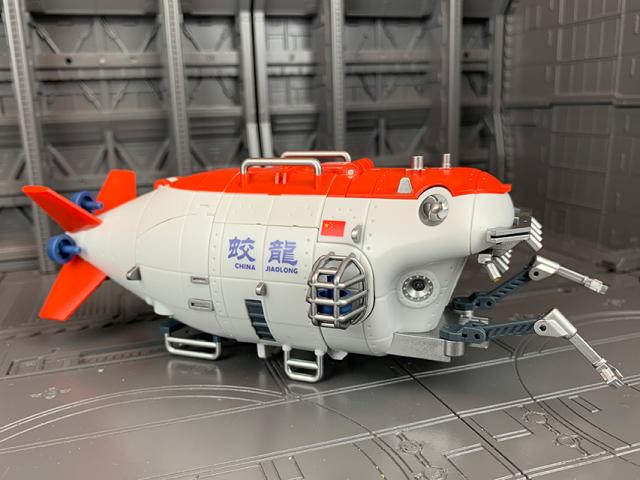 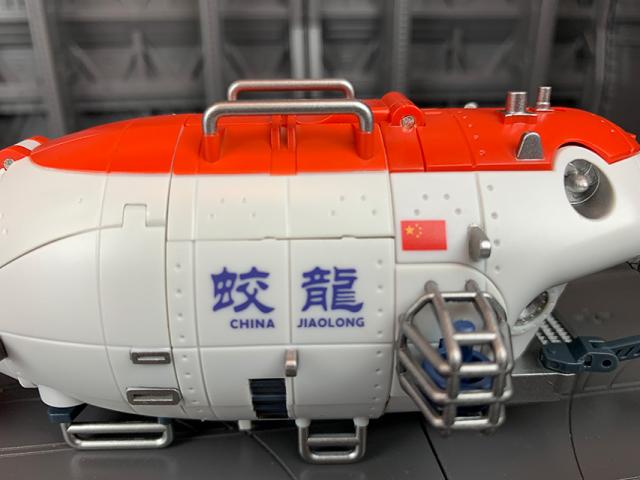 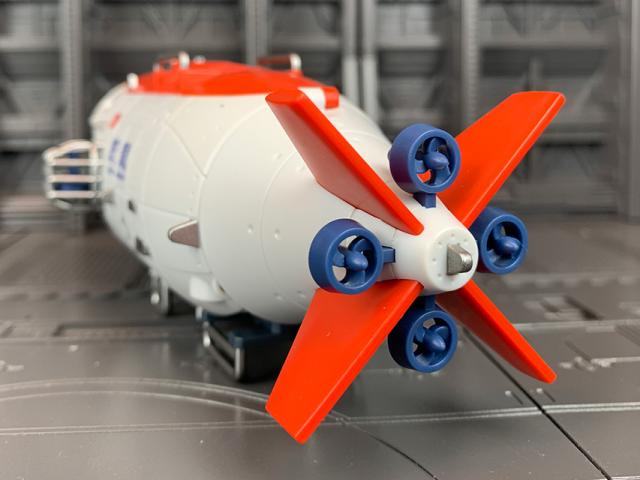 The cockpit opens to reveal a seat and control panel. This is in scale with the new Diaclone series, so a Diaclone pilot can fit in the seat. Funny how that works out with all the KO Diaclone stuff they do. 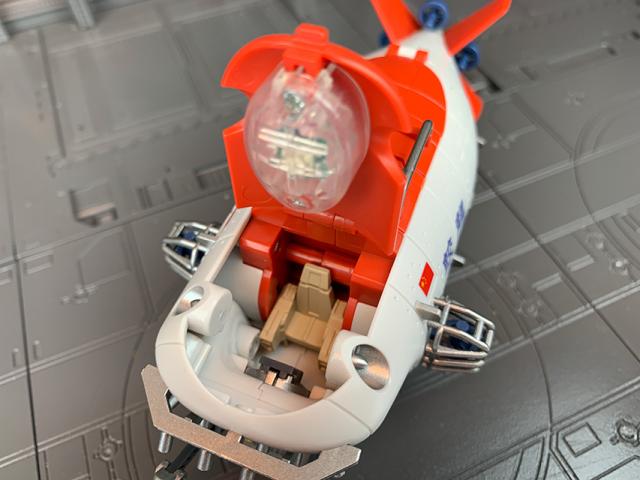 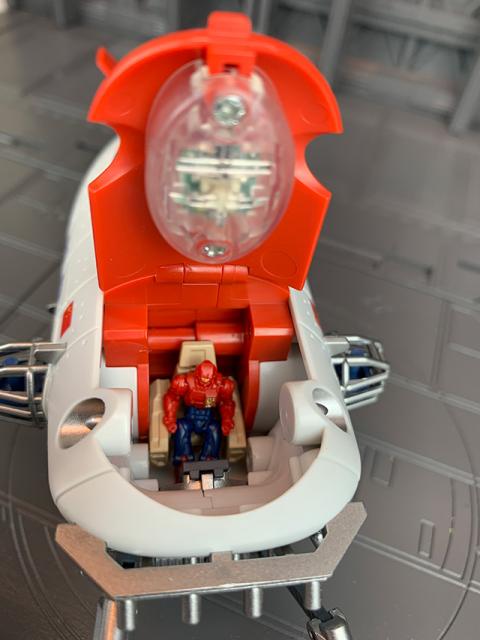 The LED at the top lights up when the silver button on the roof is pressed. When the cover is closed, you can see the blue light through the windows. 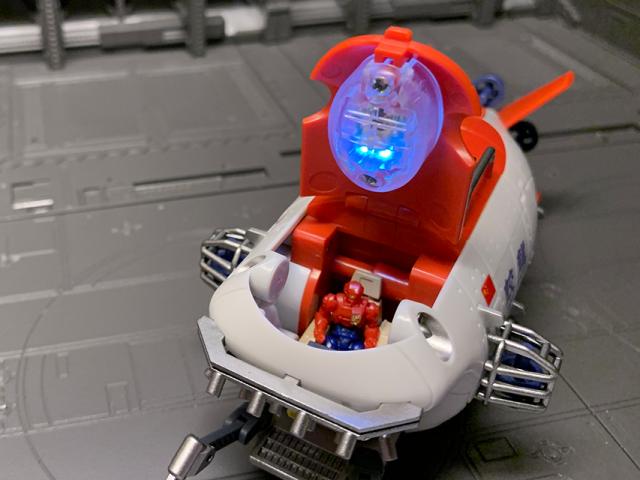 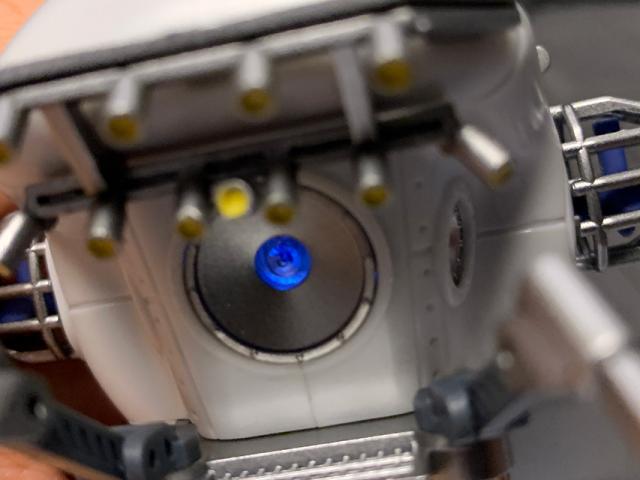 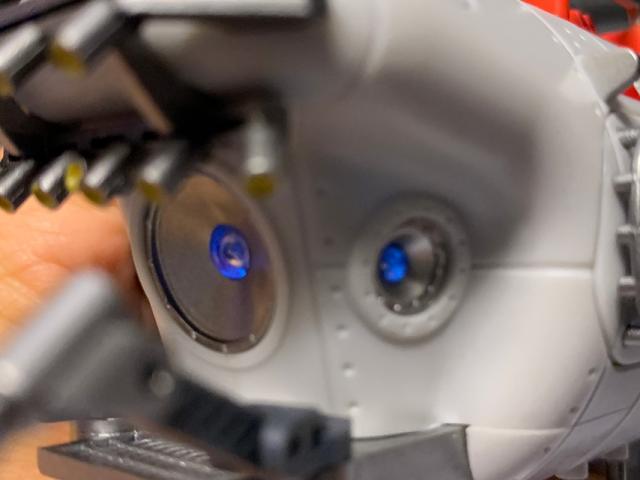 Transformation is clever with tight joints that feel very satisfying. The more I play with this, the more I am impressed with it's engineering. There are little tabs everywhere that make everything stay in place, and helps line up the panels to create that seamless look. Some things I still discover when I transform it back, like little notches in the arms for the fingers to line up with when transforming it back to submarine. It's amazing work, and it's durable. 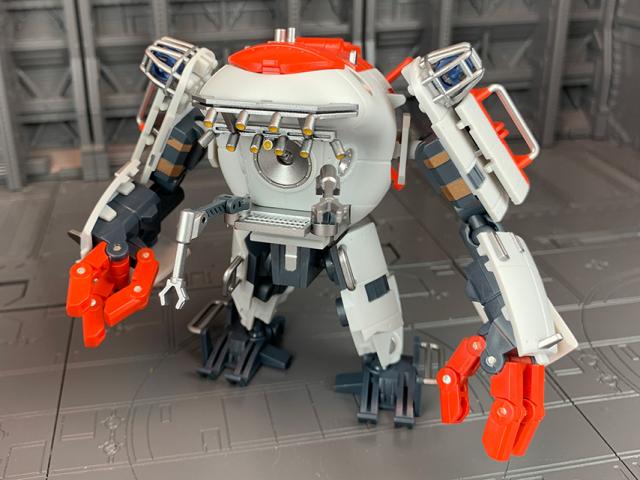 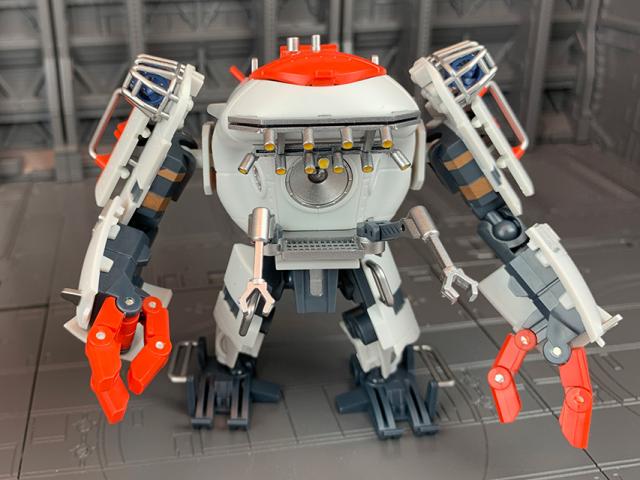 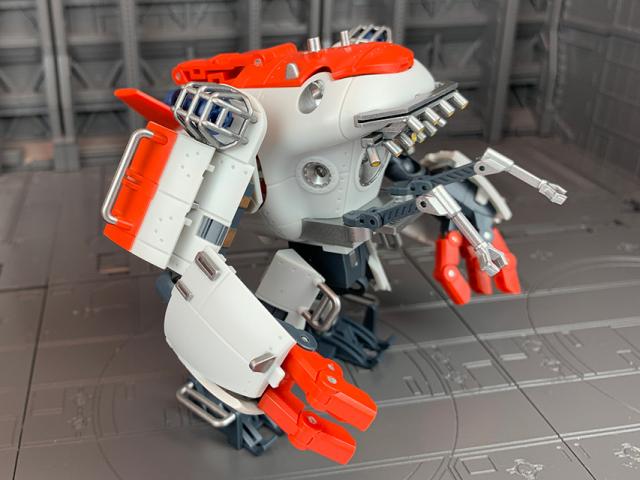 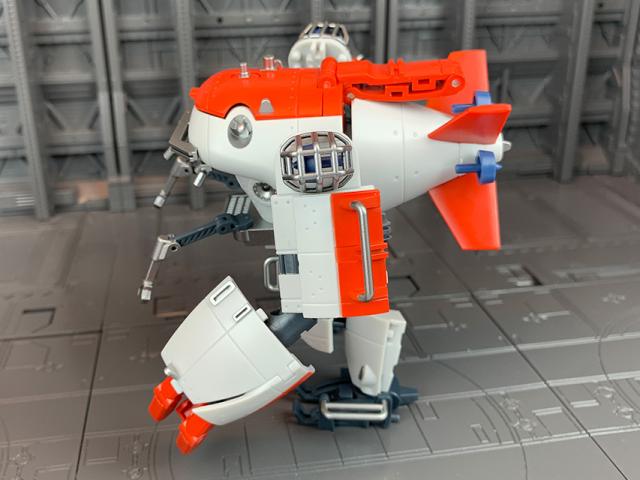 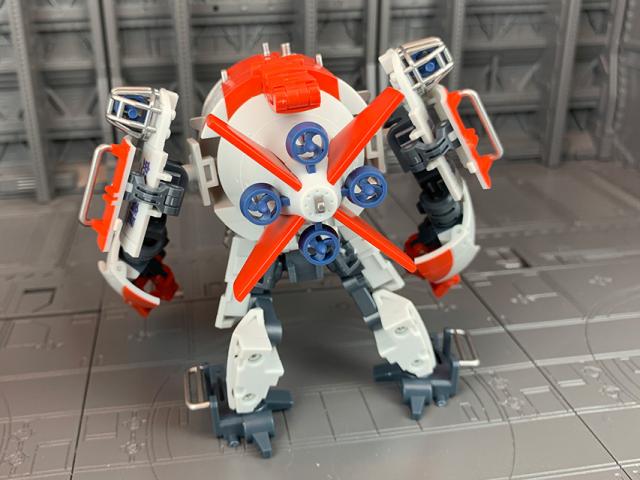 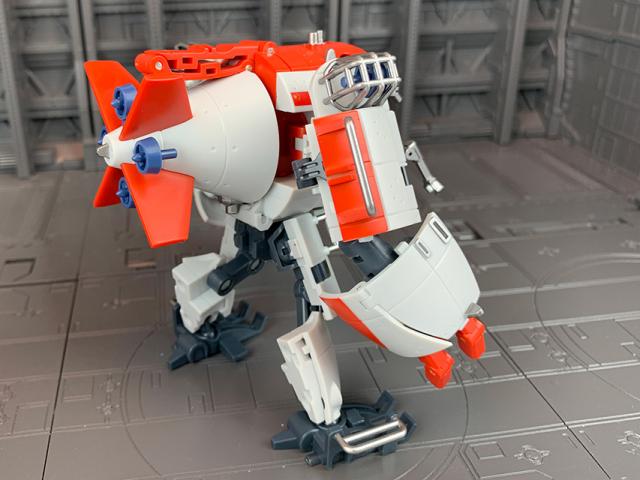 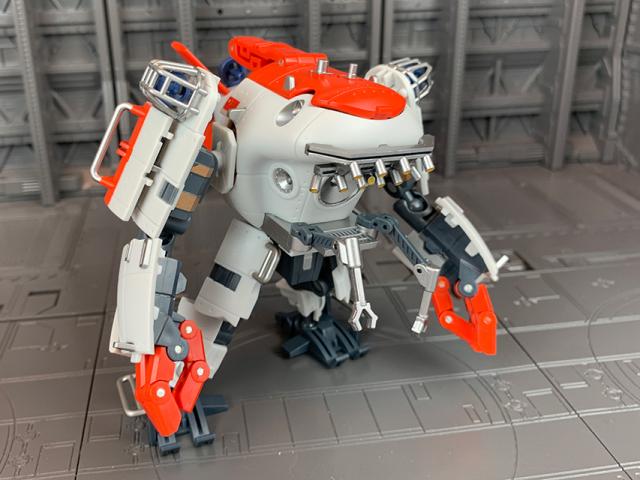 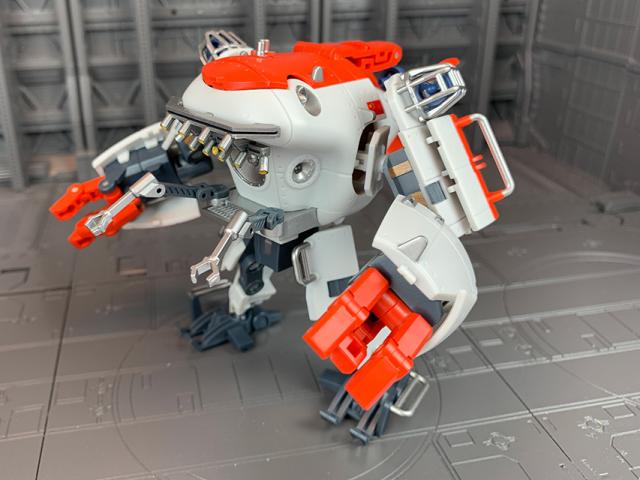 The Jiaolong includes one weapon - a large harpoon gun. The gun has one large harpoon, which is removable but does not shoot. 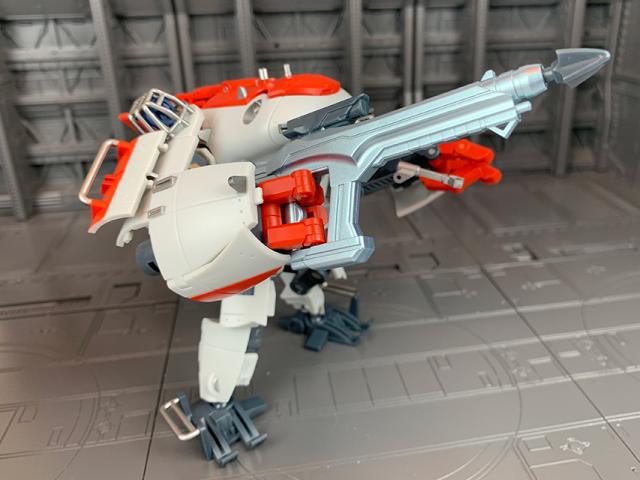 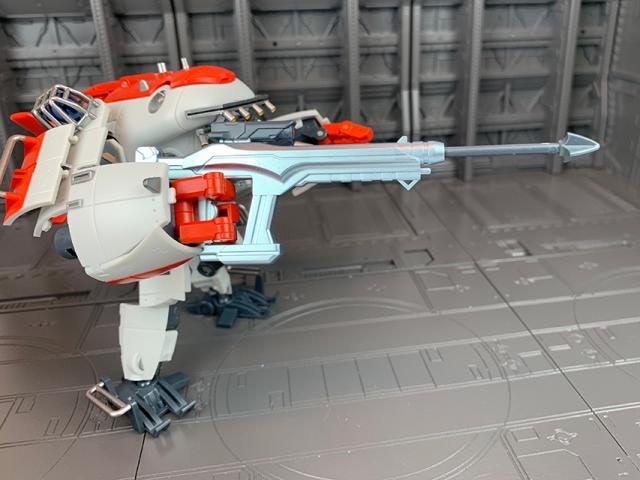 At the end of the harpoon there is a small hole, but I see no use for it. Maybe a string was planned at some point? 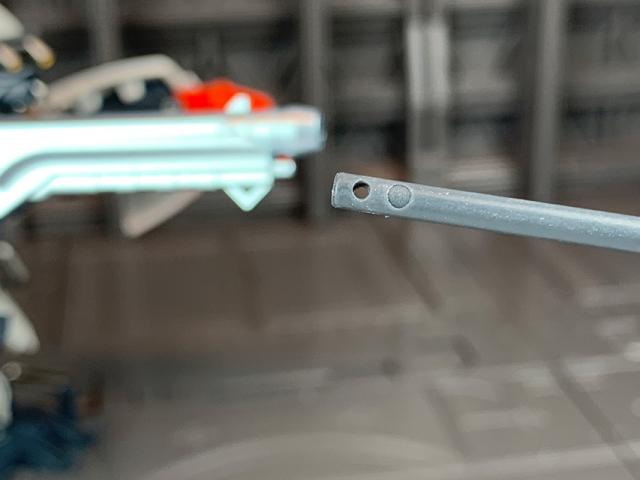 If you couldn't tell by now, I love this thing. At around $40-50 USD on the secondary market, it's a super value. You won't be sorry. 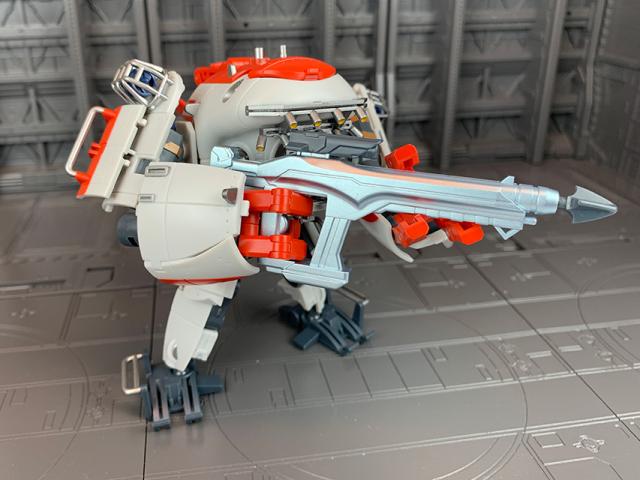 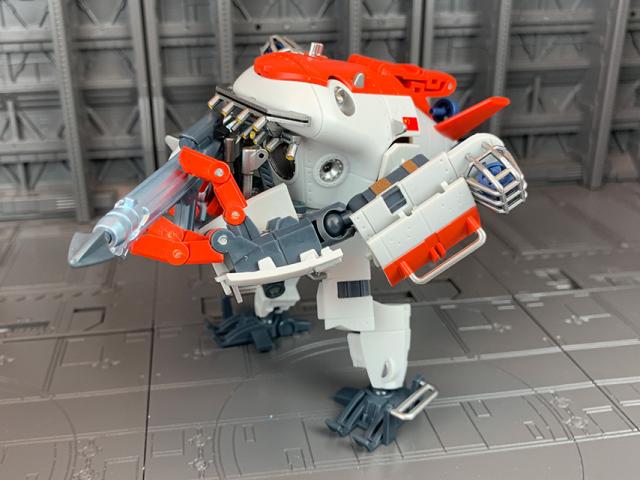