From the “Zone of the Enders” video game series by Konami, Kotobukiya’s non-scale Jehuty “Clear Version” model kit was an exclusive release for the 2012 Winter Wonder Festival hobby show. 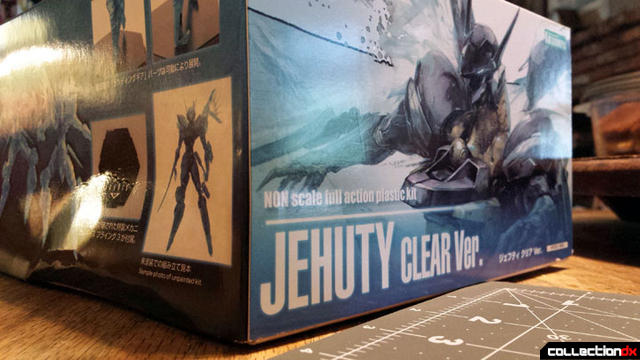 I found it on a whimsical trip online to find some hobby supplies when I stumbled across an importer selling this rare kit at a discounted price along with its ‘sibling’ model that was too good to pass up.

As I continue working on the Jehuty “HD Edition” model kit which I still intend to do a full review of later, I thought this would be something I could build over a short weekend break.

As with most clear editions, Jehuty is very much the same as its original kit from 2011. Its teal colored plastic is meant to mimic the series’ mysterious Metatron ore, from which Orbital Frames like Jehuty are constructed. 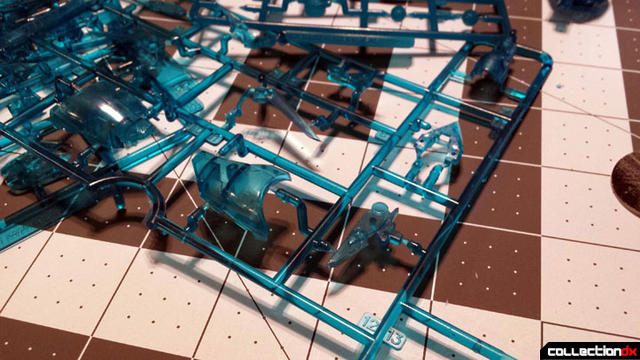 Out of the box the model is comprised of 14 parts runners not counting the parts for its display base.
Even the polycaps are molded in translucent material. 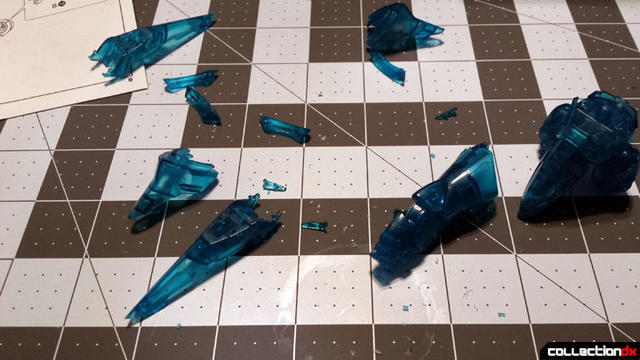 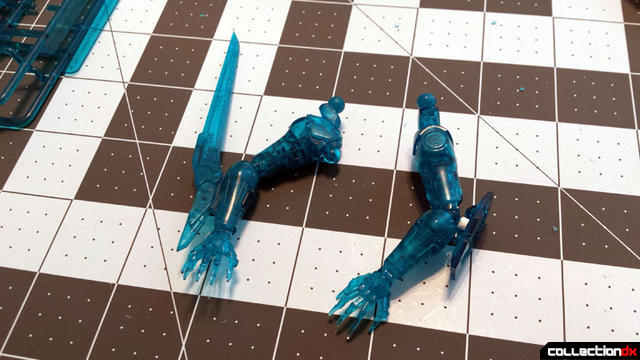 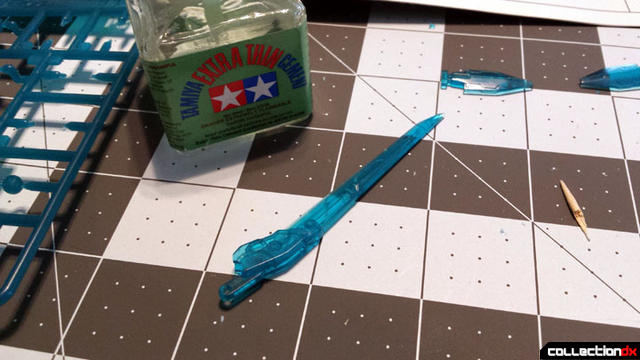 The only parts not colored in teal plastic are the visor for Jehuty’s humanoid face (hidden below the bird head) which is molded in transparent black plastic and the feathers for the Orbital Frame’s vernier binders. 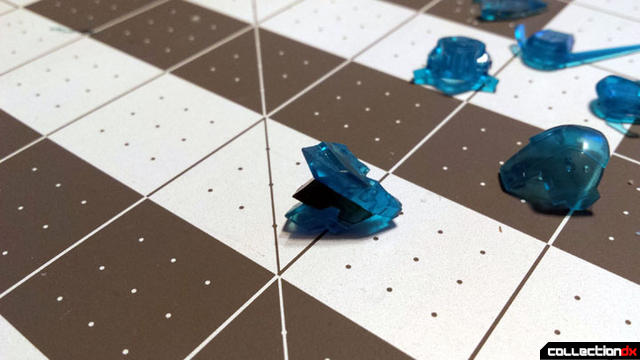 In the original model, the feathers are molded in colorless clear plastic and pre-painted (typical of most Kotobukiya models) to match Jehuty’s orange frame color. 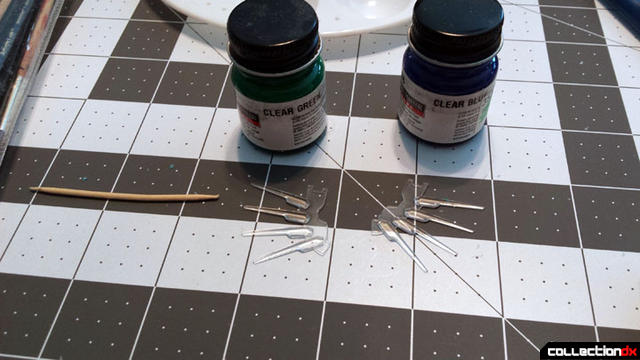 The feathers were left unpainted for the exclusive model and so I chose to paint them myself to match the rest of the model. For this I used a mix of Testors Model Master Acrylic “Clear Green,” “Clear Blue” and “Clear Semi-gloss.” 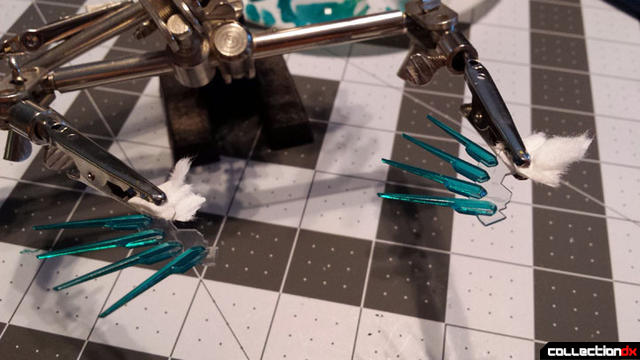 The model includes the same accessories as the original Jehuty kit which isn’t much. There are the the 4 pairs of hands in different poses and it comes with the Kotobukiya standard octagon display base with a multi-jointed arm for suspending the model in mid air. 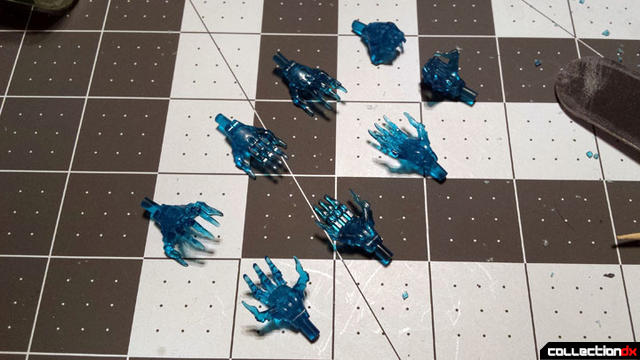 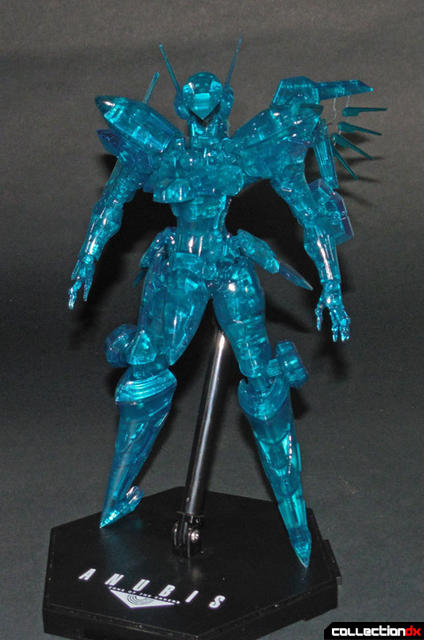 As a non-scale model, Jehuty measures around 7 inches tall when fully built, comparable to another model kit size in 1:100 scale. 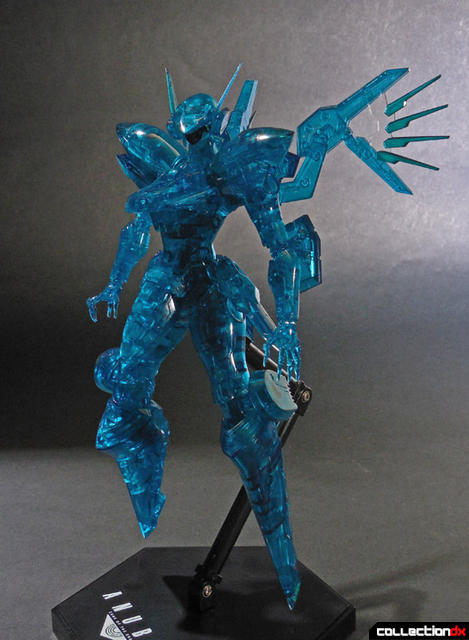 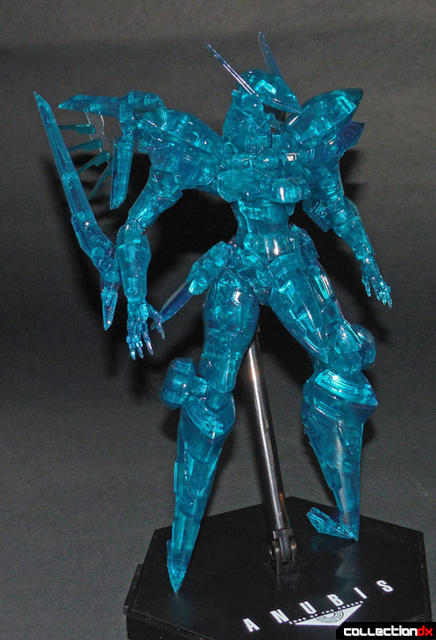 Unlike the exclusive clear models from that “other model making company,” Kotobukiya’s Jehuty is somewhat distracting because of the complexity in its engineering. 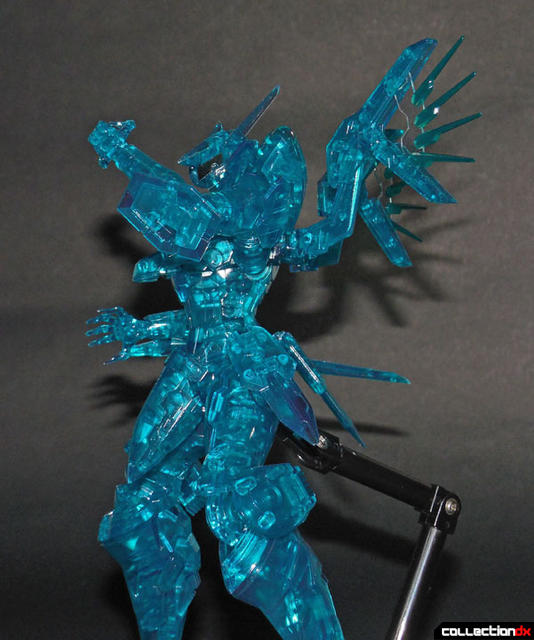 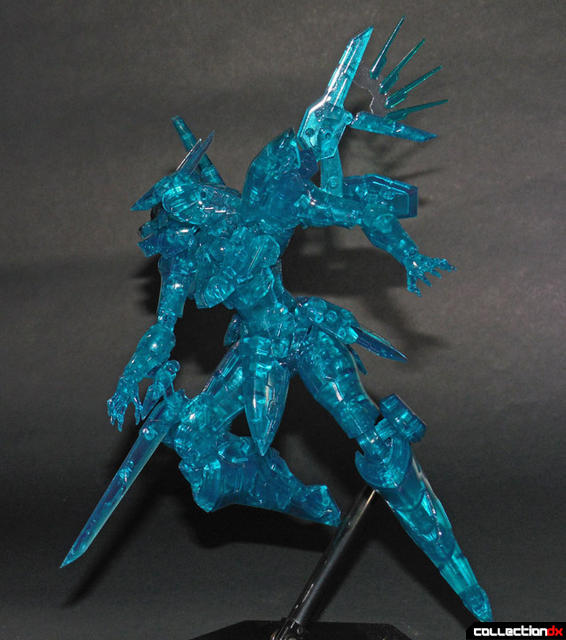 The overall look of the finished model appears cluttered by the model’s interior, with the injection molding ribs and connection points between parts being so visible, it makes looking at the surface of Jehuty nearly impossible. 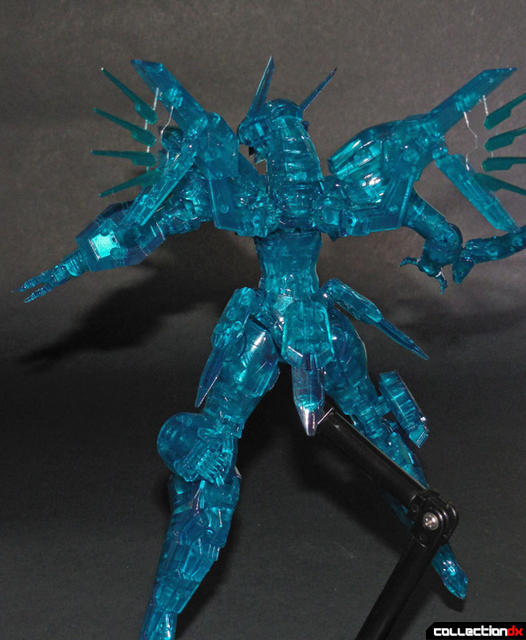 I’ve never actually built a clear model kit before Jehuty, and I’m glad to see what one looks like first hand before I try this again. 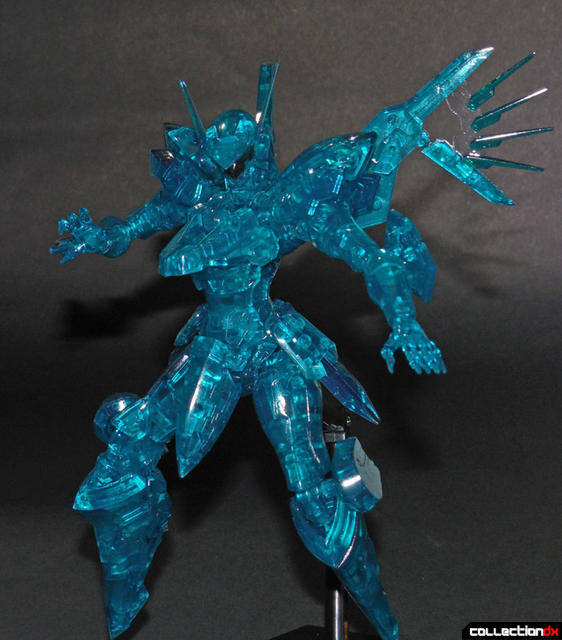 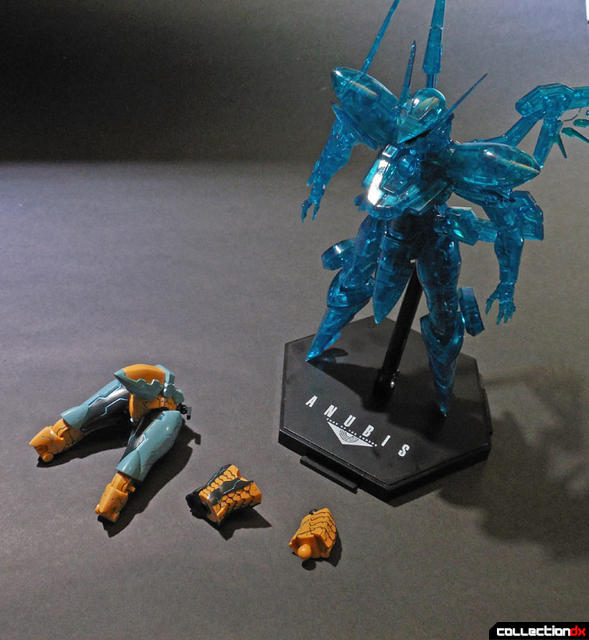 Overall, this was fun getting to actually build the model kit that I am still in the process of painting in its true colors.