For some reason, "Transformers Robots in Disguise 2015" Warrior Jazz is one of the first figures I've gotten in a long while where I almost couldn't put it down! What looks like an acceptable figure in pictures since, although the sculpt is pretty good but the paint is severely lacking(more on that later), is actually one of the most solid toy I've had in a long time. 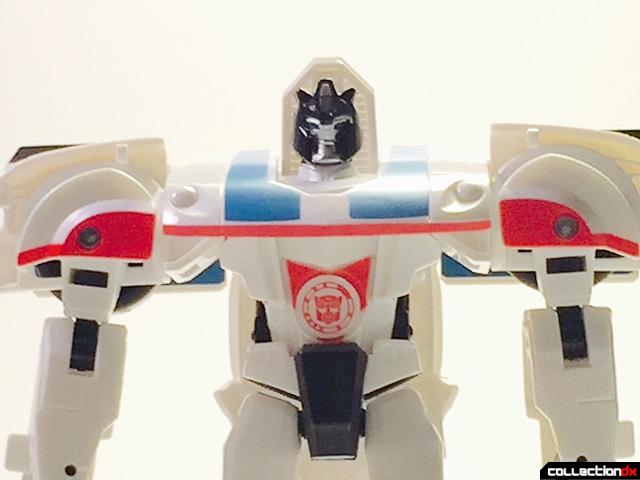 In vehicle mode Jazz is a medium size white sports car that has a vaguely futuristic feel, with its rounded, yet geometric shapes. It also manages a G1 inspired look with it's vibrant stark white with red and blue highlights. The sparse paint apps are only really noticeable in the back of the car, which including the back windshield is completely white aside from the small red marks on the spoiler. The plastic quality is quite good for current Hasbro standards though, and in conclusion, this vehicle mode holds together very well and looks nice. 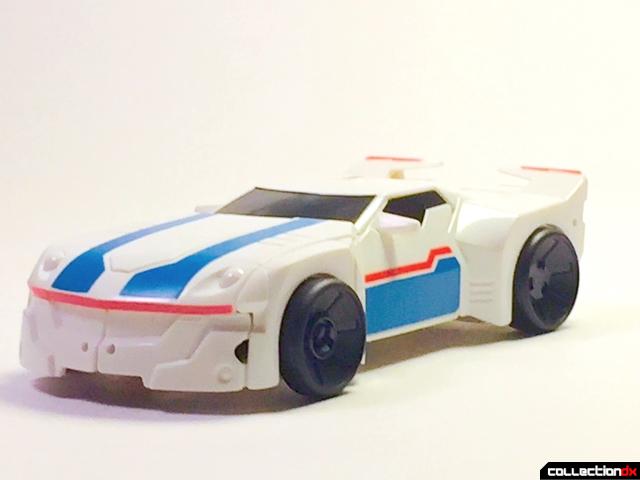 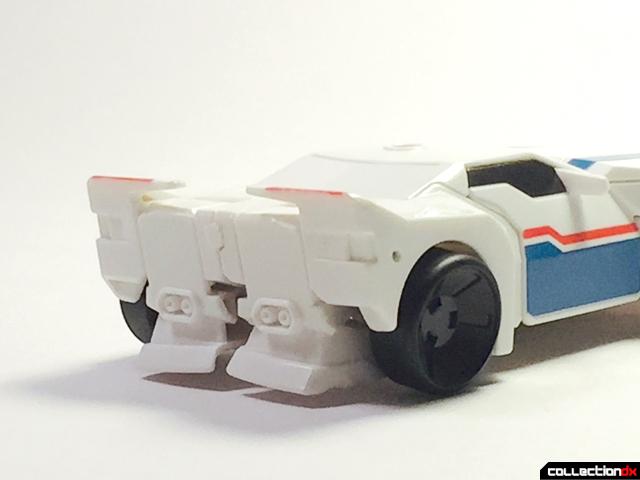 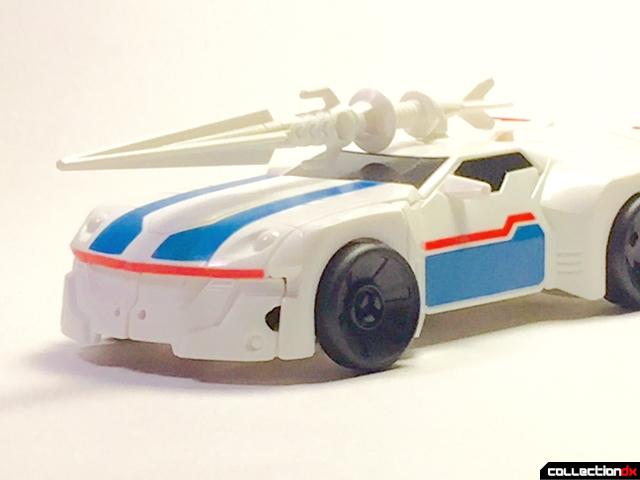 The transformation from vehicle to robot mode is perfect. Very few panels detract from what is generally, just Jazz's future limbs shifting around into a robot mode that is just clean and simple. 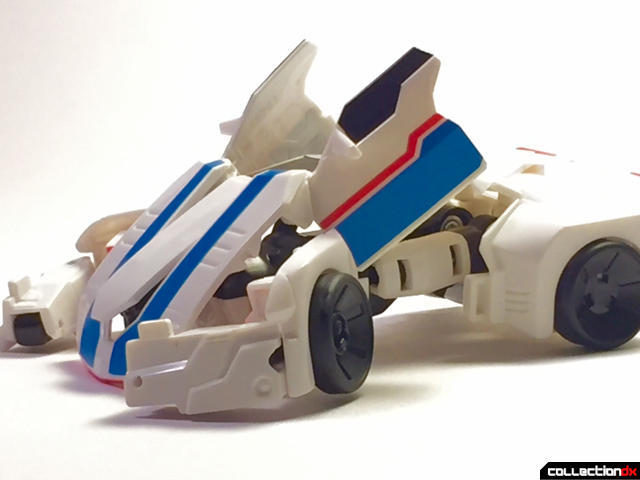 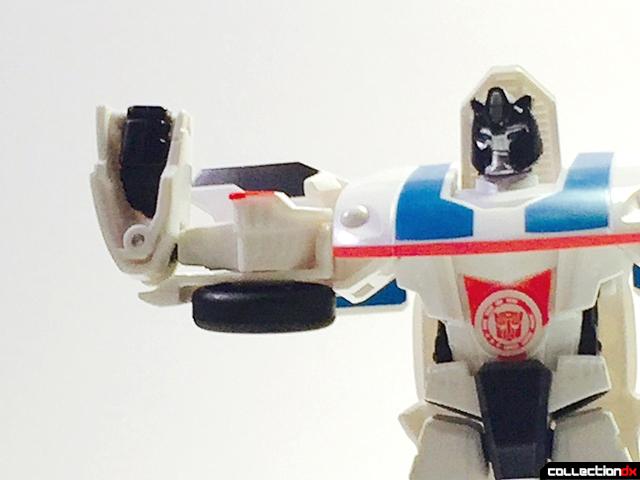 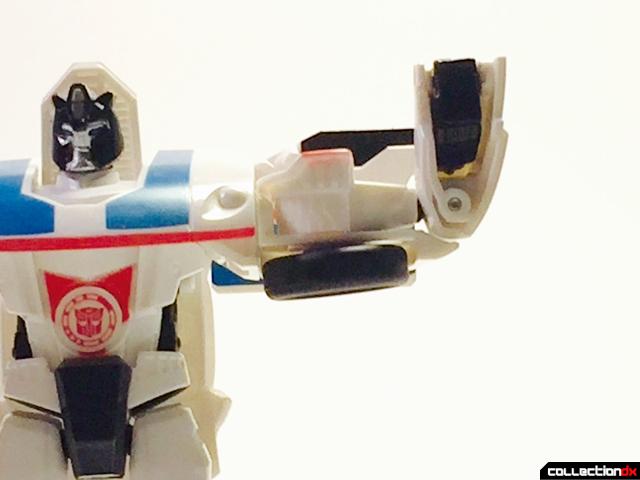 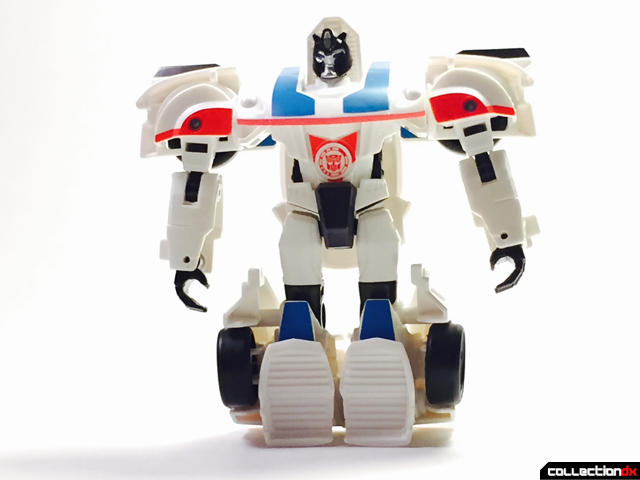 Jazz's robot mode features a very nice profile that, contrary to most depictions of Jazz, is actually very bulky and large. His head sculpt seems like more of a warrior's helmet than usual, and is complemented by his stern expression that like his physical stature, doesn't seem too in line with most other versions of him. As far as detail goes, black and white are the only plastic colors to be seen here. But since he features many vibrant applications of red, blue, and black in the show, how much is rendered here? Not that much unfortunately. The painted detail that is applied looks great but, There really is a lot of detail missing. 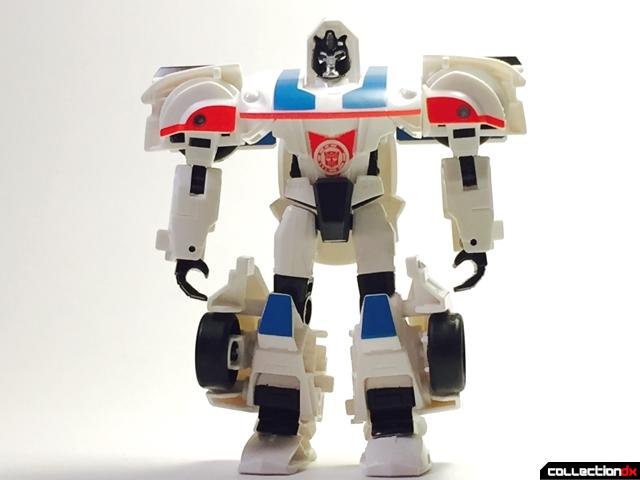 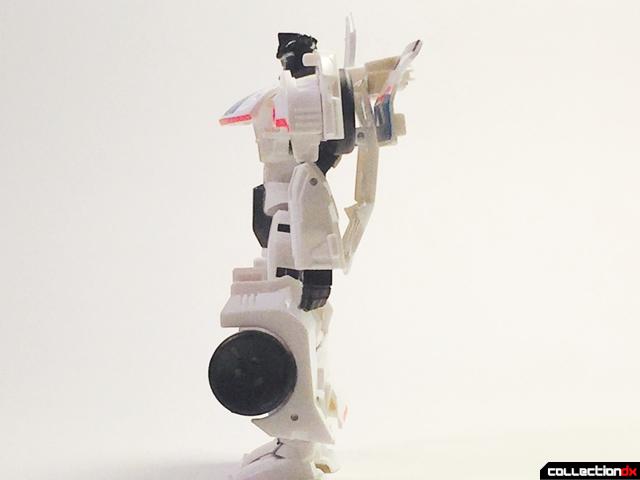 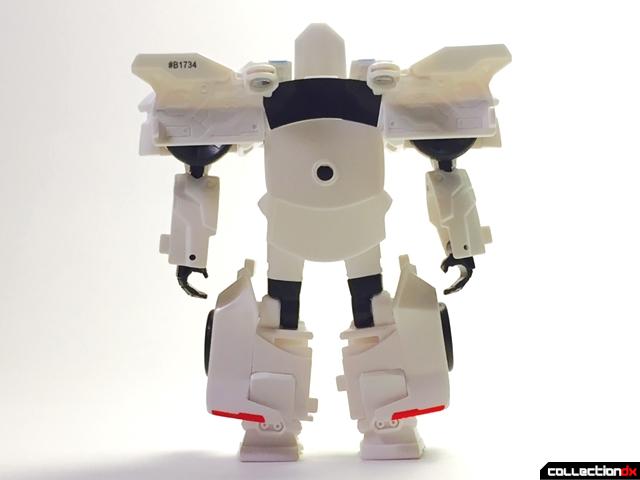 Articulation is fairly standard in robot mode but, that's not necessarily a bad thing. Many swivel joints are used throughout the figure for pretty acceptable articulation that is also helped by a few ball joints as well. 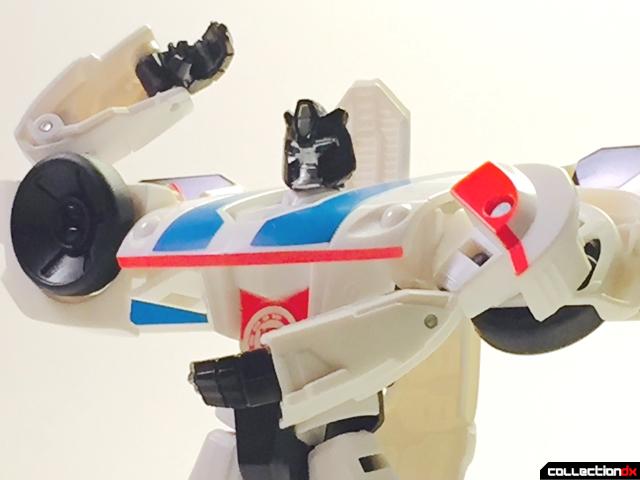 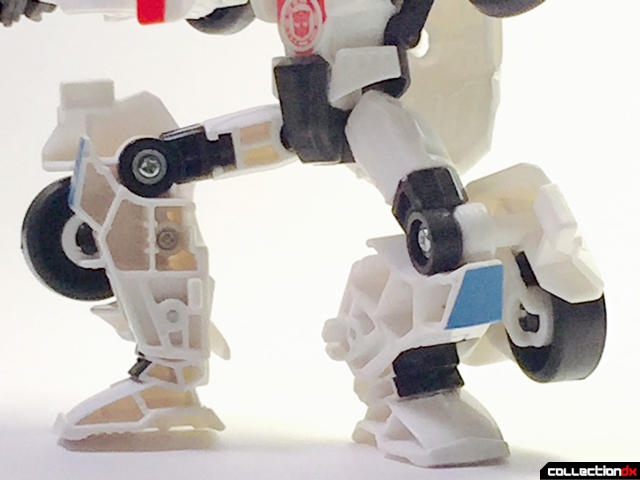 Accessories for Jazz are very limited as he only includes a white lance. It is well sculpted and can be held in either of the figure's hands, and even stores on top of the vehicle. 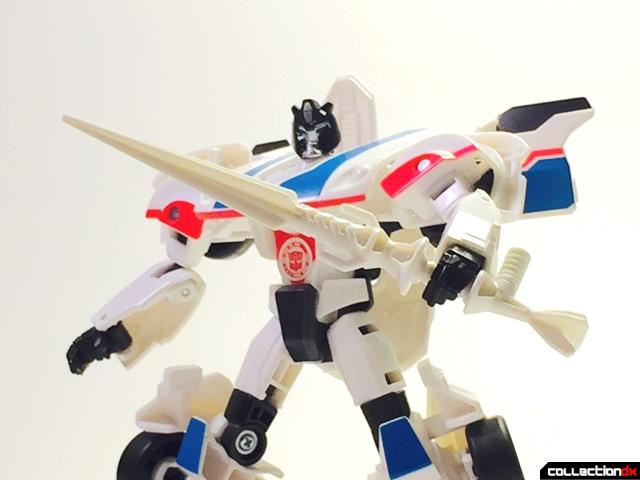 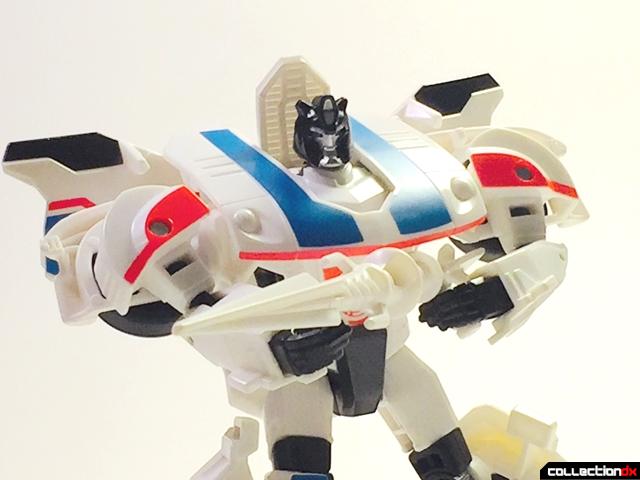 Overall, Warrior Class Jazz is a really nice figure that doesn't excel at anything in particular but, doesn't fall behind in any areas as well. This is a fine figure that is a lot of fun and a nice addition to your collection.

Good review, but I just can't get behind how cheap these look and feel. I really can't make out the details in the face, but is the paint bad?

The paint is not sloppily applied or anything, it's just underwhelming. this figure is $15. But the Japanese version is the same price but the paint is much better.

The paint on mine is a little better than the one in the photographs. Try as I might, though, I can't work up much enthusiasm for this line. Most of the designs are oddly proportioned in both modes. I haven't watched the show, so I can't say if this is representative of the animation, but the toys certainly look awkward. The plastic definitely feels cheap, and the general fit of the parts is not great; this seems to me like a combination of lackluster design and sloppy manufacturing.

What's weird is that the Generations / Combiner Wars toys are going from strength to strength. It's not as though Hasbro suddenly forgot how to make good toys, or that it's impossible to make a quality toy for the $15 price point anymore. It feels more like Hasbro took this line, pushed it off to the side, and said "This one's just for kids, so we don't have to actually try." Pity, really.

I'm glad I didn't have to say it. I feel exactly the same way about the figures in this class. All of them seem cheap to me, and the ones that incorporate the combining gimmick are even worse.

On the flip side, I'm extremely happy with Ultra Magnus. So much so that for the first time ever I bought both the US and Japanese versions. ^_^