I never meant to start collecting talkers. I really didn't. Sure, I'd seen some pictures and thought they were pretty cool, but actually buying one? Nah. Not me. I had a friend who was buying them all up when the re-issues started coming out a few years back, often paying about $100 a piece. I just didn't think they were THAT cool. But then one day I was shocked to see one sitting in an aisle of a little shop at an Asian market in Quincy, MA. The shop had a couple of little Ultraman trinkets and a Doraemon doll, but it was by no means a toy store. I figured they'd probably be asking a fortune for it. But on a lark, I picked it up to check, fully prepared to let out a snobbish, "I know better than to pay THAT!" sort of laugh. Then I saw the price-tag. $15!! I couldn't believe it. Sure, the cellophane window was missing from the box, but hey, it HAD the box and the toy was mint. I had my first talker. 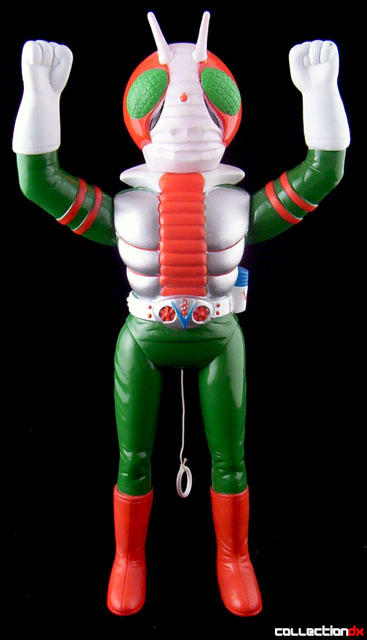 The original Masudaya talking soft vinyl toys were released in the 1970s, but this is a re-issue that came out in the late 90s. It's stands about 14" tall with 5 points of articulation (hips, shoulders and neck). There is a talk box embedded in the back, from which you pull a string to make it talk. Naturally, it speaks in Japanese. I'm not sure exactly what it says, but I think it's just simple stuff like "I am Kamen Rider V3", etc.. No philosophizing or anything like that. 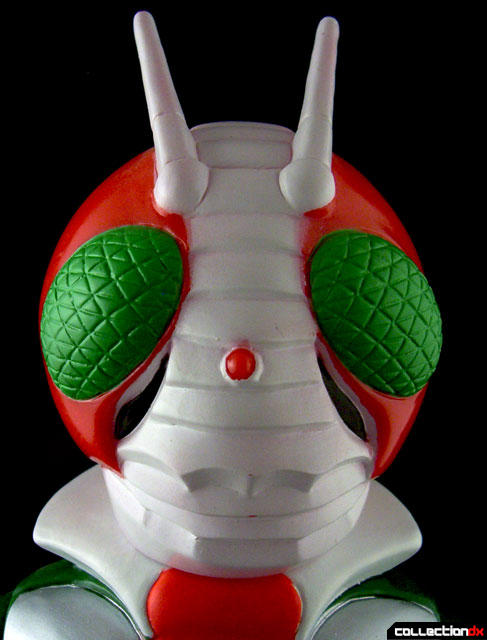 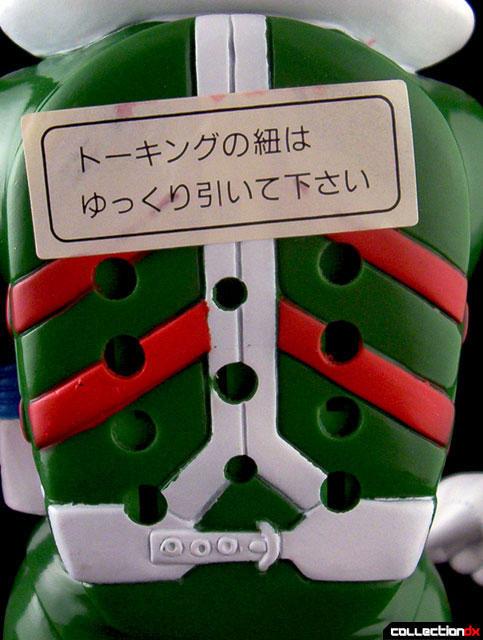 As I mentioned earlier, the toy comes in a cardboard box with a clear cellophane window. There is also a thin piece of cardboard that wraps around the bottom of the box for some reason. I guess they just needed more room for promotional stuff.

Talkers are cool. I like the size and style of the sculpts. But they are something of a niche within a niche. To date, I still haven't been able to bring myself to buy any vintage ones. With the re-issues being readily available (and having since come down in price since my friend was getting them), it's too easy to just grab the newer ones when you see a good deal. 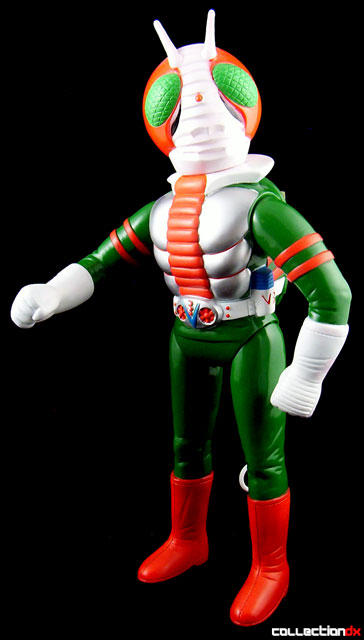 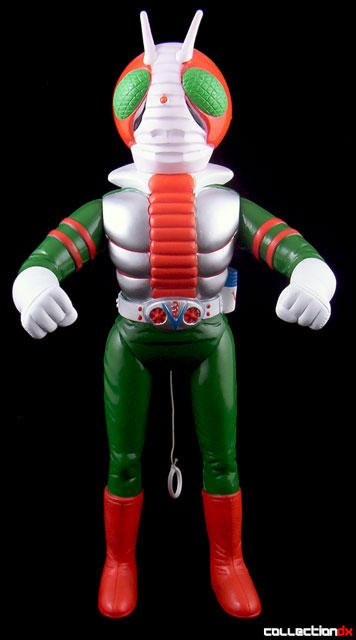