My Hero Academia has been one of the breakout anime hits of the last few years. I actually do watch this show every week, it's one of the few anime that I actively follow. I've been wanting toys of the characters since the show began, but all we had were the mediocre McFarlane figures and some statues. Well, Goodsmile comes to the rescue with a figma version of the main character, Izuku Midoriya (otherwise known as Deku).

figma Izuku Midoriya arrives courtesy of HobbyLink Japan. Click here to get yours!

Before we begin, I need to let you know that this is a reissue version of the toy. I don't think it is any different, but since the original sold out so quickly, they issued it again in late 2009. Also, those who preordered got an extra accessory - a masked head. I didn't preorder, so I am out of luck there. 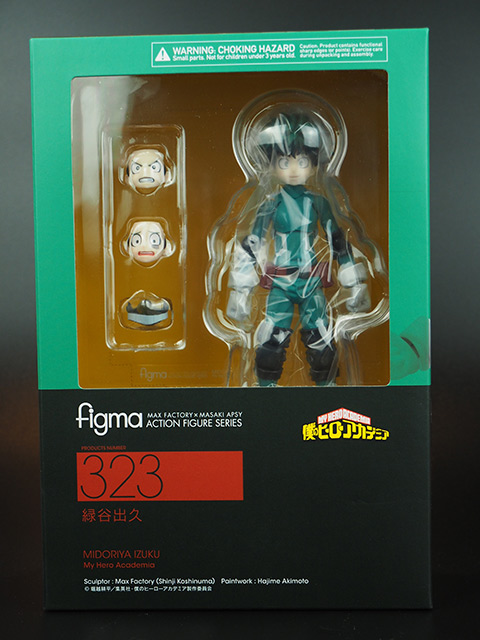 The toy is packaged in an average-looking box. The subtle design is representative of most figma boxes, but considering how colorful the anime is, I expected something more exciting.

Inside, the toy is wrapped in a plastic baggie, inside a plastic tray. 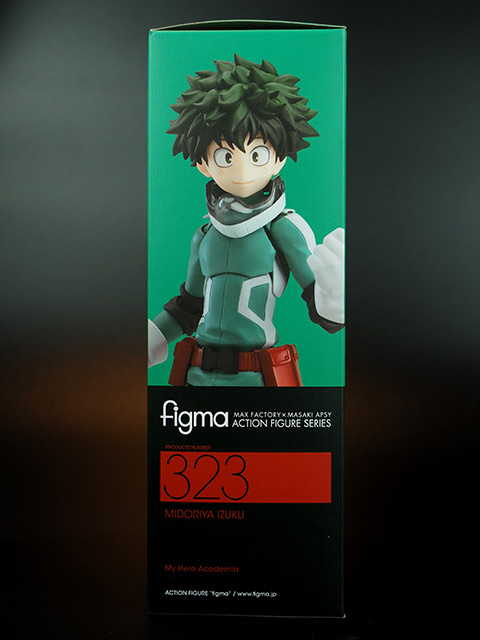 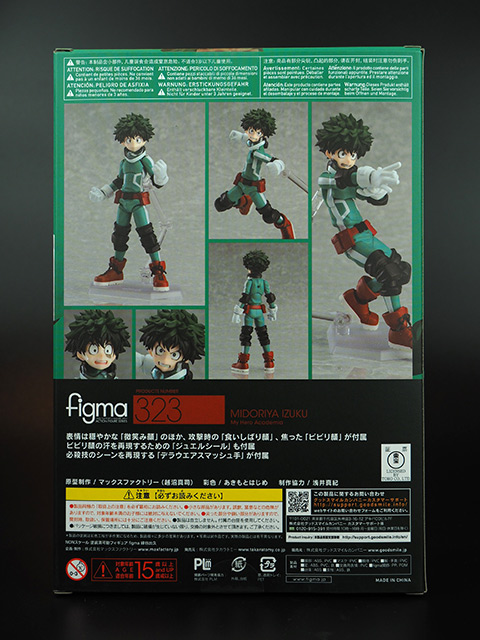 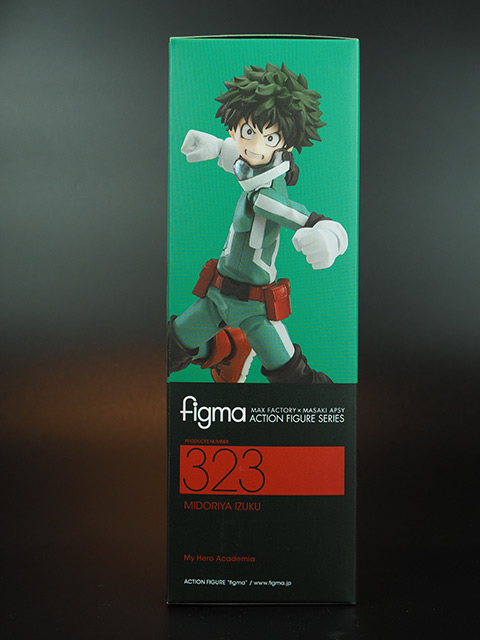 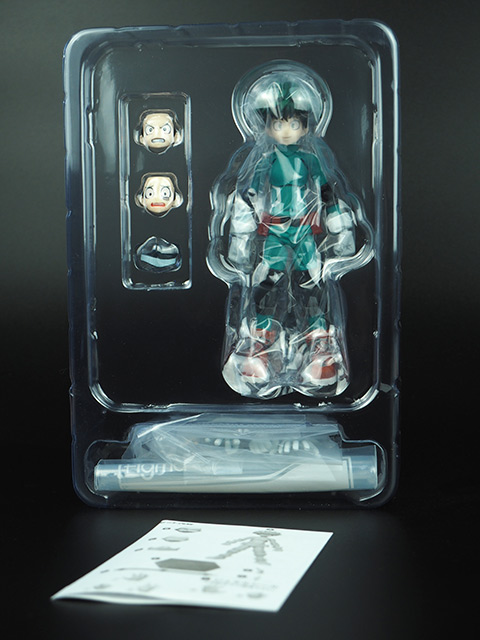 Inside, you get the following accessories 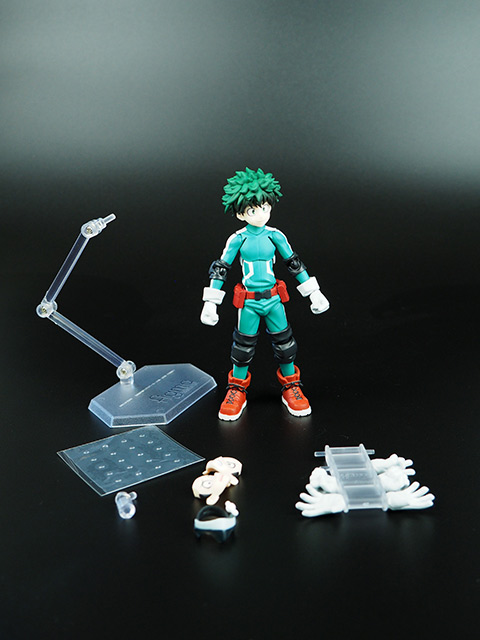 Midoriya's constume is based on it's appearance in the first season of My Hero Academia. It evolves as the series progresses, so i'm sure they will create new figures for that.

The bare bones figure is great. The joints are smooth with a wide range of motion, and the rubber-ish construction of the body parts means things get out of the way when posing. Clever cuts in the shoulders mask the seams, but leave some gaps if not positioned correctly. 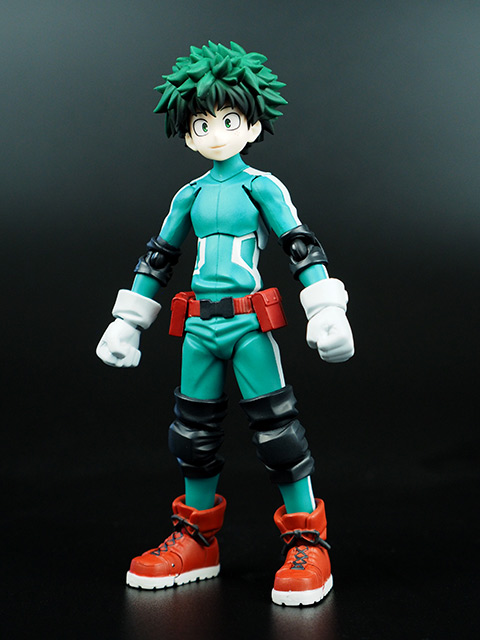 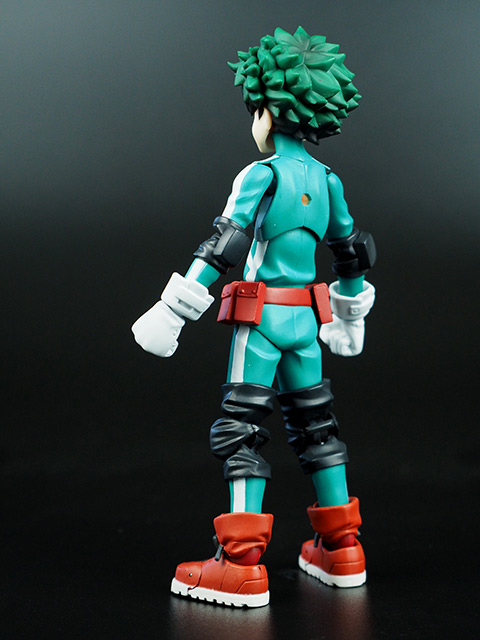 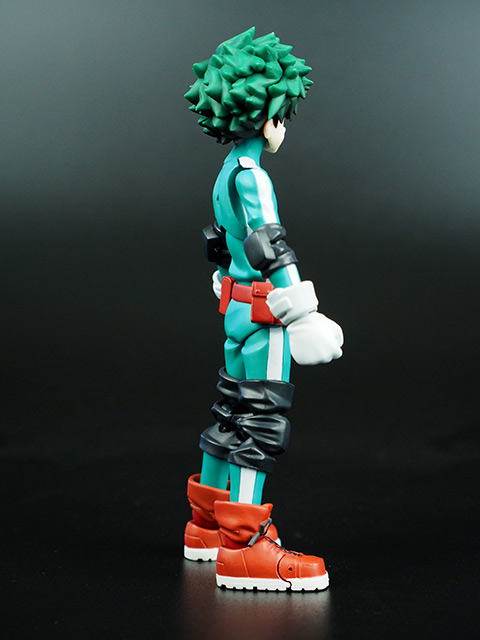 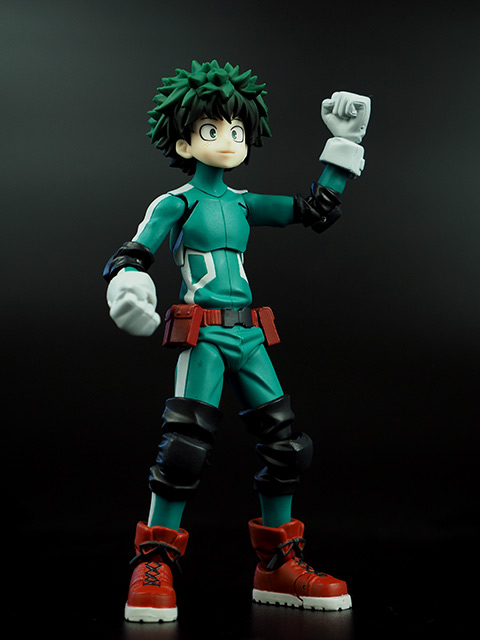 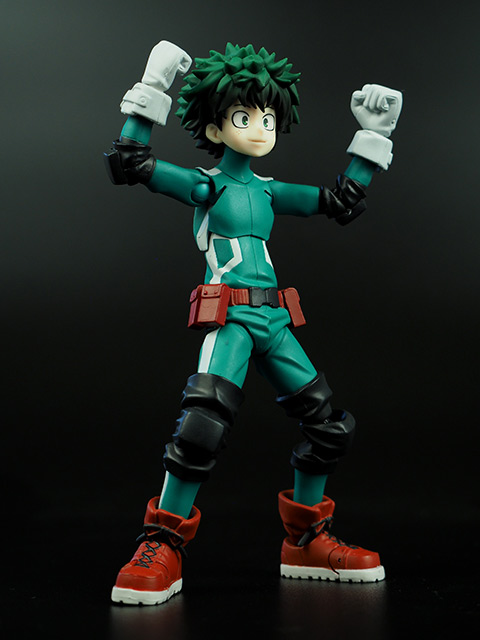 The neutral face is fine, but he comes alive with the angry face. To swap faces, simply remove the front part of the hair and the pull off the face. 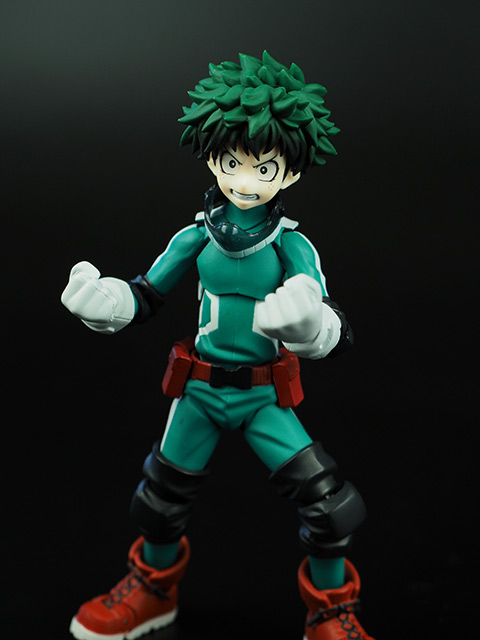 Midoriya comes with two sets of closed fists - one set has a hole in them as if he was holding something, the other does not. But the great one is the hand that lets you replicate the Deleware Smash attack. 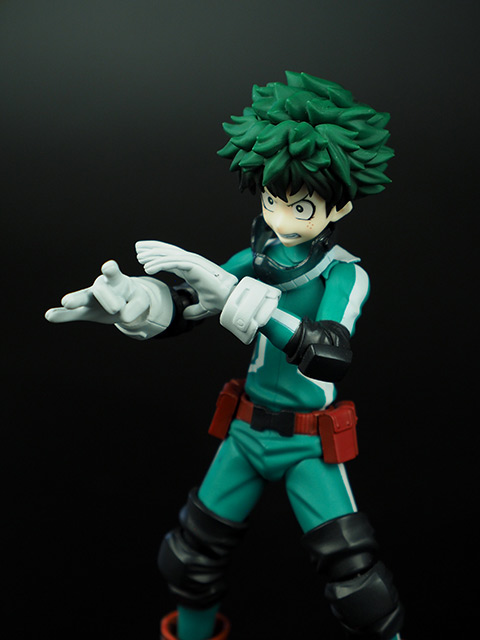 Early on in the series, Midoriya is unable to use his powers without severly injuring himself. He learns over time to control his power by using techniques to limit his output. The Deleware Smash attack is basically just a finger-flick - but the shockwave it emits sends enemies flying. 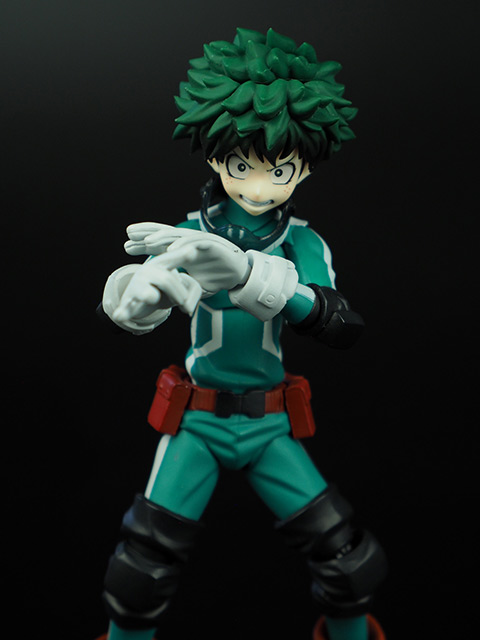 With the addition of the figma stand, you can get more aggressive and dynamic poses. The fit of the peg into the back is a bit tight, and the joints on the stand get a bit loose. The stand can be tightened with a small phillips screwdriver. 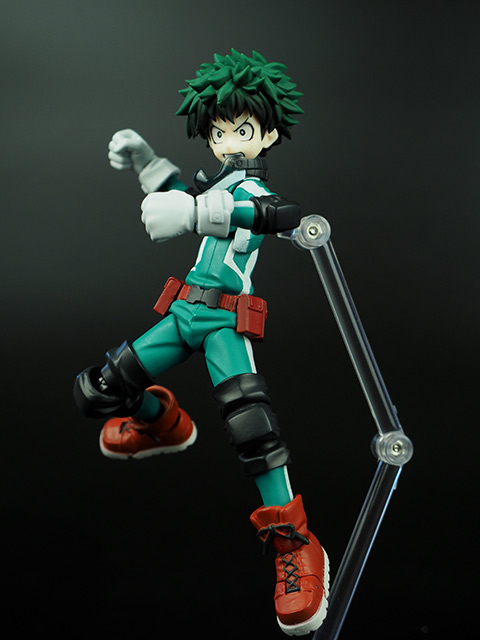 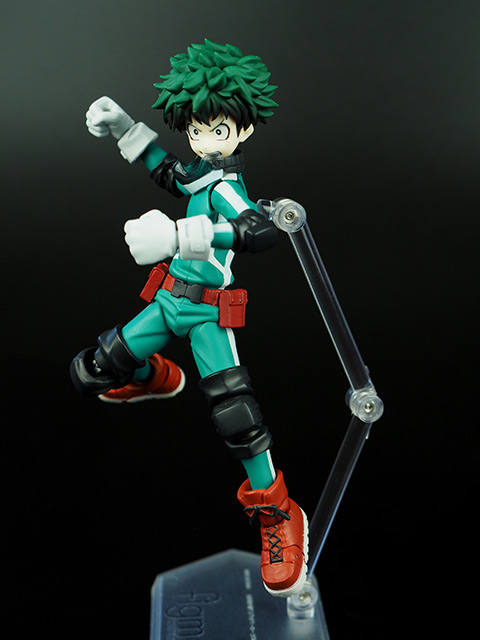 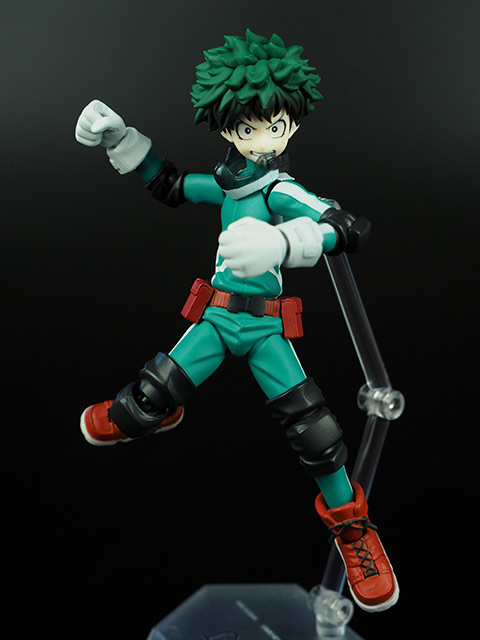 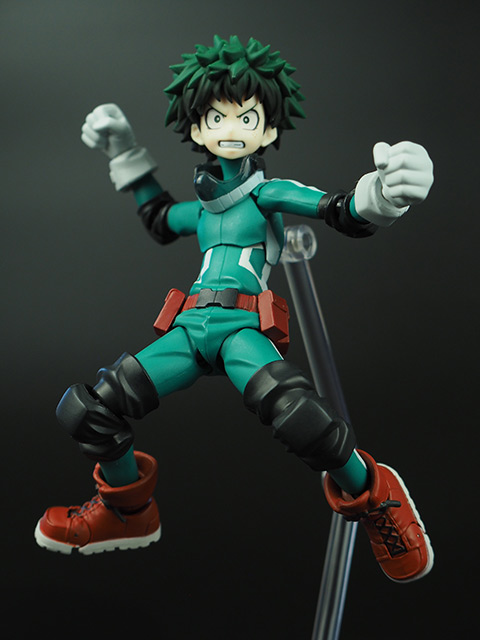 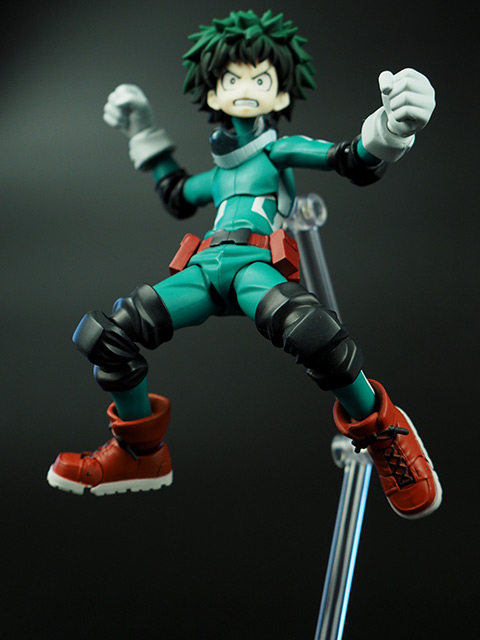 The last face is his worried face, and it's got a lot of charm. One of Midoriya's most enduring trait is his humility, and this facial expression captures that. But to add to the effect, Goodsmile has included a sticker sheet of perspiration! That's right, you can actually add swear (or tears) to the figure. There are a bunch of them provided, and it probably helps to have tweezers or a hobby knife to apply them. 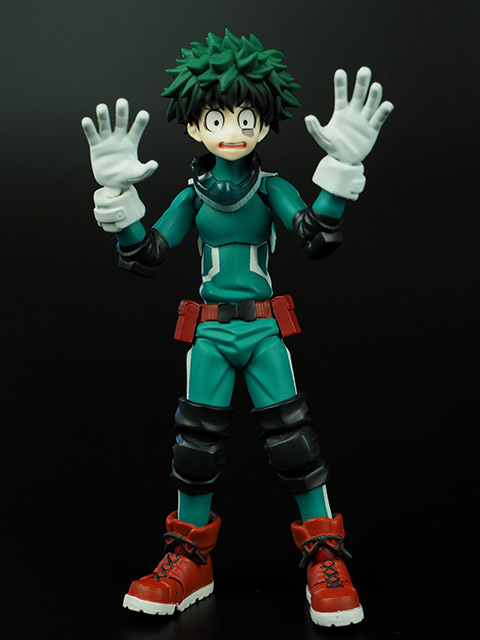 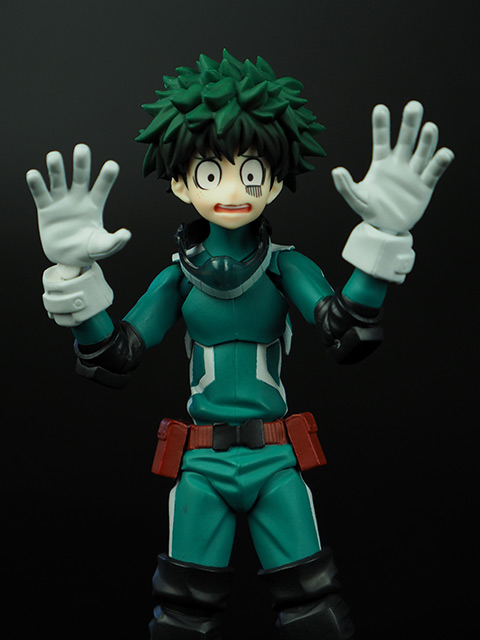 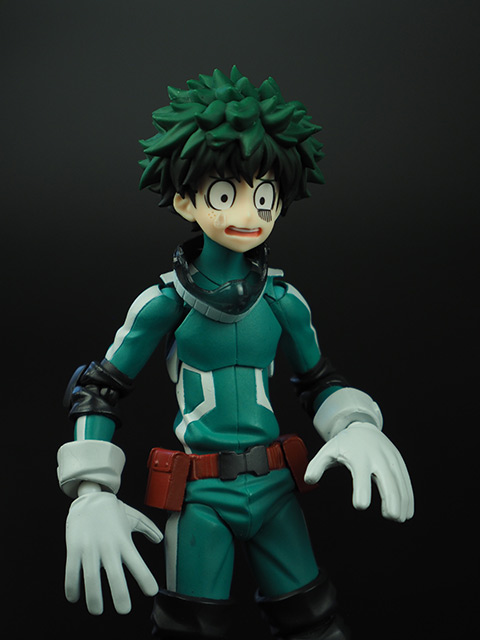 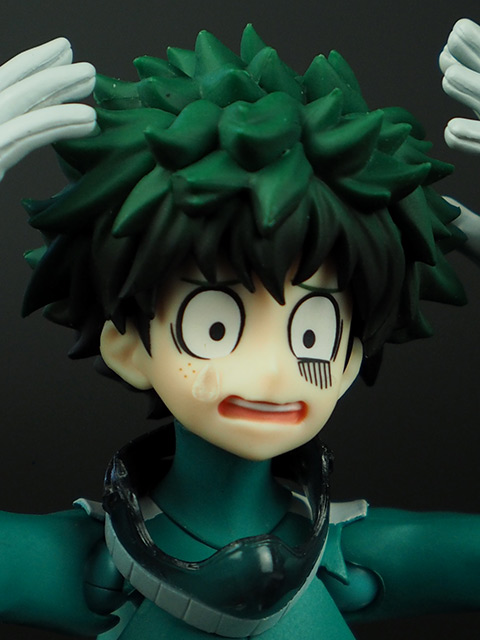 Overall it's a fantastic figure, but I did find one small issue with it - some kind of small discoloring on the right-hand thigh - maybe a dot of paint or something. It doesn't bother me too much, but it's just something you should be aware of. Any reputable retailer should exchange it if yours has an issue.

figma Izuku Midoriya arrives courtesy of HobbyLink Japan. Click here to get yours! 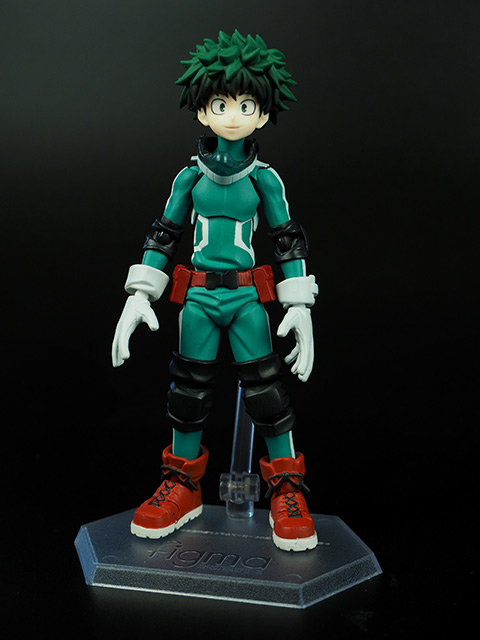 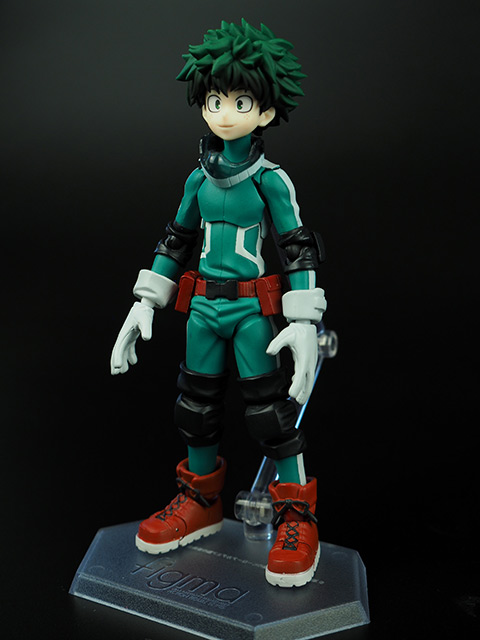