Ironworks is one of those Transformers that exists to be useful to other Transformers as well as being one itself. He transforms from a robot to a maintenance platform. That platform can be connected to other Earthrise Transformers, either through the ramp system that this toyline utilizes, or as add-on parts for other robots. There's a lot of play value in here, and some ingenious engineering. 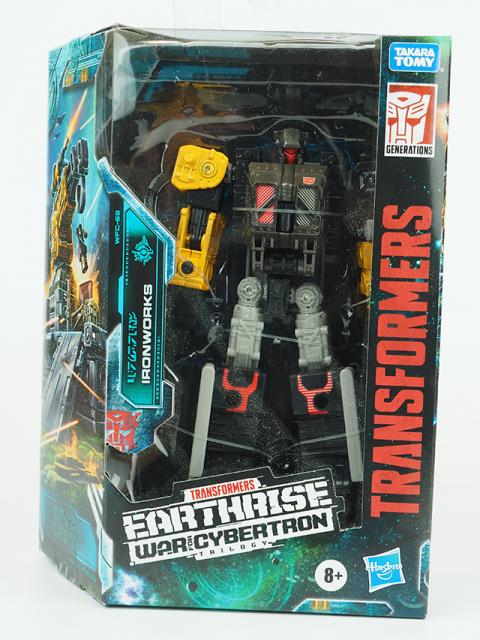 The packaging is similar to the War for Cybertron Siege line, but the Earthrise figures are packed with a translucent red code reader, much like the original G1 toys. This lets you see hidden messages in the packaging. Specifically, there's usually one printed on the insert behind the plastic tray. 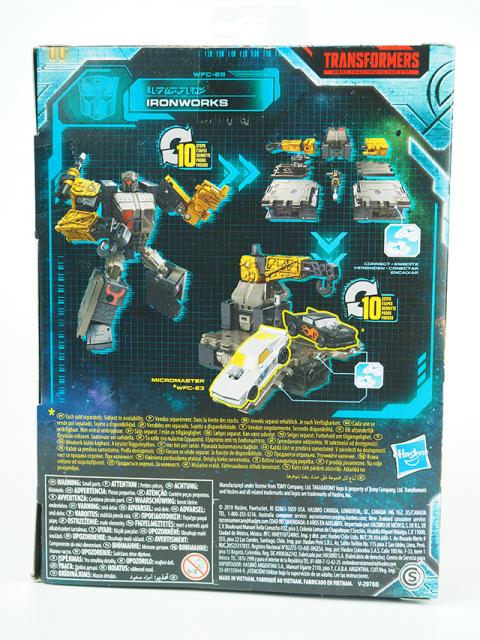 I love the industrial look of this guy, and I love the bright yellow enamel paint. This feels like something out of the Diaclone reboot more than Transformers. 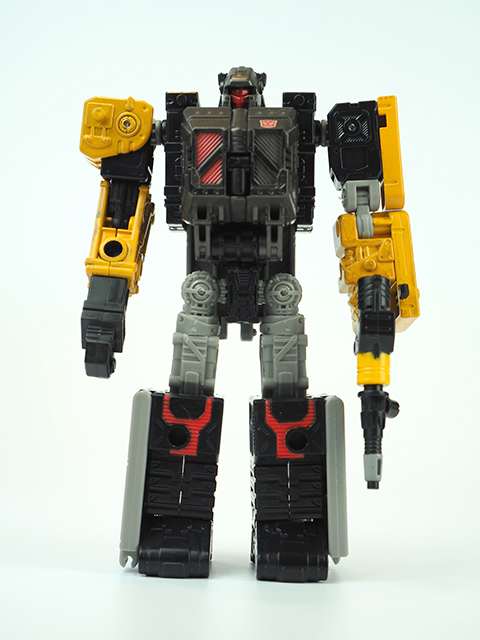 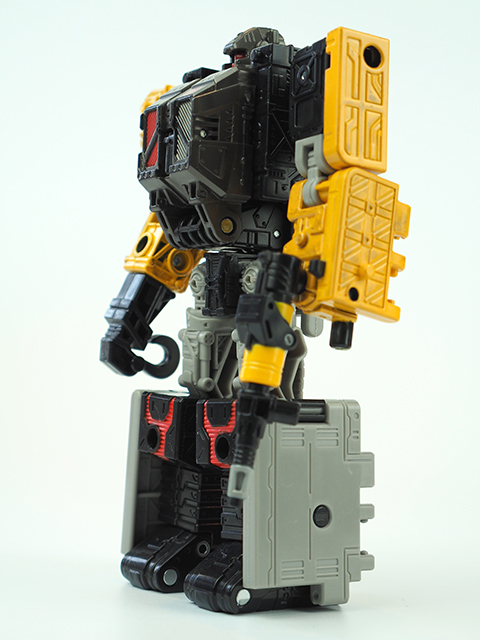 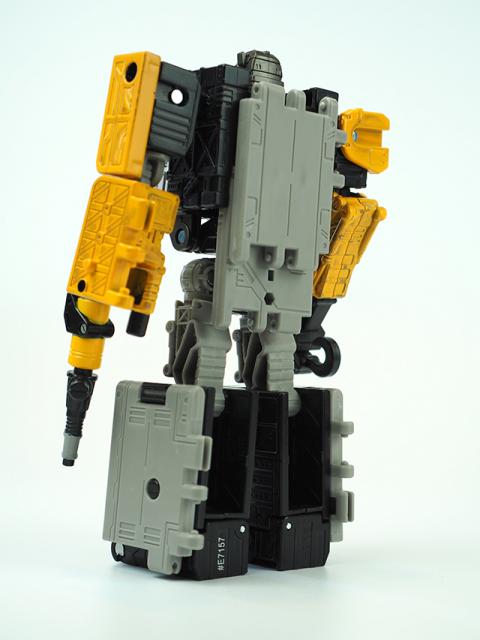 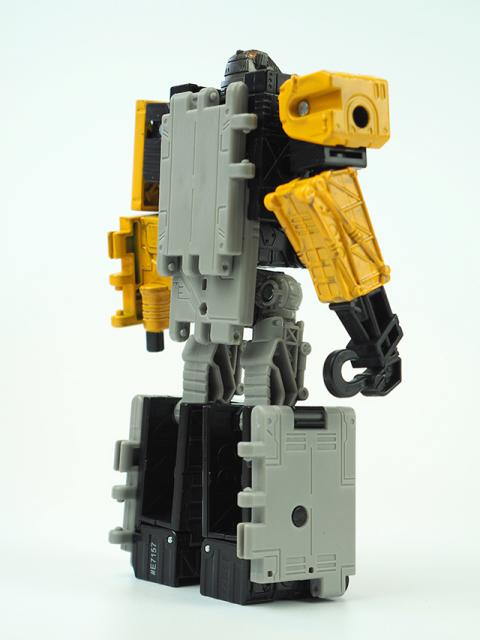 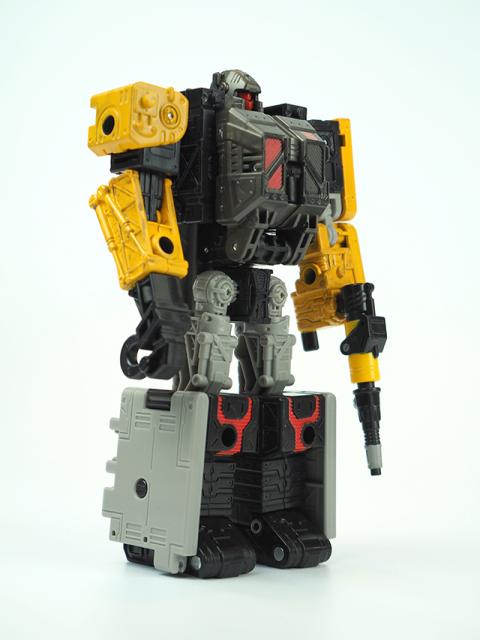 He's got the same great articulation we've come to expect from the Earthrise line, so he's super poseable. 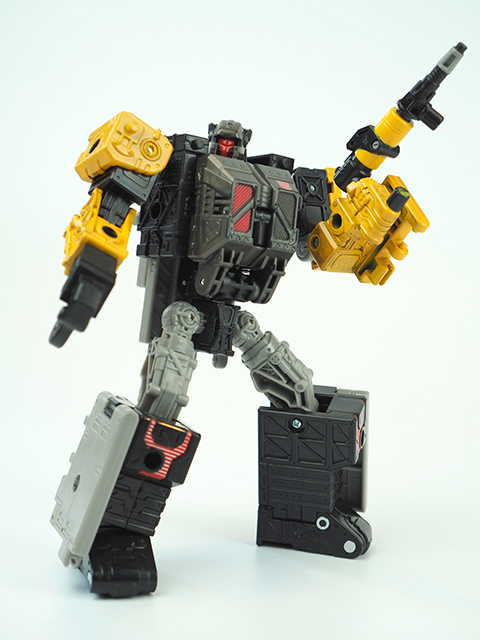 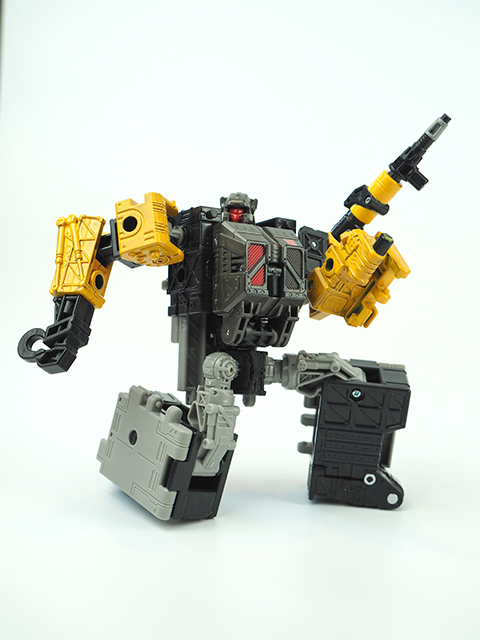 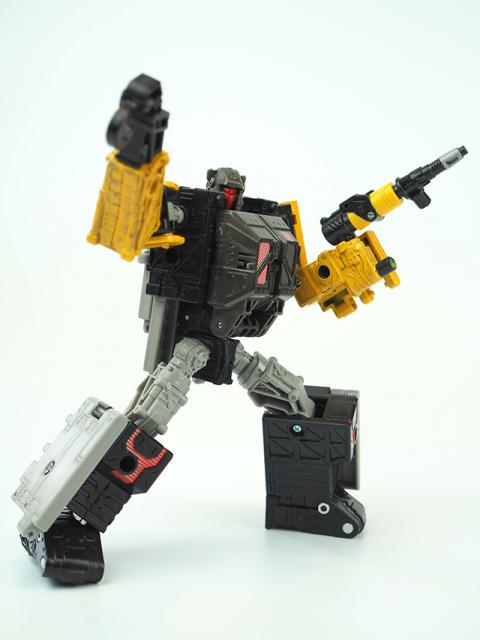 Ironworks is a partsformer, meaning he needs to be dissassembled to transform. 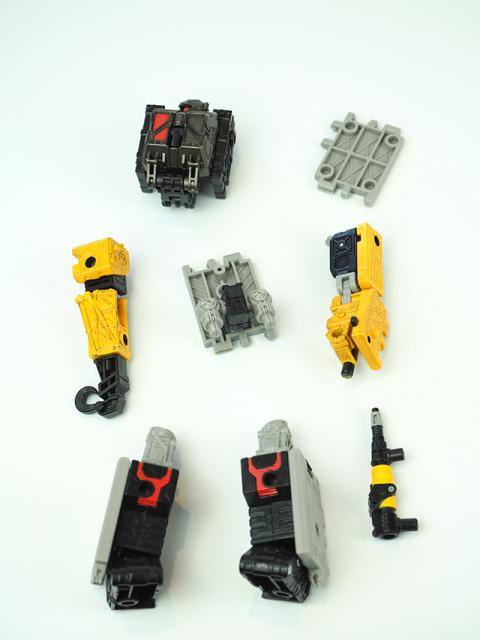 His alt mode is a service platform with a crane boom arm. It does a great job of utilizing all the parts in an interesting fashion, and none of it seems like an afterthought. 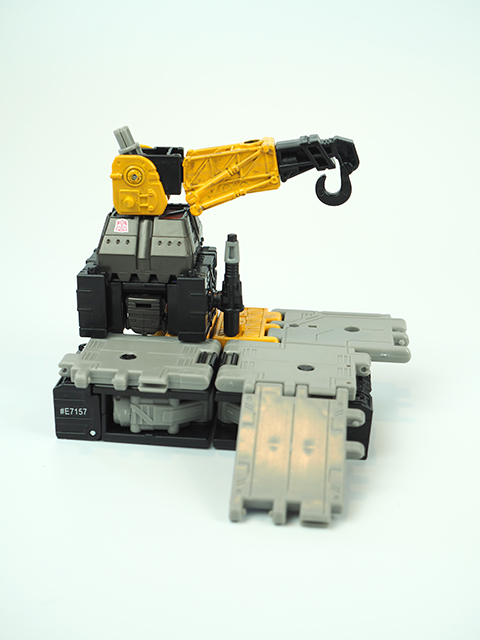 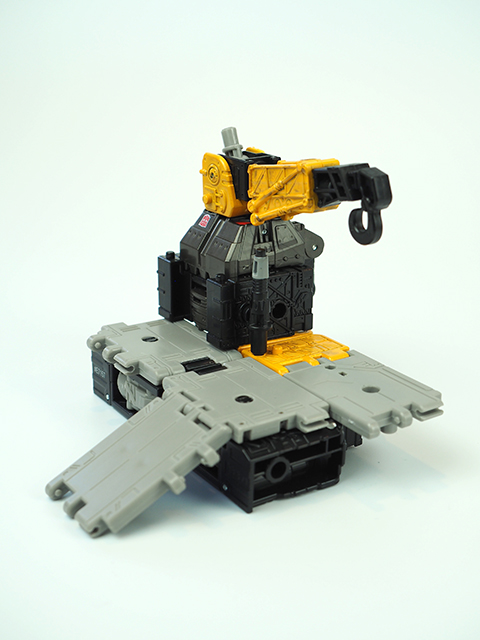 Each of the platforms panels can connect with other panels from other sets to create a larger set. They are designed to be in scale with the smaller, Micromaster-size Earthrise figures. As of this review, I don't have any of those, so instead here are some vintage Micromasters. 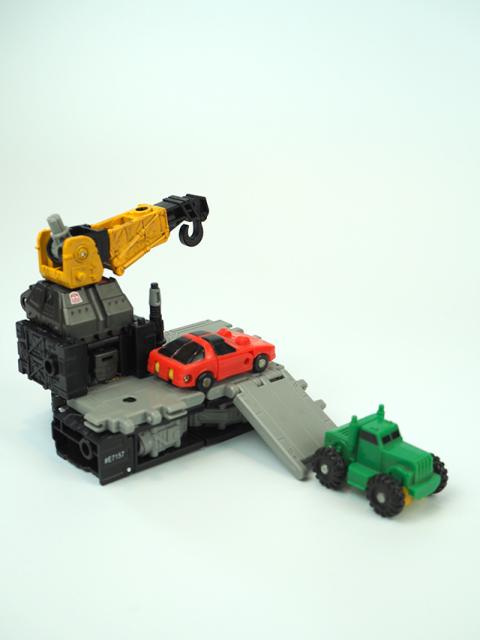 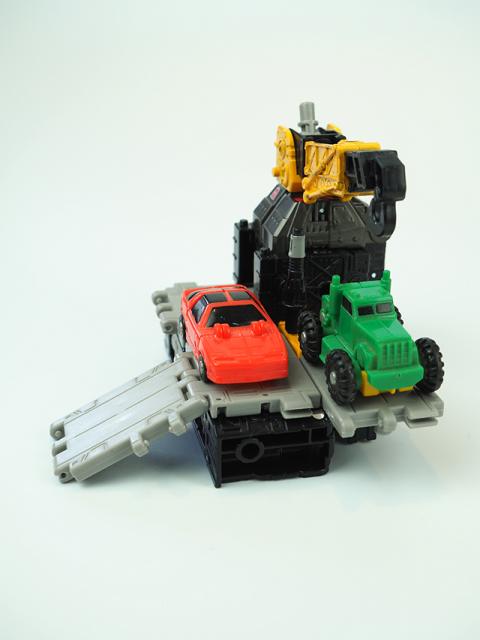 The base panels can also be combined together to form a bridge. 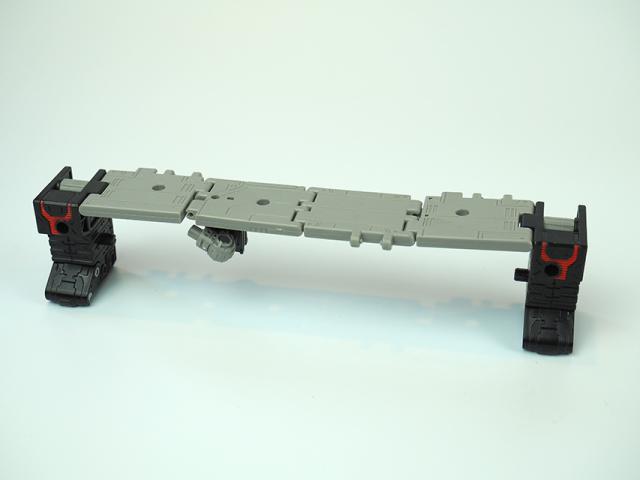 But as I said earlier, the parts can be combined with other Earthrise figures to give them a powered up mode. The instructions show it in use with Wheeljack, but as I don't have him yet, Hound will do. 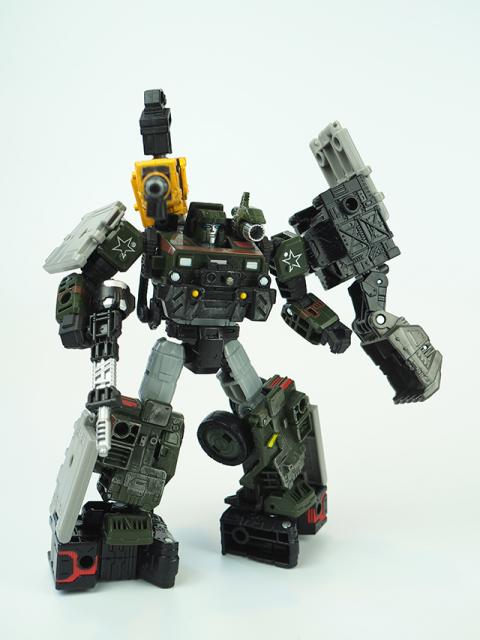 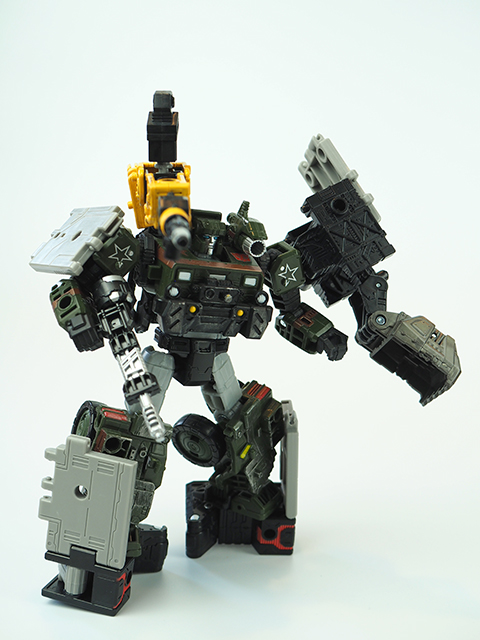 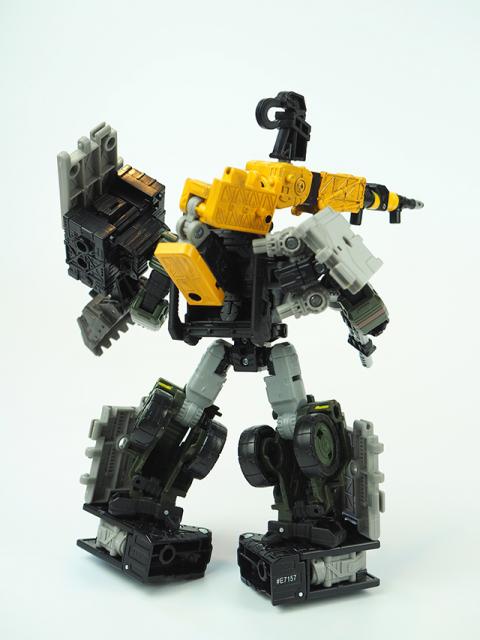 As with all Earthrise figures, there are small connection points for blast effects, both on the figure and on the weapon. 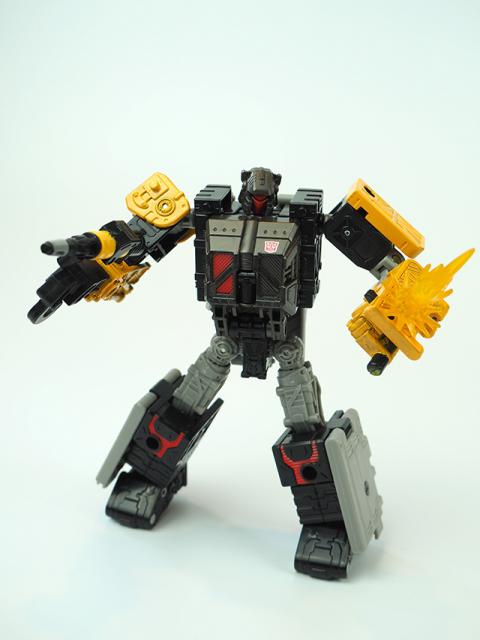 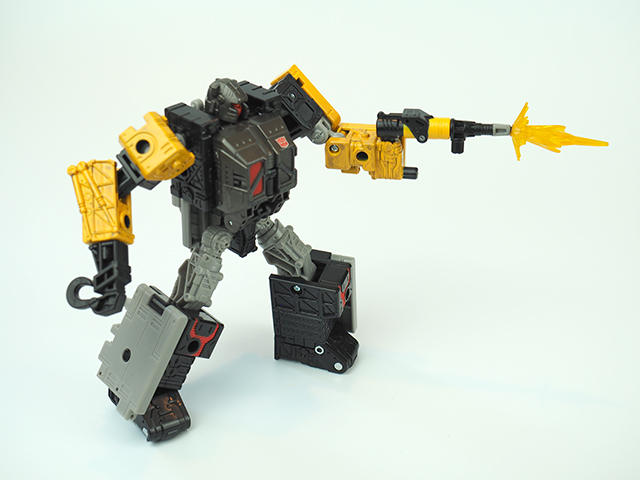 You can even use 5mm blast effect parts on the feet. 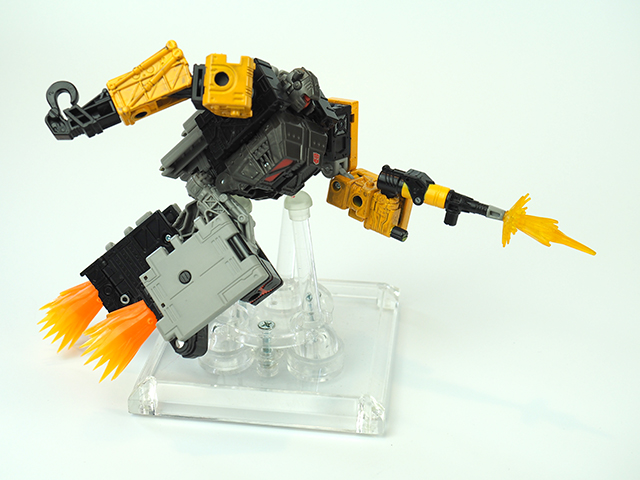 Want your own Ironworks? Get him here at Amazon.com

Very cool. Only Earthrise figures I have so far are Optimus and Astrotrain. Okay, technically he's a Siege figure, but I got the re-run in Earthrise packaging.

But like Siege & Power of the Primes before, I'm hyped for this entire line.